Ready to be surprised? The closest urban hub to Denver International Airport isn’t Denver. It’s Aurora, a city overflowing with local ingenuity, cuisines that would render Anthony Bourdain speechless, and some of the most easily accessible outdoors in the state. It’s one of Colorado’s most diverse cities, and one of its largest, too.

Aurora welcomes most visitors into the Centennial State and sends them off when the time comes to depart — and we’re not just talking to the airport. Aurora is your gateway to adventure in Colorado’s famed Rocky Mountains, and here’s why.

It all starts with the lodging options… 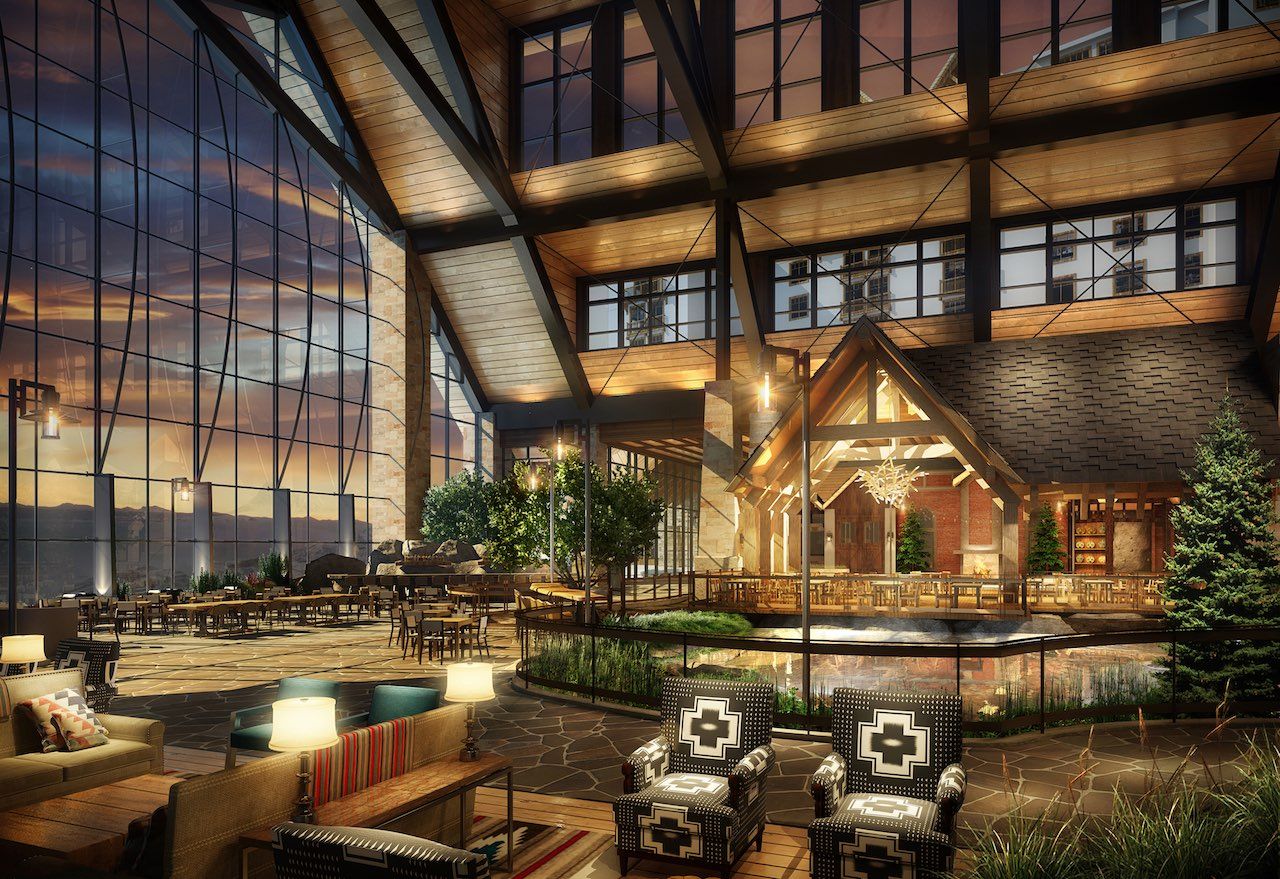 Booking a hotel that you actually want to spend time in is a novel concept — and that’s exactly what you’ll get at the new Gaylord Rockies Resort & Convention Center, which opens later this year.

Out of the loads of reasons seasoned travelers are loyal to Gaylord, Aurora’s reason is perhaps this: water. Yep. In a shot of style rivaled only by the likes of Vegas, Aurora’s “Castle on a Hill” features an indoor water park that even adults are going to love. There are also tons of dining options, an amphitheater, bike paths (and rentals), and views of the Rocky Mountains that no other Front Range hotel can offer.

If you’re looking for a more intimate experience, Woolley’s Classic Suites is the place to be. Show up early for the complimentary Manager’s Cocktail Reception, a nightly event that will make you rethink your opinion on the hotel bar scene. The kitchen doesn’t mess around, either — cooked-to-order breakfasts are just another part of the experience.

…and from there, what you do is up to you.

You’re not coming to Colorado to sit around and do nothing. Aurora knows this. Stop in and check out the biking and hiking trails galore, and know that there’s more than enough room — we’re talking 5,000+ acres of open space inside the city limits (that’s 97 developed parks to explore) — to stretch your legs no matter what activity calls your name.

We can’t move on, though, without calling Spider Monkey to the table. This place is like elementary school gym class on steroids, and it’s the perfect excuse to get back at anyone in your crew that schooled you on the slopes (or to win a quick round before you ever get on the chairlift.) They’ve got extreme dodgeball and air dunking powered by crazy trampolines — or maybe a bit of slacklining is more up your alley? Spider Monkey might also be the best place in the state to let the kids blow off steam after a long flight. 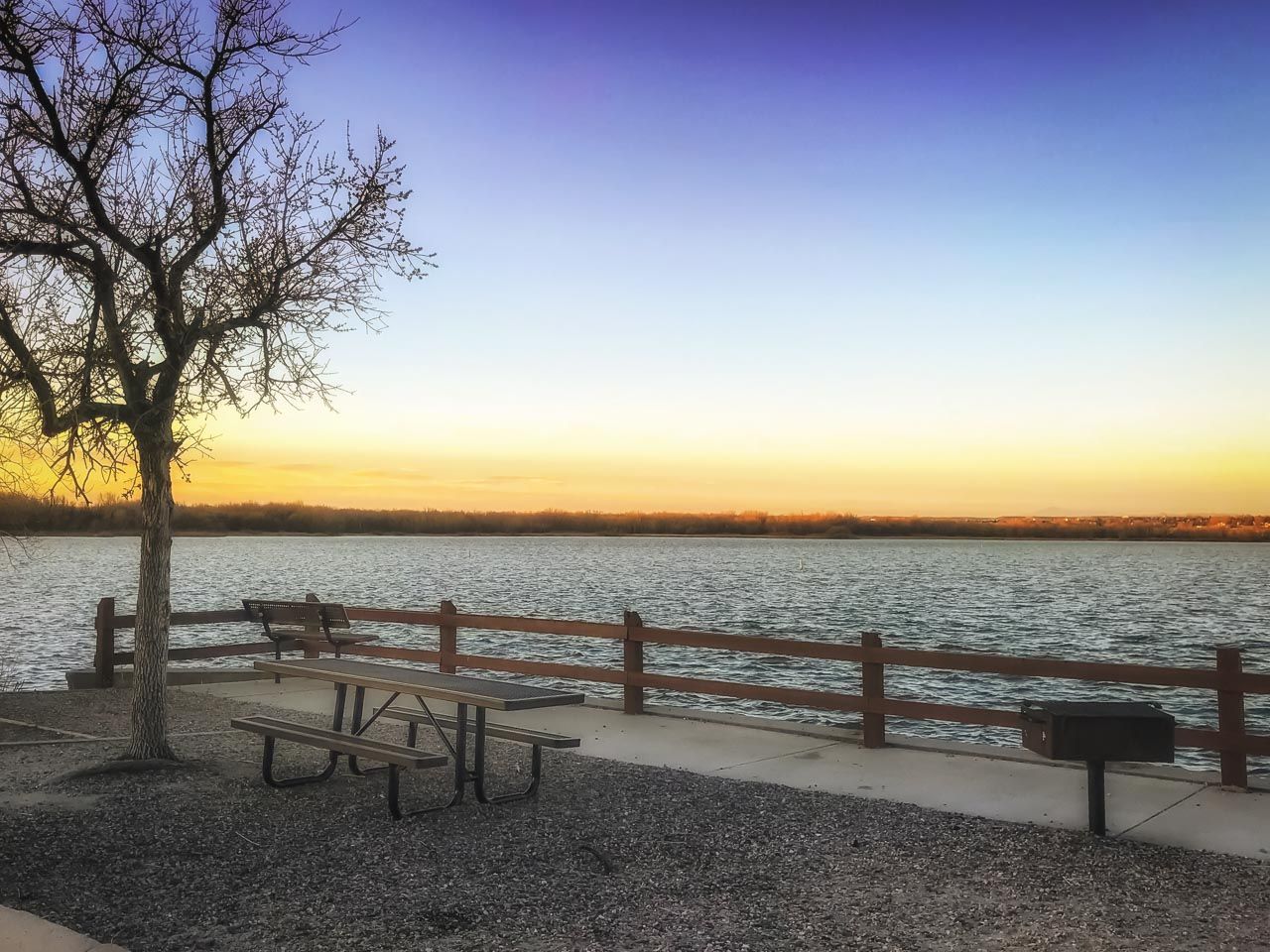 Here’s that whole “water” thing popping up again, making Aurora even more awesome. Cherry Creek State Park, on Aurora’s southwestern edge, is a hotspot for boaters, bikers, SUPers and lazy beachcombers. And the city’s eastern side is home to Aurora Reservoir Park, among the most beautiful destinations for a leisurely afternoon anywhere in the state.

In a true nod to innovation, you can pedal your way into the park on an e-bike from Pedego Electric Bikes and ride right up to the park’s white-sand beach. (Beaches in Colorado? Welcome to Aurora.) While there, you can even snag your scuba certification.

All this means you can escape the city and still be within city limits.

Much of Aurora is wide open and undeveloped, meaning you can take part in some legitimate country activities in Colorado’s third-largest city. Case in point: You can get your corn-dog-and-horseback-riding fix at the annual Arapahoe County Fair each July, and rodeos and special events take place throughout the year.

Next door, Arapahoe Park brings a taste of the Kentucky Derby to Aurora with its annual schedule of horse races. Then check out the Plains Conservation Center — buff up on pioneer life, and learn how Colorado’s Front Range was first settled. You’ll be leading barstool conversations on Colorado history by the time you get into the mountains. Round out the night with line dancing and down-home cooking at Stampede, where you may find yourself throwing down on the mechanical bull after a few cold ones. 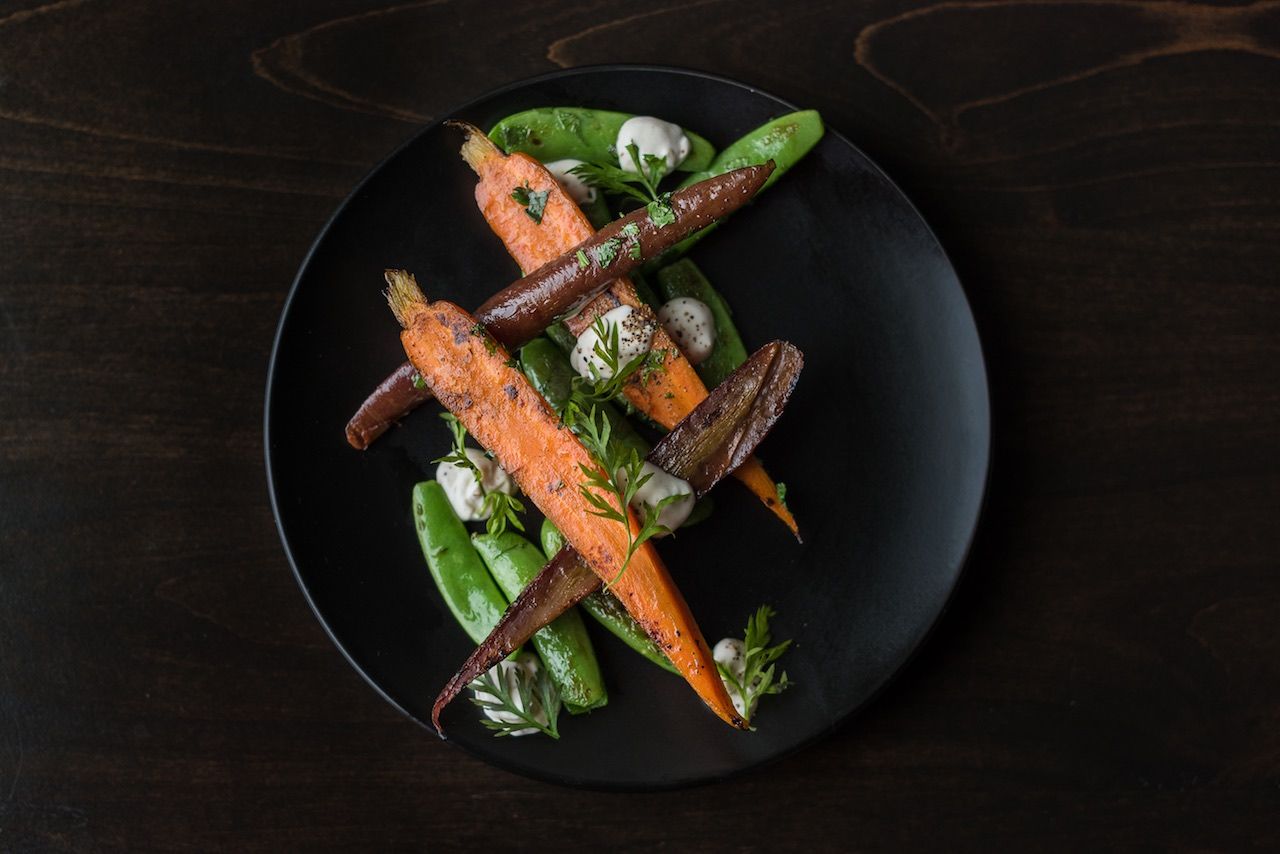 Photo: From the Hip Photo for Annette

Colorado has a definite appetite for craft, and there’s no shortage of caffeine to fuel your outdoor adventures. Jubilee Roasting Company is the perfect example, a brand built around the concept of “emancipation, restoration, and celebration.” It’s an ode to freedom that founder Peter Wanberg celebrates through in-house roasted coffee and a dedicated creative space for local artists. They even give their coffee away for free at their monthly Day of Jubilee.

Jubilance doesn’t stop after coffee-drinking hours, though (assuming, of course, you put the caffeine down at night). When you care to switch to something a bit stronger, try the legendary Apricot Blonde Ale from Dry Dock Brewing. Their “north dock” location is just a short drive from the farm-to-table dining at Annette (try their signature roasted half-chicken with dandelion greens, garlic, brown butter, and sherry vinegar), right inside the innovative Stanley Marketplace.

…and the nightlife is legit.

There’s a saying here that “the best way to ruin a powder day is to show up hungover.” Well, Aurora sits at 5,471 feet above sea level, and a night on the town is one of the best ways to acclimate yourself to altitude without heading straight up to the high country.

Part scavenger hunt, part bacchanalian homage to local beer, the Aurora Craft Brews Tour is unique in that it’s organized by the city’s public library. Talk about going all in on community support. Visit the Aurora Public Library between May 1 and October 31 to pick up a passport, which you’ll take to participating area breweries to get stamped as you sample what’s on tap. Collect four stamps and get a glass; eight stamps gets you and glass and a growler (prizes can be claimed at the library through November 7).

And then there are the clubs. Colorado’s best bands have been rocking the stage at Zephyr Lounge for decades now (seven decades, to be precise). Some nights it’s songs you grew up on, others it’s originals — either way, the booze flows as freely as the dance floor. Late nights tend to get rowdy at The Kasbah and The Frontier Club — if Kelli Said is playing, you know it’s going to be a party.

Above all, this is where Colorado comes together before hitting the mountains. 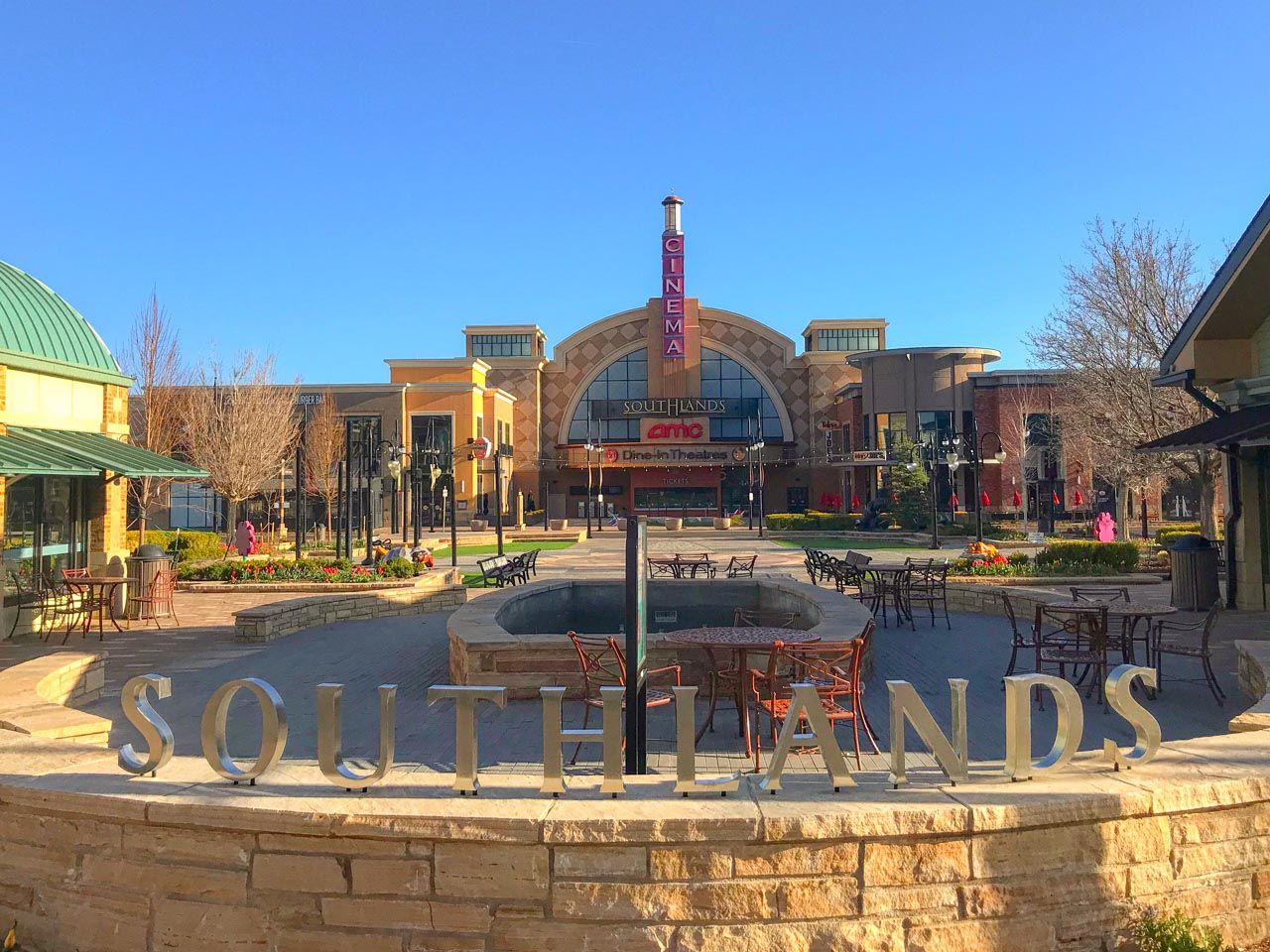 Ethnic cuisines drawn from time-tested family recipes tell the true story of Aurora, evident from the first bite of milanesa at Los Toritos. But the city’s food scene is only a piece of the pie, and every dish here seems built to pair with the outdoors.

Like this: Havana Street runs through the heart of town, making it easy to hit up some of the best shopping in the state (that’s you, Town Center at Aurora and Southlands). You can also jog through Hentzell Park or pedal your way down the Cherry Creek Trail, play a round of disc golf at Expo Park, or hit the links at CommonGround Golf Course before downing the best bowl of pho you’ll find this side of the Pacific.

Over the past 20 years, Aurora has become the essential merging point for everything that makes Colorado tick, a standing lesson in how a city can grow in all the right ways. You’ll thank yourself after you’ve checked it out. And when the call of the Rockies hits, all you’ve gotta do is jump on I-70.

This post is proudly produced in partnership with Visit Aurora.
Tagged
Insider Guides
What did you think of this story?
Meh
Good
Awesome

Diversity Has Made Aurora, Colorado, a Destination-Worthy Food City