Home to the Coral Triangle, sometimes known as the “Amazon of the Seas” thanks to its incredible biodiversity, Southeast Asia has attracted SCUBA fanatics by the boatload for decades. The region has many world-renowned dive destinations within its borders, so it’s little wonder that some of Southeast Asia’s best-known dive spots can feel overrun with herds of bubble-blowing tourists during peak seasons. If your idea of the ultimate bucket list dive trip includes having pristine coral reefs virtually to yourself, check out these lesser known locations that rival the region’s most famous marine life hot spots. 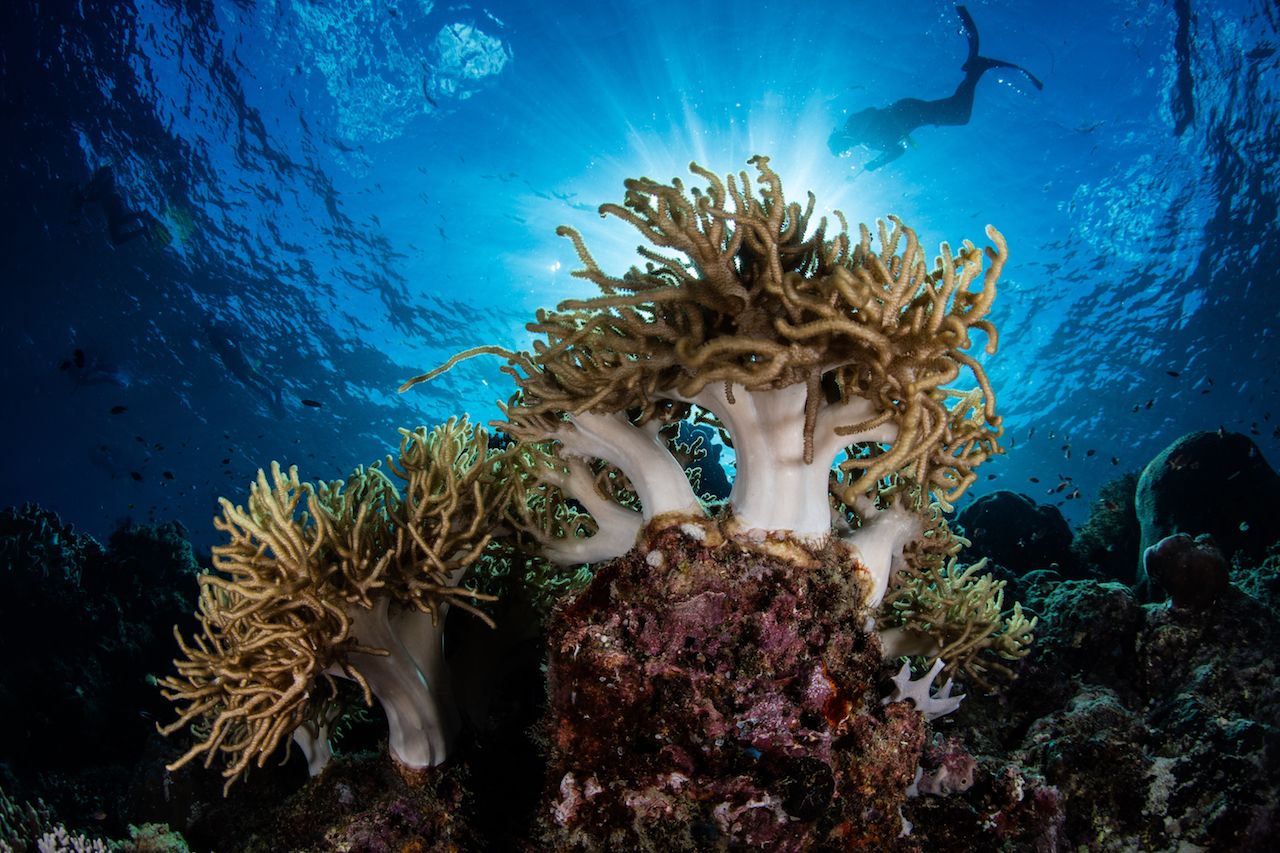 Experienced divers almost invariably uphold Indonesia as one of the top locations in Southeast Asia. Consisting of over 17,000 islands, Indonesia has no shortage of unspoiled reefs, scattered in remote locations reserved for only the most intrepid adventure divers. While Raja Ampat, Komodo, and Lembeh rank high on almost every diver’s bucket list, there are destinations of a similar caliber still considered under-the-radar — places like the Alor Archipelago in the country’s sparsely populated southeast. 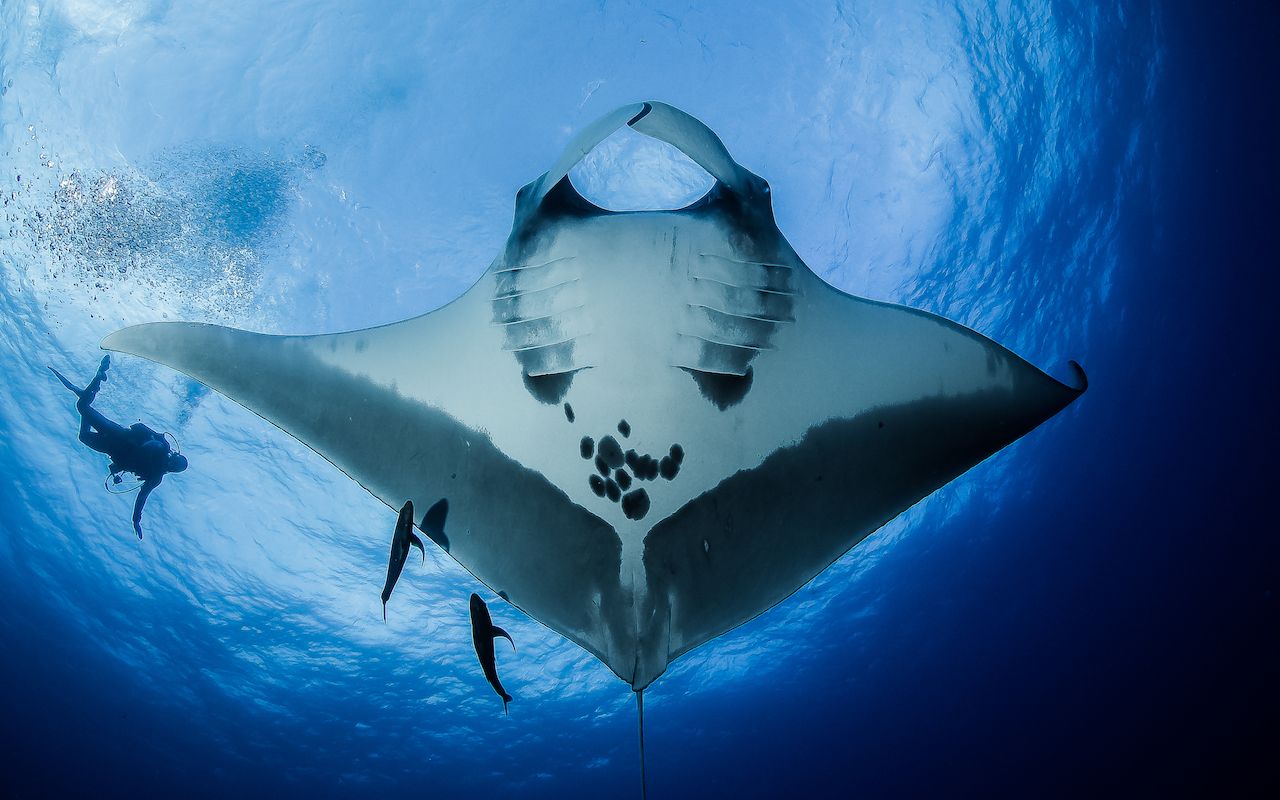 A remote marine park in the middle of the Sulu Sea, Tubbataha is completely void of human visitors, until the dive season opens for a brief three months between mid-March and mid-June. A handful of liveaboards make the 10-hour steam journey from Puerto Princesa in Palawan to what is considered the Philippines’ most pristine, wildlife-rich waters.

Unlike many reefs around the world, Tubbataha has been largely spared from heavy bleaching events and its reefs are blanketed with thriving colonies of soft and hard coral. Beneath the surface, a topography of caves, crevices, and overhangs create a wild and dramatic underwater landscape, coupled with visibility that often reaches 40m. The coral gardens are home to dense swarms of reef fish, and turtles are a common sight. Most Philippine reefs could hardly be described as “sharky,” yet Tubbataha’s protected status means sites like “Shark Airport” support a healthy population of sharks and rays. Expect to see reef sharks on most dives, and with a bit of luck, mantas, whale sharks, and perhaps even a tiger or hammerhead out in the blue. 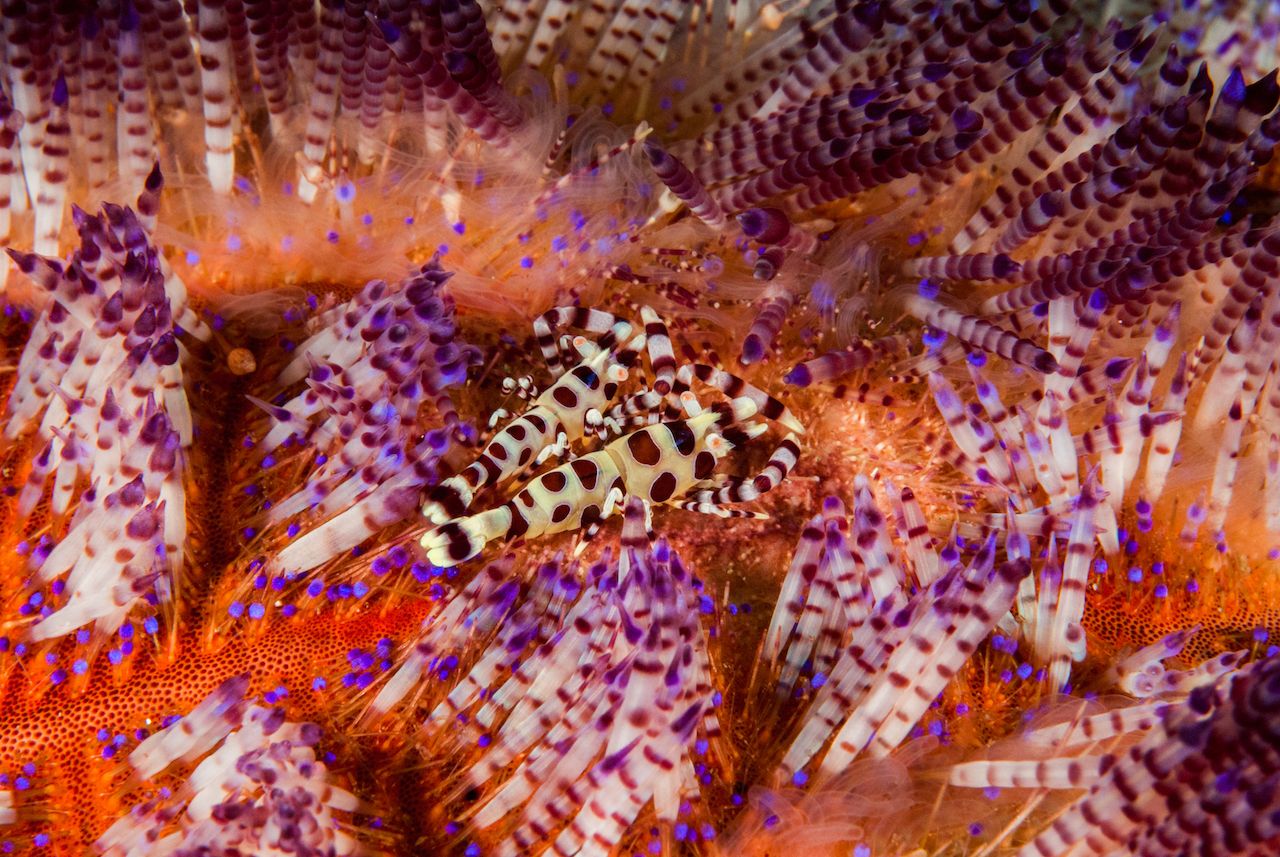 Ambon Island is situated in the Moluccas, the legendary Indonesian spice islands. The tranquil harbor at Ambon Bay is slowly gaining recognition as one of the world’s premier muck diving destinations, comparable to the macro critter capital of Lembeh — only with far few divers, and just a handful of (mostly) budget-end resorts.

Ambon Bay is paradise for photographers and “small stuff” enthusiasts (marine life, that is). It’s home to iconic species such as the vividly colored rhinopias scorpionfish, countless varieties of nudibranch, mimic and blue ring octopus, harlequin and marble shrimp, bamboo sharks, and bobtail squid. It’s also one of the only places in the world where the “holy grail” of critters has been sighted — the psychedelic frogfish. Ambon isn’t exclusively a muck diving playground. There are a few well-preserved reefs outside the bay, and even the wreck of an enormous cargo ship, the SS Duke of Sparta. 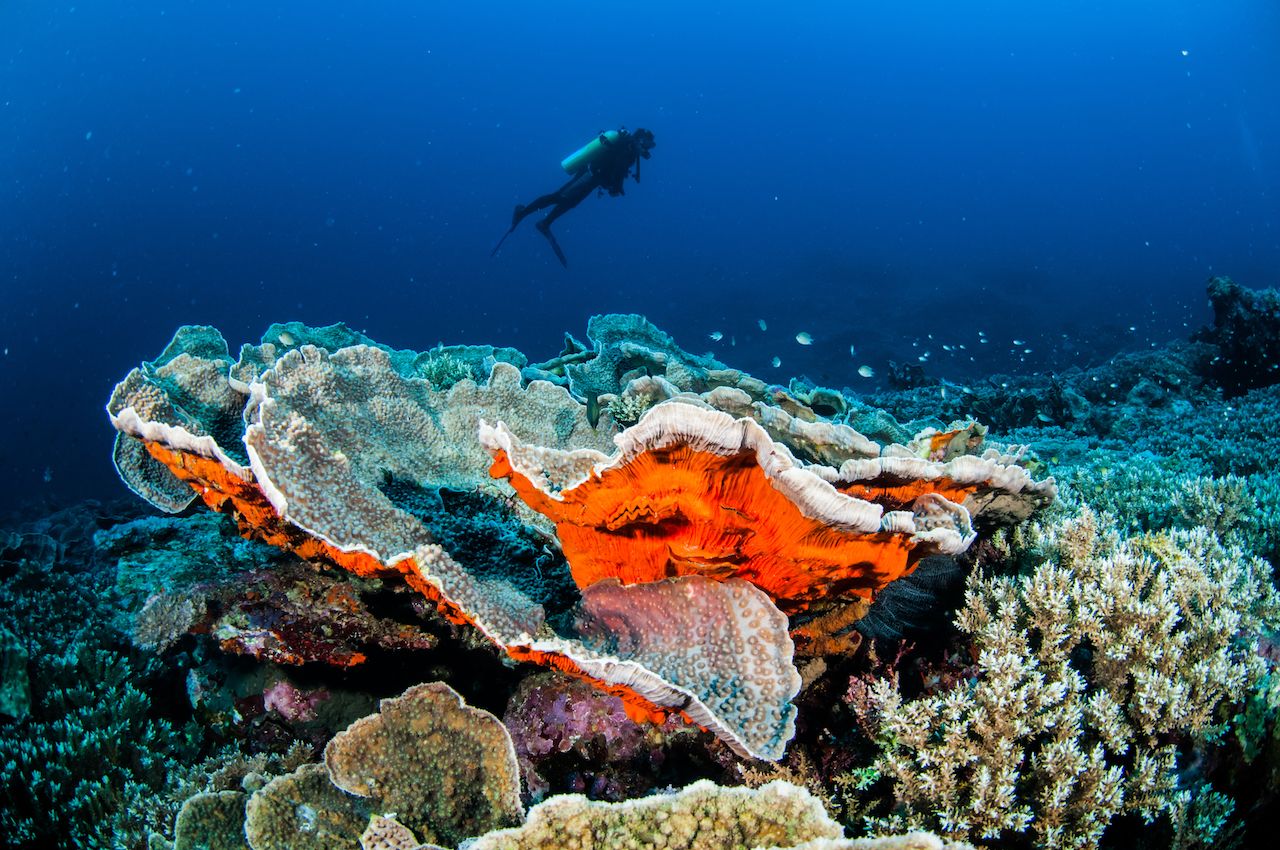 A sprinkling of tiny islands in the Banda Sea, an area known as the “Ring of Fire” for its frequent volcanic activity, the Banda Islands inaccessibility has kept them a mystery to divers for years. Today, there are just a few small resorts on the mountainous island of Banda Neira, the only settlement of significant size in the Bandas.

To truly experience the diversity the archipelago’s 10 islands, a liveaboard is recommended. Apart from world class coral reefs swarming with huge clouds of fusiliers and triggerfish, and a mesmerising volcanic landscape of caves, pinnacles, and lava formations, the Bandas are said to be one of the best places in Indonesia to come face-to-face with turtles and big pelagics including dogtooth tuna, barracuda, eagle rays, mobulas, and melon-headed whales. Schooling hammerheads are notoriously difficult to find in Southeast Asia since rampant overfishing decimated their numbers. Banda remains one of Indonesia’s last strongholds for migrating hammerheads. Come in October or November for the best chance of a soul-stirring encounter with schools over 50 individuals strong. 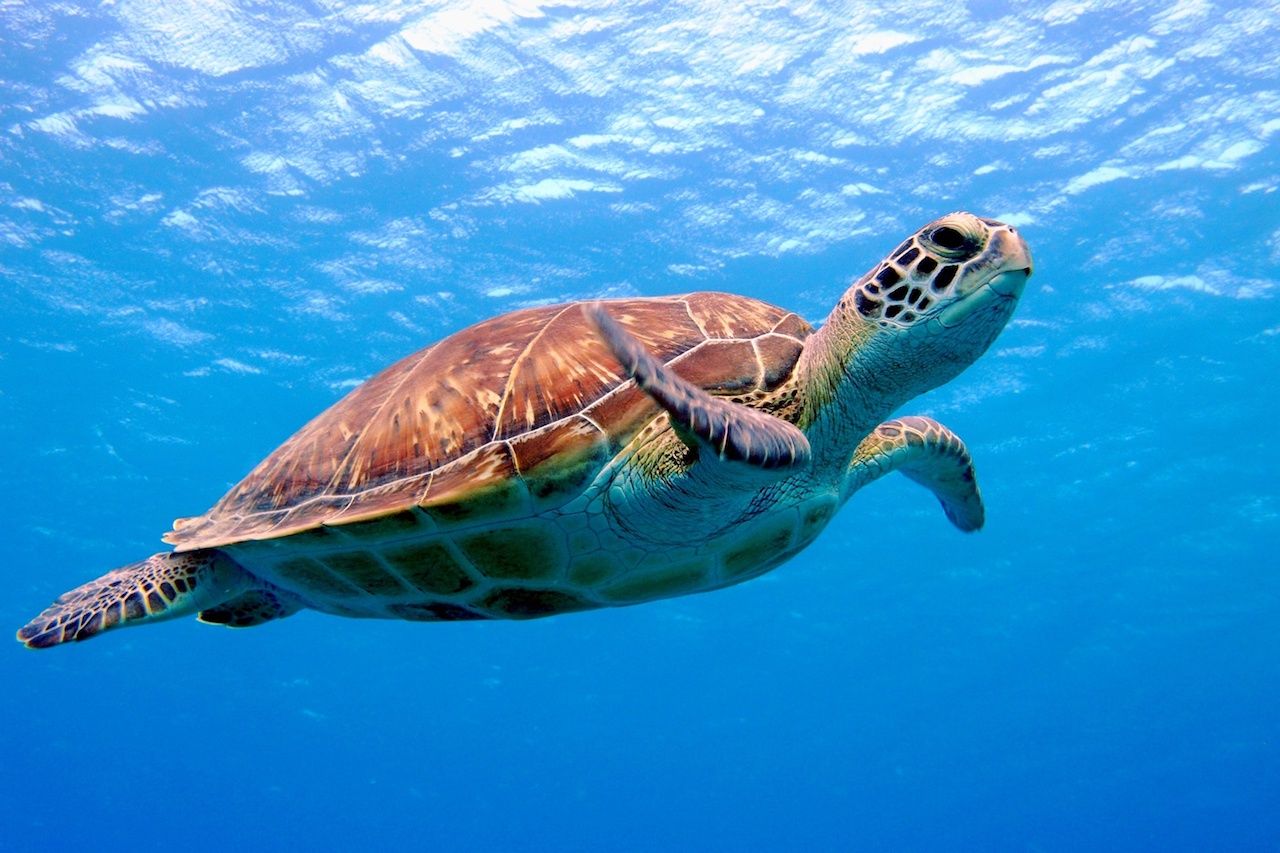 Not to be confused with the Philippine’s far more popular Apo Island in the province of Negros Occidental, Apo Reef Natural Park is located way off the coast of Occidental Mindoro, has no resort of any kind and is, in fact, the second-largest contiguous coral reef system in the world, and the largest in the country. The vast expanse of the marine park is dotted with numerous atoll-like reefs and three uninhabited islands.

Super-schools of fish are a rare sight in much of the Philippines, but at Apo, fields of hard coral support fishlife in breathtaking numbers. Expect to encounter walls of barracuda, swirling jack tornadoes, marauding giant trevally, curious Napoleon wrasse and enormous green and hawksbill turtles. Populations of large predators are slowly recovering after Apo was granted protected status in 1996. While white-tip reef sharks easily outnumber divers on most sites, you’ll need luck to catch a glimpse of a hammerhead or thresher shark.

Apo Reef is only reachable by liveaboard (and not the luxury kind). Trips depart sporadically, on a demand basis. Pandan Island Resort and Apo Reef Club on Mindoro offer “dive safaris” to Apo, or for something special, gather a small group of your best dive buddies and charter a private boat out of Dugong Dive Centre in Busuanga, Palawan. 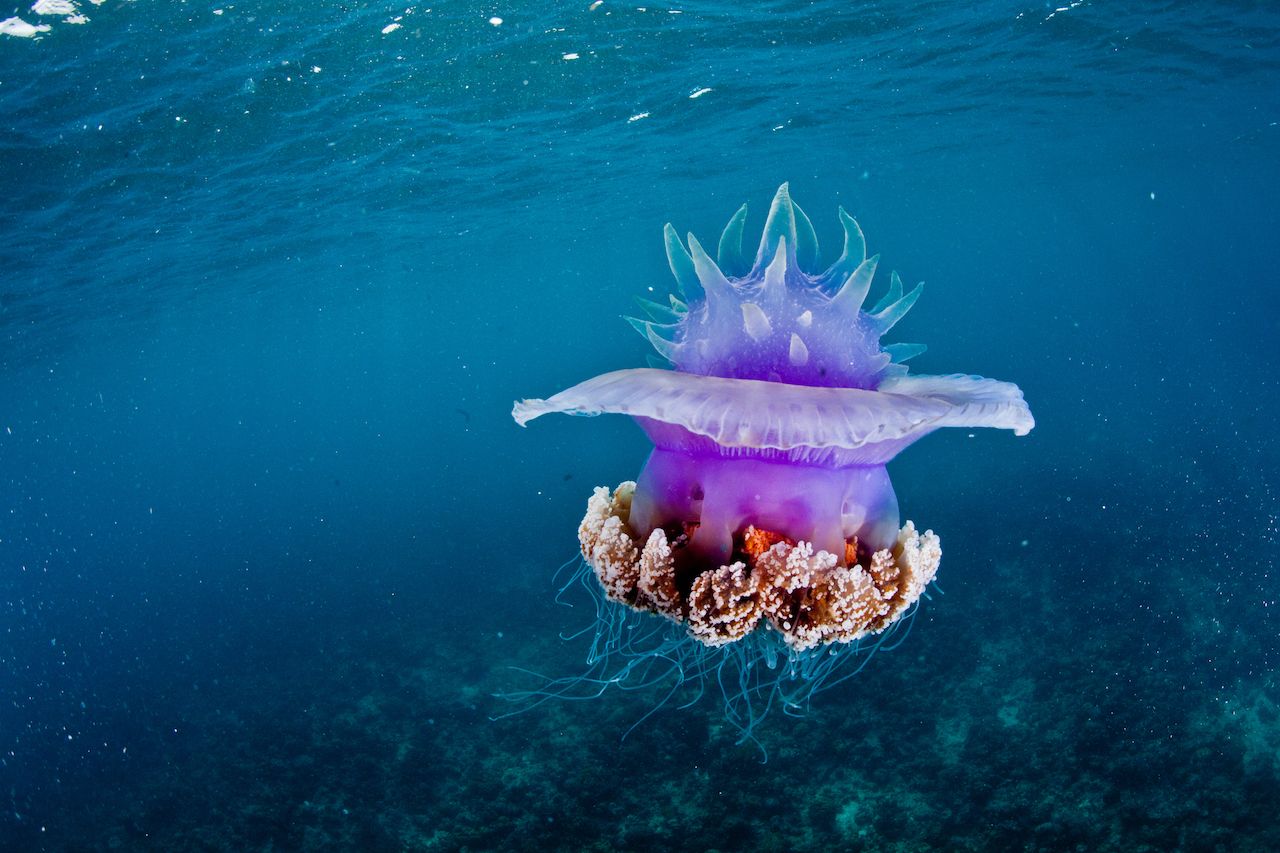 Several of the Philippine islands have gained reputations as hotspots for whale sharks, and inevitably, whale shark tourism. Unfortunately, shark tourism in places like Cebu has turned natural shark habitats into zoo-like spectacles, complete with hoards of overexcited tourists behaving badly and controversial feeding practices that are believed to affect the shark’s natural behaviors.

Fortunately, tourism operators in other whale shark hotspots have resisted the urge to use feeding to lure the sharks into shallow water. Padre Burgos in Southern Leyte is one such place. Even though it hosts a considerable population of migrating whale sharks between November and April, the area is surprisingly light on tourists. While organized shark-spotting trips are snorkel-only affairs, there’s a good chance of glimpsing one cruising by while you explore one of Southern Leyte’s 30 odd dive sites. The shallow shore dives offer good muck hunting for pygmy seahorse, mantis shrimp, nudis, and ghost pipefish, while further out, current-swept Napantao is an impressive, coral-covered sheer wall descending straight to 50 meters. 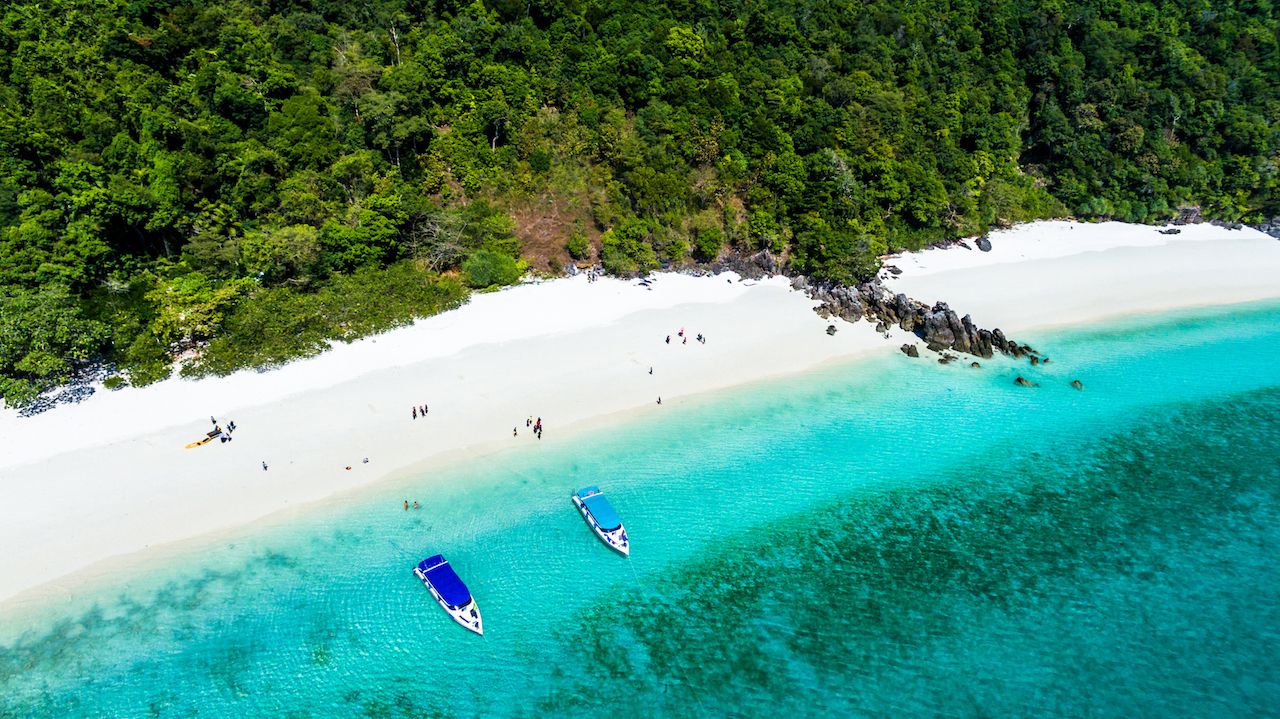 With tourism hampered by half a century of strict military rule, the dive industry is still finding its feet in Myanmar. Even so, small groups of intrepid divers have been coming via liveaboard from Thailand to the Mergui Archipelago for years, looking for a respite from the crowds of divers and snorkelers across the border.

While many of Myanmar’s inshore reefs have been severely damaged by unsustainable fishing practices, the relative isolation of the Mergui Archipelago has allowed it to remain a worthy liveaboard destination for SCUBA enthusiasts seeking complete solitude and even the chance to explore as-yet undiscovered dive sites. With over 800 ruggedly forested islands, ringed by white sand beaches, sailing the Mergui resembles the tourist-less paradise of the Thai islands 30 years ago.

Many of the islands are surrounded by mangroves, which can result in less than stellar visibility, but they do provide a habitat for millions of juvenile reef fish and even the elusive dugong. Mergui’s rock islets harbor a number of underwater caves, while the famous Western Rocky island sports a diveable passage right through its heart and is often visited by majestic whale sharks. 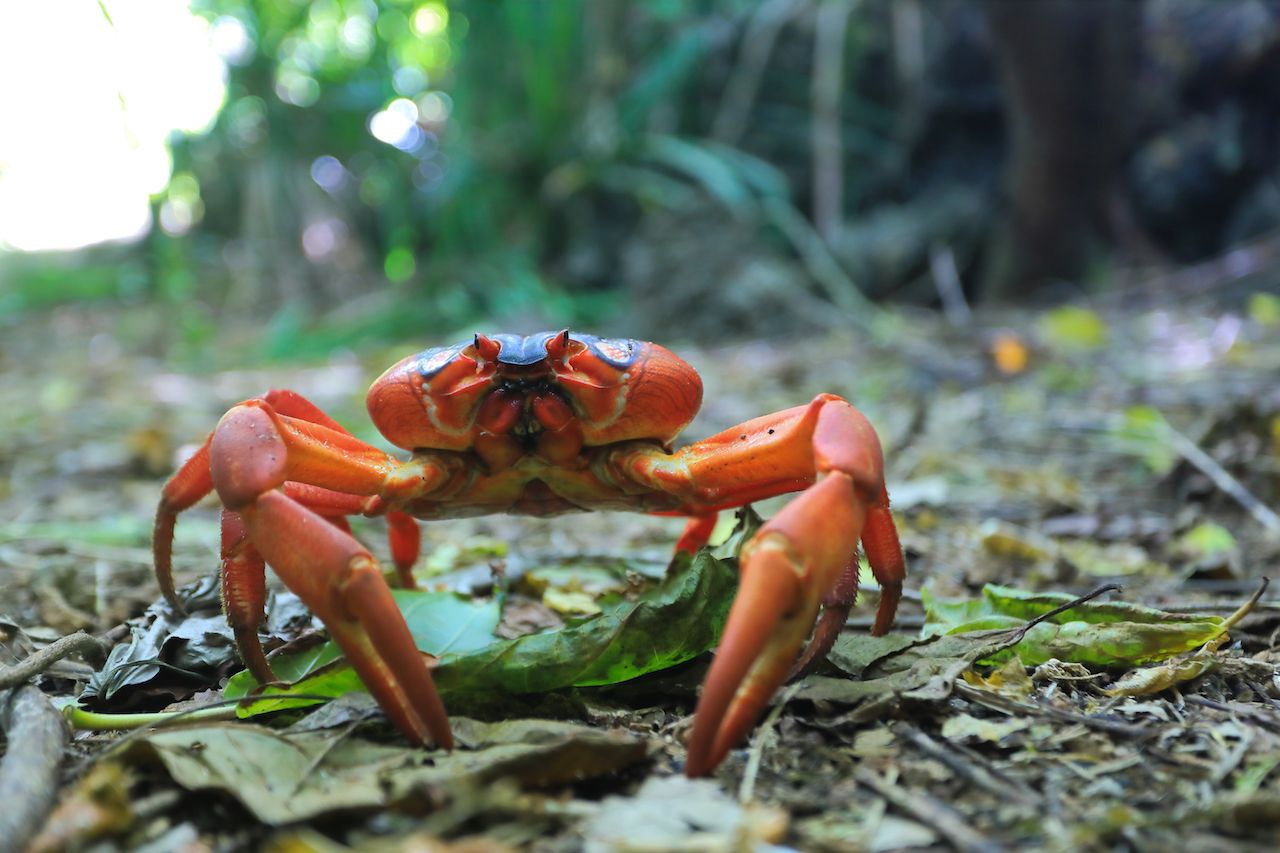 While this Indian Ocean island isn’t part of Southeast Asia geopolitically, geographically speaking, Christmas Island is very much an extension of the region. Despite being a remote offshore territory of Australia, Christmas Island is actually closer to Java than mainland Australia. The majority of the permanent population are either Malay or Malaysian Chinese.

Getting to this isolated outpost is a far-from-affordable exercise, involving two lengthy flights from Western Australia. But if you’re thirsting for truly untouched, frontier-style diving, the opportunity to be one of the very few divers to experience Christmas Island is well worth the effort.

Christmas Island is famous for the armies of red land crabs that swarm the jungle undergrowth and migrate to the sea to breed by the millions, their bright crimson spawn attracting hungry whale sharks between November and April. Beneath the waves, Christmas Island is more spectacular still. It boasts arguably the best shore dive in the world, and certainly one of the deepest. Jump straight off the jetty at Flying Fish Cove into a coral aquarium teeming with fish, some found nowhere else on the planet. Just a few hundred meters from shore, the reef drops off dramatically into the abyss. Marine life in the cove includes turtles, spinner dolphins, and the brilliantly patterned dragon moray. But perhaps Christmas Island’s most unusual site is Thundercliff Cave, a submerged tunnel which takes you underneath the island itself and allows you to surface inside for a breath of fresh subterranean air.

Insider GuidesThe 12 Most Incredible Underwater Environments on Earth
Tagged
Beaches and Islands Diving Insider Guides Asia
What did you think of this story?
Meh
Good
Awesome

The Langham Hotel in Jakarta, Indonesia, Takes Elegance and Luxury To the Next Level