India has an area of 1.3 million square miles, a population of 1.3 billion, and a history tracing back at least 30,000 years, and still, the Taj Mahal hogs all the attention. Yes, it’s a crowning achievement of Mughal architecture. And sure, you probably want one of those photos that makes it look like you’re holding it by the dome. But it’s easy to lose sight of just how much the subcontinent has to offer beyond the big marble landmark — including its two million plus temples.

While holy sites like the Golden Temple in Amritsar and Sri Meenakshi have made their way onto the sightseeing circuit, many of the most impressive Hindu and Jain structures in India still fly under the radar of most visitors. Here are nine temples you’ve probably never heard of that definitely deserve a spot on your Indian itinerary. 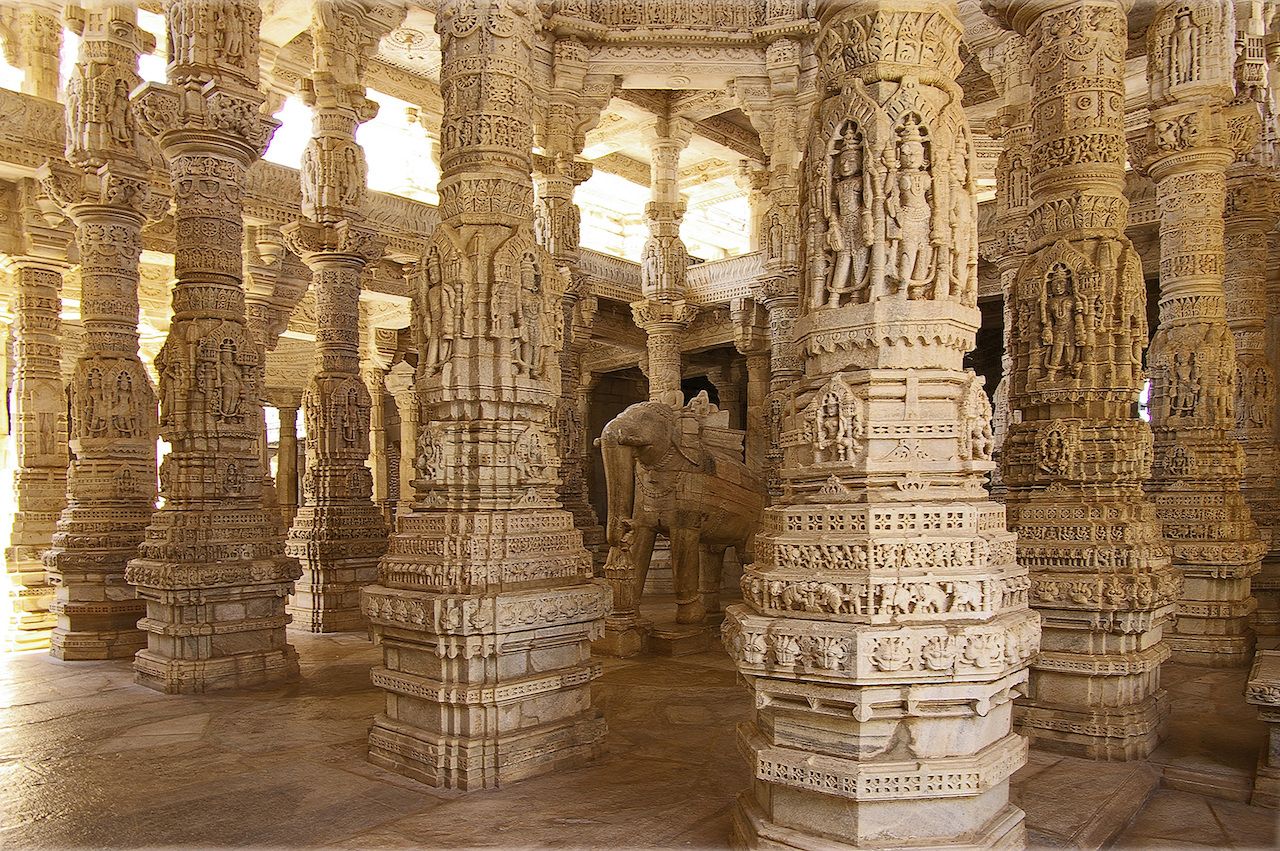 Among the most impressive testaments to Jainism anywhere, this temple is reason enough to visit Rajasthan, a state that’s no stranger to architectural marvels being that it also hosts the Amer Fort and City Palace in Jaipur. Ranakpur has been wowing worshippers and visitors since the 15th century, many of whom come to see the 1,444 pillars and test the claim that no two are carved the same. 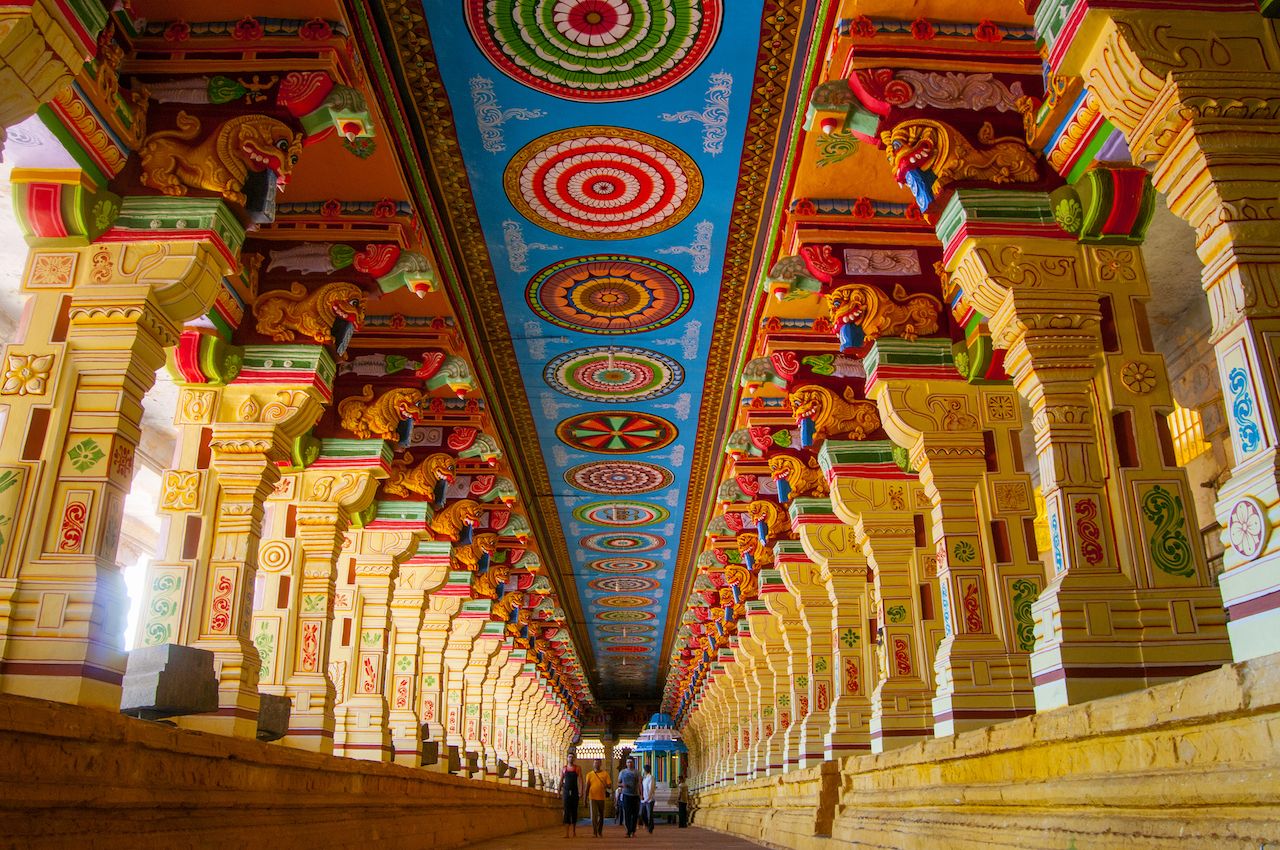 Built to honor Shiva, this Jyotirlinga temple sits on an island in Tamil Nadu where it serves as a pilgrimage site for certain Hindus, including Shaivites and Smarthas. Architectural standouts include the ornate and brightly decorated exterior corridors, said to be the longest in the world, and the 22 tirthas, or holy water bodies used in bathing rituals by pilgrims. 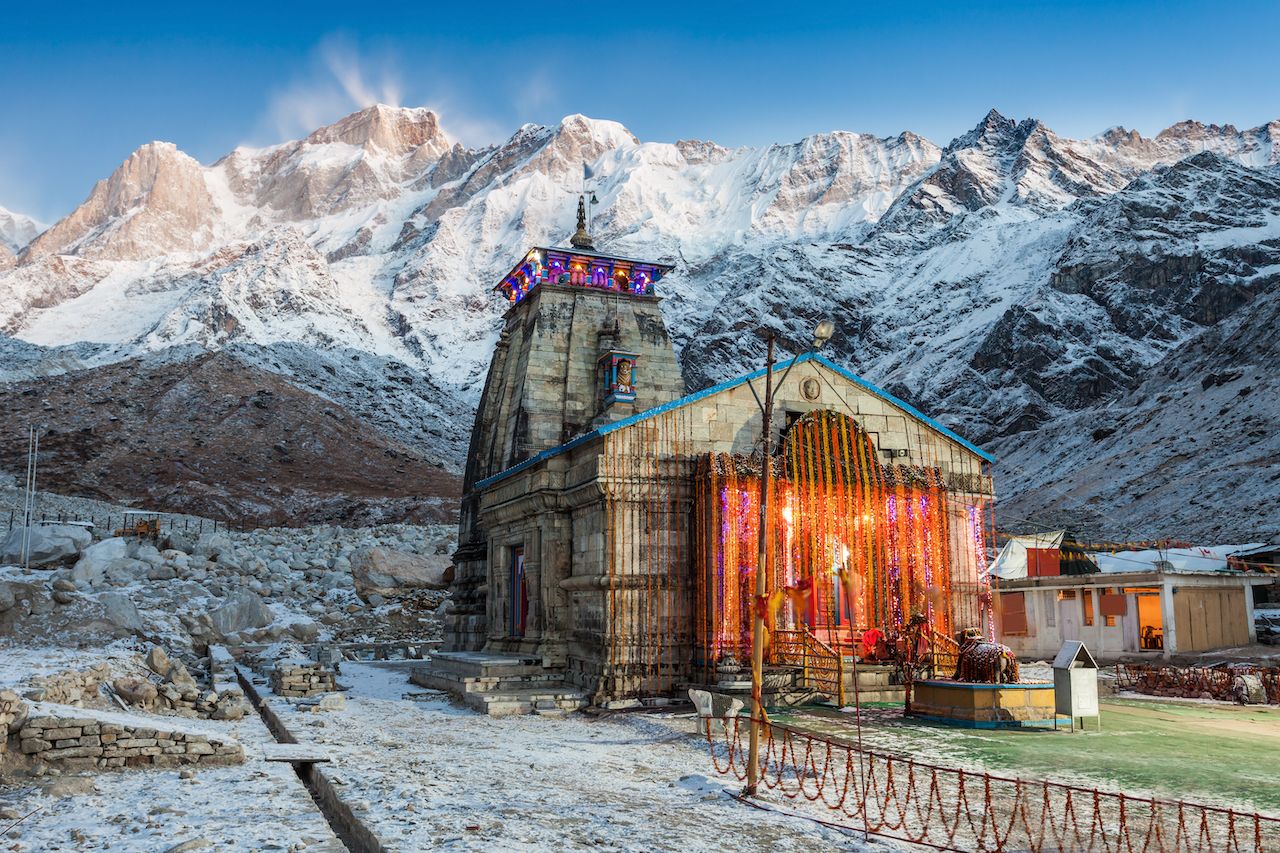 Another of the 12 Jyotirlinga temples dedicated to Shiva, Kedarnath may be small, but it’ll certainly catch your eye. The most impressive thing about the temple has little to do with the structure itself: It’s all about its stunning, snowy location in the Himalayas. Kedarnath is situated in the Garhwal range in Uttarakhand, a state in northern India, and is only accessible between April and November. This is due to the area’s harsh winter weather and the fact that no roads lead directly to the temple, so worshippers have to walk 11 miles up the mountain to pray at Kedarnath, which sits at an altitude of 11,755 feet. 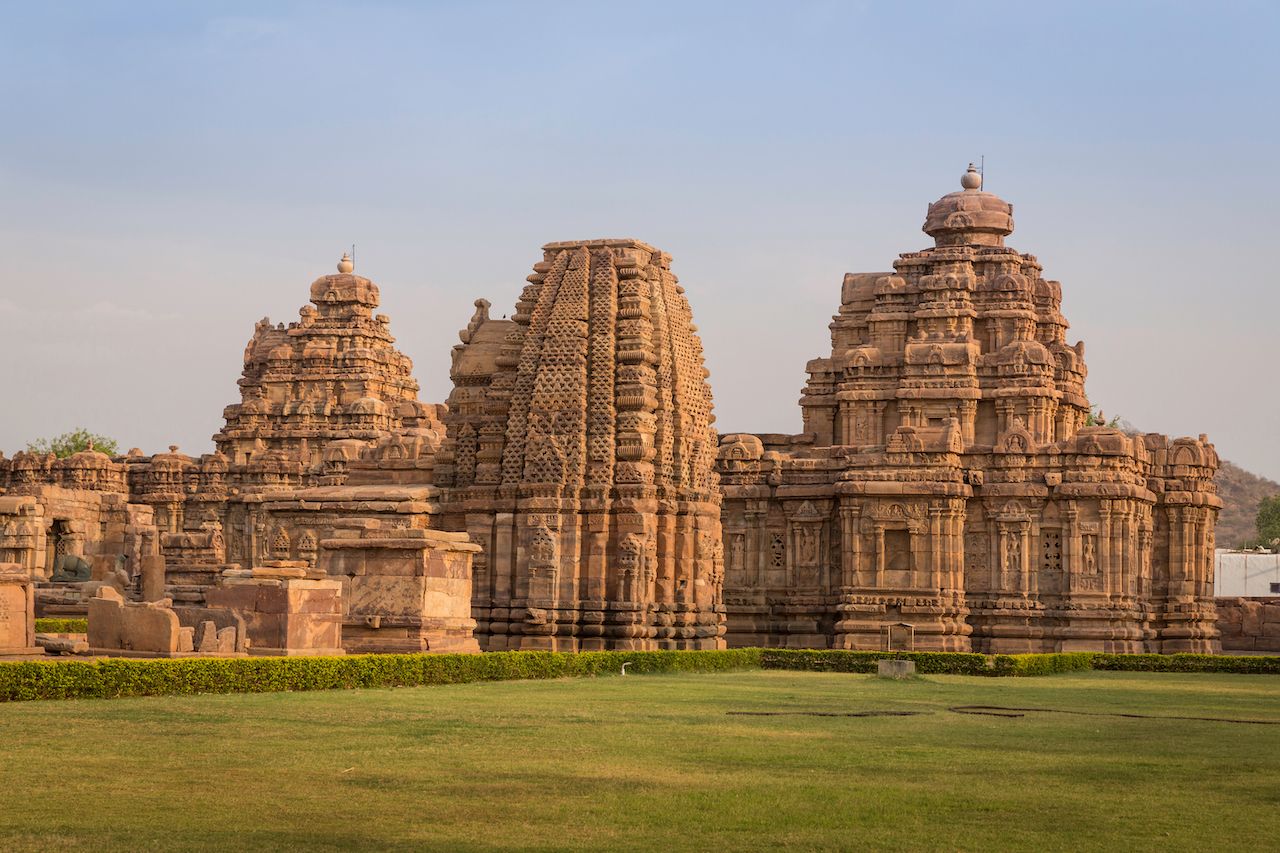 Virupaksha is the main temple of the Pattadakal temple complex. The site hosts both Hindu and Jain temples built as far back as the seventh century, and it earned a UNESCO designation for its mix of northern and southern Indian architectural and design elements. Virupaksha is the largest of the monuments, as well as the most detailed, decorated head to toe with friezes, inscriptions, and even reliefs commemorating Hindu figures. Like most of the temples in the complex, it faces east, the most auspicious direction. 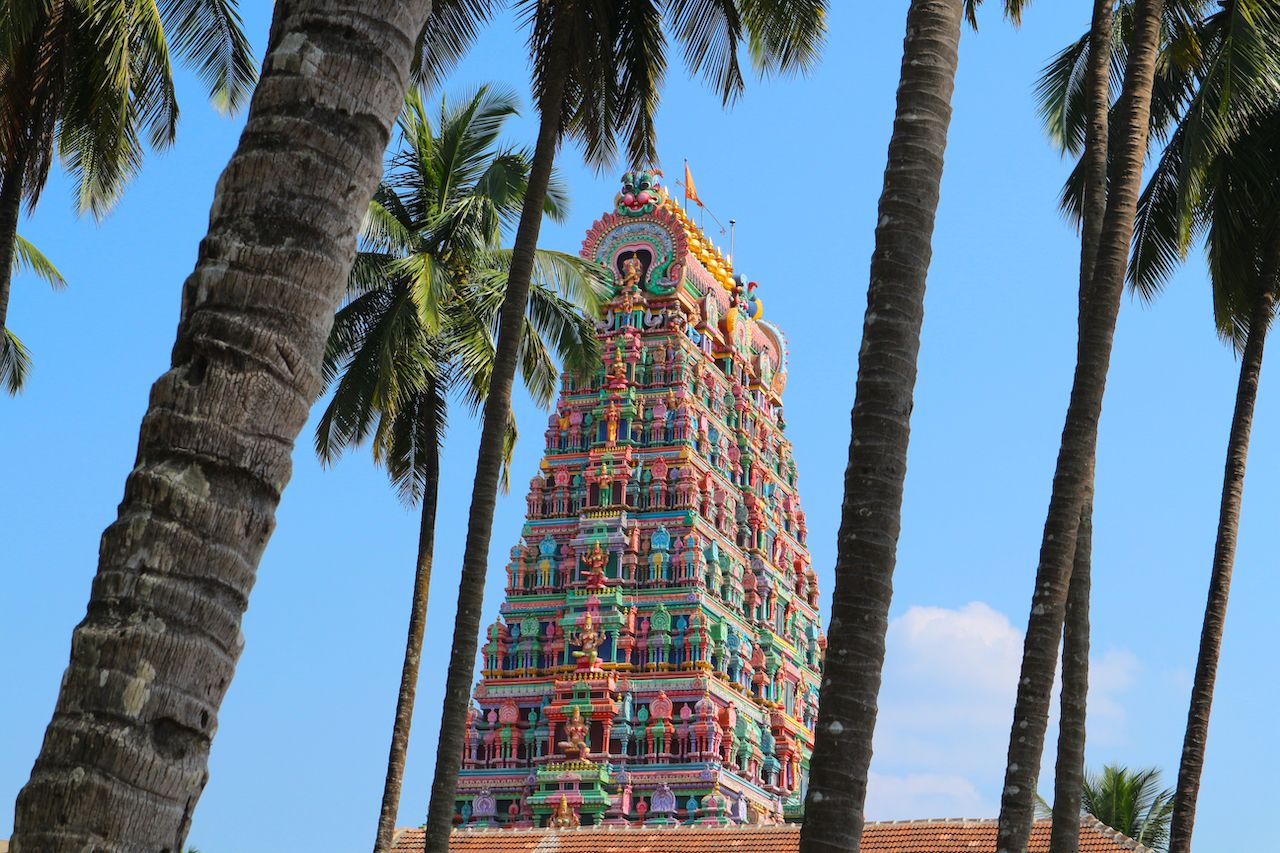 What started as a simple sandalwood shrine in the eighth century was a full-on temple honoring the goddess Saraswati by the 14th century. Over the years it’s been embellished with a gold statue of Sharadamba, the deity that presides over Sringeri, and the tall entrance tower has been painted bright pastel colors. Sharadamba is one of several temples in Sringeri, a hill town in Karnataka, and a popular prayer site for parents with small children, who appeal to Saraswati to endow their children with knowledge. Also worth checking out is the adjacent Vidyashankara Temple. 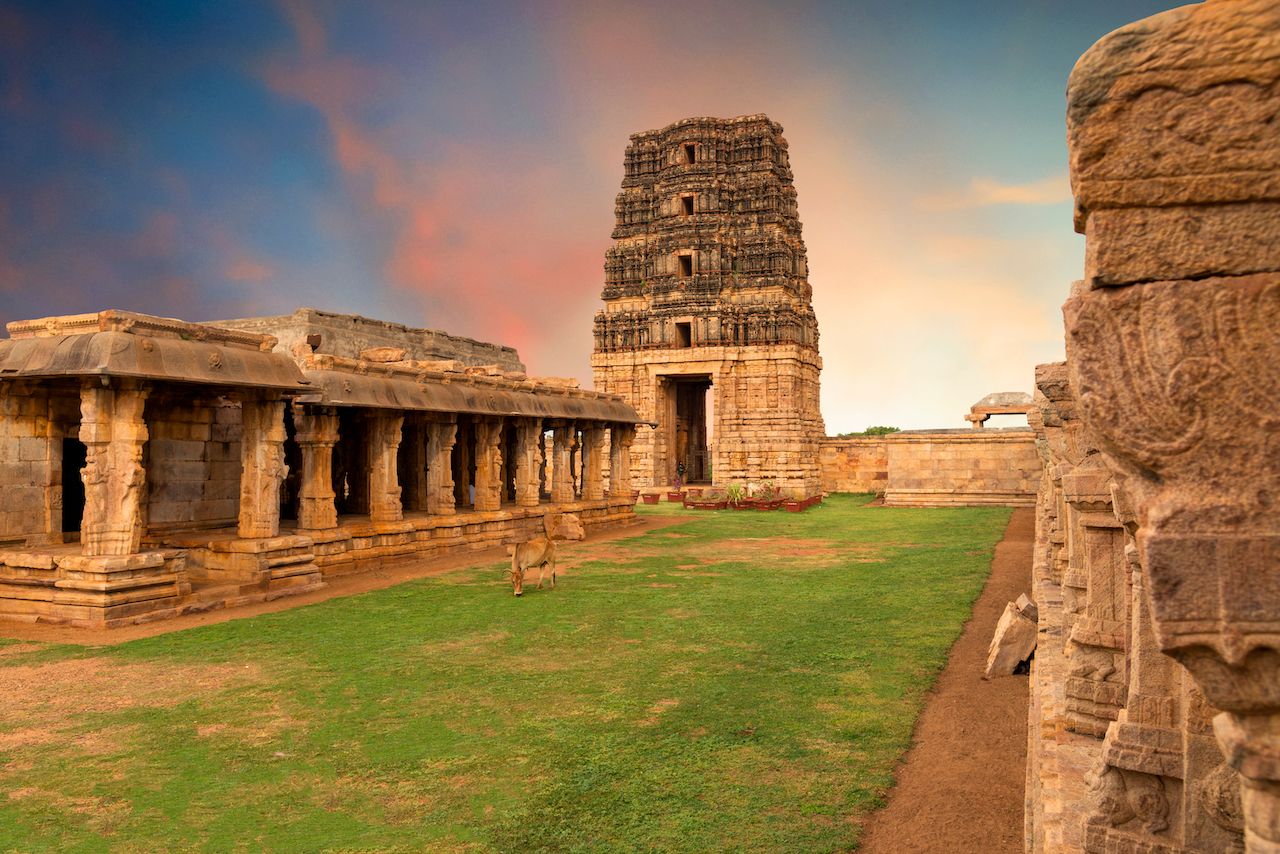 Perched above the Gandikota gorge in Andhra Pradesh is an ancient fort housing two temples devoted to Madhava, an incarnation of Vishnu, and Ranganatha, a south Indian Hindu deity. Of the two, the Madhava Temple is the more architecturally striking, particularly inside. That said, the entire fort is a sight to behold with granary, temple, watchtower, and even mosque ruins on display, making Gandikota one of the coolest little-known attractions in all of India. 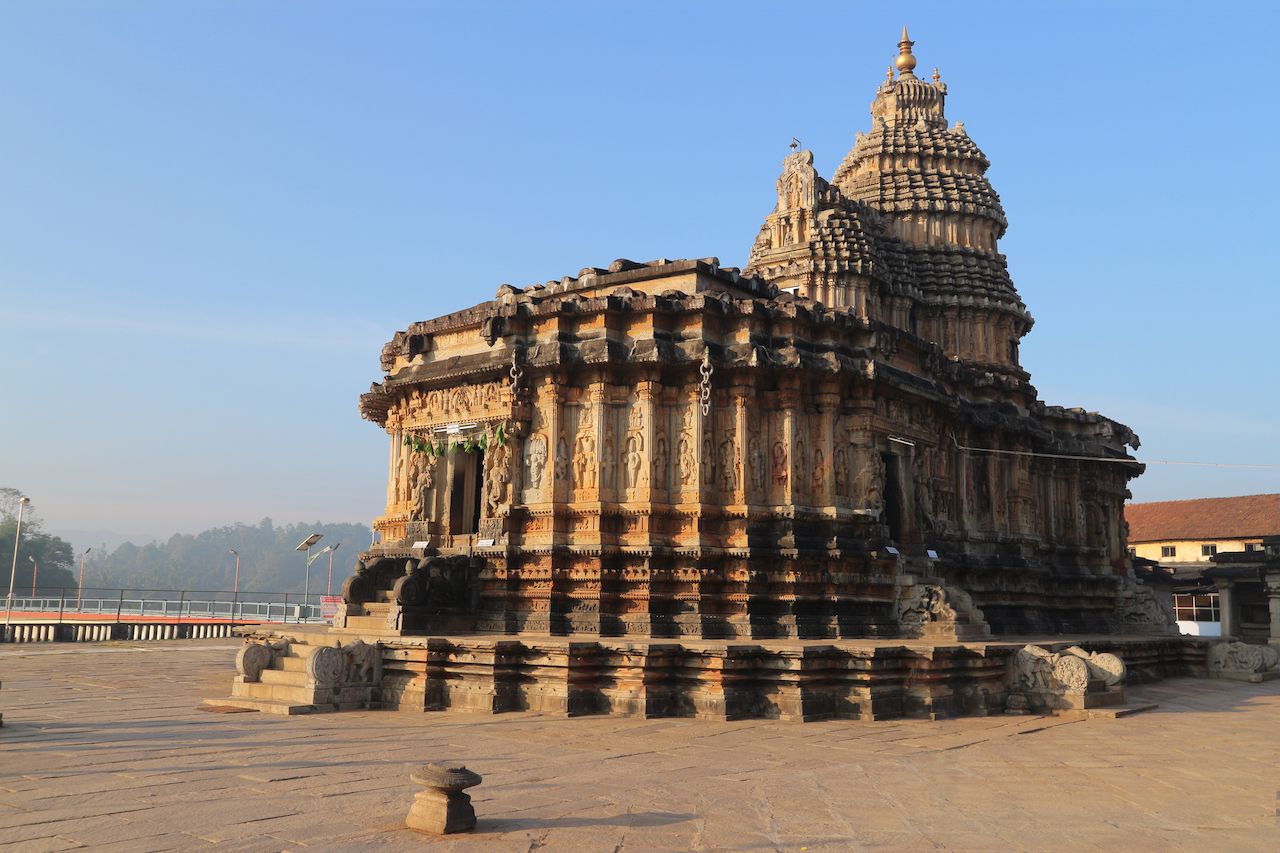 Vidyashankara is one of a several temples in the Karnataka state of southwestern India. Its design incorporates all the elements you’d expect of a Hindu temple — including sculptures that depict ancient myths and separate shrines dedicated to Brahma, Vishnu, and other deities — as well as a few astrological considerations. The temple is held up by 12 pillars, representing the 12 zodiac signs, and oriented so the sun hits particular pillars during celestial events like equinoxes and solstices. 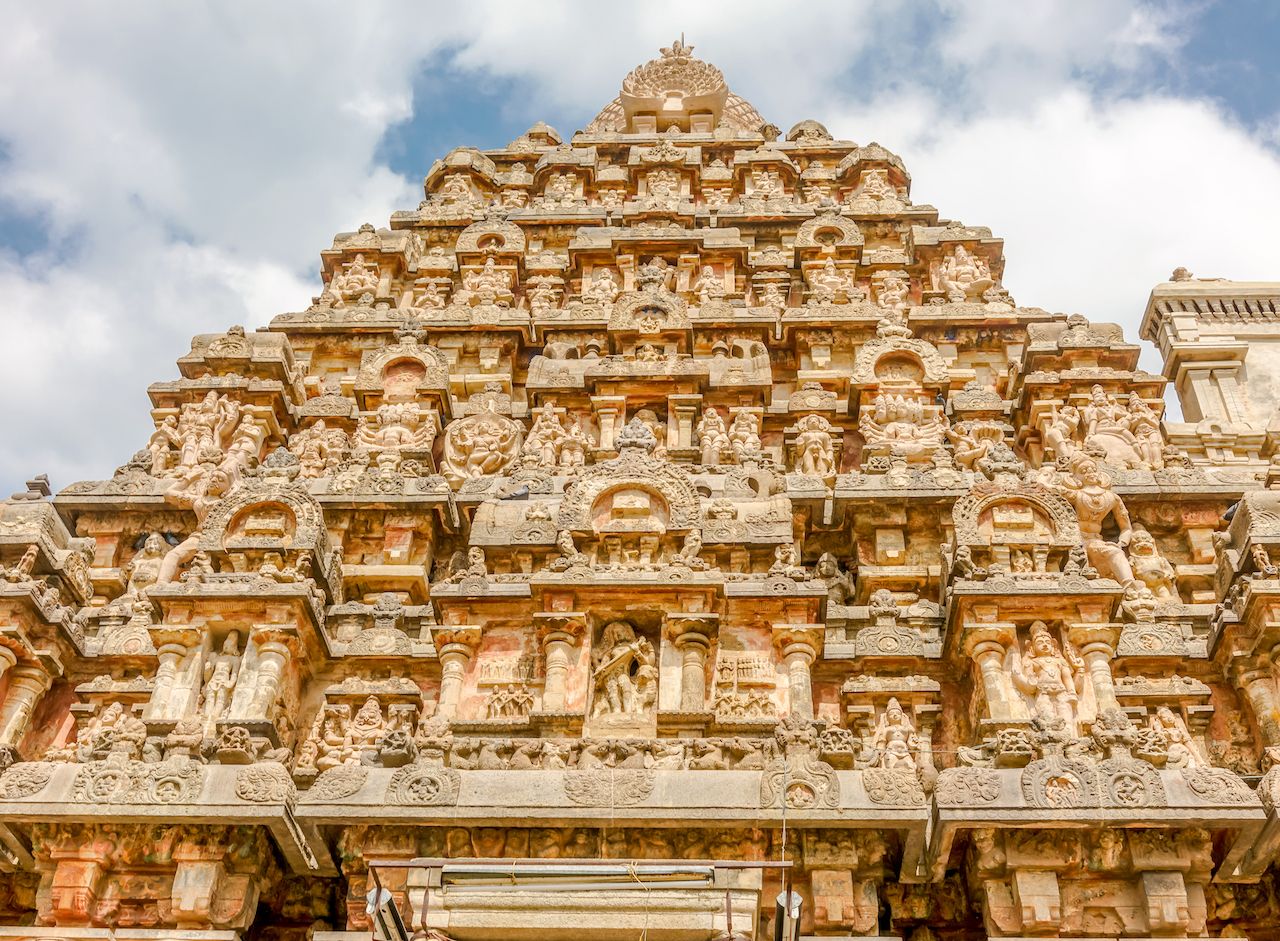 With its elaborate carvings, adjoining shrines, and UNESCO status, it’s a mystery why this temple isn’t better known. Among tourists, that is — it’s a major Hindu pilgrimage site. Located in Tamil Nadu, a south Indian state, Airavatesvara is dedicated to Shiva as is evidenced by the many depictions of the deity, be it in the form of a carving, sculpture, or wall painting. The temple earned its protected status in 2004 as one of the Great Living Chola Temples, a group of Hindu temples in Tamil Nadu built between the 11th and 12th centuries during the Chola dynasty. 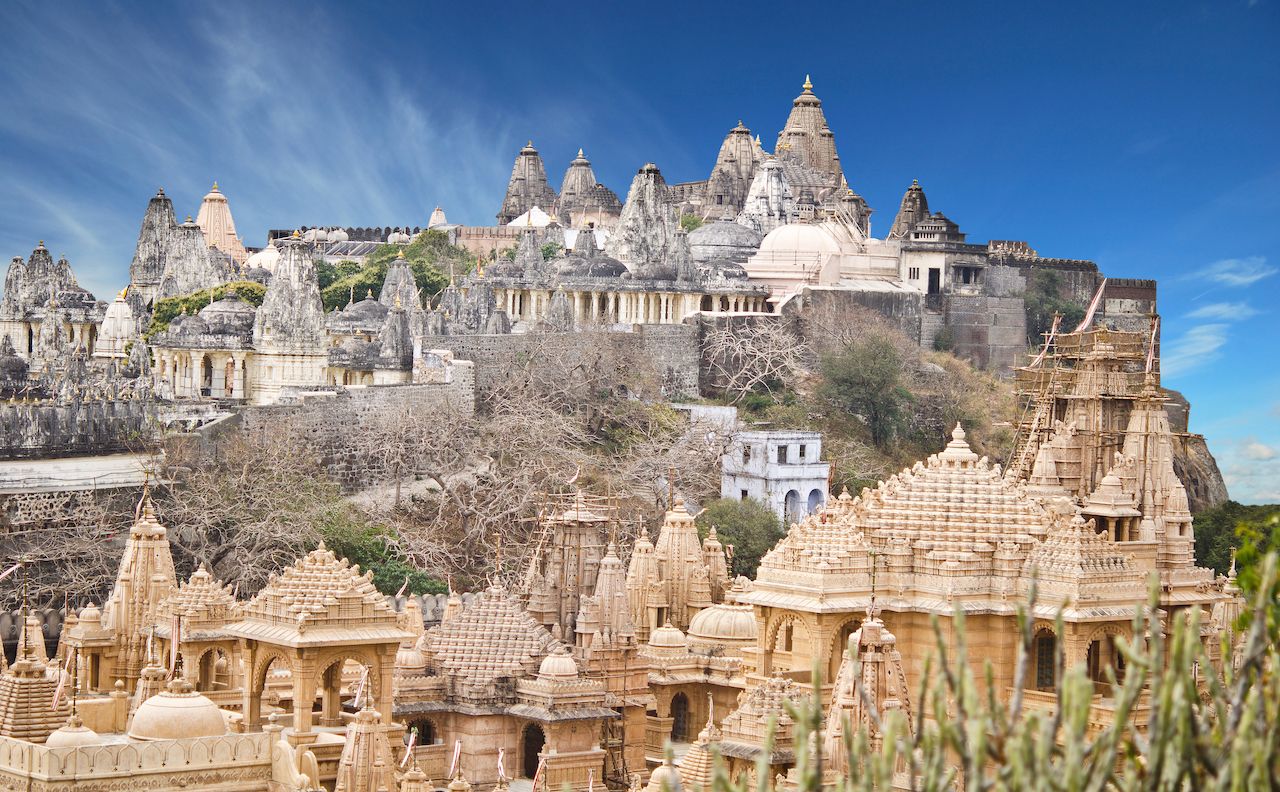 Overlooking Palitana in India’s northwestern Gujarat state is a huddle of marble-carved temples built atop Shatrunjaya hill. In fact, the roughly 860 Jain temples found in the hills around Palitana have earned the city its very apt nickname: “City of Temples.” It’s a bit of a trek to reach the main temple, but that doesn’t stop dedicated Jain pilgrims from ascending the 3,500 steps to get there. The oldest structure erected at the site is believed to date back to the 11th century while those that remain standing trace back to the 16th century — with new temples being added to the site even today.