In late January of this year, the Beijing Organizing Committee for the 2022 Olympic and Paralympic Winter Games signed a contract with the State Grid Corporation of China to power as much as possible of the 2022 winter games in Beijing and its co-host city of Zhangjiakou with renewable energy. The move would make the 2022 Winter Olympics in China the first to be powered by renewable energy and, if the project goes to plan, provide a model for large-scale events the world over. Here’s how it’s all coming together. 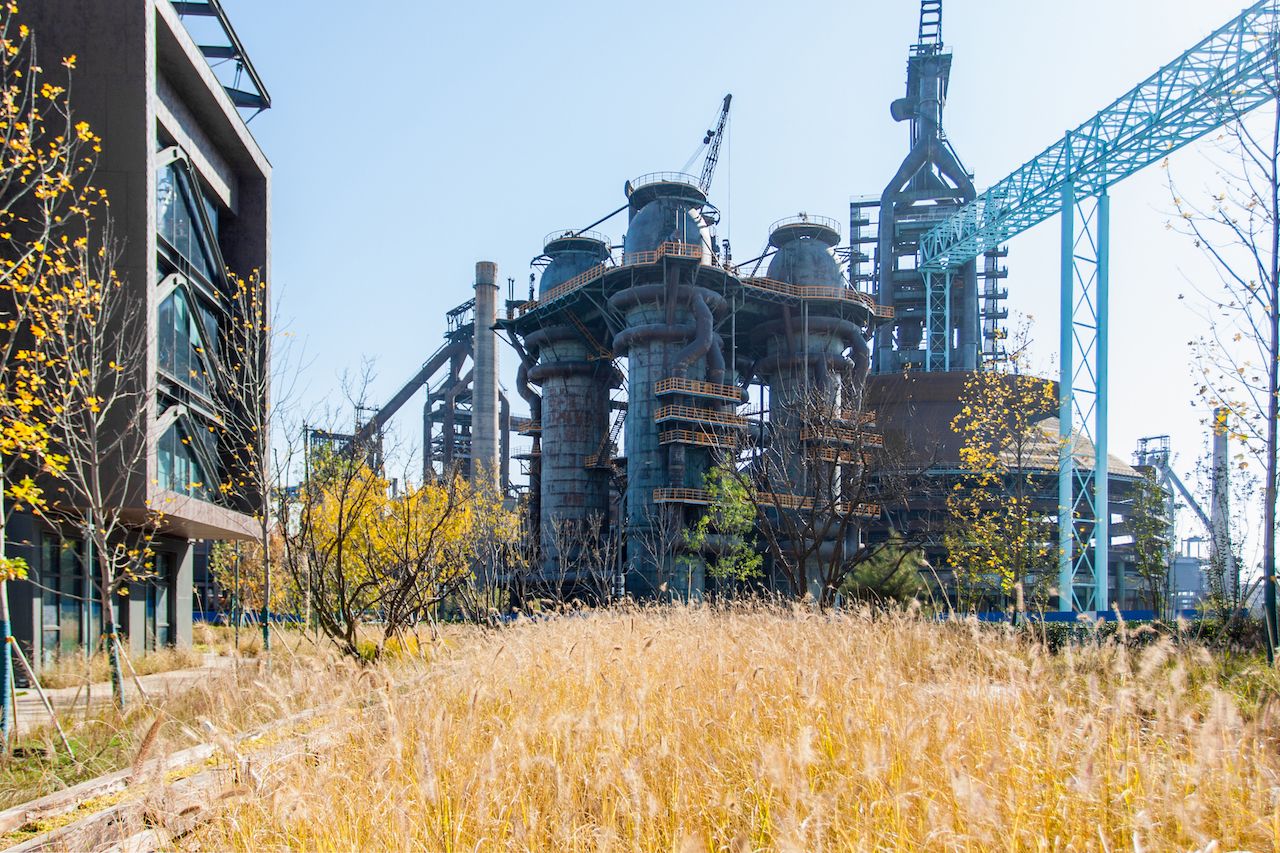 The State Grid Corporation’s plan is to construct the energy layout for the Olympics as a sort of town in itself, operating on a special grid developed for the facilities. This “smart grid” will operate on wind and solar power, according to the China Daily, and be used to power the facilities and other operations of the games. Eleven of the 13 athletic facilities for the games in Beijing are being repurposed from existing complexes used in the 2008 Summer Olympics held in the city, including all of the facilities to be used for ice sports. Additional spaces, such as the capital steel plant pictured above, are being repurposed into office space and other administrative facilities. “An intensive display of the latest technologies and models of scientific development involving energy saving, reuse of waste and green construction will be put on during the Games,” He Jiankun, the committee’s director, told China Daily.

Additionally, the co-host city of Zhangjiakou signed a deal with the International Renewable Energy Association to boost its use of renewables prior to the start of the 2022 Olympics, becoming China’s first “energy transition city.” The goal is to move away from fossil fuels across the city as a whole, not just for the games, deriving 50 percent of its power from renewable sources by 2020. “The pursuit of a low-carbon Winter Olympics in 2022 will not only support China’s ambition to lower harmful emissions, but it will also see them pioneer a movement towards the cost-effective decarbonisation of the world’s greatest spectacles,” said Adnan Z. Amin, Director-General of the Association, in a press release.

To hold itself accountable, the Olympic committee appointed a sustainability advisory board consisting of scientists, professors, urban planners, government officials, and more — 26 people in total — to oversee energy development and sustainability planning and execution. Once per year, the group will come together to inspect progress as the facilities and grid are developed. As of this summer, the production appears to be on schedule.

Is this all just a publicity stunt? 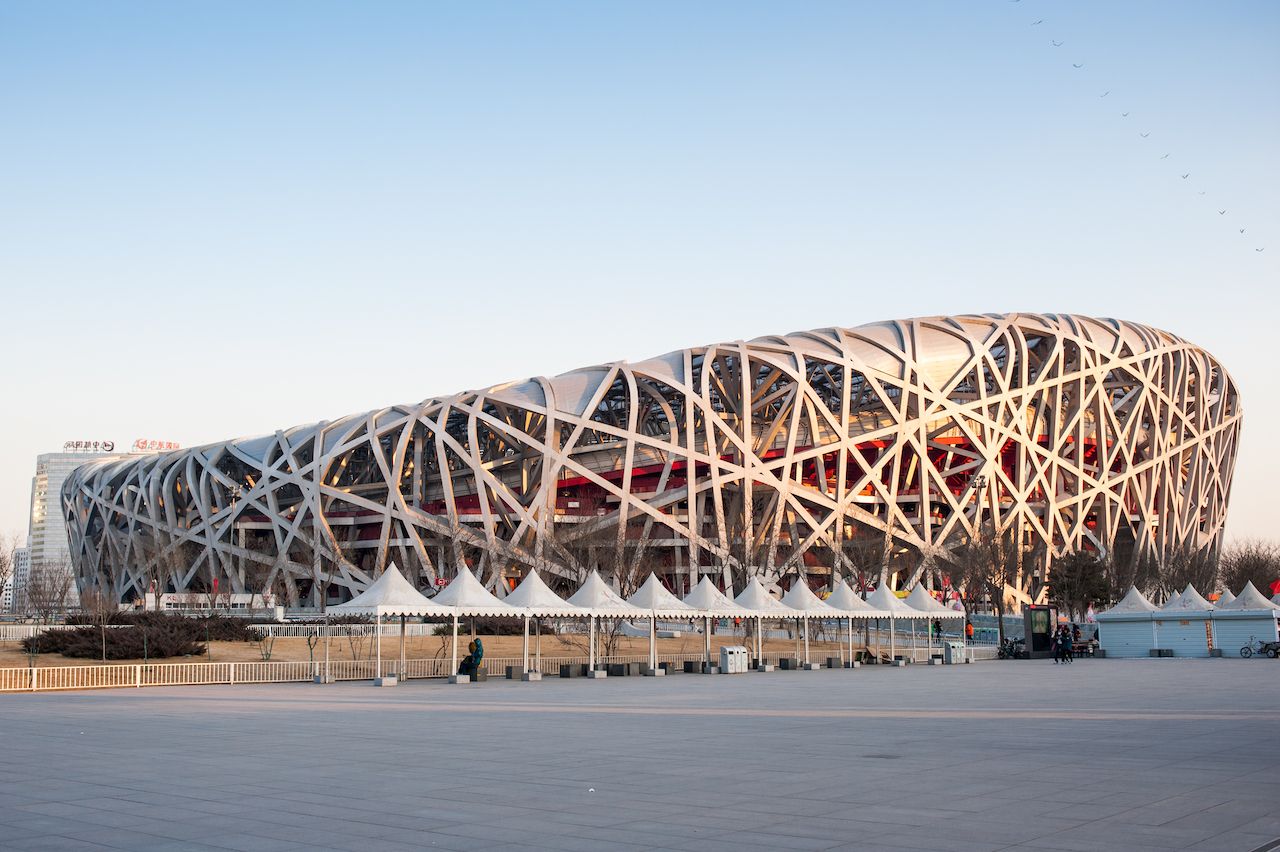 Of course, hosting the Olympics is far from a carbon-neutral endeavor. According to China Daily, 52 construction projects are being undertaken in Beijing and the Yangqing District for the event. The material requirements for the Olympics are huge. Not to mention the environmental footprint of the more than one million people that will travel to attend, compete in, work at, or otherwise take part in the Olympics. Add in the food they’ll eat, the trash they’ll produce, and the transportation they’ll require after arrival. But the Beijing committee’s ambitious plan is at least a step forward and continues what has been a rising trend in China.

China’s Olympic move is a strategic one, intended to showcase the country’s growing renewable energy sector, which has taken hold in several of its major cities, Beijing included. The country has invested heavily in renewable energy in recent years. Over a third of the country’s energy development in 2017 went into renewables, the highest percentage anywhere in the world. While this can be promoted repeatedly in state-run media, the Olympics draws viewers from across the world.

As a sign of long-term commitment to improved sustainability, the province of Hebei, home to Zhangjiakou and the country’s most polluted province, has enacted an ambitious cleanup plan. According to a report by Reuters, the province will reduce the use of coal and cut pollution from heavy industry, as well as plant a new forest and ecological protection zone around the city. “We must use the staging of the Winter Olympics as an opportunity to stimulate economic and social development, speed up our transformation and upgrading, expand effective investment and strengthen poverty alleviation,” Reuters quoted provincial Communist Party chief Zhao Kezhi as saying.

Ok, but is powering an athletic building with renewable energy actually doing anything to offset the massive footprint? 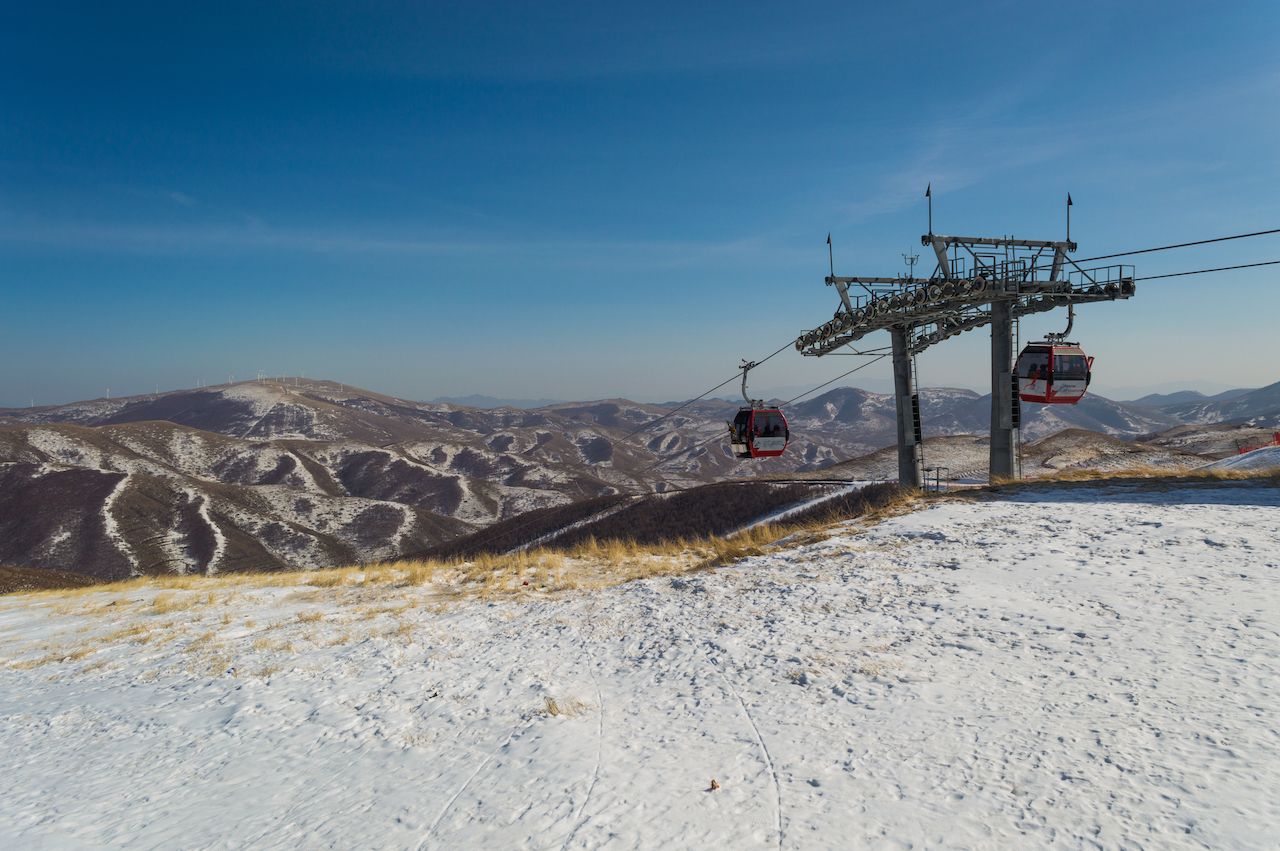 This all might seem quite small in the bigger picture of climate change, particularly given that a country with nearly 1.5 billion people already uses a lot of power and resources on a daily basis even without hosting a major international event. But it’s actually a positive sign for the future. As the most populous country on Earth and home to a rising middle class, China’s influence is increasingly huge and has the potential to drive further investment by businesses around the globe. Thinking about climate change can be a major downer, especially given the seemingly constant flow of negative reports. To understand the importance of green powering an event like the Olympics, try looking to the future through the lens of innovation instead of through the damning signs of current and past trends.

Coupled with growing renewable energy investment in the economies of other major world players like the United States — which saw a record $64.2 billion invested in 2018 alone — and seeing a greener future actually seems possible. Why does the Olympics matter in this big picture? Because it is among the most watched, talked about, and celebrated recurring events on the planet. Investment is driven by trend predictions, which are derived from public opinion. Powering the Olympics with green energy, and broadcasting the effort to the world, is one step further down the path of showing the public that replacing old ways with new ones isn’t just possible — it’s inevitable.

Ski & SnowChina Is Becoming a Serious Ski Destination. Here’s How.
Tagged
Sustainability Beijing, China
What did you think of this story?
Meh
Good
Awesome