In these uncertain times, new parents have a lot to worry about, from the health of their tiny newborns to the availability of necessary supplies. With stories of diapers and other essentials sold out at drugstores and tales of price gouging, it’s important for parents to know they have another excellent, easy, and inexpensive option at the ready: cloth diapers.

Formerly seen as a somewhat alternative option, cloth diapering has become not only a mainstream solution but a popular one — with thousands of blogs and resources devoted to the topic. Rest assured, these are not your grandma’s cloth diapers. Modern versions have scores of choices, with many even more stylish than disposables. We spoke to several parents who chose to cloth diaper their babies to find out just how easy cloth diapering can actually be. Read on for reasons cloth diapering should be on your radar.

One of the biggest misconceptions about cloth diapering is that it’s difficult, but that couldn’t further from the truth. As with everything, there’s a learning curve, but worries about the difficulties of cloth diapering shouldn’t keep you from giving the practice a chance.

“I was floored by the ease of the modern cloth diaper,” says Julie Kieras, mother of two. “Today’s cloth diaper is typically fitted, so there’s no need for fancy folding. And they have snaps so they go on quickly with little fuss, and are adjustable as your baby grows.”

Writer Amina Sarraf, a mother of one, also appreciated the ease of cloth diapering. “I loved that it was super easy. The all in ones are a breeze to use. And then when they got dirty, I just put them in a can in the bathroom and washed them every other day.”

2. It’s better for the environment. 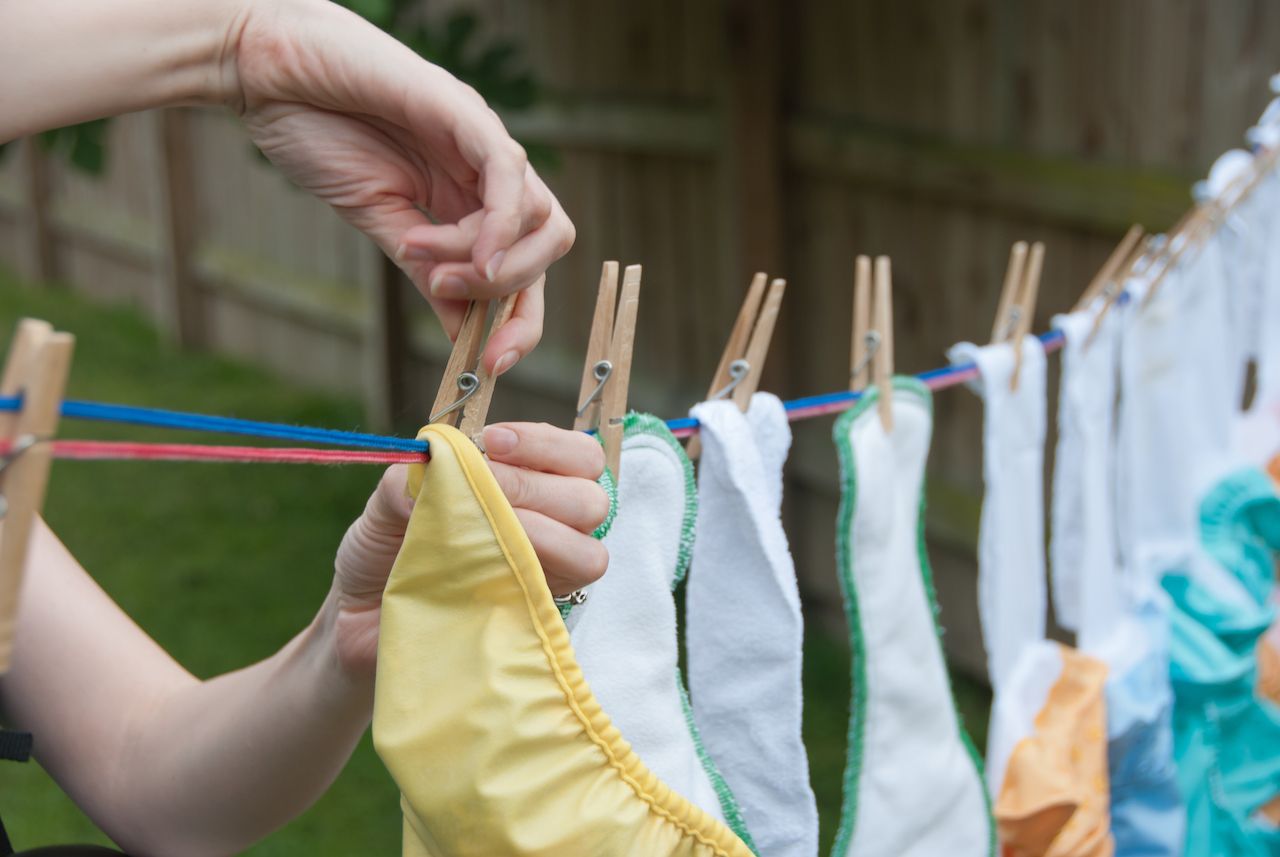 In contrast to disposable diapers, cloth diapers are natural, reusable, and biodegradable, with the waste itself going down the drain rather than into a landfill. It’s an appealing choice for those concerned about their environmental impact and looking to make small changes for the better.

“My fears were that it would be gross, a mess, and hard to get truly clean. Some moms in my parent/infant class used them and assured me it wasn’t terrible,” shares Sarraf. “In our screened-in porch, we hung up a clothesline and dried them there. I really felt that I was being a friend to the Earth.”

Freelance writer and mother of one — with a second on the way — Jenna Jonaitis says, “Ever since I knew I was pregnant, I envisioned using cloth diapers just because of the environmental impact and waste involved with disposable diapers. I also have a husband who was highly supportive of it. He’s even more environmentally cautious than I am. We really liked the idea of reusing the diapers primarily for that purpose.”

Even if you’re not the type of person who places environmental concerns above practical ones, it still feels good knowing you’re not contributing to trash and landfills.

“I had never really thought of using cloth diapers before we had kids,” says mother of two Sandy Guedes. “I always thought disposable would be easiest, but the cost factor and the environment factor weighed on my mind so much we decided to go with cloth.”

Speaking of cost, cloth diapers are undeniably cheaper in the long run, even if you have to make a larger initial investment.

On her website Happy Strong Home, Kieras keeps a blog post calculating the two-year cost of cloth diapering versus the money she would have spent on disposable diapers. Assuming eight diapers per day, over the course of one year Kieras estimates she would have spent $788, with that cost increasing to $1,576 for two years.

By contrast, with cloth diapers, Kieras calculates between $424 and $596 for one year and between $582 and $754 for two years, including the costs involved in detergent and utilities from doing laundry. Concludes Kieras as she runs the numbers, “I believe I just saved you $994! Okay, it’s not $1,000 but it’s close!” She further estimates, “If you diaper longer than two years, add ~$1.35/day in savings!”

Educator, poet, and mother of one Jen Hyde had her own “aha” moment when it came to the frugality of cloth diapers. “The numbers started adding up with diapers. Around the time [my son] turned 13 months, I thought I’d give cloth diapering a try just at night. I purchased one Alva Baby diaper for $10 and was sold. I ordered a set of six cloth diapers the following week. I spent a total of $50 on our set, [microfiber] inserts included, and I’ve had them for close to a year now.”

With the majority of the country practicing social distancing to flatten the curve, reducing excursions to bare essentials like grocery trips and doctor visits, it can be stressful to constantly worry about buying new diapers.

“I still cloth-diaper and right now, in the pandemic, I love not worrying that I’m running low on diapers,” Hyde says. “Now that we’re staying home we use six of the seven per day, so we generally have a dry diaper ready to go in the morning. I also love that the diapers can be handed down to a friend afterward. Even after almost a year of rigorous use, they still look brand new.”

Once the weather heats up, cloth diapers can also provide more comfort for kids, regulating temperature and increasing airflow. Hyde agrees, “My son prefers cloth to disposable in the summer months.” 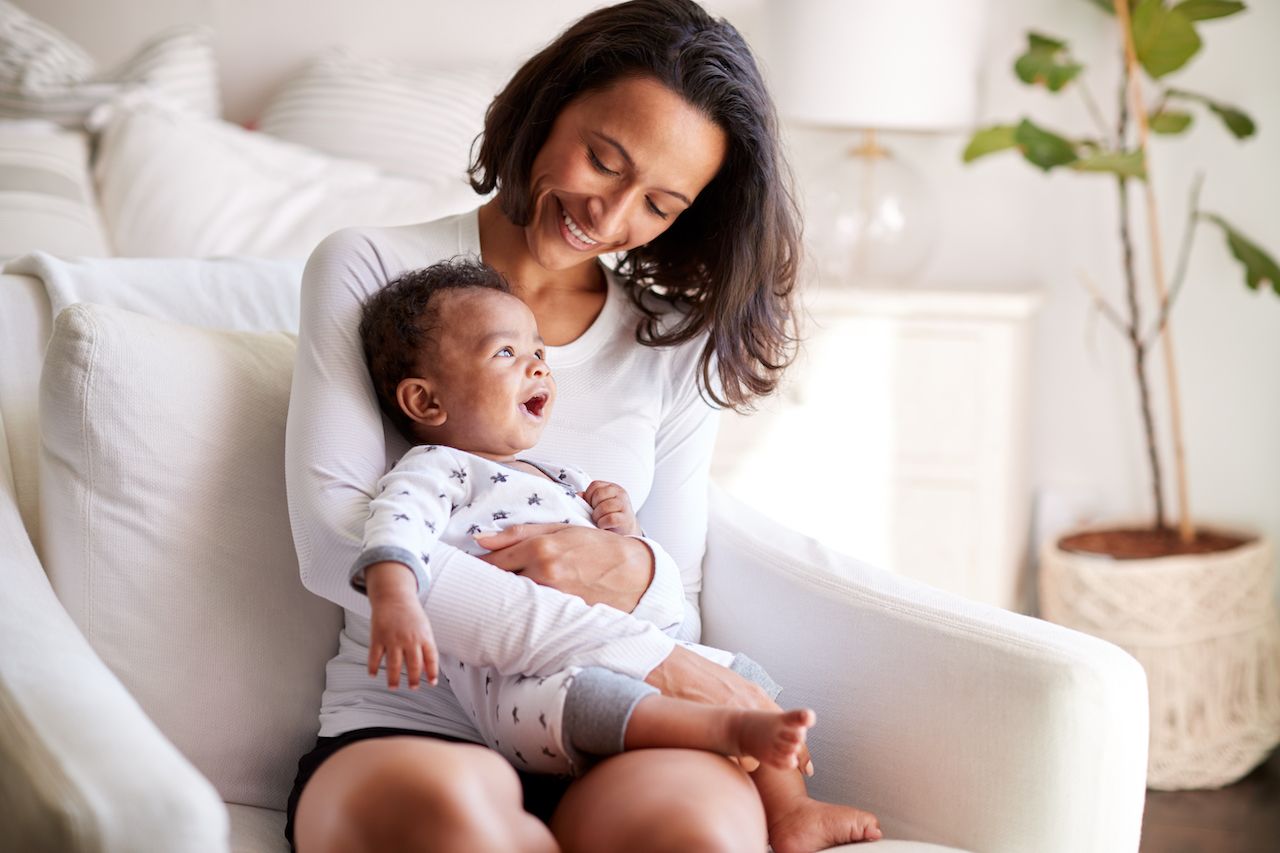 In 2019, a study by French national health agency Anses found worrying levels of potentially dangerous chemicals in diapers, including low levels of weedkiller glyphosate, as well as fragrances that could cause skin allergies. While certain brands weren’t called out, many of the brands available in France are also available in America.

And here, most disposable diapers include chemicals such as dyes, perfumes, sodium polyacrylate (those goopy crystals that sometimes leak through the lining and end up on your baby’s skin), and often chlorine. By contrast, when you use cloth diapers, you can rest easy, with them generally made from cotton, sometimes organic.

6. Your fears are often unfounded.

When trying something new and as potentially messy as cloth diapering for the first time, it’s only natural to be anxious. Several mothers shared their fears with us, however, finding that they needn’t have worried.

Although Kieras grew up babysitting for a family that cloth diapered, she was still slightly nervous about doing it incorrectly. “I worried about ‘ruining’ an expensive diaper by washing it the wrong way or with the wrong detergent. But as it turns out, most diapers are very hardy. Most of my diapers lasted through four-plus years and two babies!”

“I was really worried they would be too complex and expensive. I was reading sites about hard water versus soft water and stripping and weird smells,” says Danielle Antosz, an editor and content marketer. In the end, she was a convert, too. “I was surprised by how easy it was. We used mostly Alva pocket diapers, which could be stuffed more as they got older, liners so we didn’t have to spray poop, and to wash good old powered Tide and half a cup of vinegar. I loved not having to run out to get diapers late at night or worry about running out.”

Even for those worried about potential blowouts, ease and convenience trumped that initial anxiety. “My hesitations involved how to deal with dirty diapers, the smell, the gross factor. I hadn’t had any experience with cloth diapers,” mom of four Colleen Irwin says. “Once I had a simple system set up, it was easy and took very little thought or energy. 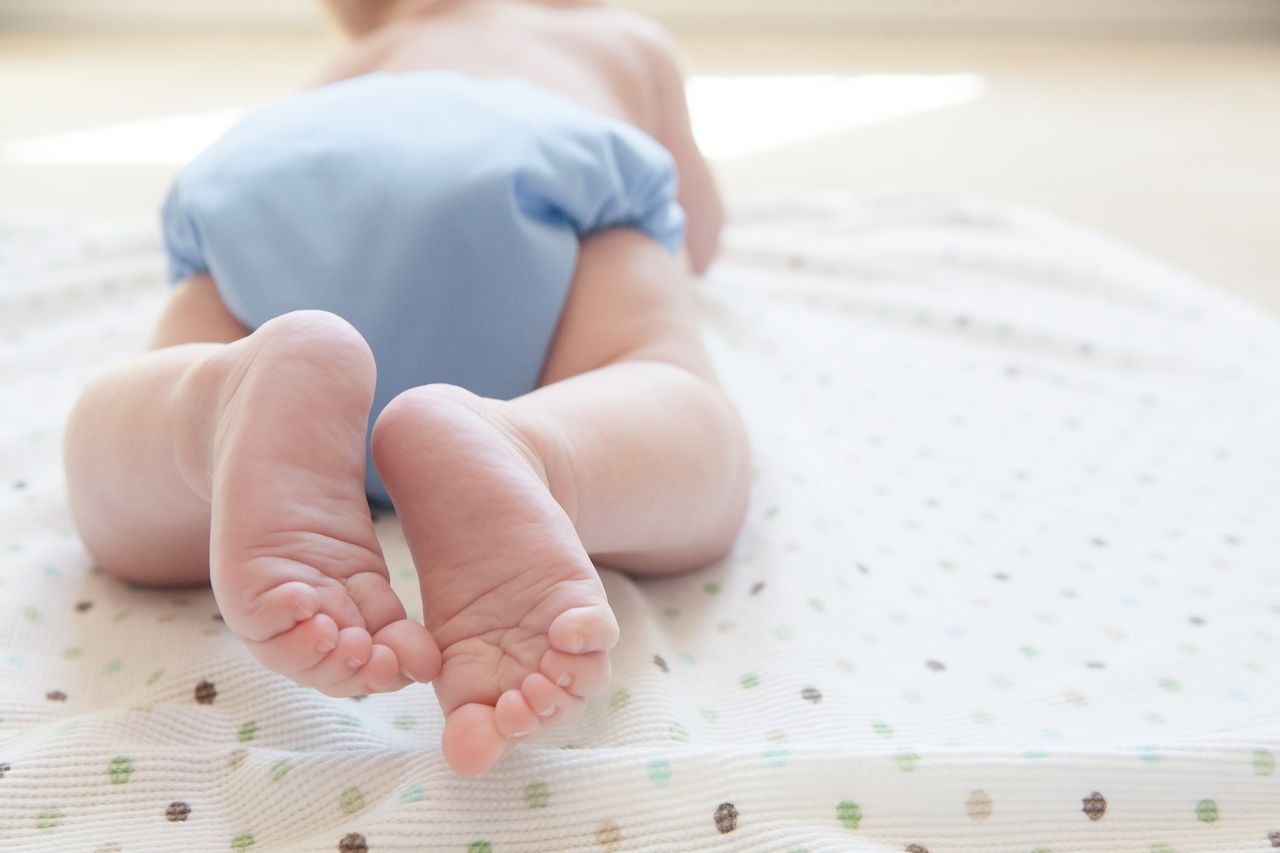 Fear of failure — not to mention mess — is only natural, but moms who have embraced cloth diapering encourage those on the fence to give it a try, even if just temporarily. “It doesn’t have to be an all or nothing proposition,” says Irwin. “Cloth-diapering can be part-time or just at home or just during the day or whatever fits your family’s life.”

Jenni Mahnaz, an advocate of self-directed education and mom of two, agrees, “You can do cloth part-time if that suits you. Make sure to get a good wash routine and you’ll be surprised at how easy this all is.”

“Go for it!” says Jonaitis. “Invest in high-quality, all-in-one diapers. They make your life so much easier, and they’ll last longer. You’ll have fewer leaks, and they’ll be easier to clean. I did buy a few gently used cloth diapers, and those have been fine, as well. From time to time, we do use a disposable diaper such as for an overnight or road trip. But we almost exclusively use cloth diapers and we are always on the move. It really is worth it and will make you feel good about producing less waste.”

You won’t know if it works for you until you try, and with the current state of the world, now just might be the perfect time.

SustainabilityMillions of people opt to go without toilet paper. Maybe you should too.
Tagged
Family Travel
What did you think of this story?
Meh
Good
Awesome

An inside look at Baha Mar’s massive new water park, complete with 24 slides and a casino

Beyond Tahiti, here are some stunning family-friendly islands to visit in French Polynesia

How to take your family on an African safari

RV family adventure: How to raise your kids on the road