If you ever want to feel popular, donate to an environmental charity.

Make one donation to a well-meaning organization, and your mailbox will immediately become full — every day — with similar charities that would also like to help you make the world a better place.

Overwhelmed by the love, perhaps you’d like to donate more, but aren’t sure where your money goes furthest. Even some massive, well-known organizations use upward of 30 percent of their donations for “administrative” costs and fundraising, while others might try and put their money to good use without many results.

We scoured the data for dozens of environmental charities at Charity Navigator, which publishes balance sheets and revenue statements from all 501(c)(3) organizations. And we took a look at what the best-scoring organizations were achieving, ultimately finding five of organizations where your money will do the most. 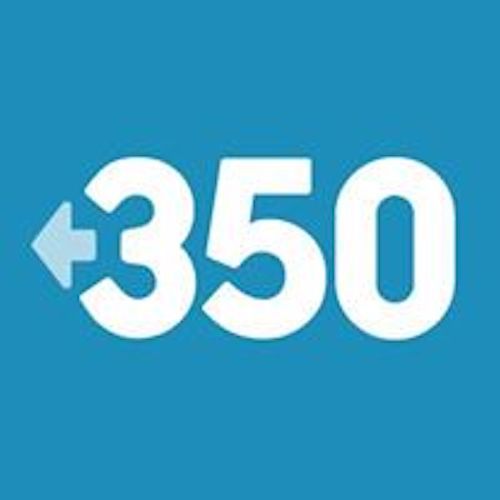 This brainchild of author Bill McKibben was founded in 2008 and focuses on affecting climate change by shifting to renewable energy and reducing fossil fuels. One of its largest campaign successes has been its Let’s Divest program, where the charity worked to encourage banks and pension funds to stop investing in coal, fossil fuels, and nuclear energy. It ultimately led to two of Japan’s largest banks ending funding for coal plants, and New York City’s $189 billion pension fund divesting in fossil fuels.

In addition, last year its grassroots organizations helped pass over 350 municipal fracking bans in Brazil and launched anti-fracking campaigns in 11 Brazilian states. Efforts at home included helping fund three legal victories in the fight against the Keystone XL pipeline, and sending 77,000 faxes to the Canadian National Energy Board opposing the Kinder Morgan Trans Mountain Pipeline in British Columbia. That may well be more faxes than the rest of the world sent in 2018 combined.
The charity scores highly for transparency, as you can read its annual report and financials on its website. Though it only received a little over $16 million in 2017 (the last year’s data was available), $10.4 million of the $12.8 million 350.org spent after paying debt went directly to its programs. And the CEO makes just over $100,000, a sliver of the seven-figure salaries you’ll find at some charities. 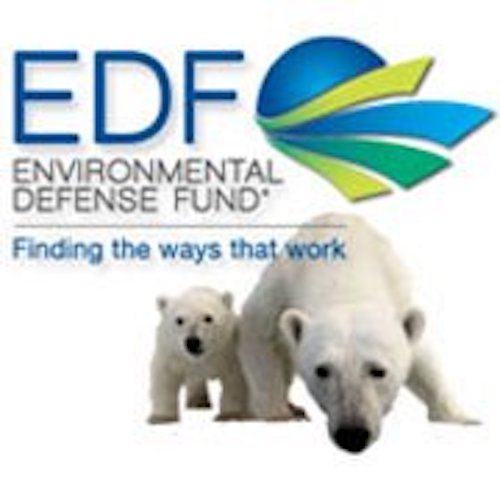 One of the largest environmental charities on the planet, the EDF raised nearly $207 million in 2018, almost half of that going toward programs to support clean energy and combat climate change. The organization, which was founded by scientists, works with researchers, economists, and corporations to help find solutions for environmental protection. Among EDF’s most notable achievements is creating the cap-and-trade system for sulphur emissions to combat acid rain. It has also been working with Google Earth Outreach to identify natural gas leaks in public utilities so cities can keep greenhouse gases from escaping.

In addition to climate change, the EDF’s other two main focuses are public health and ocean protection. It has worked to implement fishing rights in the US, Belize, and other countries to combat overfishing, ultimately bringing the red snapper population in the Gulf of Mexico to seven times its 2007 level. It even worked with Walmart to help reduce its environmental impact, reducing its supply-chain emissions by 30 percent and phasing eight harmful chemicals out of 10,000 products on Walmart shelves.

In addition to having great influence and respect across industries, EDF spends about $140 million of its revenue on programs. That’s about 76 percent, which is not staggeringly high, but its next biggest expense is fundraising, effectively an investment in putting more money into its programs. Administrative costs were a mere $12 million in 2018, and though 2018 saw a spike in non-program expenditures, traditionally the charity has hovered around 90 percent of revenues going into programs.

Friends of the Earth 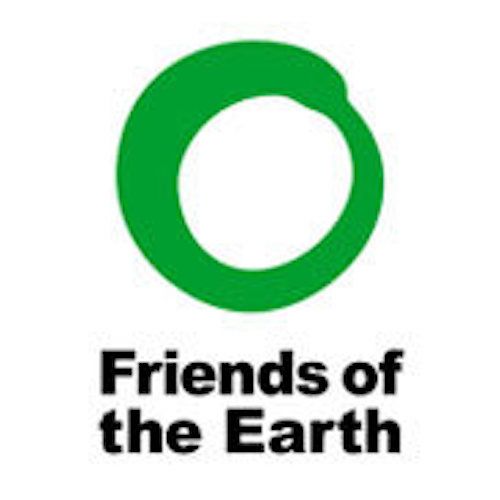 Photo: Friends of the Earth

Fifty-year-old Friends of the Earth has been fighting for environmental protections and regulations long before it was a headline-grabbing endeavor. Dating back as far as 1971 — when its efforts helped stop funding for the high-polluting supersonic transport commercial jet — this organization has used its membership to influence both state and federal governments in the face of stiff corporate opposition.

In the ’90s, it helped pass the Oil Spill Pollution Act, which required double hulls on oil tankers in the wake of the Exxon Valdez spill. It also removed two dams in Washington that blocked salmon runs, and helped achieve a ban on the dumping of cruise ship waste in Seattle in 2012.

Most recently, Friends of the Earth lobbied state representatives in North Carolina to eliminate Duke Energy’s proposed 50 percent rate hike, and worked to have the pesticide rider — which would have prevented local governments from banning pesticides the federal government didn’t — taken out of the US Farm Bill. Friends of the Earth works with corporate America too, partnering with Costco, Home Depot, Walmart, and over 100 other retailers to phase out the bee-killing neonicotinoid pesticide.

The charity gets high marks for both transparency and how it uses its finances, with $9.3 million of $10 million it raised in 2018 going toward program expenses. That’s impressive, considering the program ran a $1.5 million deficit that year — meaning it did not sacrifice funding programs just for a good-looking balance sheet. 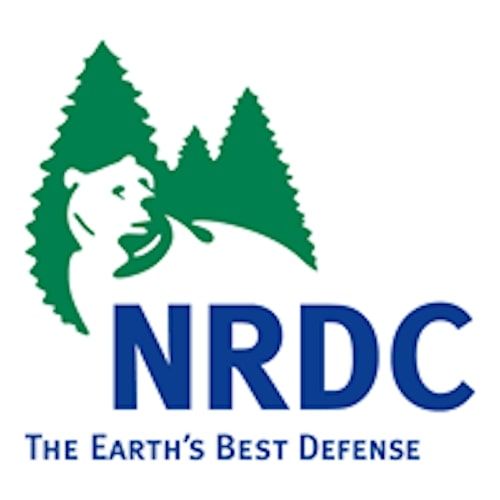 Taking a more-international approach to environmental protection, the NRDC has been working to preserve our wilderness and battle pollution in all forms since 1970. With an understanding that damage done in one corner of the globe can severely affect another, the NRDC most recently worked with Chinese think tanks and policy organizations on the China Coal Cap Project, which looks to cap China’s coal output this year. It also worked with the Indian city of Ahmedabad to develop South Asia’s first Heat Action Plan, a map for public health developed after a heat wave killed 1,000 residents in 2010.

The NRDC also works in other ways to help save the planet, and you can literally spend hours delving into all of them on its comprehensive website. Its experts testified on Capitol Hill to help combat food waste, and implement regulations on “best by” and expiration dating. It pressured the FDA to limit antibiotics in livestock. It also works to protect water supplies and oceans, and has launched multiple initiatives to stop drilling and exploitation on public lands.

In addition to having a detailed website where potential donors can delve into all the work it does, the NRDC spent $121 million of the $182.2 million it raised in 2018 on programs. That may seem a little low, but that was over ten times the $11.8 million it spent on fundraising, and the $15.5 million it spent on administrative costs. The NRDC actually made over $33 million in 2018, most of which was invested back into programs the following year. The combination of smart financial management and global impact makes it an excellent place to make meaningful donations. 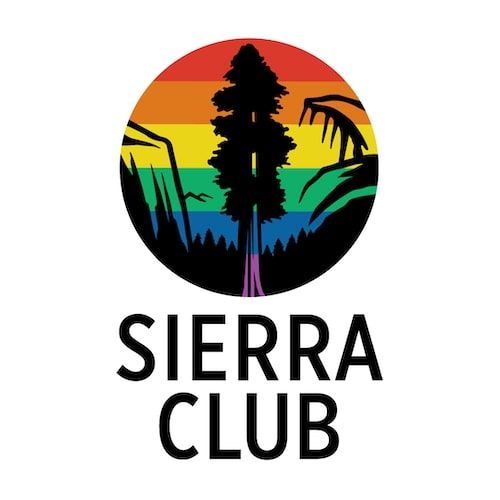 You don’t stay around for 128 years by squandering donations and working on ineffective campaigns. And while the Sierra Club might not be the newest or sexiest name in environmental charities, it is, without a doubt, the most solid. The Sierra Club, founded by famed naturalist John Muir in 1892, was the driving force behind landmarks laws like the Endangered Species Act and the Clean Air Act, and has been directly responsible for the establishment of 439 parks and monuments.

Today the Sierra Club links social justice with environmental protection, doing everything from advocating for Appalachian communities choked with pollution from big coal to protecting Navajo sites in Arizona to ensuring the rebuilt Ninth Ward in New Orleans goes back to its rightful residents. It’s also highly focused on developing clean energy, contributing to the closure of over 300 “dirty” power plants, and launching its Ready for 100 campaign, urging 100 cities to adopt 100 percent clean energy.

As you’d expect, the Sierra Club received exceptionally high marks from Charity Navigator, rating the highest overall score of any charity we researched. It spends $63 million of its $71 million on programs, with only $1.4 million going toward administrative expenses. Over 99 percent of its money comes from contributions, gifts, and grants — meaning that, despite its enduring legacy, the Sierra Club is still largely dependent on the kindness of strangers. And with a longer track record than any environmental organization on the planet, it’s always a safe bet.

NewsThere’s a New Way To Ensure Your Clothing and Travel Gear Is Sustainable
Tagged
Activism Sustainability
What did you think of this story?
Meh
Good
Awesome