Laos is the most bombed country in the world per capita. From 1964 to 1973, the U.S. dropped more than two million tons of ordnance on Laos during 580,000 bombing missions — equal to a planeload of bombs every 8 minutes, 24-hours a day, for 9 years.

These bombs were meant to disrupt the Ho Chi Minh Trail, a network of jungle and mountain paths that served as a logistical supply route for the North Vietnamese Army during the Vietnam War.

Up to a third of the bombs dropped did not explode, leaving Laos contaminated with vast quantities of unexploded ordnance (UXO). Over 20,000 people have been killed or injured by UXO in Laos since the end of the war. 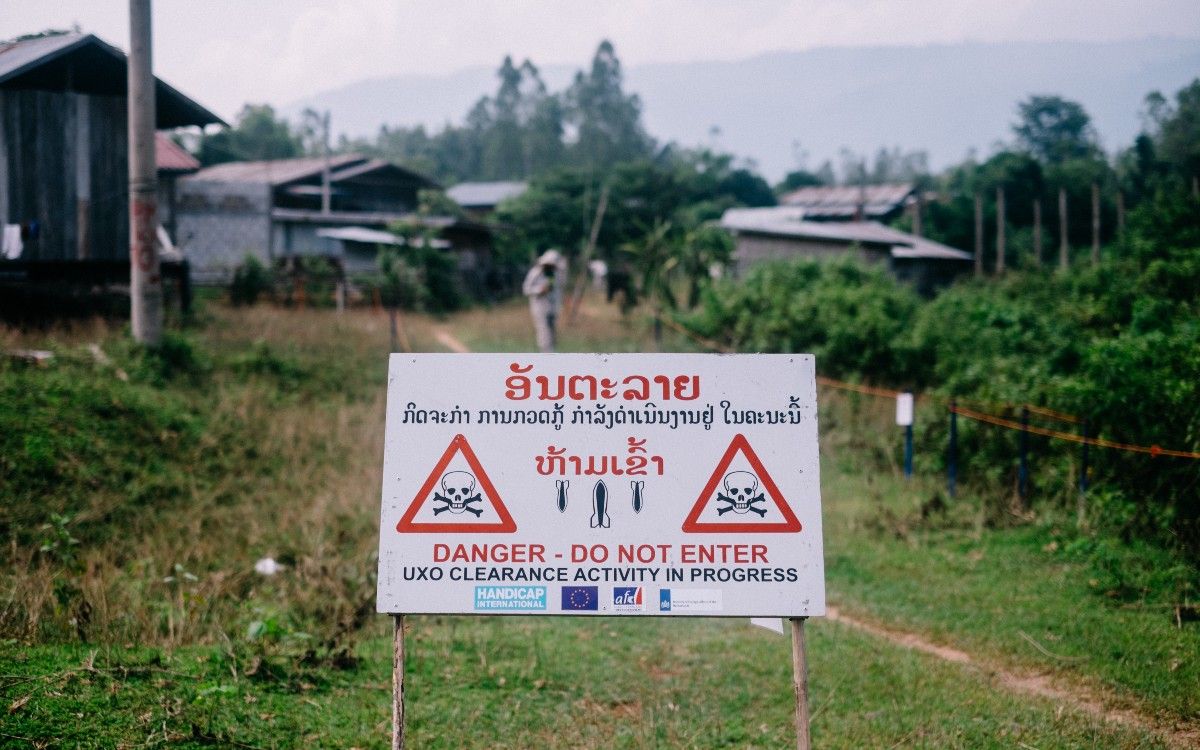 In September 2016, Rohan and I attempted to retrace the trail in Laos on bicycle.

I’m incredibly grateful for the Gladstone Memorial Trust for supporting this adventure. This photo journal is my way of saying thank you. 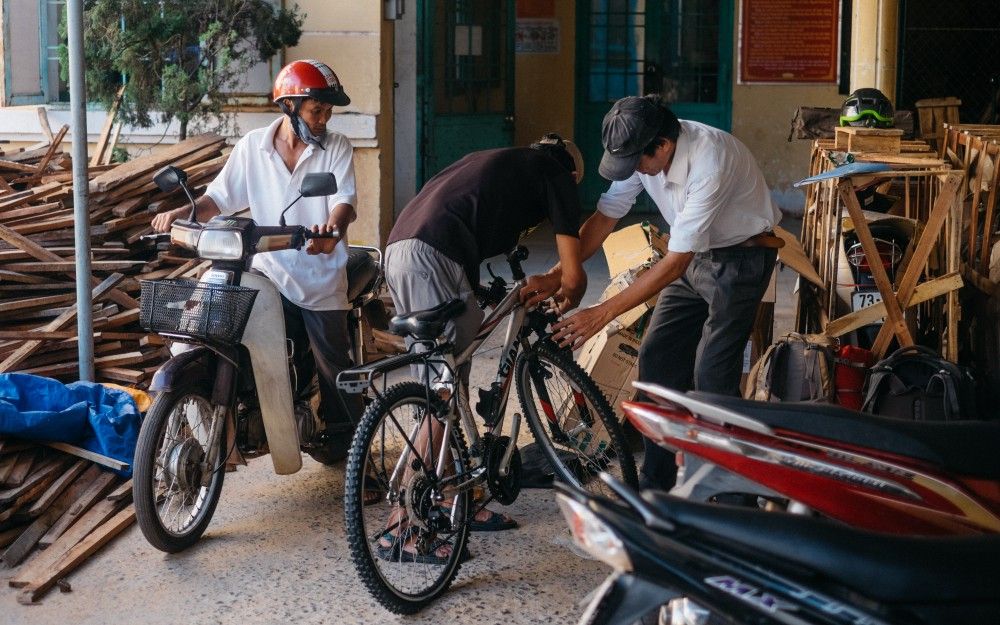 We assembled our bikes at Dong Hoi train station. We possessed the mechanical know-how of a potato, and our comprehensive pre-trip preparation involved downloading Bike Doctor from the App Store.

In the following weeks, this would become a common scene: us making marvellous fools of ourselves, being assisted by curious and helpful locals, many of whom possess an encyclopaedic knowledge of all things bicycle-related. 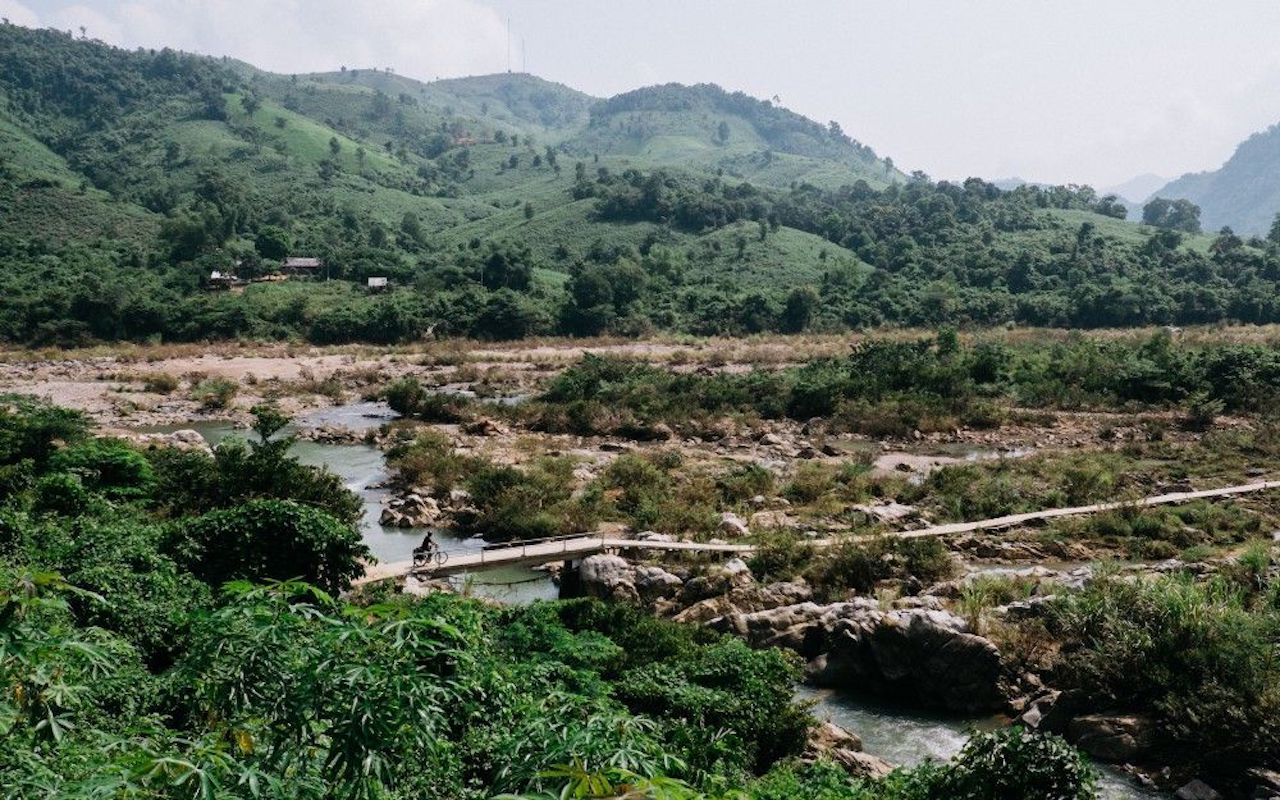 The road from Laos climbed relentlessly to the Mu Gia pass. This border crossing was the main point of entry into the Ho Chi Minh trail; by 1966, 75% of all trucks crossed ‘The Door of Death.’ Because so much traffic passed through this jagged limestone valley, it became one of the most bombed places on earth — an American pilot called it “the most godforsaken place in the world.”

It is obvious in hindsight, but that first day, 11 hours on the saddle, was a hint that this tour wasn’t going to be as easy as a ride down King’s Parade toward the Mill Lane lecture rooms. 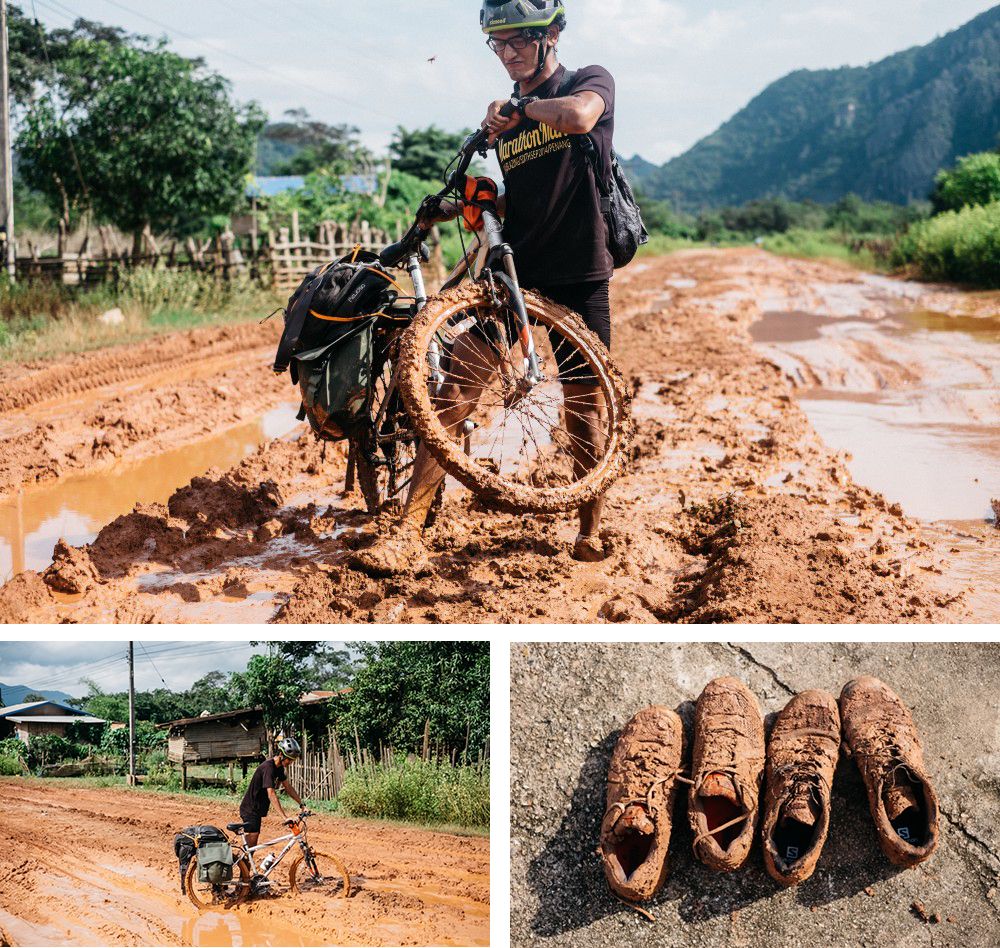 For various practical reasons, principally that water and soil combine to make mud, the timetable of the Vietnam War was dictated by the wet and dry seasons of the Indochinese region. So debilitating are the rains that the Americans launched Operation Popeye, a cloud-seeding weather modification programme designed to extend the monsoon season. Battle doctrines were drawn to accommodate mother nature.

So naturally, Ro and I found it wise to attempt the HCM trail during the rainy season. 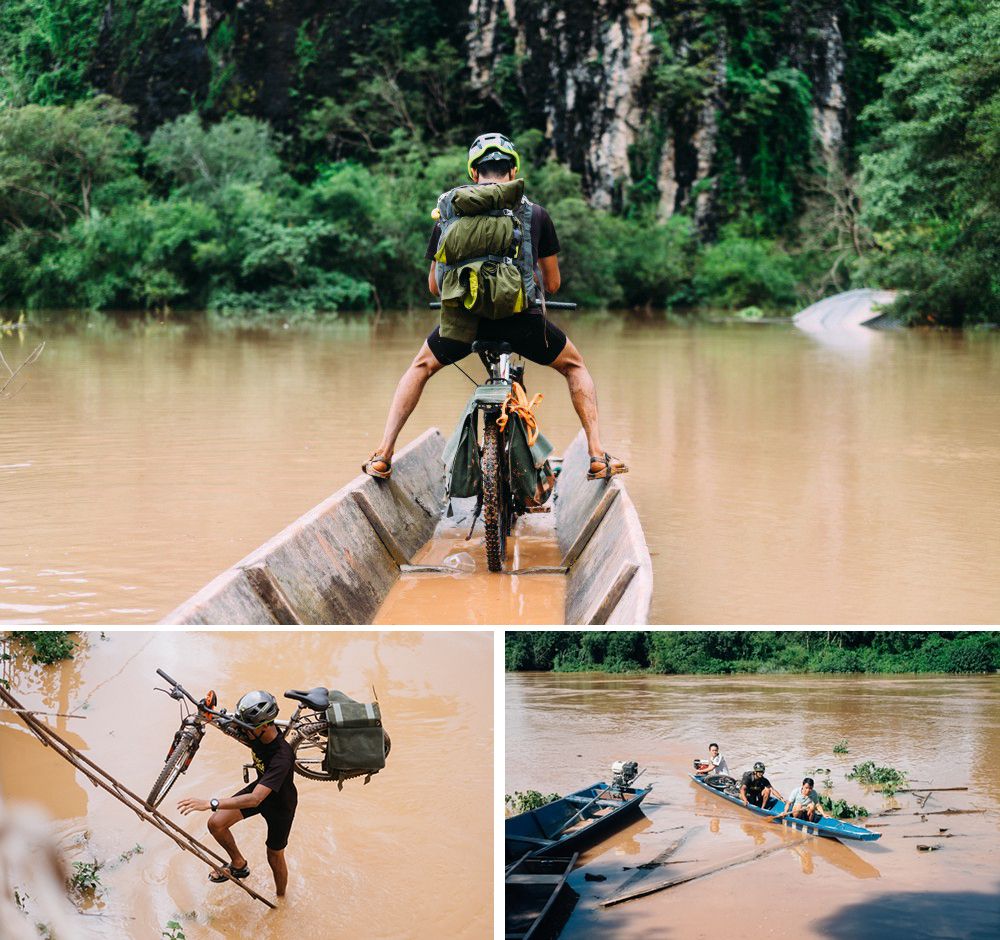 One of the hardest parts of the tour was coming to terms with the constant dispiriting discovery that there was always more water. The thing about hilly conditions is that you never see what’s to come. Every time we hauled ourselves up the crest of a hill, we found out that there was a flooded valley beyond.

As much as Ro and I wanted to lie down and die, we were dumbly captivated and inspired by how the North Vietnamese Army maintained the trail system for nine years, during the monsoon season, while being relentlessly bombed. 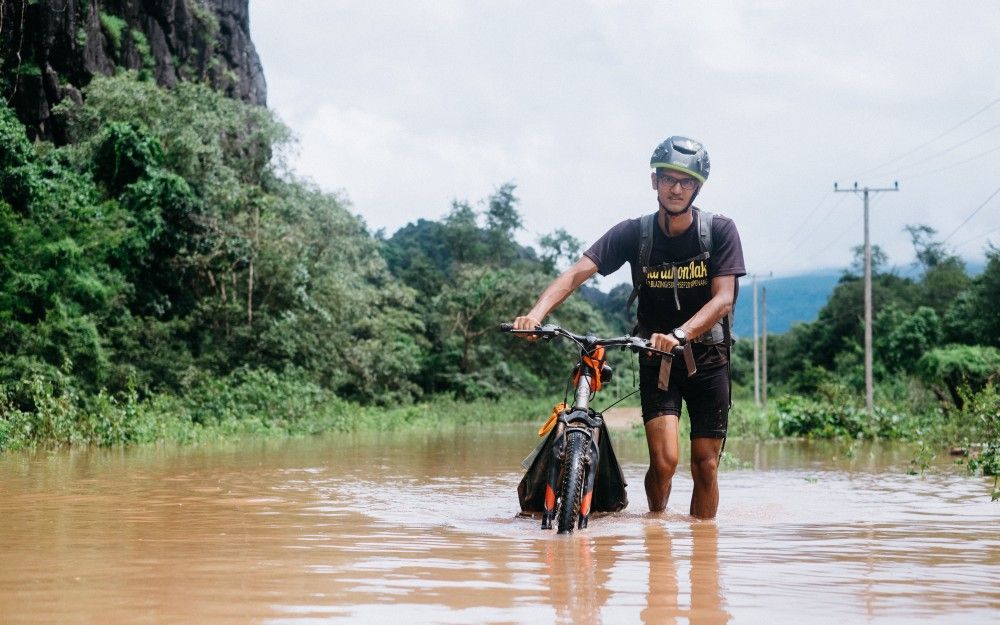 There is awfully little information about the trail available online, and we did most of our route-planning with satellite imagery. Unfortunately, the trail, by definition and design, was engineered to be invisible to prying eyes from the sky.

Stand in the mountains and you know that you are in a big space. Stand in a tropical rainforest and the trees surround you, hunker over you, crowd in from all sides. You sense but not see the vastness around you, like a small child lost in a sea of hairy legs. 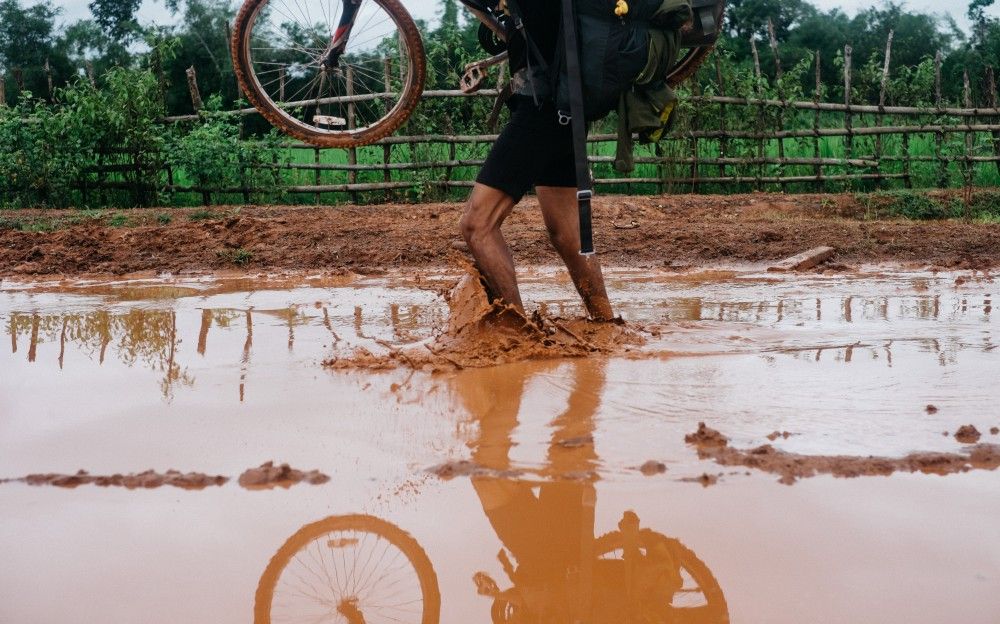 The same rainforest that sheltered the Viet Cong now harbours the enterprise of many an extractive operation. Illegal logging runs rampant in Laos, fuelled by Chinese demand and allowed by cavalier governance. In 2013, Laos exported 1.4 million cubic meters of timber, more than 10x the official timber harvest.

One time we ran into a convoy of armed men. We asked no questions and tried our best to appear intensely harmless, peddling away as rapidly as our pale thighs would allow. 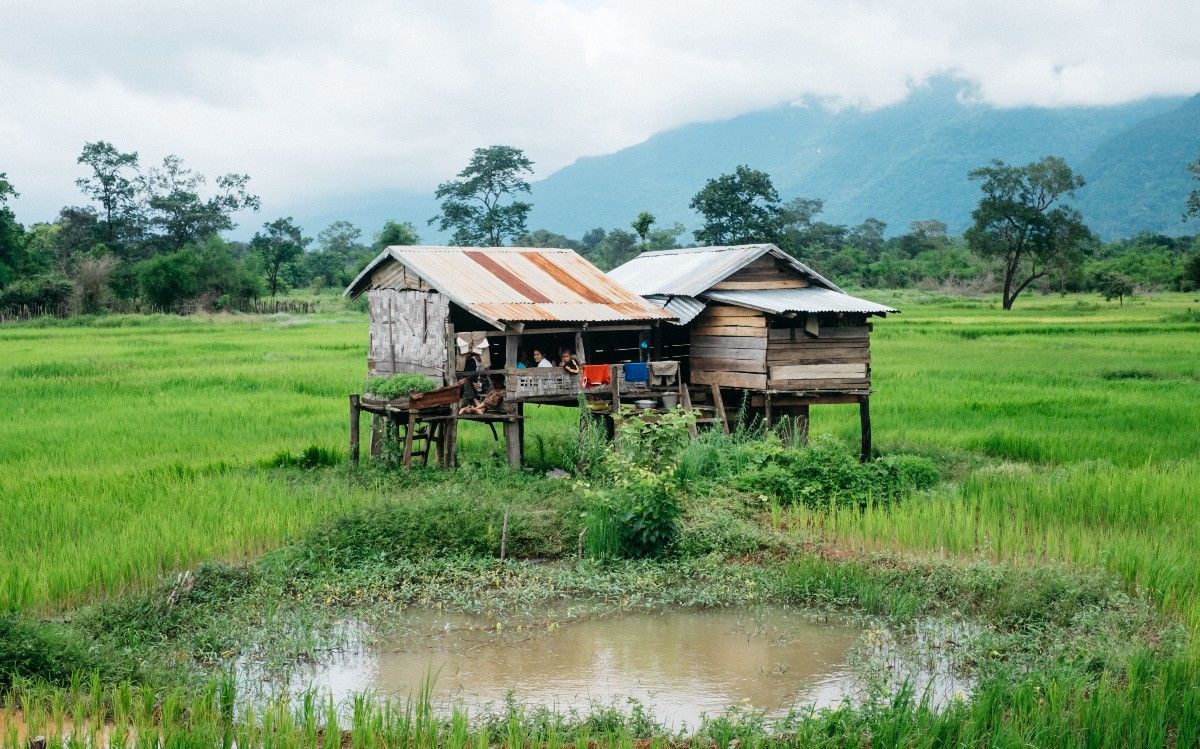 It is easy to think of war as a bookmark in history, a one-hour episode with sub-par acting on the History Channel. It was sobering to see how the conflict continues to be a part of everyday life in rural Laos. It’s common for homes to have a satellite dish and bomb crater out front. 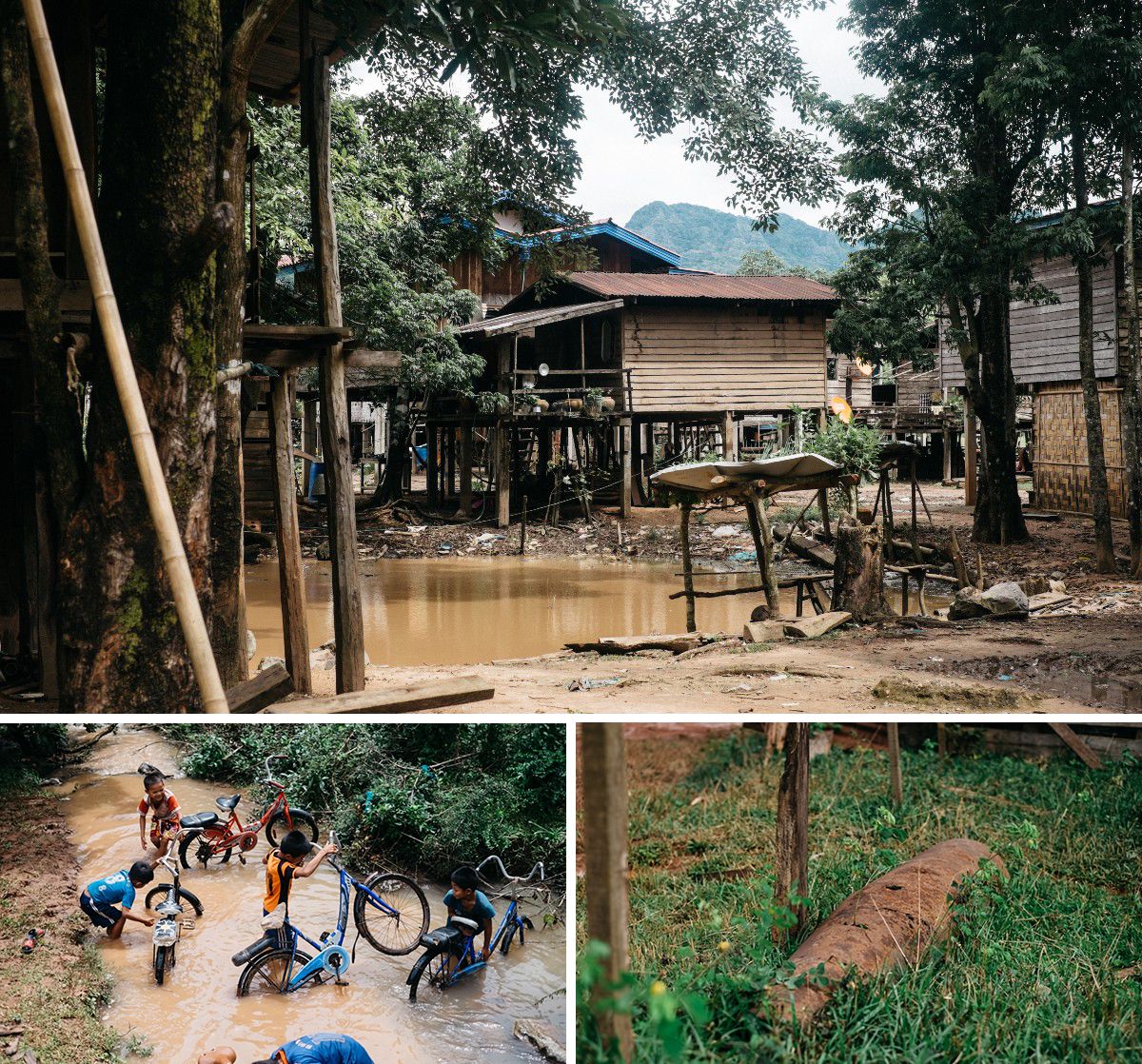 Even so, life in rural Laos goes on. I struggled to take photos and write words that are sympathetic toward the liminal moments that make up life in parts of Laos, that reveal a legacy of conflict that is at once casual and jarring, an indifferent “oh” and a disturbed “oh shit”. 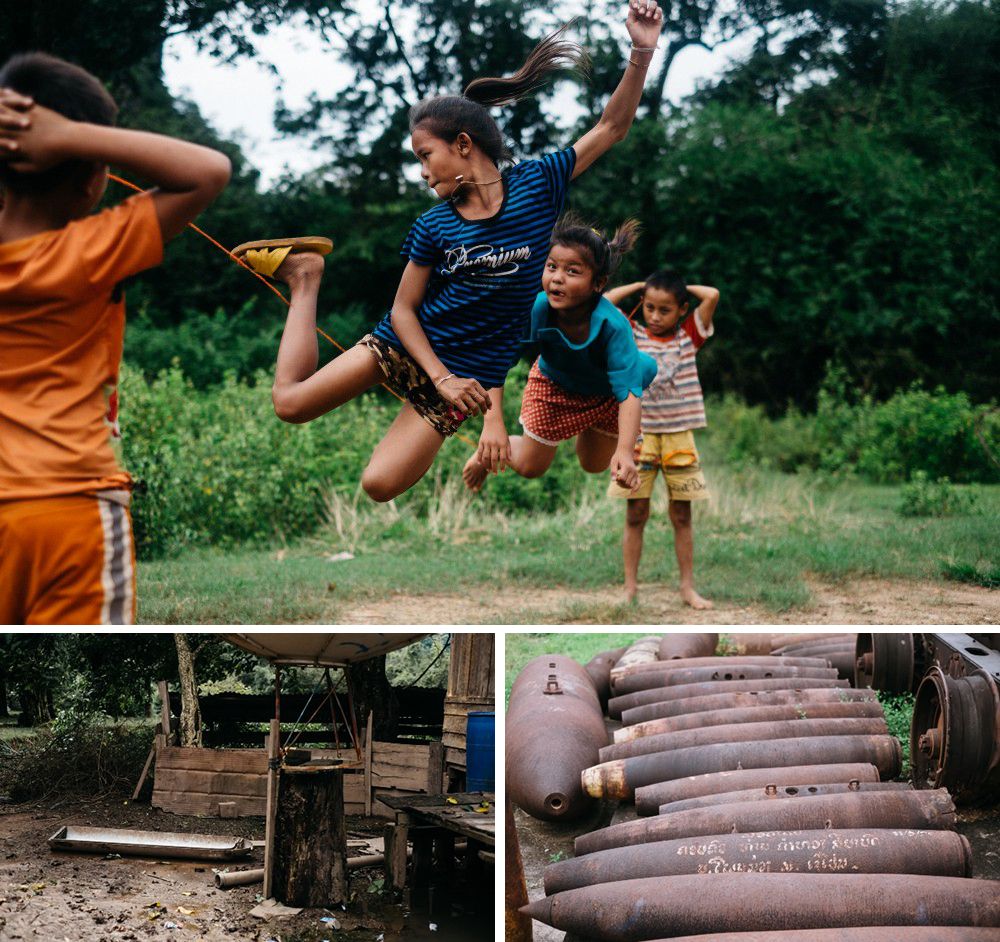 We made it as far as Xépôn before riding east back toward Hue, most well-known its role in the the Tet Offensive. Our butts were incredibly sore. I took some other photos of the beach, the market, our thighs, people eating. 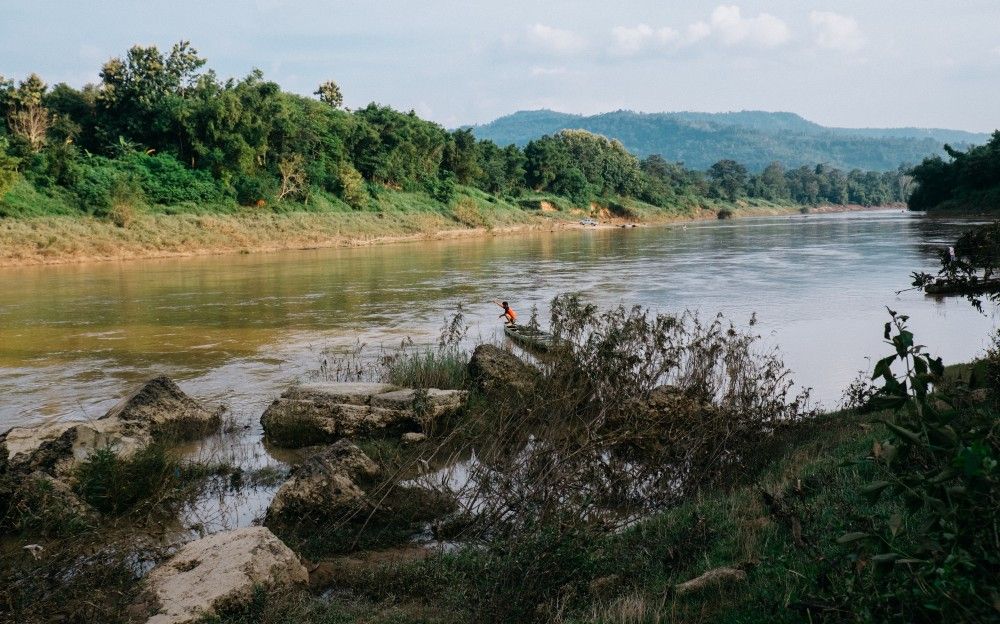 We managed to raise some money for the Mines Advisory Group along the way. I don’t yet comprehend the entire significance of this trip, but I know that we got a great deal out of the experience; learnt a lot about ourselves, about what adventure means to us, about parts of history that others would rather us forget. 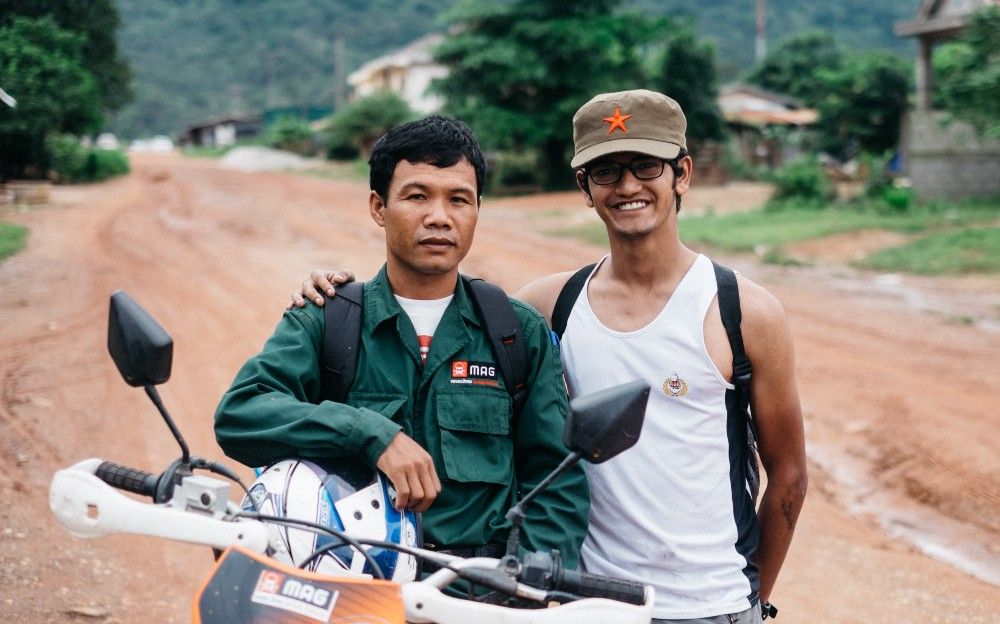 If you’re keen to do the Ho Chi Minh trail or go cycling in Vietnam and need some information, give me a holler.

We’d recommend that everyone try cycle touring sometime. You don’t have to swim with your bike or slip spluttering through mud.

To put things into perspective, Ro didn’t really learn to cycle until late last year, and we’d never been bike touring before. We’re still majestically incompetent on two wheels. Riding down King’s Parade toward the Mill Lane lecture rooms is still a chore. 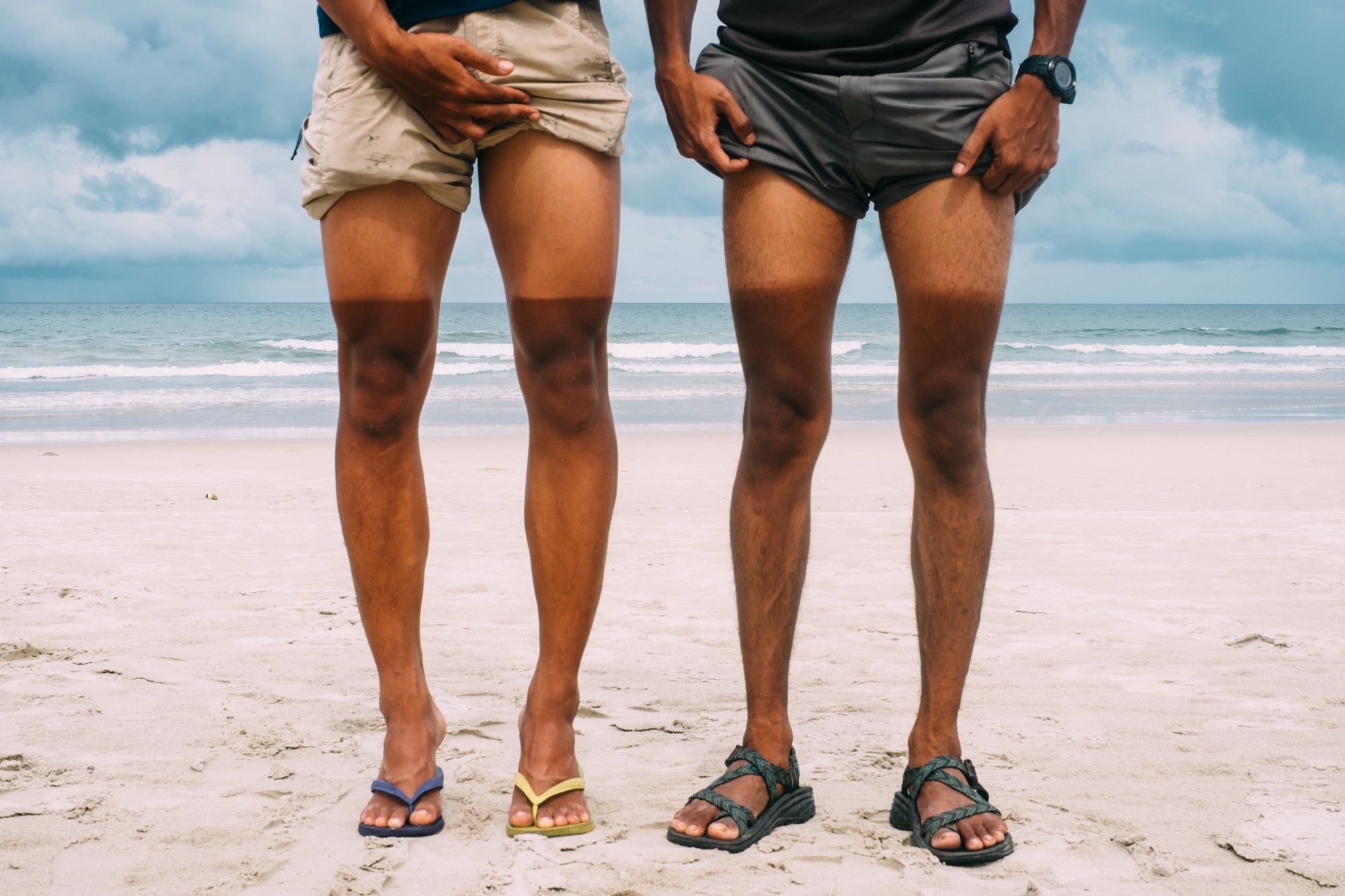 Tagged
Cycling Laos
What did you think of this story?
Meh
Good
Awesome