We know travel is a wonderful gift for our children. We want our kids to be curious about the world and to get out there and discover it. Reading is one of the best ways to inspire our children to travel. Books about other children traveling, or books about the experiences of others in a far-off place, fuel kids’ curiosity. Below we list some of our favorite books to inspire your kids — from kindergarteners to teens — to travel. 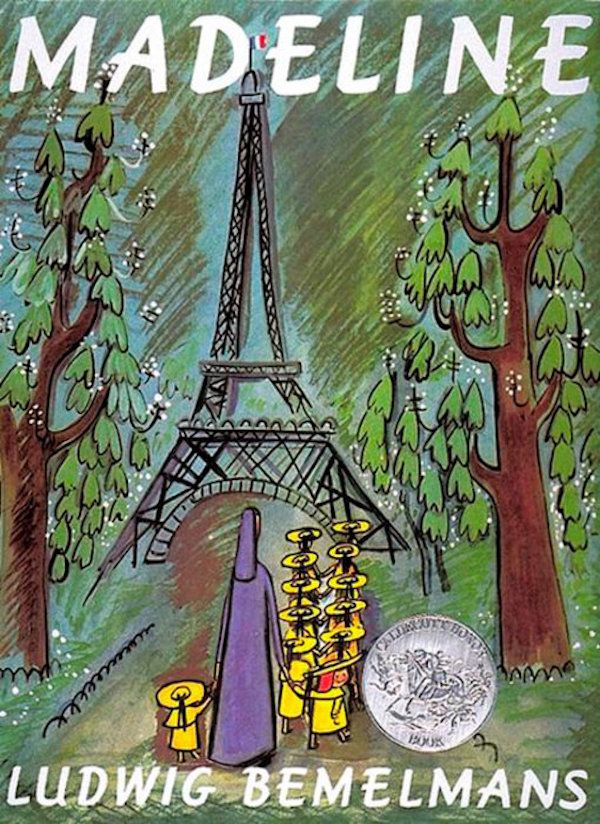 Yes, the collection of stories about a sassy and clever young girl launched by Ludwig Bemelmans 80 years ago can teach your young child about more than generosity, friendship, and bravery. The first Madeline books take place in France, centered in Paris, with the Eiffel Tower and France’s unique architecture making up the backdrop. Madeline is at a boarding school in a big old French house, visits the zoo, and even falls off a bridge into the Seine. In later books, Madeline travels to London; Washington, DC; Rome; and even Texas. Madeline is appreciative of her home in France and always curious about the new places she visits — and she’ll inspire that in your kids also.

2. Flat Stanley’s Worldwide Adventures by Jeff Brown and others 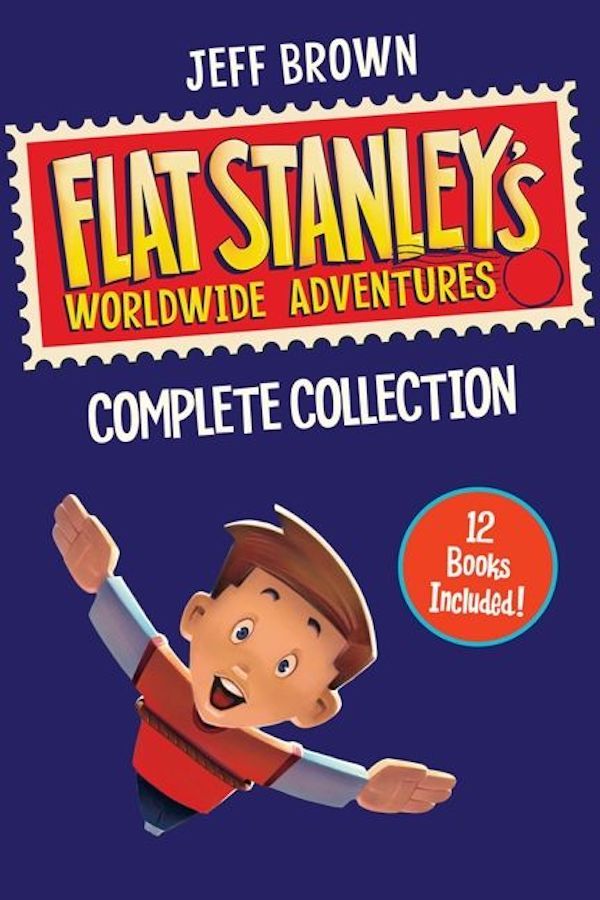 No young children’s book since the Flat Stanley series (initially published in 1964) does a better job in piquing an interest in travel. After Stanley accidentally gets flattened as thin as cardboard, he realizes he can travel the world by mailing himself there. Originally written by Jeff Brown, the series has had several authors in the following years.

Even today, kindergarten classrooms use the Flat Stanley books as a jumping off point to talk about the world around us. Teachers may follow up by asking kids to have a friend or relative send them mail from a distant city, and posting the letters’ points of origin on a big map. You could try that at home or, better yet, print out a Flat Stanley of your own and start taking him places and photographing him with your child there. That will inspire your little one to see how far Stanley, and they, can go.

3. Building on Nature: The Life of Antoni Gaudí by Rachel Rodríguez 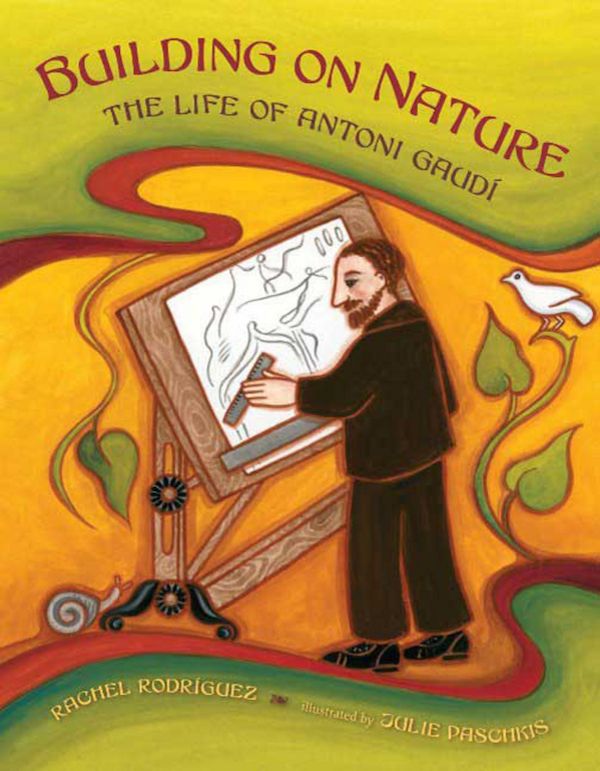 This picture book does more than get your young child ready to appreciate what makes Barcelona’s Sagrada Familia cathedral, and many of the city’s other Gaudí-designed buildings, so special. By looking at Gaudí’s life as a small boy, and at the architect’s appreciation for nature, this clever book also teaches kids to appreciate what goes into making art itself, and shows how early experiences and impressions can affect us in positive ways as adults. And by bringing art and architecture to the personal level, it will perhaps make that next trip to the museum more accessible. 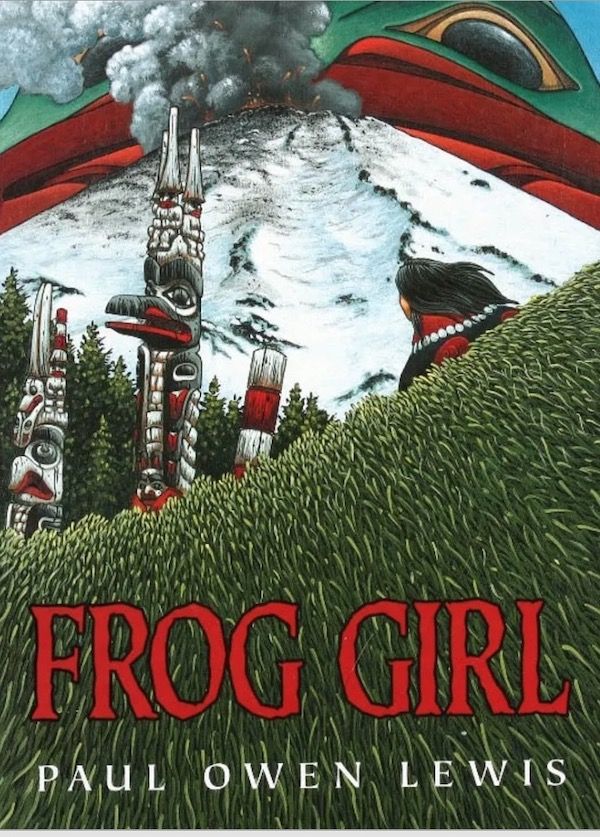 Drawing on the myths of the Haida, Tlingit, and other First Nations peoples of the Pacific Northwest, the stunningly illustrated book tells the story of the chief’s youngest daughter and her efforts to save a village. After she witnesses boys capturing frogs for fun, the girl finds herself called to a mystical world below the lake, where she learns what she must do to correct this mistake. The story draws you in, and the illustrations are works of art on their own. This beautiful book educates kids about a scenic part of North America, its first peoples and their culture, and respect for the environment. 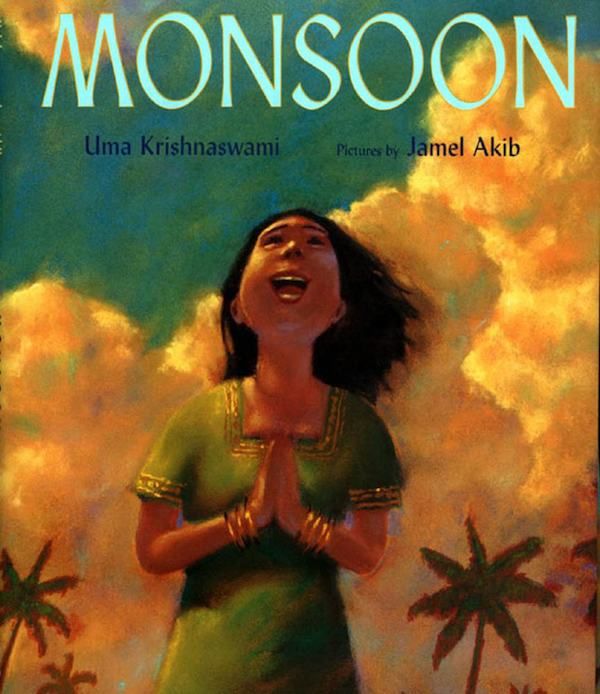 Taking place through the eyes of a girl in northern India, Monsoon conjures the anxious feeling of waiting through blisteringly hot days for the arrival of monsoon season. Through Krishnaswami’s words and Jamal Akib’s evocative illustrations, we see market and city life in this part of the world. We can almost feel the dusty, dry heat, and the eventual shudder of relief, when the much-needed rains make their arrival. Not only does this engrossing picture book teach you more about monsoons than you probably knew; it actually makes you curious to experience one.

6. Dear Primo: A Letter to My Cousin by Duncan Tonatiuh 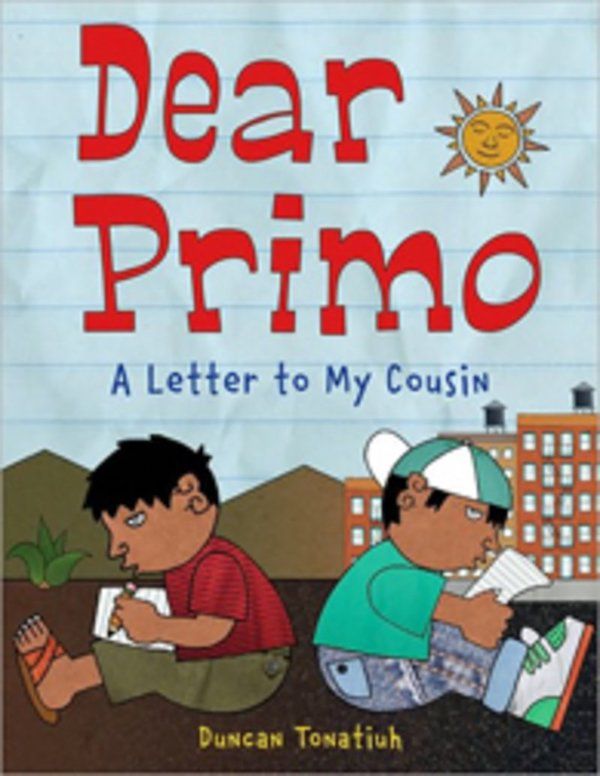 This book takes place in the form of letters two cousins, Charlie in the United States and Carlitos in Mexico, write to one another. It highlights the many physical differences in the places the boys live, but also reminds the readers how alike the boys are. Author and illustrator Tonatiuh’s images are inspired by art from Mexico’s ancient civilizations. It’s a thoughtful introduction into some aspects of Mexican culture, with plenty of Spanish words thrown in, and a great jumping off point for discussions with our kids about similarities and differences between cultures. 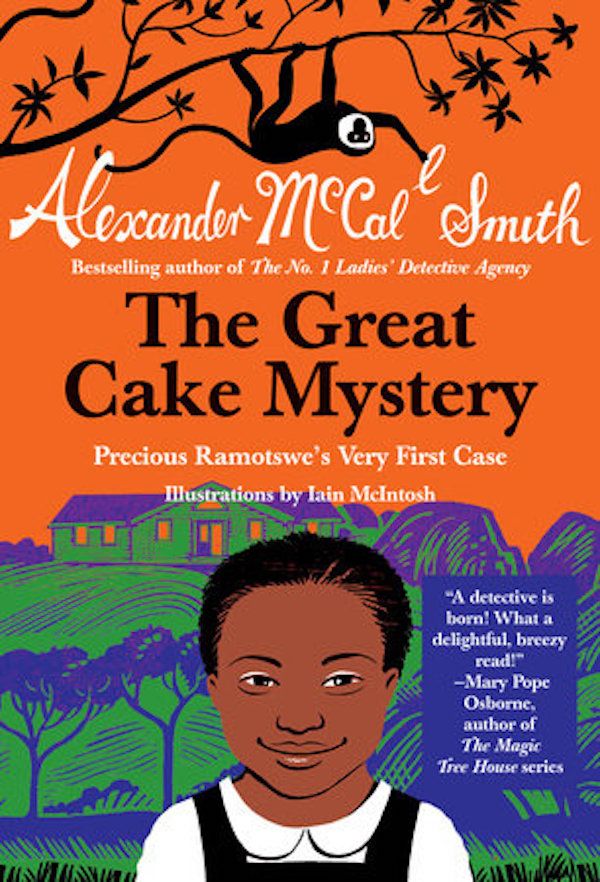 Alexander McCall Smith’s successful adult mystery series set in Botswana, The No. 1 Ladies’ Detective Agency, has been translated into multiple languages and was even made into a TV series. In three books made just for kids, the first one called The Great Cake Mystery: Precious Ramotswe’s First Case, the Zimbabwe-born author shows us the series protagonist as a young girl. The story takes us through Precious’s school and neighborhood, and the illustrations bring Botswana to life. Besides being a fun look at life in this African country, the book also teaches us about careful listening and not jumping to conclusions.

8. The Explorer by Katherine Rundell 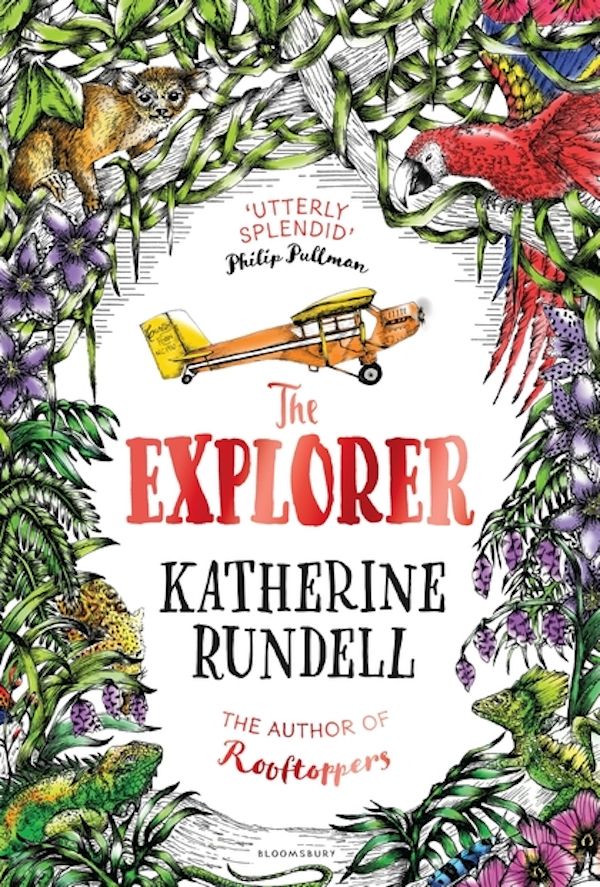 Reading a book that pretty much starts out with a plane crash might not be the best way to inspire your own kids to get on an airplane. At least in this case the plane crashes into a rainforest canopy that cushions the crash and saves the protagonist Fred and three other children. From there, Fred finds himself trying to help them survive in the Amazon jungle, with incredible adventures along the way. It’s not all technically accurate — yes, there are pink dolphins in the Amazon River, but we’re not sure about the lost city the kids find — but it’s an exciting page-turner that inspires a sense of wonder about the rainforest and distant lands.

9. Percy Jackson and the Olympians by Peter Jackson 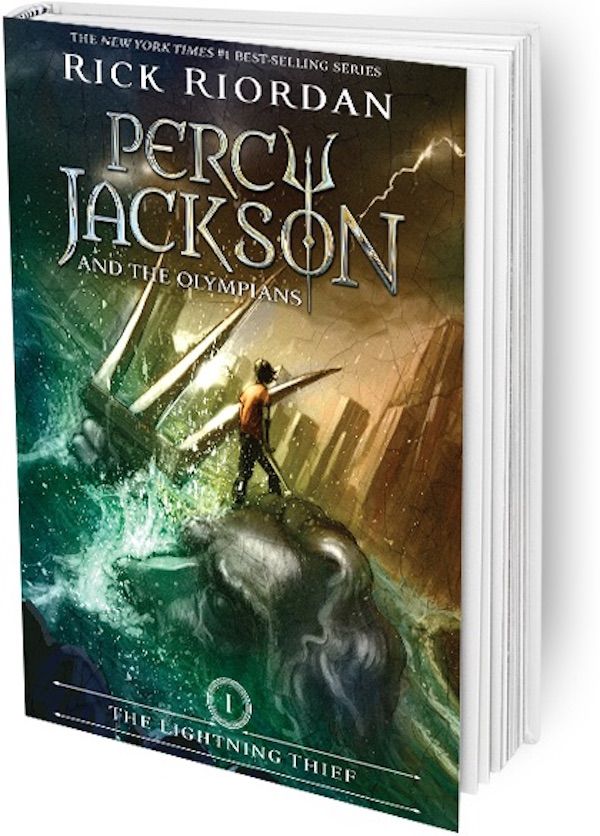 Few books have done more to turn tweens onto the magic of ancient mythological stories than the Percy Jackson series. Percy Jackson follows the adventures of a modern-day teen in New York whose dad just happens to be Poseidon. His friends are Annabeth, Athena’s daughter, and a satyr named Grover. Even though the series occurs in the present day, ask any Percy Jackson fan about a Greek myth and they’ll fill in details you don’t even remember from school. This series won’t just make those young readers excited about visiting Greece; they’ll actually want to visit the Greek and Roman area at New York’s Metropolitan Museum of Art.

10. Diary of a Tokyo Teen: A Japanese-American Girl Draws Her Way Across the Land of Trendy Fashion, High-Tech Toilets and Maid Cafes by Christine Mari Inzer 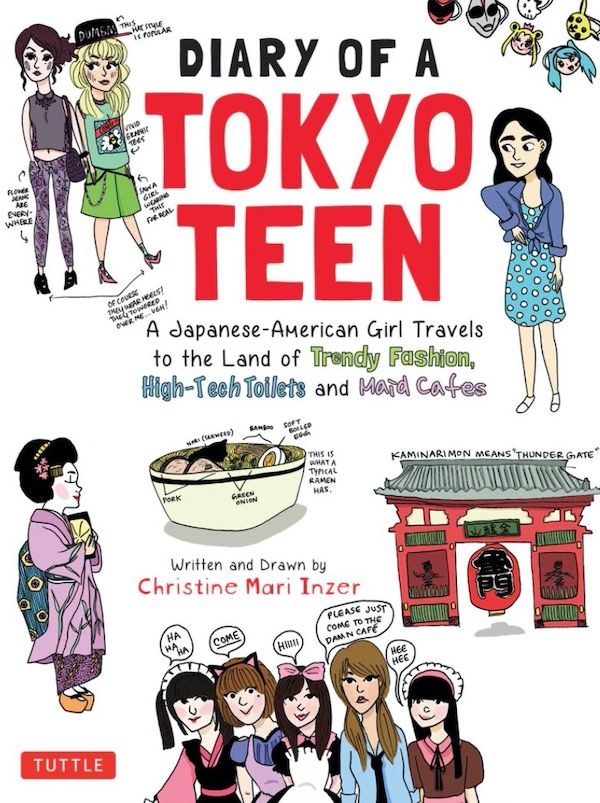 Diary of a Tokyo Teen is the kind of book that will hopefully not just be of interest to your manga- or graphic-novel-obsessed teen, but also open a window into how cool and different, and yet familiar, another culture can be. Written by a Japanese-American teen, this book is amusing for more than just teenagers as we experience Tokyo through the eyes of a 16-year-old — not just its crazy fashions and incredible food, but colorful characters she meets along the way. 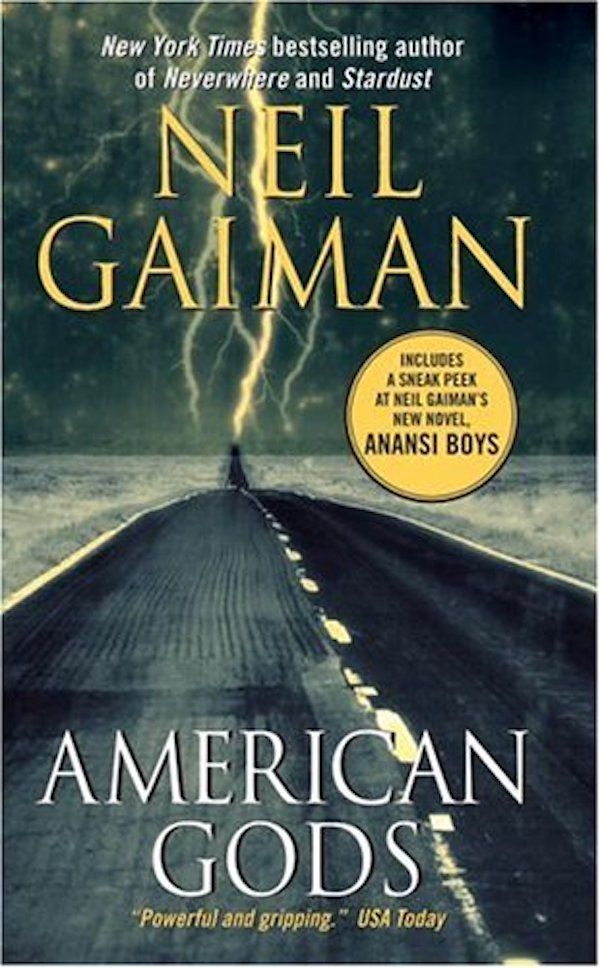 Teens will appreciate the slightly more gruesome take on mythology than the Percy Jackson series. This time the mythology is centered on embittered Norse gods who want to take power back from the “new” gods in America, the gods of technology, internet, and modern life. The book doesn’t just teach readers about Norse mythology, perhaps piquing their curiosity about northern Europe; it touches on Yoruba, Greek, Ukrainian, Irish, and Ashanti lore, as well. And it involves travel — across the US and even to Iceland.

Stop Saying Your Kids Are Too Young To Travel
Tagged
Books Family Travel
What did you think of this story?
Meh
Good
Awesome