Though Juneteenth has been celebrated in the African-American community since 1866. The enactment of Juneteenth National Independence Day on June 17, 2021, provided national recognition and memorialized an important milestone in African-American history. The date, June 19, 1865, when the last enslaved people in Texas were liberated, marks the effective end of American slavery.

Through various community-focused events, the Juneteenth holiday enables the national dialogue on race to continue and offers another opportunity to celebrate Black history and culture. From music festivals to freedom walks, these eight cities host some of the nation’s finest Juneteenth events with the goal of uplifting the Black community and honoring the enduring pursuit of racial equality in the US. 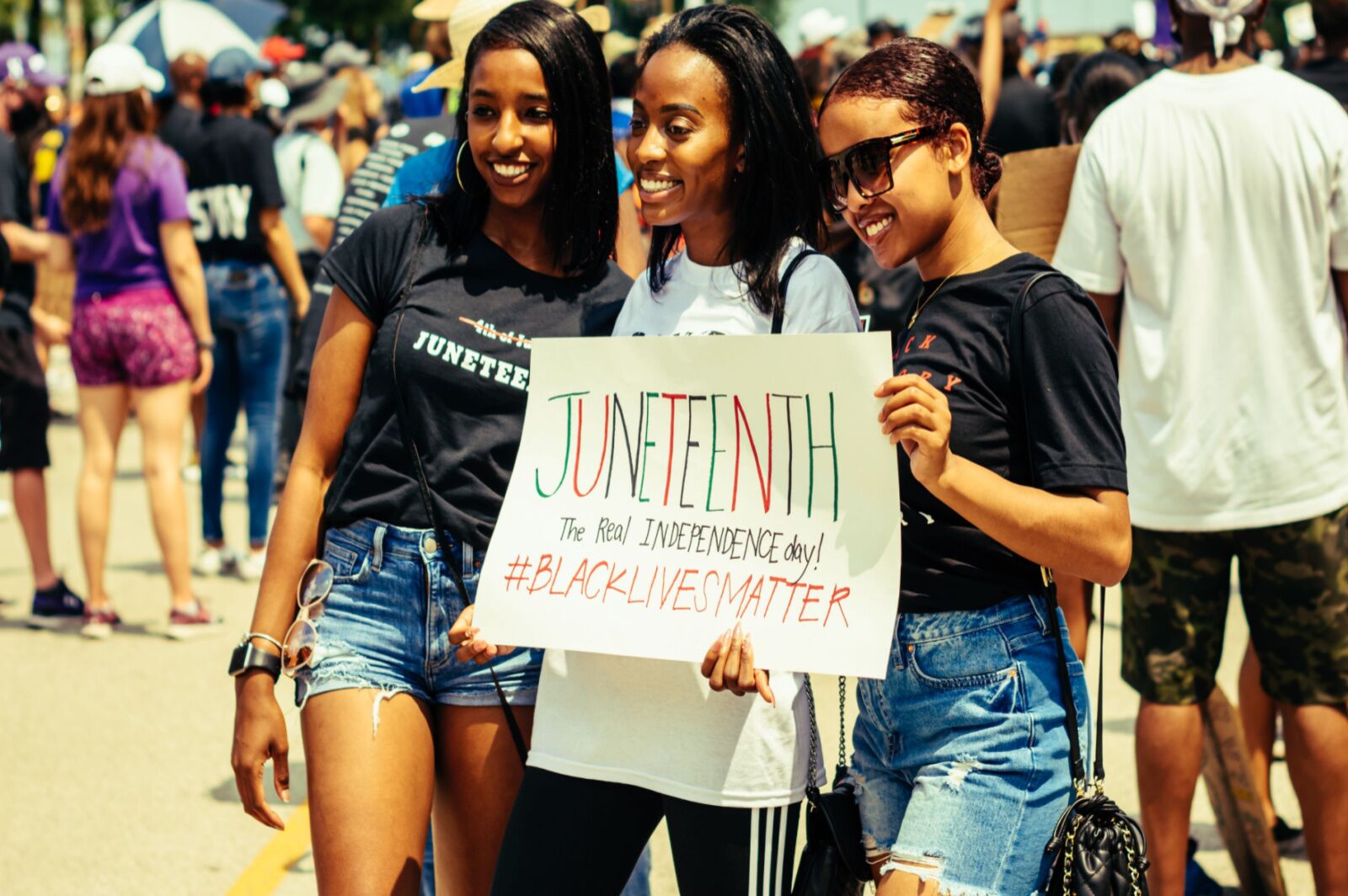 When it comes to Juneteenth festivities, it’s hard to top Galveston, the birthplace of Juneteenth. The city hosts a variety of events, including an annual banquet, a freedom tour, a poetry festival, and a business summit. Two of the most popular Juneteenth events in Galveston are the annual picnic and parade and the annual reading of the Emancipation Proclamation in front of the official Juneteenth monument at the historic 1859 Ashton Villa.

Not to be missed is Galveston’s Freedom Walk, an interactive tour that retraces the steps of Union Soldiers through the streets of Galveston as they spread the message of freedom. Also worth visiting is the Absolute Equality Mural, a 5,000-square-foot art installation located near the site of Major General Gordon Granger’s office.

At Houston’s Emancipation Park—a 150-year-old park that was founded in 1872 by four freedmen and their communities to celebrate emancipation and Juneteenth—there will be a two-day Juneteenth festival from June 18th to June 19th. The festival will feature musical performances by artists such as The Isley Brothers, Kool & The Gang, and Sheila E., an interactive kid’s zone and game zone, local vendors selling food and other products, guided park tours, and a community resource zone with more than 40 organizations providing free resources.

Charleston’s Juneteenth celebrations will include three notable events: Root of Soul J19th Fest, Juneteenth Family Fest, and the Lowcountry Juneteenth Week. Each event will center around food and community, as well as live performances, art, and cultural activities.

In addition to these festivals, the Avery Research Center for African American History and Culture and the Charleston Place hotel are partnering with a renowned group of local Gullah experts to host a month-long series of events that incorporate the state’s Gullah Geechee culture and Juneteenth traditions. Programming includes Gullah cuisine tastings with Chef Charlotte Jenkins and sweetgrass basket weaving with fifth-generation weaver, Corey Alston.

The Elegba Folklore Society is holding its annual Juneteenth, A Freedom Celebration on June 26th, featuring the Get Woke Youth Summit and the Freedom Market. On June 11th, Elegba Folklore Society is also having a precursor event, the Torch Lit Night Walk Along the Trail of Enslaved Africans, which will interweave the narratives of enslaved Africans with the historical record, characterizations of the day, and music. Also in Richmond, the Black Village of RVA is hosting its 2nd Annual Juneteenth Block Party with more than 100 Black-owned businesses, live music, dance, food, spoken word, and more.

The 10th annual Juneteenth Atlanta Parade & Music Festival will take place at Centennial Olympic Park in Atlanta from June 17 to June 19. The event will be presented on four stages and include a Black History Parade, aerial flyovers, a Father’s Day celebration, a fireworks show, a Gemini and Cancer Birthday Boogie, family-friendly games and activities, and more than 300 vendors.

At the Atlanta History Center, Juneteenth: Jubilee on the Lawn will offer a series of curated experiences that explore the history of the holiday and Black innovation, life, and excellence from emancipation to the present day. There will also be a party on Swan Lawn that offers music, games, food, and drinks.

The “Bluff City” has been hosting an annual Juneteenth event for nearly 30 years. This year, the Memphis Juneteenth Festival will host a Freedom 2.5 Walk Run, a Greek Step Show, a musical, a car show, and a community baby shower.
Slave Haven Underground Railroad Museum, which is located in a former safe house along the Underground Railroad, hosts an annual Juneteenth celebration that features spoken word, African music, and drumming, and libations to the Ancestors.

The Juneteenth Freedom Festival will include an inaugural Juneteenth Honors awards and music show, a celebrity golf tournament, a community block party, a Father’s Day reception, and the nation’s largest diversity, equity, and inclusion-focused career fair.
Another notable event, the Something in the Water festival, will take place on Independence Avenue from June 17 to June 19. In partnership with the Government of the District of Columbia, Grammy-winning artist Pharrell Williams is bringing the three-day festival to the nation’s capital. The festival features a lineup of more than 60 artists like Chloe x Halle, Usher, Snoh Aalegra, and Dave Matthews Band.

Museums11 Must-See African American Heritage Sites in the US This Year
Tagged
Festivals Holidays
What did you think of this story?
Meh
Good
Awesome