Colombia is one of the most biodiverse countries on the planet. So many different ecosystems collide here — the volcanic beaches at sea level rise to the high peaks of the Sierra Nevada de Santa Marta in a matter of miles, for instance — creating environments that attract all kinds of wildlife. Bird species alone number nearly 2,000, the widest variety you’ll find anywhere.

Birding hotspots dot all of the country’s regions and showcase some pretty stunning landscapes. You’ll be scouting for dozens if not hundreds of species throughout Colombia’s tropical forests, up in the Andes, and in the salty air of the Caribbean — here’s where to begin. 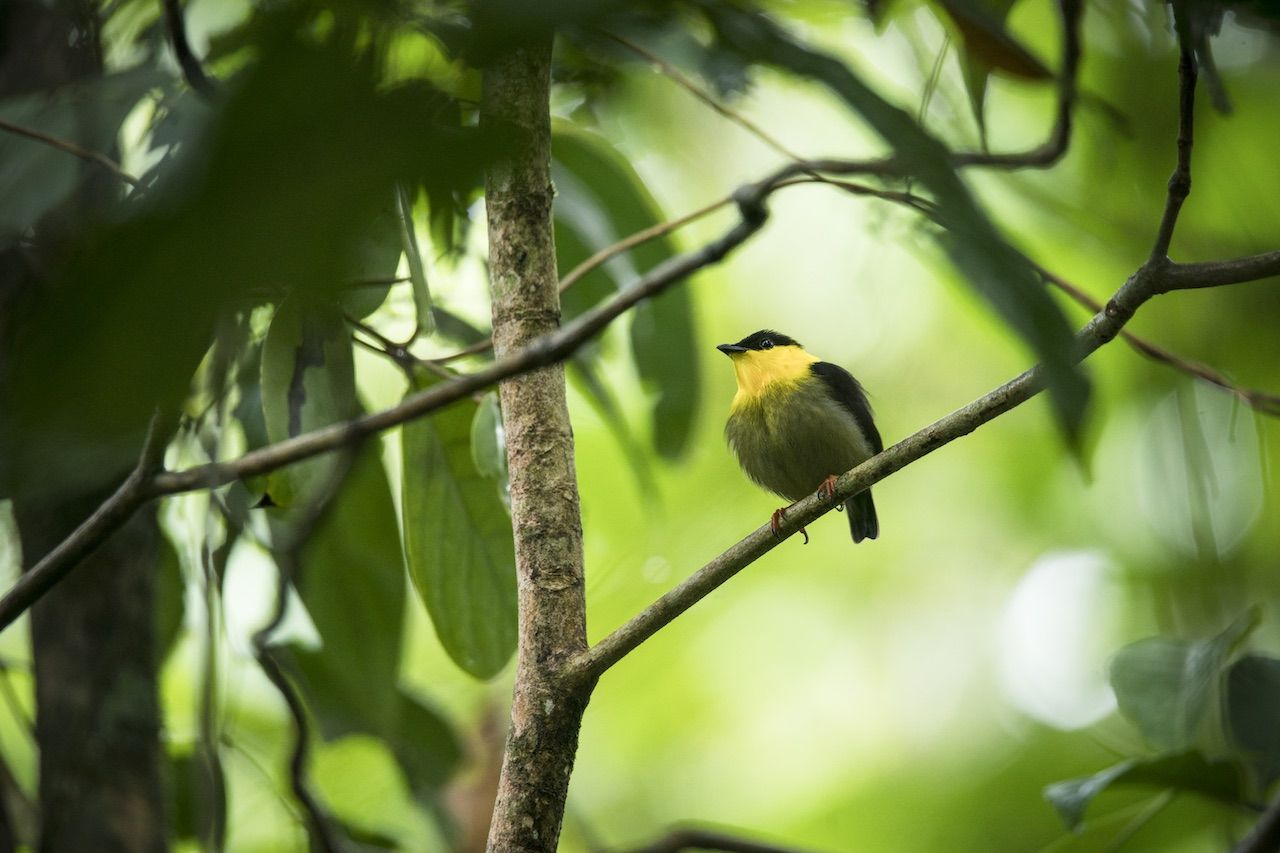 Simply put, Chocó — Colombia’s west coast, essentially — is one of the world’s busiest bird migration corridors. And while thousands of birds fly through here on their way to cooler climates, Chocó is also home turf for many endemic species. Hence its status as such a great spot for birdwatching.

Start your journey at El Almejal Natural Reserve in Bahía Solano, right on the Pacific Ocean and not far from Utría National Natural Park. Unlike most other locations mentioned in this guide, El Almejal offers onsite eco-lodging — this way, you can play by the birds’ schedule rather than simply stopping in for a quick visit with fingers crossed.

Then there’s Las Tangaras Bird Reserve, home to two related celebrity species: the gold-ringed tanager and the black-and-gold tanager. The reserve is located in Carmen de Atrato, and it also has comfortable eco-lodging with modern amenities. It’s an especially amazing place for hummingbird lovers — 20+ species visit the feeder stations maintained by the reserve. 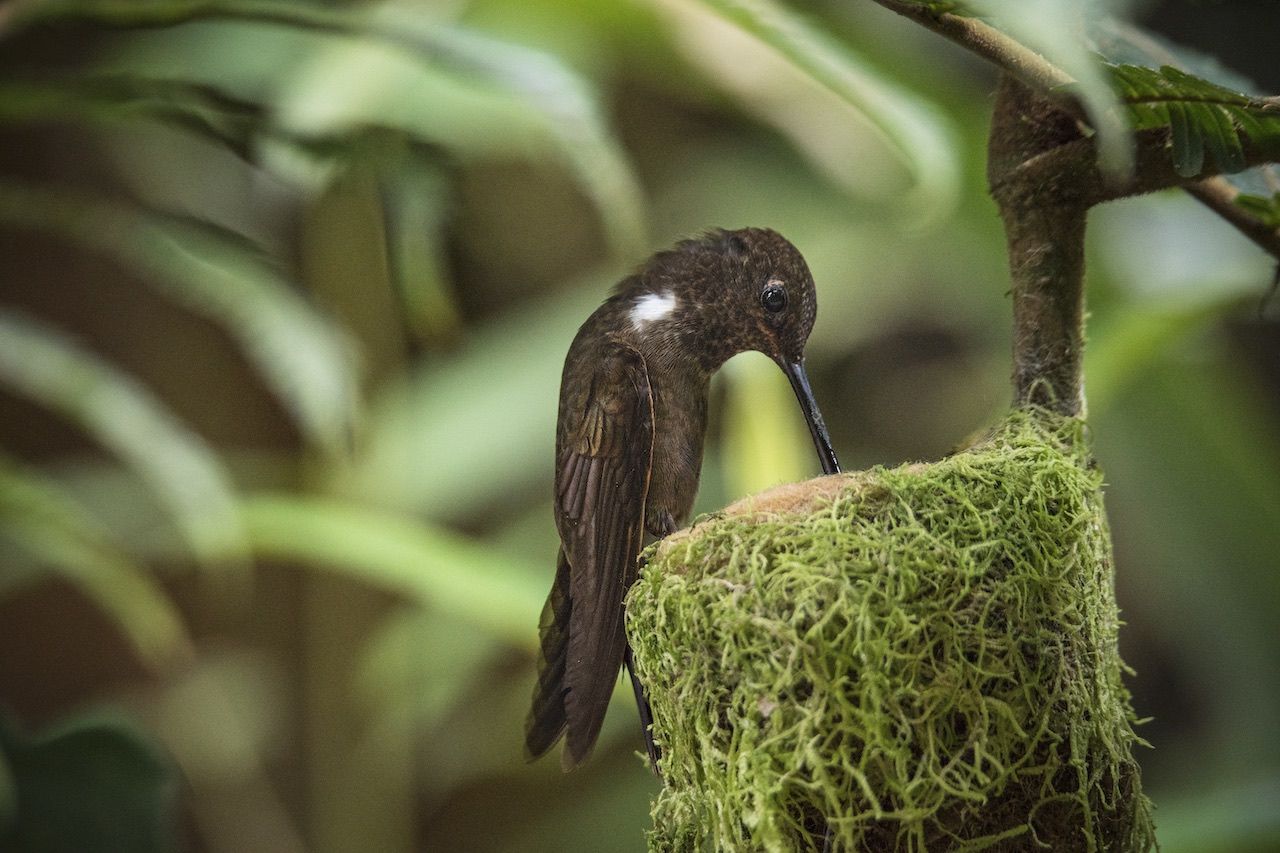 If you’re visiting the Colombian Andes with your sights set on some serious feather action, good luck choosing from all these options. Here are just four great spots where you can put your binoculars to good use: 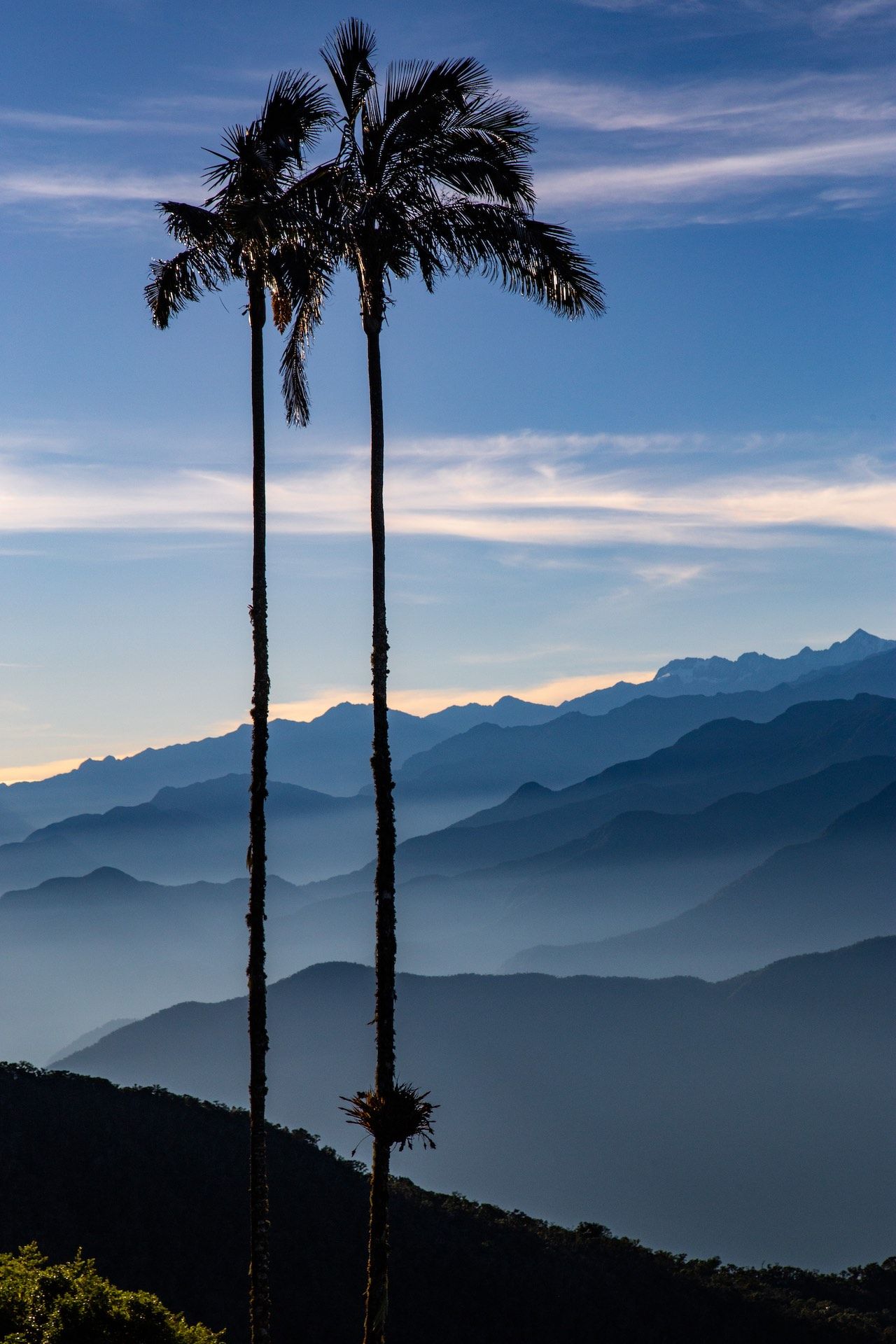 Nope, not the Andes — the tallest peaks in Colombia are actually found in the Sierra Nevada de Santa Marta, the highest coastal range in the world. And while you might think the elevation would weed out fragile fliers, just ask the seven species of hummingbirds endemic to Sierra Nevada de Santa Marta National Natural Park. Wildlife actually gets heartier down in the foothills and nearer the ocean — in Tayrona National Natural Park, the roadside hawk, yellow-headed caracara, and king vulture rule the white-sand beaches and inlets.

But the large national parks don’t hog all the birding headlines here. To catch the real-life version of everyone’s favorite lawn bird, head to Los Flamencos Fauna and Flora Sanctuary, a habitat for colorful birds like the flamingo and the vermillion cardinal. Or, if it’s the frigatebird you’re after, know that they nest in the volcanic cays of McBean Lagoon Old Providence National Nature Park. A visit here takes you off the mainland and to Providencia Island, technically closer to the shores of Nicaragua. The island is part of a small, fairly isolated archipelago in the Colombian Caribbean — in addition to wildlife, the park helps protect the world’s third-largest reef. 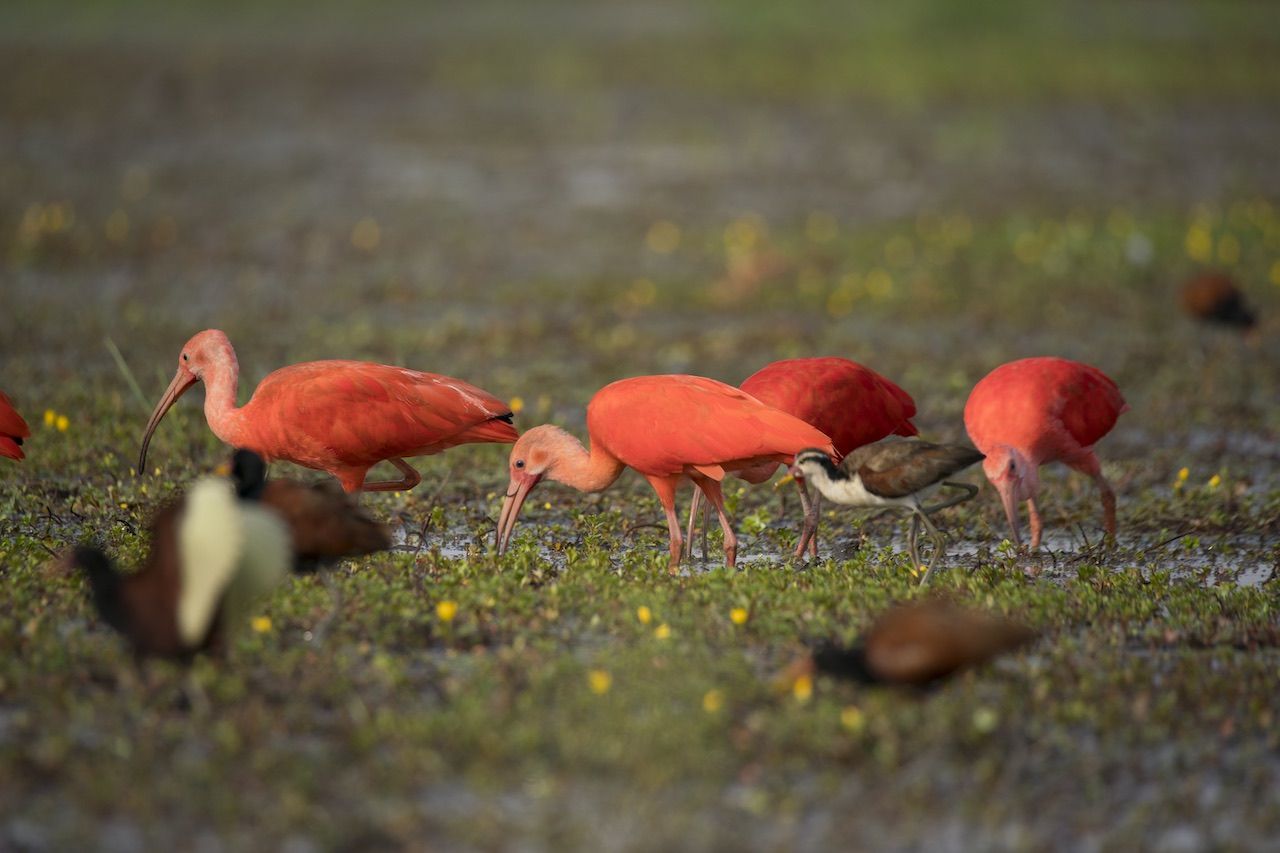 The Orinoquía Region, in the country’s east, encompasses three national parks — here’s what you need to know: 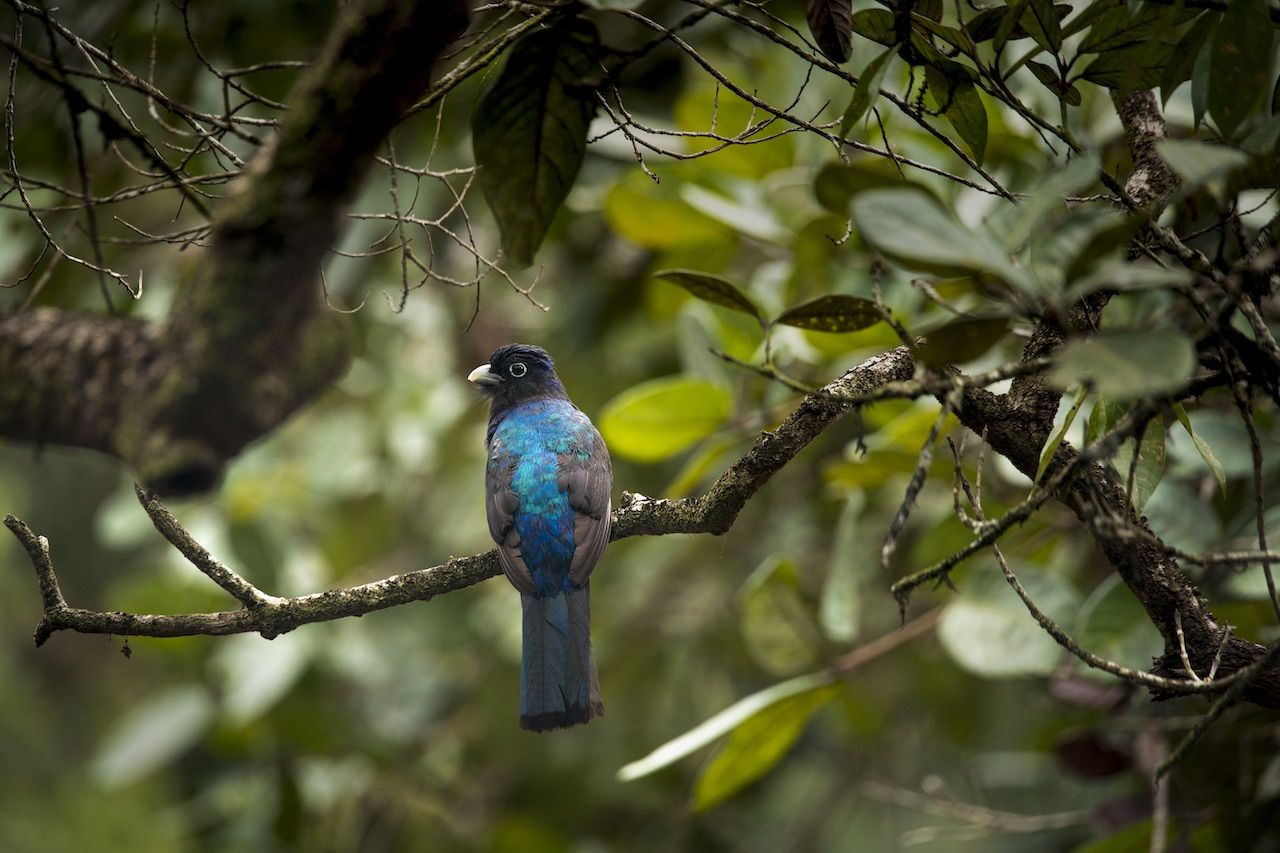 The Amazon is certainly one of the most important places on Earth when it comes to conservation and biodiversity, and while the Colombian Amazon is tiny compared to its Brazilian counterpart, the variety of species present here is still significant.

Amacayacu National Natural Park is the main eco-destination of the region. The name means “river of the hammocks” in Quechua, and it’s the only Colombian park that protects the forested floodplains of the Amazon. While Amacayacu technically has a visitor center, don’t bother GPSing it — it’s been closed for many years now, and there’s no specified date for reopening. This means you’ll either need to stay in nearby Leticia or in basic accommodation offered in local villages. And “basic accommodation” here means, of course, hammocks. Luckily, “from a hammock” is the perfect way to wile away the hours in the company of 470 species of birds.

This post is proudly produced in partnership with the ProColombia.
Tagged
Insider Guides Wildlife Colombia
What did you think of this story?
Meh
Good
Awesome