Museums contain a wealth of knowledge, treasures, and experiences that cannot be had anywhere else. From Egyptian antiquities to interactive digital art to optical illusions, it would be easier to list what you can’t find in a museum. But not all the visual and immersive fun has to be had within a museum’s walls. With all kinds of sizes and shapes, like a lotus flower, flying saucer, and whale, there are many museums that are just as cool and beautiful on the outside as they are on the inside. 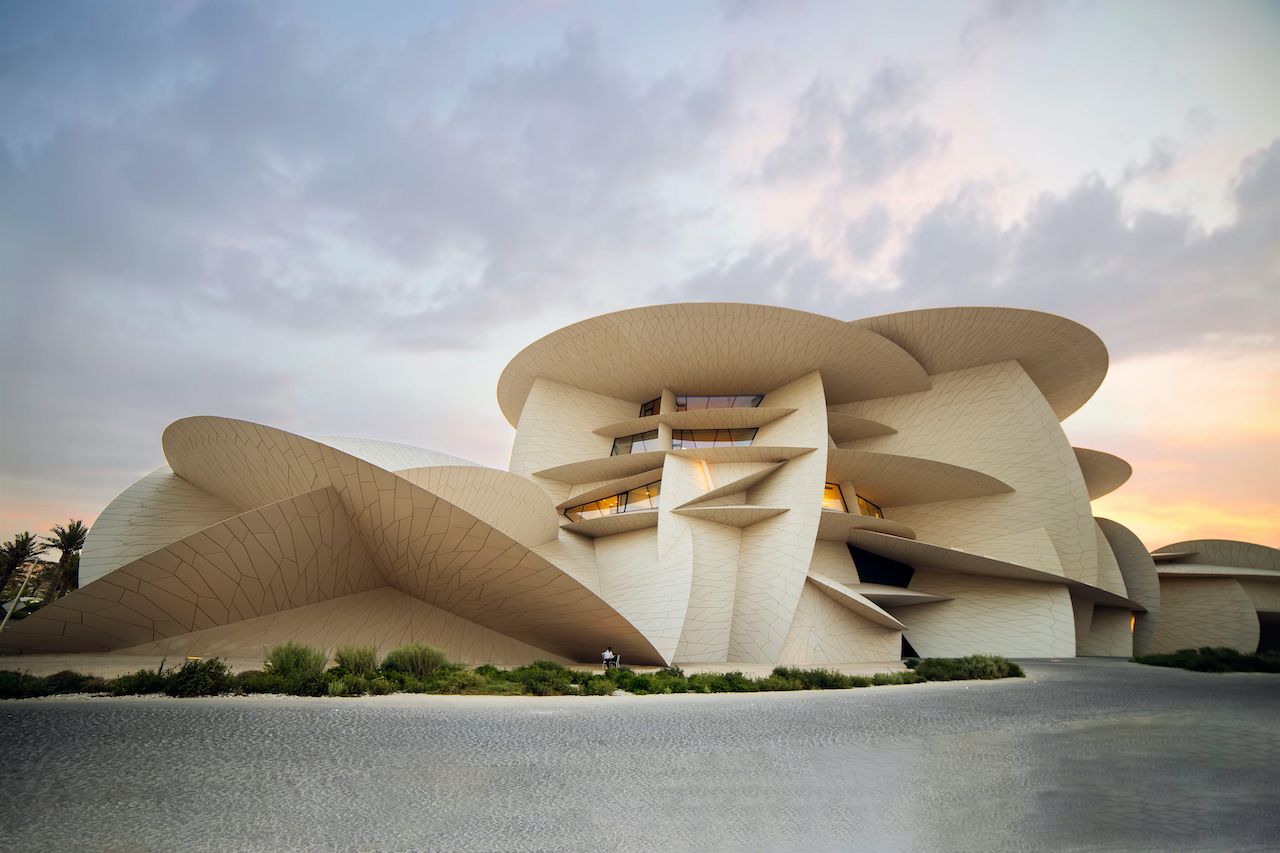 The National Museum of Qatar is an ode to Qatari history, looking to its past, present, and future. Its 570,000 square feet are divided into three sections: “Beginnings,” “Life in Qatar,” and “The Modern History of Qatar.” For its design, architect Jean Nouvel drew inspiration from the desert rose, a cluster of crystals shaped like a rose typically found in arid climates. According to Nouvel, “I wanted to create a structure that evoked the local geography and, in keeping with the tradition of the place, to ensure that it offers maximum protection from the sun.” 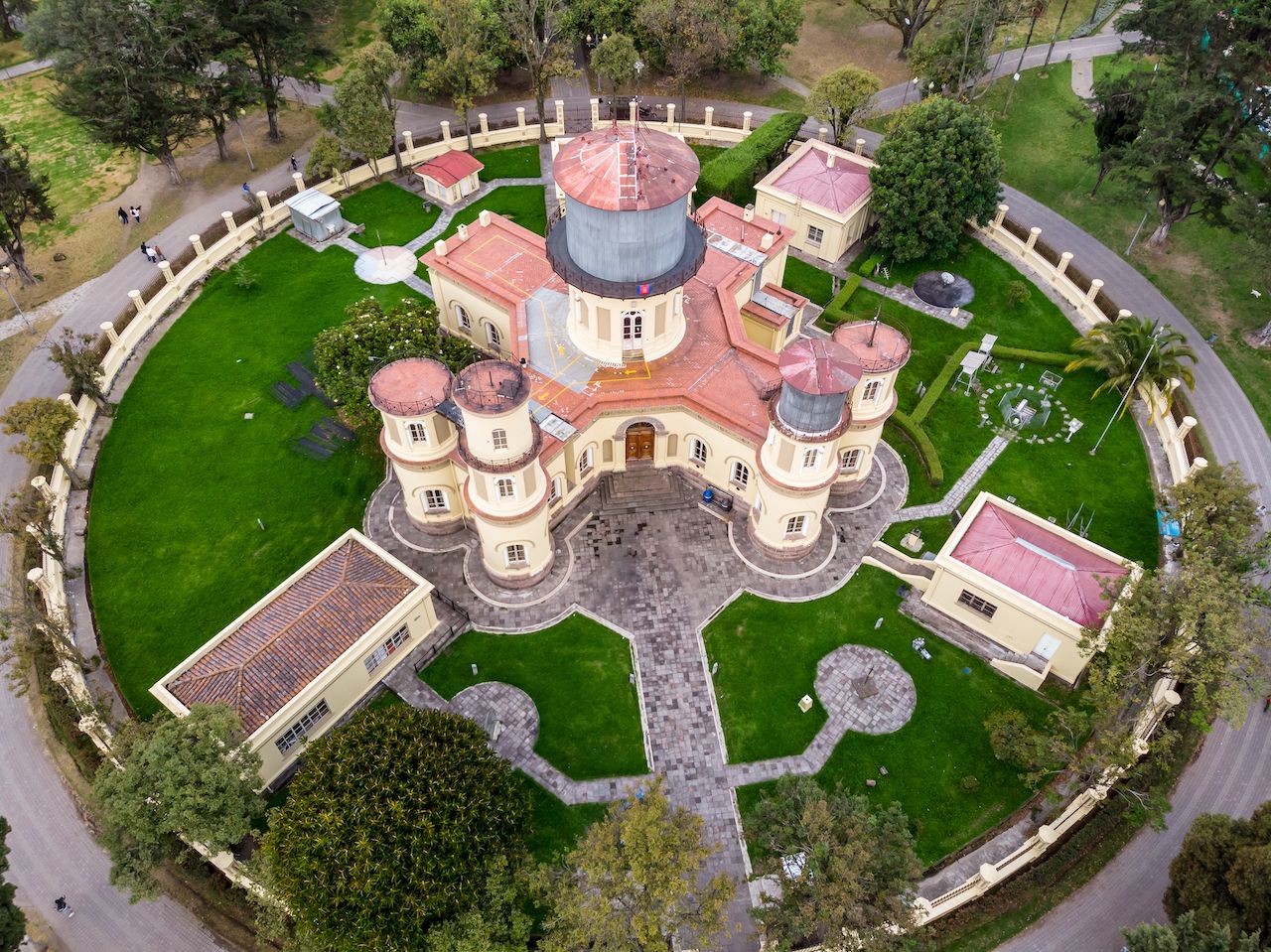 Located in Alameda Park, Quito’s oldest park, the Astronomic Observatory Museum was once a working observatory. It was founded in 1873 by then-president Dr. Gabriel Garcia Moreno, making it the oldest observatory in South America. While it now serves as a museum, it still contains many of the original astronomical instruments, as well as newer additions. The Victorian-style building was designed by Father Juan Batista Menten, a German scientist and astronomer. 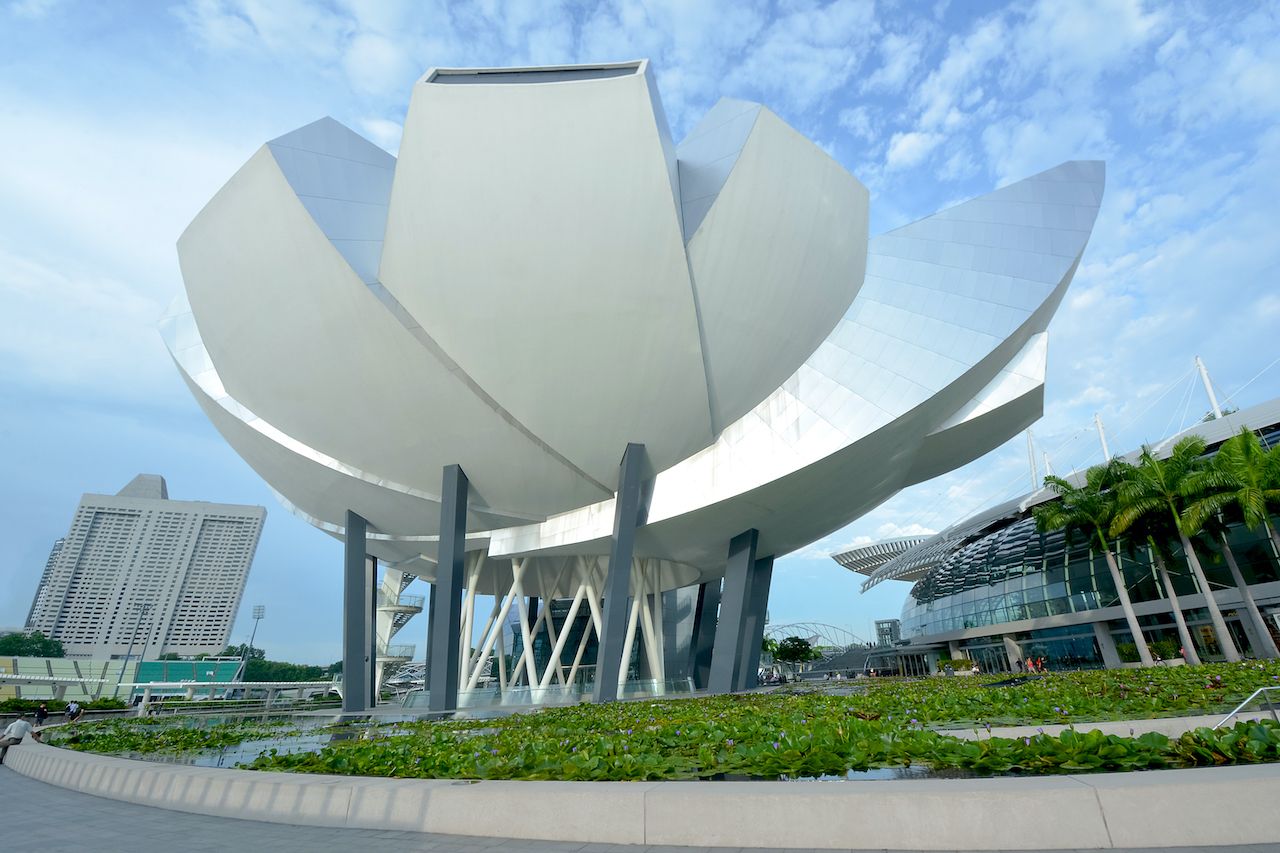 Art and science have been two subjects long thought to be separate, but not so at Singapore’s ArtScience Museum, where the two meet for a wonderfully collaborative experience. Its rotating exhibits have covered topics such as the history of animation in Disney films, what it means to be human, and wildlife conservation. Designed by Moshe Safdie, it opened in 2011 as part of the Marina Bay Sands resort. The 50,000-square-foot space is in the shape of a lotus flower, with 10 finger-like petals that each have skylights that provide natural light within. Even the base at its center serves a purpose, funneling rainwater to a pool in the atrium to then be recycled for building use. 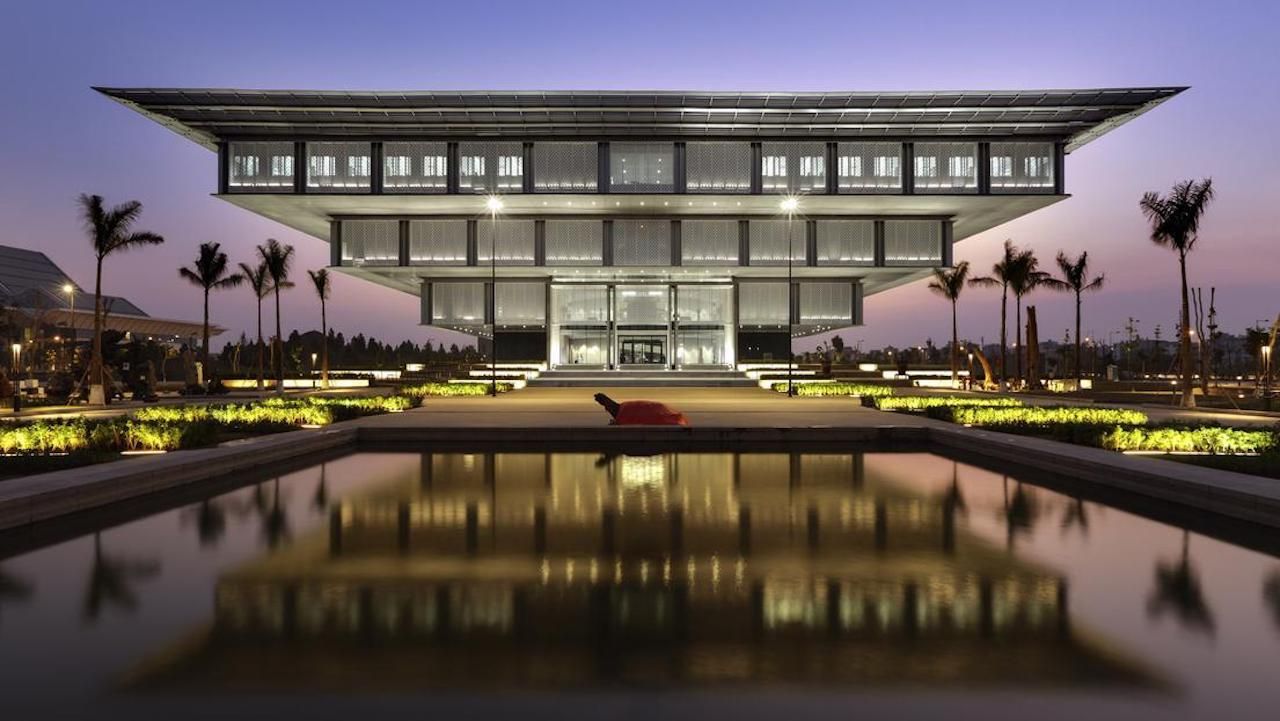 Opened in 2010 as part of Hanoi’s 1,000th anniversary, the Hanoi Museum is dedicated to its namesake’s history, with numerous artifacts on display. It was designed by architectural company GMP as a 32,000-square-foot inverted pyramid that’s both energy-efficient and architecturally innovative — each level of the building is shaded by the next, protecting the building, as well as the exhibits, from unwanted heat (and thus lowering air conditioning levels). In front is a large pool, which provides a reflection of the museum’s unique design. Additionally, the museum is part of an artificial park with lots of outdoor space and traditional Vietnamese villages. 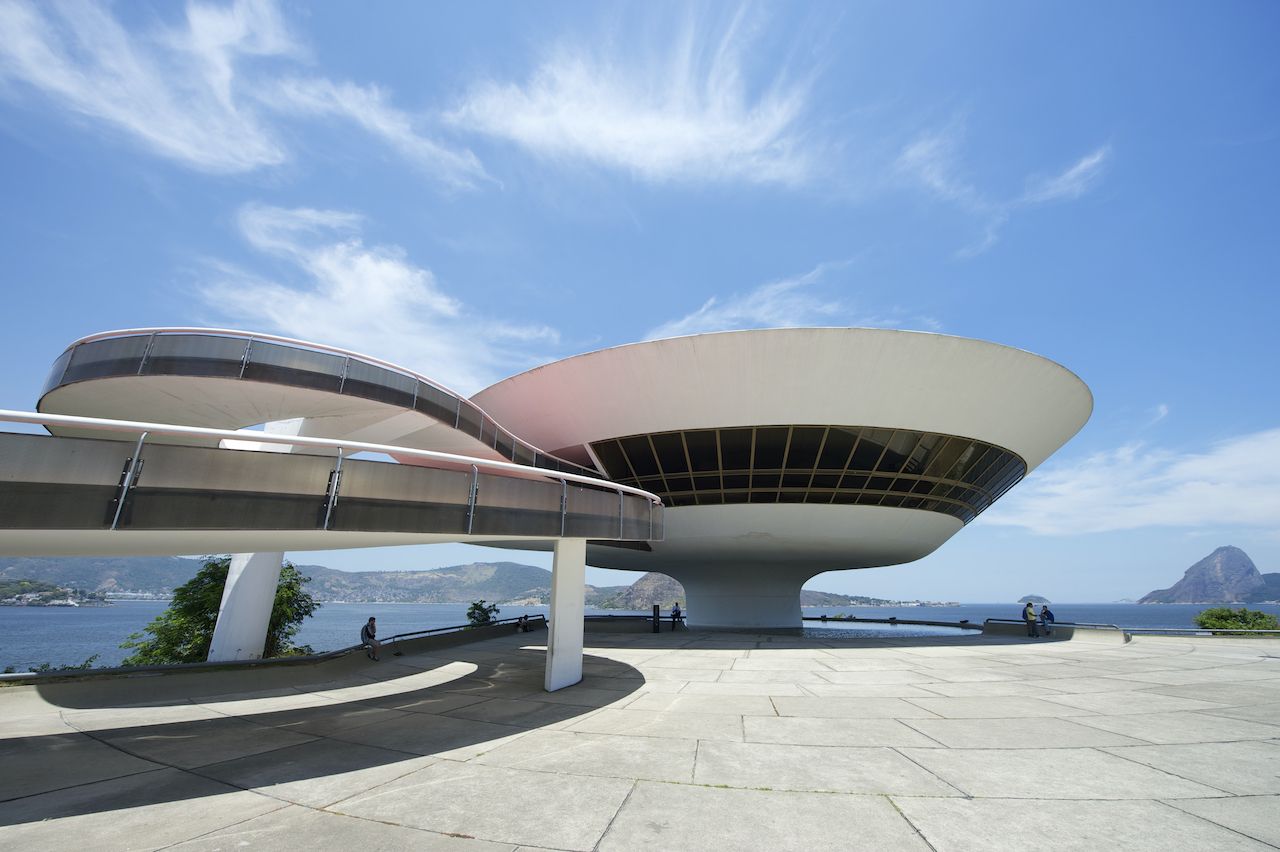 One might expect extraterrestrials to pop out of this UFO-shaped structure, but all there is to find inside is modern art donated by collector João Sattamini who, before the museum was built, wanted a place to donate his collection. The Niterói Contemporary Art Museum was designed by famed modern architect Oscar Niemeyer to be built upon the cliffs of Guanabara Bay, which offers panoramic views of the iconic natural landscape of the region.

The circular, saucer-like shape was purposefully done; Niemeyer was known to go against the norm of straight lines and right angles when it came to structure, and he believed in freedom from conformity in all aspects of life. His use of concrete for the building materials is due to his quest for “plastic freedom.” Surrounded by a water basin, Niemeyer wanted the museum’s shape to be like “a line that rises from the ground and, without interruption, [growing and unfolding].” 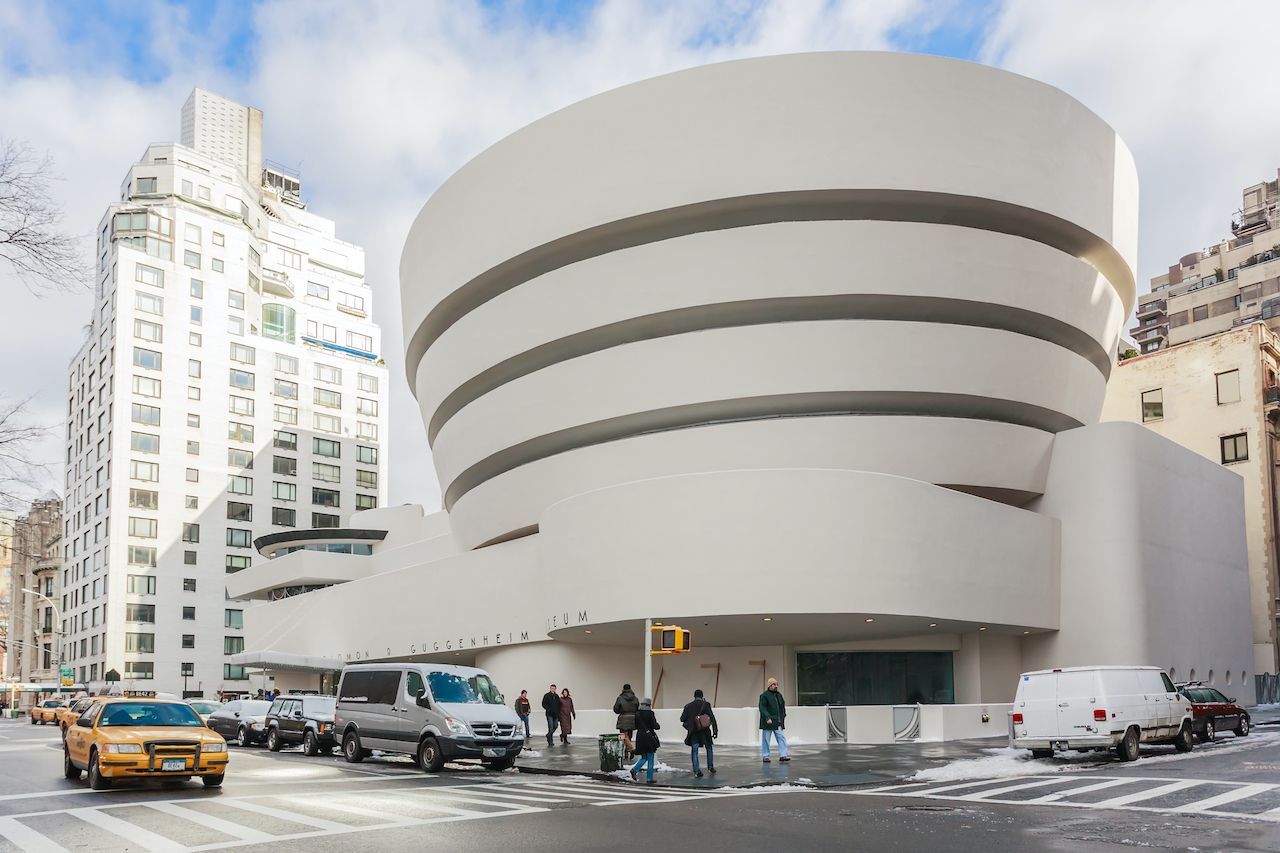 New York’s Guggenheim has several designations under its belt: It’s a UNESCO World Heritage site, New York City Landmark, US National Historic Landmark, and is on the US National Register of Historic Places. While Frank Lloyd Wright was originally commissioned in 1943 to design it, the museum did not open its doors until October 1959, several months after his death. In a city full of sharp angles and lines, the modernist round building was a refreshing addition and is now one of its most iconic sites. Approximately 50,000 square feet, inside the Guggenheim is an expansive collection of modern and contemporary art. 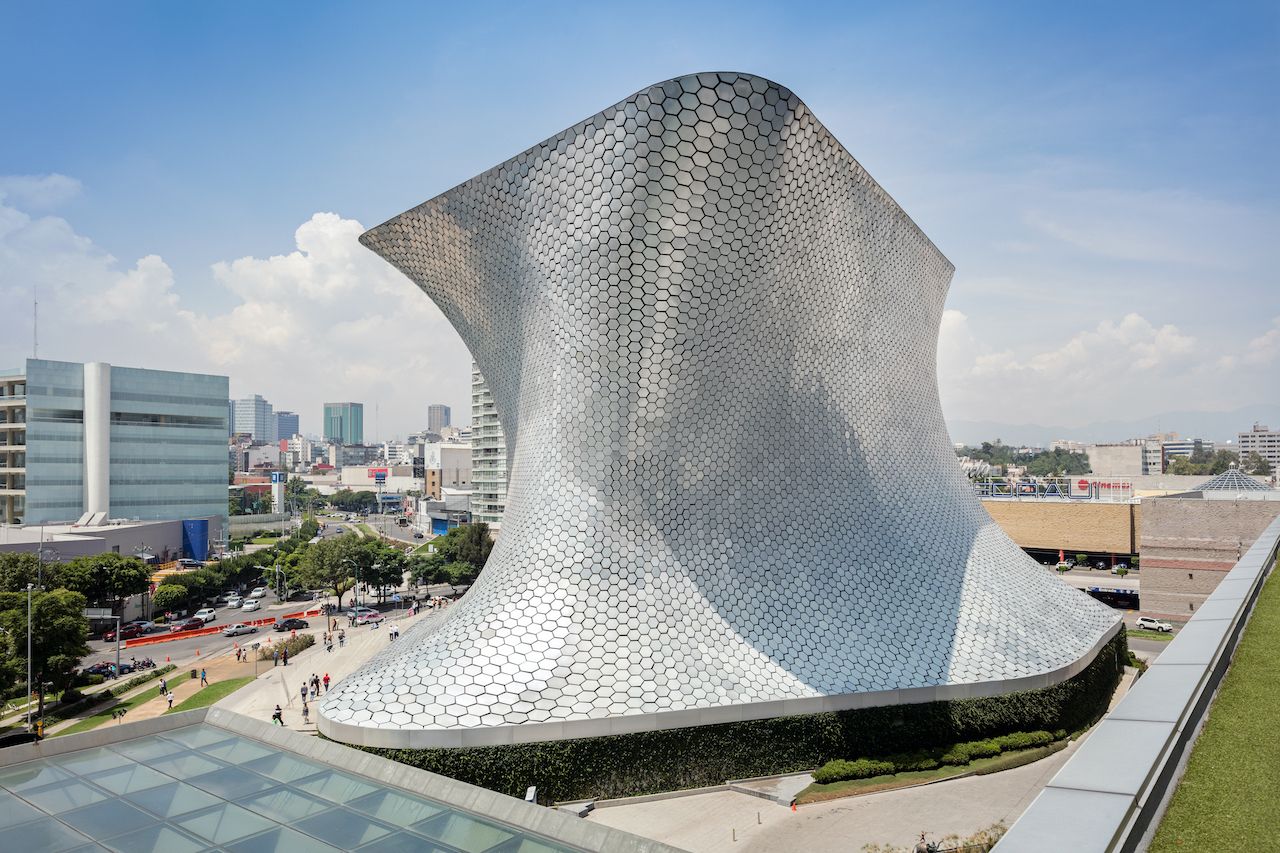 The Soumaya Museum is a unique addition to Mexico City’s skyline, with a shiny and curved appearance. It was entirely funded by Carlos Slim, one of the richest men in the world, and designed by his son-in-law Fernando Romero’s architecture studio FR-EE. Named after Slim’s wife, inside the free, 170,000-square-foot building is Slim’s art collection, as well as other works totaling well over 66,000 Latin American and European pieces. 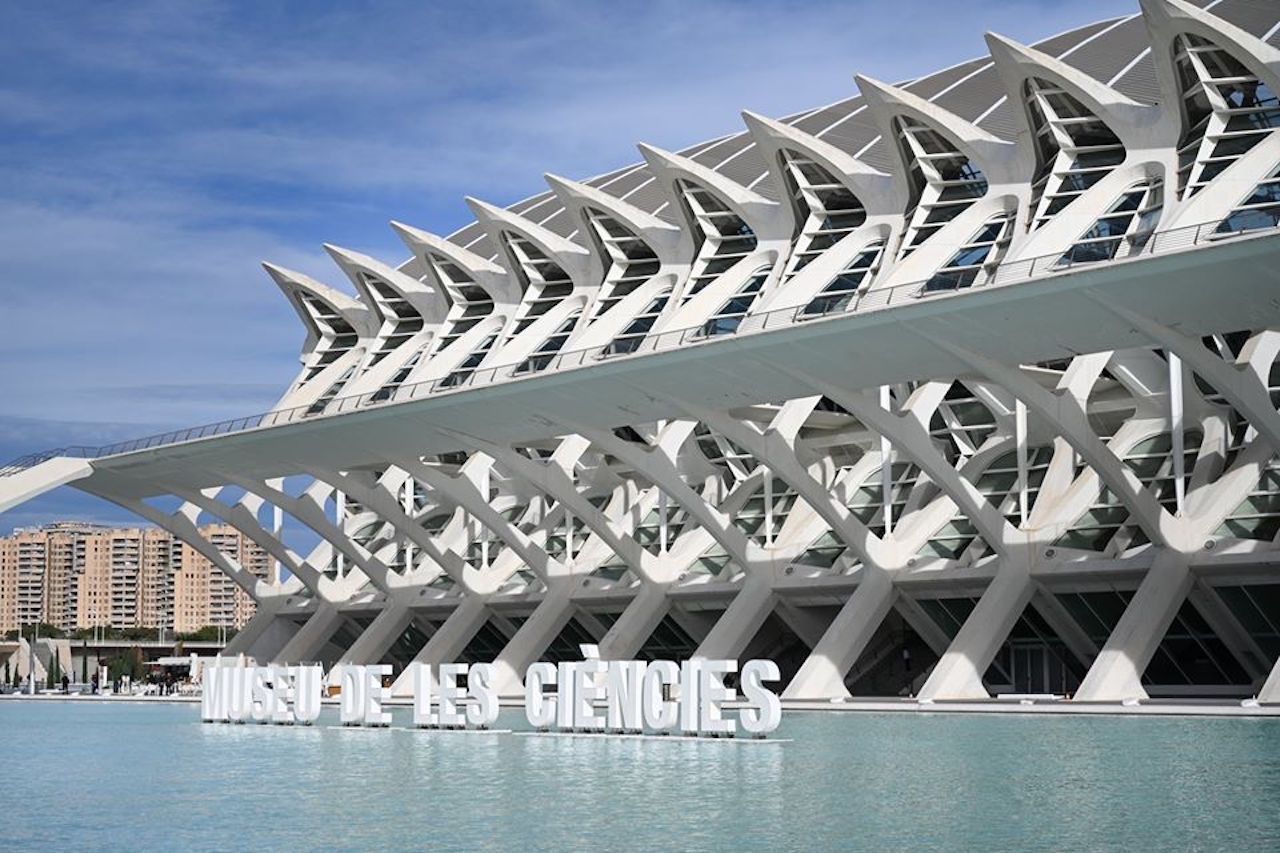 Located in Valencia is a sprawling modern-art complex, called the City of Arts and Sciences, dedicated to science, technology, nature, and art. The complex itself comprises six different structures, is surrounded by multiple pools of water, and was designed by Santiago Calatrava and Félix Candela. While all of the spaces are stunning in their own right, the more architecturally interesting is the Príncipe Felipe Science Museum, specifically planned by Calatrava. It spans over 279,000 square feet, and its overall look is reminiscent of a whale skeleton. With a motto of “Forbidden not to touch, not to feel, not to think,” the museum prides itself on being interactive and stimulating for all ages and has rotating exhibitions and activities on topics such as science, technology, and nature.

Paying homage to the nation’s history and culture, the National Museum of Australia was the work of architects Ashton Raggatt McDougall and Robert Peck von Hartel Trthowan, both of whom won the international design competition held to see who would receive the honor of designing the museum. The entirety of the museum’s space encompasses 27 acres, though the building itself is 71,000 square feet. The building is not symmetrical and instead has several differently sized spaces that fit together. It forms a semicircle around the Garden of Australian Dreams in the middle, a piece of concrete depicting part of central Australia on top of a pool of water — symbolic of the country’s actual position geographically.

Another standout feature of the museum is the giant loop sculpture at its entrance, the Uluru line, which curves upward nearly 100 feet high and then around the surrounding area until it spreads out into a walkway, ending in a ramp that is pointing toward Uluru itself. 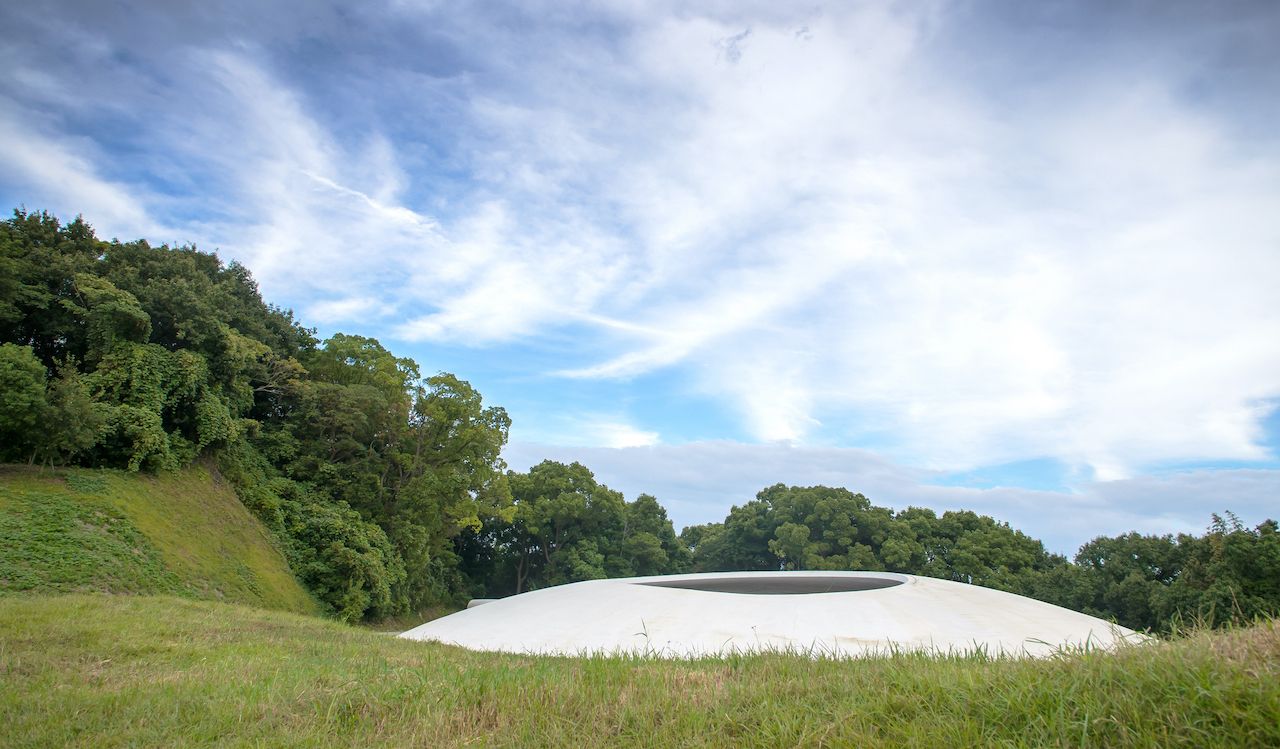 There is uniqueness, beauty, and power in the simplicity of the Teshima Art Museum. Located on one of Japan’s art islands, a group of rural islands filled with contemporary art, this museum was designed by architect Ryue Nishizawa and artist Rei Naito to resemble a water droplet at the exact moment it lands on something. As such, it’s made up of a concrete shell, independent of any pillars, with just two openings. The ceiling’s oval opening allows for the natural elements to flow in, dramatically changing the experience depending on what the weather is like on any given day.

The museum houses just a single work, titled “Matrix,” in which water regularly seeps out onto the concrete flooring. “Matrix” is meant to work in tandem with the openings, to mirror the passing seasons and time. Even just viewing it from the outside provides a powerful image that serves as a reminder that we are stewards of this planet, and our relationship with the environment should be a harmonious one.

MuseumsHow To Crush the British Museum in One Day
Tagged
Art + Architecture Museums
What did you think of this story?
Meh
Good
Awesome