When Yale University told its students to plan for possibly not returning after spring break, Laura Koech considered returning to her family in Kenya. At the time she made her decision to stay in the US, Kenya had no cases of COVID-19.

“The risk of contracting the virus in transit was too high,” said the college junior majoring in psychology. She said that in addition to the possibility of bringing the virus home to her parents and three younger siblings, she also had her grandparents to worry about.

While Koech said that she was already used to being independent, having left her native country to study in another continent three years earlier, the situation today seems distinct. “It definitely feels different. All my other Kenyan friends managed to go home,” she said.

Koech’s story is being replicated all over the world. In Luxembourg, Collicia Smith said financial reasons kept her there. The Philadelphia native studies behavioral neuroscience at the University of Albany. She opted to take all her mandatory elective classes while studying abroad, and Luxembourg was the least expensive semester-abroad option.

However, when President Trump announced the imminent border closure with Europe on March 11, Smith was left with a tough choice. “My family is super important to me… but my first concern was my education. If I could go back [home] tomorrow and make sure that I still get my credits, then I would go back in a heartbeat,” she said.

However, had Smith left 10 days ago, she would have lost all her credits, foregone the money spent on her semester-abroad program, and needed to add a year of school to her education back in the United States. She said she’s not worried about her own health and feels fortunate to have a brother stationed with the US military only an hour away in Germany — even if Luxembourg’s border with that country is now technically closed.

However, Smith is concerned for her elderly mother and father. “My parents are older, so I’m worried about them, their health. So I’m worried if anything were to happen, could I get back?” said Smith.

Border closures and canceled flights aren’t just affecting younger adults who might have been used to spending summers at their childhood home but also people who long ago moved away from their native country and are even raising families of their own abroad.

Patricia Barcinski left her native Brazil just out of college over two decades ago and now lives in Switzerland with her husband and two children. Her sister and her aging parents, however, remain in Rio de Janeiro. Barcinski recognizes that she’s been privileged to know she could afford to fly to Brazil in the event of an emergency.

And while she and her husband have agreed that Barcinski would fly home should one of her parents fall ill, the question becomes — as borders close — whether or not she would actually have that option. “You have to see if it’s even possible,” she said. “It’s surreal. It’s like we’re living in an episode of Black Mirror.”

Staying positive in a time of crisis

While none of us knows what the next month, week, or even the next day will bring, everyone with whom we spoke has found ways to cope with the uncertainty. Since many of them have already lived far from beloved family members, or from the country of their birth, they already have practices in place to take care of themselves and keep their sense of connection with loved ones strong — no matter the distance.

For her part, Koech remains remarkably positive. She said that while “20 percent” of herself is thinking she should have gone home to Kenya, she recognizes that she had already made the leap to leave home when she opted to attend college in the United States.

“Right now it’s like the world is ending, and you’re not home, and it’s okay. I’m working on looking at the positives,” said Koech. “I’m 22. It’s a test of accepting adulthood. I’m not always going to be able to go home.”

Since she already lives off campus, Koech can stay in New Haven. Two of her five housemates will be there, and they are taking in other students who had to leave their campus housing at Yale or even at other nearby colleges. Koech lives with international students, so she has a community that shares her predicament.

Koech had already made a home away from home for herself in New Haven by bringing objects from Kenya to her off-campus housing and searching out foods that are similar to, if not exactly the same as, the foods she knows from her home country. This might be harder to accomplish when nothing but grocery stores and pharmacies are open — but Amazon is still delivering and is a good source for hard-to-find ingredients. 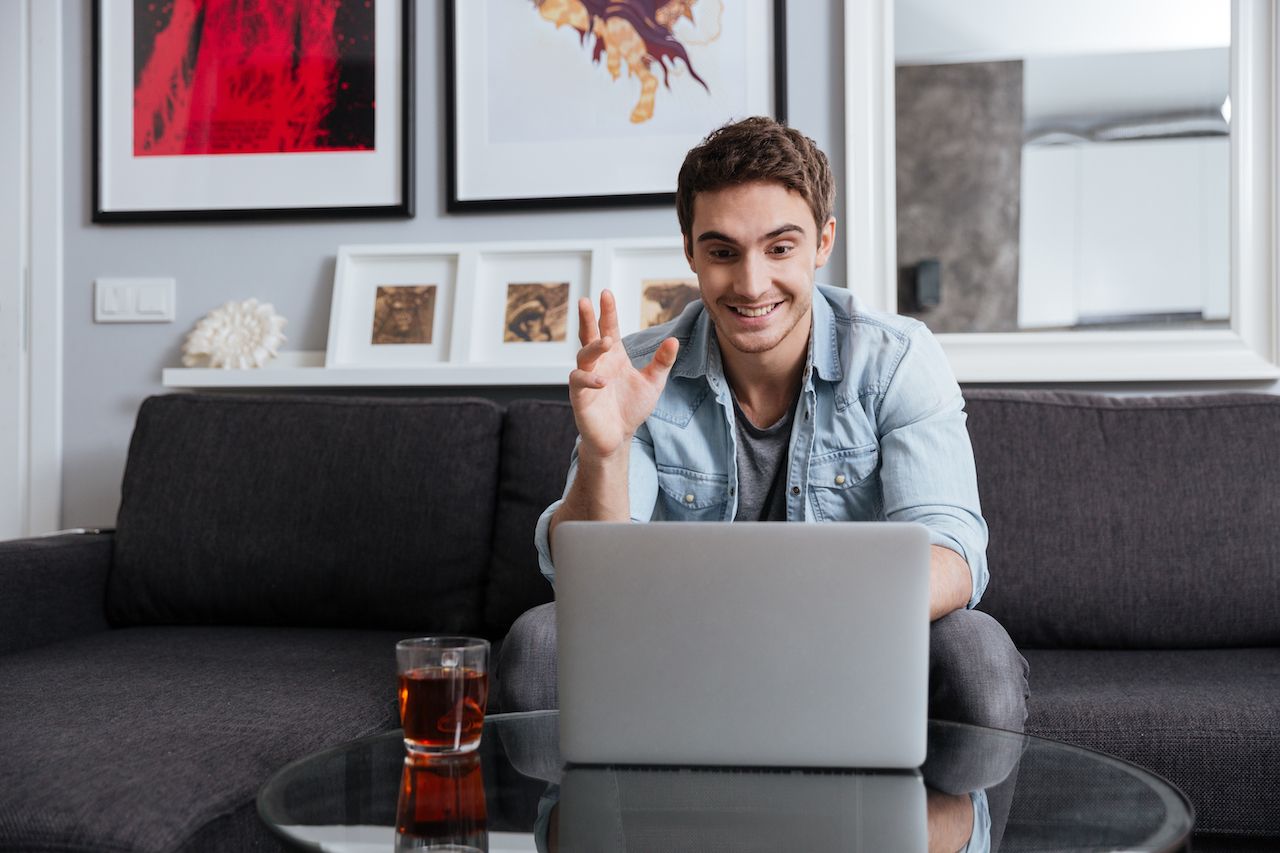 Like the majority of people on the planet right now, Koech is speaking to her family more often and sending texts several times a day. And while that is critical, it may also be helpful to put some structure into your communication with family that is far away. That, at least, is the experience of Jordan Ricker. Ricker left the United States to earn his bachelor’s degree in Europe and is now working on a master’s degree in history in Luxembourg.

Ricker’s parents and siblings live along the US’s East Coast, and he’s been away from the US for most of the last seven years. Prior to the coronavirus crisis, he’s seen many people experiencing leaving home for the first time who have struggled further by over-communicating with their families back home. “Something I’ve seen over and over is that a lot of people get homesick. In a crisis, it’s exacerbated. But the more they talk with their families, the more their happiness decreases,” said Ricker.

Now, of course, we want to be more connected with our loved ones, but Ricker has found it useful to “check in for half an hour every day and send a few texts, but not obsess over it. The more your mind is over there, the less you can be present over here, even if it is in your room,” he added, referring to the fact that national lockdown orders in many countries are keeping students confined to their off-campus housing.

Moreover, when Ricker does talk to family, he makes a point to spend at least 10 minutes speaking about something other than coronavirus. Ricker said his mother in New York is pretty certain she contracted the virus, experiencing five key symptoms, but she was unable to get tested. She is on the mend now, but when Ricker speaks to his mom, he said he asks himself, “How do I get her and my mind off this topic that is omnipresent? Because that’s also not helping.”

Ricker also has found it personally useful to focus his attention on something other than the pandemic. “It’s easy to get caught up,” checking the news about the virus, he said. “You’re just refreshing, refreshing, refreshing. Now I realize how bad it makes me feel.” Ricker said he schedules a time to check COVID-19 news, either once or twice a day, and never first thing in the morning.

Patricia Barcinski agrees. She said she’ll check virus news once in the morning and then leave it for the rest of the day. “It feels so good. It feels like a cleanse,” said Barcinski of the decision to lay off the news. She also tries to read about something other than the pandemic for 30 minutes a day and to watch movies.

Barcinski also practices self-care during these stressful times. She is getting outside as much as possible since it’s unclear whether or not Switzerland will soon enforce a complete, stay-in-your-home lockdown. She also makes sure to work out at home. While Barcinski already spoke with her family every few days, she is now putting her kids on Whatsapp video so that her parents can feel a closer connection with their grandchildren. 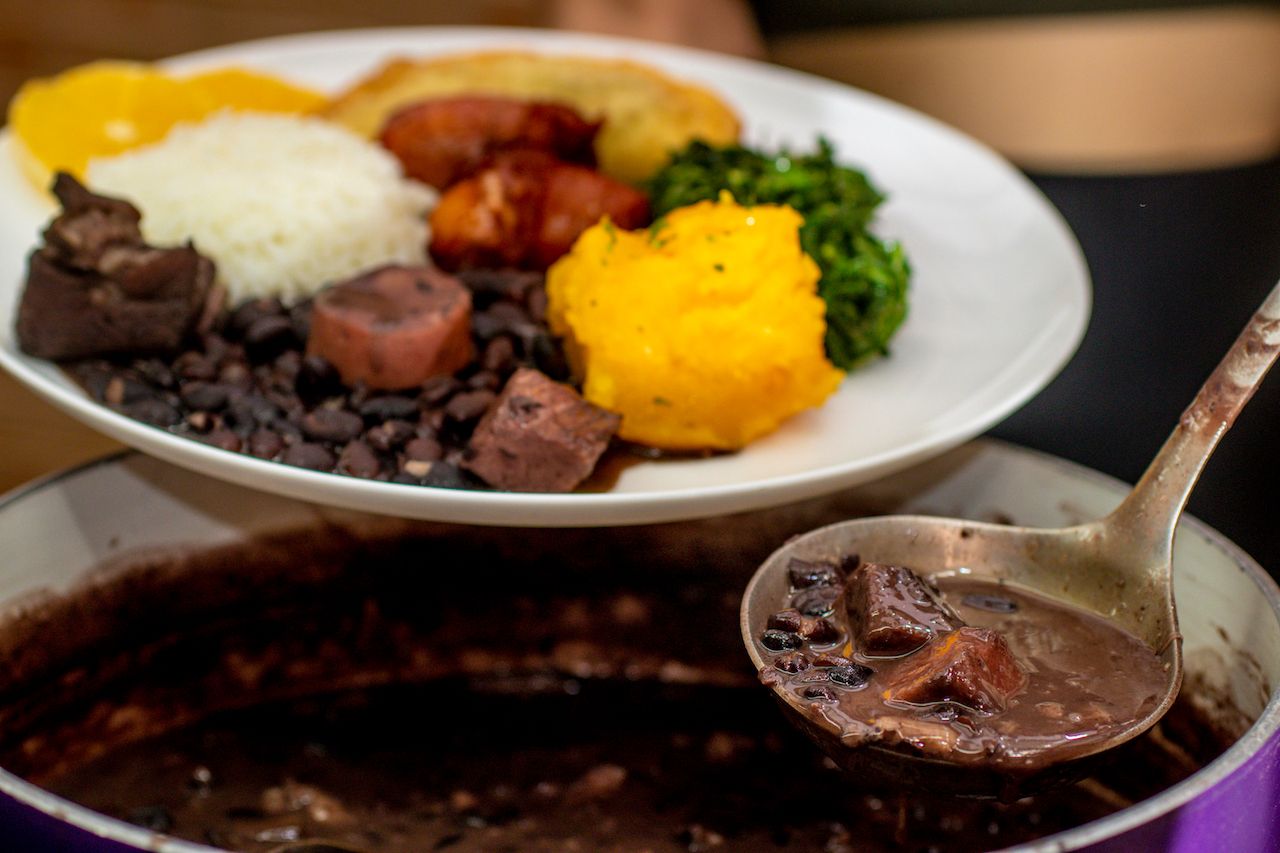 Those of us who have long lived oceans away from family members have developed means to feel connected to our home countries or distant loved ones. My mother is in the US, my father is in Brazil, my husband is from Finland, and together with our son we live in Switzerland. We are grateful that his two older sisters — one attends college in the US and the other was in Finland on a gap year — were able to rush back to Switzerland last week.

But there are many scattered families who were not so fortunate. And, likewise, we still worry for grandparents who are far away. One way we’ve found to maintain a link to faraway loved ones is through food. Our family’s comfort food is pinaattiletut, a Finnish savory crepe made with spinach and served fresh off the pan with butter. Whenever I make it, we’re reminded of our children’s Finnish grandmother.

In Brazil, Sundays are reserved for a big family lunch: feijoada, made of stewed meats, black rice, beans, a fluffy tapioca side dish, and bitter greens. We take comfort knowing that when we make feijoada on Sundays, our extended family back in Brazil is doing the same. If you have loved ones elsewhere, choose a cherished family meal that you can all prepare in your own locations on the same day. Even if time zones mean you don’t eat at the same time, enjoying a favored food is still a bonding experience.

Food and Facetime aren’t the only ways to connect. If you have older relatives who are feeling particularly isolated now, send them old photographs and videos of moments you enjoyed together. Likewise, don’t forget the beauty of old-fashioned letters. After my brother and I left Brazil for California, my father sent us a typed postcard every single day. During today’s pandemic, mail delivery (for now) remains in place. There’s something to be said for sitting down to savor a handwritten note, or even a hand-drawn image, from someone you love.

LifestyleVirtual Ways To Connect Socially That Don’t Involve Drinking
Tagged
Family Travel Wellness
What did you think of this story?
Meh
Good
Awesome