Everyone’s experienced the irritating bite of a mosquito, but a lot worse can happen than just having an itchy red bump. Encounters with insects can leave you with debilitating diseases or agonizing bites, and you certainly don’t want creepy crawlies to turn your dream vacation into a nightmare. Insects are the deadliest animals to humans when you factor in terrible diseases, and dangerous insects can be found almost everywhere. Generally speaking, it’s good to load up on bug spray and do some research on what to look out for before you hit the road. Start by watching out for these 11 bugs that pack an agonizing sting or carry nasty diseases.

Bugs with horrifying stings or bites 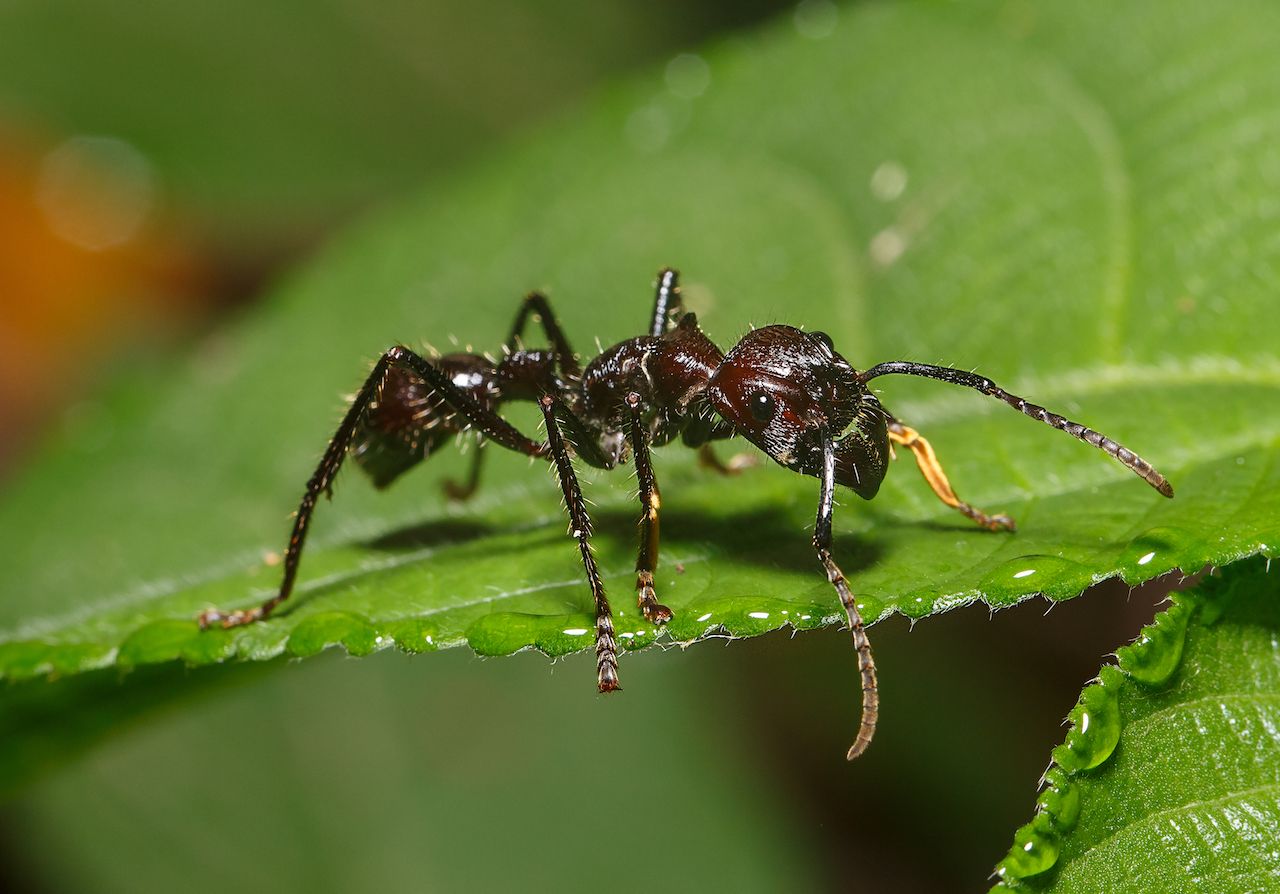 True to its name, the bullet ant is widely regarded as having the most painful bite of any insect. They’re found in the tropical rainforests of Central and South America, and their stings have been used in coming-of-age rites and manhood tests by the Sateré-Mawé people of the Amazon. Dr. Justin Smidt, an entomologist that’s made a career out of being bitten by horrible bugs, described the pain for Esquire as “absolutely riveting. There were huge waves and crescendos of burning pain — a tsunami of pain coming out of my finger. The tsunami would crash as they do on the beach, then recede a little bit, then crash again. It wasn’t just two or three of these waves. It continued for around 12 hours.” 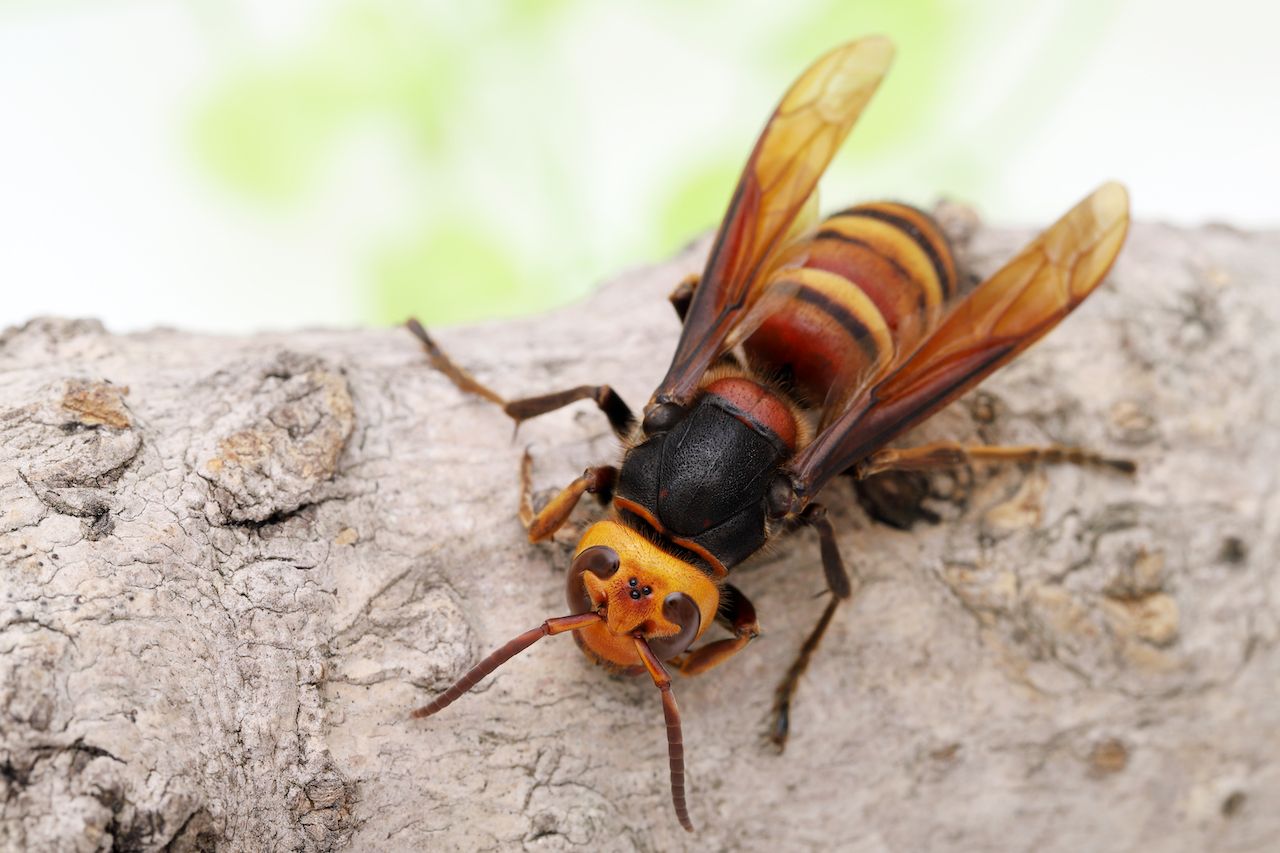 One of the largest hornets in the world has a venomous sting that can be deadly if stung enough times or if the victim has an allergic reaction. These hornets are around an inch and a half to two inches in length, and their sting is incredibly painful. Asian hornets are territorial, swarm, and can sting multiple times, so disrupting a nest could lead to a fatal attack. The Asian giant hornet’s range stretches from India to Japan, although they’ve established themselves in parts of Europe and, more recently, have been spotted in British Columbia, Canada, and the state of Washington in the US. Although they are generally uninterested in people, if you are attacked by a Asian giant hornet, stay still, close your mouth, cover your face, and don’t panic. 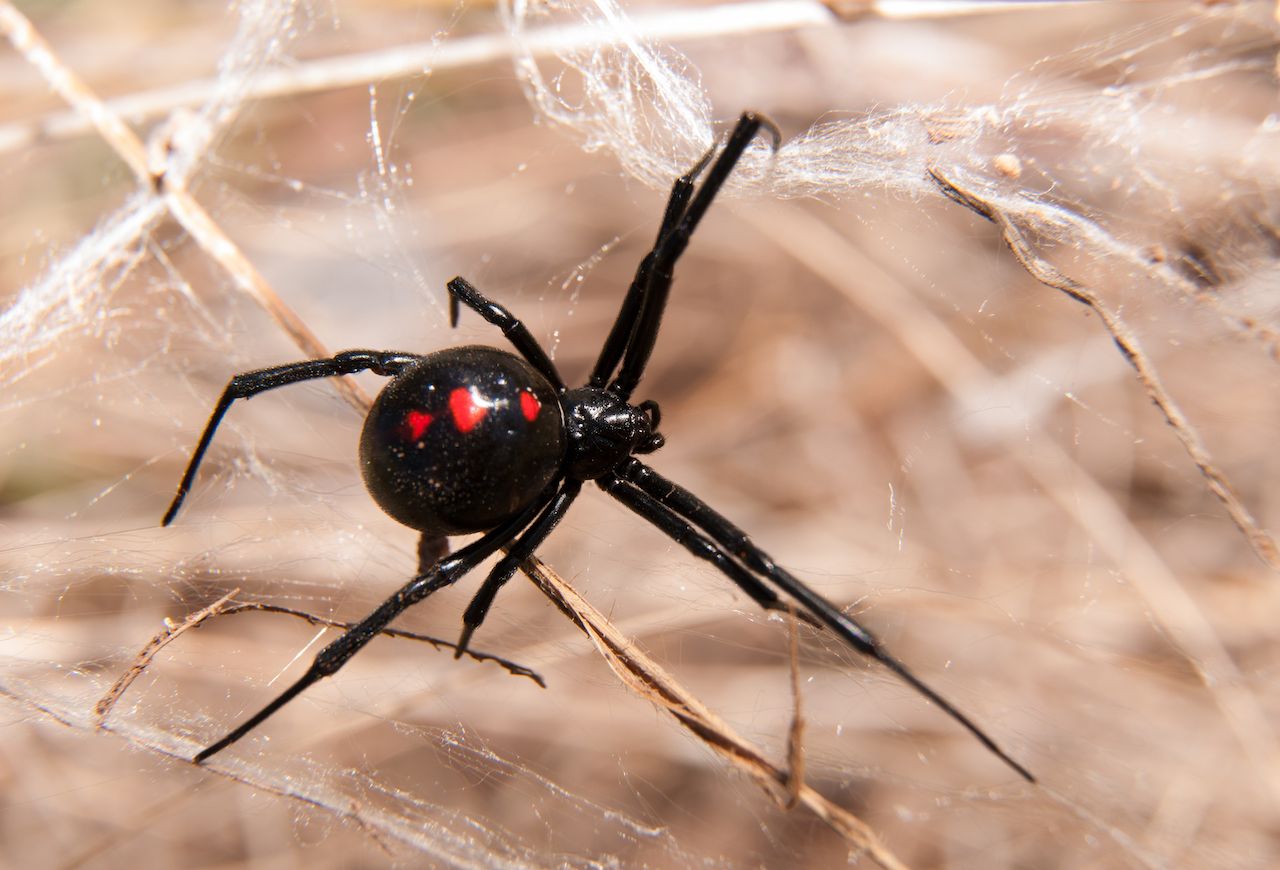 The black widow spider lives up to its infamy — its poison is 15 times more toxic than a rattlesnake’s (although you’ll get a much smaller dose), and its bite can cause muscle spasms, nausea, chills, vomiting, and fever among other serious symptoms. Black widows are found in temperate regions around the world; over 1,000 cases of black widow bites are reported in the United States each year.

Female black widows — the ones to look out for since they deliver more venom — have a shiny black body and typically a red hourglass shape on the belly. Those bitten should remain calm, ice the bitten area, and seek medical attention immediately. Death resulting from a black widow bite is extremely rare in the United States. 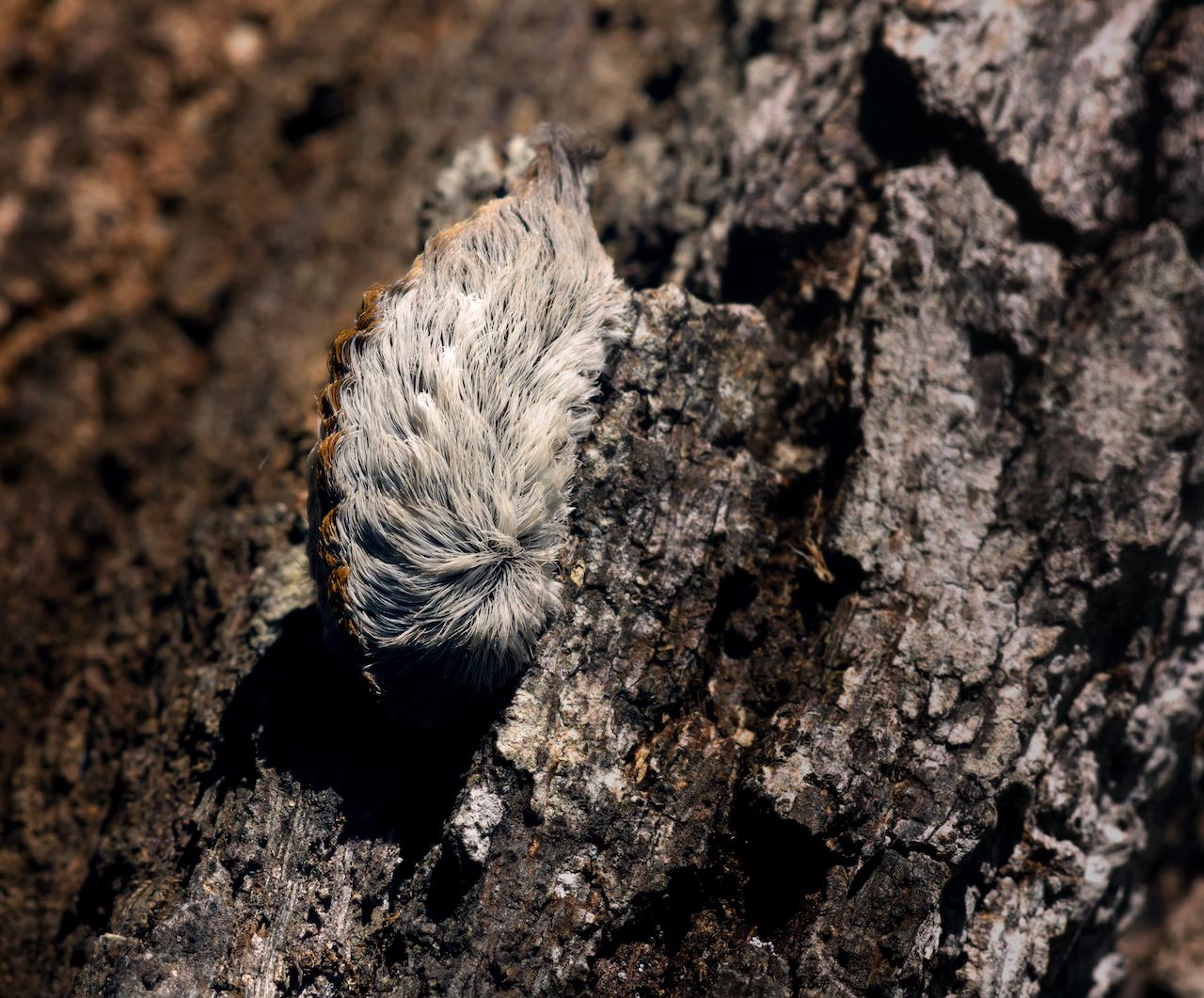 Don’t be deceived by the puss caterpillar or woolly slug’s cute, fuzzy coat. The insect is the most toxic caterpillar in the United States, and its small spines, hidden among its hair, can cause a terrible, burning sting and rashes that can last hours. The insects are indigenous to the southern United States and, luckily, very rare. If you do come into contact with one of them, try to remove the spines with cellophane tape and consult a medical professional. Wash your clothes to get rid of any other spines lying around. 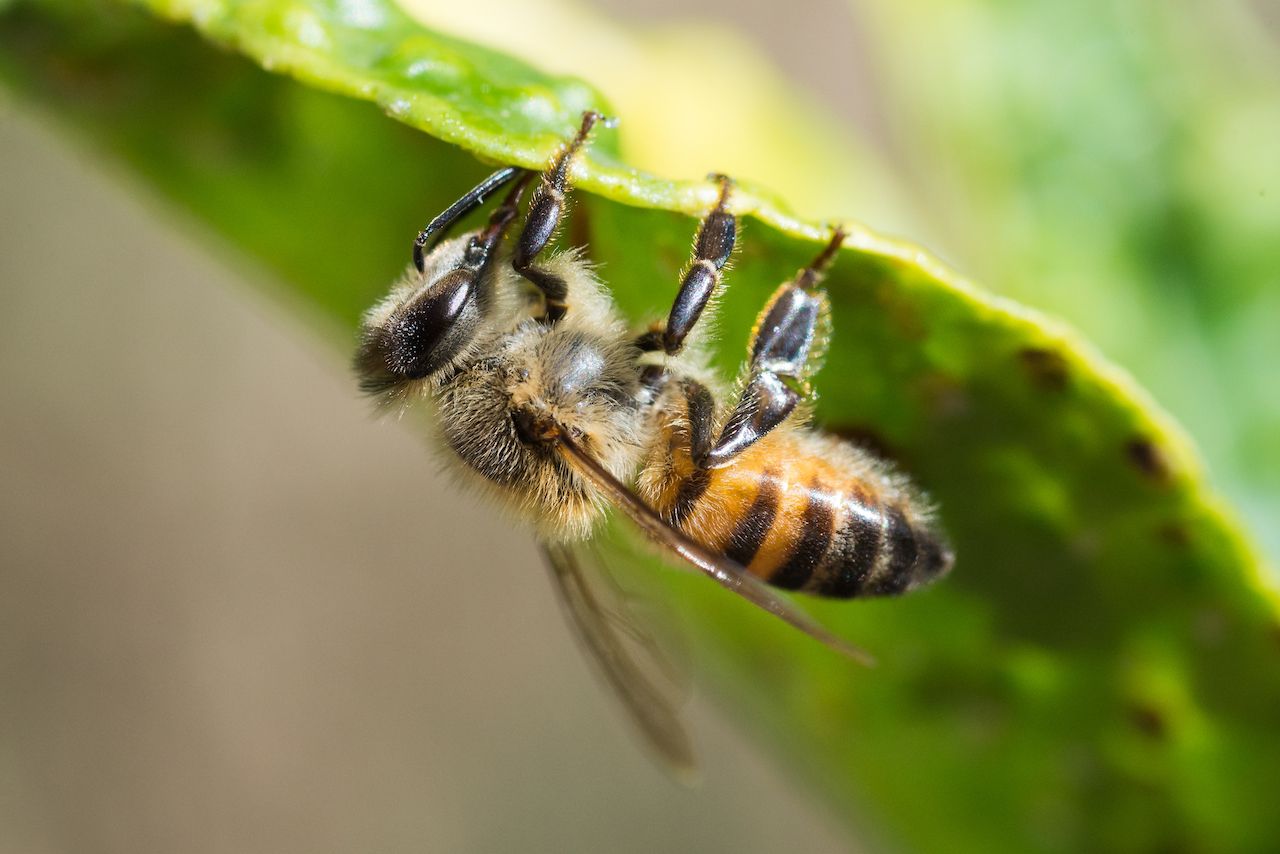 Also known as “killer bees,” the story of the Africanized honey bee is that of a science experiment gone horribly wrong. Honeybees from Africa were brought to Brazil for genetic studies in the late ‘50s, but a swarm of them escaped and bred with European honeybees in the wild. They formed a hybrid species and have since established themselves in Central and North America. In the US, they are found in Texas, California, New Mexico, Arizona, Oklahoma, Louisiana, Arkansas, Alabama, and Florida.

The Africanized honey bees are a little smaller and just as venomous as other honeybees, but the difference lies in their behavior. Africanized honey bees are much more defensive and aggressive, and the whole nest is much more likely to swarm than European honeybees. If you happen to have accidentally disturbed or destroyed a nest, the USDA (United States Department of Agriculture) recommends covering your face and mouth with your shirt and running for shelter as fast as possible. 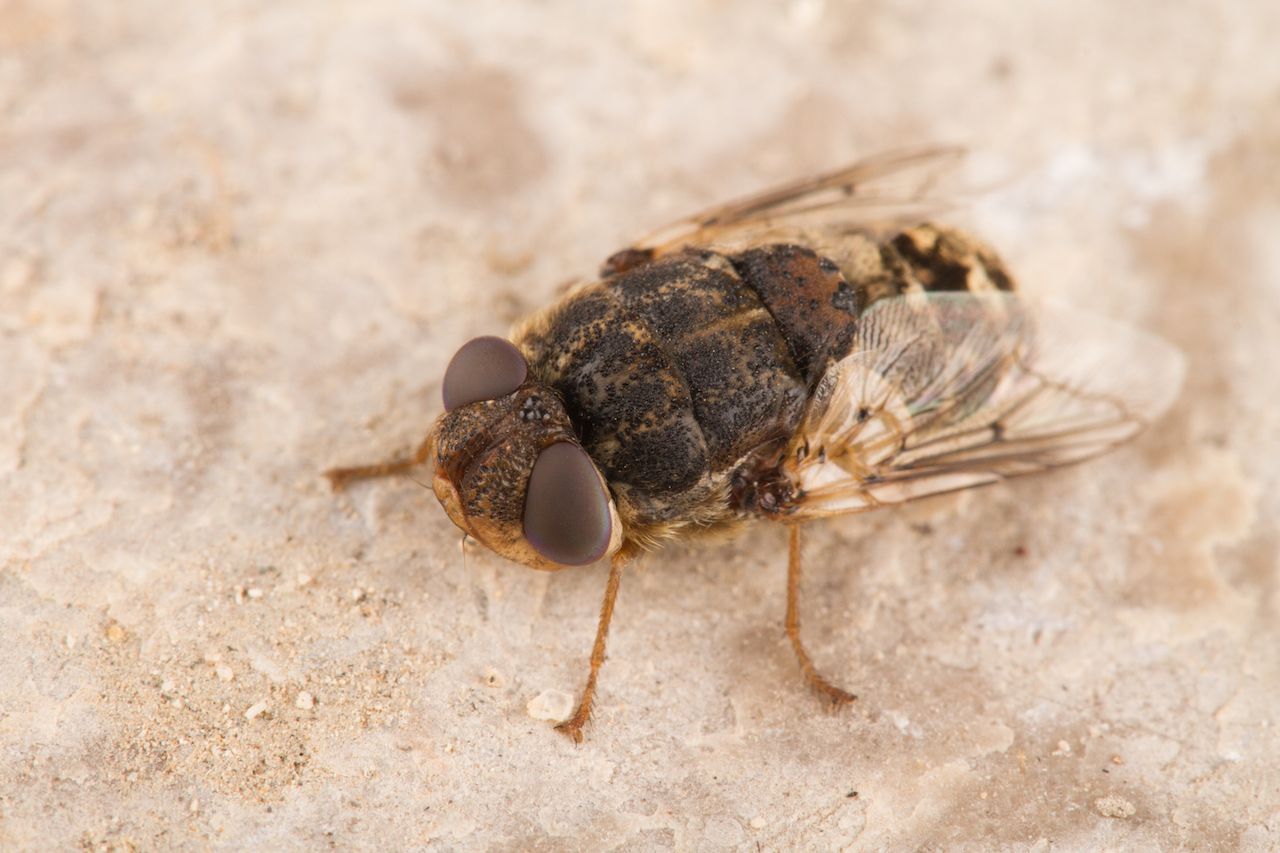 Bot flies will literally make your skin crawl. The fly’s larvae are transferred through mosquito bites and burrow under the skin of the infected person for between six and 10 weeks. It’s stomach-churning disgusting, but botflies can be easily removed with simple surgery. They’re native to tropical and subtropical areas of South American and Africa and can be avoided by wearing long sleeves and insect repellent. 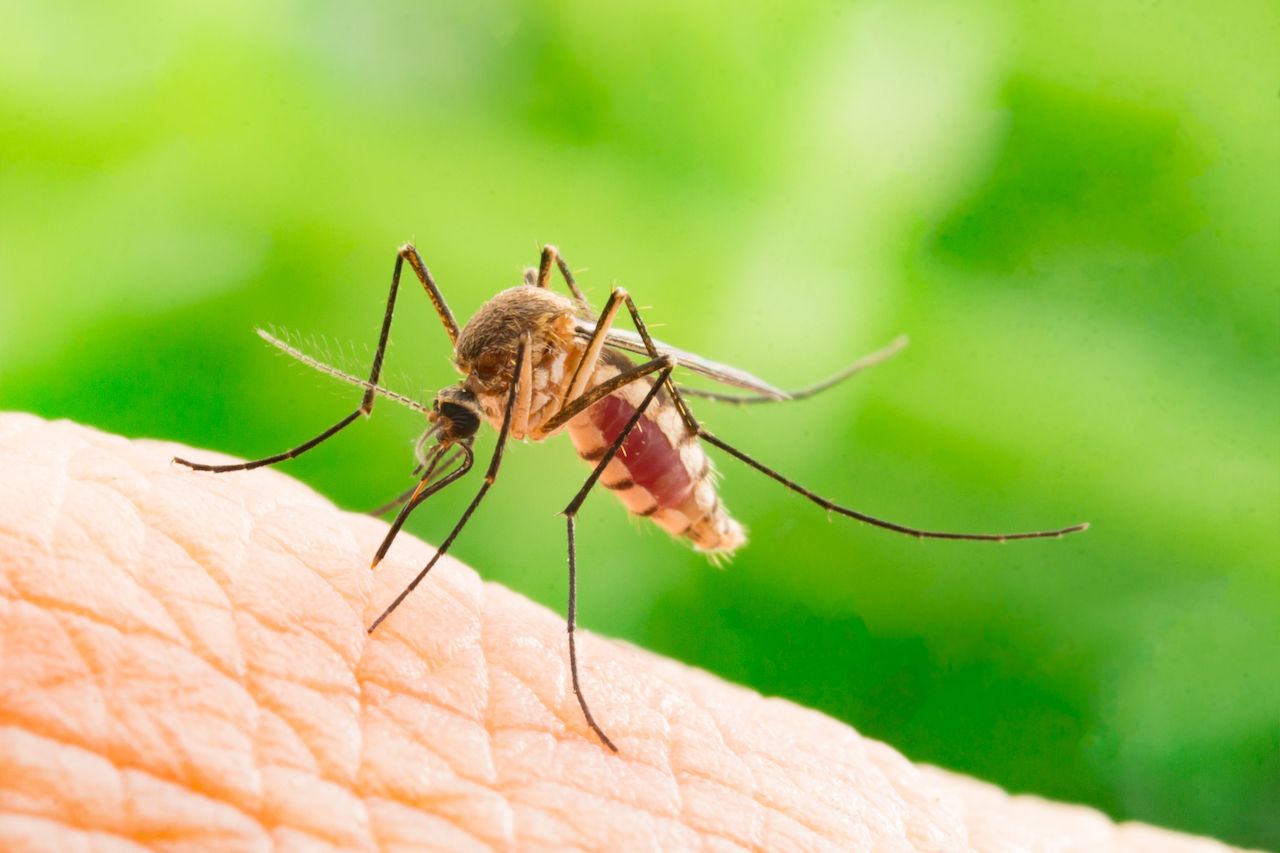 Although they appear more annoying than life-threatening, mosquitoes are one of the deadliest animals in the world. While there are dozens of different species of mosquito, the guiltiest disease-carrying culprits are anopheles, which spreads malaria; aedes, which spreads dengue fever, yellow fever, Zika virus, and chikungunya; and culex, which spreads West Nile virus and Japanese encephalitis. Avoid mosquito bites by wearing long sleeves or insecticide-treated clothing, using an insect repellent, and sleeping under a mosquito net. 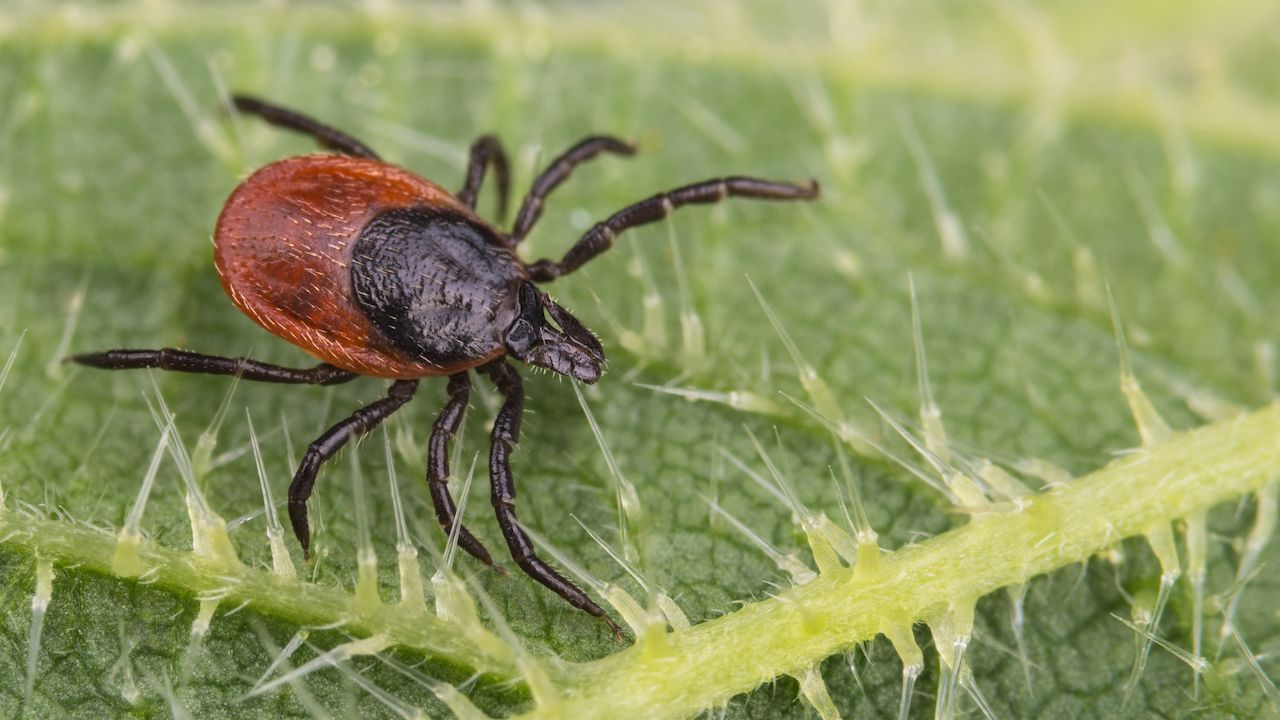 Ticks are a broad group of tiny arachnids found all over the world, but only a handful of species carry diseases. The best-known tick-borne illness is Lyme disease; it is spread by Ixodes, or black-legged ticks, and affects about 300,000 people each year in the US. Lyme disease can also be contracted throughout Europe (especially Eastern and Central Europe) and Northern Asia. Other serious tick-borne illnesses include spotted fevers, hemorrhagic fevers, and tick-borne encephalitis, among others.

Avoid ticks by wearing a strong insect repellent and long sleeves, and tuck your pant legs into your socks when walking in tall grass. Ticks can latch onto you for several days, so after having spent time outside, inspect your midriff, groin, armpits, back of ears, and knees for any unwanted passengers. 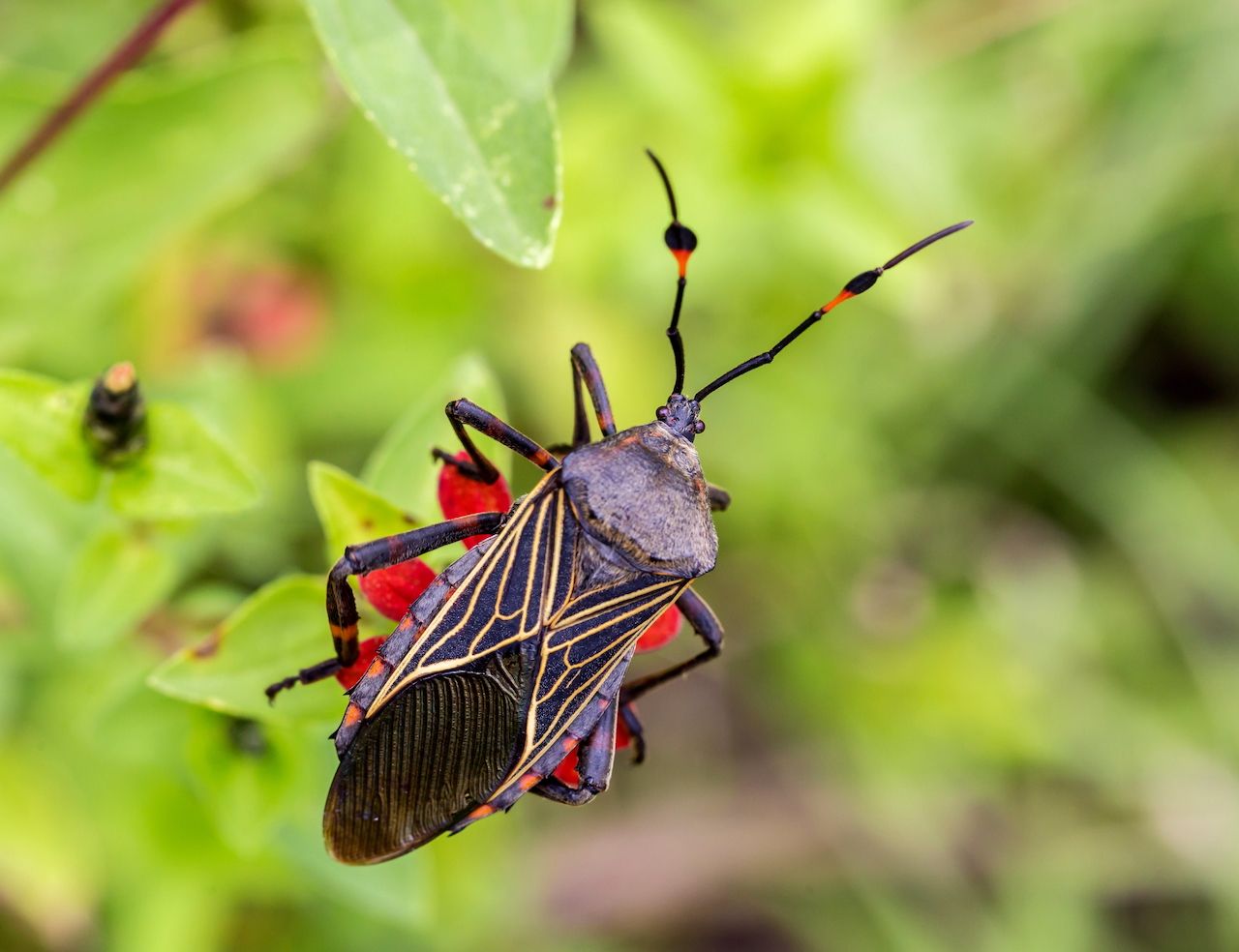 Kissing bugs, or triatomine bugs, carry a parasite that causes Chagas disease, also known as American trypanosomiasis. The bugs typically bite at night, and the parasite is spread through the insect’s feces and rubbed on the bite wound or deposited in mucous membranes like the eyes, nose, or mouth.

Chagas disease has acute and chronic phases. The acute phase begins immediately after infection and includes no symptoms or mild ones such as fever, fatigue, rashes, upset stomach, and body aches. Following the acute phase is the chronic phase in which many people will remain without symptoms, although 20 to 30 percent may develop cardiovascular or gastrointestinal complications. An estimated eight million people have Chagas disease in Mexico, Central America, and South America, although the disease is not limited to Latin America and can be found in the US.

Chagas disease can be symptom-free or fatal, but there’s no point tempting fate. Bites from kissing bugs can be prevented by avoiding sleeping in clay, adobe, or thatched homes with dirt floors and sleeping with an insect net. Applying insect repellent or wearing insecticide-treated clothing is also a good preventive measure. The disease is treatable with antiparasitic medication and more effective when treated early on. 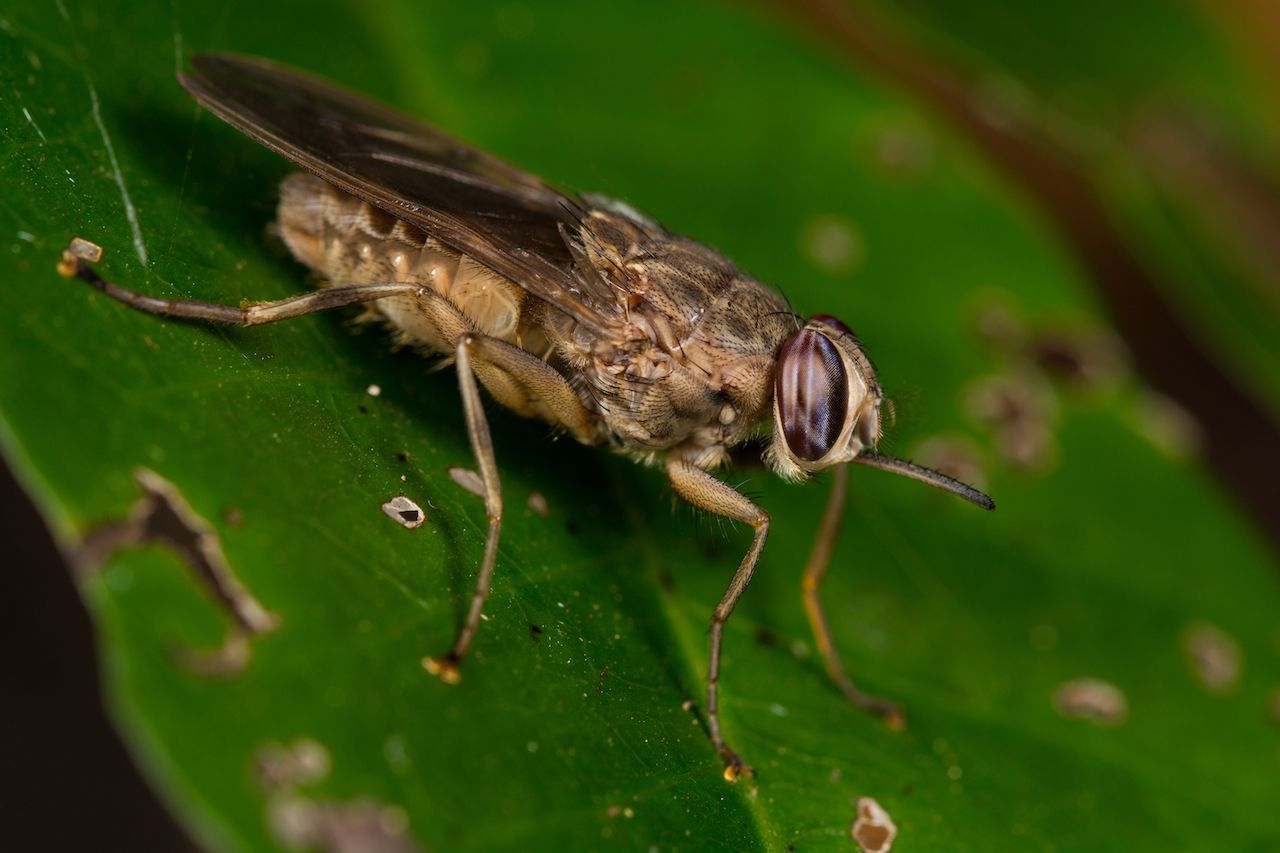 Tsetse flies carry the African form of trypanosomiasis, also called sleeping sickness, which is transmitted by the insect’s bite. There are two forms of the disease in sub-Saharan Africa with different symptoms and progression rates, but both can lead to coma and/or death if left untreated. The World Health Organization estimates that 10,000 people are infected each year, although the actual number could be much higher. Avoid tsetse flies by wearing neutral-color, medium-weight long sleeve clothing, as the insects are attracted to bright colors and can bite through thin clothing. Use insect repellent or wear insecticide-treated clothing.

According to the World Health Organization, “An estimated 700,000 to one million new cases and some 26,000 to 65,000 deaths occur annually,” and the disease is most often associated with malnutrition, a weakened immune system, a lack of financial resources, and poor housing.

Avoid sand fly bites by wearing long-sleeved clothing, tucking your shirt into your pants, and using an insect repellent containing DEET. Cutaneous leishmaniasis will develop in the form of a large sore a few weeks after being bitten while visceral leishmaniasis can take months to manifest and cause fever, weight loss, enlargement of the spleen or liver, or low blood counts. If you suspect you have either form of leishmaniasis, seek a medical professional for treatment.

WellnessThese Are the Travel Vaccines You Actually Need, According To an Expedition Doctor
Tagged
Travel Safety Wildlife
What did you think of this story?
Meh
Good
Awesome