The Italy pavilion at the Dubai Expo went all out to showcase the country’s excellence. Or almost all out. The 3D-printed replica of Michelangelo’s David currently on display in the pavilion was meant to exhibit Italy’s manufacturing skills, but the nudity of the figure was deemed inappropriate by Expo organizers and a last-minute plan to cover up the statue’s buttocks and penis had to be hatched.

The statue on display at Dubai Expo 2020 is a resin copy of the marble sculpture completed by Michelangelo in 1504. The artwork represents the biblical character of David, naked and holding a slingshot over his shoulder before his legendary battle against Goliath. The original sculpture is on display in Florence’s Galleria Dell’Acacademia. 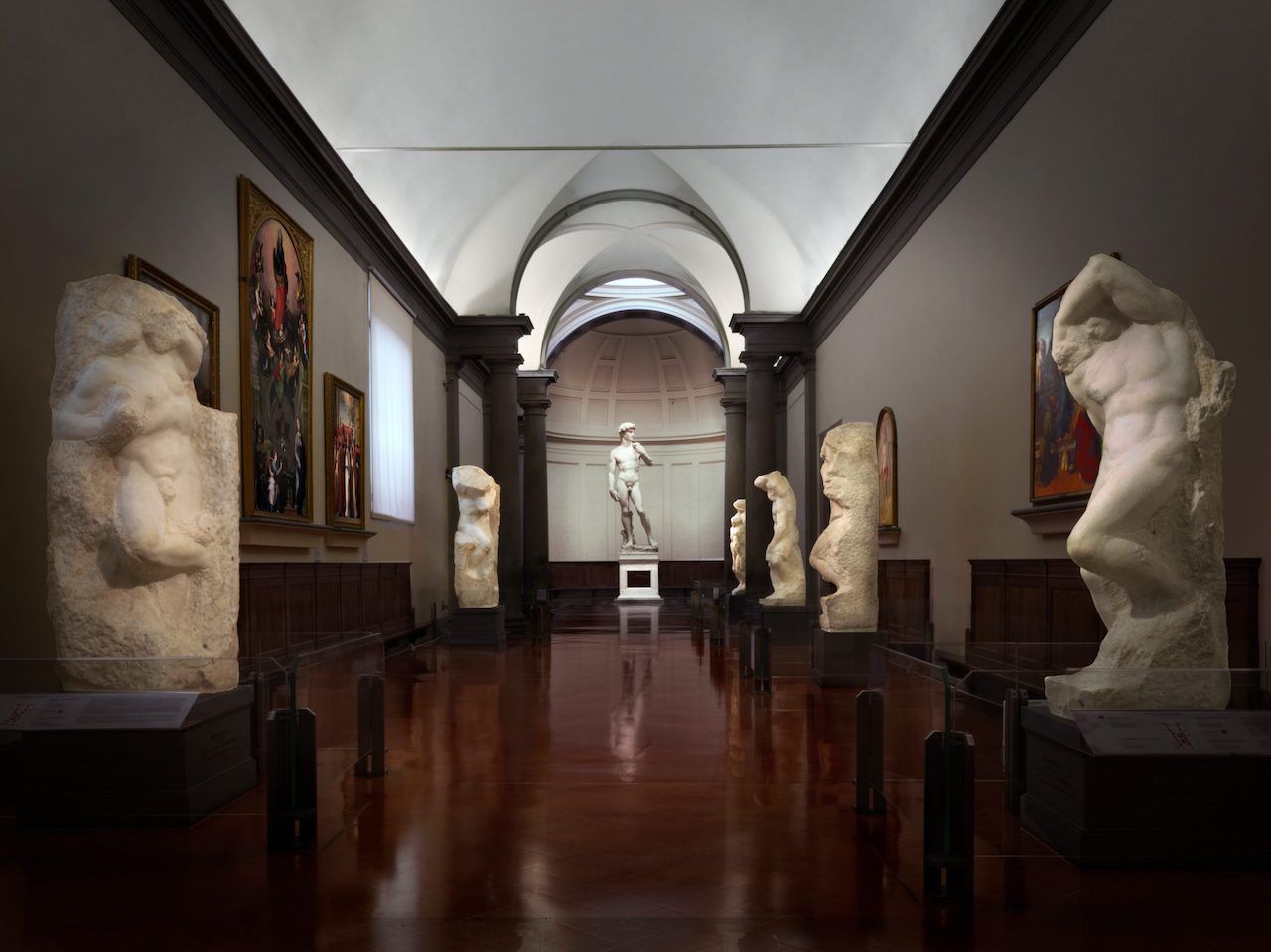 According to Forbes, public nudity is forbidden in the United Arab Emirates, and the team behind the Italian pavilion quickly realized their faux pas. To avoid shocking visitors and creating a diplomatic incident, the life-size replica, which is nearly 17 feet tall, is now contained inside an octagonal gallery with two observation platforms, one at the top and one at the bottom. Visitors to the pavilion are therefore only able to see David’s head and his legs, the rest being hidden from view.

It’s not the first time David’s private parts have been covered up for fear of offending viewers. Here are three more incidents of David’s penis being censored in the name of prudery.

In 1857, Queen Victoria was gifted a 19-foot cast of Michelangelo’s David by the Grand Duke of Tuscany. The replica was sent directly from Italy to the then Art Museum in South Kensington, London (now the Victoria and Albert Museum). According to the V&A, when Queen Victoria first saw the statue in the museum she was so shocked by subject’s nudity, that a two-foot fig leaf was especially built to cover David’s nether regions during royal visits. The fig leaf was placed on the statue thanks to two hooks. Today, the fig leaf has its own display case besides the cast of David, which is shown as Michelangelo intended: fully naked.

In 1937, a marble copy of Michelangelo’s David was installed at the Forest Lawn Cemetery in Glendale, California. The copy was not exact, however, as the subject’s genitals were covered by a fig leaf. The statue fell to the ground and shattered after an earthquake in 1971, and another copy was installed in 1972 — but without the fig leaf that time, the New York Times later reported. In 1994, the second statue fell victim to another earthquake and was replaced. That third copy toppled over and broke in March 2020, the L.A Times reports. The Forest Lawn Cemetery in Glendale is expecting another marble replica soon.

MuseumsHow To Make the Most of Your One Day at the Victoria and Albert Museum
Tagged
Art + Architecture News
What did you think of this story?
Meh
Good
Awesome