Appearing from the waters of Bilbao’s River Nervion is a creepy, realistic-looking face of a young girl drowning, and it has caught the attention of locals.

This “drowning girl statue” is entitled “Bihar,” which means “tomorrow” in Basque, and was created by Mexican hyperrealist artist Ruben Orozco. This statute is for a campaign by the BBK Foundation, the charitable arm of Spanish lender Kutxabank, created to spark a conversation about sustainability and climate change.

The goal of the figure is for people to be aware that “their actions can sink us or keep us afloat,” Ruben Orozco told a Spanish news site, the The Sun reported. 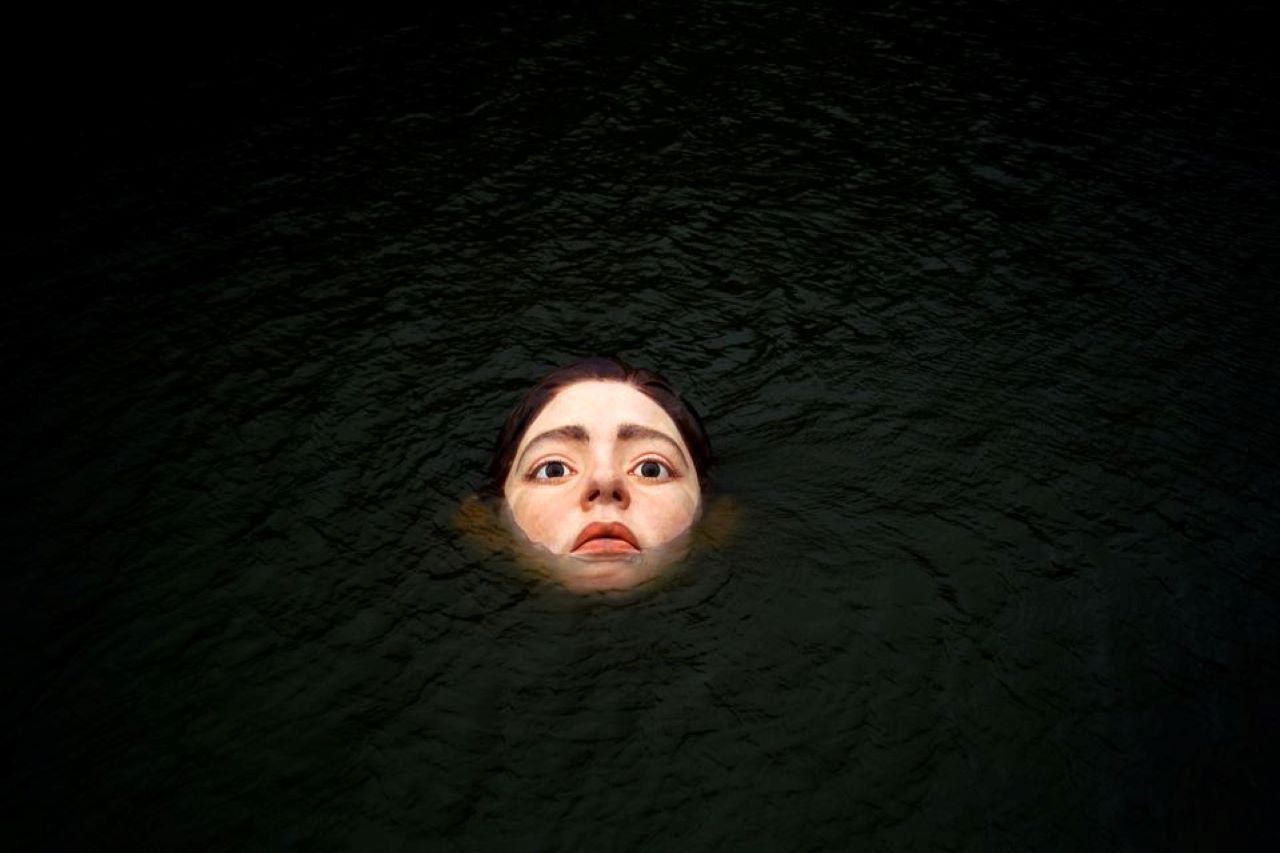 Each day as the tides rise and fall, the 264-pound, fiberglass figure gets submerged and uncovered by the water, and according to The Sun, BBK said this is an example of what could be “if we continue to bet on unsustainable models.”

But residents awoke the following day in shock and confusion after the statue was taken by boat and lower into the water in the middle of the night without anyone knowing. Most reactions have been the opposite.

An onlooker told Reuters, “At first it gave me a feeling of stress, when more of the face was out of the water, but now to me she communicates sadness, a lot of sadness. She doesn’t even look worried, it’s as if she is letting herself drown.”

This isn’t Orozco’s first time being in the spotlight. Two years ago, he participated in a case study with BBK and created a life-sized statue of a woman sitting alone on a park bench called “Invisible Soledad,” which sparked a lot of debate.