When we think of environmental diversity, the Galapagos Islands and the Amazon Rainforest may come to mind. Ecuador is home to those islands and a portion of that rainforest, yet there is much more to the country than that. This equatorial nation includes the northern end of the world’s second-highest mountain range, and its highlands are filled with remarkable plant and animal life found nowhere else on Earth.

In fact, Ecuador is home to more than 30 national parks and reserves, all in an area the size of Nevada — making it even more surprising that it isn’t widely recognized as the incredible eco-destination that it is. Among these natural areas are three astounding landscapes you’ve never heard of, all of which you can easily visit from the nation’s capital. 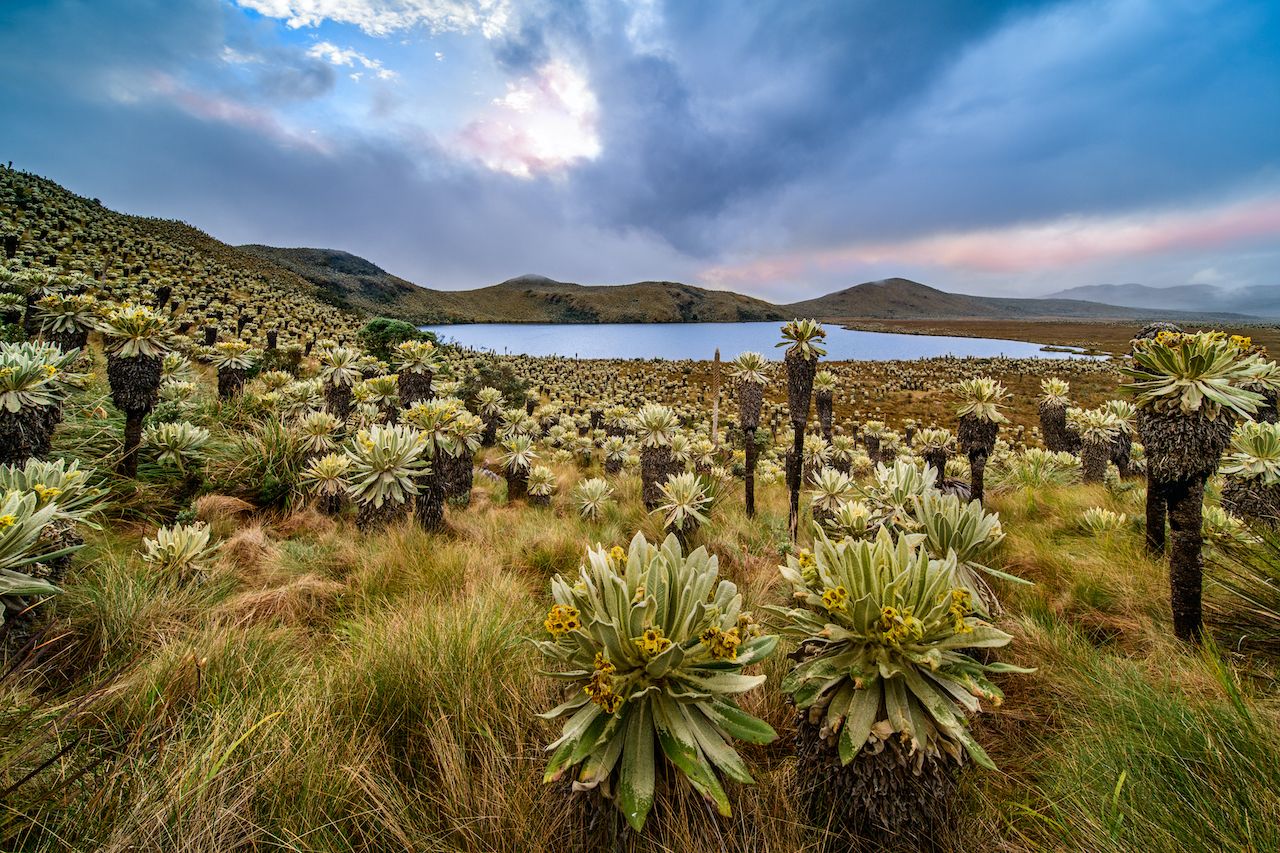 Topping the list as one of the most unique landscapes, El Angel Ecological is a vast and remote hideaway pinched between Ibarra and the Colombian border. Regarded as a no man’s land by many, the sprawling 4,000 acres hide several rare tree species including the frailejones and the polylepis, which grow in the high-altitude grasslands.

The frailejones is a mysterious evolution of the sunflower, coated in opalescent fuzz and towering as many as 20 feet in the sky. Thriving in the sometimes frigid and thin high-altitude air, the plant is considered endangered, only known to exist here and in the bordering Colombian territory. Ironically, it’s also a leading species in water sustainability. It has the important ability to absorb atmospheric moisture into its spongy trunk, later dispersing it back into the soil through its roots. The action directly contributes to underground water supplies that eventually blossom into rivers and lakes. 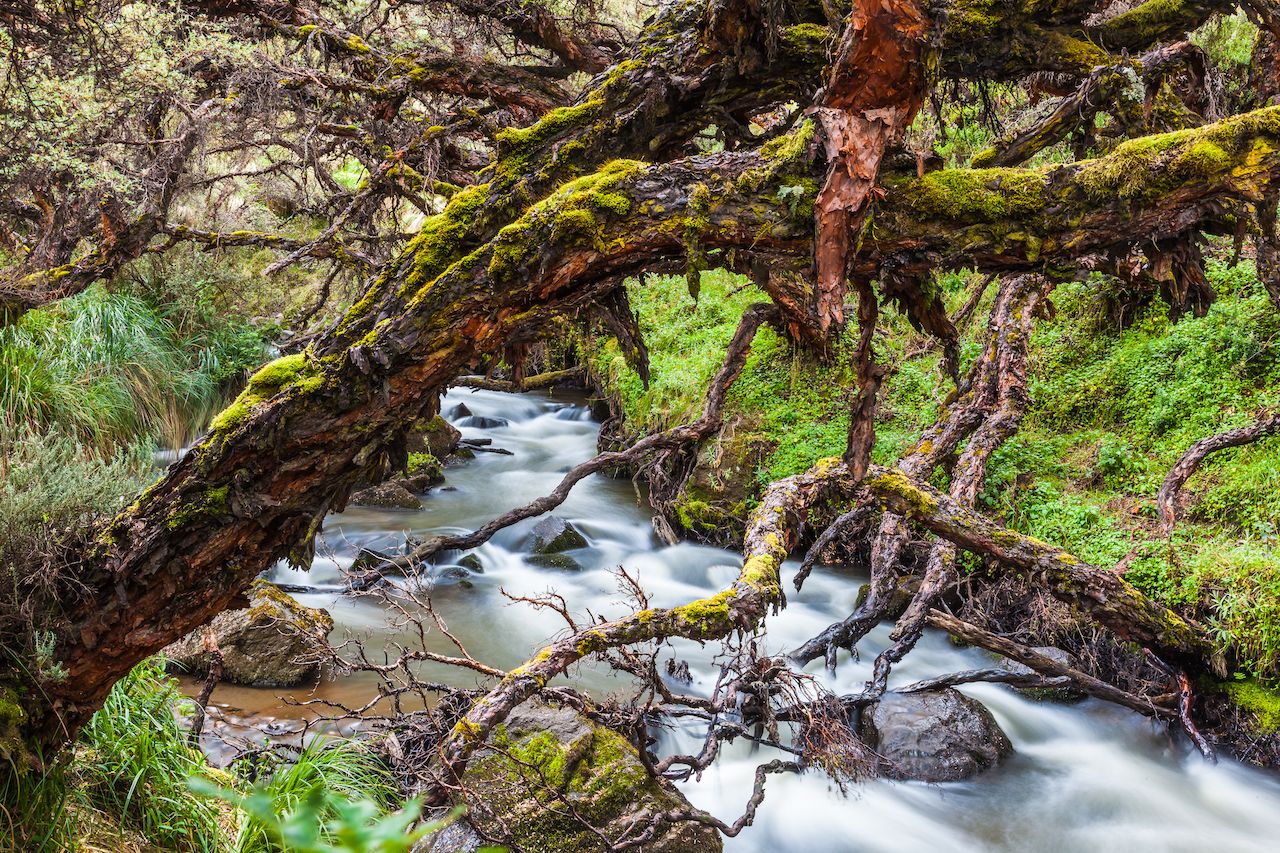 The furry frailejones share territory with the polylepis, lovingly referred to as the paper tree. This tiny tree resembles a gnarled shrub with peeling bark, and it’s closely related to both the rose bush and evergreen trees. Endemic to the tropical Andes, it has the uncanny ability to flourish far above the typical tree line at altitudes in excess of 16,000 feet, all while keeping its leaves intact year-round. The polylepis is best known for having a peeling bark that pulls off in thick layers like tissue paper. The tree is capable of producing or shedding numerous layers of bark in an effort to adapt to the fluctuating temperatures of its natural habitat.

Animals are also varied and abundant in the mysterious landscape, supported by vast water sources and an extended food chain. El Angel Ecological Reserve is home to some of the last wild alpaca herds, the paramo wolf, deer, rodents, and birds including the endangered Andean condor and the carunculated caracara, a bird that is both a scavenger and predator of small animals. 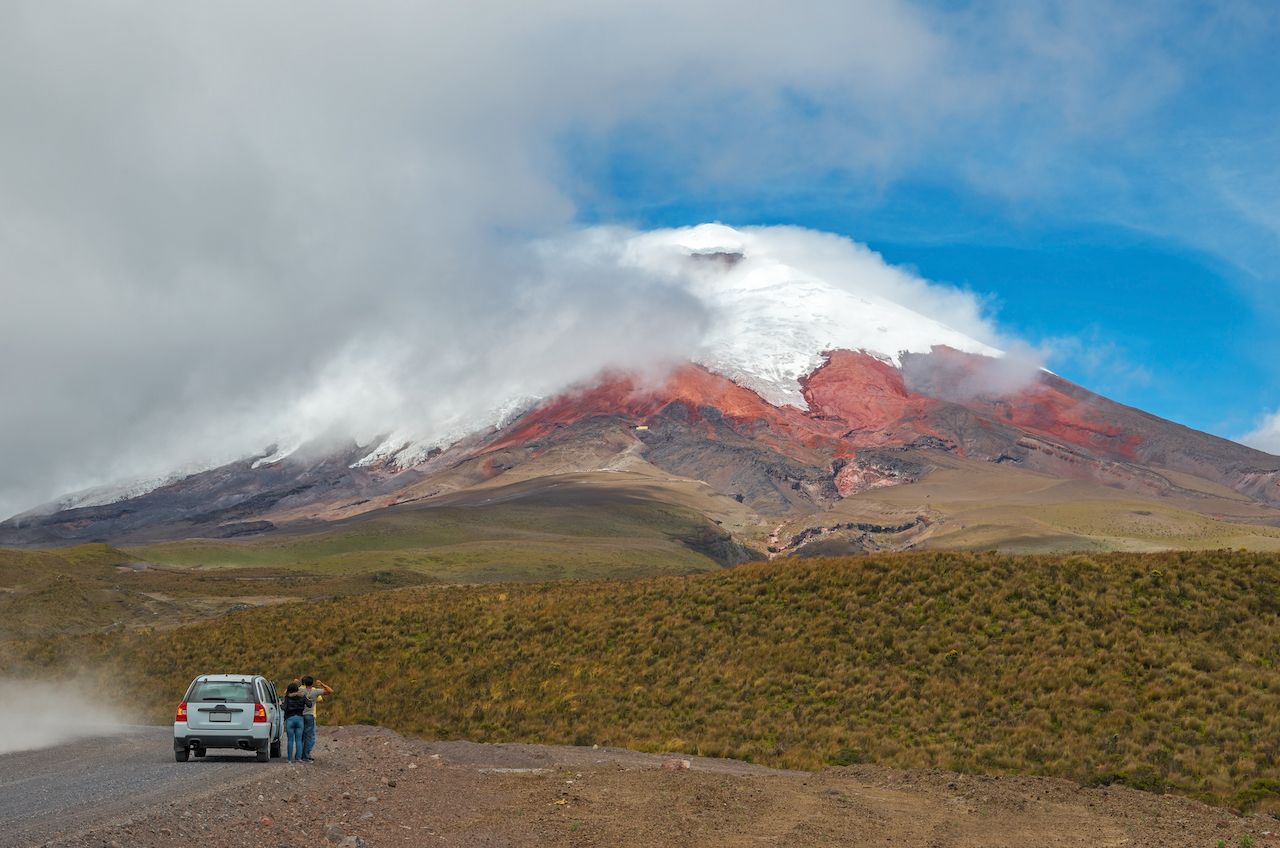 Unless you’re a mountain-climbing aficionado, it’s likely that Cotopaxi National Park hasn’t landed on your bucket list… yet. Its claim to fame is the namesake Cotopaxi Volcano, sometimes overshadowed by the neighboring Chimborazo Volcano. But simply calling it the second-highest volcano in Ecuador is an epic understatement. For the Cotopaxi Volcano is still one of the highest volcanoes on Mother Earth — and it’s been active for nearly 500 years.

Part of the Andes Mountain range and the notorious Ring of Fire, the Cotopaxi Volcano scratches the sky at 19,347 feet. Although the snow-capped volcano is the obvious shining star of the Cotopaxi National Park, the park offers so much more. At the base of Cotopaxi lies a sprawling ecological reserve spanning nearly 130 square miles, which includes several additional volcanoes within an offroad tourism route known as the Avenue of the Volcanoes. 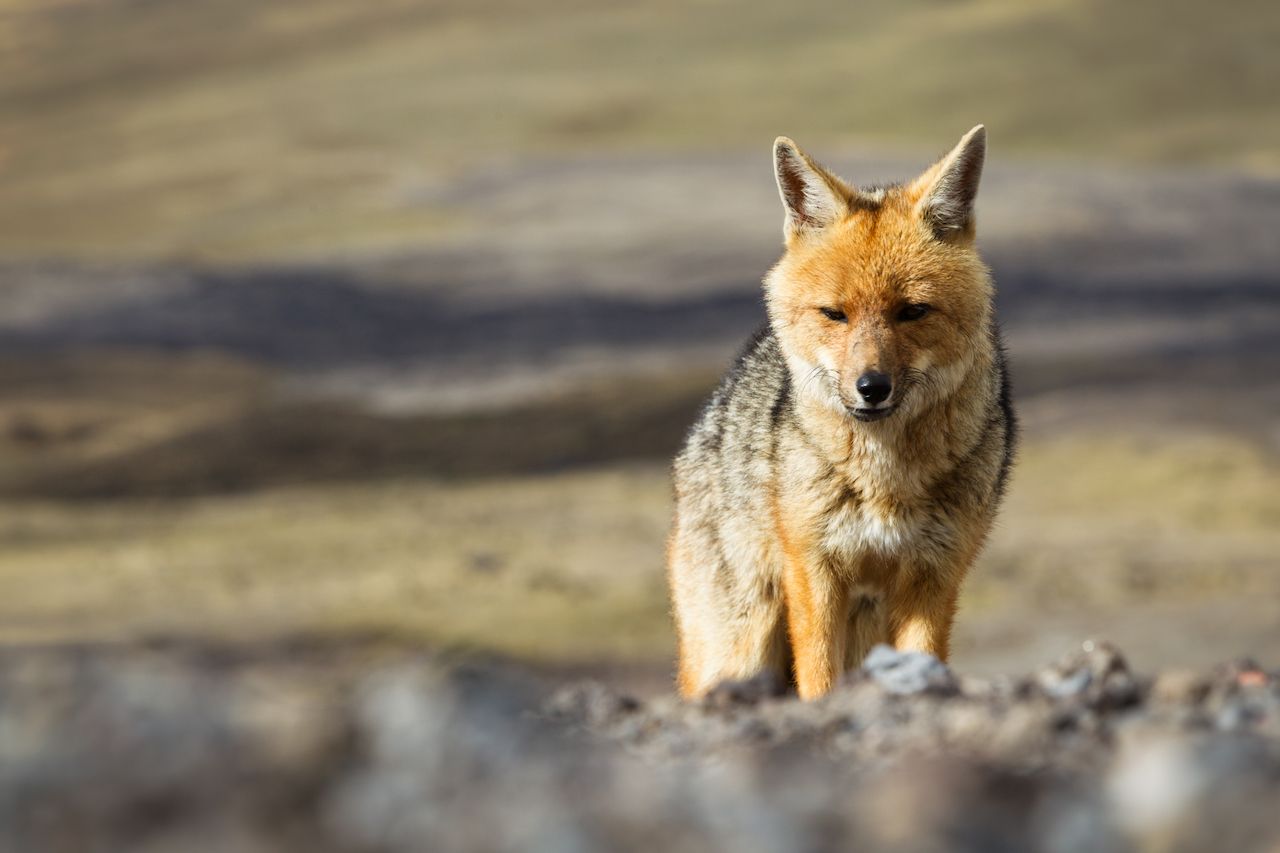 Even so, the surrounding terrain reveals a stark contrast of peaks and valleys. Rather than a mountainous strip of cones and craters, the volcanoes are peculiarly surrounded by sweeping panoramic highlands bursting with a fascinating array of flora and fauna. The so-called sub-Andean plains lend themselves to several humid vegetation zones including paramo, or a high-altitude tropical zone; evergreen forests; Andean tundra; and moorlands, or high-altitude grasslands. The cold, wet atmosphere provides ideal living conditions for more than 200 species of grass, plants, moss, and lichens. 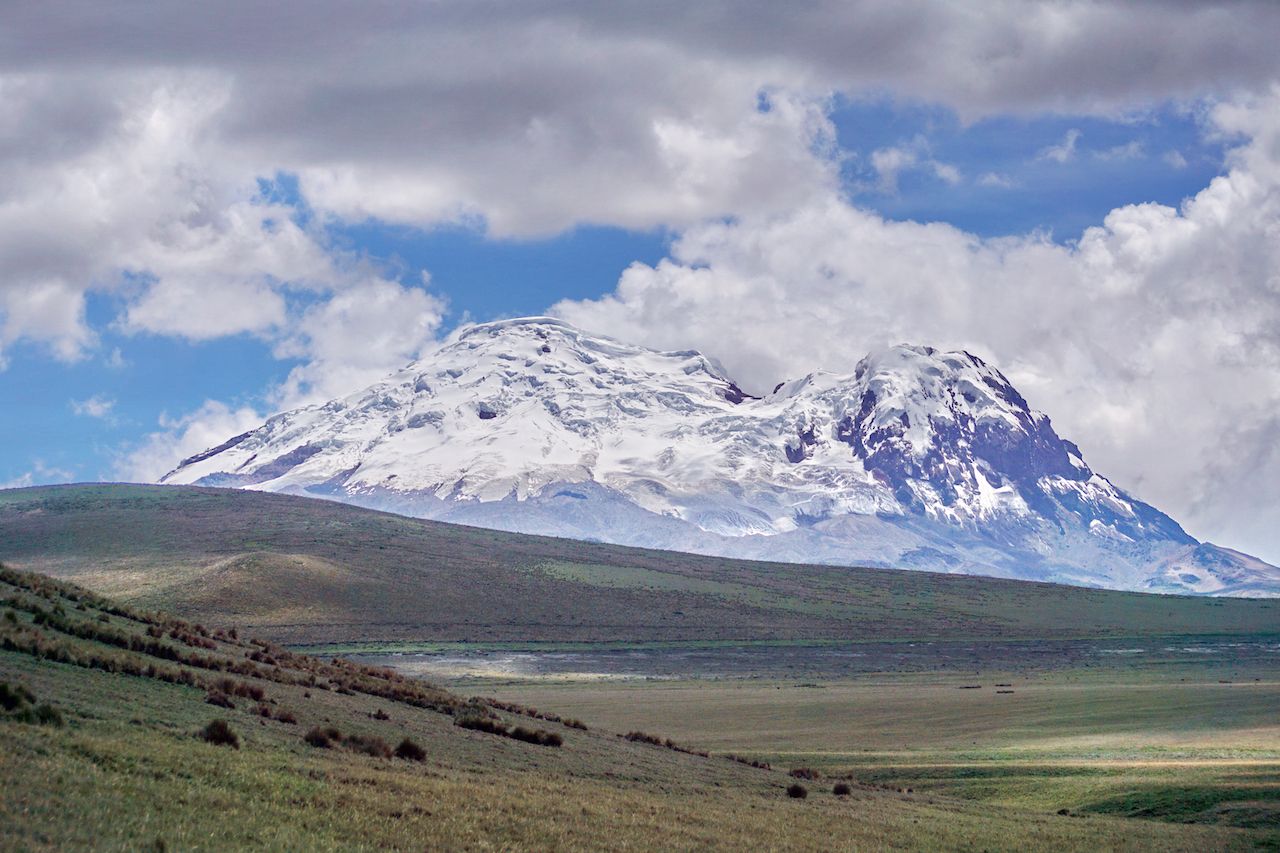 Although majestic and mysterious, the 800,000-year-old Antisana Volcano is quiet and subdued, lending itself as a snowy silhouette while letting the astounding life veins below take center stage. Indeed, the abounding flora and fauna are so precious that they inspired the very reserve around them. 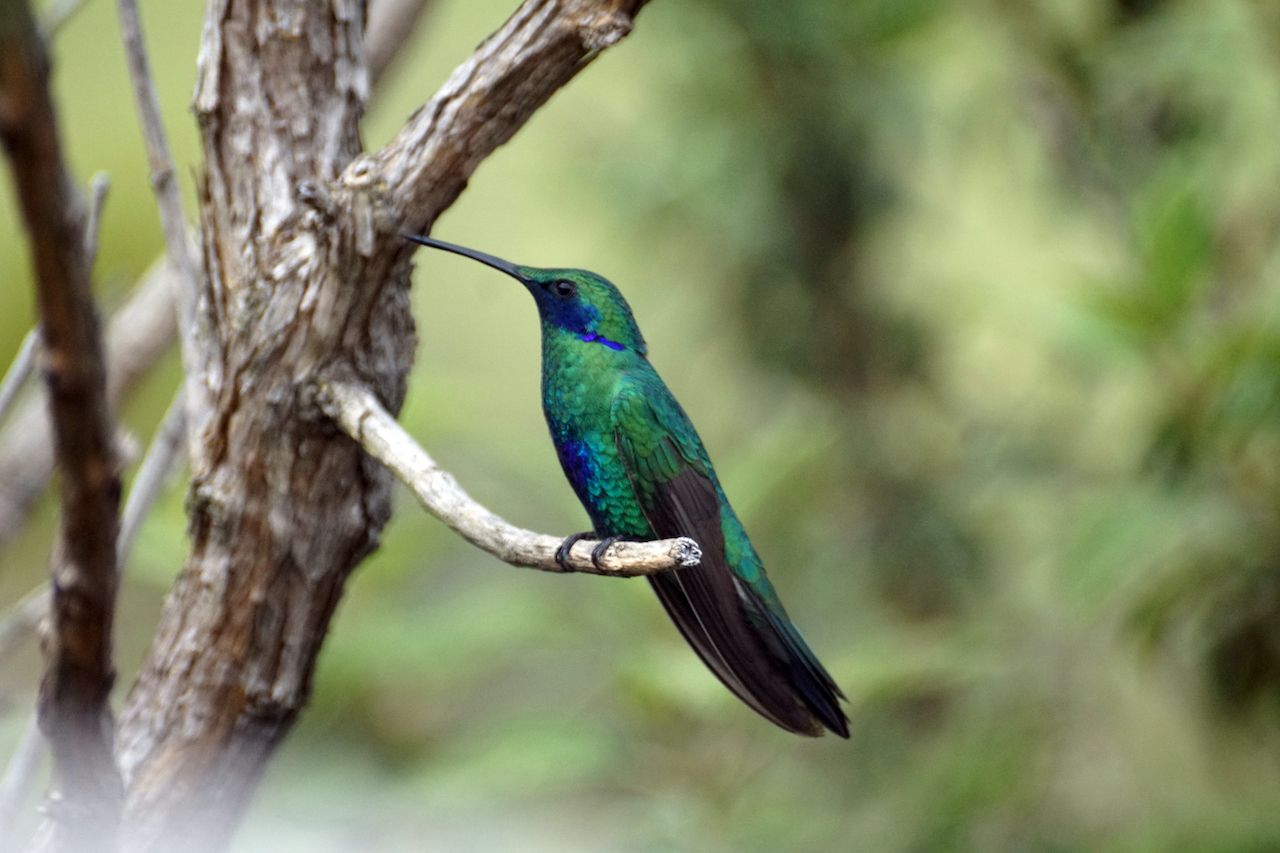 Bound by landscapes riddled with glaciers and hot springs, dense forests, gorges, lakes, rivers, waterfalls, and mountains, the living beings who thrive here are subjected to some of the harshest living conditions imaginable. Yet despite cold, dry temperatures, high winds, and low oxygens levels, the Antisana Ecological Reserve cradles an astounding six dozen mammal species, nearly as many amphibian and reptile species, and over 400 unique bird species.

The most notable creatures are as varied as the landscapes and include the mountain tapir; white-fronted spider monkey; Andean condor; black-faced ibis; northern pudu, or world’s smallest deer; the spectacled bear; rare Andean cats; and an endangered mountain toad. 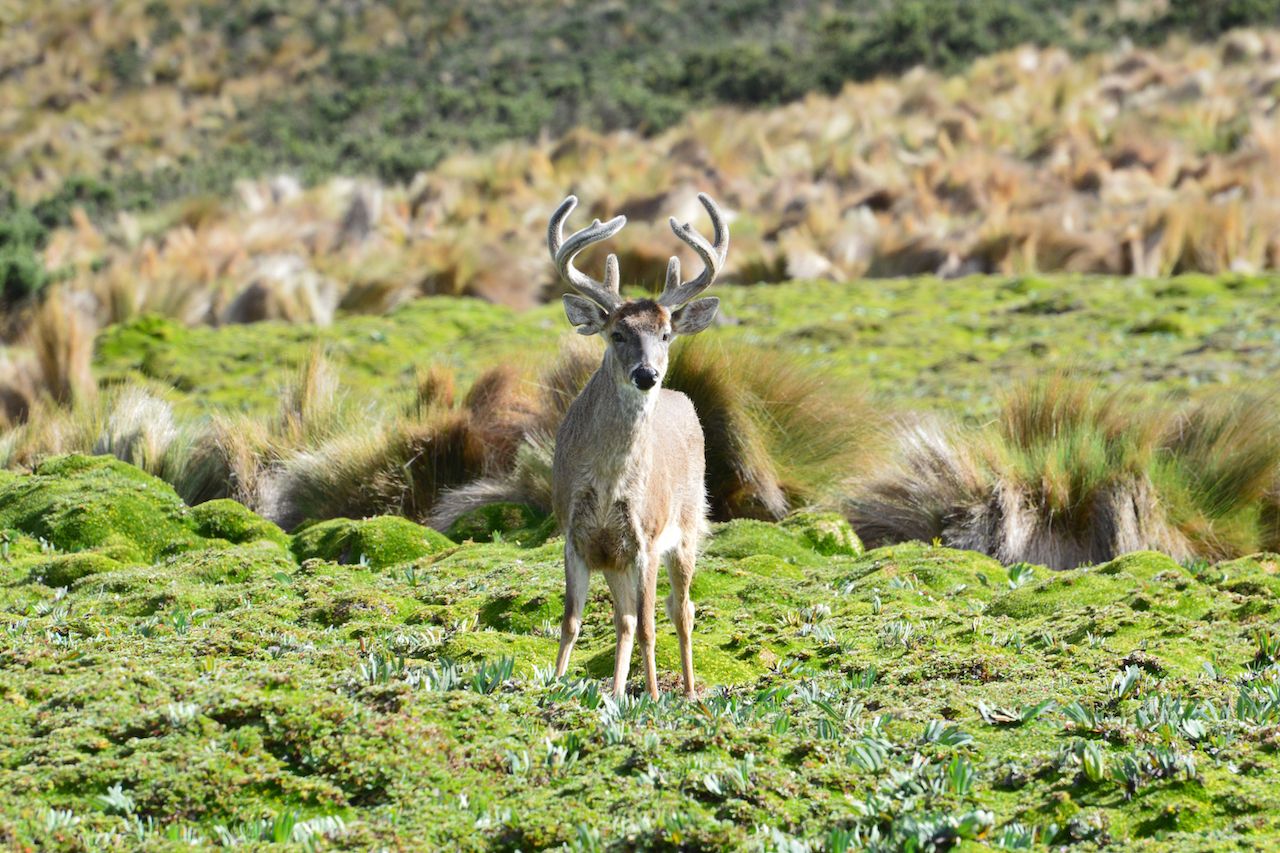 Each of these national parks and reserves in Ecuador can be easily visited with trips from the capital city of Quito. Coming in as the most remote option, El Angel Ecological Reserve is located approximately five hours driving northeast of Quito with a halfway point in Ibarra. Visitors can enter the park either independently or as part of tour groups. Hiking, biking, and camping are permitted although there are no modern facilities. The park is open year-round but is best appreciated in the dry season from May to November.

Cotopaxi National Park is an easy day trip option from Quito, located just over an hour’s drive south of the city limits. Entrance into the park is closely regulated and requires all visitors to check-in with a government-issued ID at the ranger stations. While there is no cost to enter, access may vary in accordance with volcanic activity. Guided tours to the park are popular but not required. For mountain climbers and extreme hikers, there is a mountain refuge. Otherwise, camping, biking, climbing, hiking, and off-road vehicles are permitted in designated areas. The park is open year-round but can be closed due to poor road conditions, snow, and volcanic activity. The best time to visit is from June to October.

The Antisana Ecological Reserve can be found approximately 90 minutes driving southeast of Quito, just beyond the site of the Papallacta hot springs. Hiking, boating, fishing, camping, and horseback riding are allowed within designated areas of the reserve. Visitors are welcomed independently and through arranged tours. Minimal admission fees may exist but are not always heavily enforced. Weather conditions are fairly stable year-round with heavier fog likely between December and April.

Insider GuidesEcuador Packs the Most Adventure Into a Small Space Better Than Anywhere Else in South America
Tagged
National Parks Insider Guides Wildlife Ecuador
What did you think of this story?
Meh
Good
Awesome