What is a city without a place to take it all in? By repurposing unused or abandoned structures and areas, major cities around the world are turning wasted space into green space — led by projects such as Atlanta’s BeltLine and New York City’s High Line. Cities like Dallas and San Francisco have taken the concept as much toward urban sustainability as public gathering space, and in Europe, Rotterdam looked straight to the future with its new Luchtsingel. These seven elevated parks are sure to inspire your next big-city walk. 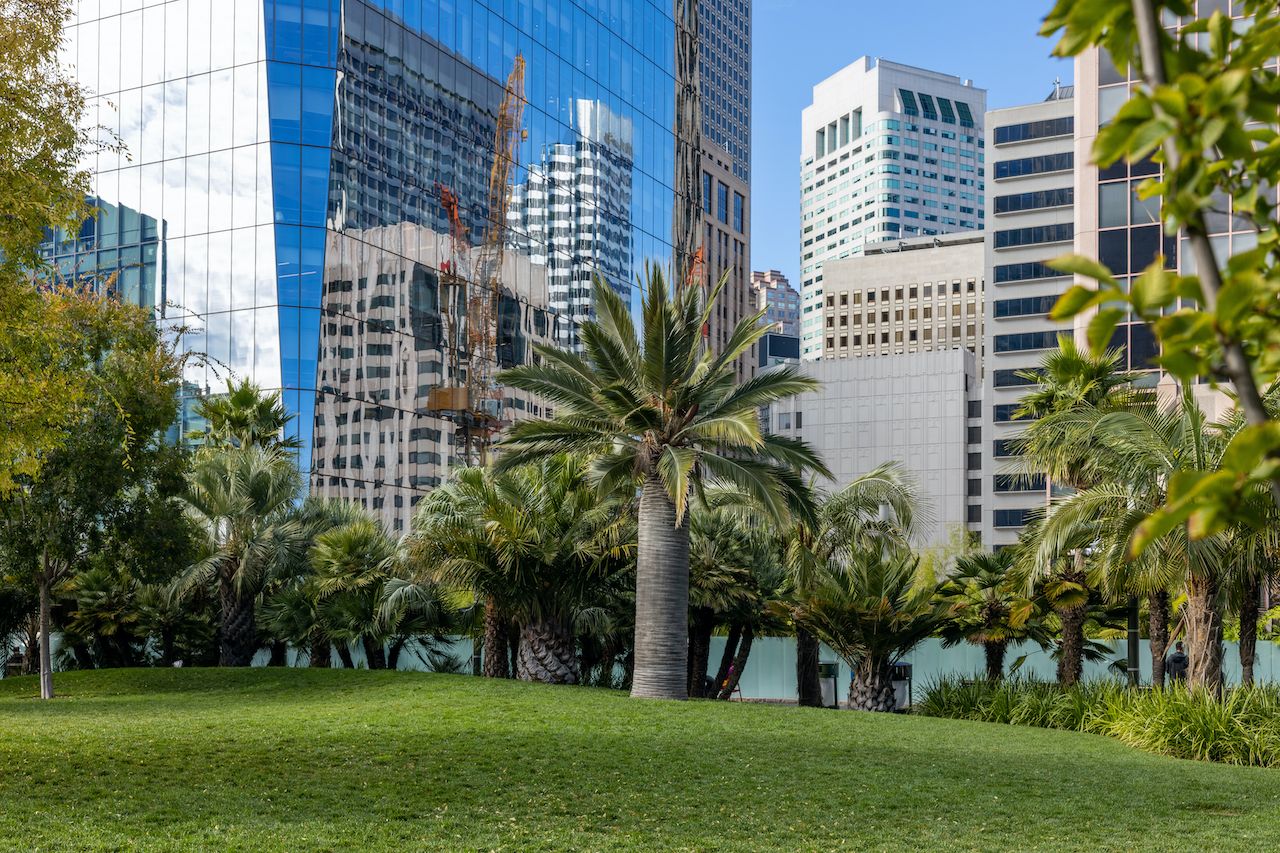 Few places in the world offer the chance to lounge under a rooftop palm tree or kick around a soccer ball on a field of grass 50 feet above the street. In the summer of 2018, San Francisco became one of those places. Though its name sounds more akin to a baseball stadium than a public green space, Salesforce Transit Center Park is exactly that — an elevated park on the fourth floor of a massive new public transportation center in the heart of the city. It’s a true testament to modern architectural engineering — a spot for people to gather and recreate, stocked with trees and other flora that help the park double as a carbon sucker to help clean the Bay Area’s air. Gray water from the transit center below is upcycled to the plant life in the park’s “wetland garden” before being sent back down for a final run through the building’s toilets, helping to make the building among the city’s most sustainable and a model for future large-scale urban development. 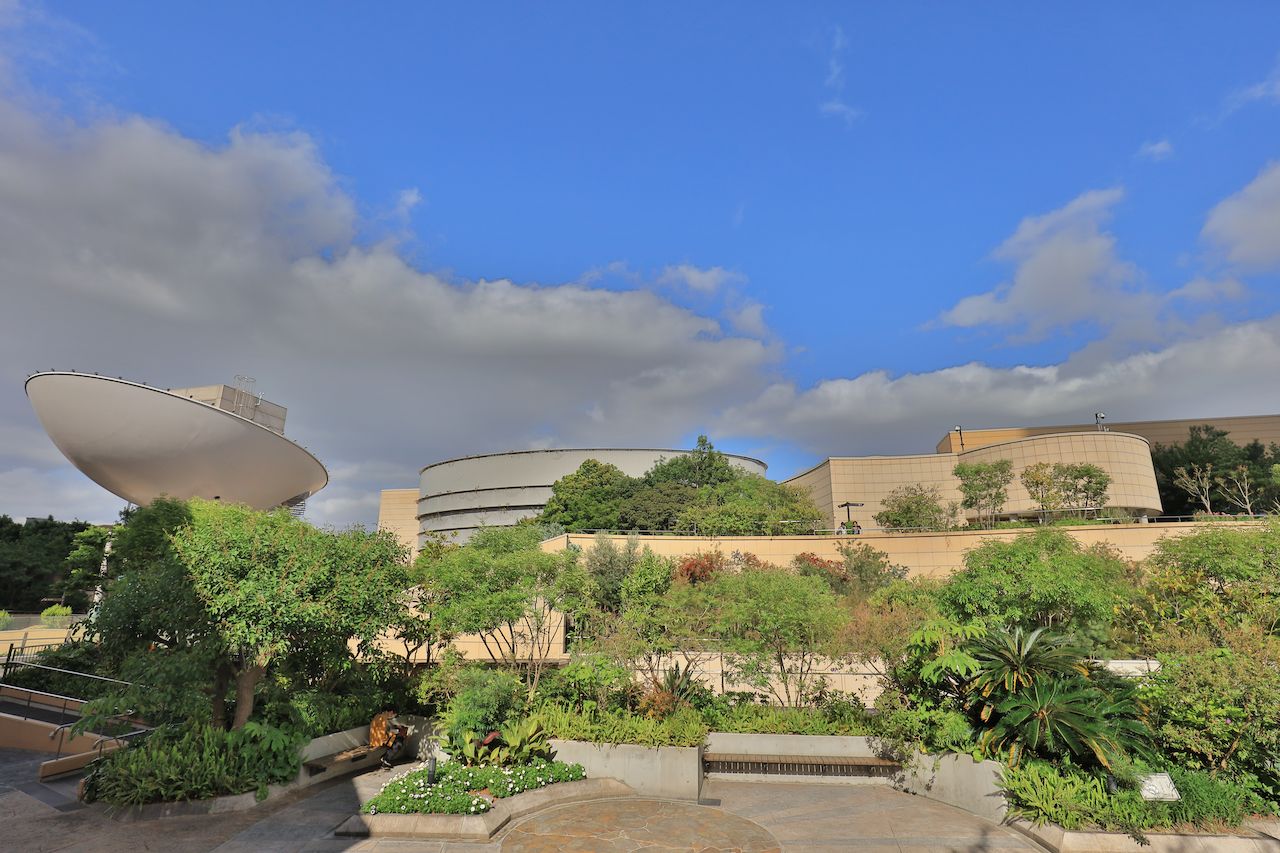 Osaka’s Namba Parks — emphasis on the plural — take the concept of the elevated park to new levels. This is a multi-story plethora of green spaces surrounding a massive commercial tower. Its terraced facade on the outside leads into an actual canyon built into the shopping mall itself. Several small park areas make up the site, turning green what would otherwise resemble the standard office and shopping high-rise common in major Asian cities. Namba’s history, however, is equally green — it sits on the site of what was formerly Osaka’s professional baseball stadium. 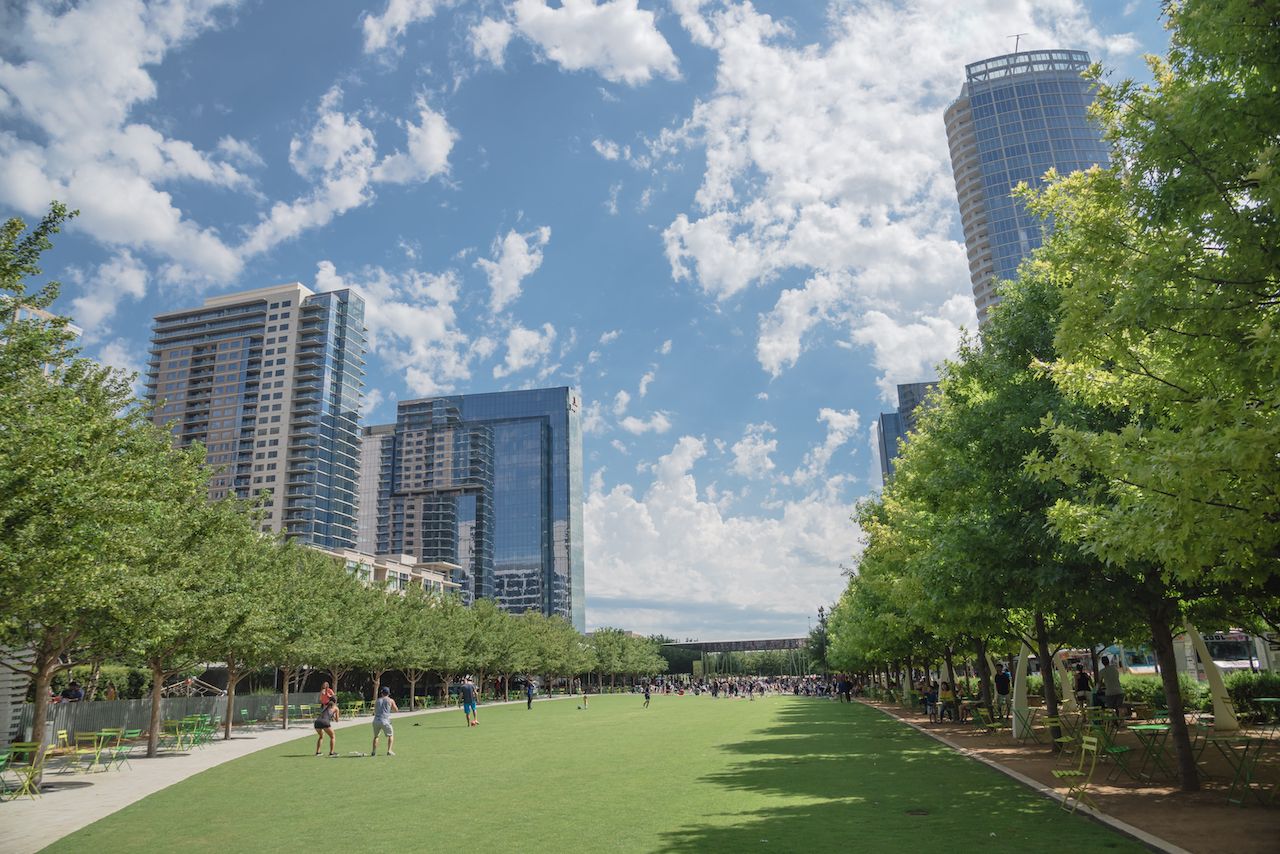 Dallas in the summertime is many things, hot and muggy among them. Rather than stay inside with the AC blasting (though that’s always an option), many residents elect to spend their afternoons relaxing and recreating above the Woodall Rodgers Freeway at Klyde Warren Park, a 5.2-acre green space opened in 2012. Food trucks dock alongside the park and regular events and concerts take place in the two pavilions. Plenty of space is available for frisbee, yoga classes, film screenings, and other activities, though among the most popular areas in summer are the botanical gardens and anywhere one can park themself under a tree to escape the heat. In a true testament to human endurance and willpower, the park is a popular spot for running and serves as the launch point for the annual Five on the 4th 5K run. Humans aren’t the only ones running around at altitude in Dallas, however. Klyde Warren is also home to one of the city’s most popular dog parks. 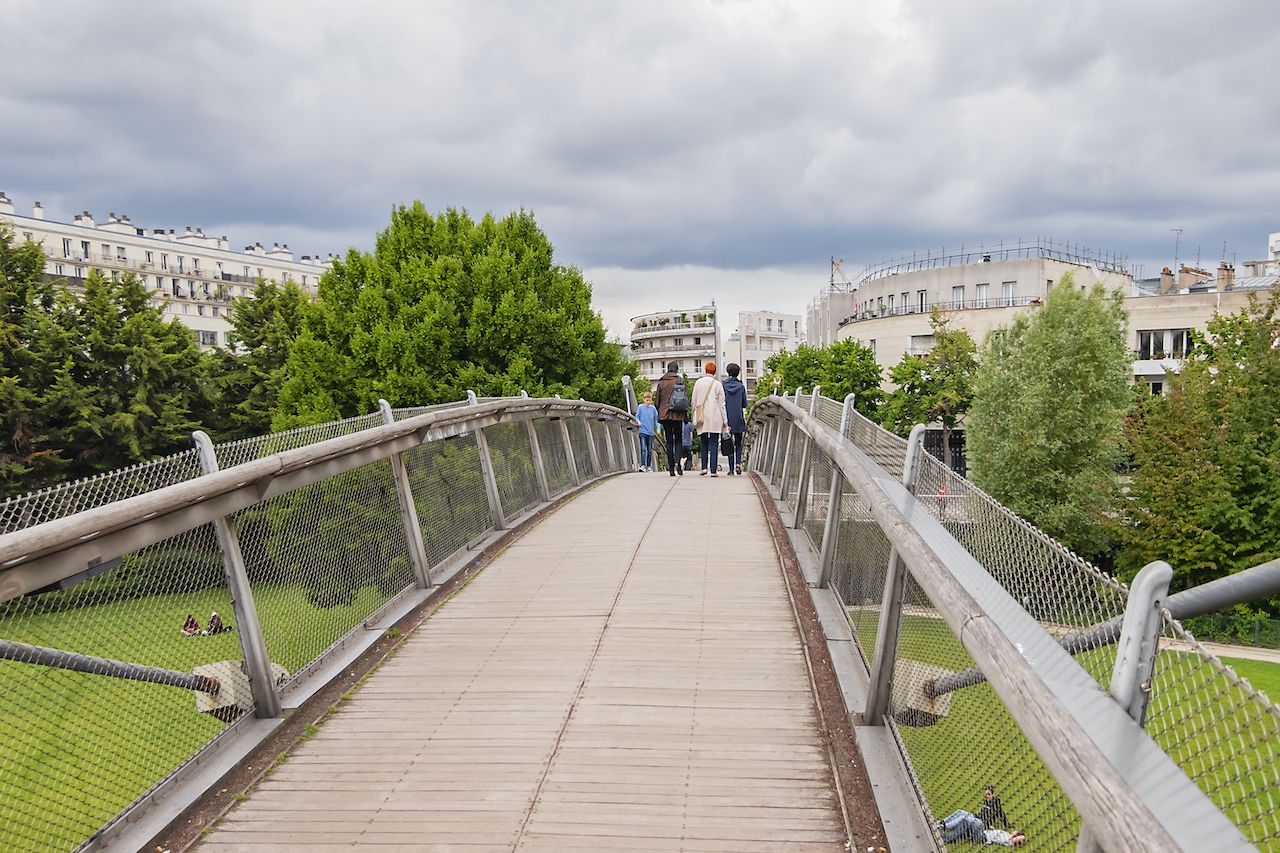 Paris’ Promenade Plantée is the original elevated park, turning an abandoned viaduct into both a horizontal and vertical garden stretching nearly three miles through the 12th Arrondissement from Bastille to Bois de Vincennes. It opened in 1993 and is a great way to view Paris’ historic architecture from more than 30 feet up (and to add a bit of greenery into your walking tour of the French capital). Be sure to stop by the Viaduc des Artes to peruse the many vendors hawking handmade art, clothing, jewelry, and more. 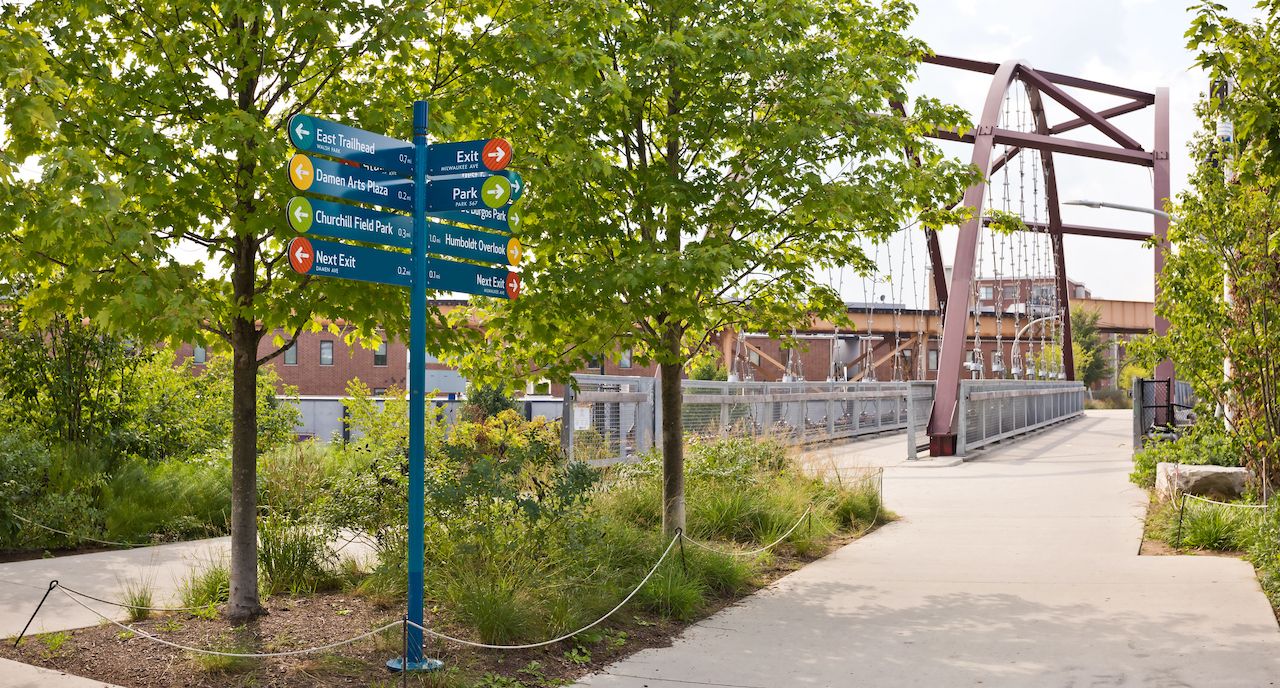 Elevated rail lines are among Chicago’s most iconic trademarks, and on the city’s northwest side, one of the big ones has gone green. In 2015, the city turned the inactive Bloomingdale Line into its newest park built — or grown, rather — atop an elevated, 2.7-mile stretch of metal built nearly 150 years ago. It’s located just north of the massive Humboldt Park and passes through the neighborhood of the same name and into the West Town and Logan Square neighborhoods. Chicago is home to a series of elevated running and biking trails run and maintained by an organization called The 606, and the Bloomingdale Line stands among the country’s most successful urban rail repurposing efforts of this century. 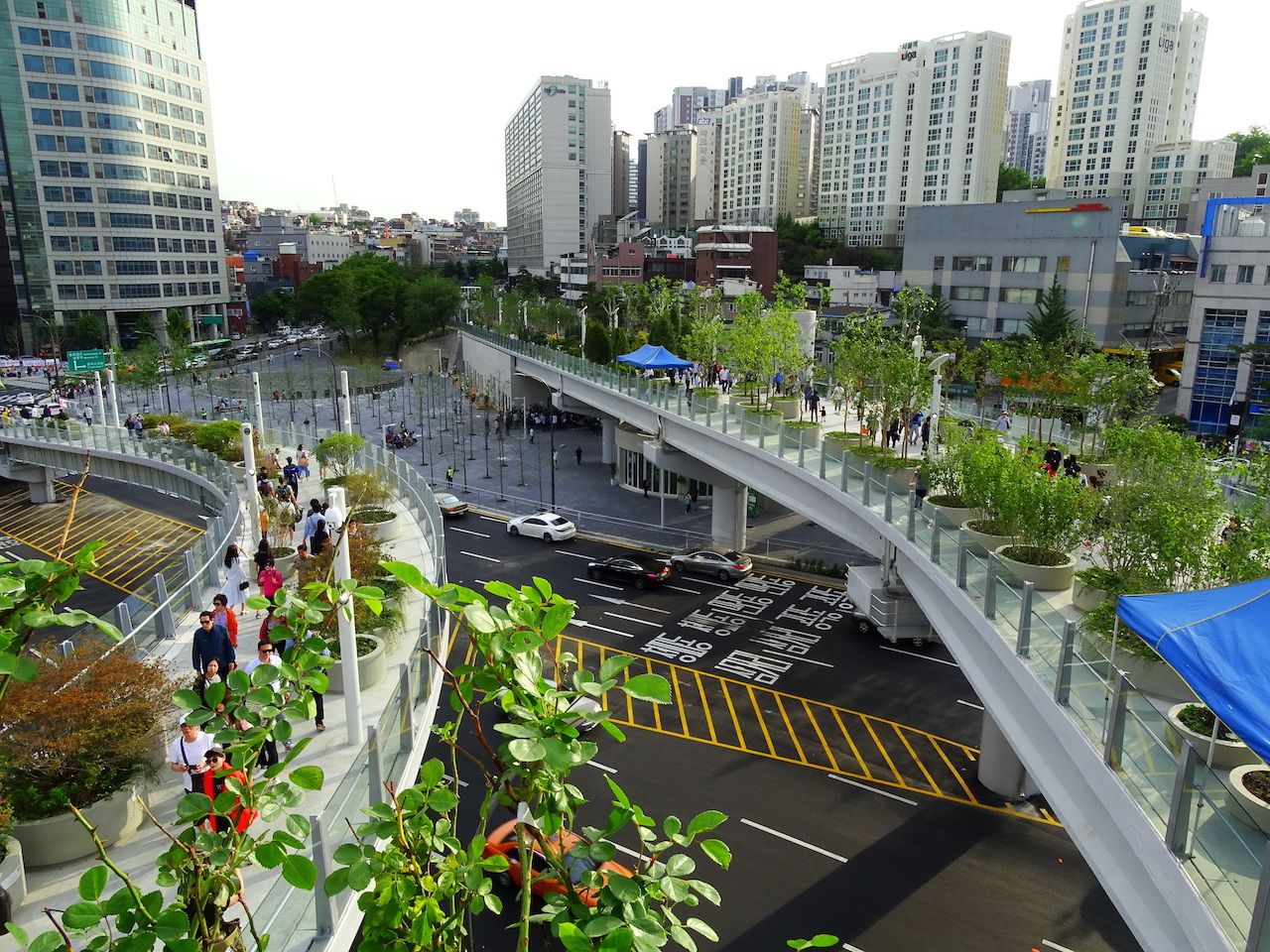 Equal parts pedestrian walkway and urban park, Seoullo 7017 passes over Seoul Station and the surrounding area via 17 bridges. Visitors can dip their feet in shallow pools to cool off, lounge next to patches of trees or on benches surrounding growing plants, and watch kids play in the designated play zone. The most unique part of this elevated beltway, however, are the glass windows that open up views to the busy city below. 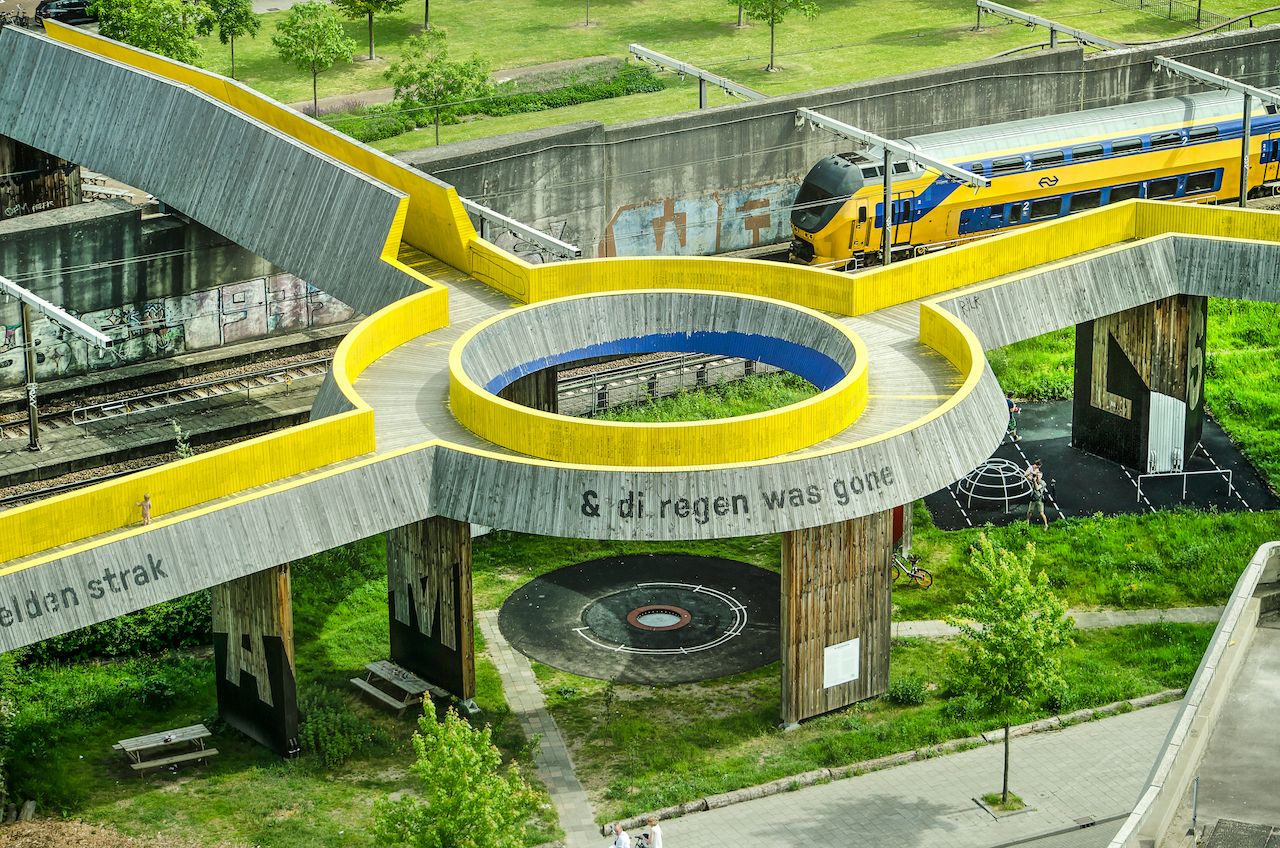 Leave it to Rotterdam — home of the upside-down, U-shaped Market Hall building — to develop the most futuristic-looking of urban elevated parks. The Luctsingel connects the Rotterdam Centraal Station with a nearby ground-level park, a rooftop garden, and the Laurenskwartier district, all in just a 1,300-foot-long path. The walkway itself, painted bright yellow and complete with its own traffic-style roundabout one story above the city below, looks like something out of a Star Wars movie — which seems to be what the city is going for these days.