Well before Intrepid Travel launched its Women’s Expeditions in 2018, Zina Bencheikh, now the managing director of the brand’s Europe, Middle East, and Asia market, saw an imbalance in the travel industry that was reflected in her company: Tour guides were overwhelmingly male.

Bencheikh, who was born in Morocco and previously worked as the general manager of Intrepid’s Morocco office, chalks this discrepancy up to a mix of cultural and bureaucratic hurdles. “Women face many difficulties becoming tour leaders due to public perception, family concerns, and, in countries like Morocco, the inability to obtain the required licensing,” she tells Matador Network. This is among the reasons Bencheikh became a driving force behind the fight for Morocco’s licensed female guides, and it’s among the reasons she channeled that drive into creating Intrepid’s Women’s Expeditions, epic trips run by women, for women.

Empowering female leaders is one motivation behind these expeditions. Tours are hosted in countries such as Jordan and Turkey where the scales of the tourism sector continue to tip in favor of male guides, a fact Intrepid’s Women’s Expeditions is combating by creating space for local women looking to break into the travel industry. But it’s not just guides that benefit from these women-run, women-only trips. Travelers are empowered too.

“Beyond supporting local women,” says Bencheikh, “being led by a female tour leader gives travelers intimate access to their lives, whether it’s asking personal questions or observing how they interact and explore their country.” This, she notes, can be particularly “powerful” in “more conservative countries like Morocco.” It also affords female travelers the opportunity to pursue experiences they would not otherwise have access to in mixed-gender groups.

According to Bencheikh, this is what made the idea so exciting initially, as well as what decided the destinations where these trips currently run. Not only do Intrepid’s Women’s Expeditions fulfill the company name’s promise by inviting female travelers to consider destinations they might otherwise have had reservations, or at least questions, about visiting, but the itineraries also center on activities that are only possible for women. In Shiraz, Iran, for example, travelers are able to visit a beauty salon, which many local women opened after the Iranian Revolution to gain financial independence and which now serve as sanctuaries for women to shed their hijabs and socialize freely. Elsewhere, in Jordan, travelers can experience life among the Bedouin women of the Wadi Rum desert, an opportunity relatively few visitors are afforded.

For female travelers, solo or otherwise, trips like Intrepid’s Women’s Expeditions widen the door to the world through which all travelers are eager to pass, albeit one female travelers are not always blanketly encouraged to walk through. These trips are also indicative of a broader trend in the travel industry that’s emboldening women to travel fearlessly, not to mention equitably.

Companies from REI to Wanderful stand alongside Intrepid in its mission to plate up epic, all-female experiences for travel-hungry women. And while many of the following tours have been suspended due to COVID-19 travel restrictions, female travelers still have more to look forward to in the way of women-centric excursions than ever before — so until they’re able to travel safely again, here’s a handful of bold, badass trips to start getting excited about right now. 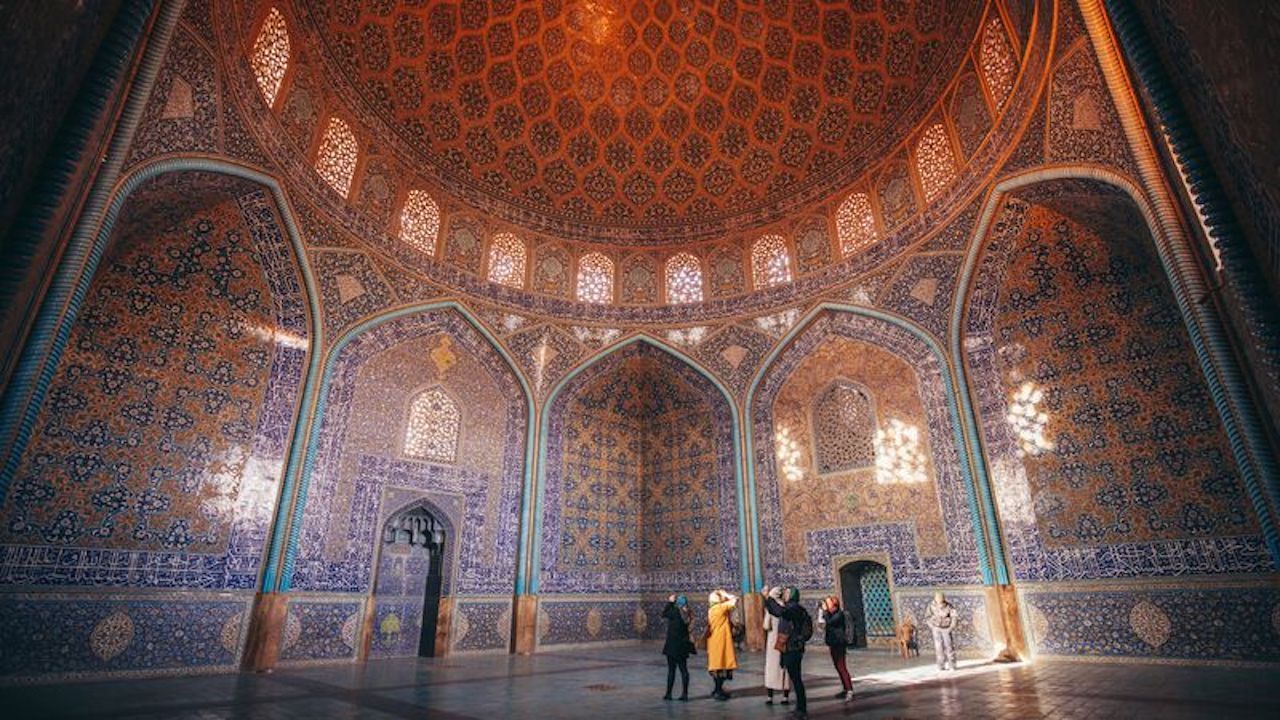 Intrepid hosts Women’s Expeditions in Jordan, Morocco, and Turkey, as well as Iran, which at 12 days is one of the longer trips. (At $2,905 it’s also the priciest, with the eight-day Morocco itinerary running travelers the least at $1,125.) The expedition starts and ends in Tehran, the Iranian capital, taking travelers through the UNESCO-listed desert city Yazd, epicenter of Persian culture Shiraz, ancient Bishapur, and third-largest Iranian city Esfahan.

When they’re not at the beauty salon, travelers will devour traditional recipes, from sourcing ingredients at a bazaar to preparing meals alongside local cooks. They’ll admire landmarks that memorialize Zaroastiran and Persian culture; spend a morning in a Zagros mountain town, afternoon in a women-only park in Shiraz, and evening with the nomadic Qashqai people; participate in a carpet workshop; and much, much more.

2. Travel to Antarctica with Wanderful 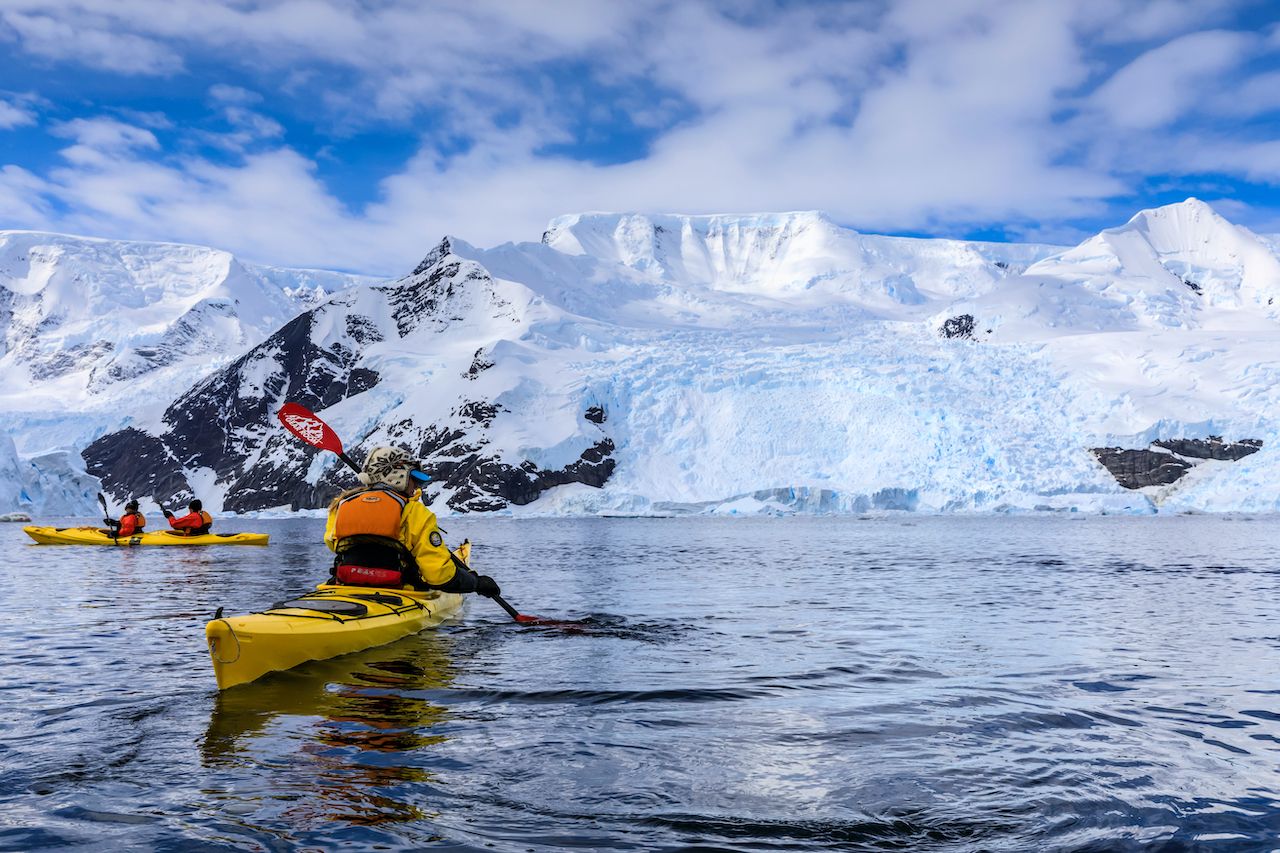 The women’s travel network Wanderful is teaming up with Intrepid Travel to offer adventurers yet another epic expedition, this time to the Great White Continent. Departing from Ushuaia, Argentina, the southernmost point in South America, travelers will spend a few days cruising the often tempestuous Drake Passage toward the islands of the Antarctic Peninsula, watching for wildlife like whales and albatross along the way, as well as attending lectures by polar experts should they so choose. Landings on the continent come with their own fauna, including the penguins travelers are no doubt eager to encounter. Activities like kayaking and snowshoeing can also be arranged in advance. In the spirit of networking with other female travelers, this trip accommodates 100 lucky, like-minded women.

3. Trek to Everest Base Camp or climb Kilimanjaro with WHOA 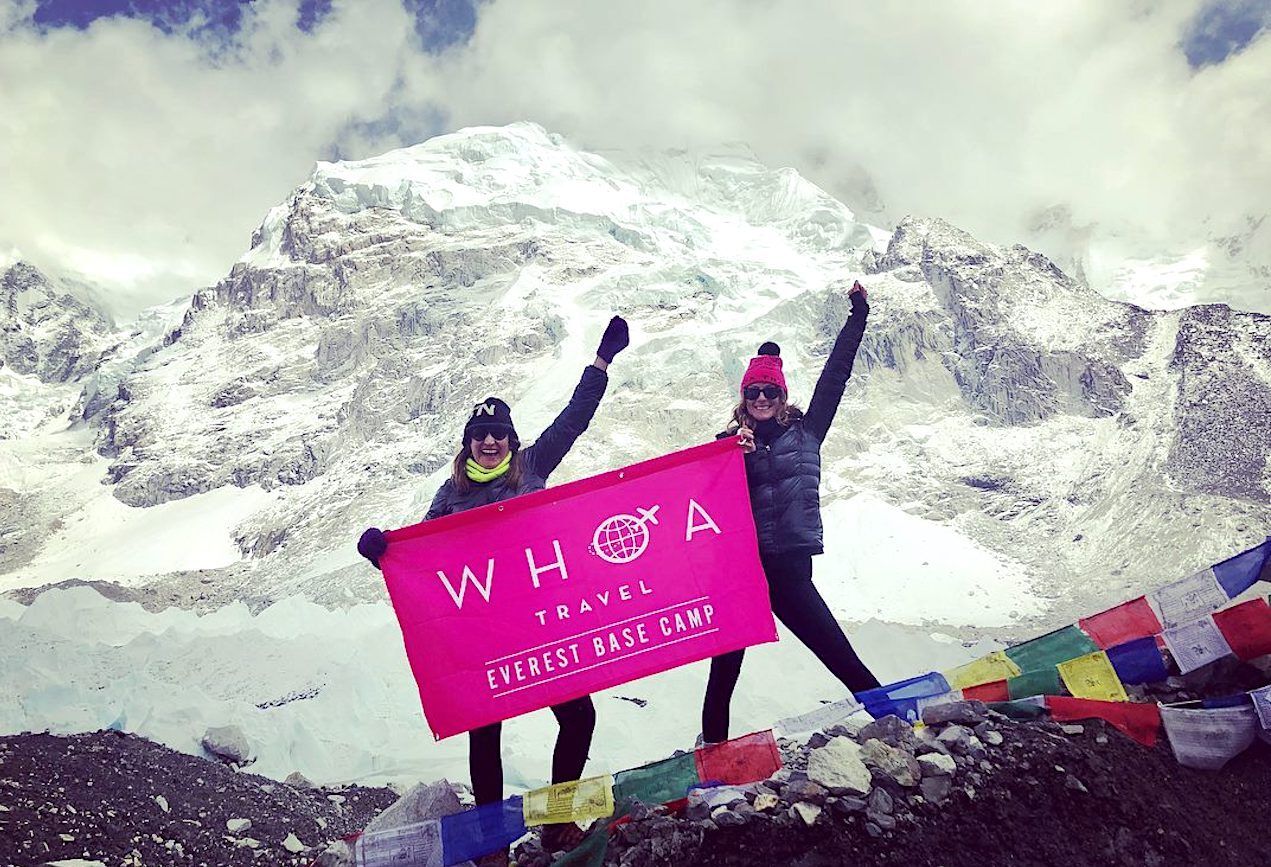 Women High On Adventure (WHOA) prides itself on being an inclusive company that collaborates with female guides, women-run businesses, and grassroots organizations to empower both female travelers and local women in the destinations they visit. These destinations range from Patagonia and Peru to Iceland, Mongolia, and Mount Elbrus, the highest peak in Russia and Europe by extension at roughly 18,500 feet.

For even more elevation, travelers can summit all 19,000-plus feet of Mount Kilimanjaro, the tallest in Africa, or hike to Everest Base Camp, which rises just over 17,500 feet. Despite the height differential, Kilimanjaro takes seven days to climb on the Machame Route compared to the 12-day Everest trip, though travelers can tack on a two-day safari in Tanzania’s Tarangire National Park and Ngorongoro Crater. Those with their sights set way up in the Himalayas can hike happy, if winded at times, knowing that their trek helps train female mountain guides from the Batase village through WHOA’s partnership with Take on Nepal. 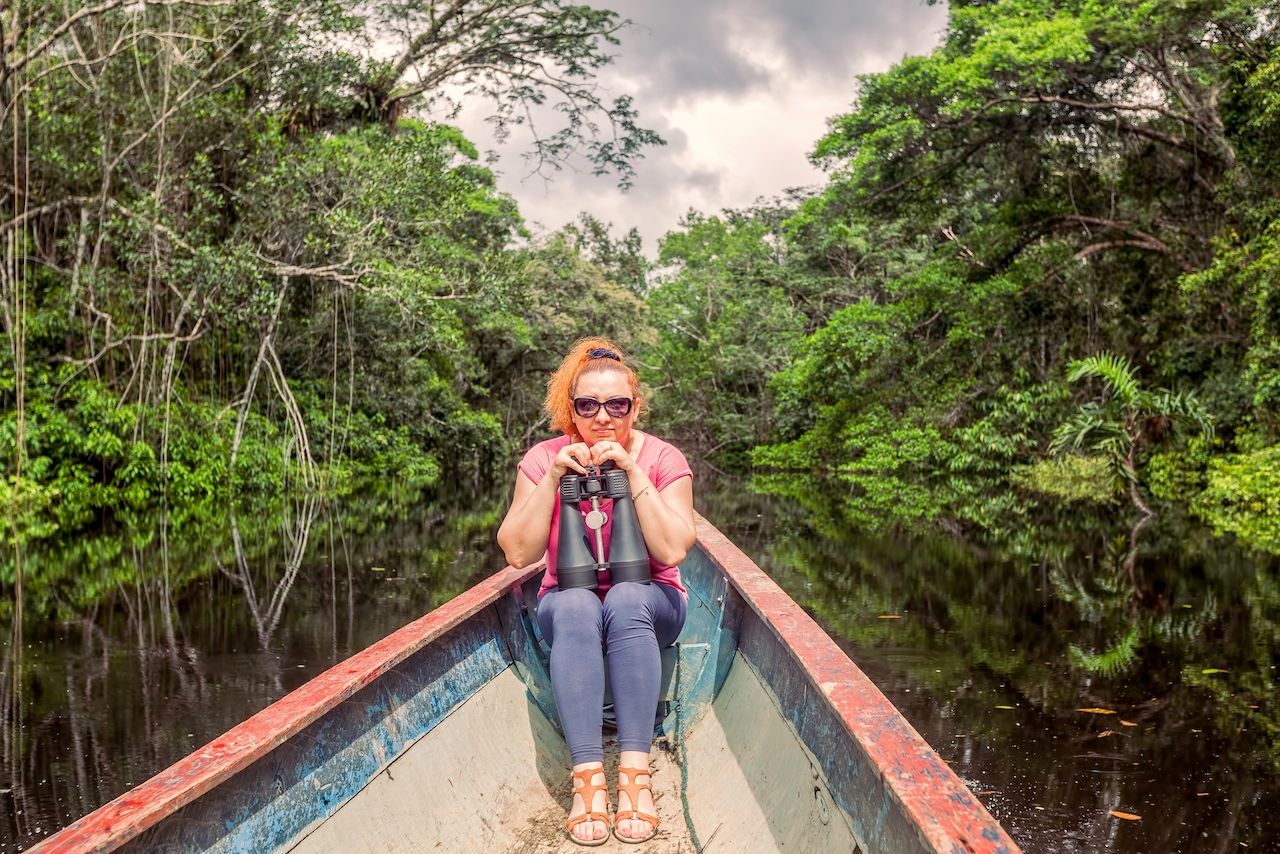 Adventures in Good Company (AGC) stages trips in over 100 destinations for small groups of diverse women whose ages and abilities vary but whose love of the outdoors is shared. Some itineraries target specific activities, such as hiking and kayaking in Greenland or mixed water sports in Panama, while others serve up multisport adventures from New Zealand to Norway.

On AGC’s dynamic rainforest trip in Ecuador, travelers will canoe down the Amazon River and trek deep in the jungle, learning as much about the local biodiversity as they do the Indigenous peoples who call the unspoiled lowlands home. Over six days, the women on this trip will experience everything from birdwatching and using blowpipes to getting lessons in medicinal plants and fishing for piranha. In between, expect plenty of hiking to get up-close and personal with the terrain, as well as your fellow travelers.

5. Book a winter adventure in Iceland with REI 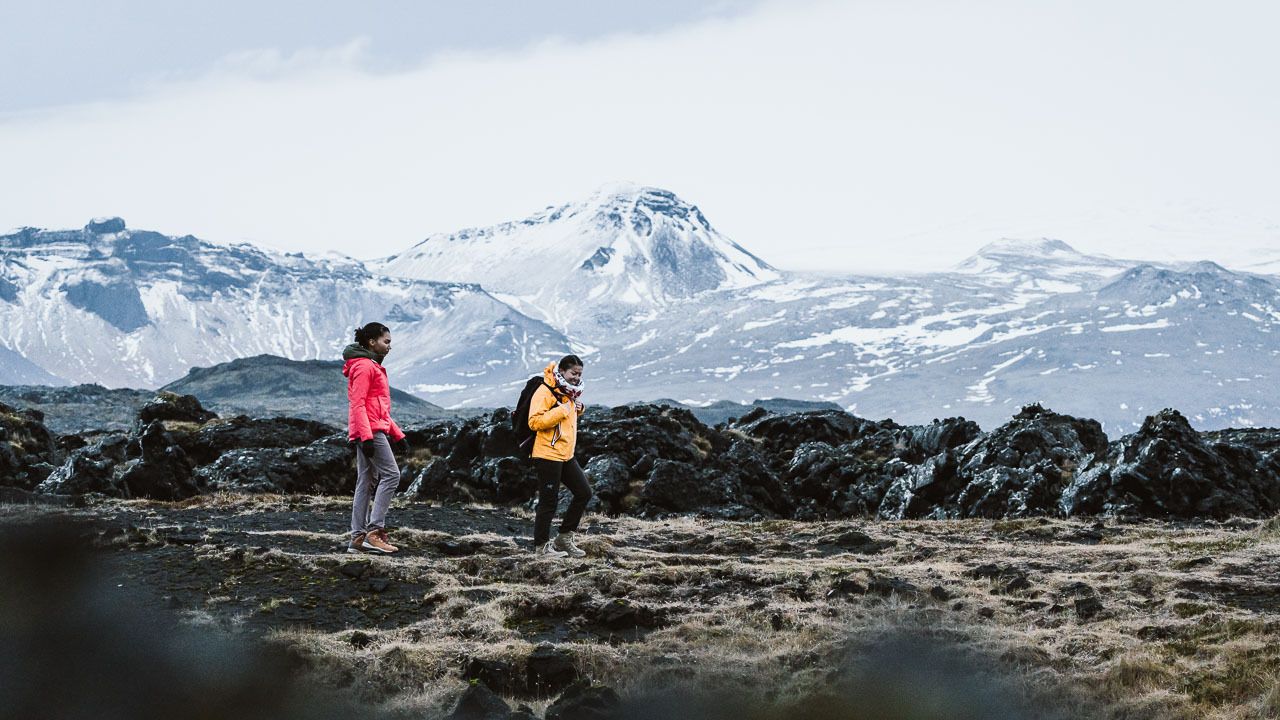 REI is more than just an outdoor adventure retailer. It also hosts actual outdoor adventures, some of which are designed exclusively for women. While the majority of these trips traverse the United States’ most iconic wilderness, some take travelers internationally, from Croatia to Peru. Among the newer offerings is the Iceland Winter Women’s Adventure, which spans seven days of rugged landscapes including lava fields and glaciers. The itinerary covers all the travel hotspots, literally in the case of the geothermal Blue Lagoon, though it focuses on snowshoeing and hiking, with crampons where necessary. Not only guided by women, the trip also connects travelers with female artisans and brewmasters, so you can count on at least a little downtime.

6. Do Mongolia on horseback with Wild Women Expeditions 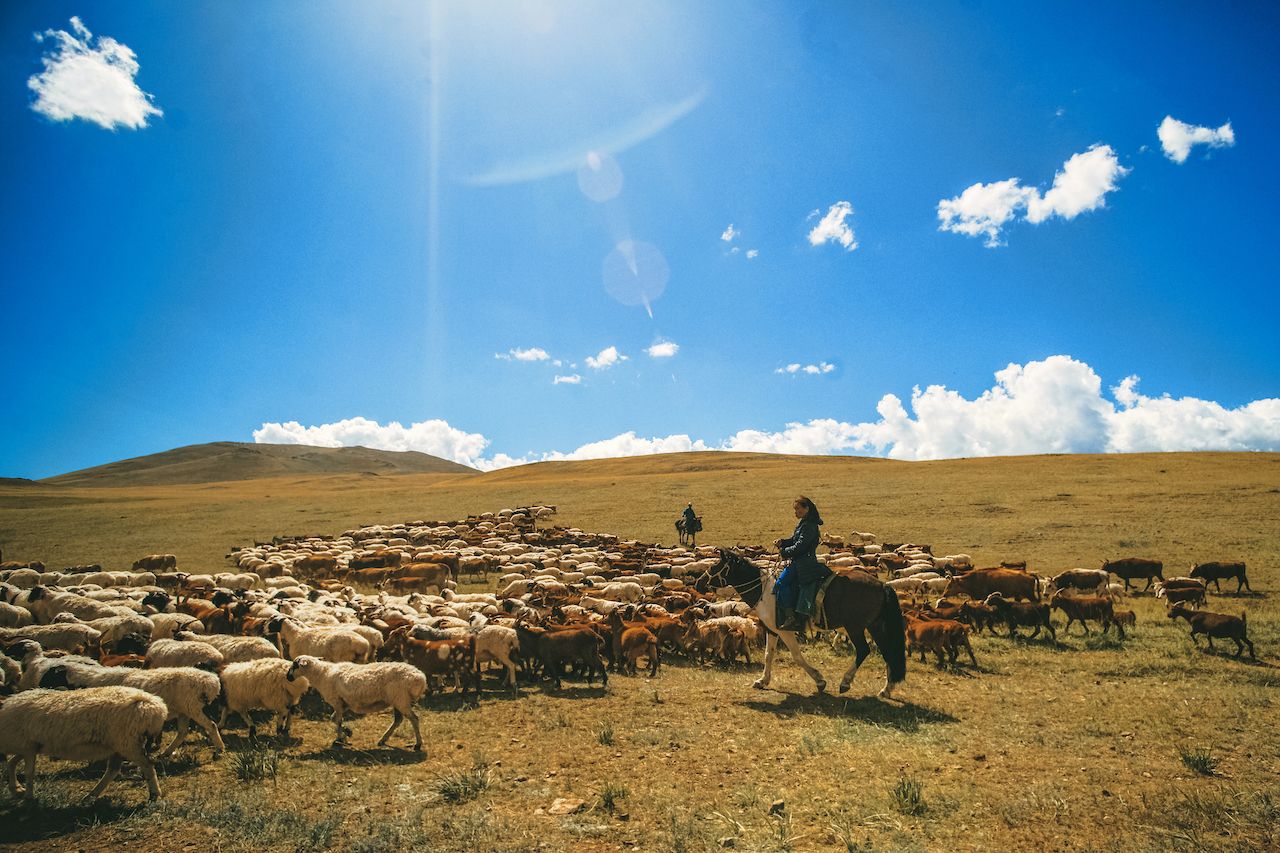 Wild Women Expeditions (WWE) is all about the outdoors, both exploring it and protecting it. In addition to embracing conservation efforts, WWE works with women’s rights, female empowerment, and social justice organizations as part of its larger mission to connect women of all ages, identities, backgrounds, and abilities with the natural world and one another. Oh, and it hosts excursions on every continent except Antarctica.

One standout takes place on horseback: a two-week trip to Mongolia’s Orkhon Valley where nomadic breeders set up camp during summer. (WWE also offers a Patagonian Cordillera horseback riding adventure.) The breadth of landscapes in central Mongolia’s Naiman Nuur National Park alone will take your breath away, from waterfalls to woods to wide-open steppes. Hot springs and desert dunes sweeten the deal. Better still, travelers stay immersed in nature with overnights in yurts, ecolodges, and even a homestay with local nomads. 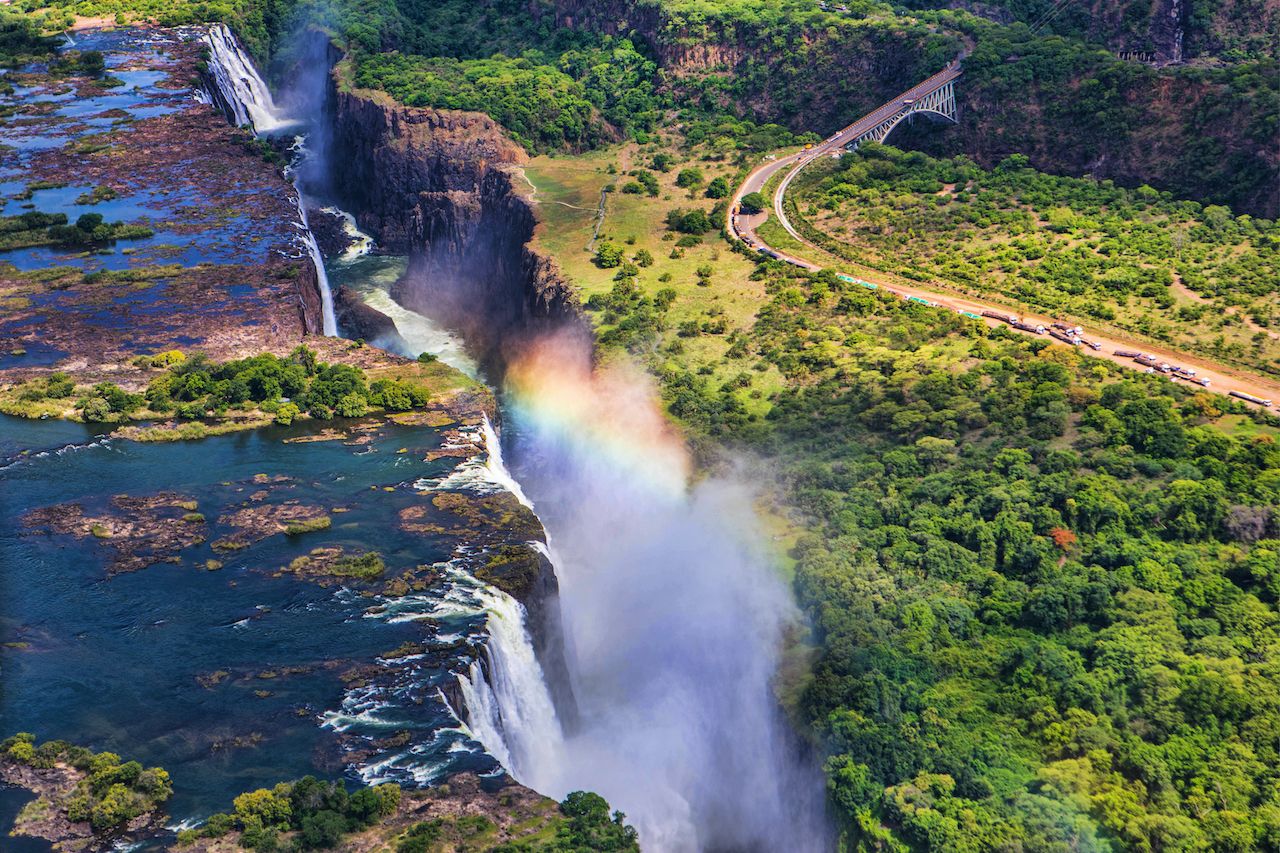 Visiting Namibia, Botswana, and Zimbabwe is exhilarating enough, but sweeping Southern Africa while straddling a BMW motorcycle adds a whole new layer of excitement. Set for 2022, this whirlwind tour covers roughly 2,000 miles of rural roads. It takes 15 days, beginning and ending in the Namibian capital of Windhoek. In between, riders will follow the Trans-Kalahari Highway toward the Botswana border, spending an evening with the Sano tribe; cruise through the desert en route to the Okavango Delta; squeeze in a quick safari; and hit all the major natural highlights, including the Makgadikgadi Salt Pans, Victoria Falls, the Chobe and Zambezi rivers, and Etosha National Park. Relatively accessible for motorcyclists of varying experience, this trip is recommended for riders with over 10,000 miles under their belt.

Female Travel9 Incredible Women Who Are Revolutionizing the Travel Industry
Tagged
Parks + Wilderness Female Travel
What did you think of this story?
Meh
Good
Awesome

7 Epic Winter Vacations To Take With Your Girlfriends