Animal tourism is dicey, to say the least. While getting out in nature and appreciating wild animals in their natural habitat is all well and good, other practices like elephant rides, tiger encounters and even zoos have come under fire in recent years, causing many to shun the practice of using animals as a tourist attraction. In 2019, TripAdvisor announced it would no longer sell tickets to attractions that breed animals in captivity, affecting places that offer dolphin riding and even SeaWorld. Airbnb did the same, launching Animal Experiences with a focus on ethical practices.

We hope you love the ethical Airbnb animal experiences we recommend! Just so you know, Matador may collect a small commission from the links on this page if you decide to book a stay. Listed prices are accurate as of the time of publication.

The activities encourage people to spend time with animals in a sustainable, cruelty-free way. All of the experiences were reviewed by the World Animal Protection organization, and either actively help or do not disrupt the animals in any way. The majority of the interactive experiences are with domesticated animals, like dogs or sheep, and the more exotic wildlife involves appreciating them from afar. Here are 11 animal experiences on Airbnb worth checking out. 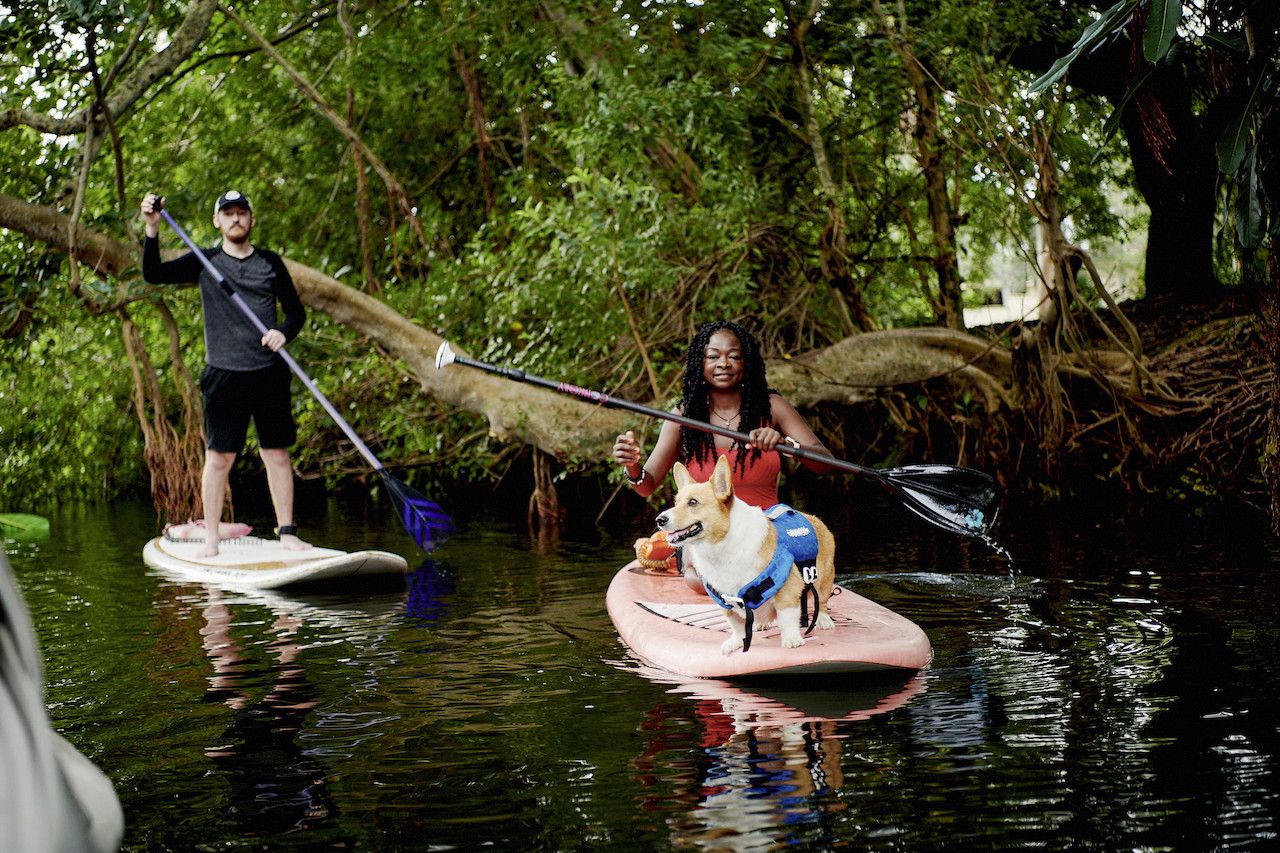 The opulent mansions and over-the-top yachts of Ft. Lauderdale’s canals are some of the city’s best sites. And they’re best viewed not from a motorized tour boat but from a tranquil stand-up paddleboard helmed by Mr. Beaches, an adorable Welsh Corgi. Lacking arms or the ability to speak, Mr. Beaches will delegate tour-guiding duty to Natasha Baker, who’ll take you through the waterways and keep on the lookout for manatees and dolphins, which sometimes swim through. 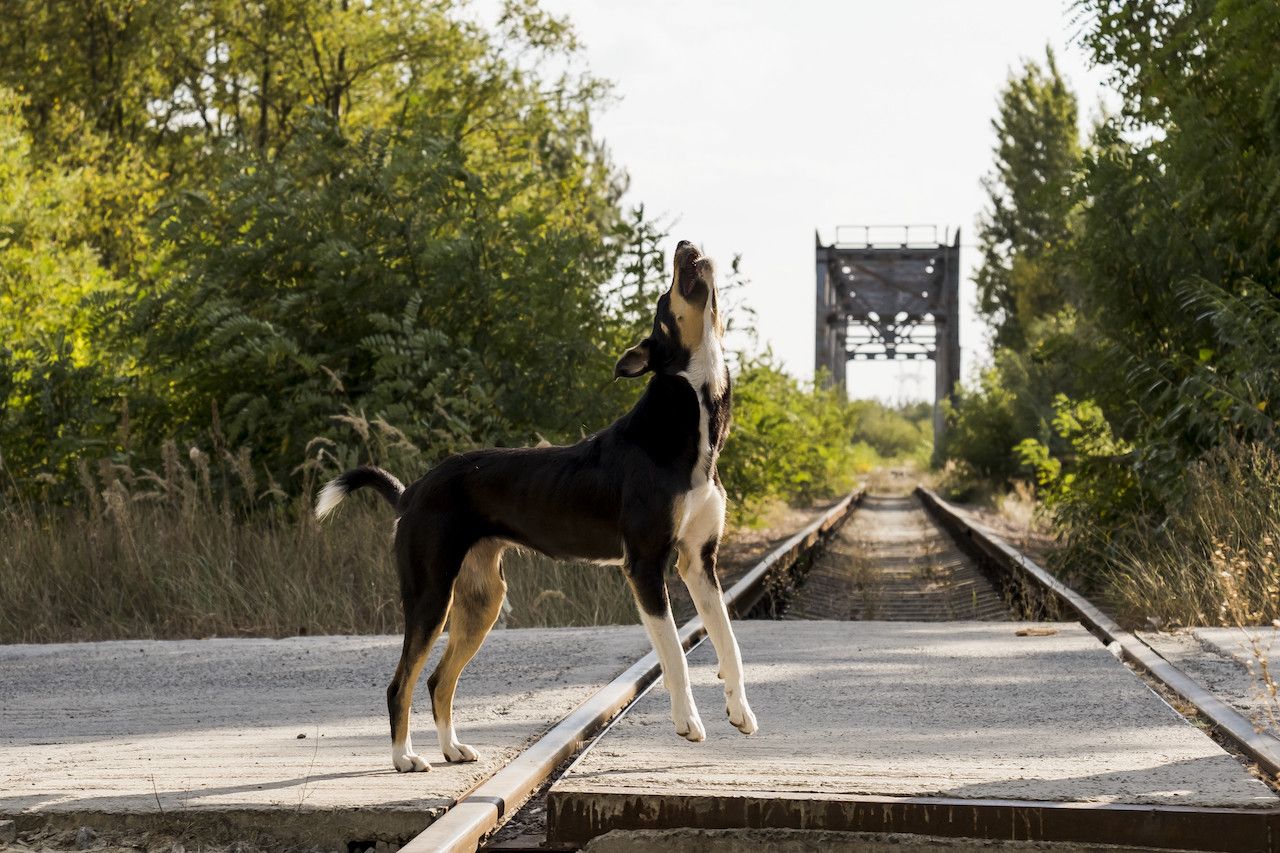 As television shows tend to do, Chernobyl has turned this onetime nuclear wasteland into a bona fide tourist destination. And though there’s been some controversy about this sort of disaster tourism, one way to see the site and contribute in a positive way is spending the day with Dogs of Chernobyl. This organization helps the descendants of the dogs who were left in the 30-mile Exclusion Zone after the disaster, giving them food and shelter in the tough Ukrainian winters. After assisting the dogs, you’ll then tour Pripyat, a city of 40,000 that was left completely empty after the meltdown in 1986. 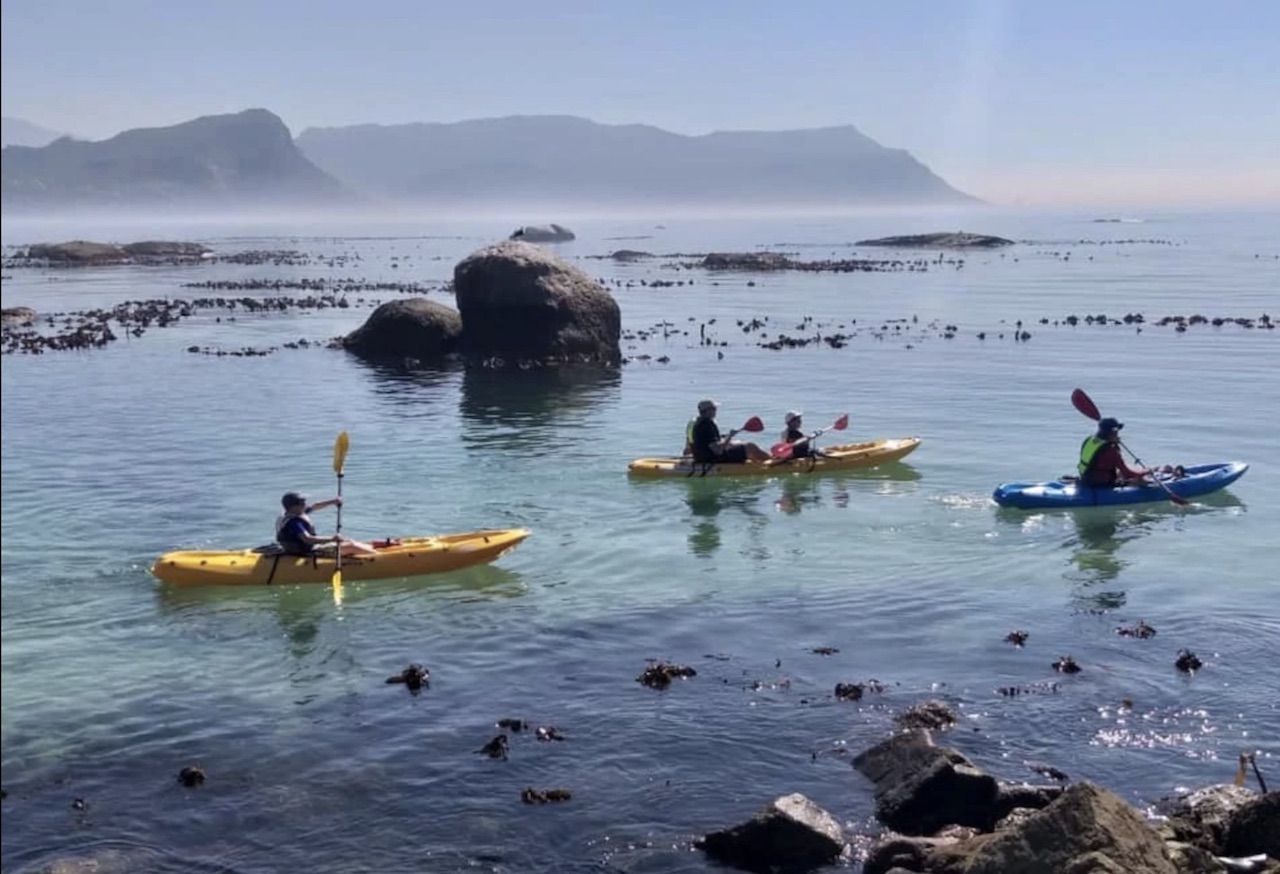 The famous African Penguins at Boulder Beach can sometimes turn into the sort of over-touristed attraction that makes you say, “Gosh, this looked so much nicer on Instagram.” Avoid the crowded boardwalk and see the penguins from the water, paddling by in a sea kayak instead. Your guides Terry and Jon are “qualified Marine Conservationists” who’ll teach you all about the penguins before heading to Windmill Beach for some sun time. Then it’s off to Ark rock to observe fur seals frolicking in the water before heading back and learning a lesson about sharks. Hopefully not first hand. 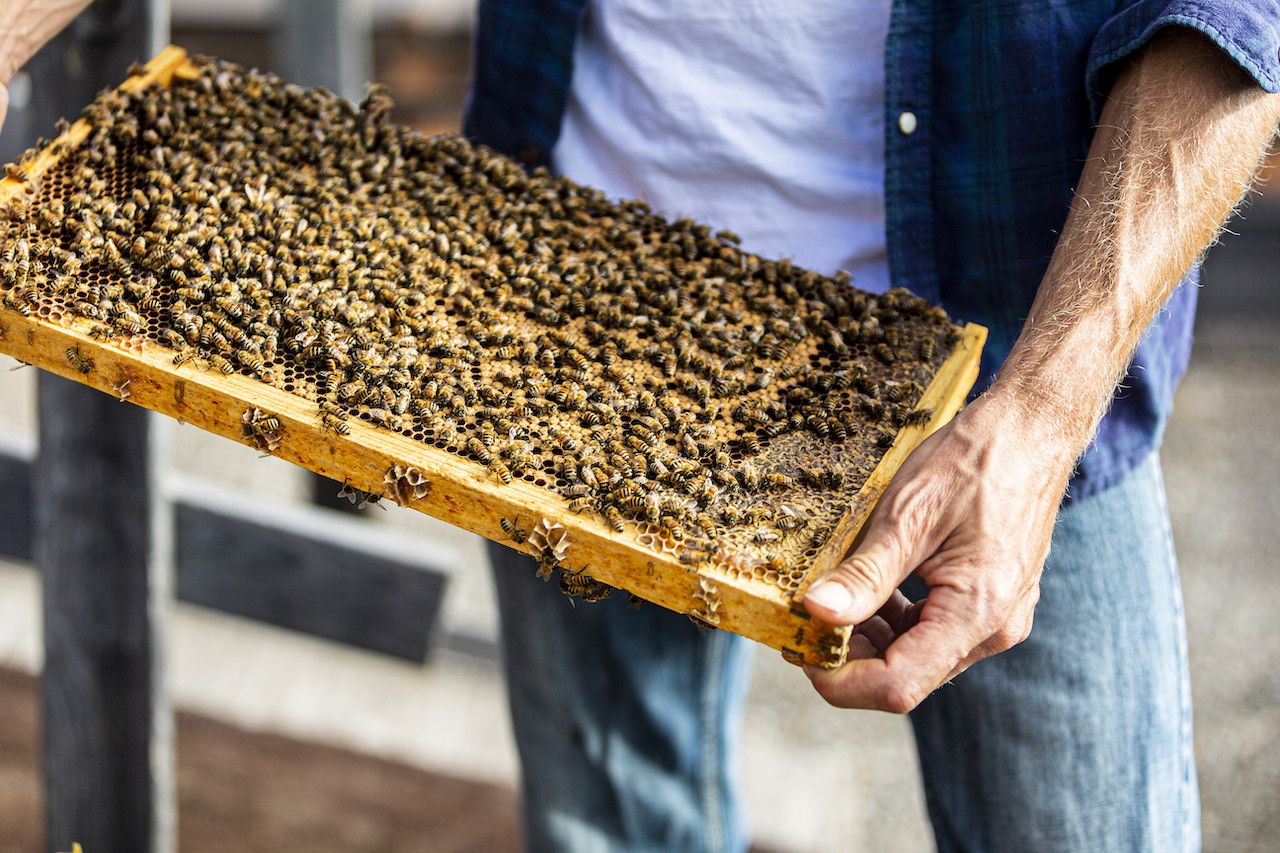 We all know the importance of bees in our ecosystem and the massive threat they’re currently facing, correct? Well, so do these Hamilton beekeepers, who’ve cultivated a rooftop hive to help keep pollination healthy in Ontario. Luc will give you a tour of his hive (which also happens to have sweeping views of the city) and explain how bees work together, as well as delve deep into their importance for human existence. At the end, you’ll leave with a jar of fresh honey, and yes, you will get protective clothing. 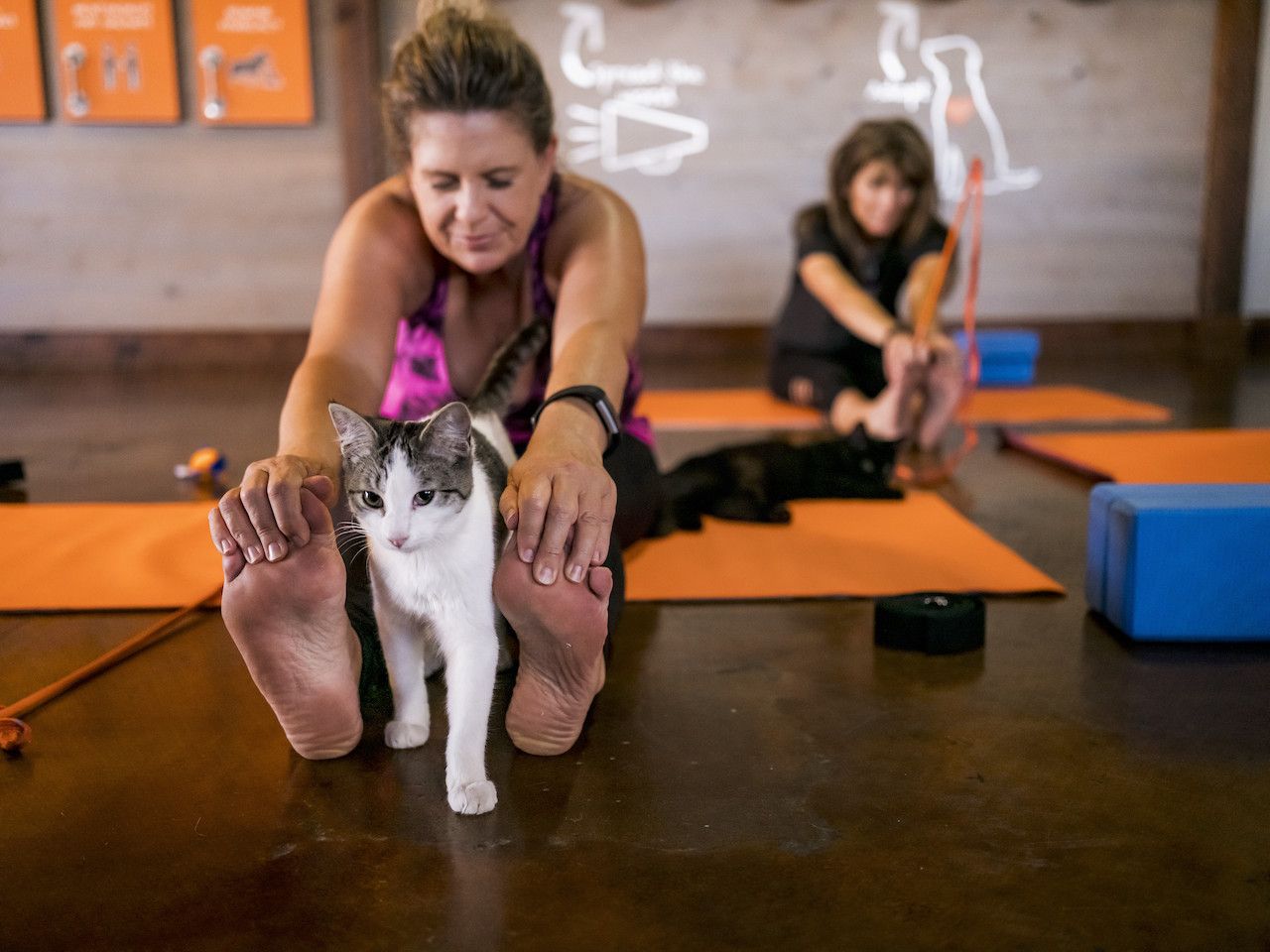 Goat yoga sounds like a novel idea until you realize it involves spending an hour listening to and smelling goats. You know what’s, like, 10 million times cuter? Kitten yoga. Yep, that’s right, after a brief 20-minute intro you’ll head into a full-on yoga class with Jessica and Wendy, who lead you through an hour of poses while the kittens roam free. After, you can grab yourself a tea, coffee, or new feline friend, as the Best Friends Animal Society will be on hand to help you with adoptions.

6. Picnic with a pig — Danville, California 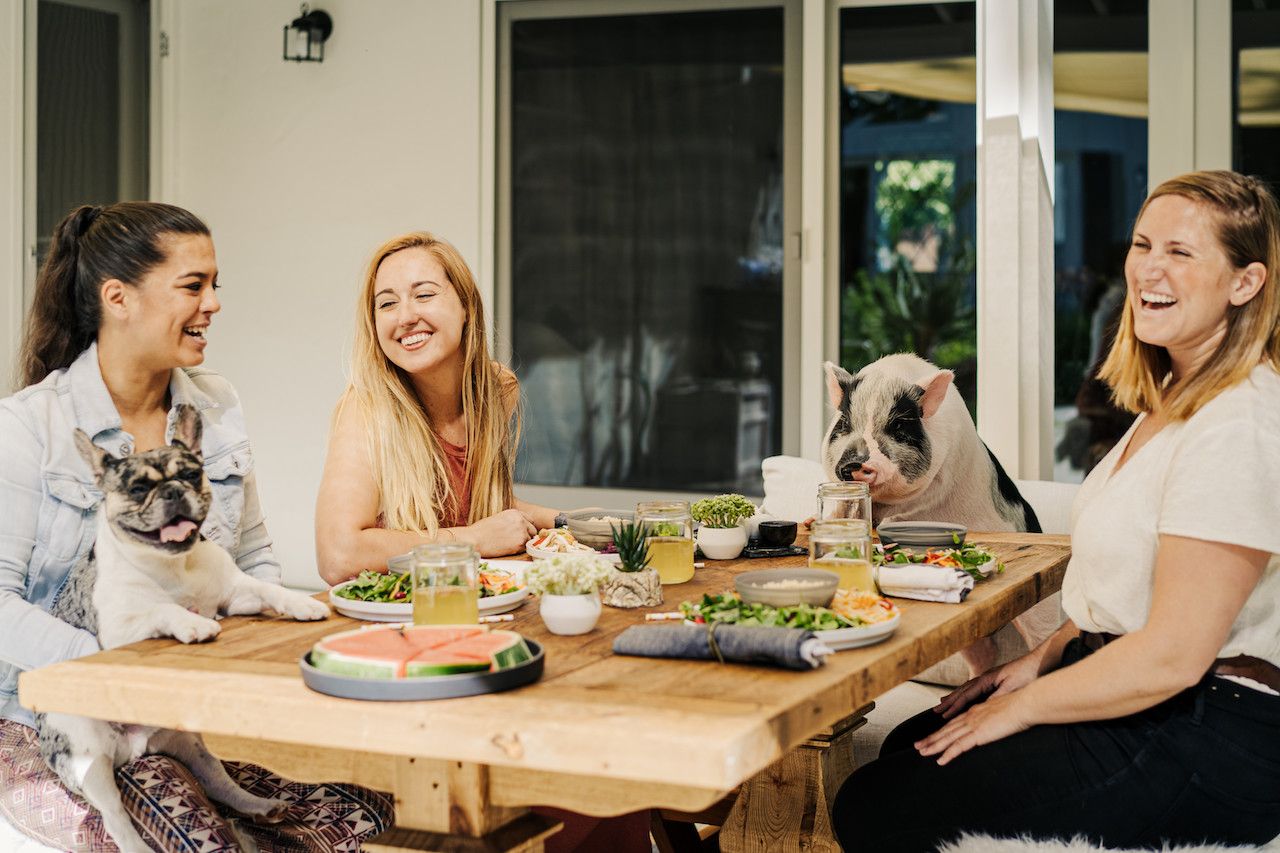 Initially, a pig might not seem like the ideal picnic mate, given their reputation for, ya know, being pigs. But you have not met Pickles, an adorable farm rescue who lives with Dill the Dog, animal rescuer Maddie, and some rescued chickens. Sounds a little like the first page of a children’s book, but it is in fact reality, one you’ll experience both at Maddie’s rescue home near Oakland and in a nearby dog park. At the park, you’ll watch pickles play gleefully with local dogs while you enjoy a gourmet picnic. And ultimately learn how smart and friendly pigs truly are.

7. Chill out with alpacas — Denver, Colorado 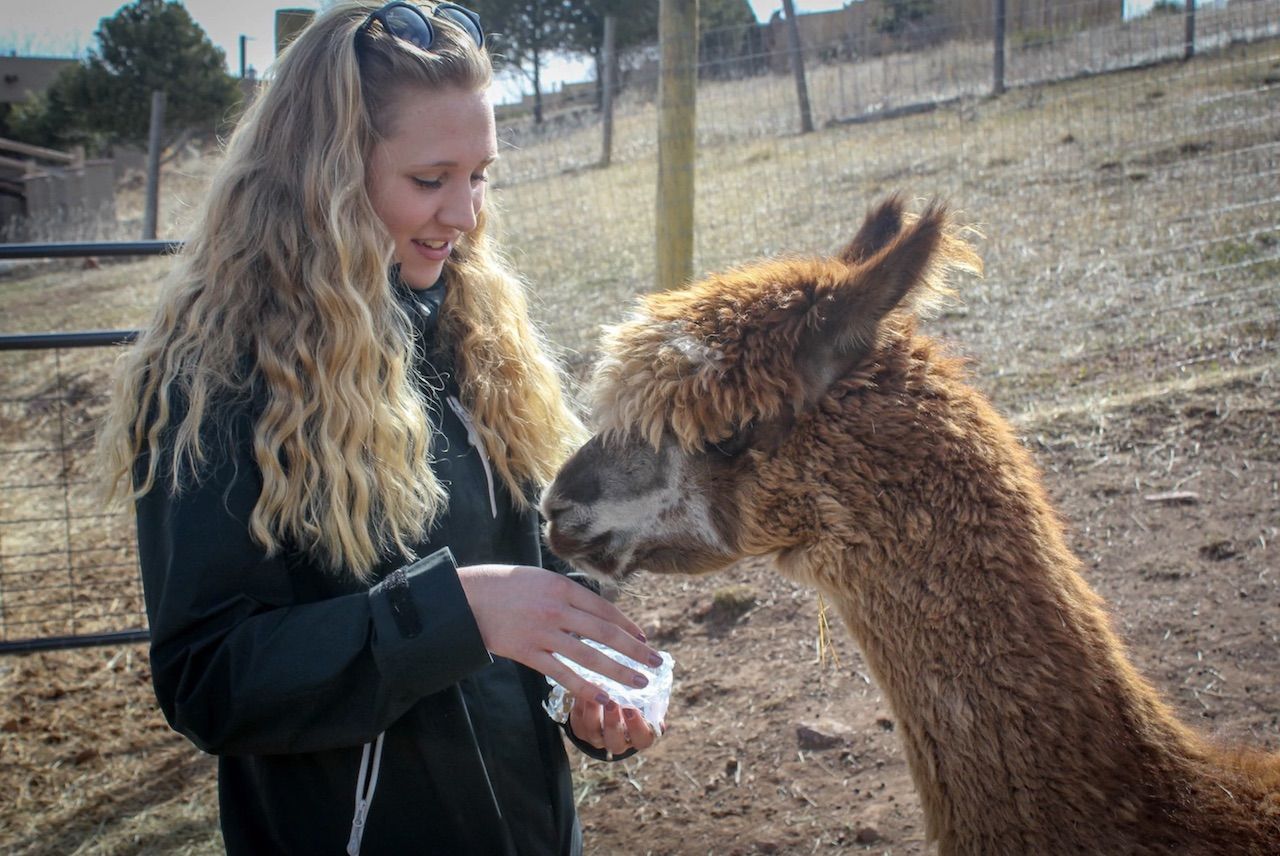 No need to travel all the way to Peru for some winter fun with alpacas! Joseph will take you on a tour of his farm near Denver, where you’ll meet Picasso, Lawrence, Alan, Red Rocks, Gus and Woody, and have ample time to pet, play and take pictures with all of them. The farm also has a herd of goats, who you’ll get to play with, as well as several scenic walking trails perfect for enjoying the snow-capped winter scenery. 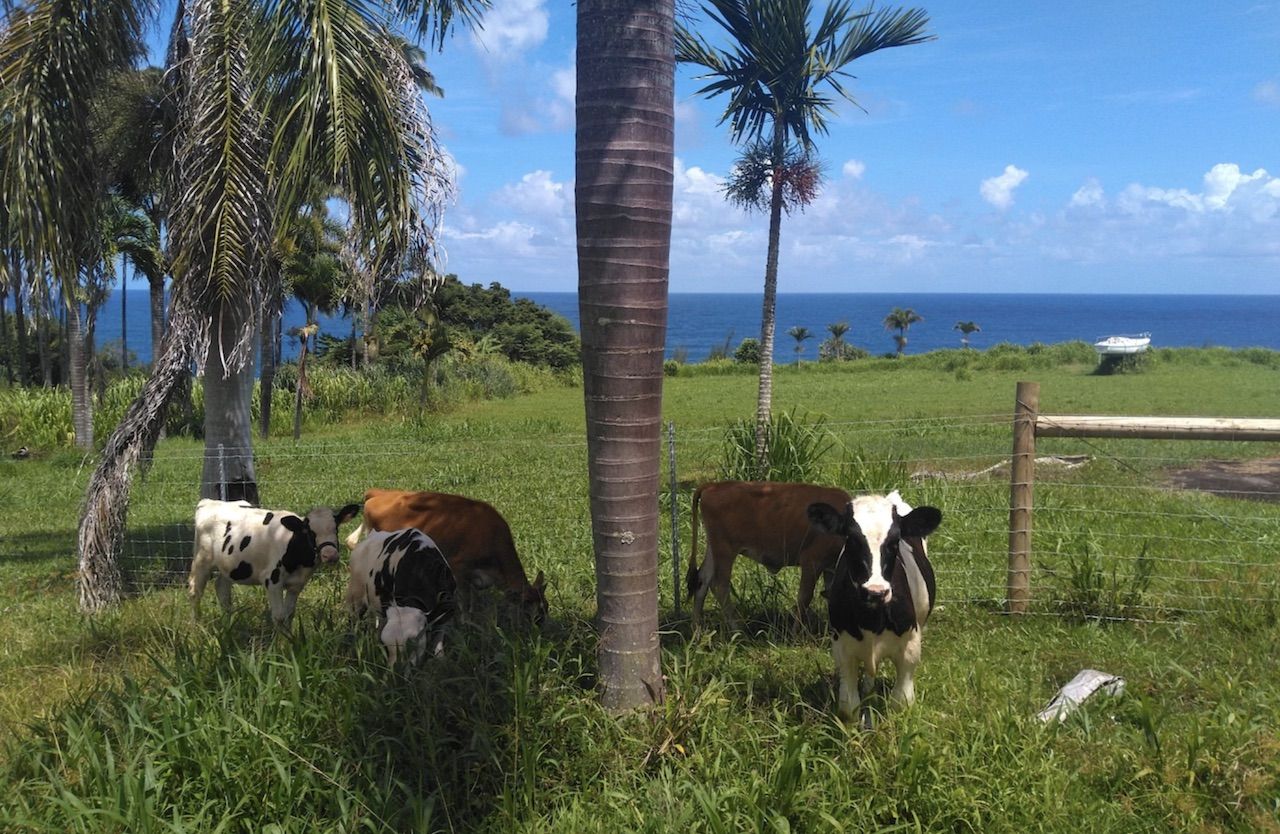 Most people don’t associate cows with Hawaii, but on the most naturally diverse island in America you’ll find the Krishna Cow Sanctuary, where James will teach you about cows and how they are beneficial for the environment. After grooming, feeding, and milking the cows, you’ll get a chance to try cow cuddling therapy, whereas the name might imply you nuzzle up to a cow and let its soothing breath relax you. Perhaps not the way you’d imagined de-stressing on your Hawaiian vacation, but a truly unique experience nonetheless. 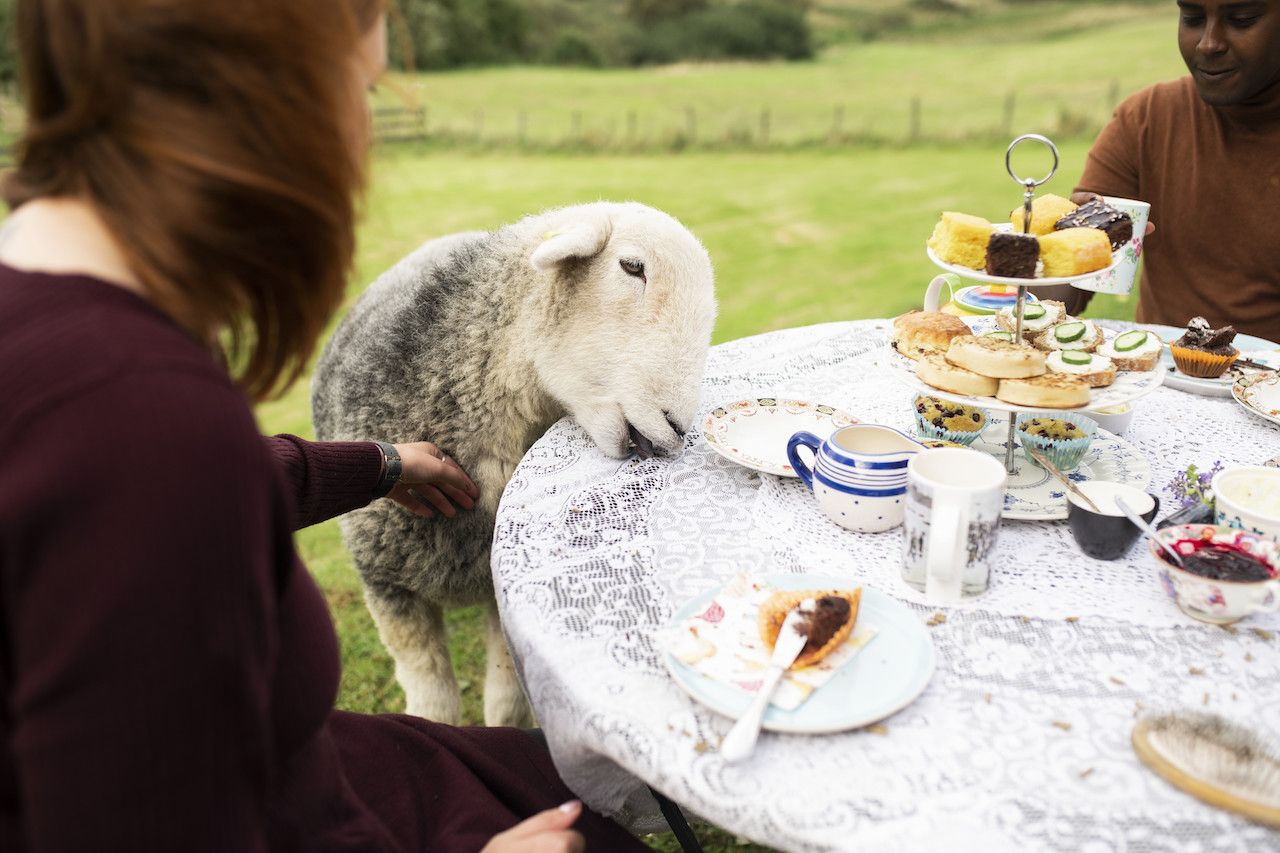 On its surface, “stroking naughty sheep” sounds like a movie buried deep on the internet you probably don’t want to watch. But this activity is far more wholesome, where you’ll relax for high tea on an English farm, enjoying fine cakes while sheep hover around like dogs waiting for you to drop your dinner. The “naughty” part comes when the sheep try to eat your tea snacks right off the table. You’re welcome to tell them no, since at the end of the experience you walk them back to their barn, feed them tea, and pet them goodbye. After, take the hour-long optional walk through thick forest and on to a pub.

10. Save gibbons as a jungle research assistant — Phuket, Thailand 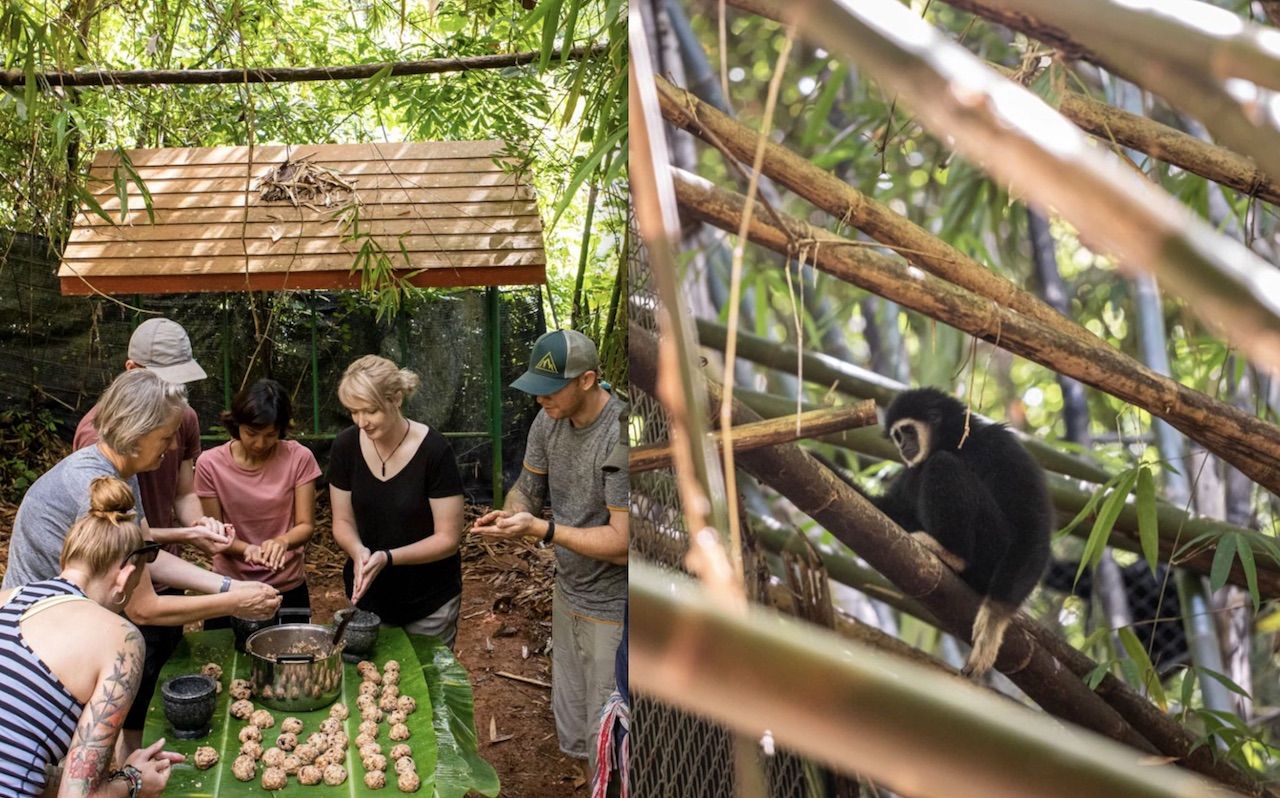 Gibbons, the fluffy little primates nearly hunted to extinction 40 years ago, have made a mildly impressive comeback in the jungles of Thailand. You’ll spend the day with the Wild Animal Rescue Foundation of Thailand helping gibbons recover further, making a special nutritional supplement wrap in a banana leaf, and sending it to them via long-distance tube. After feeding time, you’ll become a full-fledged research assistant, helping your host as he tracks gibbons through the jungle, telling stories along the way. In addition to seeing gibbons, you also may encounter flying lemurs, Oriental pied hornbills, and golden orb-weaver spiders. 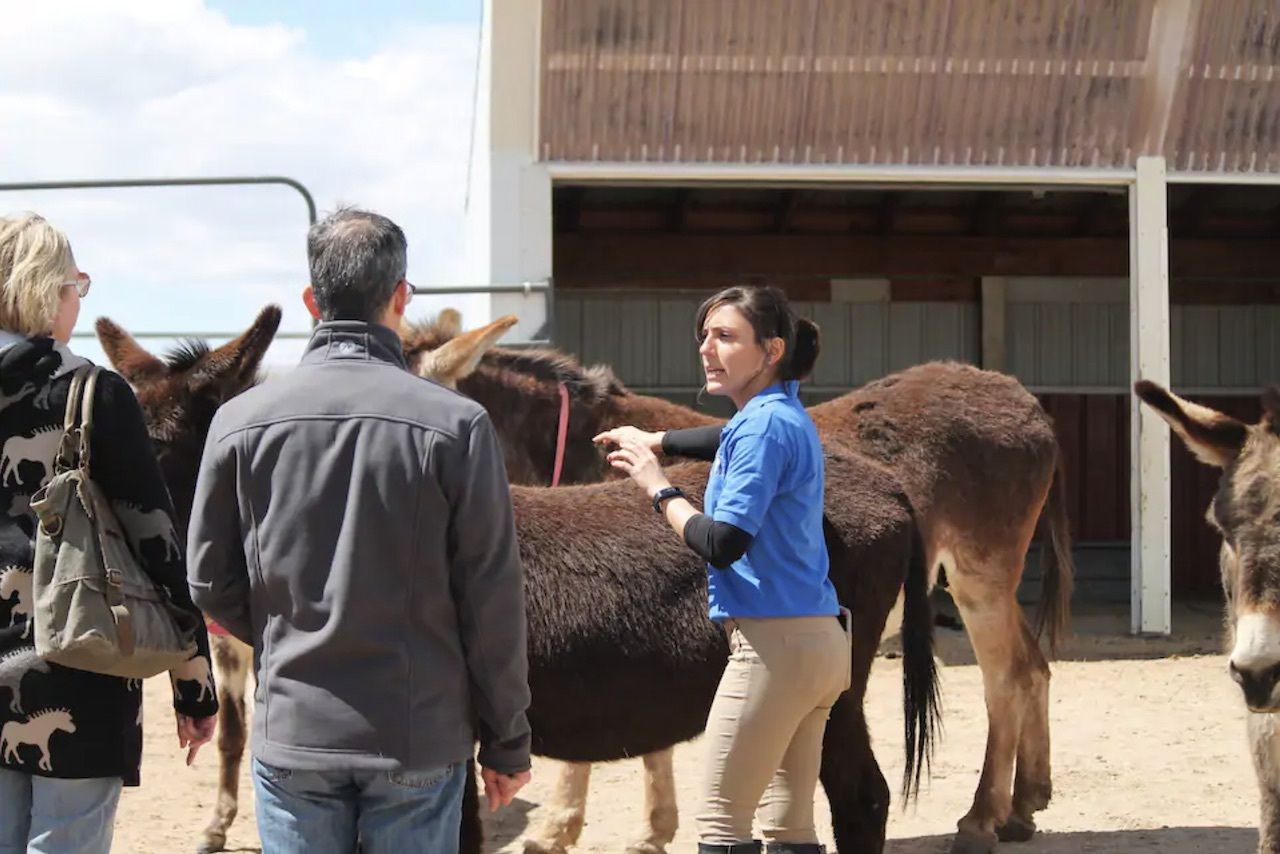 A far cry from carrying Sancho Panza across the Spanish countryside, these rescue mules spend their days enjoying the sunshine in Bennett, Colorado. This two-hour experience puts you up close with the donkeys to learn about their rehab efforts from health to diet to recreation. The host promises the ability to kiss the donkeys, so be ready to get up close and personal with the country’s longest-running non-profit donkey rescue organization.

A version of this article was previously published on October 8, 2019, and was updated on April 21, 2021, with more information.

Epic Stays11 Hotels Where You Can Ethically Play With Animals
Tagged
Travel Wildlife
What did you think of this story?
Meh
Good
Awesome

This Luxury Lodge in Kruger National Park Is One of Africa’s Best Safari Destinations
California Has 280 State Parks. These Are the 10 Most Beautiful To Visit.
Patagonia Baggies Review: I Finally Tried the Cult-Favorite Shorts, and I Get the Hype.
You Can Take an Easy Day Trip To the Bahamas on This Florida Ferry
The Best Beach Camping in California, From NorCal Wine Country To SoCal Surf Beaches