The following map shows the country that hosts the largest immigrant population from each given country, i.e. emigrants’ favourite destinations. 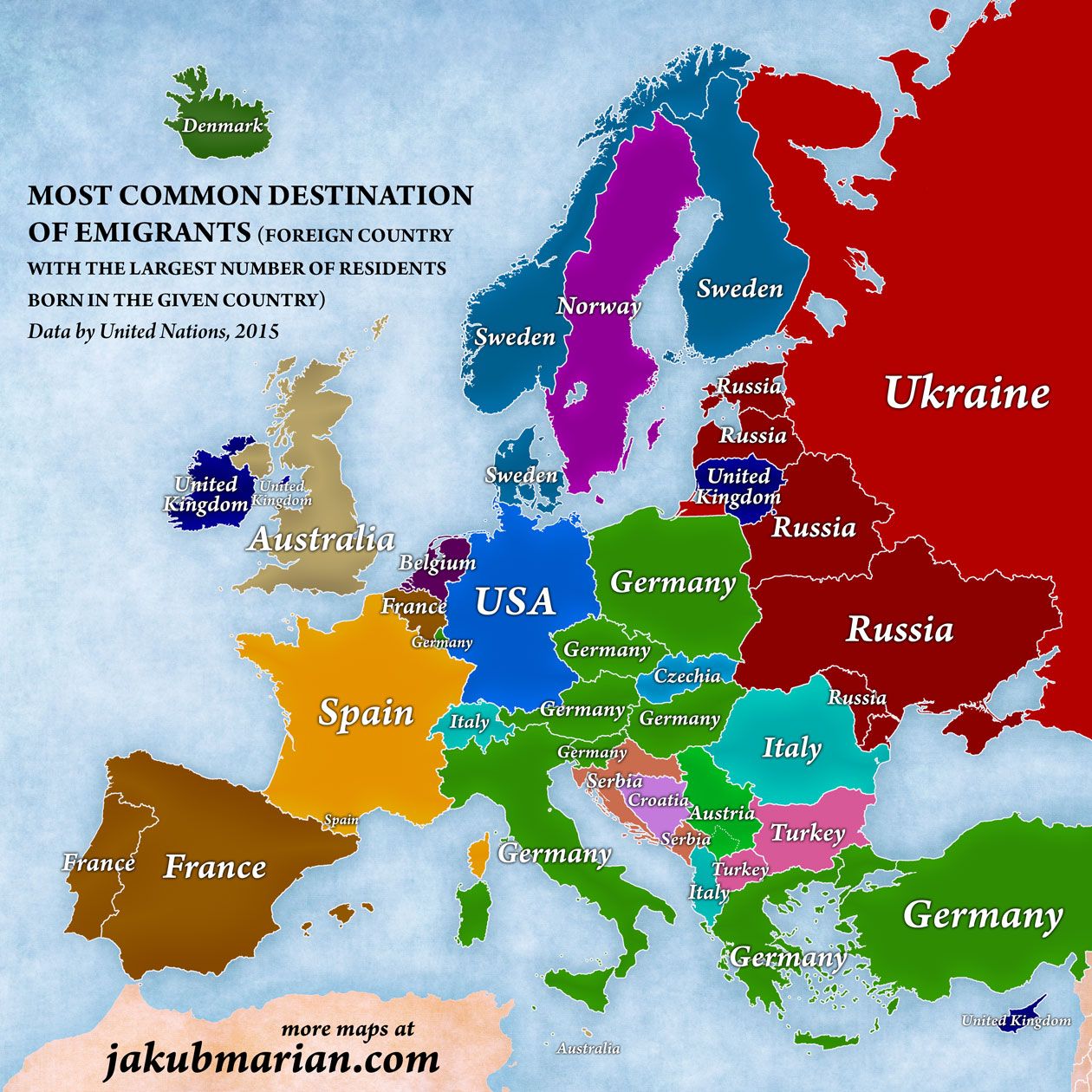 Some of the most unexpected results include Malta, whose emigrant population’s most common destination is Australia, and Romania, whose expat population mostly live in Italy.

As Marian explains, because the UN data are based on place of birth and not citizenship or ethnicity, some results that may seem surprising at first, make sense in the light of this piece of information.
The figures for Estonia and Latvia, for example, can be explained by the fact that both countries have large Russian minorities who seem to be moving “back”, rather than ethnic Estonians and Latvians emigrating to Russia. If emigrants to Russia are excluded from the data, Estonians emigrate mostly to Finland, while Latvians mostly move to the United Kingdom.
The same trend can be observed in the Balkan Peninsula where a majority of Croatia’s and Montenegro’s emigrants (likely ethnic Serbs) settles in neighbouring Serbia.

The map below shows the number of people who emigrated from a given country, as a percentage of its population in 2015. 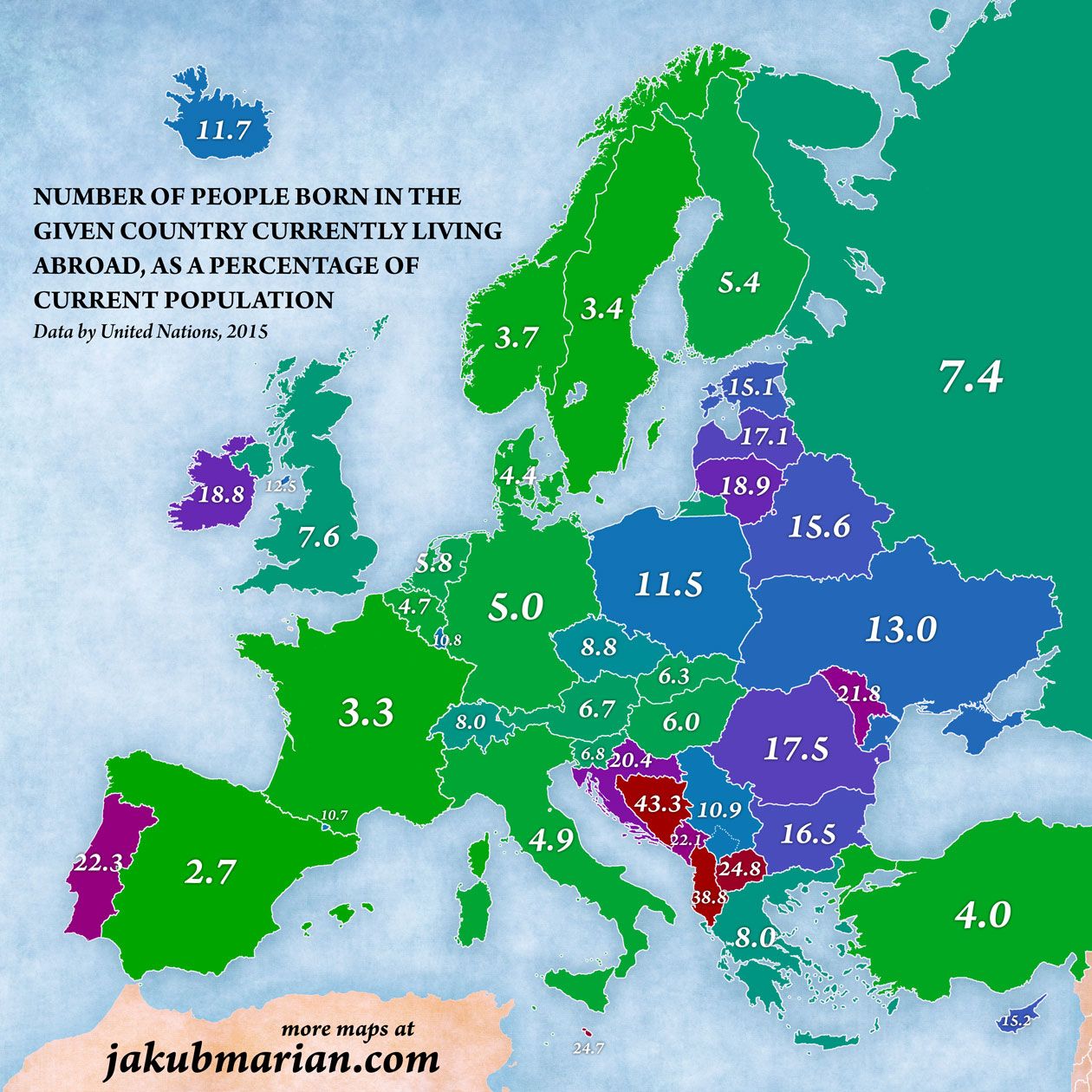 Some of these numbers may seem high but take notes that emigration can be balanced by high birth rate or immigration. In the case of Ireland, even with a massive 81,900 people leaving the country in 2014, the country still had the third fastest growing population in Europe over the previous 10 years, explains The Independent.

As previously explained, the high figures for the countries in the Balkan Peninsula, are largely related to the movement of ethnic minorities.

Tell us more about your story: Where were you born and where do you live now?