In A Simple Art, Shizuo Tsuji’s treatise on Japanese cooking, the author writes, “Japanese cuisine is deceptively simple, its ingredients are but two: a rather delicate stock (dashi) made from konbu (giant kelp) and flakes of dried bonito, and shoyu, Japanese soy sauce.”

In 2013, Japanese cuisine was designated as an intangible element of Japan’s cultural heritage by UNESCO. Today, Japanese cuisine inspires menus the world over, and restaurants serving Japanese food are some of the most highly regarded places. Seldom do people think of it as simplistic. But that, in fact, is its essence. To understand the roots of this simplicity, one needs to look no further than Japan’s traditional styles of eating: kaiseki and shojin ryori.

Kaiseki ryori started in Japanese tea houses during the 16th century. The famous Buddhist monk turned Japanese tea master, Sen No Rikyu, insisted on a simple meal that remained true to the precepts of the tea ceremony: harmony with nature, the seasons, and oneself. The name comes from kaiseki (a warm stone that monks would place against their bellies to ward off hunger during times of food abstinence) and ryori (cuisine/cooking).

The original kaiseki ryori philosophy — a basic meal that staves off hunger — has slowly evolved over the last 500 years to align with modern appetites and aesthetic preferences. Japan’s aristocratic classes made a focus on presentation and choice of ingredients commonplace.

Today, kaiseki ryori is a multi-course meal that represents harmony between the eater and the eaten. Kaiseki chefs have creative control over the preparation of food, and each meal features a delicate balance between the texture and flavor of each dish and a focus on igniting all five senses. It’s an artistic dining experience that should feel like an unbroken symphony of subtle tastes dancing lightly across the tongue. Don’t expect bold flavors and powerful aromas in a kaiseki meal, the base ingredients will do the talking. Fresh and seasonal produce is of paramount importance: locally farmed fruit and vegetables, Pacific seafood trawled onto land the morning of service, or light herbs and flowers. 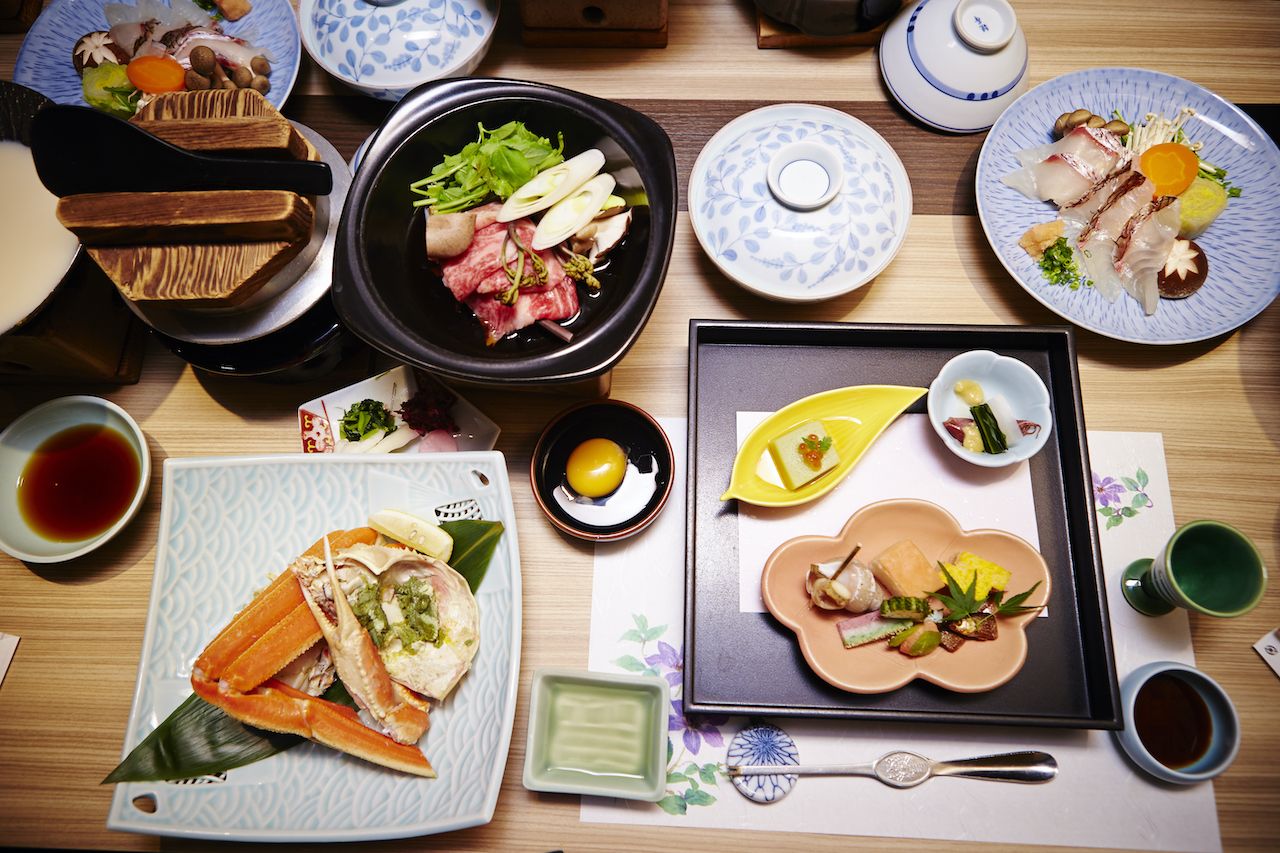 The number of courses in any given kaiseki meal varies, though there are several types of dish you’re likely to encounter:

Where to eat kaiseki ryori in Japan

A typical kaiseki meal will not involve all of the above, but double-figured courses are not uncommon. Combined with several flasks of sake, kaiseki will leave you satisfied. Yet there is one drawback to modern kaiseki: It has become inexorably intertwined with Japanese fine dining, and, as such, can cost a small fortune.

One of the best ways to avoid the lofty price tags is to stay in a ryokan (a traditional Japanese inn) where a kaiseki dinner is included in the price. Alternatively, you can opt to eat kaiseki at lunch rather than dinner. Many restaurants offer reduced lunch prices in places like Tokyo where there’s lots of restaurant competition. The fine dining restaurant Kozue in Shinjuku, for example, serves kaiseki-style lunch for a fraction of the price of its dinner menu. 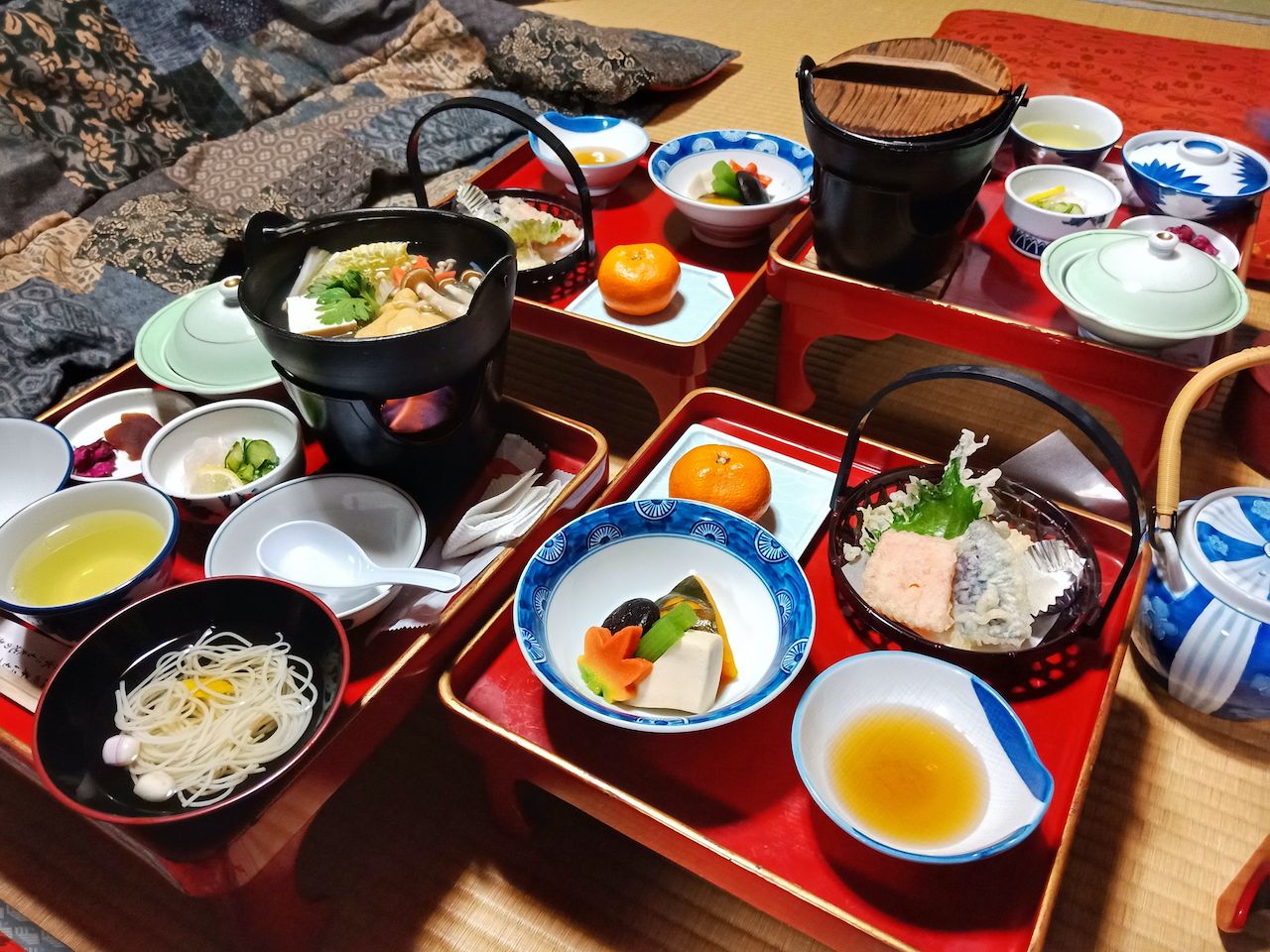 Shojin ryori is even more about minimalism and culinary austerity than kaiseki. Shojin ryori is a plant-based meal eaten as a form of self reflection (shojin means “to focus while going forward”). It started in 13th century Japan with the rise of Zen Buddhism. It’s still the favored dining style for Zen Buddhist monks in Japan, and is also popular with vegetarian and vegan travelers. 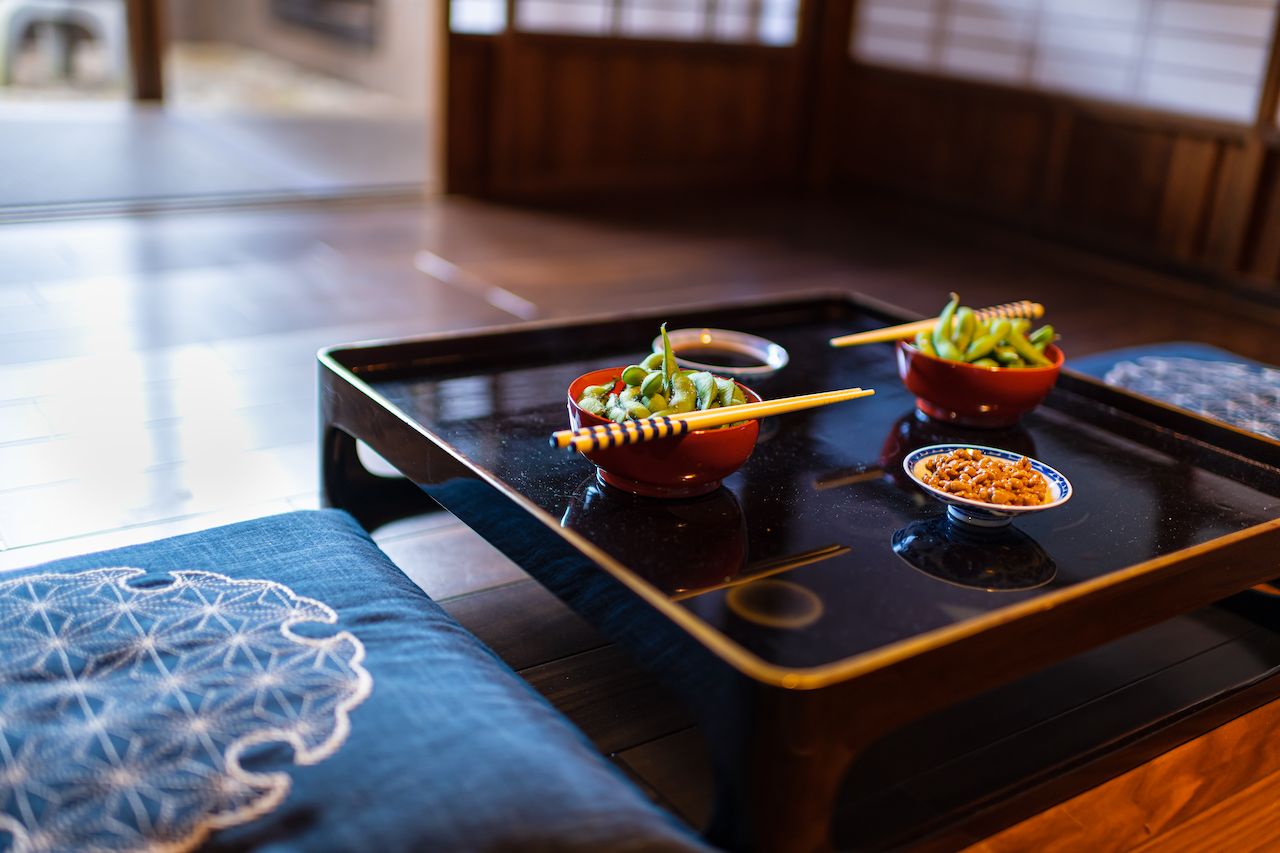 Many restaurants in Japan specialize in shojin cuisine, but it should be eaten at a Zen temple for the most authentic experience. Here, the meal is prepared in the traditional style by monks or nuns who have perfected the craft. In Kyoto, one of the heartlands of Japanese Zen Buddhism, guests have sampled shojin ryori from Nanzen-ji Temple for over 300 years. Zenko-ji Temple in Nagano is another one of Japan’s most important Buddhist structures, dating back to the seventh century. Restaurants serving shojin ryori can be found along the flanks of the old flagstone streets running up to the temple gate. Fuchinobo is one of the most popular.

Epic StaysStaying at a Ryokan Is a Must in Japan. Here’s What To Expect.
Tagged
Food + Drink Insider Guides Japan
What did you think of this story?
Meh
Good
Awesome