One of the most celebrated painters in history and a feminist icon, Frida Kahlo is an influential artist to many. The most popular place to see her work is at the Frida Kahlo Museum in Mexico, otherwise known as La Casa Azul or “The Blue House.” But to see her work in the United States, you typically have to chase down temporary exhibitions.

Thankfully, several exhibitions in the US will be displaying some of her most celebrated paintings this summer, including a massive one in Chicago called “Frida Kahlo: Timeless.” Here’s everything you need to know about the artist before you go check out her work, how to snag a ticket to the epic Chicago exhibit, and everywhere else you can admire her art in the US in 2021.

Who was Frida Kahlo? 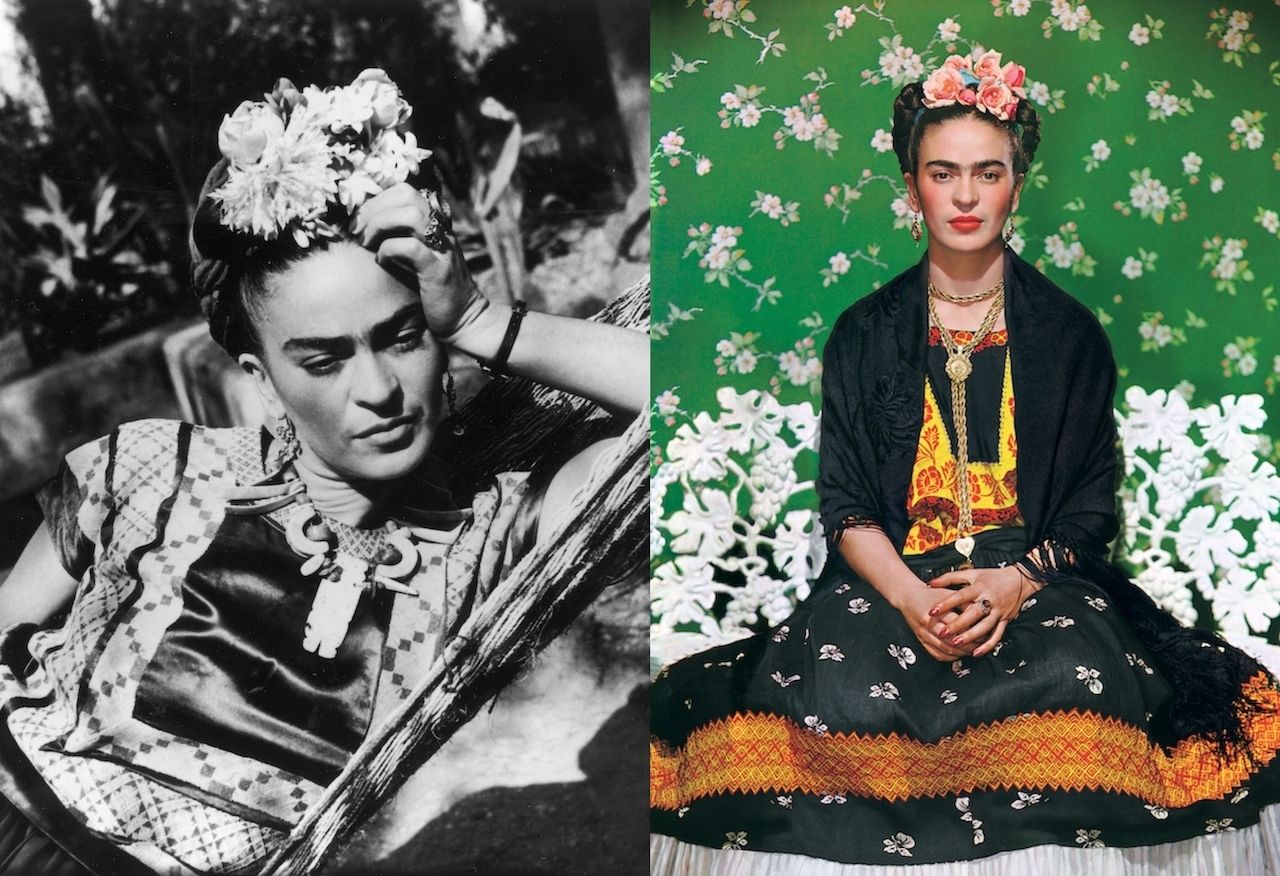 Frida Kahlo is a highly celebrated Mexican surrealist painter who lived during the first half of the 20th century (1907-1954). Poor health during her childhood and a tragic bus accident at the age of 18 led Kahlo to experience severe and life-long physical and emotional pain, recurrently depicted in her art. Famous for her self-portraits, such as “Henry Ford Hospital,” created in 1932, where she depicts her second miscarriage, and “The Two Fridas,” painted after her divorce in 1939, Kahlo did not hold back from painting the reality of her suffering with full-body casts, blood, nakedness, etc.

Kahlo’s marriage to famous Mexican painter Diego Rivera was as unusual as it was tumultuous and liberated for the times — they lived and worked apart; infidelity was commonplace; they separated several times; and the couple divorced (1939) and remarried (1940).

Kahlo’s eccentric style, now often imitated, was a celebration of her Mexican identity, as well as a reflection of the tragedies she endured. She wore traditional colorful and embroidered blouses, shawls, and skirts, as well as large pieces of jewelry. It is often said that Kahlo’s long skirts were a way for her to hide the consequences of the polio she contracted at age six — the disease affected the shape of her legs and her gait.

Praised by some of the world’s most recognized artists such as writer LeBreton, Picasso, Chagall, and more, Kahlo had a successful career during which she exhibited her unapologetically unique work in the US and Mexico and received commissions from the Mexican government, among others. Today, on the international stage, her work is arguably better known than that of her husband’s.

Kahlo passed away from illness as an acclaimed artist at the age of 47. Today, the painter is held as a feminist icon.

How to see the Frida Kahlo exhibition in Chicago this summer

From June 5 to September 6, 2021, 26 original works by Frida Kahlo will be on display at the Cleve Carney Museum of Art (CCMA) and McAninch Arts Center (MAC) at the College of DuPage in Glen Ellyn, IL (25 miles, 30 minutes from Downtown Chicago).

The 26 works of art will include 19 oil paintings, representing one tenth of all of Kahlo’s paintings, as well as works on paper. The works are a loan from the Dolores Olmedo Museum in Mexico City, and are part of a private art collection that also includes works from Kahlo’s husband. The exhibition is a unique chance to see an extensive display of Kahlo’s art in the US. 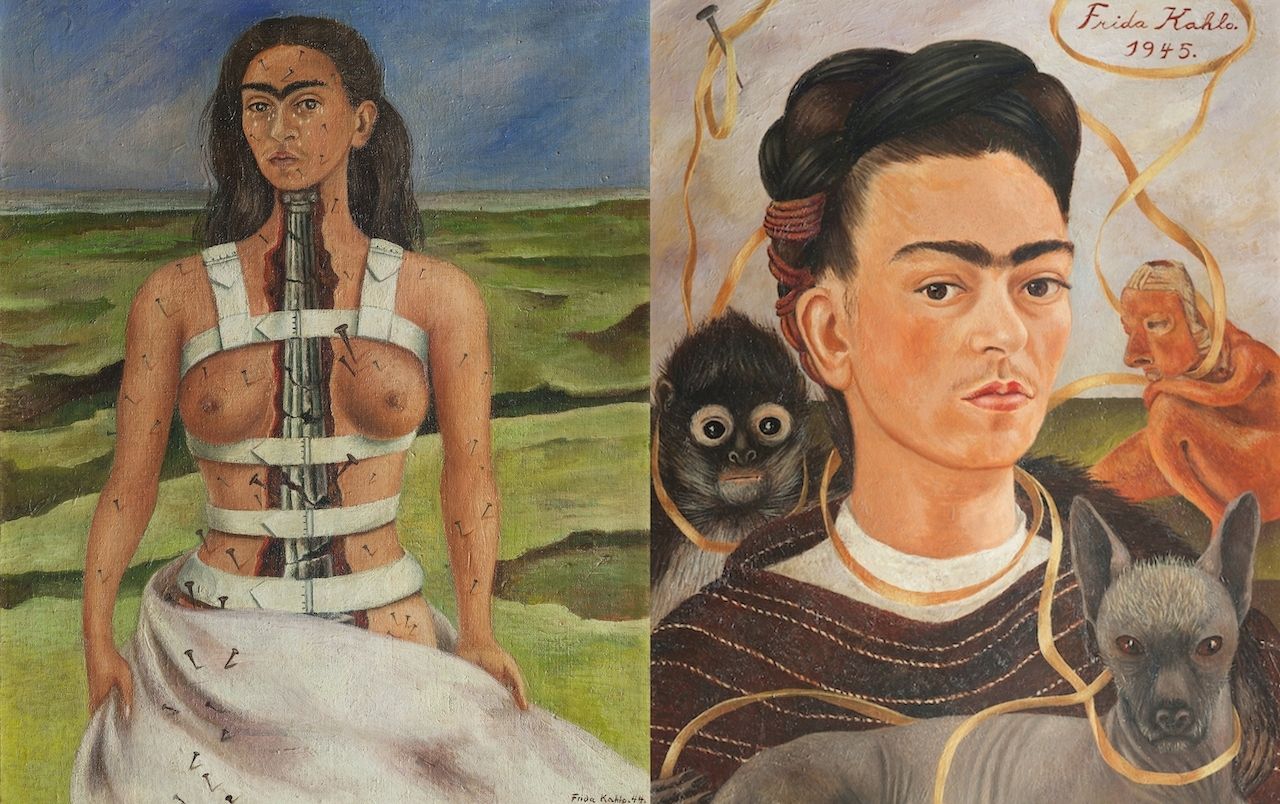 The pieces displayed will span Kahlo’s lifetime, from the time of her bus accident at age 18 to the year she passed away, in 1954. Some of her most famous and acclaimed creations will be on display during this one-of-a-kind exhibition, such as:

“The work in this collection maps the arc of Frida Kahlo’s exceptional life and career,” said Cleve Carney Art Gallery Director Justin Witte. “Frida Kahlo and her work were so interconnected that it is impossible to separate one from the other. That is also why her presence is still strongly felt in every piece in this exhibition. For exhibition visitors to have the opportunity to experience Kahlo’s life and work in the intimate and unique setting of the Cleve Carney Art Gallery will be a once in a lifetime experience.” 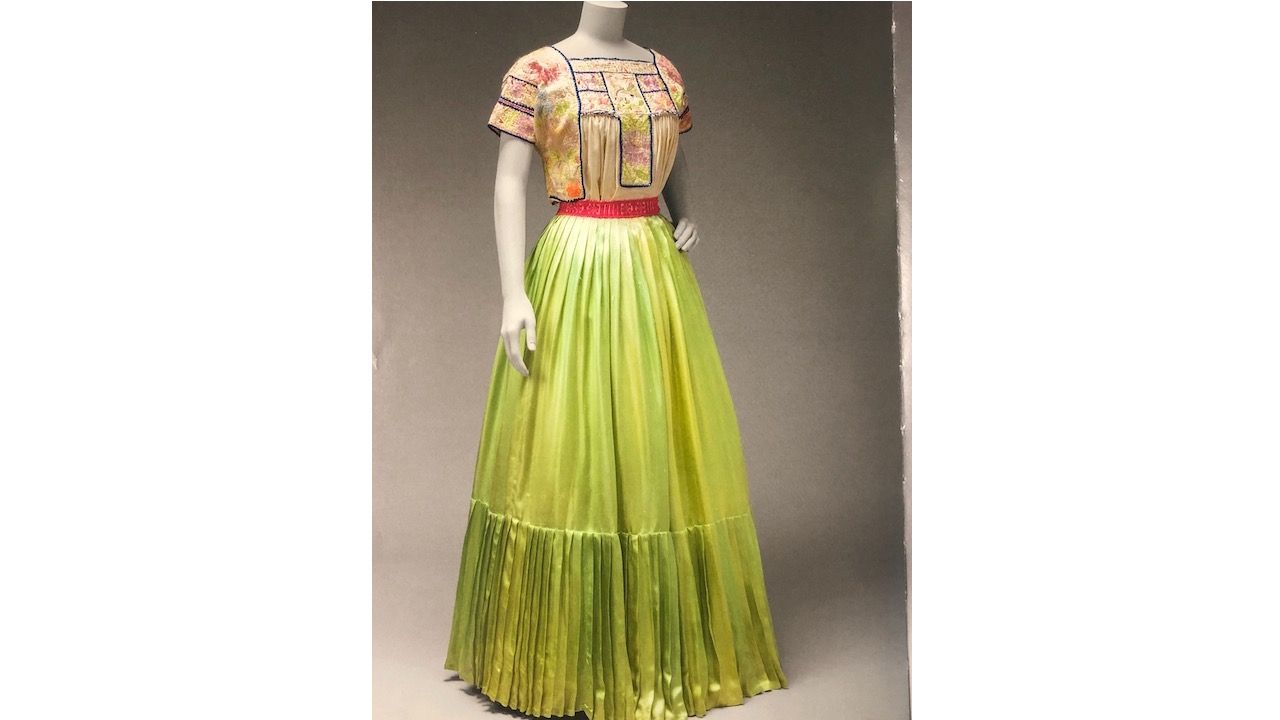 A Frida Kahlo-inspired garden will be assembled in the MAC’s south patio by Ball Horticultural Company. A recreation of Kahlo’s garden in Mexico, as well as plants and flowers featured in Kahlo’s paintings, will deeply immerse visitors into her world.

Other Frida Kahlo exhibits in the US in 2021

From March 7 to June 20, 2021, five lesser-known works by Frida Kahlo will be on display at the Dallas Museum of Art. The exhibition will feature four paintings and one drawing, including still life and a framed portrait of herself and Diego Rivera. Admission to the museum is free.

From February 6 to May 2, 2021, the Albuquerque Museum will feature several works by Frida Kahlo and Diego Rivera from the Jacques and Natasha Gelman Collection of 20th Century Mexican Art. Admission is $10.