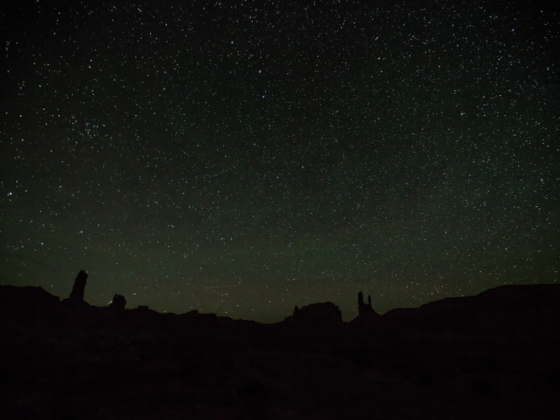 The fight for public lands isn’t just about you.

Right now an unprecedented series of events is taking place around our public lands. Regardless of your political views, it’s important to understand the potential repercussions.

Back in May of 2017, during the (first ever) formal public comment process on National Monument designation, newly-elected Secretary of the Interior Ryan Zinke announced that he was “engaging with local communities and stakeholders.” Even if you don’t live near a National Monument; even if you’ve never visited one, it’s important to realize: you most definitely are a stakeholder in this.

1. WHAT ARE PUBLIC LANDS AND HOW ARE THEY CREATED?

The designation “public land” refers to land that belongs to the American people and held in trust for us by the federal government. Examples include National Forest land, National Park land, and designated Wilderness Areas.

Some of these areas are enormous, such as the 8-million acre Wrangell-St. Elias National Park in Alaska. Others are small and yet preserve beautiful pockets of wilderness such as the Chattooga National Wild and Scenic River in North Georgia.

While there are state lands–which may include state parks, state game lands, and other protected areas–state land has a fundamentally different status. Whereas all federal public land is ours–we, the American public, own it–states are not beholden to residents in determining state land usage. A good way to think about this is, “While we are all owners on federal public lands, we are customers on state lands.”

And overall, only a tiny portion, some 8% of our total landmass, is public land.

The first US National Parks were created in the late 1800s (Yellowstone was first in 1872). But it wasn’t until the early 1900s and Teddy Roosevelt’s “Square Deal,” that conserving public lands became systematized. Under his administration, various public land systems were created, including the National Forest Service in 1905.

Then, in 1906 Roosevelt signed the Antiquities Act. Whereas the creation of new National Parks required an Act of Congress, the Antiquities Act gave the President the authority to declare an area a National Monument, thus giving it federal protection as public land.

Since then, the act has been used over 100 times. With the exception of Ronald Regan (and now Donald Trump), every president since has used the Antiquities Act to create new National Monuments.

2. WHY ARE PUBLIC LANDS SO IMPORTANT?

This past week, my kids and I visited Great Smoky Mountains National Park (GSMNP) near our home in western North Carolina. Even though it’s the most visited National Park in the US, it’s easy to hike up one of the many “prongs” (local name for creeks) into dense forests and ancient gorges.

As with GWMNP, nearly all public land is open to recreation. Depending on the designation, this can include hiking, camping, mountain biking, paddling, climbing, hunting, fishing, and other activities.

Outside of travel businesses and outfitters, few Americans seem to realize just how massive the economic potential is around these activities. For example, economic studies this year showed that here locally in the Nantahala and Pisgah National Forests, over $115 million in annual spending is generated from paddling, climbing, and mountain biking alone.

Taken on a national scale, outdoor recreation is a giant among America’s industries. As the Outdoor Industry Association reported this year, outdoor recreation contributed 7.6 million jobs and $887 billion in annual consumer spending. Many Americans may be surprised to know these figures are way ahead of jobs and spending created by the oil and gas industry.

But beyond the economic impact of public lands, there’s the more essential “big idea” of why they’re important. Simply put, having access to lands that are “ours,” knowing that key wildlife habitats, free-flowing rivers, undisturbed coastlines, wild prairies, and historic sites are protected and “in the bank” for future generations to explore: this is essential to who we are as Americans and the kind of America we pass down to our kids.

The essence-the big idea-of protecting key areas in perpetuity is just essential to civilization. And the way you know that is you take those out of the human story and see what you have left.

3. BEARS’ EARS AND THE REDUCTION OF PUBLIC LANDS

For the last several decades, except for a tiny minority of powerful landowners in the American West, public land has enjoyed broad public support across the US. Nevertheless, beginning in the 2010s, anti-public lands legislation has been introduced and vigorously battled in Congress.

Back in April, the Center for American Progress investigated the discrepancy. They noted: “Polls indicate that overwhelming majorities of voters support the conservation of national parks and public lands and hold high opinions of the National Park Service, the U.S. Forest Service, and other federal land management agencies. Eighty-three percent of Americans, for example, would have a “favorable” reaction to their representative in Congress taking “a strong stand in support of policies to protect and strengthen national parks.”

In the face of this broad public lands support, it was the rise of an “anti-parks caucus,” a small group of lawmakers that steered many in Congress against public lands.

With that in mind, consider the following recent timeline:

If we go back to the Senate confirmation hearing of Ryan Zinke, it’s not obvious at first what his position is. Early on, he declares himself an “unapologetic admirer of Teddy Roosevelt,” and that he was “absolutely against transfer or sale of public lands.”

But later during the hearing, when New Mexico Senator Martin Heinrich specifically mentions widespread local community support for Bears Ears National Monument and asks if he [Zinke] planned to “work in good faith with these gateway communities, including tribal communities..to make sure these monuments are a success?” Zinke quickly deflects, stumbles, and shows his true hand.

You can literally watch this moment happen at about 1:11:30 of the actual testimony. Notice how instead of answering Heinrich directly, Zinke backpedals into conflicting talking points. In the parts I’ve bolded especially, note how he can’t help bringing up the idea of the President “nullifying” a monument.

“There are some National Monuments that are more controversial than others. Uh, I think a monument when it falls in a state, a state should have a say…Larger monuments…that don’t have support of the community, uh, there’s no doubt the President has the authority to amend a monument. Uh, it’s always in the papers. It’ll be interesting to see if the President has the authority to nullify a monument.”

Heinrich: “What is your view on that?”

Now recall that this was back in March, just a few months after Trump’s inauguration. This is but one entry point into a complex conversation that can all be reduced single common denominator: Decisions to reduce the size of our public lands have nothing to do with the economy or public opinion or even what state governments are asking for, but literally a small group of people attempting to wield power over everyone else.

And in a frightening prospect, the Department of the Interior is reviewing literally every one of the National Monuments created under the Antiquities Act. So Bears’ Ears and Grand Staircase-Escalante National Monuments could be just the beginning of this fight. Two dozen other National Monuments — many with huge tracts of old growth forest and key wildlife habitat — could be eroded if we continue in the current direction.

As a citizen, and a traveler, consider how you can help raise your voice. Remember that it’s not about being progressive or conservative. Modern public land policies were born in Roosevelt’s Republican administration — and further environmental protections were set during Nixon’s presidency.

It’s about caring for public lands — your land, my land, our land, our children’s land.