ON SUNDAY, the French chose their new president by casting their votes in the last round of the election.

Tensions and fear were running very high in France as independent Emmanuel Macron had to face far-right, anti-Europe Marine Le Pen in the presidential election yesterday.

At 8 PM French time, Emmanuel Macron was elected the 8th president of the French Republic with 65.8% of the votes, rejecting the extremism of the far-right. His inauguration will take place on May 14th.

Find below a map of the election result by area. Here, the départements won by Emmanuel Macron are colored yellow, those won by Marine Le Pen are colored grey. If it was a map of the weather forecast, I’d say that the sun is shining on most the country! 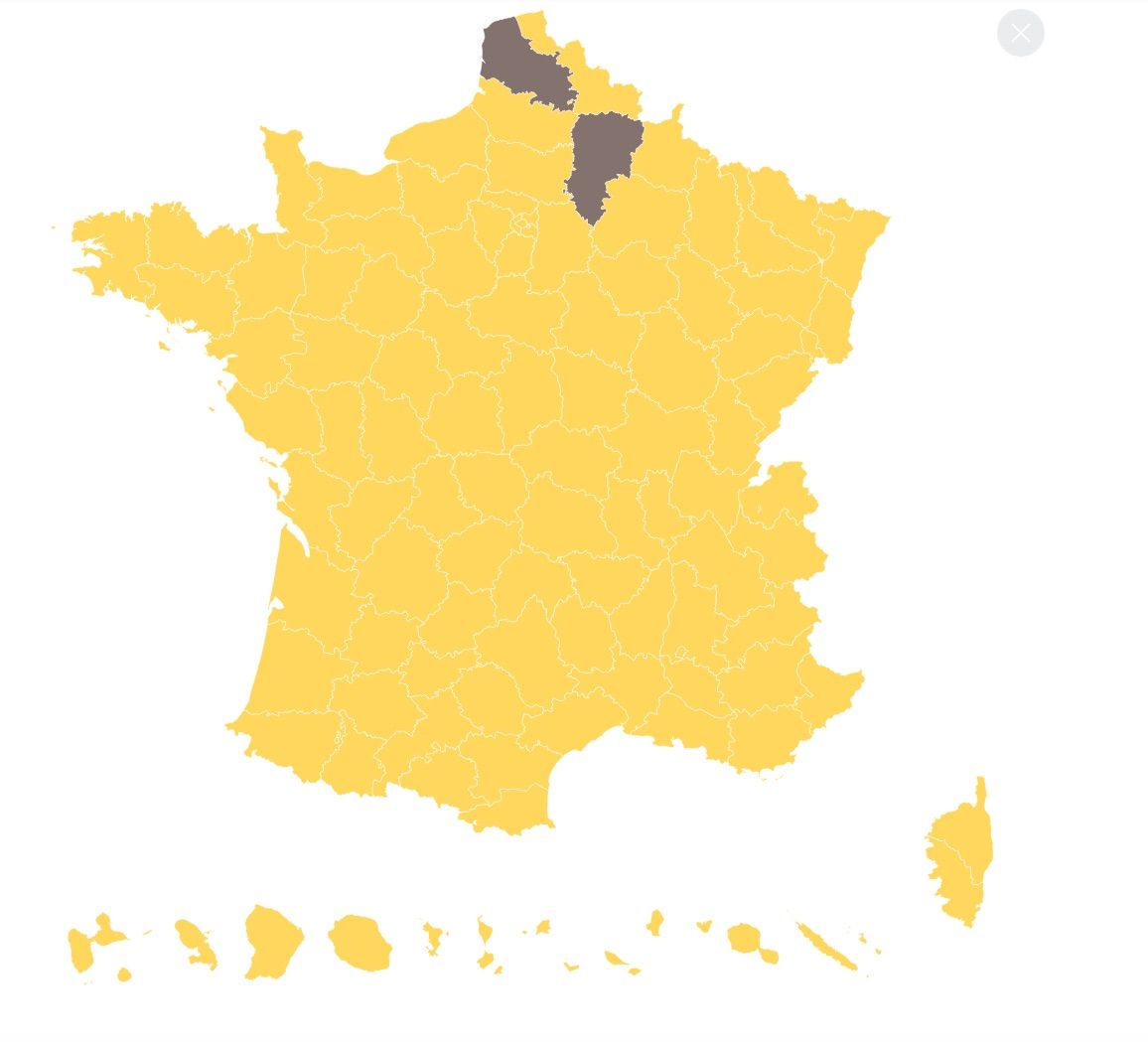 For a more detailed view of the election results, visit Le Monde’s map here and hover above the areas of your interest.

Tagged
Maps + Infographics France
What did you think of this story?
Meh
Good
Awesome