There should not be free Wi-Fi at public campsites. But it might be coming anyway.

The US Department of the Interior, the government agency in charge of more than 1,400 campgrounds around the nation, lacks the financial means to properly maintain them. In keeping with the Trump administration’s apparent disdain for public lands, a committee set up by Former Interior Secretary Ryan Zinke is looking at privatizing national park campgrounds.

There’s a lot wrong with that idea, including the threat to raise prices and conduct fewer environmental impact studies. But there’s one seemingly uncontroversial piece of the package that’s also awful: the proposal to bring free wireless connectivity to campgrounds in order to attract more campers.

The fact is, free Wi-Fi at public campgrounds would undermine everything that makes camping a restorative outdoor activity.

What’s so bad about free Wi-Fi? 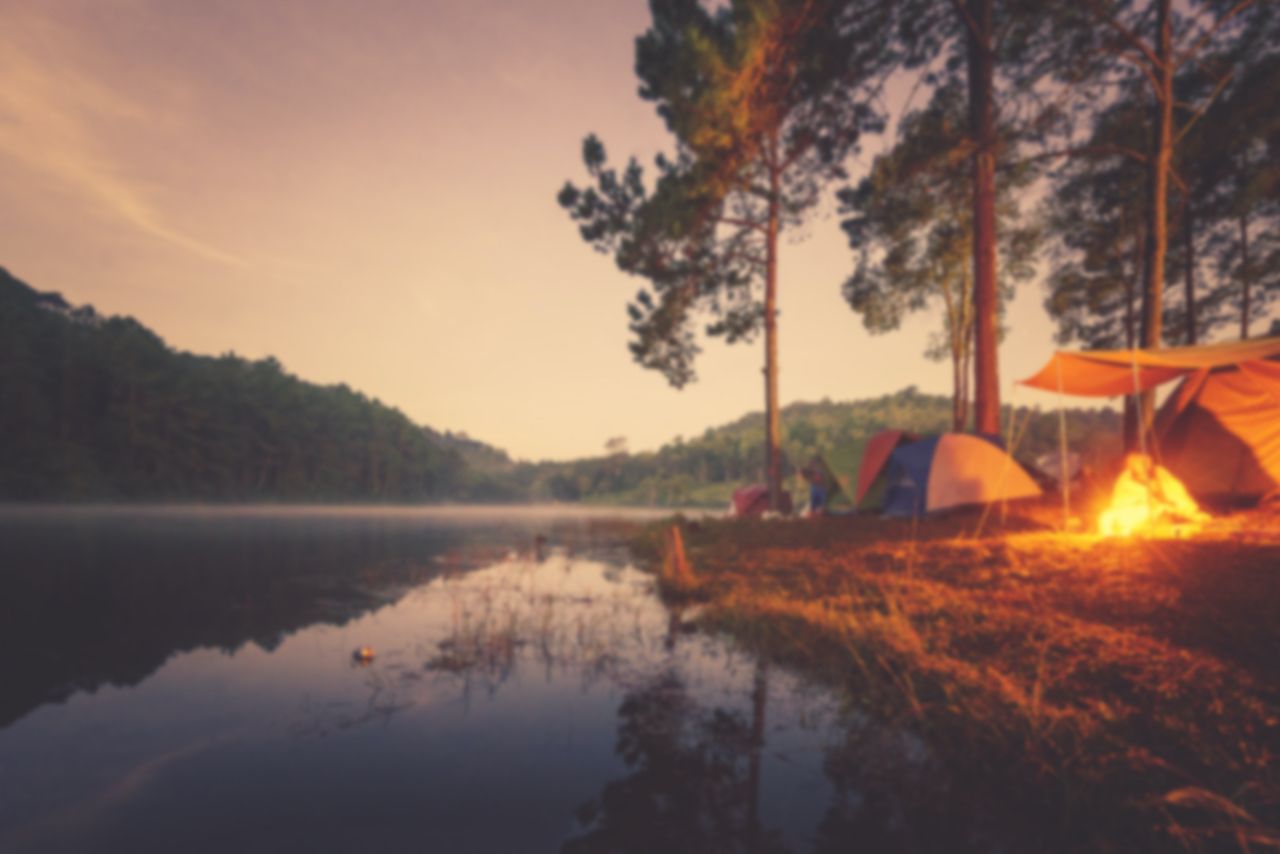 Camping is supposed to be an escape from your urban life. You’re in the woods or the desert, surrounded by stars overhead and life on the ground as it’s always been. This isn’t the time to re-watch Game of Thrones.

Of course, Wi-Fi is great for routing the next day’s hike. But this is about what brings us into the outdoors in the first place, and about what makes public lands a sacred space. Streaming Disney+ while you roast a marshmallow won’t just remove you from the experience; it can disturb the natural serenity for those around you as well.

To get into nature, you need to separate yourself from what isn’t natural, even if only for an hour. If you’re going to make the effort to load up a vehicle with enough gear, food, and beer for a couple of days away from it all, actually do what you’ve set out to do.

Many national parks have well-equipped towns within a short drive where you can find a cafe to stop at, post your hiking photos, and blast through a batch of emails. And even if towns are not close by, several national parks offer free Wi-Fi in their visitors centers. If anything, that’s where the focus on connectivity efforts should be; not at the campsites.

You might argue that many privately owned campgrounds in the US already offer free Wi-Fi. That’s their prerogative. The National Park Service, on the other hand, has stood as a beacon for and protector of the outdoors for nearly 150 years. Upgrades to its campgrounds are certainly welcome — but there’s no need to make the camping experience just another place where it feels impossible to unplug.

For your health, you need to disconnect. 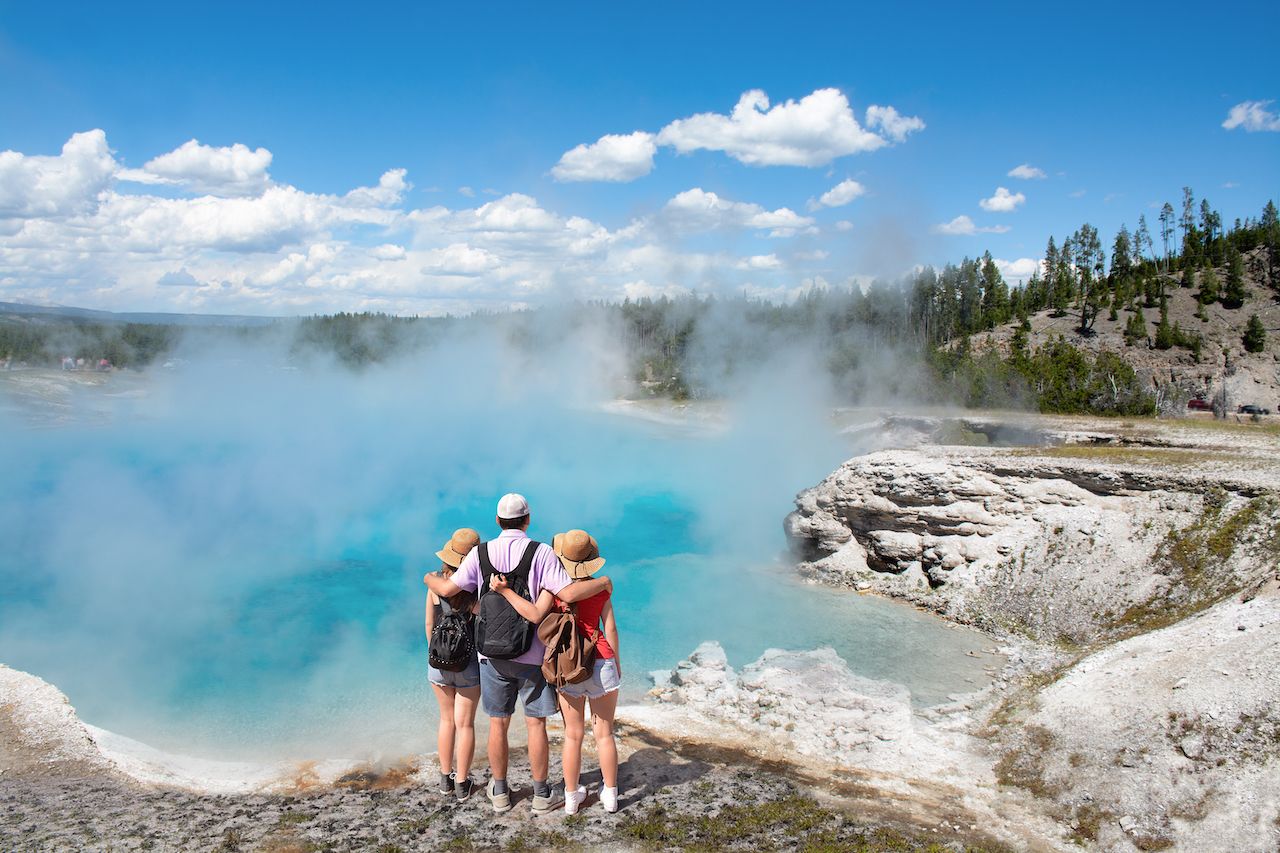 Spending at least two hours per week outside is directly linked to improved health and well-being, according to a June 2019 report in the journal Nature. The study looked at adult populations in England and whether or not there was a noticeable change in their health following periods of what the study calls “direct exposure.”

Meaning, you’re not just looking at a mountaintop through the car window but are actually engaged with the mountain in a physical sense. Maybe that’s by climbing up it, or perhaps pitching a tent streamside at its base.

The point is that getting out there and disconnecting from our uber plugged-in world for a couple of hours each week can have a drastic impact on your overall health. When you stay connected to the outside world via a tiny, glowing screen, you are chipping away at — and possibly totally negating — those health benefits.

Working and outdoors don’t go together. 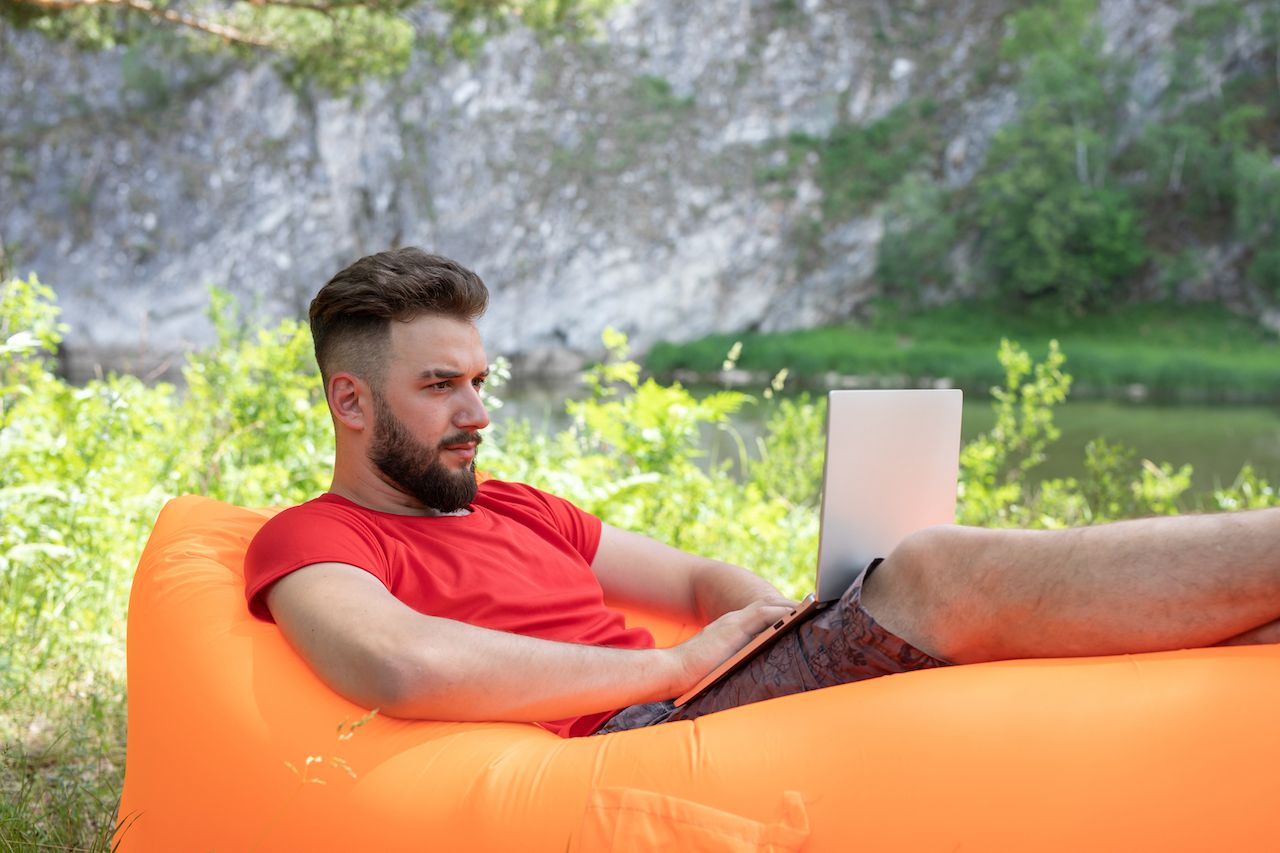 Maybe it’s not the next Mindhunter episode you’re after, but you just want to savor some fresh mountain air and a paycheck too. You’ve seen the social media posts of people who seemingly manage to hike, rock climb, and even wake up in the back of a van to a wide-open view of Crater Lake — all while working remotely.

As an avid outdoorsman who’s worked remotely for nearly a decade, I can tell you that’s all probably staged. Work is work, and it has no more place at a campsite than Netflix. And frankly, if you’re a few feet from a trailhead and can’t be bothered to shut your laptop, that’s a pretty good indicator that you should have opted to stay home.

Instagram doesn’t need to be so instant. I’m a huge advocate for public lands and I also spend 10 hours a day in front of my laptop — but I draw a line in the dirt at connected campgrounds. There’s a time and place for checking in. And there’s a time when the laptop stays closed and the iPhone reverts to its most basic of functions.

Because even if you don’t end up posting a picture of you in the forest, it did, in fact, happen.

HikingWhy Hiking in Leggings Is Actually Disgusting
Tagged
Camping Parks + Wilderness
What did you think of this story?
Meh
Good
Awesome