Beijing can be an overwhelming city to visit. Covering nearly 6,500 square miles, it’s huge, teeming with activity, and full of both historical sites and ultra-modern buildings. It also has more than 20 million people and an air quality rating that often necessitates a facemask just to walk outside. If you find yourself here and need to escape for a breath of fresh air, two immediate options present themselves: You could buy a bottle of imported Canadian air or escape to a nearby outdoor getaway. This massive metropolis actually provides access to some incredible natural beauty, most easily seen during summer and fall. Here’s a rundown of places to catch your breath near the city. 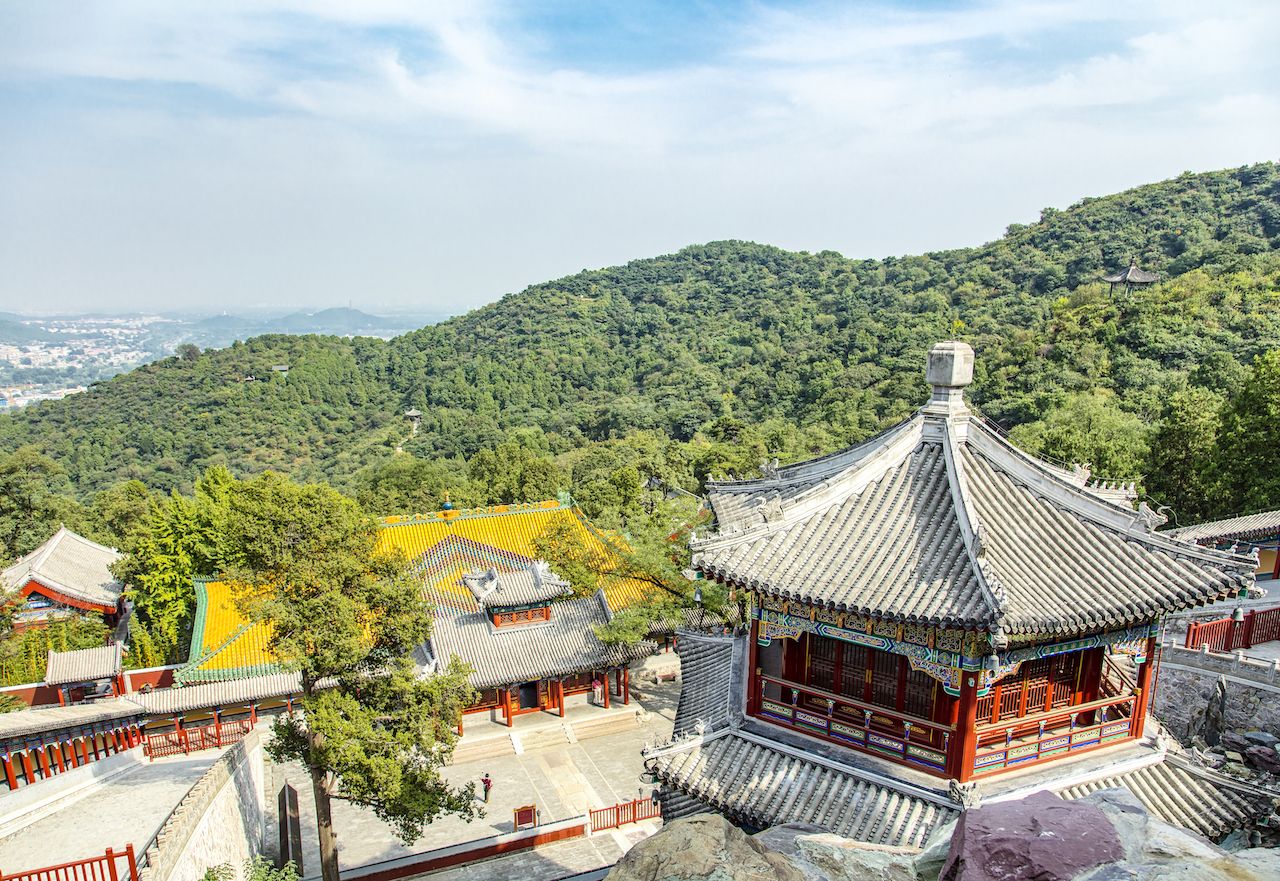 XiangShan Park, also known as Fragrant Hills, is just west of the city sprawl and an easy day trip that offers views of some of the area’s most beautiful temples. It’s famous red-leaved trees greet visitors during the autumn months, but the tree-covered hills and ability to get out in them is a welcome respite even in spring or summer. Two cable car routes fly you overhead, one north past Spectacles Lake and Bright Temple and the other south towards Fragrant Temple and Xianglu Peak, the park’s highest mountain.

Getting there: From central Beijing, take the subway Line 10 and at Bagou Station and transfer to the Western Suburban Line to the XiangShan station. 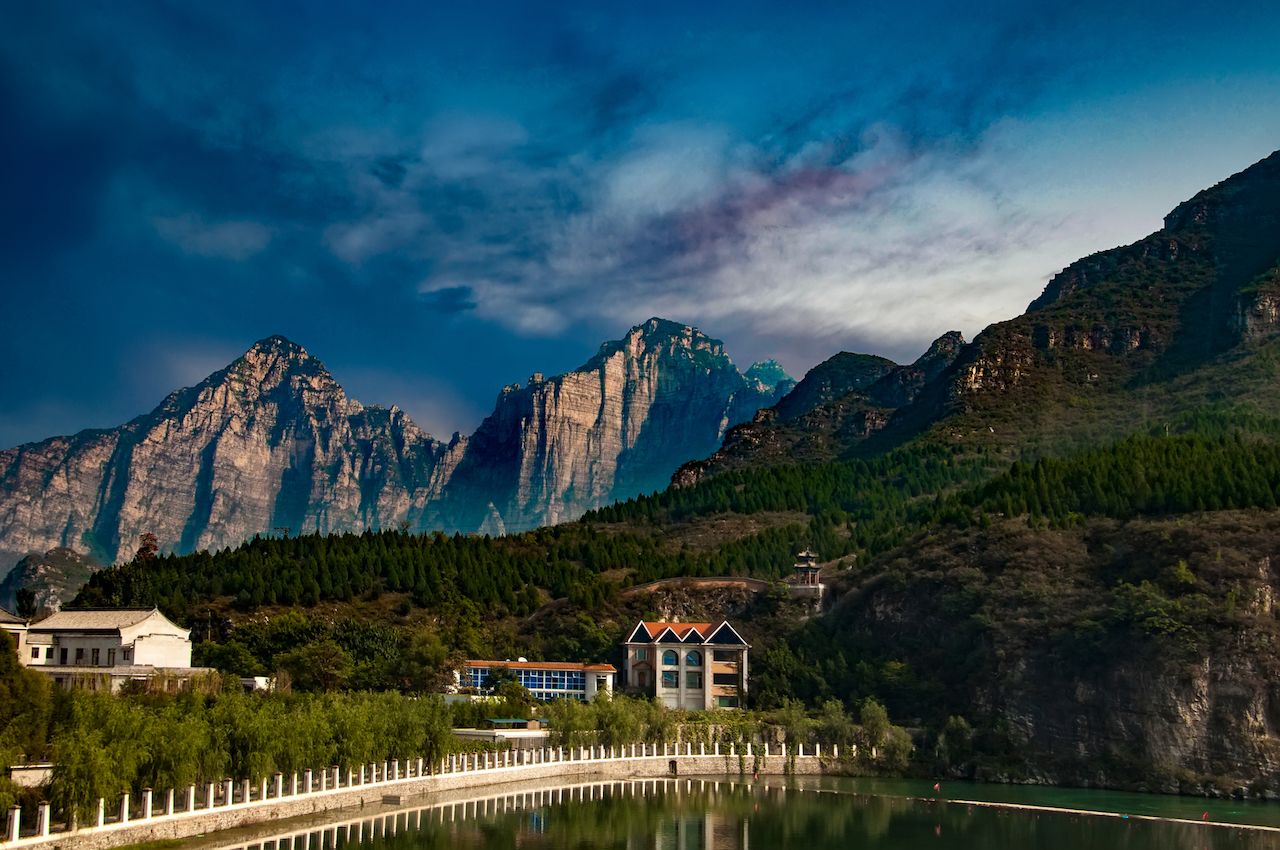 Yesanpo National Park is about two and a half hours west of Beijing at the junction of the Taihang and Yan Mountains. The area is made up of six individual areas, most notably the Baili Gorge, which you can hike deep enough into to actually feel like the city is a world away. As you look around at lush, green-covered hills and the Juma River weaving through the park, you might even feel as though you’ve escaped to Bali.

Getting there: According to Rome2Rio, the easiest way to get from Beijing to Yesanpo National Park is to take the train to Baoding, which takes about 45 minutes, then hire a taxi from there to the park. Total travel time is about 2.5 hours. 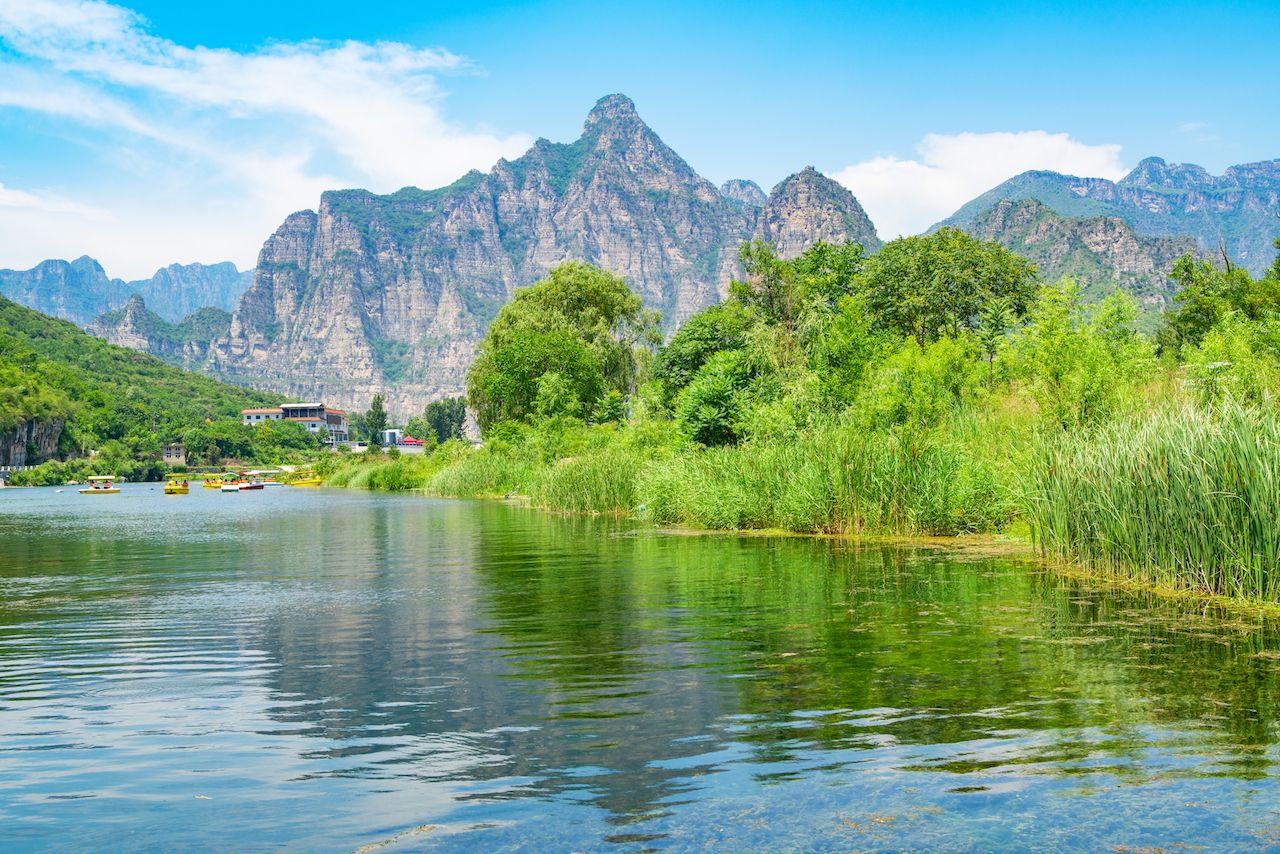 Located near Yesanpo National Park, the Shidu Scenic Area is home to towering rock peaks and a lush gorge and valley carved by the rushing waters of the Juma River. Shidu is famous for carved rocks, the cable car, and walking paths that shuttle guests along the riverfront to visit the many marked sites, known as “ferries,” located throughout the park. You should build your trip to the park around visiting as many ferries as you can. Despite the confusing name, these ferries are essentially either a station with historic meaning, a lookout point that offers views of carved rocks and craggy peaks, or a tourist center within the park where you’ll find markets, restaurants, and inns. Although Shidu means “10 ferries,” there’s actually a total of 18 ferries, most of which are located alongside the river and pretty easy to spot. Visit during summer or fall when the weather is nice.

Getting there: Bus number 917 departs from Suzhuang Station in Beijing and arrives at Shidu about 3.5 hours later though, according to Rome2Rio, it’s much faster to take the bus from Beijing Muxiyuan to Gaobedian about 1.5 hours then hire a taxi to take you to the park gate. 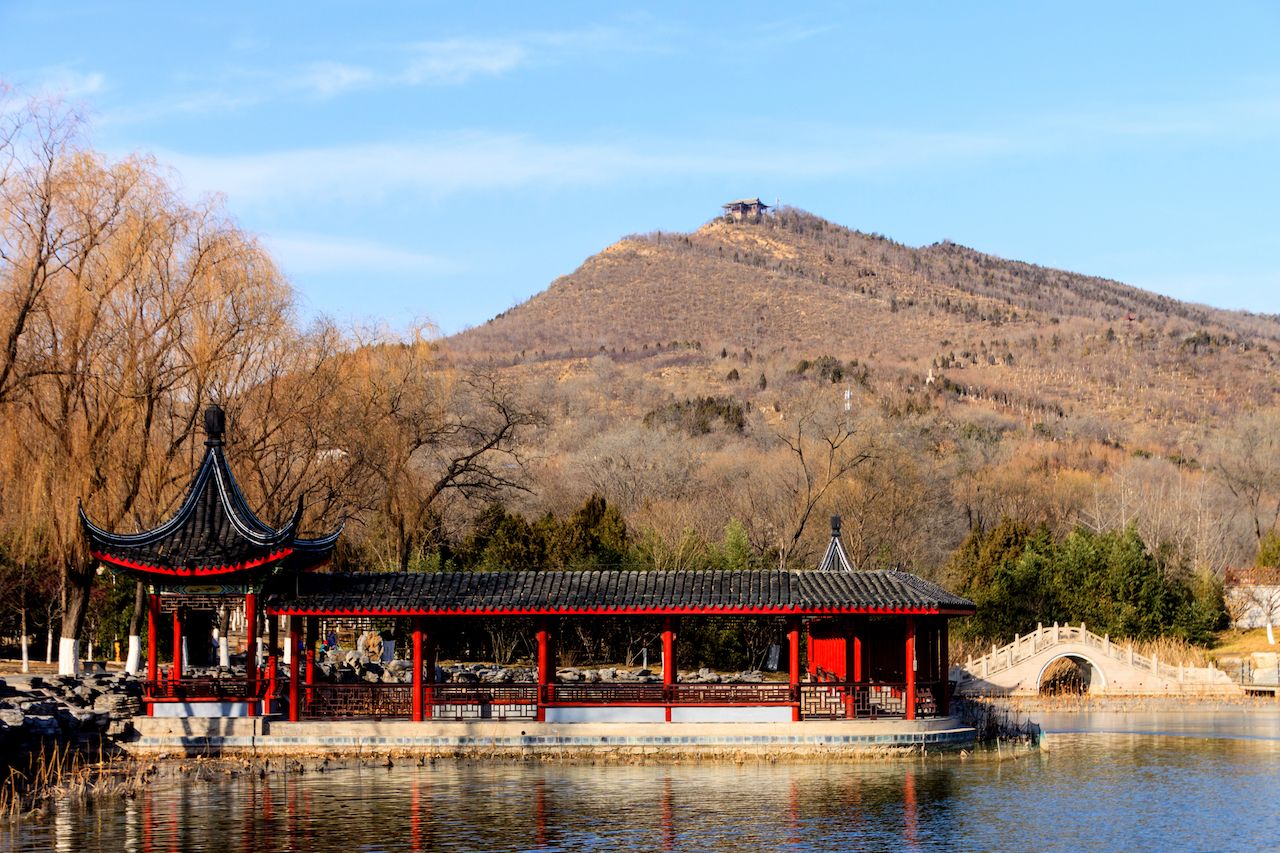 Beigong National Forest Park is the place to get out for a solid hike or trail run near the city, located to the northwest just off the Fifth Ring Road. Well-marked paths lead up peaks reaching up to 1,300 feet in elevation and offer views of the Yongding River to the east and, further beyond, the city itself. Despite being so close to the city, Beigong is rich with wildlife and birds. If you get deep enough into the trail system, it also has some of the region’s cleanest air.

Getting there: Take the subway Line 1 from Tian’anmen West Station to Gucheng Station. From this station, you can hire a cab for the quick final push to the park gate. 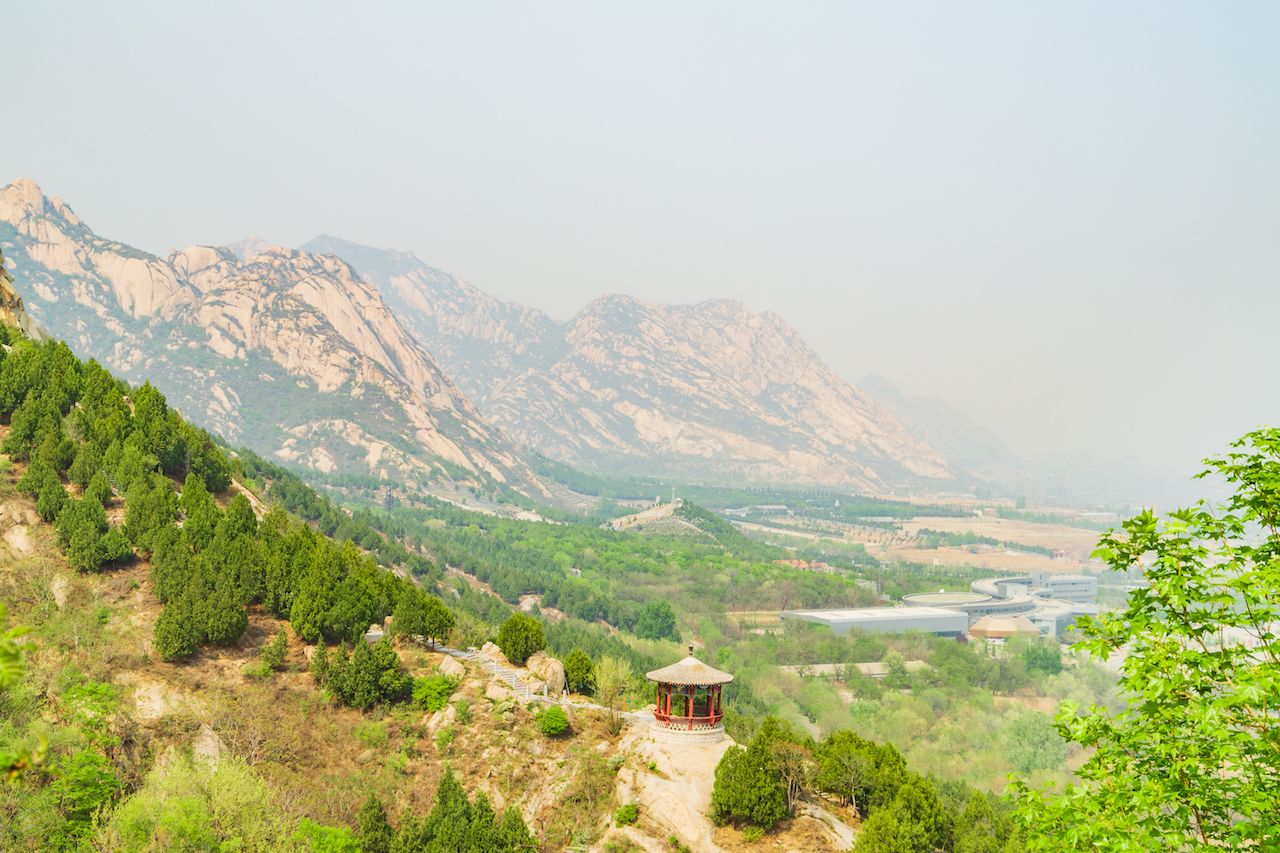 Just north of Jiufeng National Forest Park, Fenghuangling is known as Beijing’s “Green Lung” because of its cleaner air and easy access. Hike through the rolling, forested hills and photograph the wildflowers, pagodas, and expansive views you come across along the way. Within the park, three primary trails — North Route, Middle Route, and South Route — bring you up and over the mountains via steps and switchbacks before looping around towards the entrance.

Getting there: Similar to transporting to Jiufeng, take the subway Line 4 from the city center to Xiyuan Station. There, transfer to Line 16 to Beianhe Station. A taxi can take you the final few minutes to the park gate. 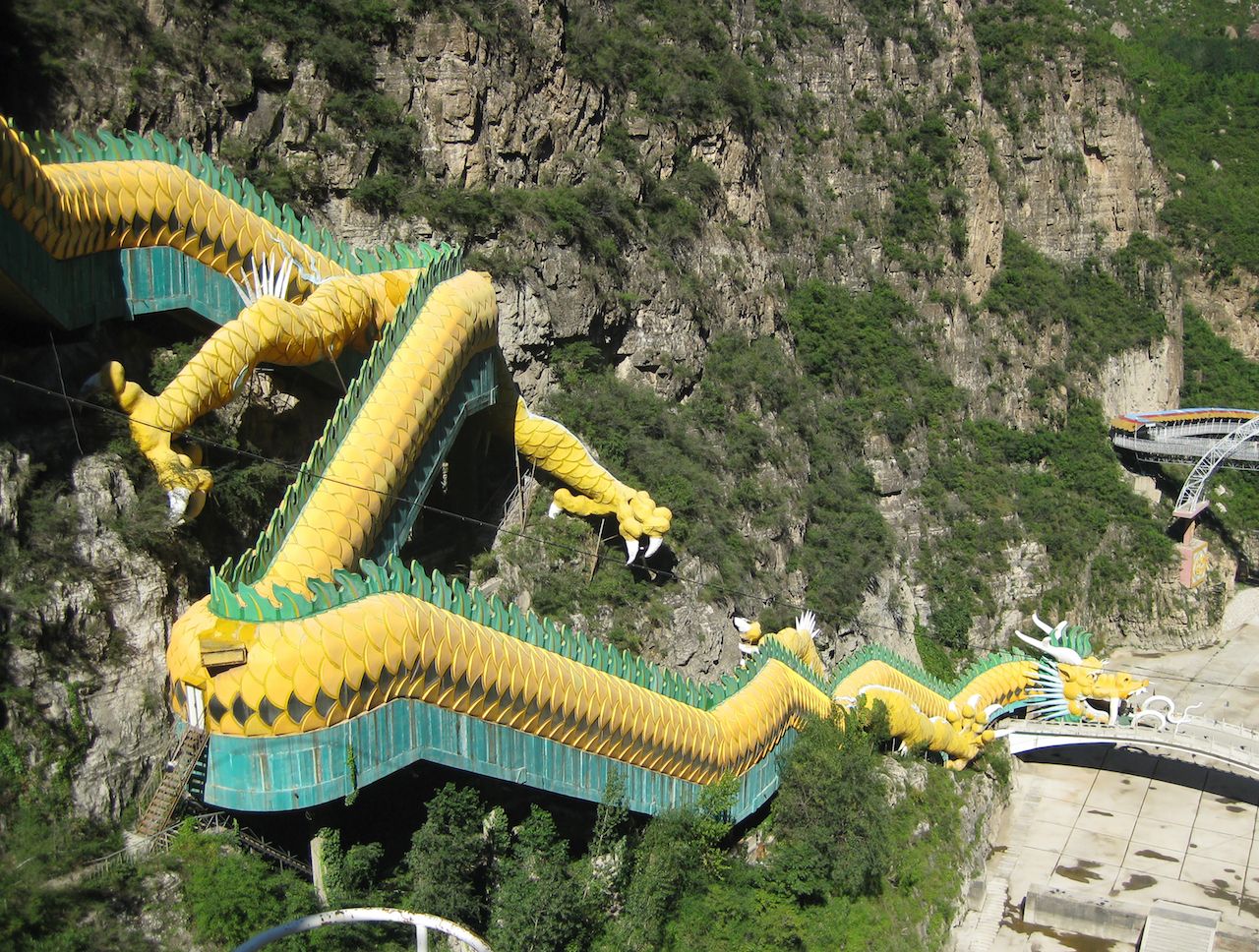 Longqing Gorge is best known for its dragon escalator that, after ascending the almost 850 feet, lets you boast that you rode the world’s longest outdoor escalator. The gorge itself is part of a series of similar canyons that make up the Longqingxia Scenic Area about 50 miles north of Beijing. The gorge features towering cliffs and rock outcroppings that look absolutely terrifying to climb up — but because of the absurd elevator, you don’t have to worry about it. Get your exercise in on the way down as the escalator only goes one direction. To get back to the start, you must either walk down the steep stairs or ride in a toboggan.

Getting there: Take bus 919 from Deshengman to the Guchen stop, just up the road from the park entrance, about one hour each direction. 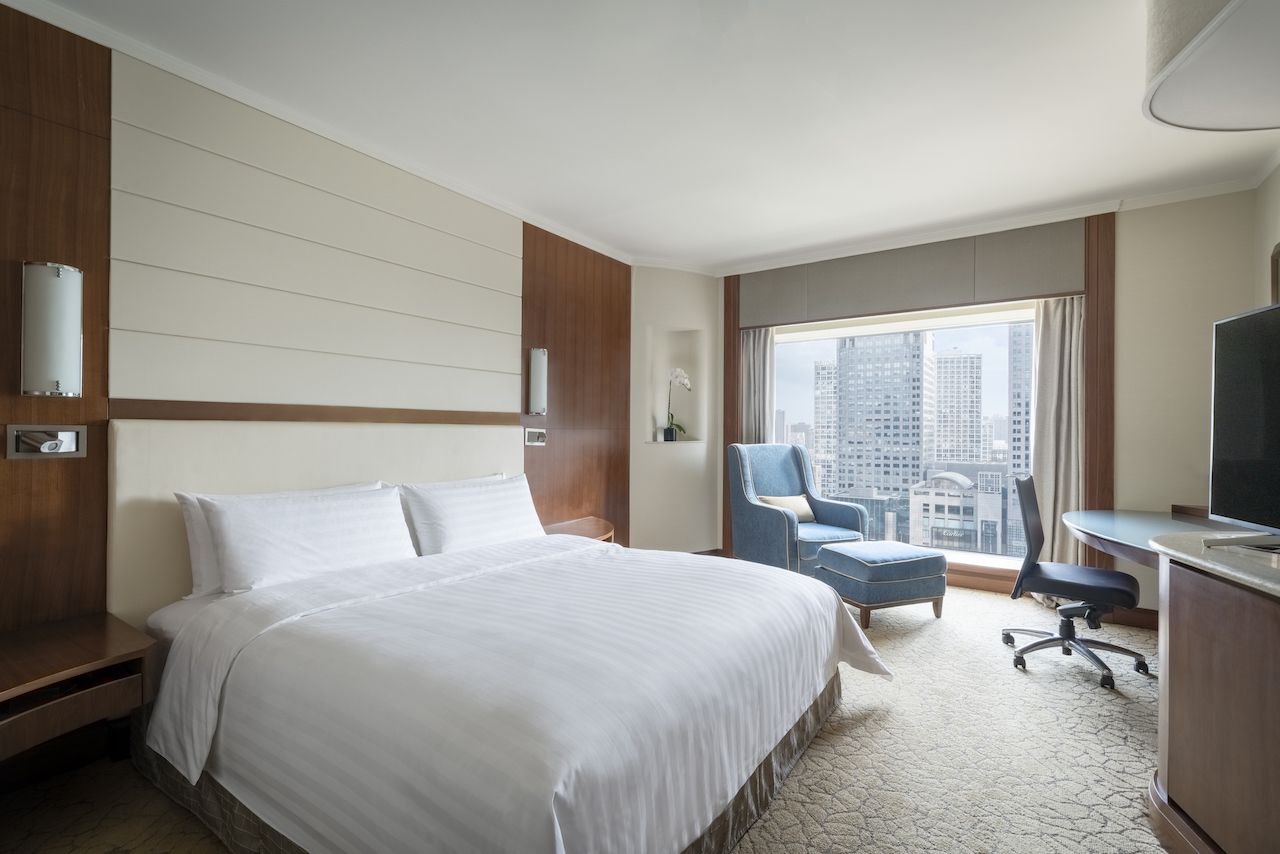 If all else fails and you’re unable to escape the haze of the city, check into China World Hotel. The hotel has installed an air filtration system that guarantees “clean air in all guest rooms,” a concept becoming increasingly popular across China — and it’s located right in the heart of the city. A dip in the indoor pool or session in the sauna are sure to help clear those lungs right out.