On May 31, 2020, drag queen VivvyAnne ForeverMore took to Twitch in a black gown with exaggerated mutton sleeves and addressed an unseen crowd. “Queerly beloved, we are gathered here today to mourn the death of a 54-year-old who was taken from us too soon,” she began.

What followed was an hours-long funeral — not for a person, but for The Stud — a beloved San Francisco gay bar forced to close during the pandemic. The bar began operating in 1966, one year before the original Stonewall Inn opened its doors across the country. Bartenders started slinging drinks from The Stud’s latest SOMA location in 1987. It was one of the oldest LGBTQ establishments in the United States.

The immediate cause of these deaths might be COVID-19, but gay bars were on life support before the pandemic began. According to sociologist Greggor Mattson, 37 percent of US gay bars closed between 2007 and 2019. In the late 1980s, there were roughly 200 lesbian bars across the country. Today, there are only 15.

Sometime between the birth of dating apps, marriage equality, and gayborhood gentrification, traditional gay bars became inessential. Now, as the world reopens and we clamor for community, queer people face a conundrum. Should we rebuild these once-sacred spaces or create something new?

What will become of the gay bar? 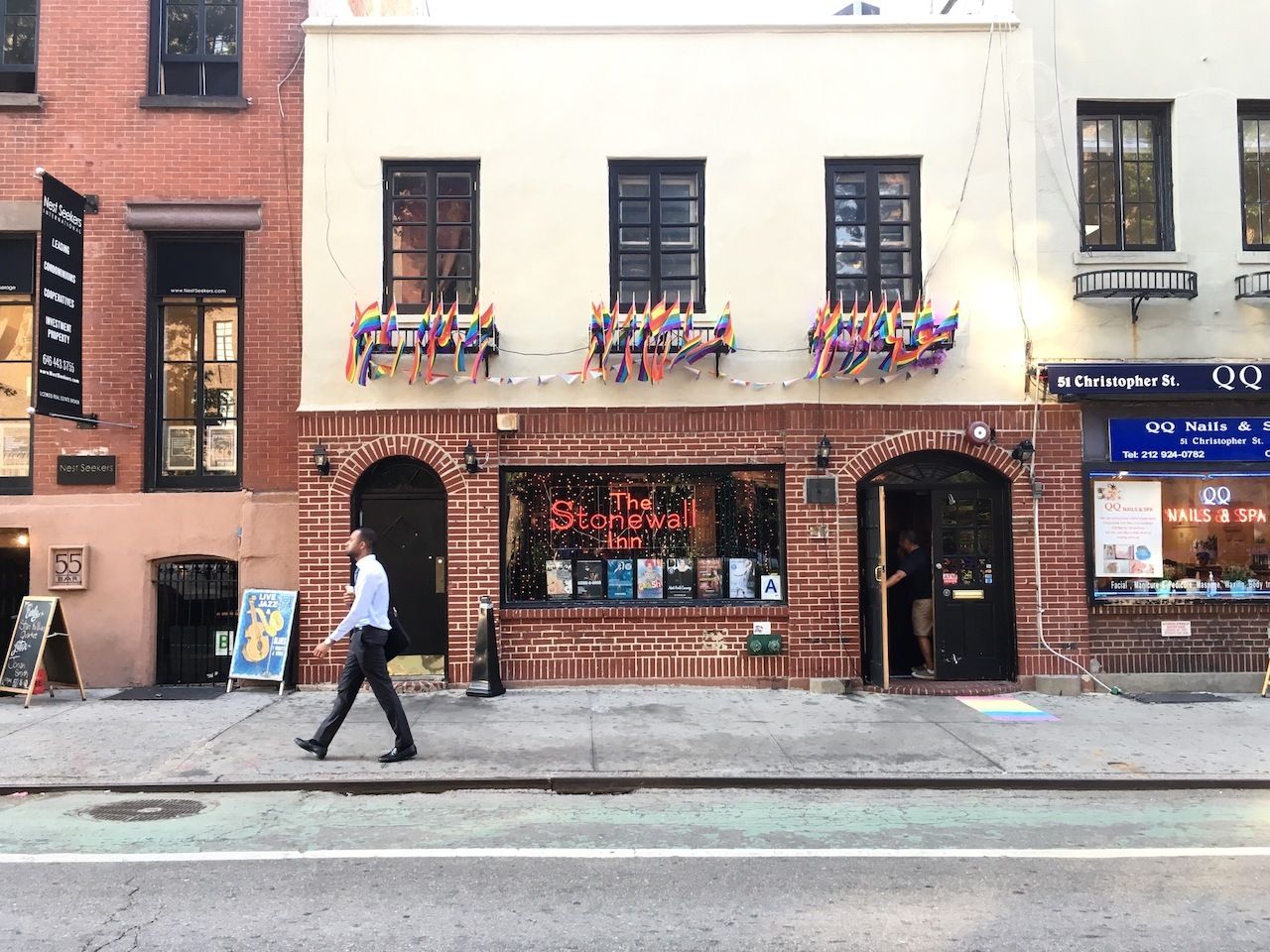 The menu at a gay bar is the tip of an iceberg — it only shows a portion of what’s served inside. For nearly a century, watering holes frequented by queer people have been places to find lovers, form families, and forge political organizations. They’ve been escapes, hideaways, and even sites of worship. In the recently released cultural history and memoir, Gay Bar: Why We Went Out, Jeremy Atherton Lin writes, “a gay bar, it will be said, affords refuge.”

Whether it’s Stonewall or the Stud, gay bars have been considered LGBTQ “safe spaces” — a term scholar and activist Moira Kenney attributes to the gay liberation movement of the 1960s and 1970s.

But “safe” is a misnomer. Through the late 1960s, routine police raids meant gay bar patrons could be threatened with fines, jail time, and possibly job loss or social annihilation if outed by authorities. When police raids ended, hate crimes did not. In 1973, an anti-gay arsonist set fire to a New Orleans gay lounge and killed 32 people. In 2016, a mass shooting at Orlando’s Pulse Nightclub left 49 dead and dozens more wounded.

Even as a momentary refuge from the outside world, gay bars continuously fail queer people. Racism, misogyny, transphobia, ableism, and ageism are all unfortunate cornerstones of places that often favor young, muscular, masculine, non-disabled white men.

The Philadelphia Commission on Human Relations released a 2016 report stating that “LGBTQ people of color, women and transgender people often feel unwelcome and unsafe in Gayborhood spaces.” In 2019, a gay Chicago establishment, ironically named Progress Bar, momentarily banned rap music — a policy quickly decried as anti-Black. In a recent production of Hi, Are You Single?, actor and writer Ryan J. Haddad, who has cerebral palsy and uses a walker, recounted his isolating inaugural experience at a gay bar: “…the first thing I encountered was a staircase.”

Then there’s the main item on the gay bar menu: alcohol. It would be difficult for those under 21 or dealing with addiction to call a gay bar their go-to safe space.

Even the labels “gay bar” and “lesbian bar” reveal a level of exclusion. According to a Gallup survey released in February, most LGBT Americans identify as bisexual; a new study conducted by Bigeye found that roughly half of Gen Z and millennials think binary gender labels are outdated.

A need for safe space gave birth to the gay bar, but as LGBTQ communities examine what “safe” means in 2021, it’s time for these old institutions to adapt. 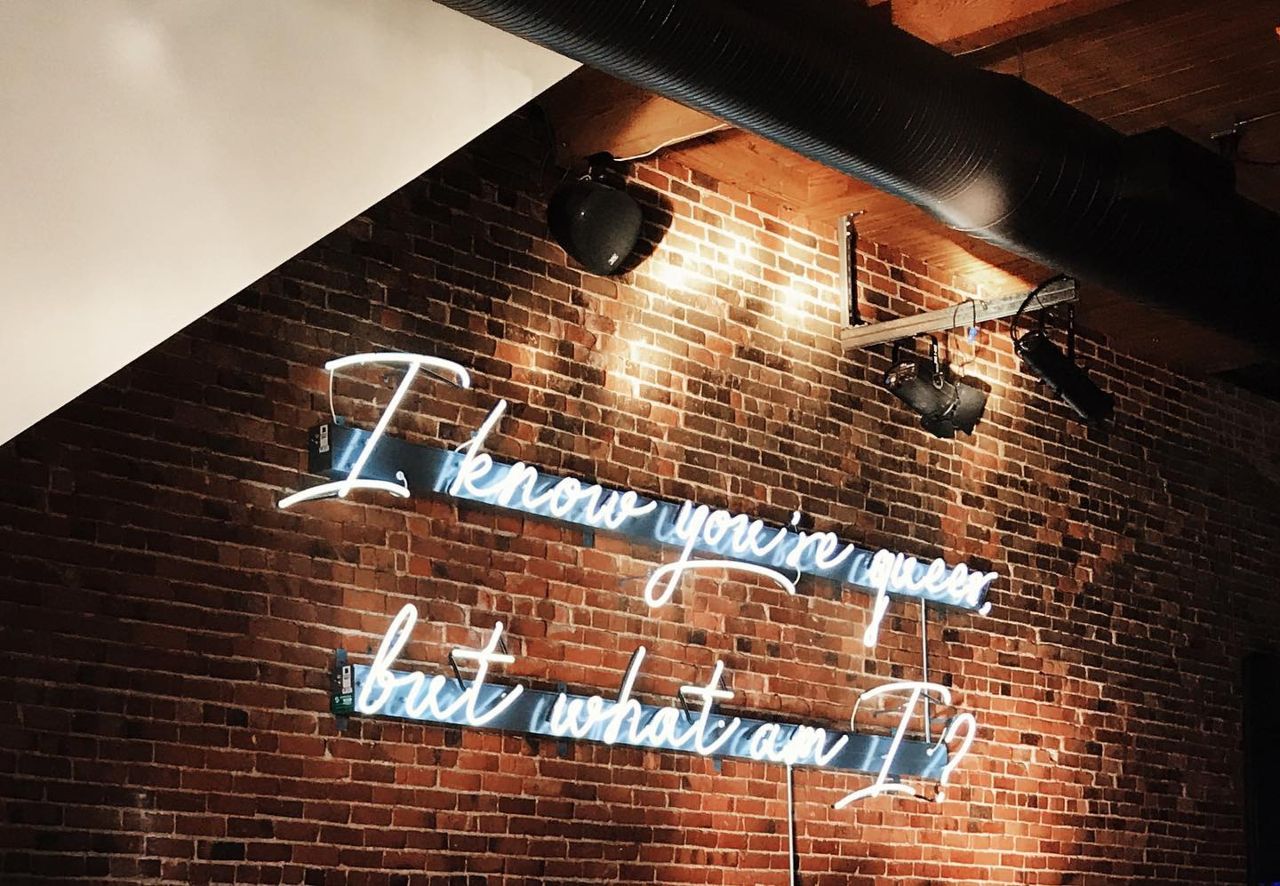 When NYC’s Henrietta Hudson closed last March, owner Lisa Cannistraci called it a lesbian bar. When it reopened on May 15, it sported a new title — “queer human bar built by Lesbians.”

The 30-year-old joint joins a new line of LGBTQ spots choosing to evade the gay-lesbian binary for the inclusive “queer” label. There’s Seattle’s Queer/Bar, which opened in 2017, and Portland’s Local Lounge, which calls itself a “queer community bar” that serves all of their neighbors “no matter their race, sexual orientation, or gender.”

If Rachel Pike and Jo McDaniel can find a brick-and-mortar location for As You Are Bar, which now operates as a virtual hangout, Washington DC will soon be home to a queer bar that’s also an honest-to-God safe space.

The couple intends to hire a diverse staff, prioritize accessibility, avoid excessive sensory stimuli, and offer admittance to those 18 and above. They’ll also encourage responsible drinking by ensuring patrons give enthusiastic consent for the drinks they order.

“I think it’s rare in the bar culture,” Pike told NBC News, “because bars want to sell booze, but more importantly, we want to make sure people are safe.”

Frankie Sharp, an NYC party promoter, is also placing his bets on the power of “queer.” Later this year, he plans on opening a four-story mega club in Hell’s Kitchen — Manhattan’s largest queer-owned and operated nightlife venue. Its name? The Q.

But ongoing success requires more than identity signifiers — a reality with which Henrietta Hudson’s owner Cannistraci is familiar. “We used to be known as the Madonna of lesbian bars because we were constantly reinventing ourselves,” she recently told Grub Street.

Henrietta Hudson’s divey interior was remodeled during the pandemic to invoke the breezy feel of a trendy cocktail lounge. Cannistraci also updated the menu to include charcuterie, cheese, and a well-curated wine list. “Now we’re Cher,” she continued, “the lesbian bar that won’t die.” 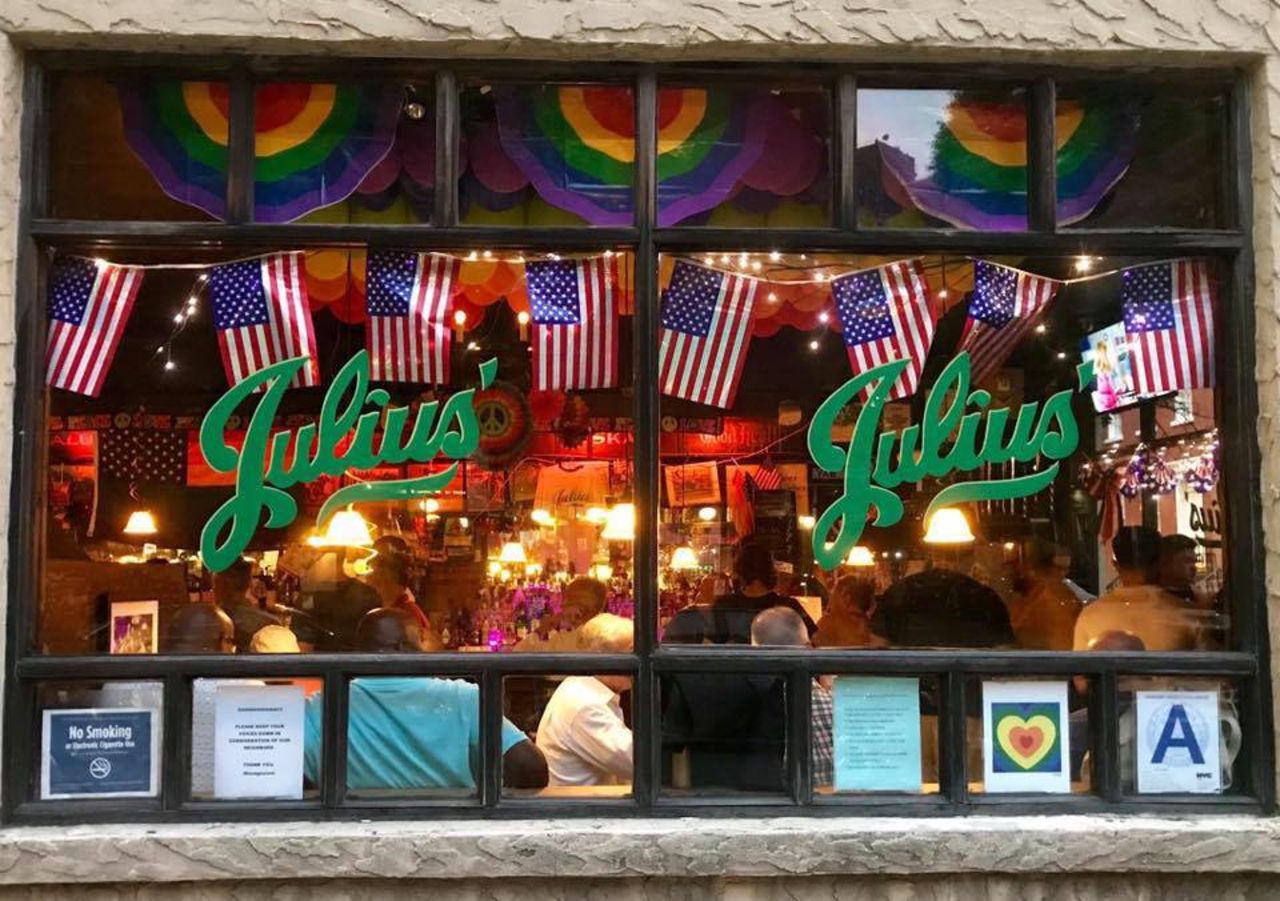 For some old-school gay bars, “safe” is synonymous with “familiar.” Historical significance is both its most important reason for existence and their shot at survival.

Aunt Charlie’s Lounge, which proudly markets itself as the last gay bar in San Francisco’s Tenderloin, raised over $100,000 on GoFundMe to keep it from closing this past year. The bar’s Thursday night party — Tubesteak Connection — transports patrons to the 1970s with era-appropriate décor and a playlist composed entirely of disco.

The Stonewall Inn, which was declared a National Monument in 2016, raised over $300,000 from individual donors since last June. Their website proudly states this is “where Pride began.”

Julius’, an NYC bar listed on the National Register of Historic Places, also took to GoFundMe during the pandemic and raked in over $100,000. Its wooden bar, barrel seats, and wagon-wheel chandeliers are precisely what members of the Mattachine Society would’ve seen when they staged a groundbreaking Sip-In here in 1966.

That’s why LGBTQ people around the country have scrapped the gay bar in favor of nightlife spaces they build from scratch. These progressive parties recognize that a space isn’t defined by an address in an expensive gayborhood but by the people who inhabit it. 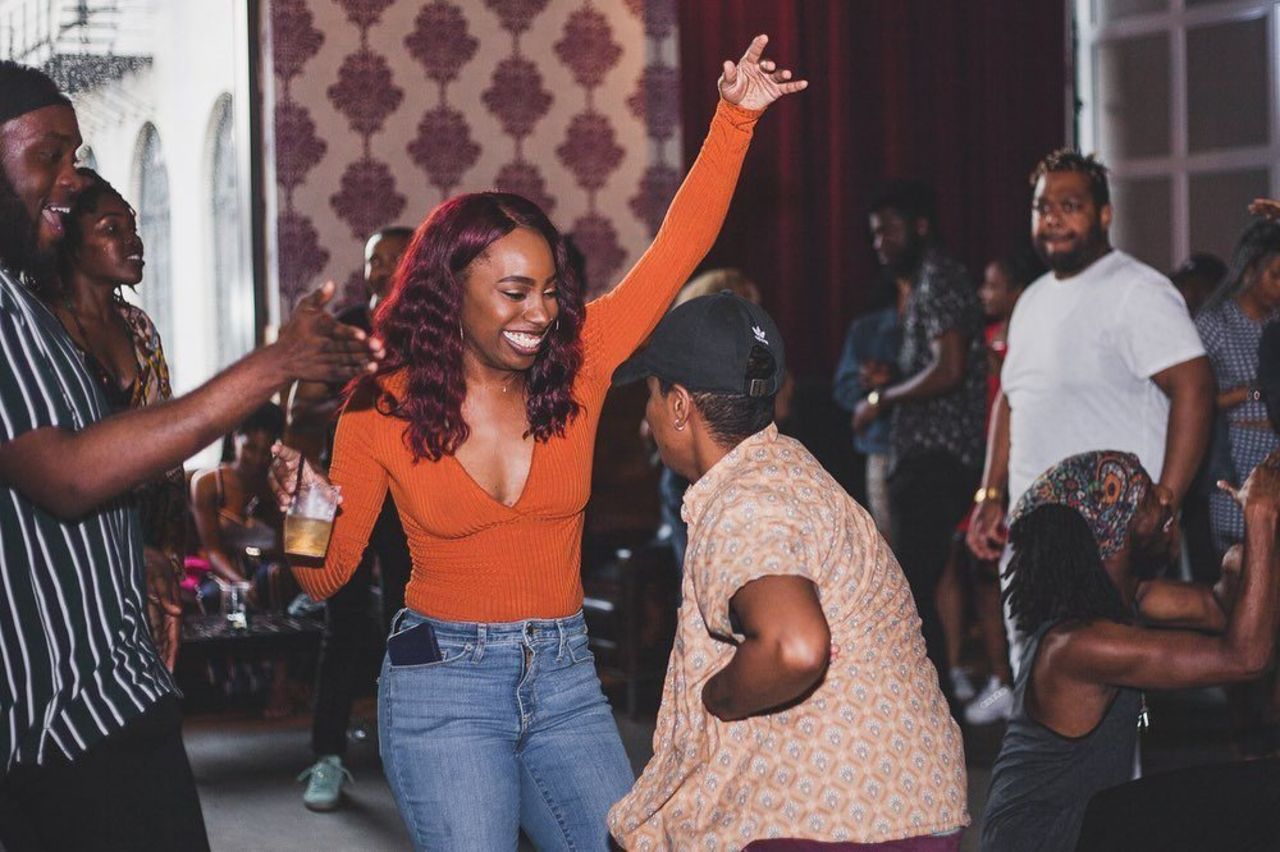 Virtual spaces like Femmepremacy became ubiquitous during the pandemic, proving that in-person gatherings aren’t the only ways to build queer space in contemporary times.

Pop-up queer spaces — both in-person and virtual — match a cultural moment where the definition of “safe” changes with the CDC’s constantly evolving guidelines. These happenings are both spontaneous and flexible. The promoters can amend a party’s rules whenever they see fit. Pop-up parties continually come to terms with their mortality because they only last for a night. They’re made to die and destined to be reborn. Their ephemerality makes them pandemic proof; COVID safe. 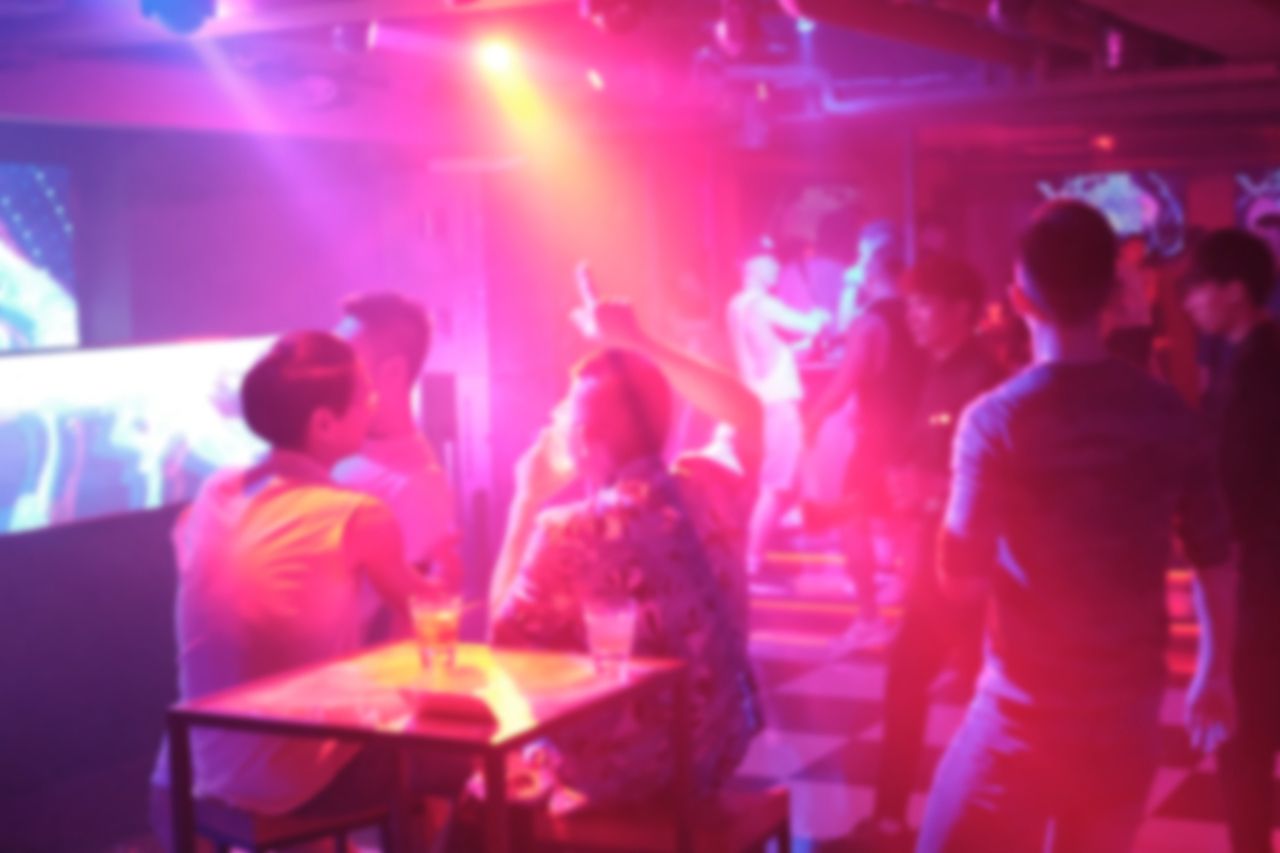 But gay bars weren’t created just to serve as safe spaces. “We did not go out to be safe,” writes Lin, who started going out in the 1990s and began writing his novel chronicling the death of gay bars in 2017. “I didn’t, anyway …I went out to take risks.”

But 52 years after the Stonewall Uprising, we’re no longer beholden to gay bars. People can make queer spaces — and safe spaces — almost anywhere. When LGBTQ people decide to go out in a post-pandemic America, the most challenging thing they’ll encounter is choice. That’s something worth celebrating.

Every type of Japanese sex club and what you’ll find inside
The most romantic couples massages in Las Vegas
How to move to Costa Rica and live there on the cheap
Orgasm workshops are a thing, and these are the best ones to try
9 underrated destinations in the US for a blowout girls trip

How to celebrate Pride all year long

TSA technology singles out marginalized communities — and it needs to end