The year is 2020. Technology has become so advanced and indispensable that it’s an integral part of our daily lives, from how we communicate to how we work. And now, how we relax.

In the age of self-care and living your best life, it’s all about the next big thing that holds the elusive secret to relaxation and beauty: the must-try facial that makes your skin look like it’s never been out in the sun a day in its life, the cutting-edge spa treatment that will finally get rid of that knot in your shoulder. Around the world, spas are breaking the mold of traditional health and wellness treatments to incorporate state-of-the-art technology, new scientific discoveries, and hip trends into their regimes and therapies, bringing the world of tomorrow into their client’s treatment rooms today.

From relaxation pools that look like they could belong at a rave to VR sensory stimulation, these are the most futuristic spa experiences you can try out. 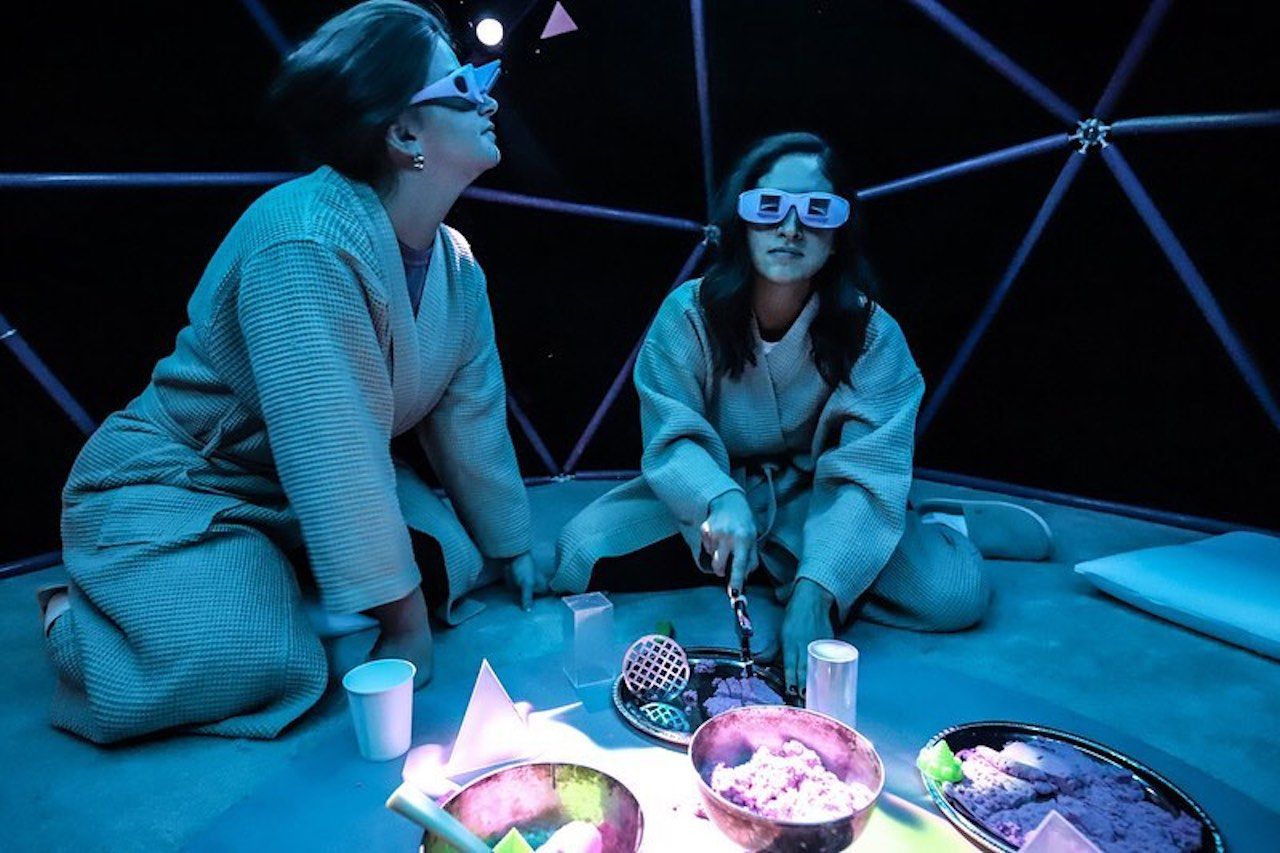 If you’ve spent time online in the past few years, you’re probably familiar with the ASMR trend. Meaning “autonomous sensory meridian response,” ASMR is based on the notion that specific sounds — like a gentle whisper or stroking the tines of a comb — produce fuzzy, tingly, happy feelings in the people that hear them. Luxury Escapism, a playground of dark rooms lit by pulsing lights and filled with odd, visually deceiving objects, takes that idea (and ASMR) to the extreme with its treatments, which focus on multi-sensory relaxation with the aid of virtual reality.

Located in a nondescript building in Brooklyn’s DUMBO neighborhood, guests rotate between different rooms and experiences that use “immersive technology” to provoke “tactile stimulation,” such as a Sonic Sauna where guests relax in a dark room while ASMR-optimized sounds are playe or a Rainbow Bed that vibrates while you’re off in a soothing VR world. Sessions last roughly two hours, and guests have reported leaving feeling blissfully relaxed, both physically and mentally, all without a therapist even laying a finger on them. 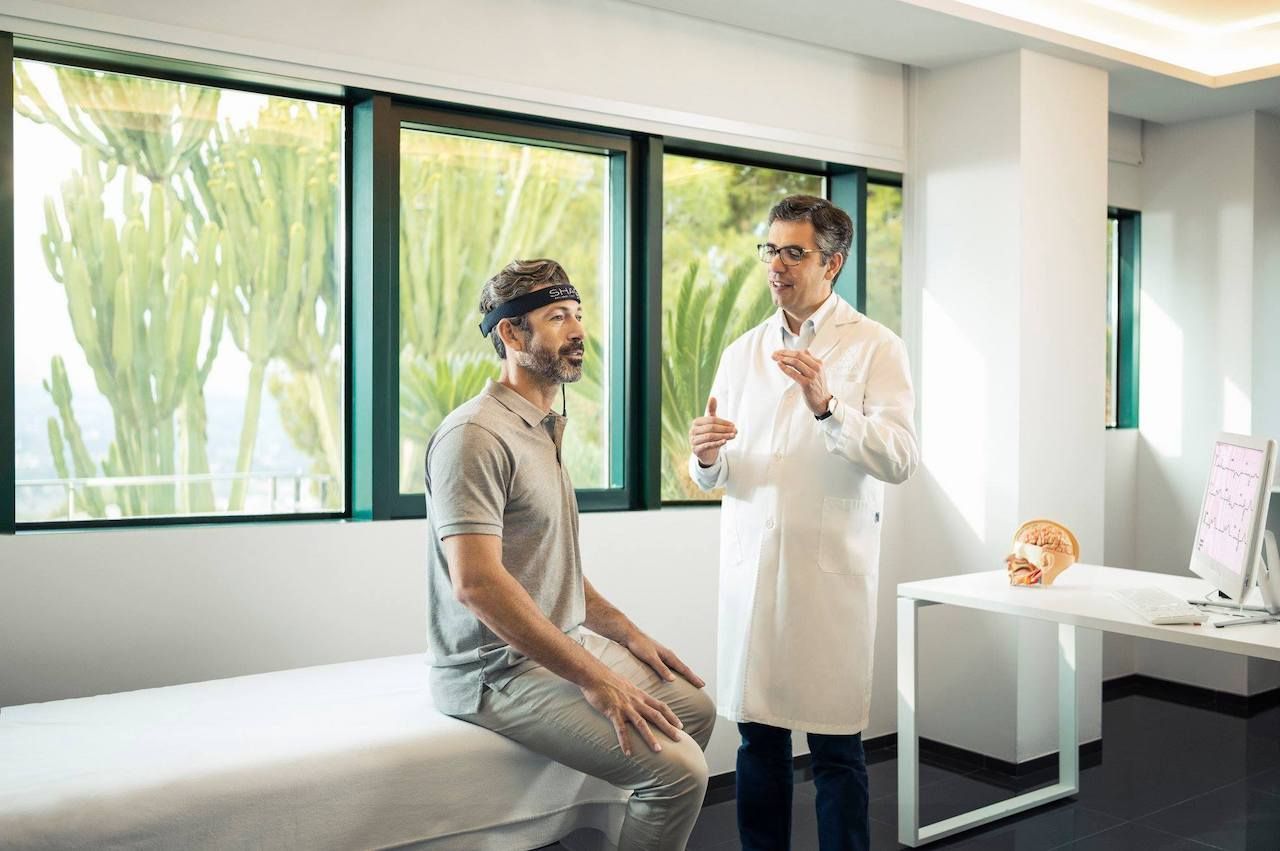 One would think that treating yourself to some R&R on Spain’s sunny Mediterranean coast would be more than enough to cure what ails you, but the SHA Wellness Clinic in Alicante goes further. The high-end retreat, housed in a Jetsons-esque multi-terrace building of stark-white walls and gravity-defying infinity pools, has amassed quite the reputation for its unorthodox, highly personalized, and very expensive spa, detox, and wellness offerings.

Catering to those who are looking for alternative ways to improve themselves, inside and out, Dr. Bruno Ribeiro do Couto and his famously out-there (and controversial) “brain boosting” treatments are non-invasive neuro procedures that are reputed to have a wide range of beneficial effects on the brain, such as improved memory and energy, better sleep, and a more positive and energetic state of mind. The clinic offers two types of neuro treatments: photobiomodulation and transcranial current stimulation. The first uses infrared/red light to stimulate, regenerate, and heal brain cells in dormant sections of the brain while the others use electrical currents. Meddling with the brain doesn’t come cheap, however: Prices start at $4,000. 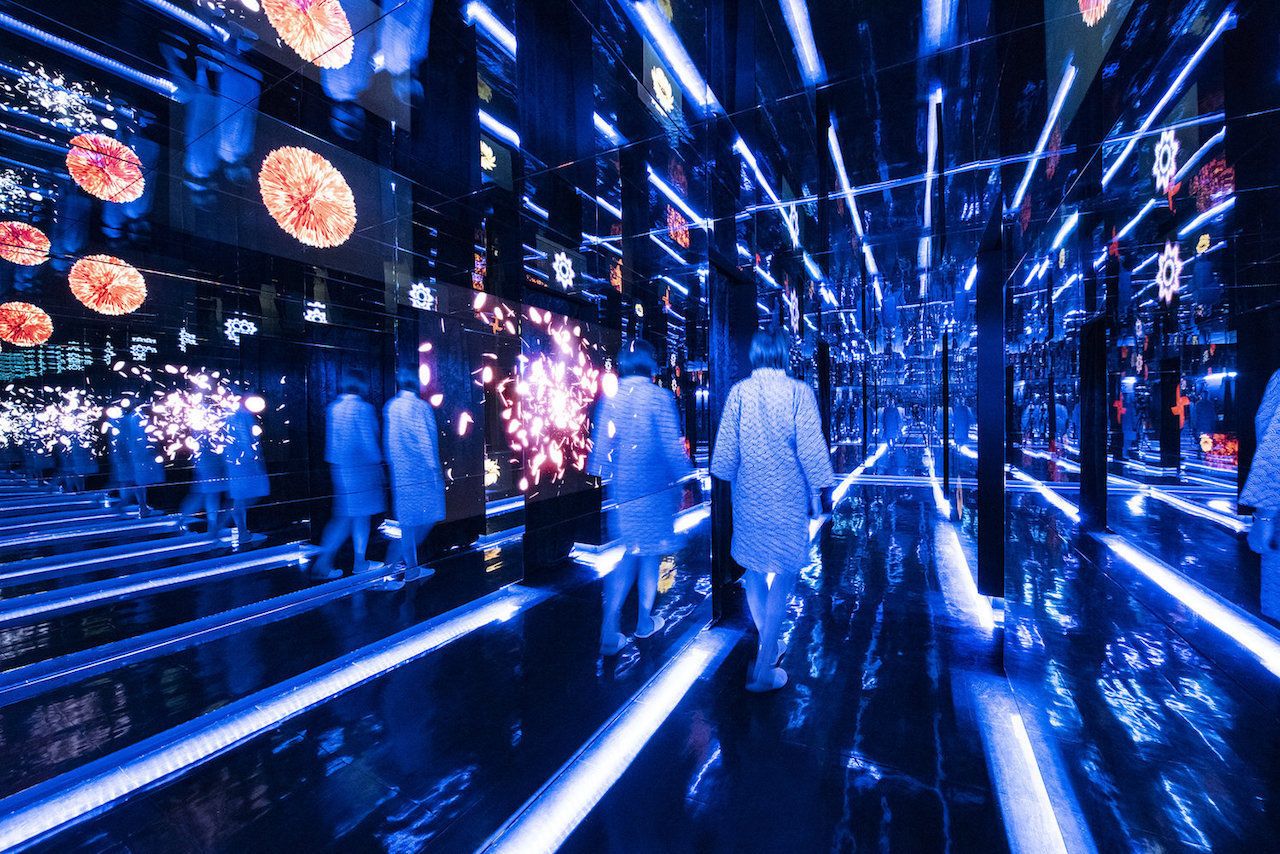 This head massage is so effective, the spa is called a “sleep time machine” because clients fall asleep so quickly that they wake up at the end of the massage thinking that no time has passed at all. The chain’s first US outpost launched last year in New York City, and the Zeccho head massage (which roughly translates to “the highest feeling of euphoria”) combines elements of medical science, massage, psychology, and acupuncture to create a highly specialized head massage. In addition to releasing dopamine, improving blood flow, and relaxing muscles, the treatment has most people nodding off during the massage itself.

It has quite a cult following in Japan, where Goku has reported there is a waiting list of over 436,000. Treatment aside, Goku’s interior design is also ultra-futuristic, with mirrored, neon-lit hallways similar to a Yayoi Kusama exhibit and zen lounges of calming blue light. 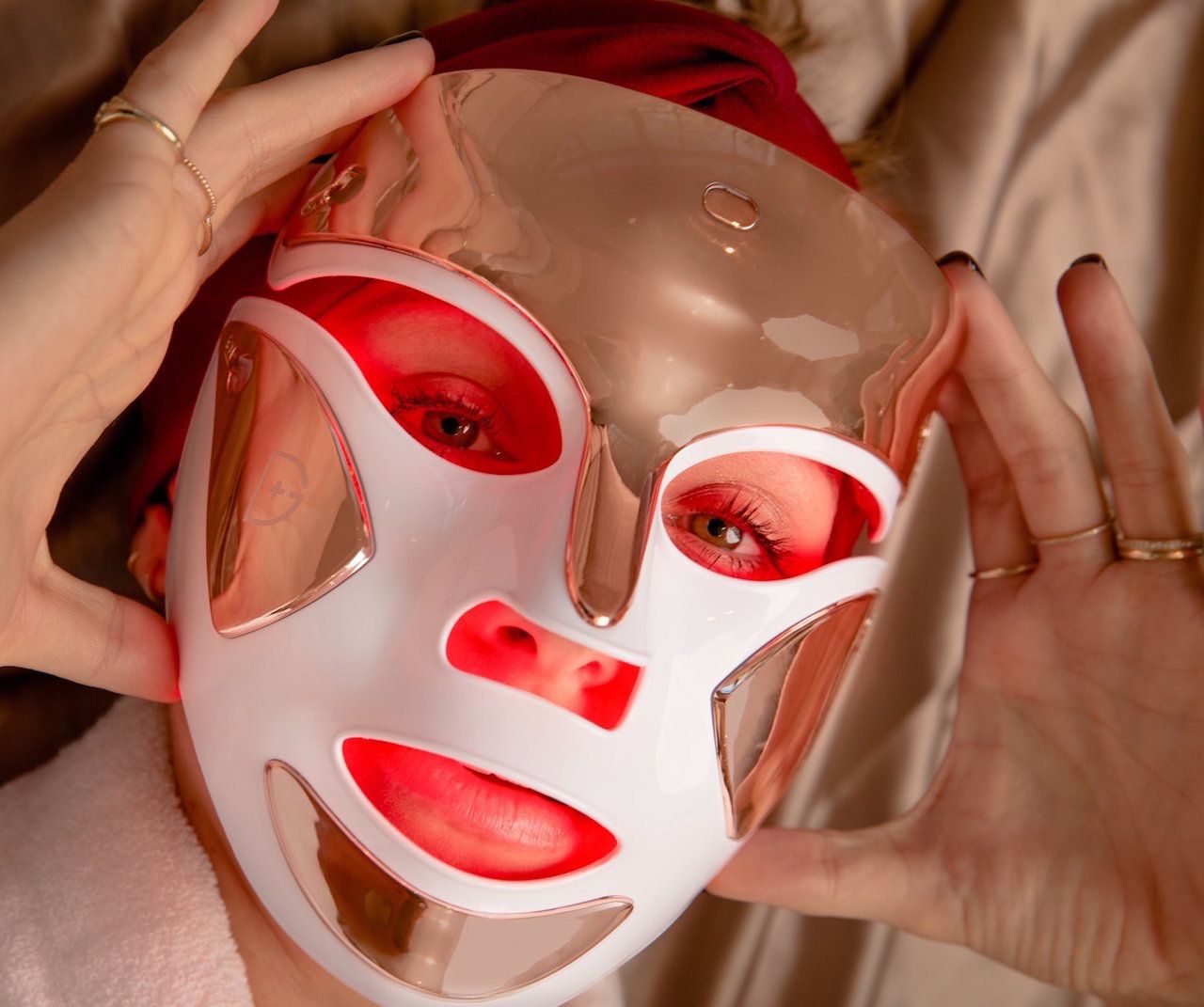 Face masks are great for addressing all kinds of skincare issues, they’re affordable, and let’s be honest, they look great in those “self-care” selfies. Now, how about a mask that looks like something out of “Tron” and uses colorful LED lights to fight acne and give you the most innovative, techy facial of your life? This is not something from a sci-fi film but a creation of skincare expert Dr. Dennis Gross.

These hands-free masks, which are covered in white and rose gold, use 160 narrowband, non-thermal LED lights which, while glowing and lighting up your skin in eerie shades of red and blue, activate the natural regeneration processes in your cells. First, the red mode stimulates collagen production by penetrating deep into the cells, then blue mode destroys acne bacteria. Overall, it also reduces lines and improves the firmness and appearance of the skin as well as preventing future breakouts. A single session lasts about three minutes, and its users (who look like skincare robots from the future) swear by it. Best of all, you don’t even need to go to Dr. Gross’s practice in NYC to get treatment; you can buy your own for a cool $435 and use it at home. 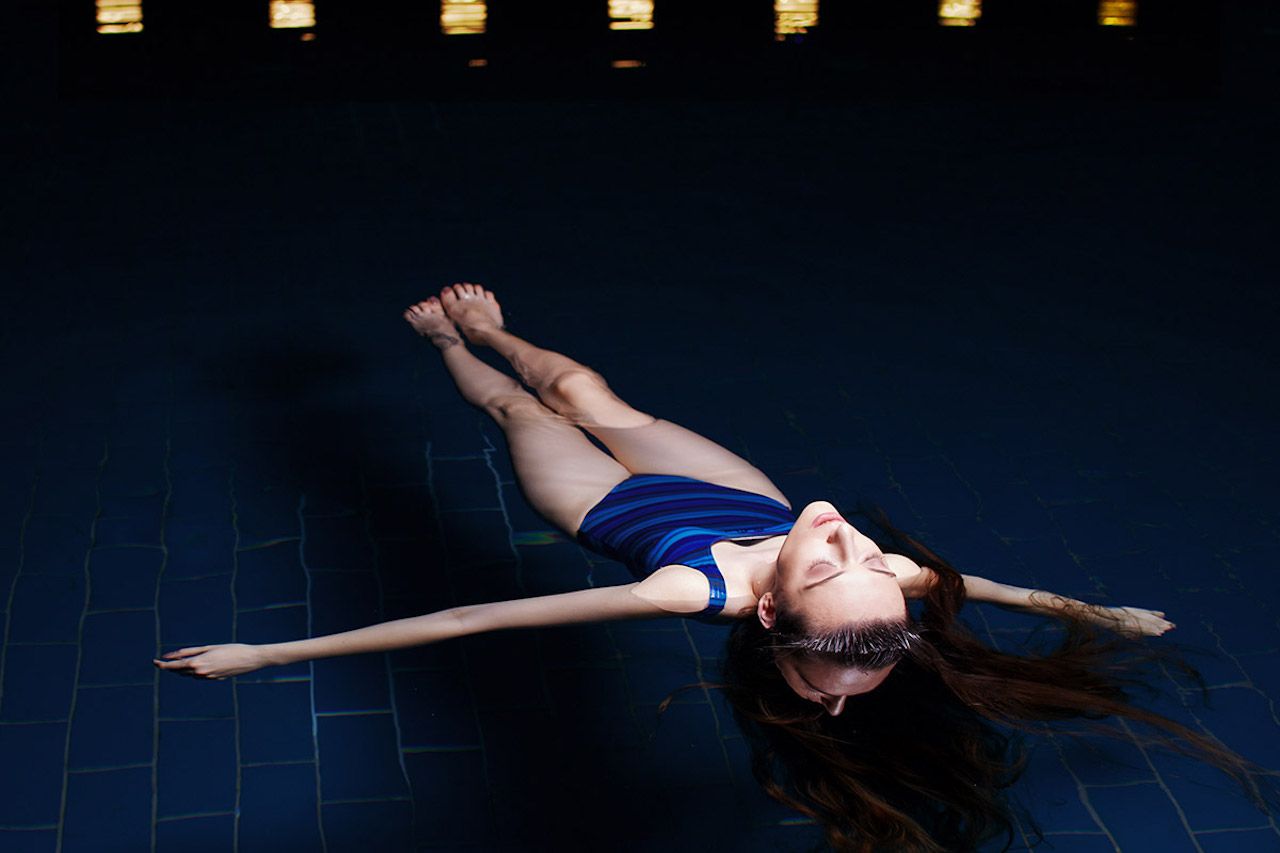 Saltwater float pools have become all the rage ever since Eleven used one to connect with the Upside Down in Stranger Things. The buoyancy of the heavily salted water makes you feel utterly weightless, allowing you to disconnect and disassociate from your surroundings. But the Liquidrom in Berlin adds a sci-fi twist. Housed in an almost sinister-looking, circus-tent-like building, the Liquidrom’s crown jewel is its floating pool. Under the dimly lit arches of a domed cupola, guests float in the warm, salty water while strobing lights and music (ranging from classical to electronic) pulse through the water, giving the illusion that you are floating on nothing, completely surrounded by sound. Very Stanley Kubrick. 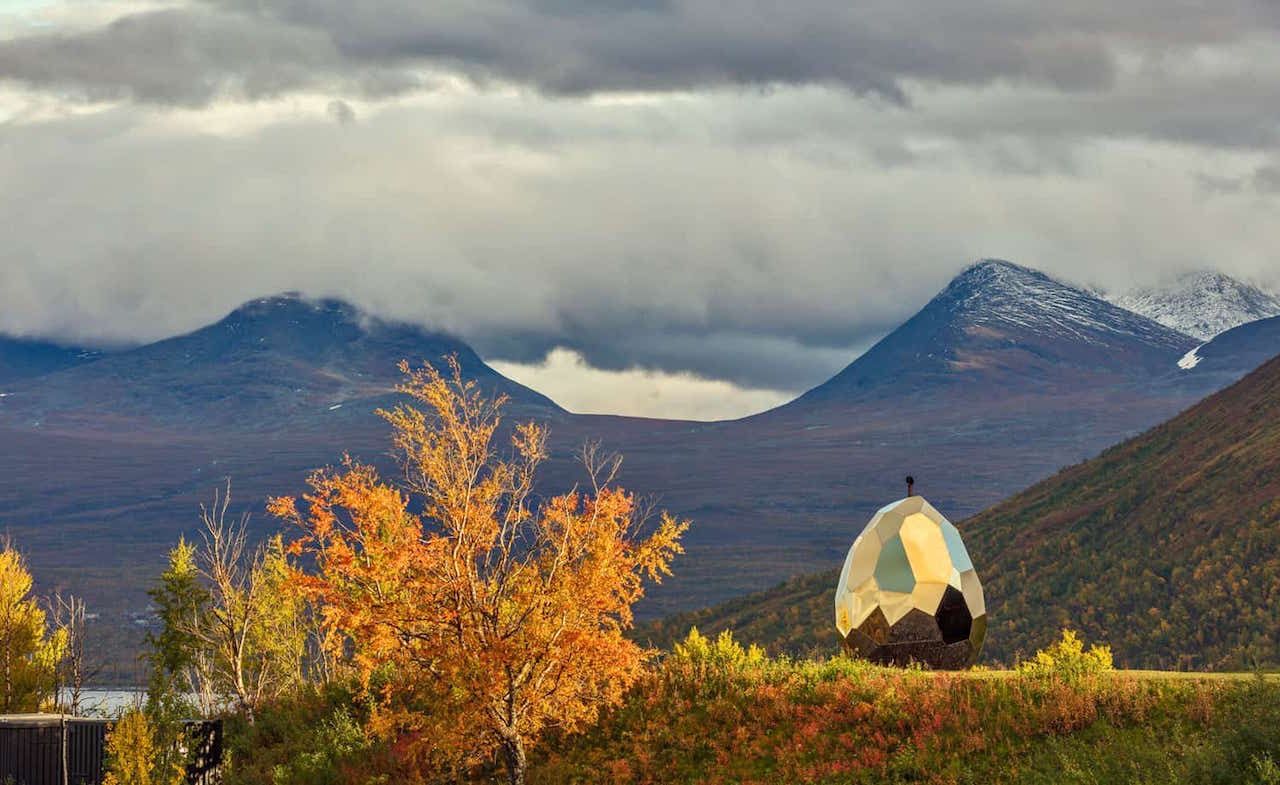 If you came across a giant, gleaming golden egg in the middle of Swedish Lapland, your first thought would probably be that you’d found an alien spaceship. But no: The Solar Egg, located on the outskirts of the town of Kiruna in the far north of Sweden, is actually a sauna. The 15-foot tall, golden-plated egg, which was created by Swedish artists Bigert & Bergström, was a gift to Kiruna from the Swedish government after the town was forced to relocate due to the over-mining of iron ore, which caused sinkholes. As such, locals have free use of the sauna, but visitors can also partake of the toasty interior, which is warmed by a stove in the shape of a human heart. With Kiruna sitting 90 miles north of the Arctic Circle, temperatures in winter plummet to single digits, so cozying up in the Solar Egg’s austere, timber-clad interior to heat up and sweat out is just what the doctor ordered.

Vegetarian2021 Is the Year To Try a Vegan Hotel. These Are the World’s Best
Tagged
Wellness
What did you think of this story?
Meh
Good
Awesome