Around La Paz, the capital city of Mexico’s Baja California Sur, locals are known as Los Paceños. The “Peaceful Ones,” visitors quickly discover, are proud to show off the culture, arts, and cuisine of their city — a trait that keeps the heart of La Paz beating strong even as the bigger and louder tourist towns of Mexico succumb to development.

Many come for whale watching season — but that is far from the only reason travelers should escape to La Paz. Perhaps you’re seeking an experience only offered in truly authentic coastal towns, or maybe just a haven hideout from the region’s strikingly cold winds. No matter the reason, a trip to this laid-back capital town is worth the visit.

There are two main options for getting to La Paz: Fly into San José del Cabo and commute two hours north, or fly from Mexico City into La Paz. Flights from major US cities to Los Cabos can be as little as $350 and up to $550. To Mexico City, flights are often slightly cheaper at $200 to $450, and the connecting flight to La Paz can range from $60 to $160.

After landing in Los Cabos, it is easiest to coordinate hotel and transfer services through EcoBaja Tours, which will pick you up and deliver you to your destination, be it the airport to the hotel or the hotel to your day-trip destination. 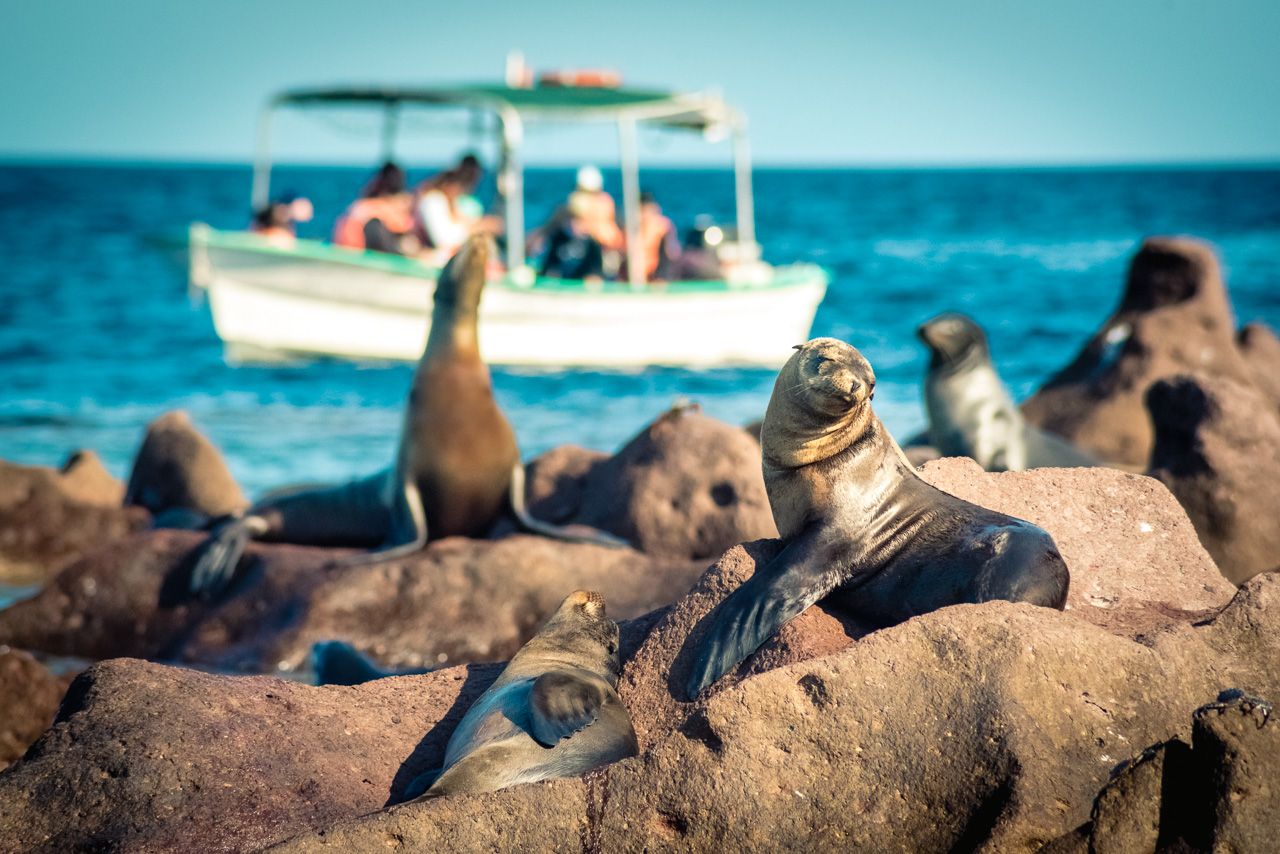 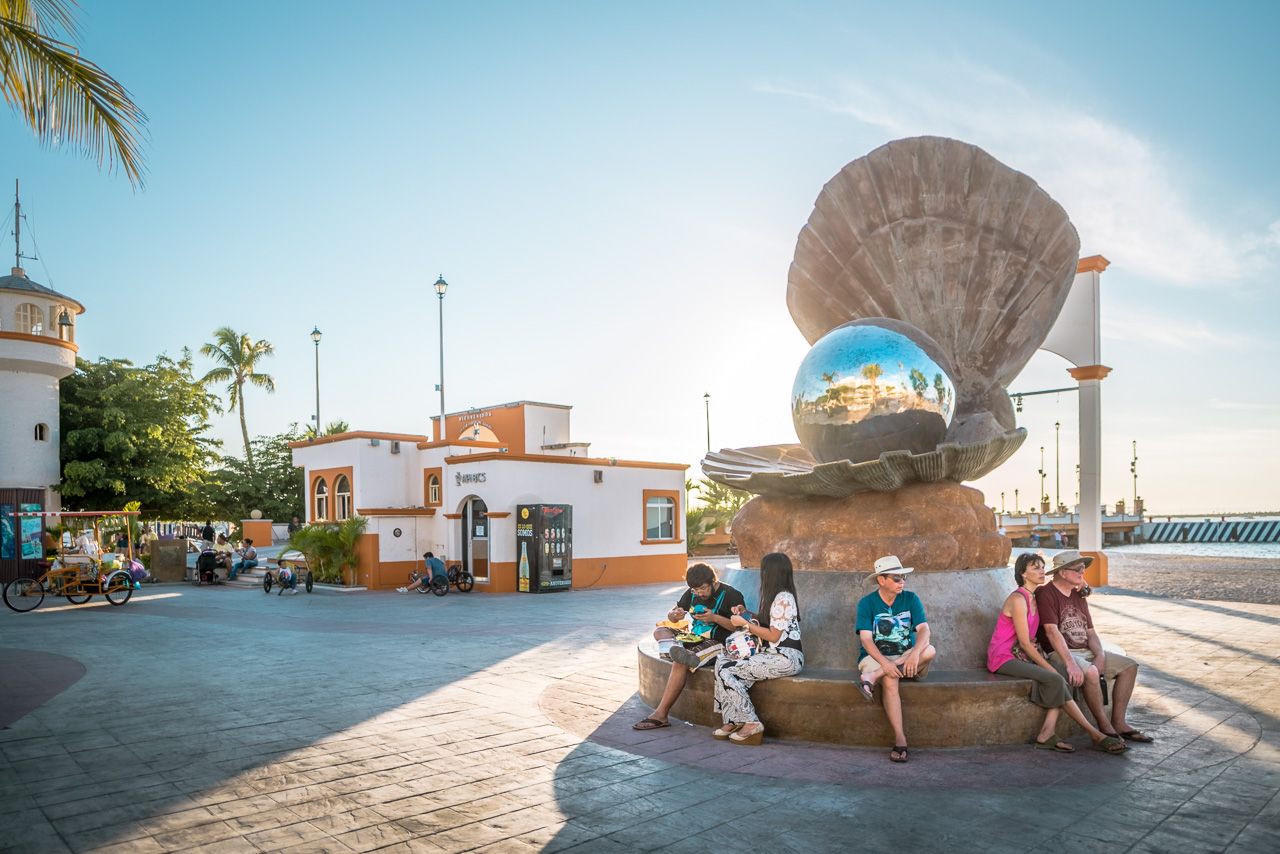 Wake up early for the cheapest and most authentic breakfast in town at the Mercado de Municipal General Nicolás de Bravo. Though there are several to choose from, this market offers the most and operates daily from 6am to 4pm, with the exception of Sundays when it closes at 2pm. Arrive at Gorditas El Cacheton shortly after opening at 7am to beat the crowd. Try a chile relleno taco or an empanada made fresh each morning ($1.35-$4).

Take lunch along the malecón at Bismarkcito with a breeze and a view of the bay of La Paz. Opening as a street cart in 1968, the restaurant now operates out of the three storage units it purchased to keep up with demand. Although known for its tacos, the stuffed chocolate clams, a local delicacy and some of the largest bivalves one can eat, is the dish to order ($5-12 for small to large entrées).

Located inside the expansive Costabaja Resort, Azul Marino skims the marina. It’s owned by two sisters — the fish served each night is caught by one and prepared by the other. Visiting fishermen and women can also bring their own catch of the day to be prepared. For a leisurely dinner, start with the fish tartar and end with crème brulée ($11-30 for mains).

End the day with a nightcap of mezcal tastings at La Miserable, an artful dive bar complete with a resident cat that presides over the cash register. Most are familiar with tequila, but its smokier cousin mezcal is rapidly growing in popularity. A two-ounce pour starts at just under $4, but beer can also be ordered for as little as $1 or as much as $4 for local craft brews. 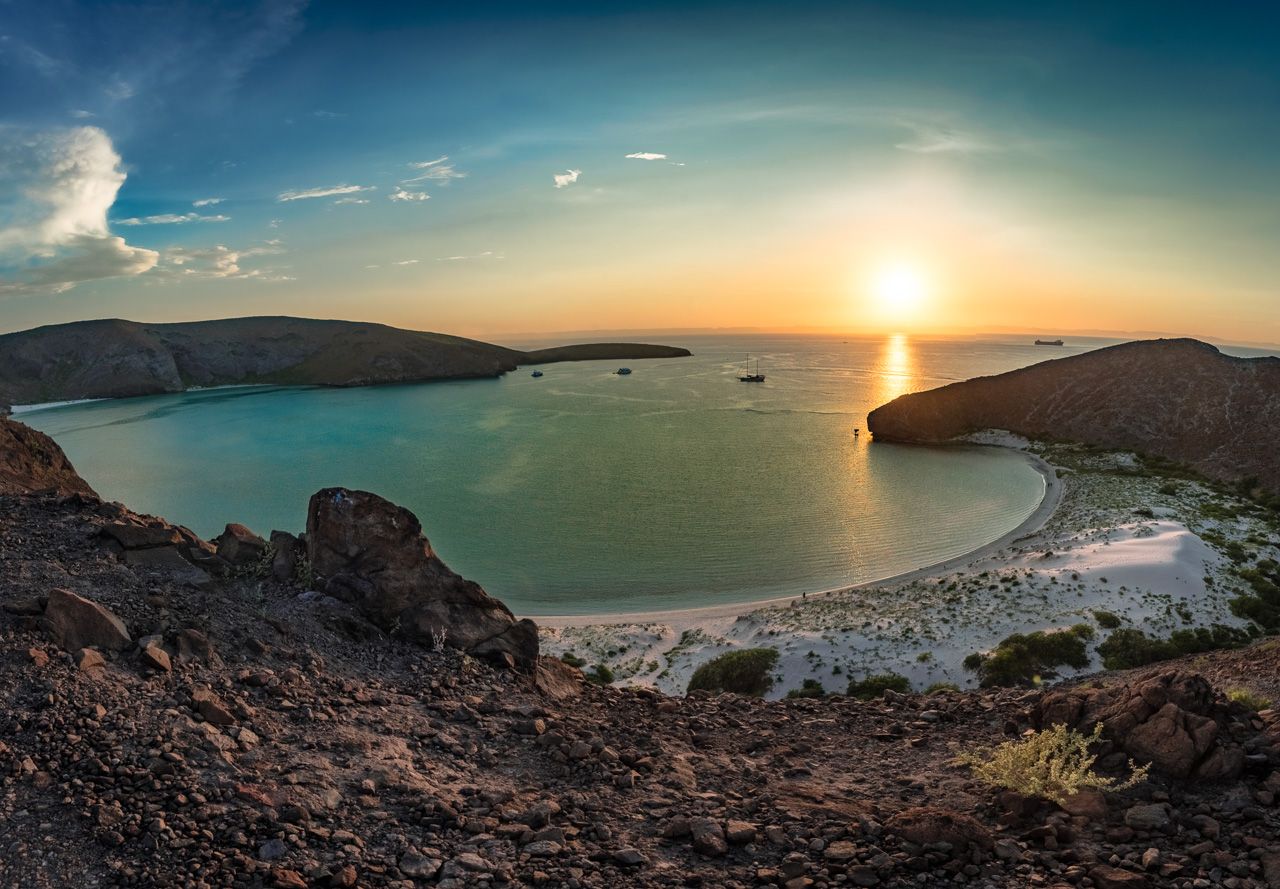 This post is proudly produced in partnership with Visit Mexico.
Tagged
Insider Guides
What did you think of this story?
Meh
Good
Awesome