The two whales, named Little White and Little Grey, were born in Russia in 2008. They spent the first years of their lives in a whale research center after which, in 2011, they were transferred to Shanghai’s Changfeng Ocean World, where they performed for nine years. In 2012, Merlin Entertainments acquired the amusement park and began an extensive research process to find a new home for the animals. This is how Little White and Little Grey found themselves in the care of Sea Life Trust, which devised a plan to transport them to Iceland where they could live in a more natural environment. 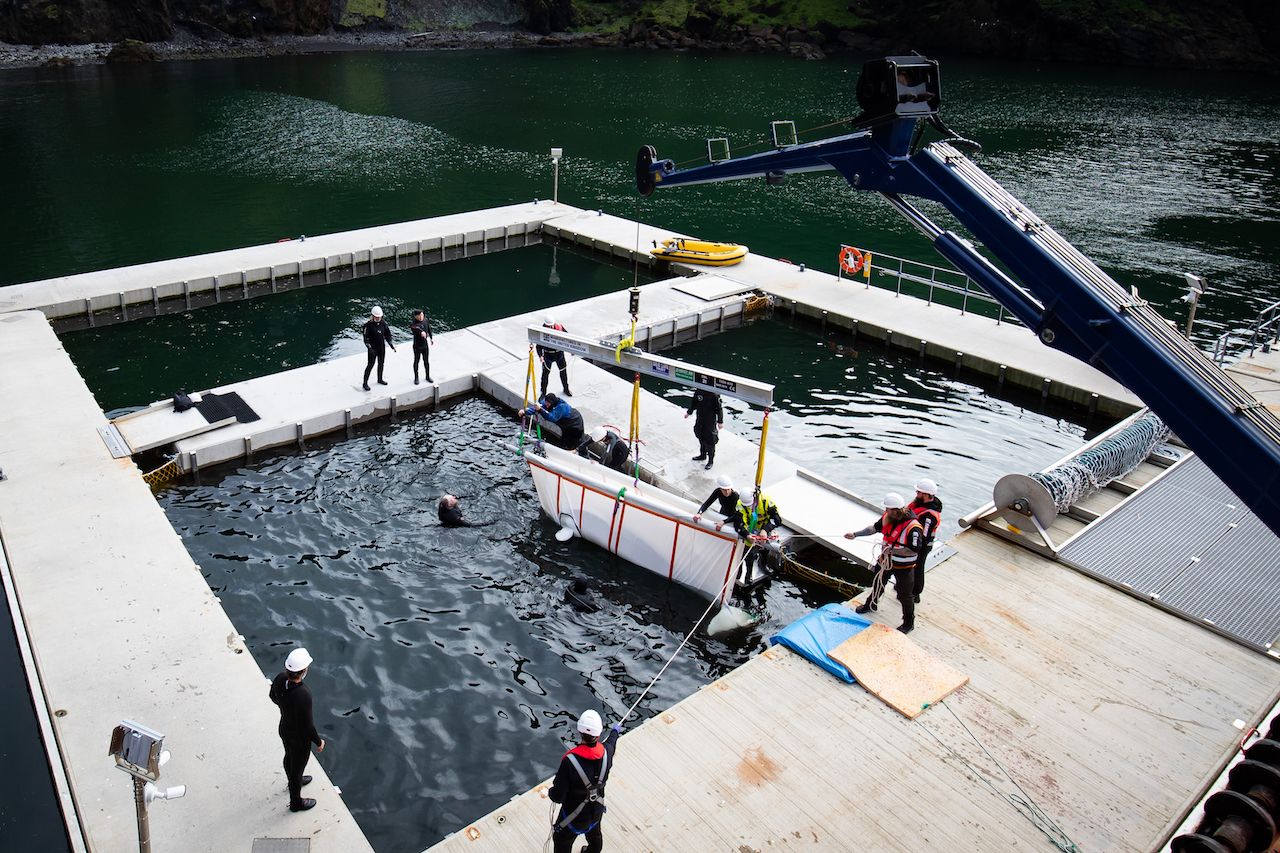 After a 6,000-mile journey that included transfers via ferries, trucks, and a special branded Boeing747-400ERF freighter, the whales finally reached Iceland on August 7, 2020. The journey was set to finish in 2019, but according to the sanctuary’s Twitter account, the whales became sick on one occasion and needed more time to acclimate to the new climate. Since their arrival, Little White and Little Grey have been adapting to the colder temperatures and building up their blubber. 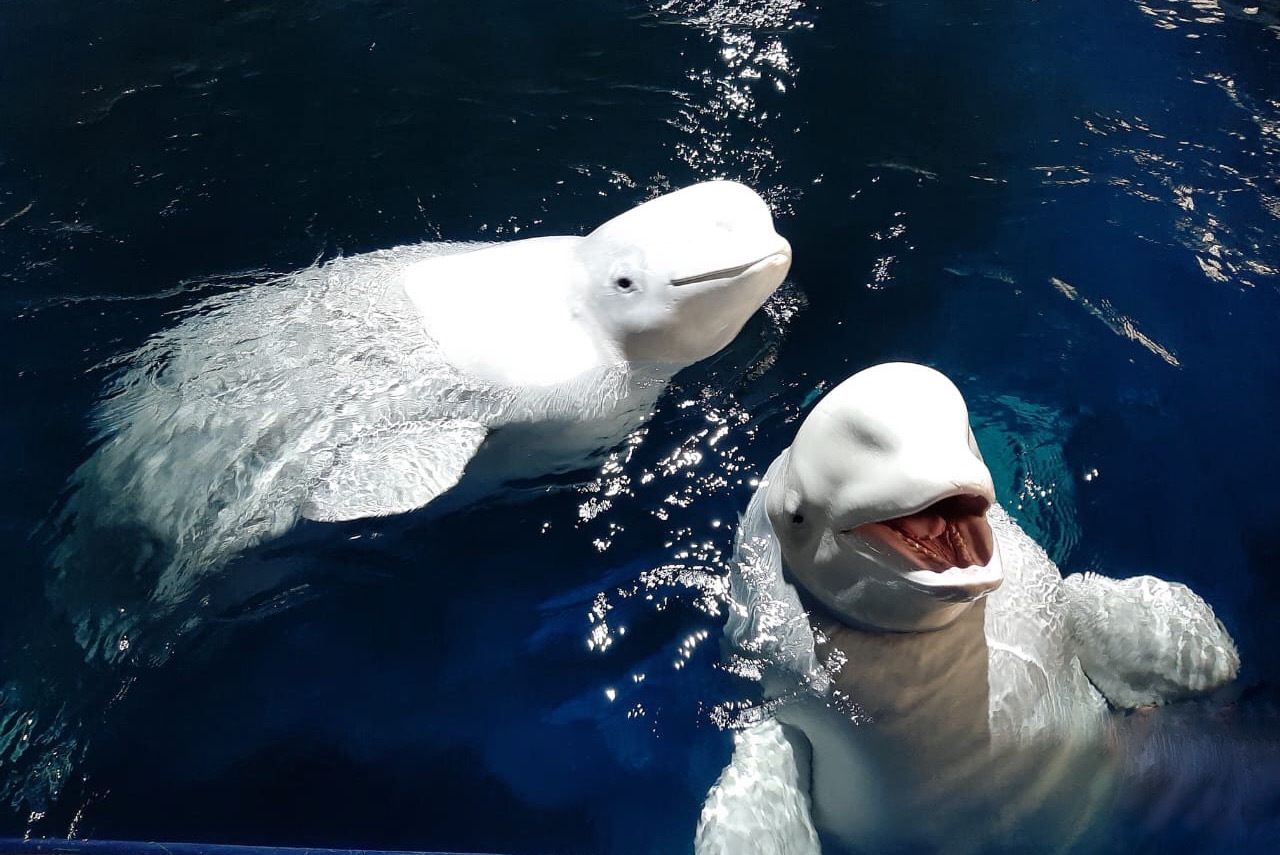 This week, the belugas were released into the sanctuary that lies on the southern side of Iceland, near Heimaey. It offers a space that’s safe and protected from the elements; the whales will be under 24/7 care of scientists, who will monitor their adaptation into their new habitat.

“We’re absolutely delighted to be able to share the news that Little Grey and Little White are safely in their sea sanctuary care pools and are just one step away from being released into their open water home,” Andy Bool, head of Sea Life Trust, told Lonely Planet. “Following extensive planning and rehearsals, the first stage of their release back to the ocean was as smooth as we had hoped and planned for. We are carefully monitoring Little Grey and Little White with our expert care team and veterinarians and hope to announce their final release very soon.”