This summer, literally the entire world will be heading to Tokyo. If you’re among the hundreds of thousands of people planning to hit the summer Olympics during July and August, chances are that at some point you’re going to want a peaceful escape from the perpetual crowds. Sure, Japan is full of tranquil onsen spas, and there’s plenty of opportunities for forest bathing, but nowhere really provides peace, silence, and isolation like the undersea world. We talked to the experts at PADI — the largest SCUBA certification organization in the world — and they hipped us to seven spots within a day of Tokyo with some of the most unheralded dive sites on Earth. 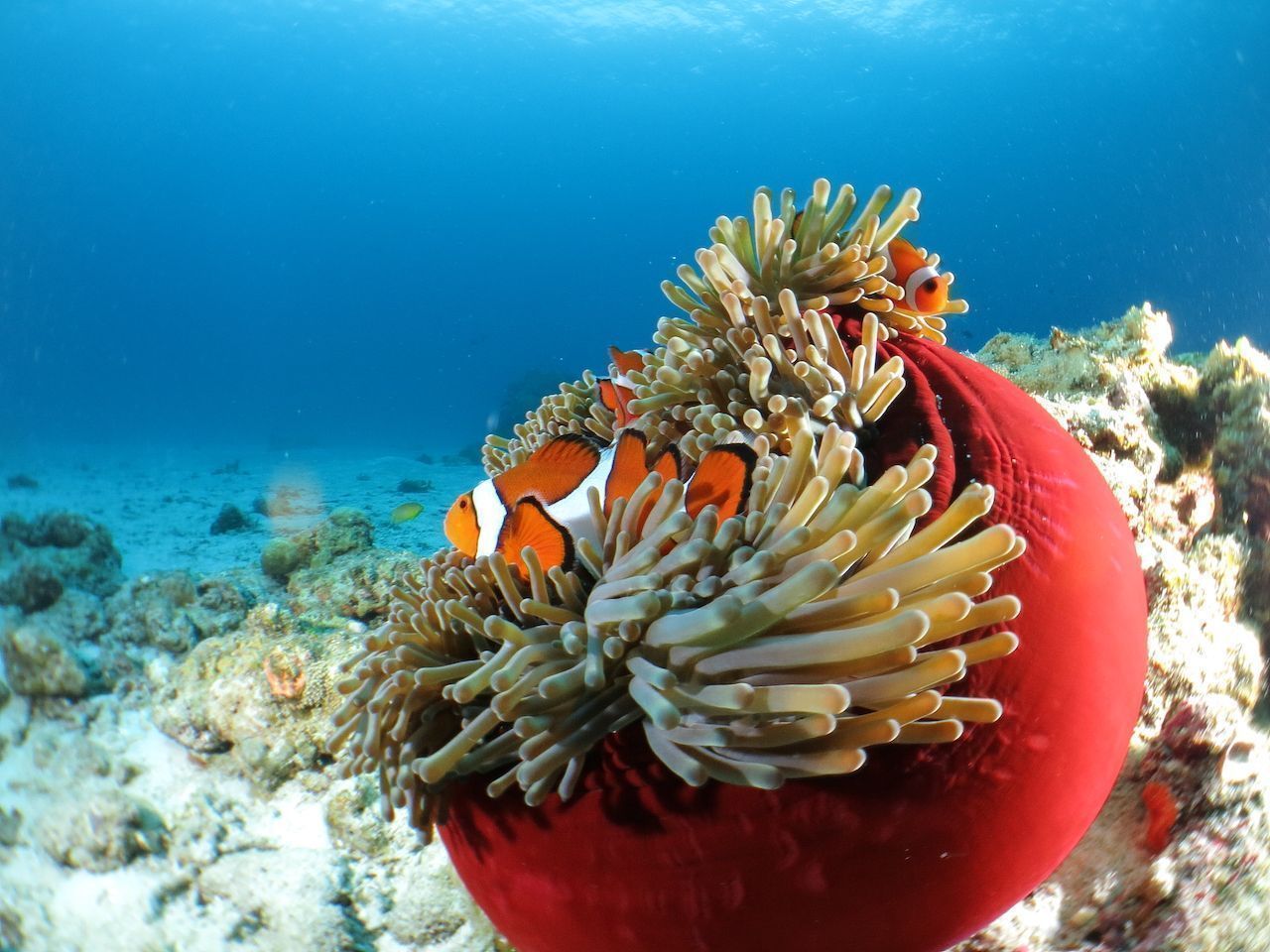 The closest — and easiest — dive site to Tokyo is Hayakawa, a fairly easy shore dive that’s accessible for anyone who wants to learn SCUBA on their trip. Its train station is a couple of stops before Atami and the Izu Peninsula, leaving you about a 10-minute walk to the shore (you can rent tanks here too, so you don’t need to worry about lugging your gear on the train). Once in the water, you’ll find a nice, sandy bottom and plenty of sealife. Bring your camera along and snap selfies with stingrays, octopi, frogfish, and batfish if you can catch them. 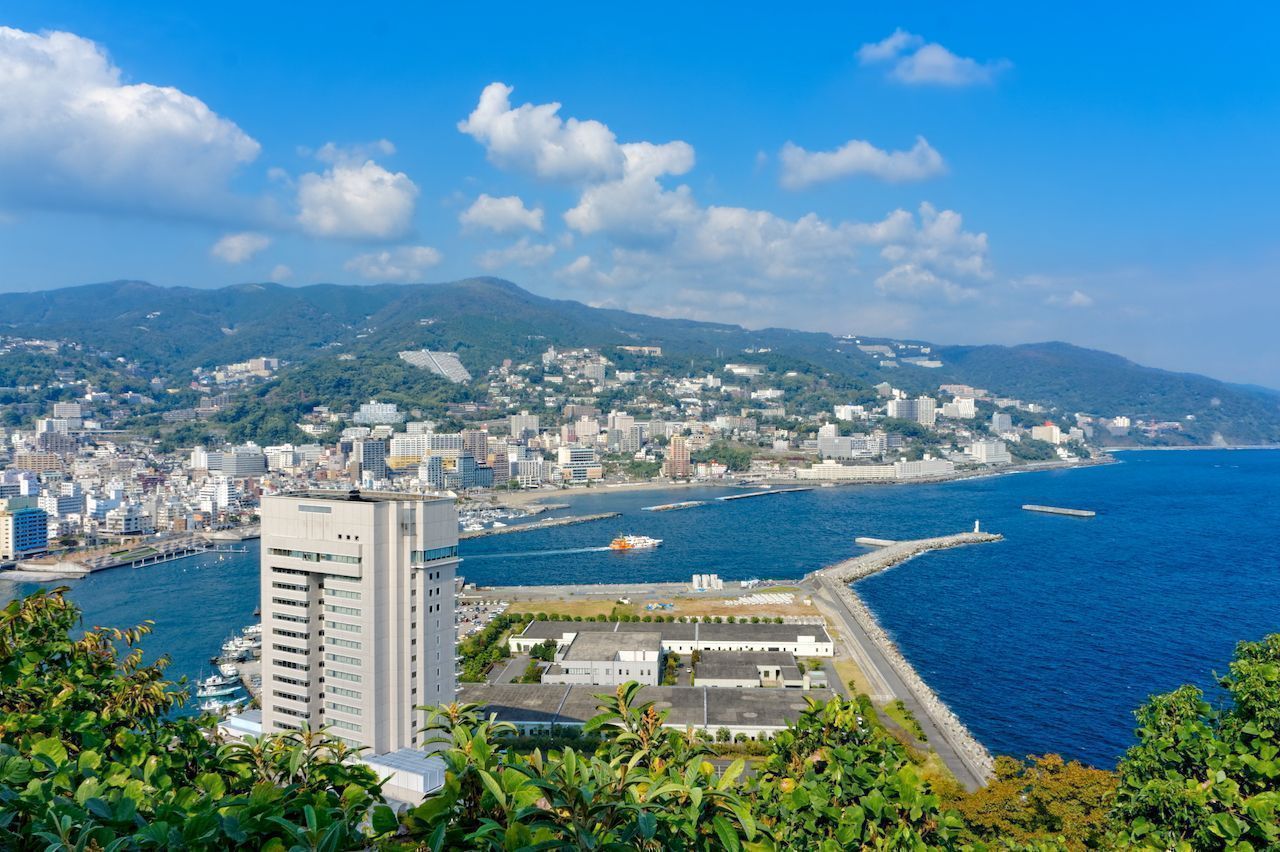 Your best bet for wreck diving near Tokyo is at the beginning of the Izu Peninsula in Atami. The hot spring town also boasts the only wreck off Honshu island, colloquially called Chinsen — which translates to “wreck.” That not-so-creative name actually describes the Asahi Maru, a 370-foot freighter that sank during a typhoon in the ‘80s, splitting in half, and dragging two tugboats down with it. It now sits at 80 to 100 feet of depth, and is covered in hard and soft coral.

The dive itself isn’t exceptionally hard, if you’re used to some depth and moderate currents. Advanced divers shouldn’t have a problem, and if you want to swim aboard, it offers plenty of openings. What it doesn’t have much of, however, are swim throughs, so if you’re cool to just appreciate it from the outside, you’re not missing much. You’ll also find plenty of marine life feeding off the corals, including moray eels, nudibranchs, and spider crabs. 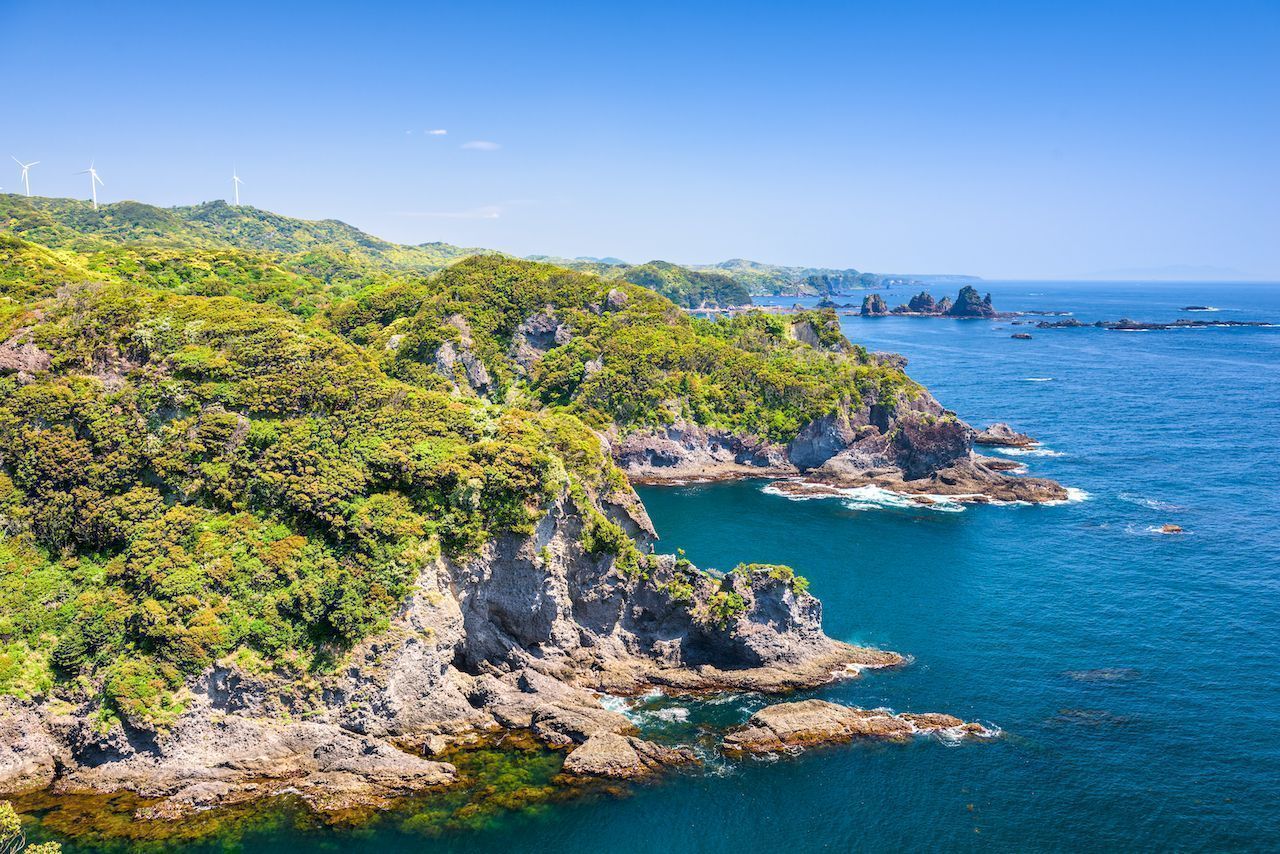 It’s amazing that one can feel like they’re smack in the middle of the Caribbean a mere 40 minutes by train from Tokyo. The shinkansen, or bullet train, will take you from Tokyo to Atami on the Izu Peninsula, a lush volcanic region that looks a little like St. Lucia or Dominica. The peninsula’s eastern shore is home to the Izu Oceanic Park, where dive shops, swimming pools, and soft Caribbean music provide the jumping off point to some of the best diving in the country.

Once in the water you’ll find plenty of soft coral and volcanic boulders, with sea fans, dragon moray eels, stingrays, and brightly colored fish abounding. The dives are easy, and many can be done right off the beach, so no advanced certification is needed if you want to get a taste. Once you’re on the surface, you can also enjoy the park’s hot tubs to warm back up, or try some of the barbecue served on site. 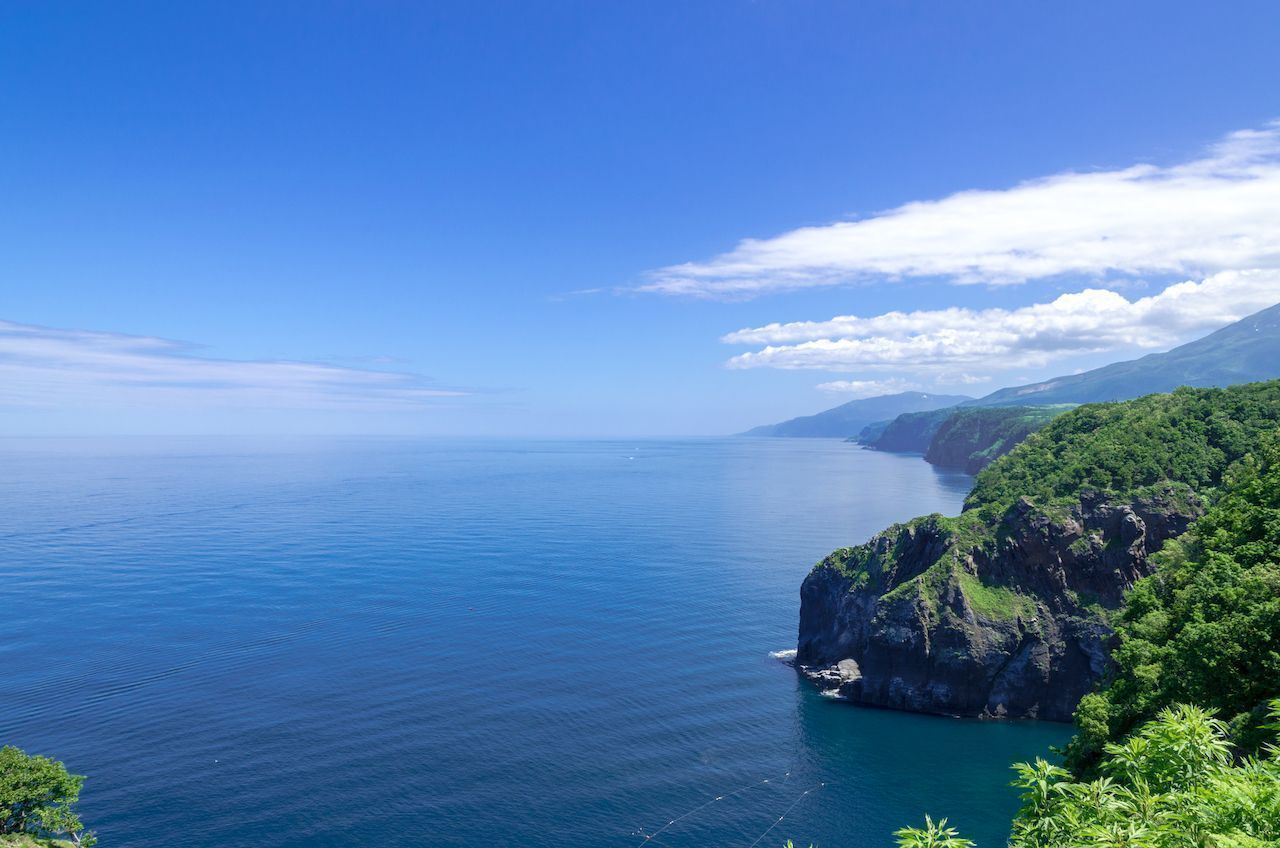 While it’s not exactly close to Tokyo, if you’re looking to get out of the city, into nature, and under the water, this peninsula on the far northeastern corner of Hokkaido offers a cool, lush escape. In the winter, the area is best known for its ice diving, and while you’re best advised to take a dry suit course before trying it, the cold water marine life is like nothing you’ve seen on a tropical vacation. The underwater critter highlight are sea angels — or cliones — transparent shellfish with small wings and a bluish tint.

If you’d rather be a little warmer during your trip, most of the peninsula is a UNESCO World Heritage site, and you can easily spend a few days exploring its wonders. In the northern region you can take a short hike to Furepe Falls, which drop from a brilliant green hillside straight into the ocean. You can also kayak past the massive rock faces along the coast, or take the hour walk around the Five Lakes spotting bears and other wildlife. If you’ve rented a car, head to the town of Kiyosato and behold the bright blue waters of Kaminoko Pond. 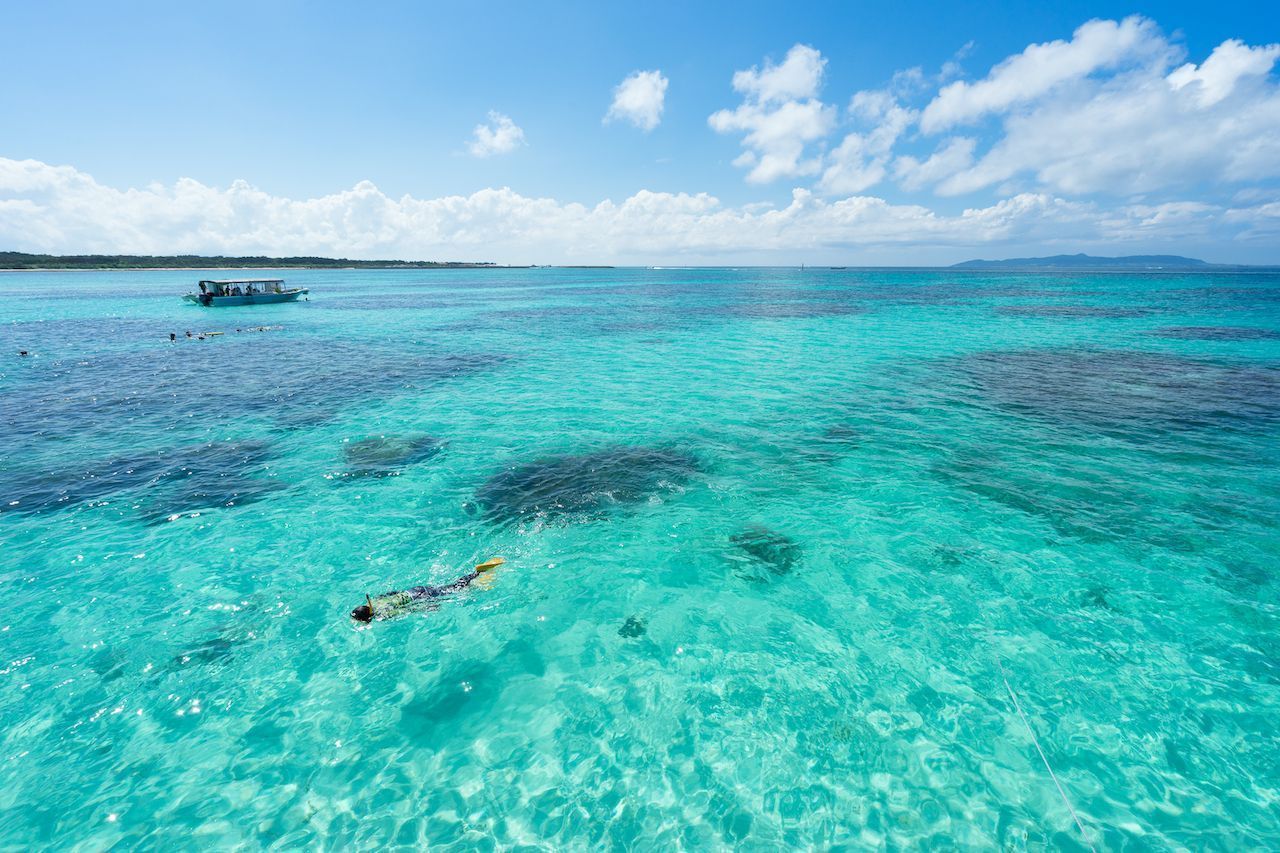 Imagine rolling up to a college campus with a truckload of free pizzas, and then tossing them out for people to devour. That’s more or less what happens at Manta Scramble, a dive site just off Kabira Bay on this island 186 miles northeast of Taiwan. Plankton swim here in abundance, so manta rays flock here to feed, resulting in one of the best manta ray dives on the planet. The best part is the whole show goes on at about 30 feet of depth, meaning even beginning divers can be part of the action.

It’s not all about the rays here, though. You can dive over a venerable sea of table, brain, and star coral at Mash I and Mash II, where sea snakes and rays poke their heads out on occasion. Or head to the Osaki Hanagoi reef and see more colorful fish than anywhere else on the island, as well as a gentle, sloping coral reef. The island is about a 3.5-hour flight from Tokyo, with five flights a day running currently. 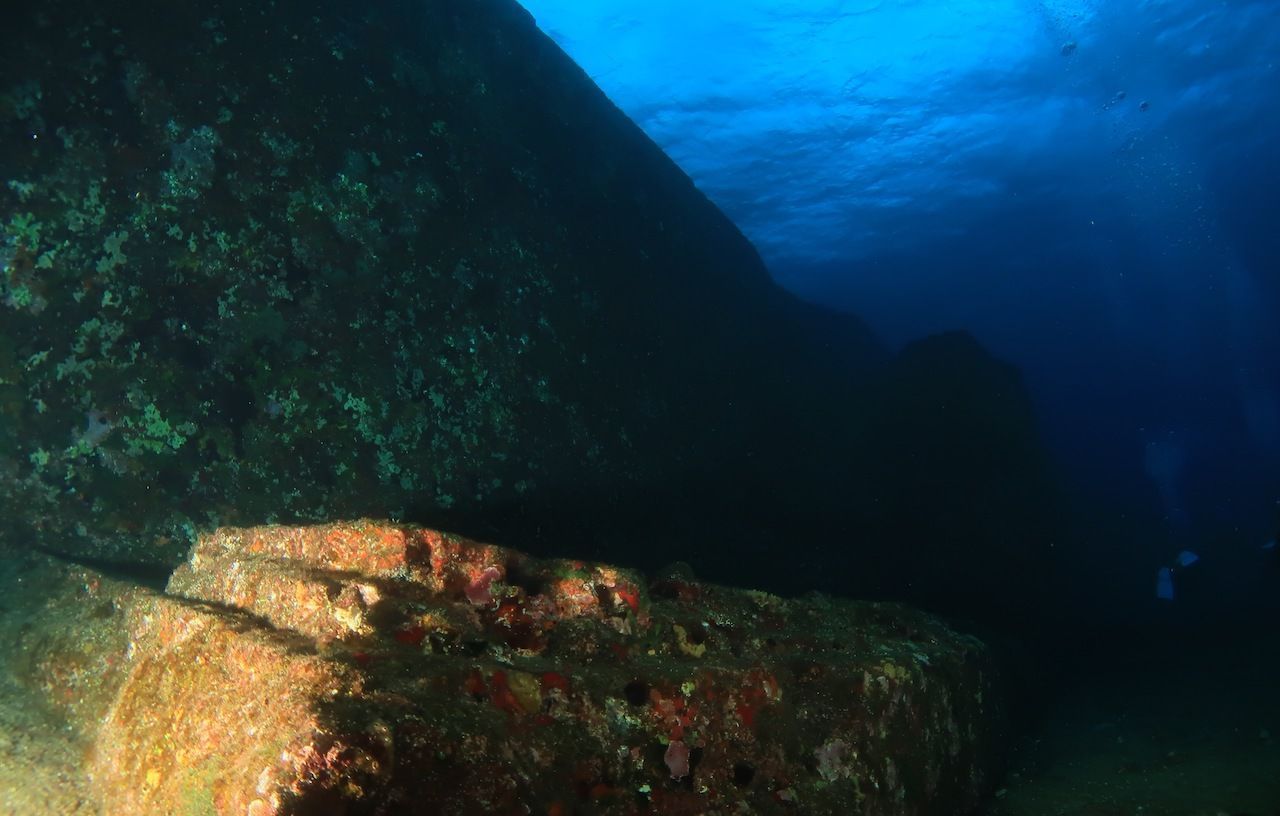 Yes, trekking Inca ruins in Peru is cool, but if you want to see a brain-stumping wonder of the world, head about 15 feet below the surface near Yonaguni Island and you’ll find what looks like an underwater pyramid. Its origins are completely unknown — could be unloaded cargo or the long-lost home of Aquaman. Whatever it is, it has attracted divers for decades, and is one of the most mysterious dive sites in the world.

In addition to unexplained underwater ruins you’ll also find sea turtles, moray eels, and butterfly fish. And if you happen to go between November and June (aka NOT during the Olympics, but, hey, you can always go back) you’ll be smack in the middle of the migration pattern for hammerhead sharks. The bad news is this great mystery of the deep is about a 4.5-hour ferry ride from Ishigaki Island, or an hour flight from Naha Airport on Okinawa. But if you’re going to Japan more for the scuba diving and less for the spring board, it’s absolutely worth the trip. 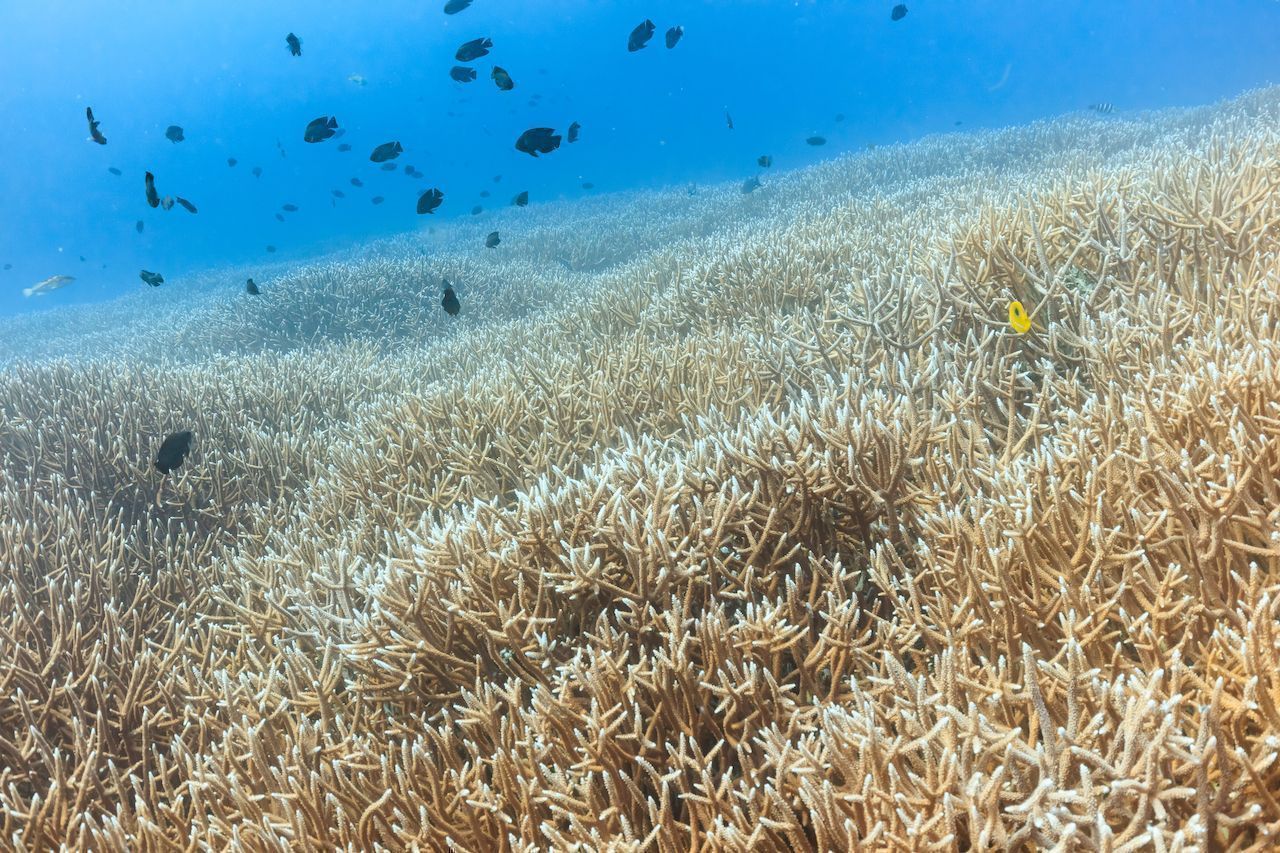 If you’re willing to spend an entire day of your life sitting on a ferry, you will be handsomely rewarded with one of the most stunning islands few people have ever heard about. Most of the Ogasawara Islands are a protected national park, a big part of why they’ve earned the nickname “Galapagos of the Orient.” On land you’ll find brilliant green mountains, turquoise waters, and beaches you’ll have to yourself. The largest is Kominato, though the snorkeling along Miyanohama Beach will give you unparalleled visibility. But for the ultimate remote beach experience, take a 70-minute hike through the jungle to Hatsuneura Beach, where you’ll likely have a tropical cove all to yourself.

Oh, right, the diving. While the fish here are bright and colorful the best things to dive are the numerous sunken warships off the coast. The most popular is the Hindko-maru, a cargo ship that sits right off Sakaiura Beach. You can also check out the Yayol Maru, which sits at a pretty-reasonable 75 feet. That said, the currents here can be pretty strong, so it’s best visited by advanced divers.

DivingThe Most Exciting Places To Scuba in 2020
Tagged
Beaches and Islands Insider Guides Japan
What did you think of this story?
Meh
Good
Awesome