CALIFORNIA’S FAMED JOSHUA trees are in serious danger. Studies show that threats from residential development, wildfires fueled by invasive grasses, and other serious climate impacts could render the tree that inspired Joshua Tree National Park nearly extinct by 2100. Now, a major effort led by non-profit environmental group WildEarth Guardians has scored a major victory in an effort to gain the protection that comes with listing Joshua trees as “threatened” under the Endangered Species Act (ESA).

The effort is seeing progress. A federal court in California recently ruled that the US Fish and Wildlife Service (US FWS) broke the law when it failed to list the Joshua tree as a threatened species in August 2019, though WildEarth Guardians had sought protection for the trees as far back as 2015. Though the ESA operates under the purview of Fish and Wildlife and more commonly protects endangered wild animals, plant species are considered in certain circumstances deemed highly warranted.

“The Court’s decision represents a monumental step forward for the Joshua tree, but also for all climate-imperiled species whose fate relies upon the [Fish and Wildlife] Service following the law and evaluating the best scientific data available with respect to forecasting future climate change impacts,” said Jennifer Schwartz, WildEarth Guardians’ lead attorney on the case, in a press release.

The court found that scientific evidence had been overlooked in the original ruling, and thus the 2019 decision to not list the Joshua Tree is moot. Protections for the tree will be reconsidered. If the effort is successful, which WildEarth thinks it will be, the federal government will be legally obligated to help the Joshua tree adapt to climate change and ensure its survival in its natural habitats. The court’s decision is also significant as it sets a precedent for scientific evidence overturning a high-stakes legal decision.

“For the sake of the Joshua tree and the overwhelming majority of the public who believe in conservation, science, and protection of species and habitat, we are optimistic that the Service will use this opportunity to quickly issue a decision to protect the Joshua tree,” said Schwartz. “Our climate-imperiled species — plants and animals alike — do not have time for political gamesmanship that questions unambiguous science. Now is the time for action to preserve what we can of the natural world before it is too late.”

You can help this effort succeed by emailing the Department of the Interior to request protection for the Joshua tree. This auto-send form takes only a few seconds to fill out and confirms that there is indeed interest in protecting one of America’s most unique natural assets.

Solar-powered cars are coming. According to a report in Freethink, self-sustaining cars powered by the sun are in development from brands including California’s Aptera. While it’s unlikely a fully solar vehicle would be very useful, the technology could couple with battery-powered cars to offer a hybrid system to extend mileage and decrease dependency on the electric grid.

Also on the solar-power front, the common solar panel could become far more efficient in the near future. The photovoltaic silicon cells used in most rooftop and commercial solar panels convert about 15 to 20 percent of the energy that hits them into power. But a new cell made of perovskite could double that efficiency and vastly improve the power generation in the rising solar sector. The Colorado Sun reported this week on studies underway in Golden, Colorado, by the National Renewable Energy Laboratory that seek to test perovskite cells’ durability and viability for solar panels. If as successful as expected, rooftop solar panels could become even more popular than it is today. 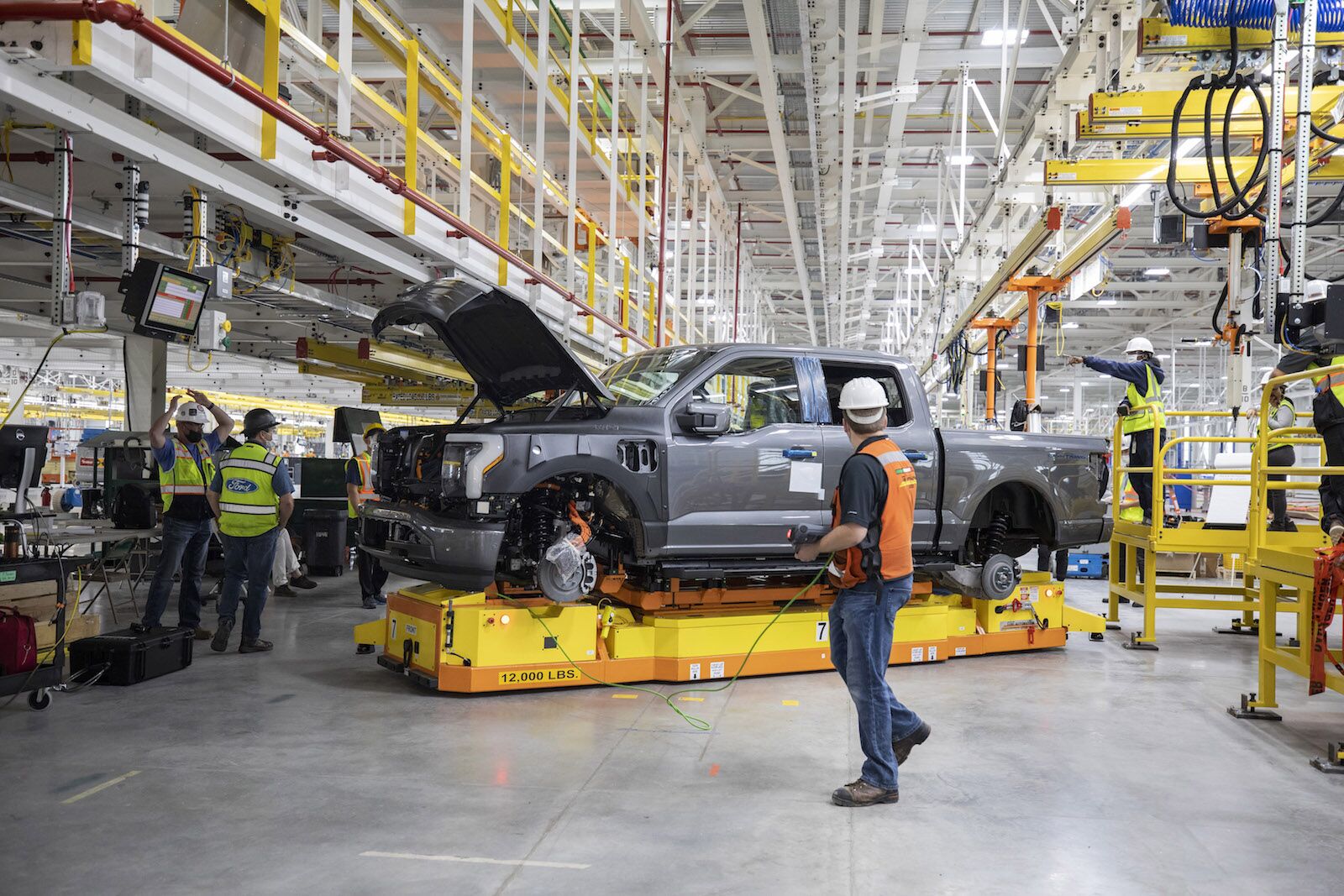 Finally, some good news for eco-conscious car buyers: Ford has doubled production of its Lightning F-150, the motor company’s forthcoming electric version of its best-selling pickup truck, due to excessive demand, Bloomberg reported. The automaker will start taking orders from customers this month and plans to produce 150,000 Lightning F-150s per year. This is a major climate win because it confirms interest in an electric version of one of America’s best-selling auto models and will force its competitors to step up their game — which will eventually drive prices way down for the average consumer. Would you drive an electric F-150?

News2021 Saw Incredible Developments in the Climate Fight — These Are Our Favorites
Tagged
News Sustainability
What did you think of this story?
Meh
Good
Awesome