Duluth, Minnesota, may be known as a port city on Lake Superior — but this town with 11,000 acres of green space is one of the most incredible places in the Midwest for anyone who loves getting into nature. We spoke with Emily Ford, the town’s resident outdoor celebrity, about why she’s chosen to call the wooded North Shore city home and what to do outdoors in Duluth.

If being head gardener overseeing the extensive grounds of historic Glensheen Mansion wasn’t enough to establish her outdoor credentials, Ford firmly proved her bona fides when she became the second person and the first woman, and the first Black person, to hike the entire 1200-mile Ice Age Trail in winter.

While the Ice Age Trail is in next-door Wisconsin, Ford grew up in Twin Cities, Minnesota, and after college, she and a friend moved to Duluth — in part because Ford has always loved the North Shore of Lake Superior.

“Living next to Lake Superior is such a privilege, a crazy privilege that I don’t think I even knew before I came up here,” says Ford. To that, Ford adds easy access to Duluth’s wooded trails. “I can walk to several trailheads. I can get on a trail, either by mountain biking or walking or running or whatever, pretty much from my house. And that’s pretty special.”

Hiking alongside a city creek 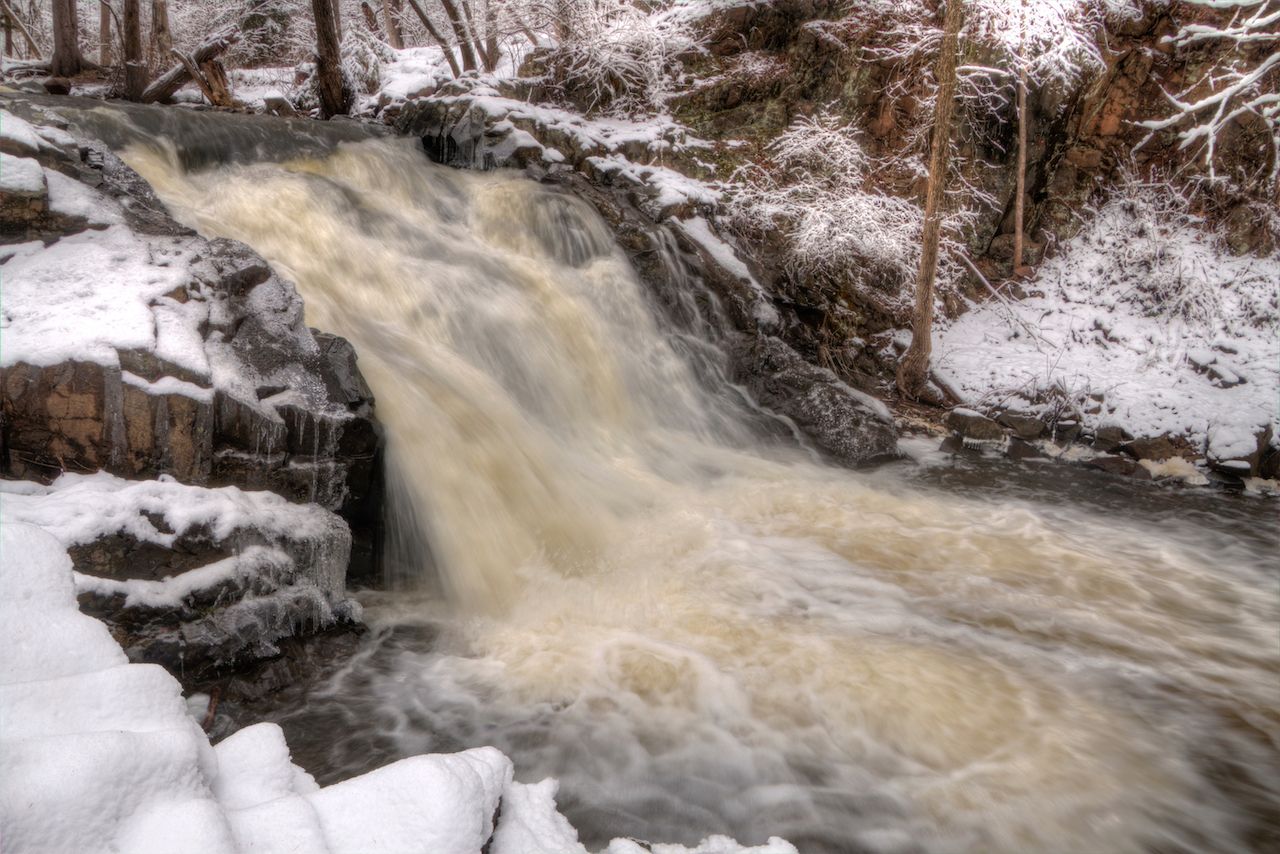 Chester Park is one of the top places that Ford recommends for hiking in town. The 2.4-mile loop takes you along a creek through a forest of evergreens and deciduous trees, alongside several cascades and waterfalls. Whether amid the bright green leaves of spring, the lushness of summer, the multi-hued nip of fall, or the frozen stillness of winter, the ever-changing view is nourishing. It’s an effortless nature escape because, as Ford emphasizes, “It’s literally in town.”

Get some elevation at Ely’s Peak

Outside the urban area, but inside city limits, Ely’s Peak is just 400-feet high, but the 1.7-mile loop to get to the top gives you a lovely vista of the wooded area, shaped by glaciers many millenniums ago. It’s just south of the Magney-Snively Natural Area, which is also crisscrossed with hiking trails. Folks love to come to Ely’s Peak for hiking, although in spring, you may find the peak still snow-covered. Dogs are welcome on-leash, which is a good thing, considering Ford has a dog at home. A different trained sled-dog named Diggins accompanied Ford for the duration of her three-month Ice Age Trail trek. That’s because she knew Diggins was much more accustomed to the cold than her own dog. (You can see what a good time Diggins was having on Emily’s Instagram stories of her adventure). 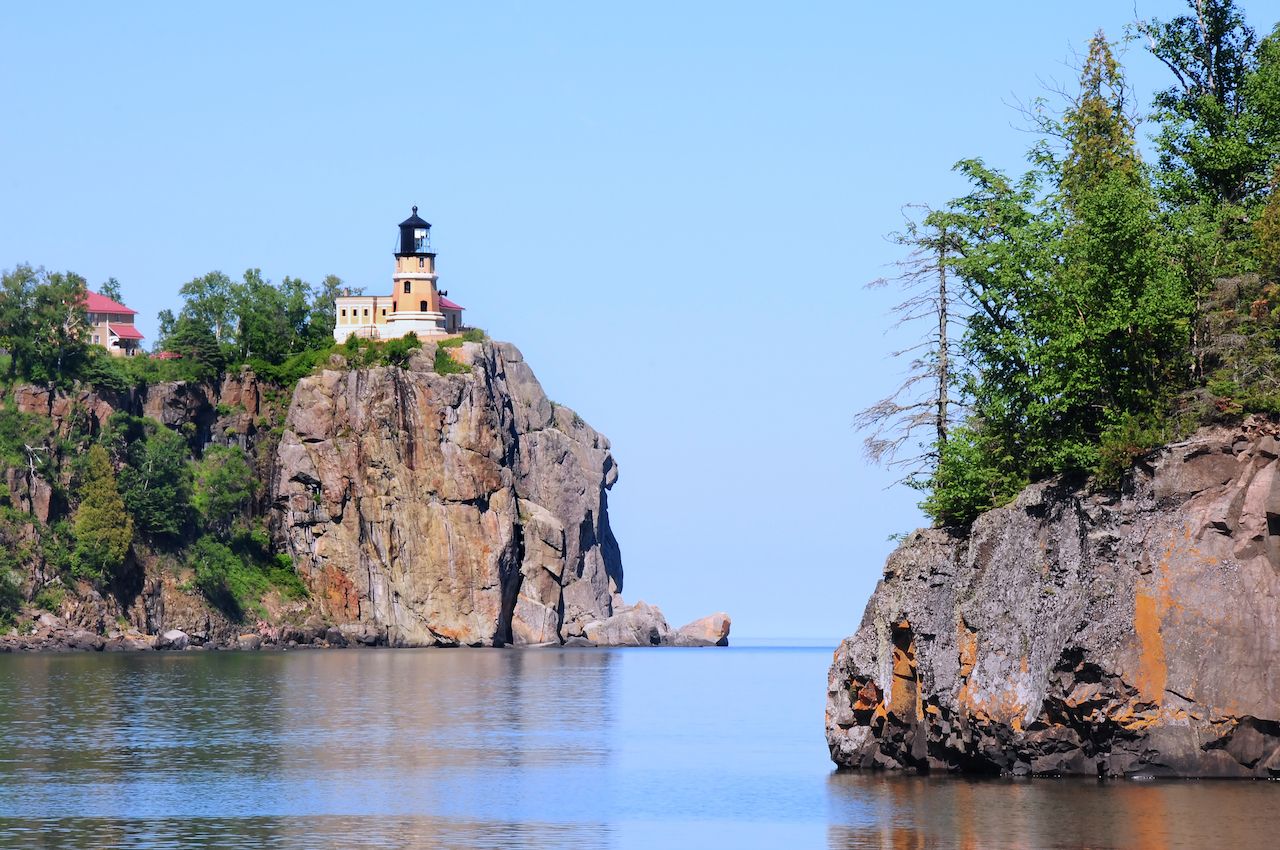 “There’s that whole north shore drive,” says Ford. “You’re out of Duluth proper, but it’s not that big a deal to drive that far, and then it’s like boom, boom, boom. There’s a bunch of state parks right in a row.”

Each of these state parks is a gem, and even the farthest one lies within an hour of downtown. Beyond it is the national border with Canada. The first, Gooseberry Falls State Park, is just 45 minutes from Duluth and boasts a stunning gorge and a wide, photogenic waterfall — in addition to abundant wildlife, including black bears, white-tailed deer, and gray wolves.

Just five miles beyond Gooseberry, Split Rock Lighthouse State Park draws visitors to its historic lighthouse sitting atop a cliff, but the park also has plenty of trails and even primitive campsites along the lake. Finally, Tettegouche State Park is only an hour away, and it wows visitors with its rock cliffs overlooking the lake. You are well north here, and you’ll find that reflected in the animal life, which, in addition to bears and deer, includes moose, snowshoe hares, red foxes, and the occasional timber wolf. Along the park’s waterways, you might spot beavers and river otters. 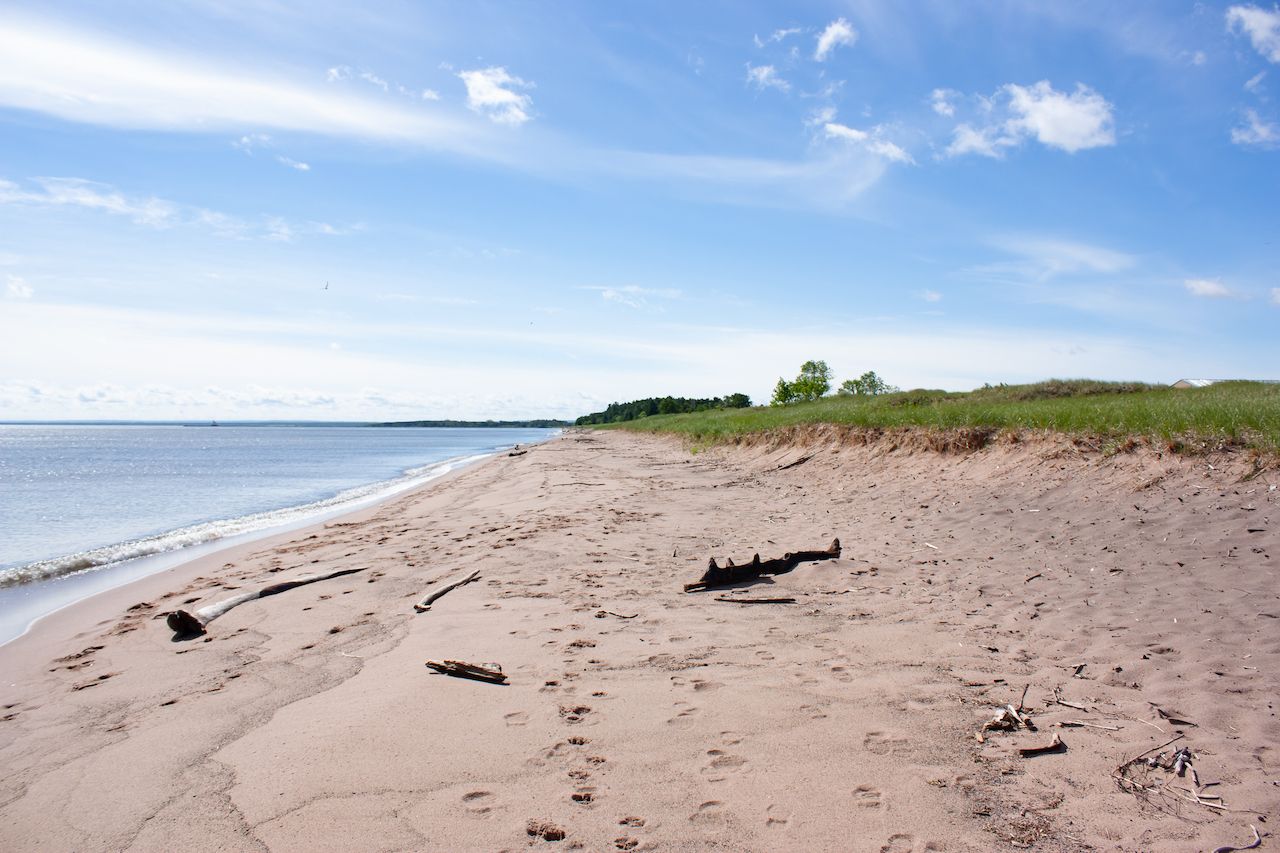 Park Point is a seven-mile-long sandbar that extends southeast from Duluth into Lake Superior. Where it ends, there’s a short stretch of water and another three-mile sandbar on the Wisconsin side of Lake Superior. The Minnesota sandbar is home to houses, parks, a marsh, dunes, and, at its very tip, a welcoming forest full of various species of pines. You can hike in the woods, go for a dip in Lake Superior, and, as Ford, suggests “go hammocking.”

To “hammock” is apparently a verb in these parts, and it’s just one more great way to enjoy the outdoors in Duluth. Ford says she and her partner will get friends together, all of whom have their own hammocks. She doesn’t know whether hammocking is a broad Duluth-wide activity, but she says hanging the hammocks off a tree and chilling with friends is “super fun.” 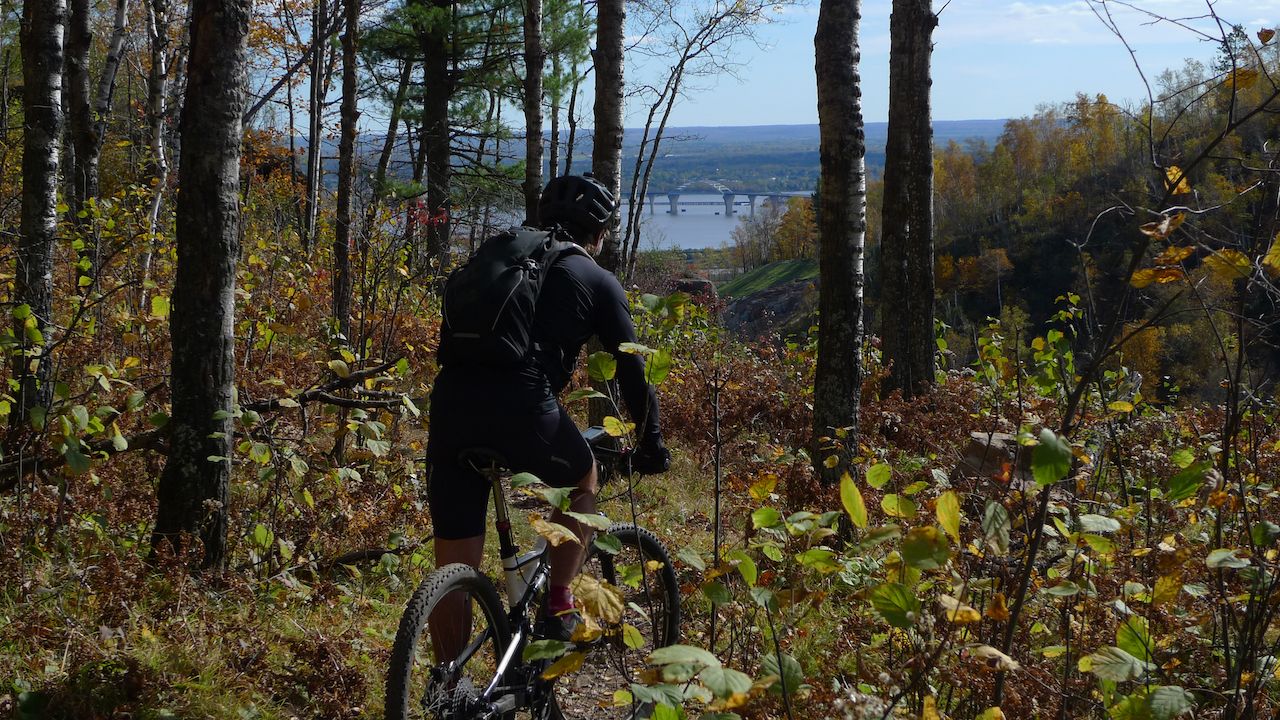 Ford says she likes mountain biking, and while she doesn’t yet claim to have any hard-core, single-track expertise in the sport, she has plenty of places to practice — including over 90 miles of mountain biking trails. They are supported by the Cyclists of the Gitche Gumee Shores; a non-profit group set up to develop and maintain biking trails in the Duluth/Superior area of Minnesota and Wisconsin. It’s been working with the City of Duluth to create a 40-mile trail that will be primarily single-track, with some wider paths and gravel stretches as well.

Among the Ojibwe people, the words variously spelled gichi-gami, gitchi-gami, kitchi-gami, or gitche gumee mean big or large water. Henry Wadsworth Longfellow popularized the name for Lake Superior in an 1855 Hiawatha poem, and it has remained in use since then.

The Gitchi Gami State Trail, supported by the non-profit Gitchi Gami Trail Association, will eventually stretch 89-miles from Two Harbors to Grand Marais. The trail will be paved but free of large, motorized vehicles, so perfect for road biking. While Ford says there are plenty of other road biking opportunities near Duluth, she, in any case, recommends a visit to the photogenic town of Grand Marais — which also has “the world’s best doughnuts,” according to Ford.

Get out on the lake 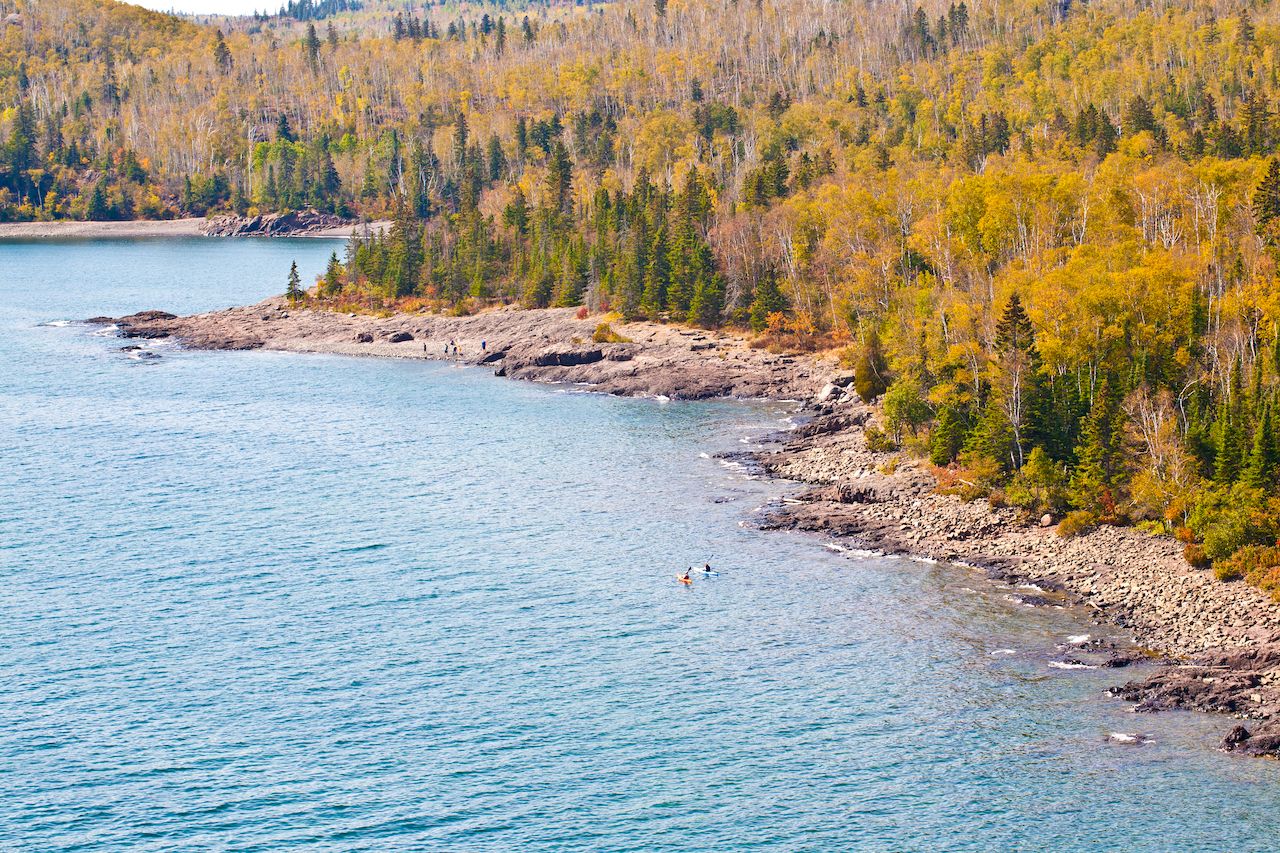 Ford may be best known these days for her long-distance hiking prowess, but she really knows how to savor the best of Duluth — and Lake Superior is one of the city’s treasures. Ford says she doesn’t just walk next to Lake Superior but also likes to go “swimming in it and paddling on it.” She has a kayak of her own to do so.

While Ford’s family also owns a small fishing boat, she respects the lake’s grand size. “I see little boats on the lake and I’m like hoy, she’ll swallow you whole on a bad day… It’s a very large lake. It looks like an ocean.”

Take it to the extreme: Fat bike, cross-country ski, or surf 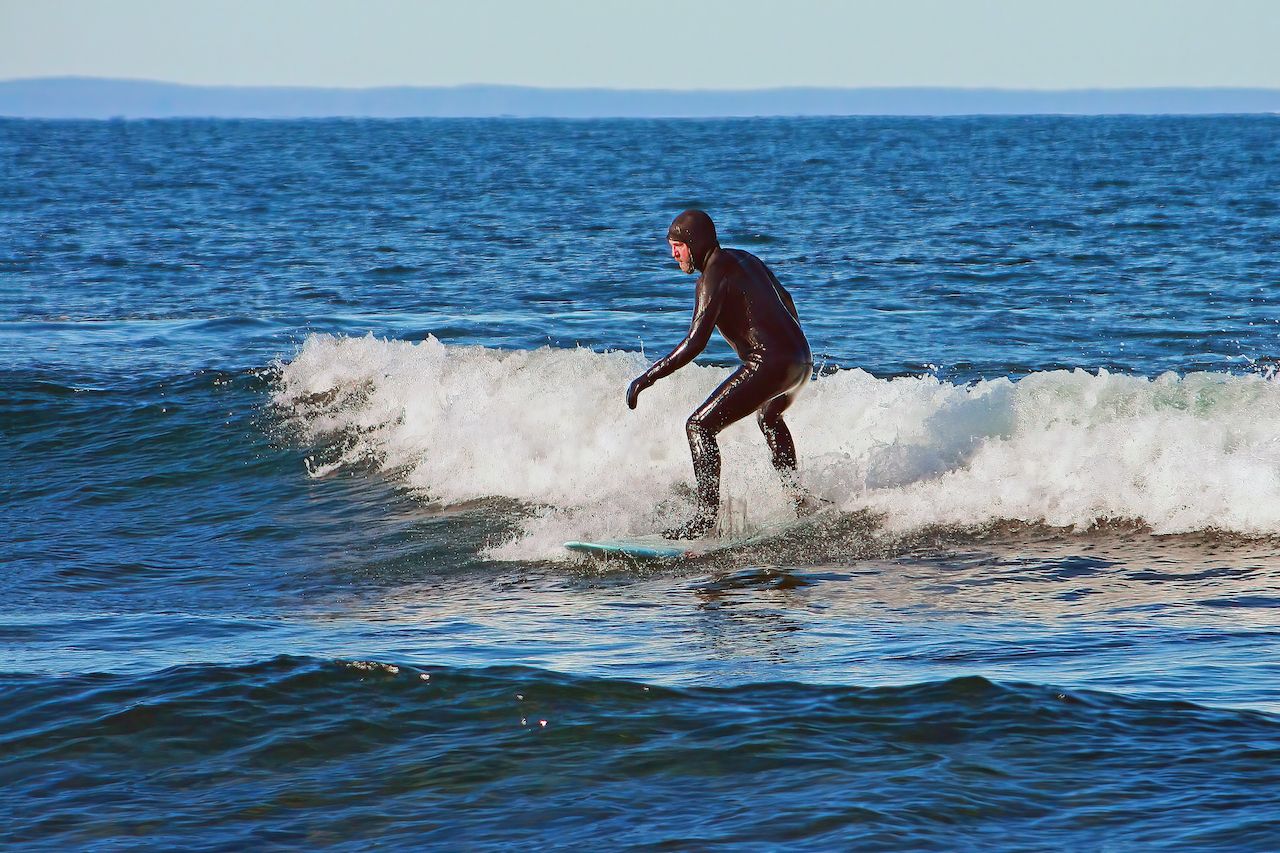 “Cross-country skiing and fat biking are two very large things to do in the winter time,” says Ford, although she doesn’t own a fat bike herself.

In fact, you can do almost any activity outdoors in Duluth that you can think of, opines Ford, which is one reason she tells us, “I love living here.”

And while she says that people even surf in Duluth, it’s not an activity she’s rushing to try herself. “People surf on Lake Superior. It’s very cold, I think,” says Ford.

Coming from the person who spent three months walking through a Midwestern winter, we’ll take her word for it.

Beaches and IslandsThe Midwest’s Most Stunning Islands You Need To Explore This Summer
Tagged
National Parks Minnesota, United States
What did you think of this story?
Meh
Good
Awesome