Over the years, Pittsburgh has been quietly inching out of the closet, gaining more confidence in its queer identity. But despite this fortitude and its advancement into a vibrant hub of cultural, artistic, and academic institutions, Pittsburgh is often overlooked as nothing more than a declining Rust Belt city. Changing this mindset is important as it has so much to offer LGBTQ travelers. With its small-town feel and liberal population, Pittsburgh is not only one the most livable cities in the US, but it’s also welcoming and safe for all members of the LGBTQ community. If you are considering a visit, here is our guide to everything LGBTQ visitors need to do in Pittsburgh, from where to stay to where to pull up a barstool.

When it comes to LGBTQ health services in the US, Pittsburgh has been a trailblazer, offering non-discriminatory care before homosexuality was decriminalized in Pennsylvania, let alone nationwide. In 1972 — a year before homosexuality was declassified as a mental disorder — Pittsburgh opened the country’s second-oldest licensed LGBTQ mental health center. Named PERSAD, this organization gave the LGBTQ community quality care. In 1982, PERSAD created an AIDS support program and has since expanded to include other outreach programs aimed at supporting LGBTQ people and educating allies.

During the HIV/AIDS outbreak in the 1980s, Pittsburgh stepped up to the plate again when researchers, doctors, and gay activists in the community united to recruit gay men for a study at the University of Pittsburgh. Called the Pitt Mens Study, it joined Baltimore, Chicago, and Los Angeles in the Multicenter AIDS Cohort Study, which was created to gain a scientific understanding of HIV/AIDS. The Pittsburgh branch became a key player in the fight against the illnesses by helping identify the transmission, progression, and treatment of the disease. Today, the non-profit Delta Foundation of Pittsburgh leads advocacy efforts, producing Pittsburgh Pride and collaborating with other smaller organizations. 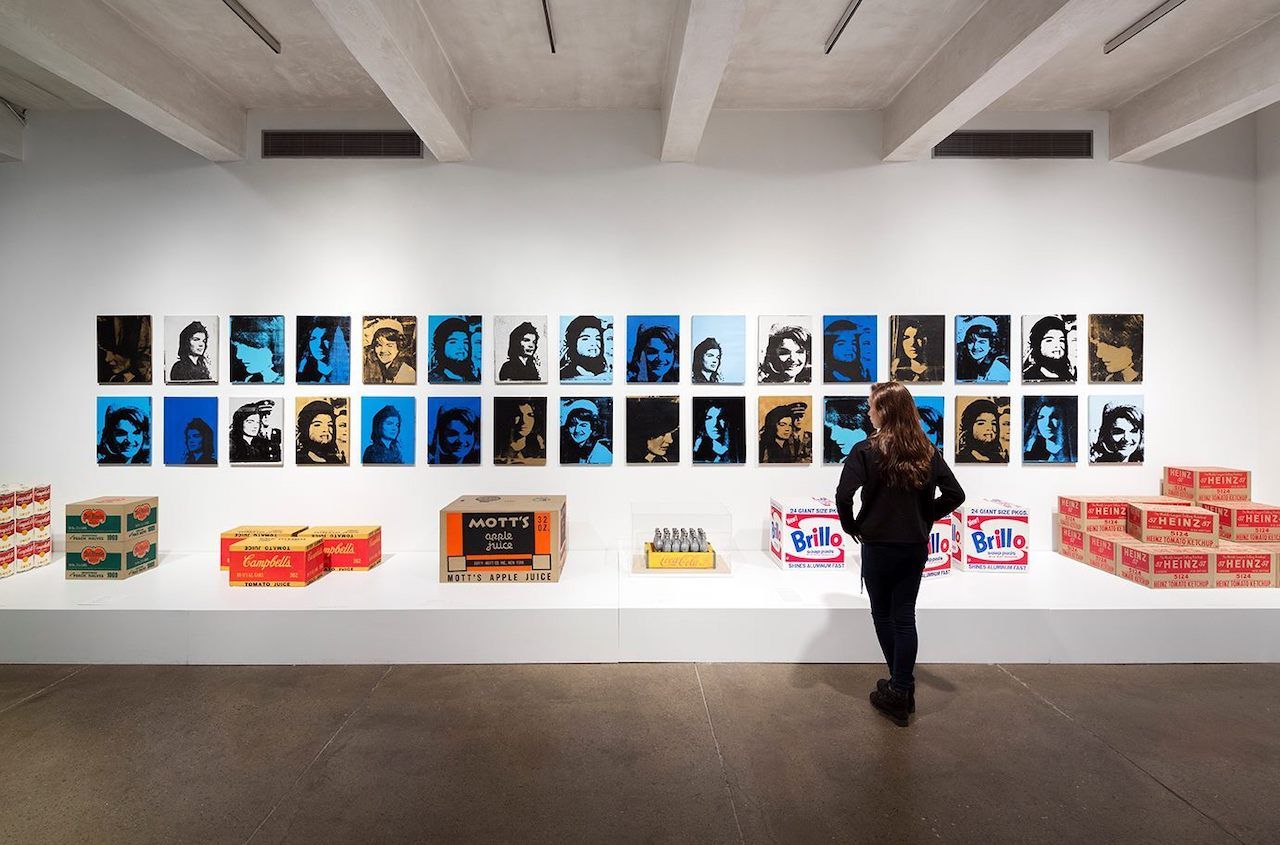 Pop art icon Andy Warhol is a Pittsburgh native and was openly gay as early as the 1950s. Warhol explored his sexuality through art, but much of his artwork depicting gay intimacy never made it into galleries during his lifetime because of homophobia. Today, The Andy Warhol Museum is the largest North American museum dedicated to a single artist and offers monthly tours focusing on Warhol’s queer identity and artwork. In addition to showcasing art, the museum welcomes the LGBTQ community by hosting an annual LGBTQ youth prom and various drag performances. 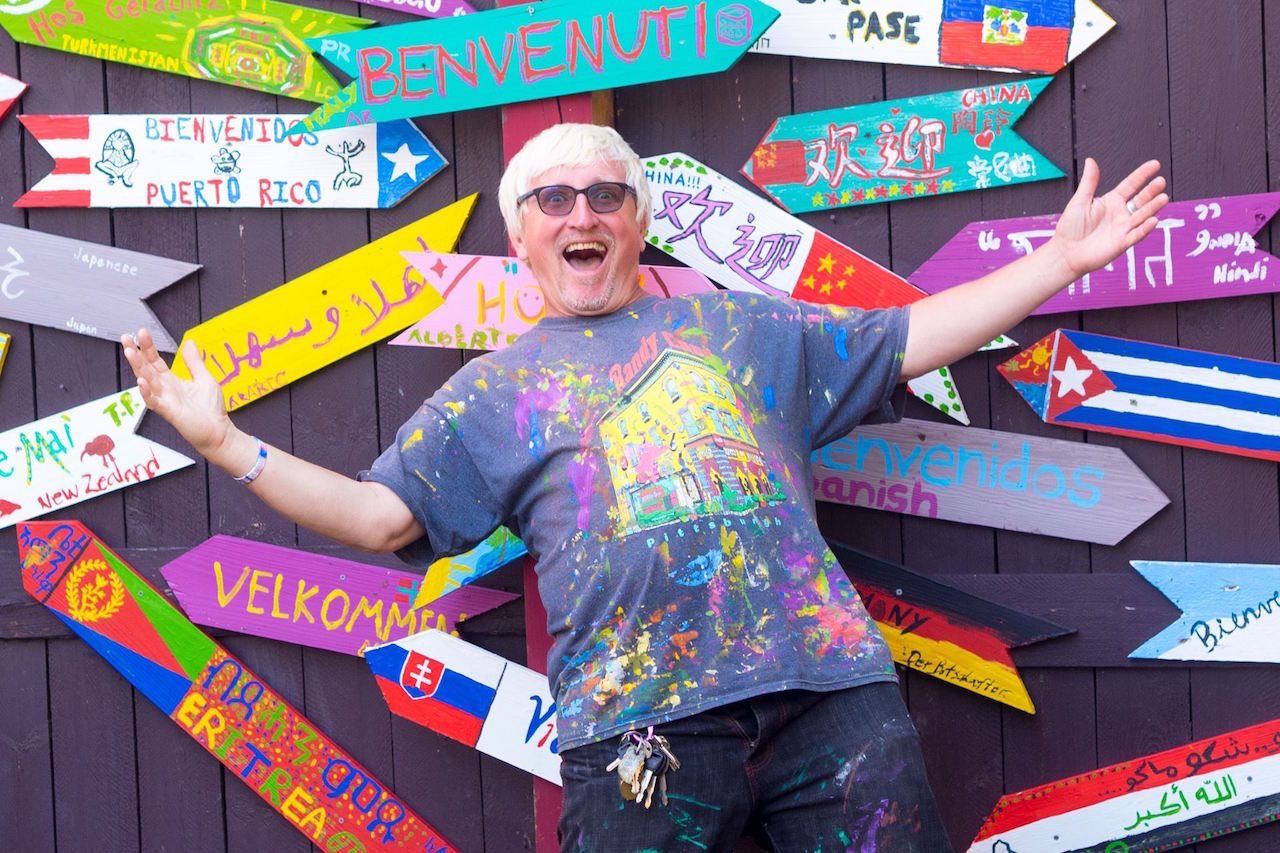 Randyland is the very definition of “one man’s trash is another man’s treasure.” In 1995, Randy Gilson and his partner Mac bought a run-down, 100-year-old house. They transformed it into a whimsical, vibrant outdoor museum called Randyland using junk they collected from dumpsters and scrapped buildings. Today, it’s one of America’s most colorful public art landmarks and the perfect place for an impromptu Instagram photoshoot. Not only is it free of charge, but guests also often bump into Randy, who is regularly out and about welcoming guests by showering them with bits of wisdom and inspiration. With all its quirk and color, Randyland is (literally and metaphorically) a vibrant spot you should not skip when visiting the city. 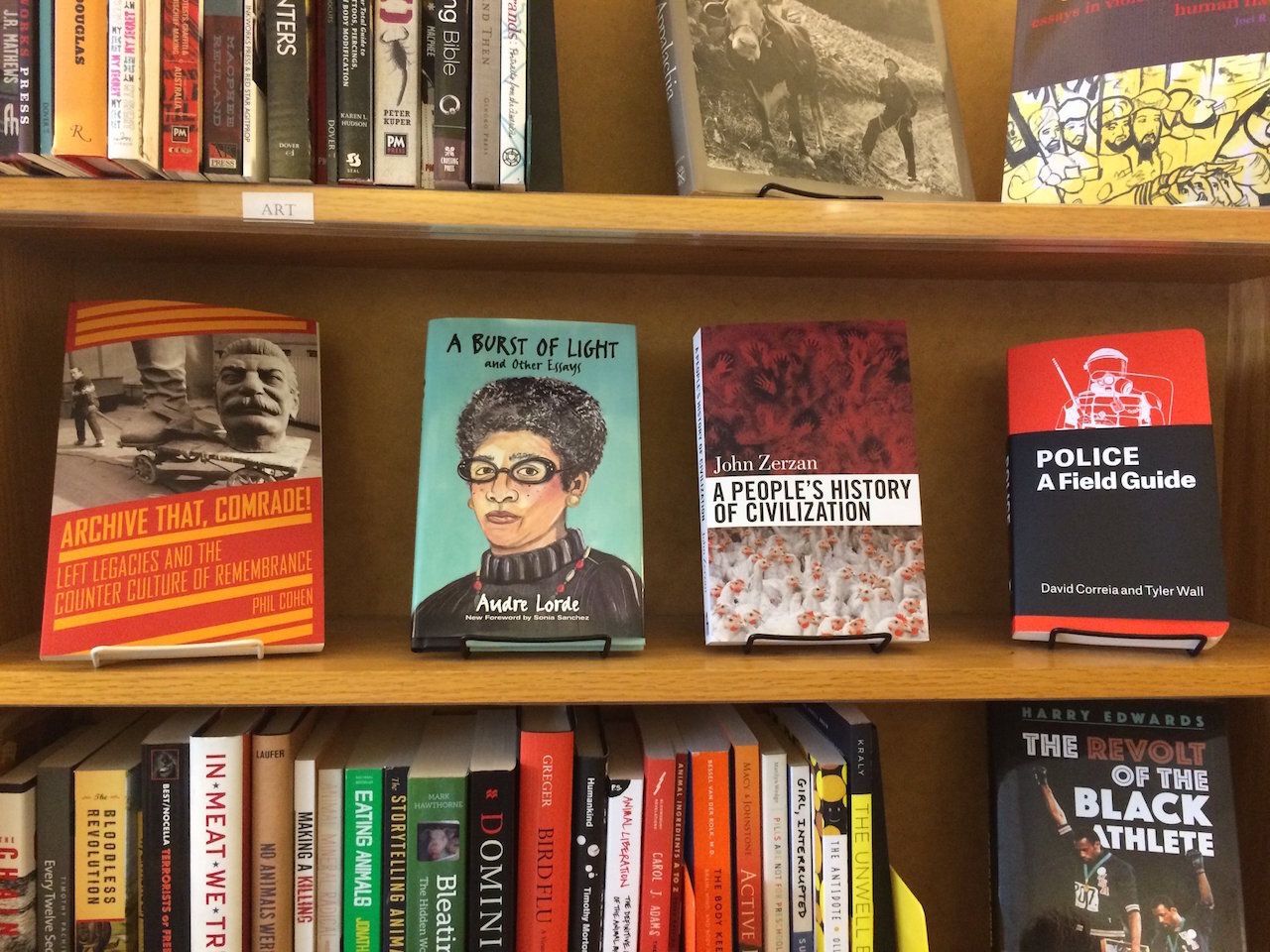 For a healthy dose of anti-capitalism during your travels, check out The Big Idea Bookstore. Although the store itself is little, it lives up to its name. Inside, you can browse shelves full of both used and new books, most of which are focused on progressive subjects such as queer politics, feminism, racial politics, and sustainability. If you get hungry while you’re exploring, they also have a café with all-vegan food options and a large selection of tea. This bookstore is also part library — it lends books as well as movies from its queer video vault, and it also has a basket out front with free offerings. Completely volunteer-run, The Big Idea aims to “create a safe and accessible space for people to take part in an open and empowering community.” It does this not only through its books, but through events, discussions, and readings. 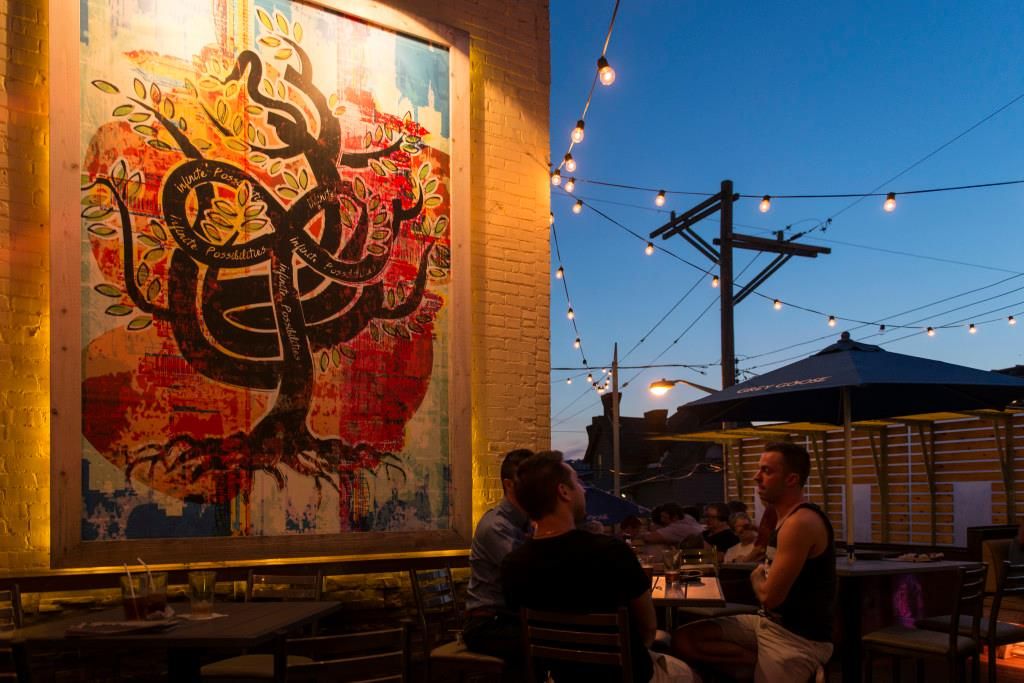 With its clean, classy design; gorgeous outdoor patio; and three bars, 5801 is the place to be. And it’s not called a video lounge for nothing — 5801 has 15 big screens that play music videos throughout the night. On game days, Steelers, Penguins, and Pirates fans can head over to 5801 to watch the game on the big screen. If sports aren’t your thing, you can drop in to watch episodes of Ru Paul’s Drag Race instead. 5801 also has weekly trivia, darts, and poker games.

Declaring itself the “friendliest gay bar in Pittsburgh,” this dive bar is known for its welcoming atmosphere and diverse crowds. Blue Moon may be on the smaller side, but it’s full of character and cheap drinks. Inside, you’ll find two cozy, wood-paneled rooms containing a small stage, pool table, and jukebox. On its modest stage, Blue Moon hosts weekly karaoke, themed drag shows, and open stages. Performers of all kinds are welcome, including burlesque, drag kings and queens, singers, poets, and comedians. And here’s a fun fact: Ru Paul’s Drag Race champions Sharon Needles and Alaska both got their start on Blue Moon’s stage.

Sandwiched on a floor between a gay bathhouse and a bail bonds agency, Hot Mass is an underground after-hours club that holds “services” every Saturday night through to Sunday morning from midnight to 7:00 AM. Since 2012, Hot Mass has been revitalizing Pittsburgh’s rave scene with disco, house, and techno music played by a roster of acclaimed DJs from all over the world. In its dark, intimate space and atmosphere of unrestraint, Hot Mass imbues its many queer visitors with a sense of complete liberation as they dance until the sun rises.

Located in Downtown Pittsburgh’s Cultural District, There Ultra Lounge is a hub of entertainment with two floors of space for dancing and events. In addition to hosting top drag performers, it also has regularly scheduled amateur nights. Even without an event going on, There Ultra Lounge is worth checking out with its spacious dance floor, great food, and stellar service.

P-Town is a nod to Pittsburgh’s small-town feel. P-Town has an array of lively events. You name it, P-town has it: leather nights, bear nights, game nights, drag nights, American Horror Story showings — the list goes on. There are even “Bareoke” nights where you can belt out a song on stage without a scrap of clothing. 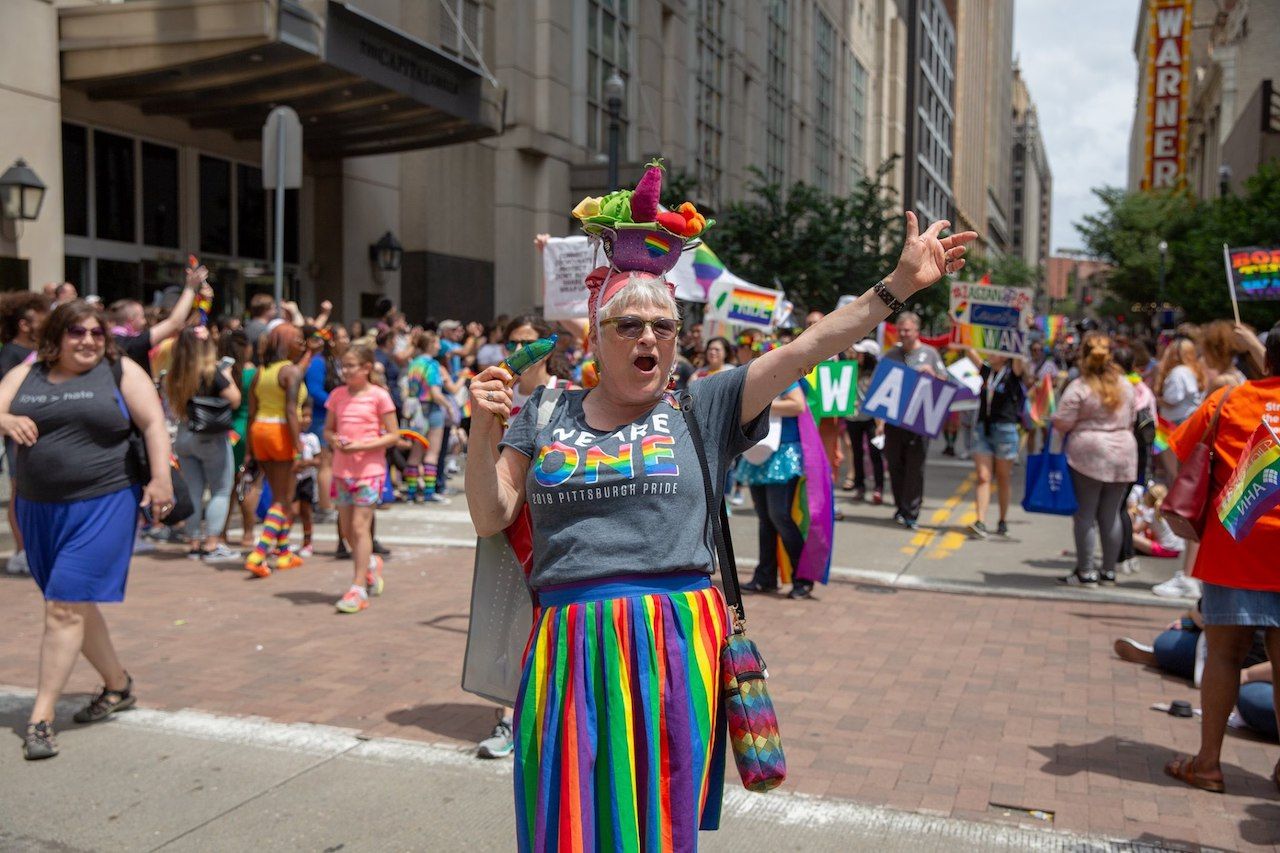 The first Pride Parade in Pittsburgh took place in June 1973, just four years after the Stonewall riots. One hundred and fifty people marched nearly four miles from Market Square in the heart of downtown Pittsburgh to Flagstaff Hill in Oakland. Over the years, the parade has taken place on a variety of routes, and in 2019 it even took place on the Andy Warhol Bridge, making it the first Pride celebration to be held on that kind of structure.

Where: Liberty Avenue at the Strip District to Point State Park 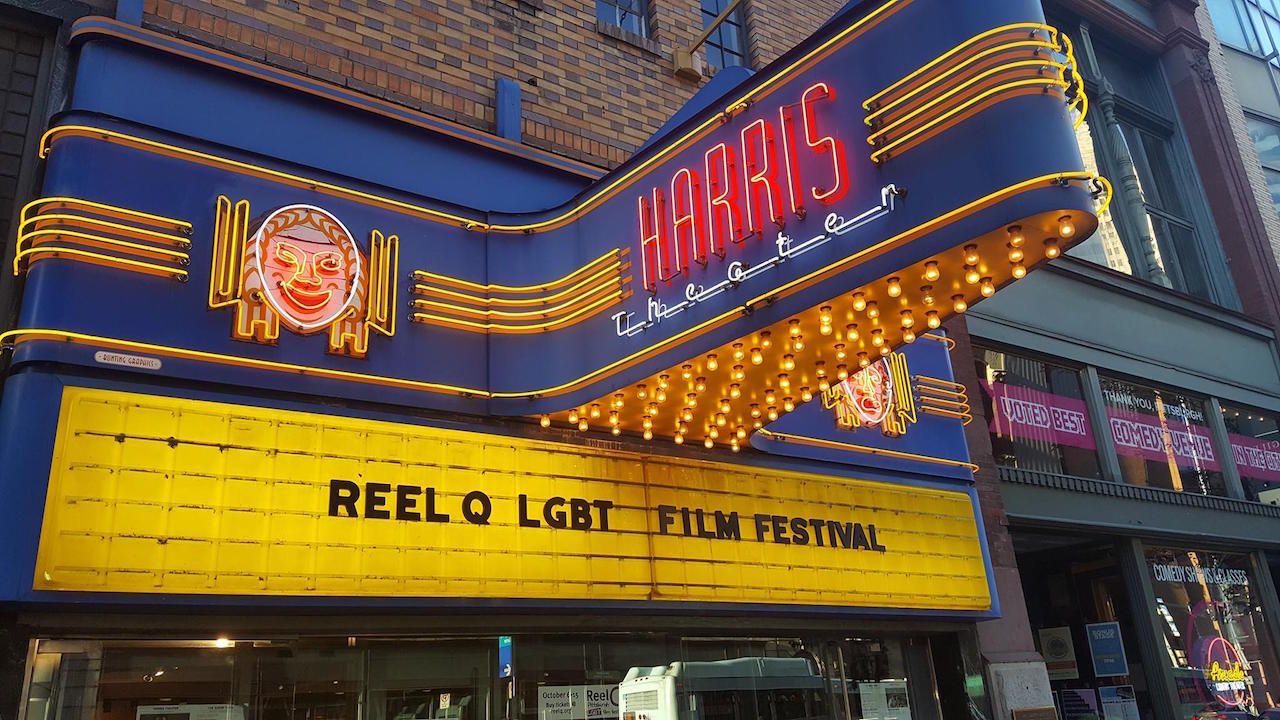 Whether you’re a film fanatic or someone who wants to see more LGBTQ representation in media, Pittsburgh’s ReelQ LGBTQ film festival is the perfect place to see queer stories on the big screen. Founded in 1985, it’s one of the oldest film festivals in the world. This 10-day festival shows about 20 first-run LGBTQ-themed films and an additional 30 short films. A committee of volunteers meets once a week year-round to screen films, working through hundreds of submissions to find stories that need to be told.

If you’re in town for the festival, you can stop in for just a day or two — admission is typically around $10 — or get a pass for the full event. ReelQ also holds year-round events in various venues around the city. Some of these events include a monthly international LGBTQ film screening, trans-themed screenings, and teen-friendly screenings. In the spring, a smaller festival called the Pittsburgh Underground Film Festival (PUFF) shows films directed by women and people of color. 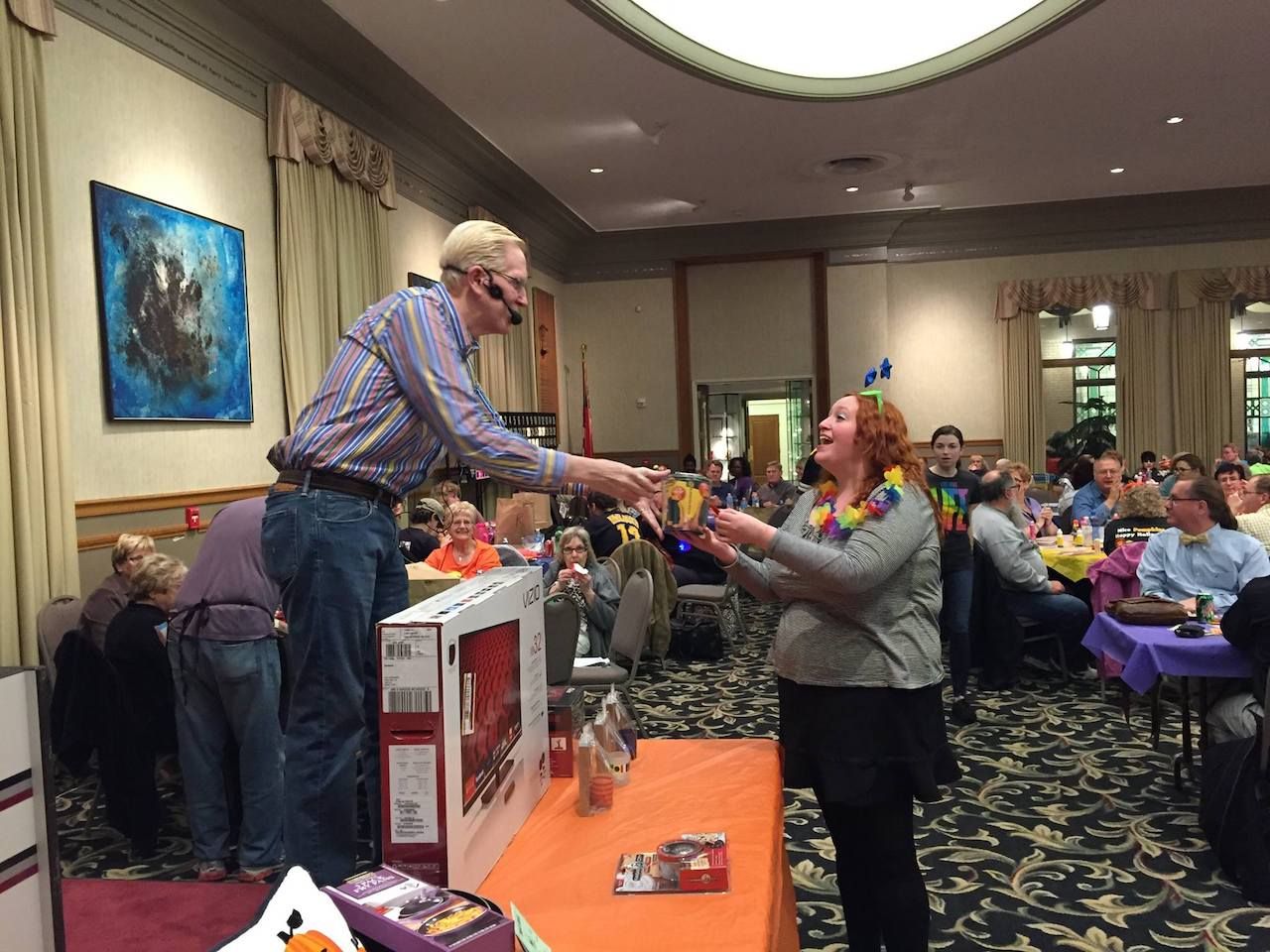 “This AIN’T your grandma’s bingo,” OUTrageous Bingo’s slogan touts. This boisterous game of bingo features drag queen performances, door prizes, 50-50 raffles, and themed games. Much like attending a Rocky Horror Picture Show performance, if it’s your first time, you’ll be asked to raise your hand to show you’re an OUTrageous Bingo virgin, then take a pledge promising to have fun. This is much more than your standard game of bingo. Founded by Rick Allison during the AIDS crisis, they raise money for the Pittsburgh Equality Center (Pittsburgh’s LGBTQ community center) and the Shepherd Wellness Community (Pittsburgh’s HIV/AIDS support community). OUTrageous Bingo is an event that brings the community together like no other by providing a space for LGBTQ people, their families, and their supporters. 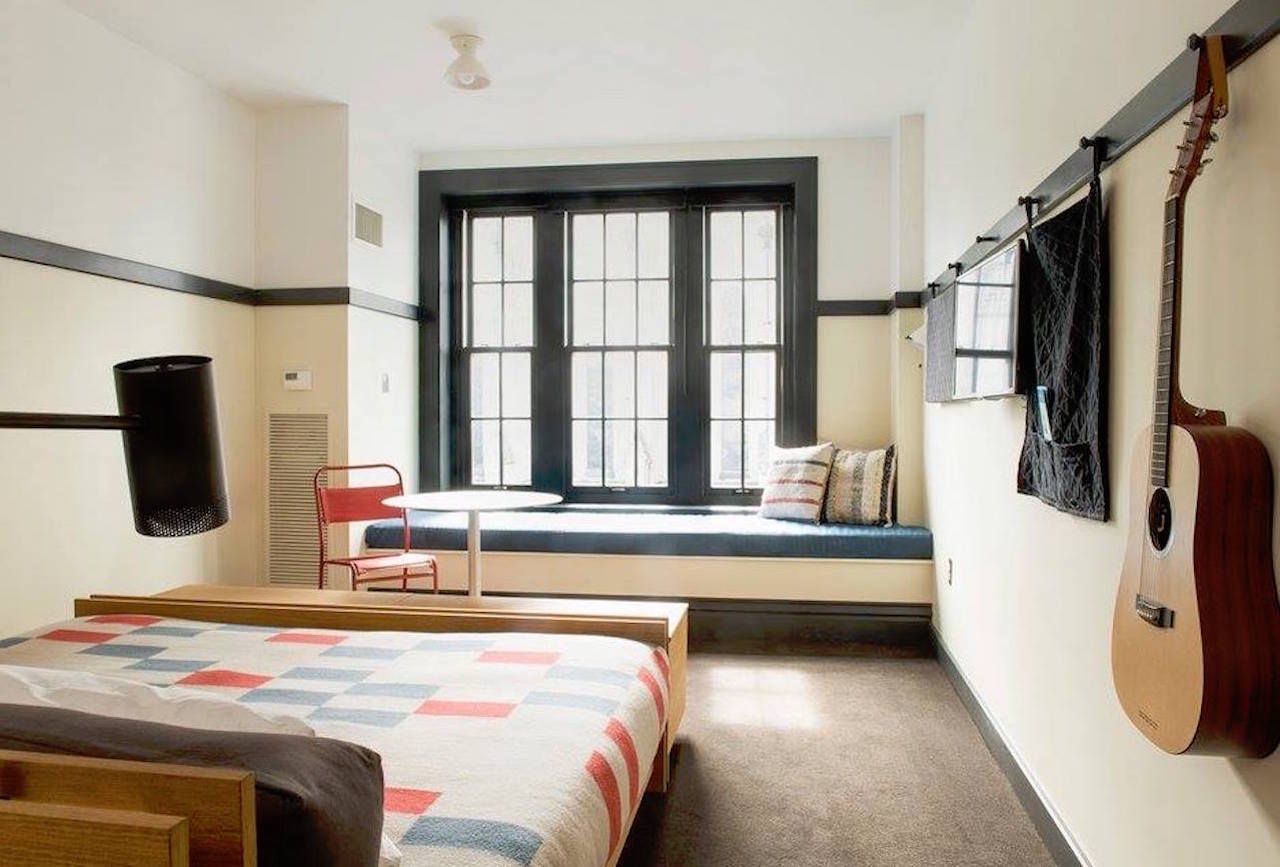 Pittsburgh’s Ace Hotel is part of a small chain of hip hotels founded in 1999 by Alex Calderwood and his partner Wade Weigel. Many of the Ace Hotels are located inside historic buildings, repurposed to maintain their historical roots while also providing guests with the comforts of a hotel. Built inside a century-old YMCA building, the Pittsburgh location is no different. Its original three-story gym is still intact, and guests can enjoy a game of ping pong or cornhole. It’s also used as an event space and has hosted drag shows, queer DJs, and queer craft markets. Ace Hotel Pittsburgh also employs mostly queer staff, so you’re sure to be comfortable during your stay. 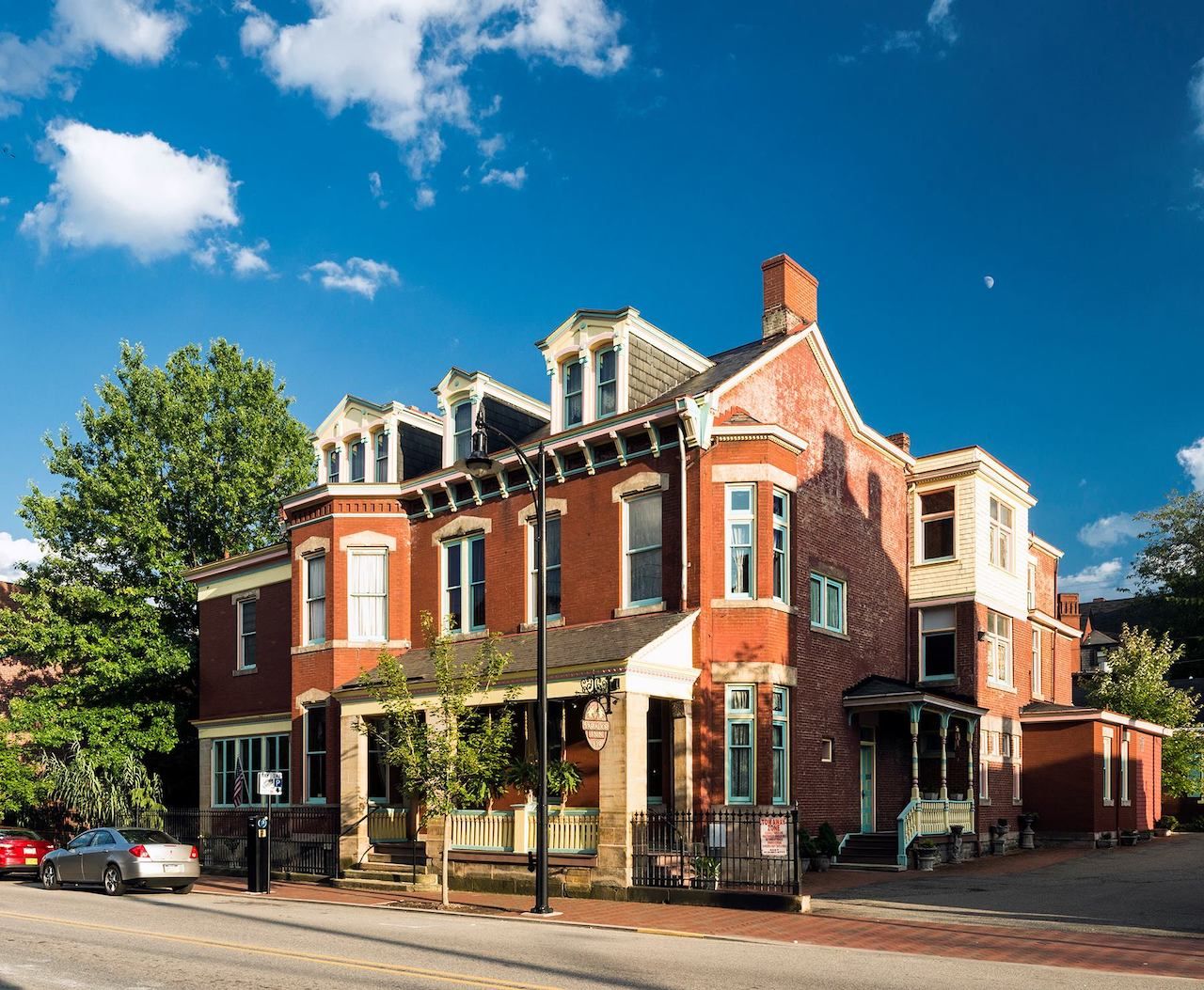 Photo: The Parador Inn of Pittsburgh/Facebook

The Caribbean-themed, gay-owned Parador Inn occupies a renovated Victorian mansion dating back to the 1800s and is a popular spot for queer couples. There are nine rooms to choose from, each with its own unique design. Every room captures the mansion’s elegance with original detailed woodwork, stained-glass windows, gas log fireplaces, and fancy furnishings. The common areas include a sunroom with tropical plants, a library with space to read and play games, a formal parlor where you can sit back and enjoy a drink, multiple dining rooms, and an outdoor garden. 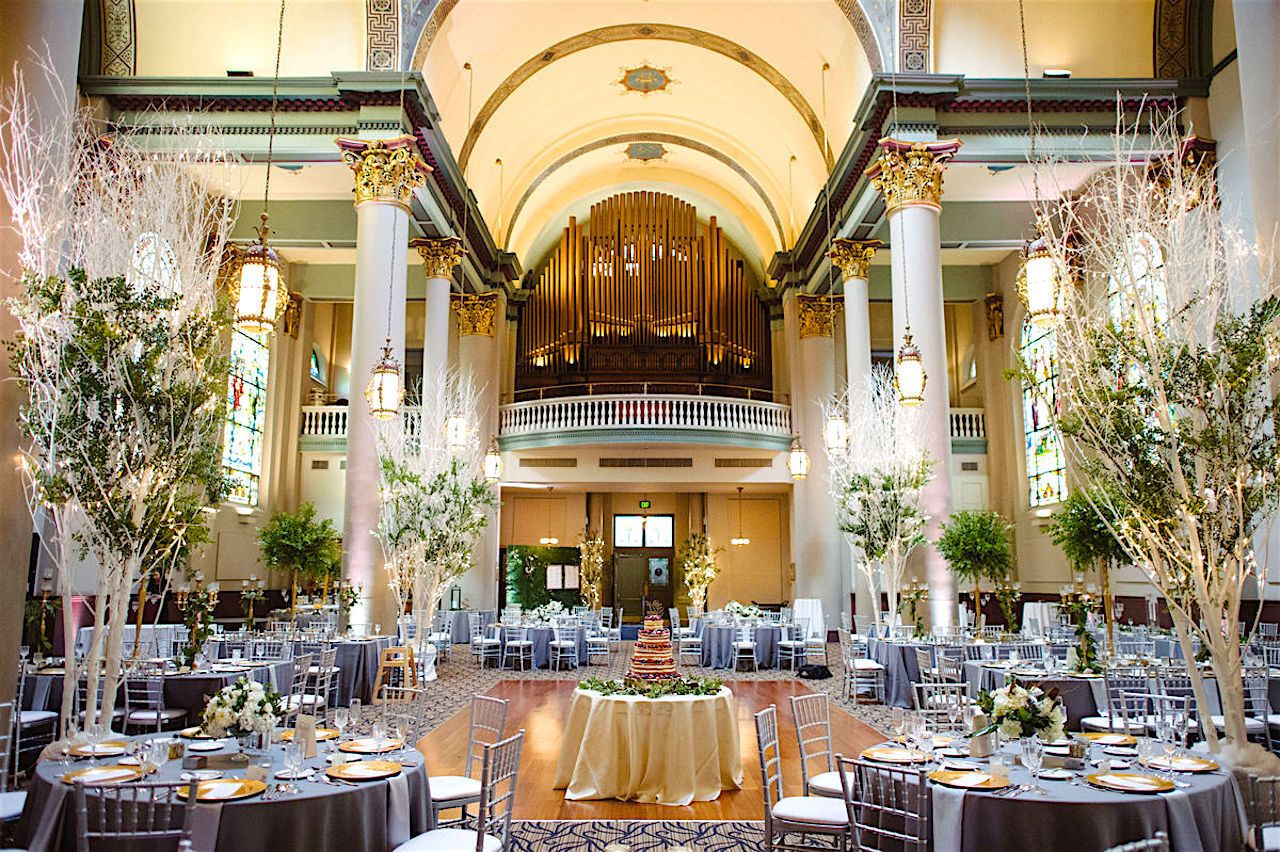 True to its name, the Priory Hotel used to be a Benedictine monastery. Restored in 1986, the hotel rooms are now dressed with Edwardian antiques and modern-day furnishings. In the adjoining church is Pittsburgh’s Grand Hall, a space used to host events and wedding receptions. Despite the religious setting, the Priory Hotel openly welcomes LGBTQ guests and wedding receptions. A short walk to the Andy Warhol Museum, Randyland, and downtown, you’ll also find plenty of entertainment nearby.

LGBTQ TravelMeet the New Gayborhoods of the US
Tagged
LGBTQ Travel Insider Guides
What did you think of this story?
Meh
Good
Awesome

7 Signs You Were Born and Raised in Pittsburgh

15 Dilemmas Only People From Pittsburgh Will Understand