ALTHOUGH LGBTQ+ rights have progressed tremendously in the past few years with the legalization of same-sex marriage and same-sex adoption in many countries, there is still a lot to be done to achieve complete equality and erase discrimination against LGBTQ+ individuals around the world.

Equaldex, a collaborative LGBT knowledge base, has put together these maps about the state of LGBTQ+ rights and the improvements or retrogressions some countries are going through.

It is uplifting to see that the map below is predominantly green, but it is also incredibly disturbing to think that there are still countries that punish homosexual activity by death (Saudi Arabia, Iran, Afghanistan, Mauritania) or imprisonment.

Please note that since the map has last been updated, Finland has legalized same-sex marriage (on March 1st, 2017).

For some transgender individuals, the legal recognition of sex reassignment on their birth certificate is an important step in their transition and their acceptance. In some countries, it is legal without the need for surgery, while in others it is legal only after surgery to feminize or masculinize the body. Changing gender is completely illegal in some countries such as Peru, Namibia, the Philippines, etc. 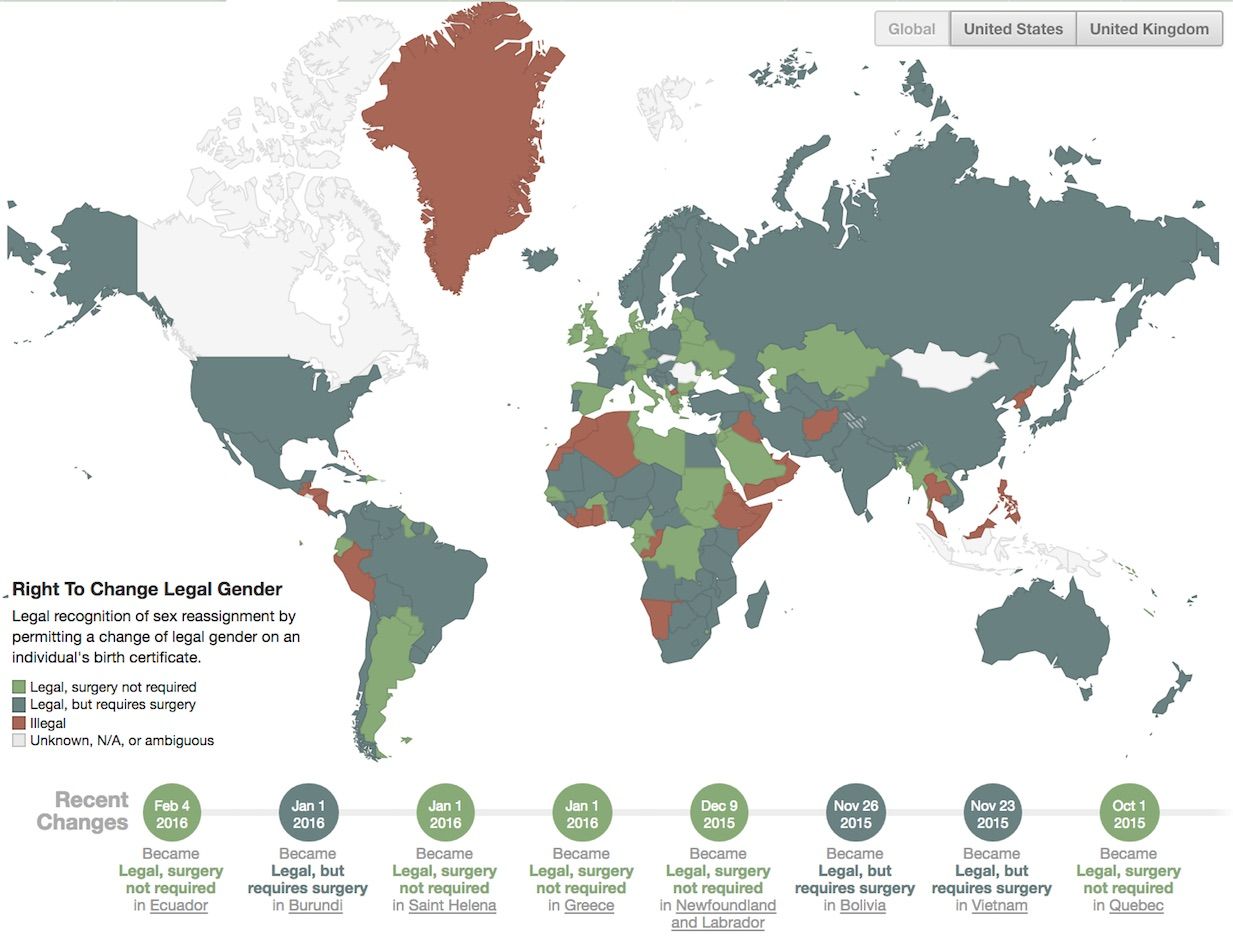 Please note that since the map has last been updated, Finland has legalized same-sex adoption (on March 1st, 2017).

We’d like to see this map entirely covered in green but, alas, we’re still far from a global prohibition of discrimination based on sexual orientation and/or gender identity. 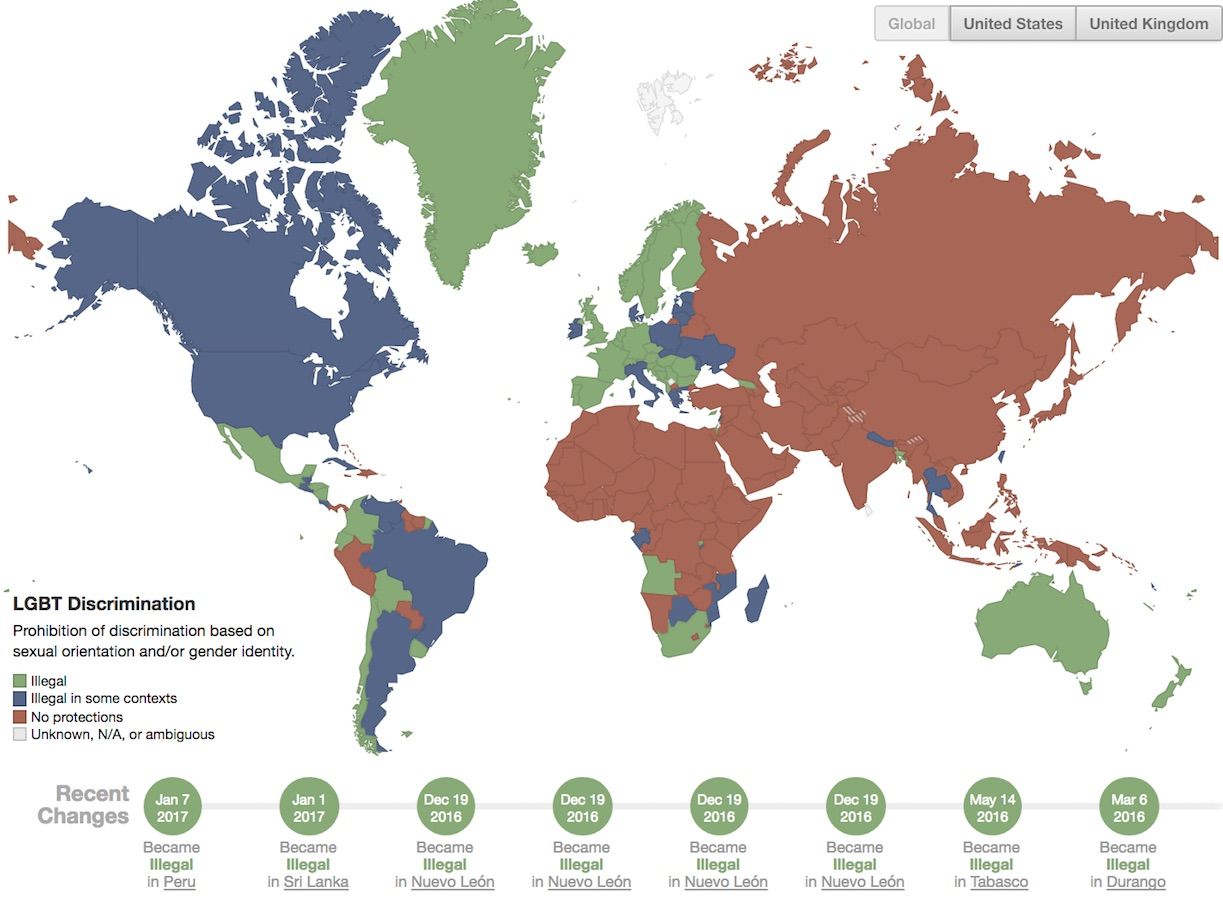 Conversion therapy is a dangerous practice that falsely claims to change a person’s sexual orientation or gender identity using psychological treatment, spiritual counselling, and sometimes electroshock therapy and other forms of mental and physical torture. Conversion therapy has been proven ineffective and often drives people to depression, anxiety, drug use, or suicide. 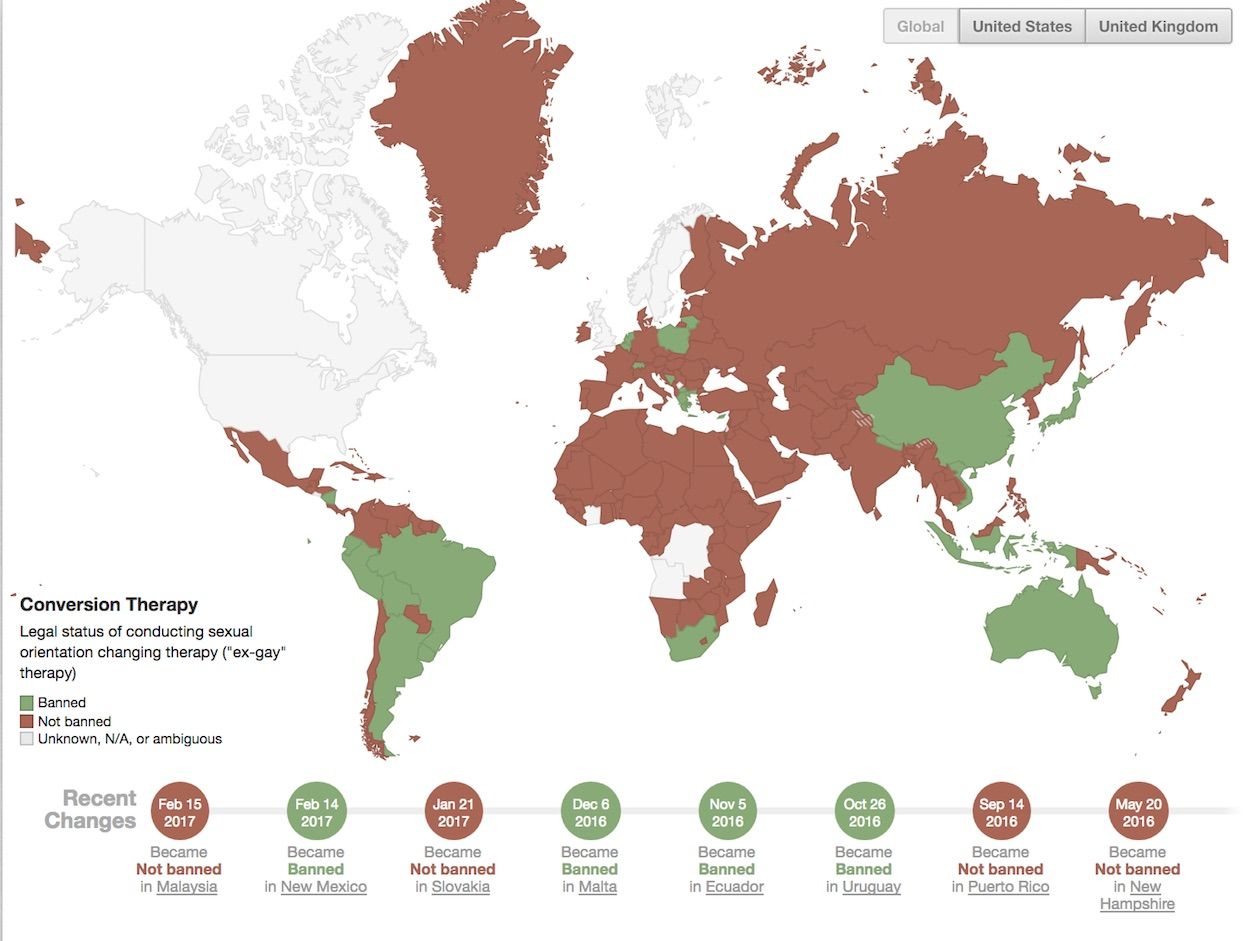 For more details about each nation’s laws regarding LGBTQ+ rights, please click on the country you are interested in here.

LGBTQ TravelBeing Gay Is Still Illegal in 76 Countries, but That Doesn’t Stop Us From Traveling
Tagged
Maps + Infographics
What did you think of this story?
Meh
Good
Awesome