Honey is like edible gold. It’s sweet and soothing, lending decadence to Turkish desserts and curative properties to New Zealand salves. It’s been in high demand for millennia: Ancient Greeks called honey the nectar of the gods, and in recent years, the world’s most coveted honey has sold for more per ounce than actual gold.

Like wine, honey is produced all over the world, with each batch taking on characteristics from the local terroir. All honey begins as nectar, which bees collect from the flowers that bloom near their hives. Different flowers, like grape varieties, impart different qualities: Buckwheat honey is dark and malty like molasses. Acacia honey is light in both color and taste. Wherever you go, local honey offers a literal taste of your destination.

Lucky for travelers, few types of honey are as pricey as precious metal. Next time you’re looking for an international keepsake, think outside that same old souvenir box of T-shirts, magnets, postcards, and popular wines. Honey is the gift that keeps on giving every time you dip into the jar, whether you’re recreating a recipe you discovered while abroad or simply want to savor your travels with a spoonful.

If nothing else, honey is one souvenir you can feel good about buying. Supporting local beekeepers means supporting honeybees, which are invaluable as our most productive pollinators. Some 80 percent of the world’s crops rely on them to keep reproducing.

Chances are you can track down local honey in any destination, and maybe even sign up for a tasting while you’re there. But the following 11? Well, they might actually be worth traveling for. 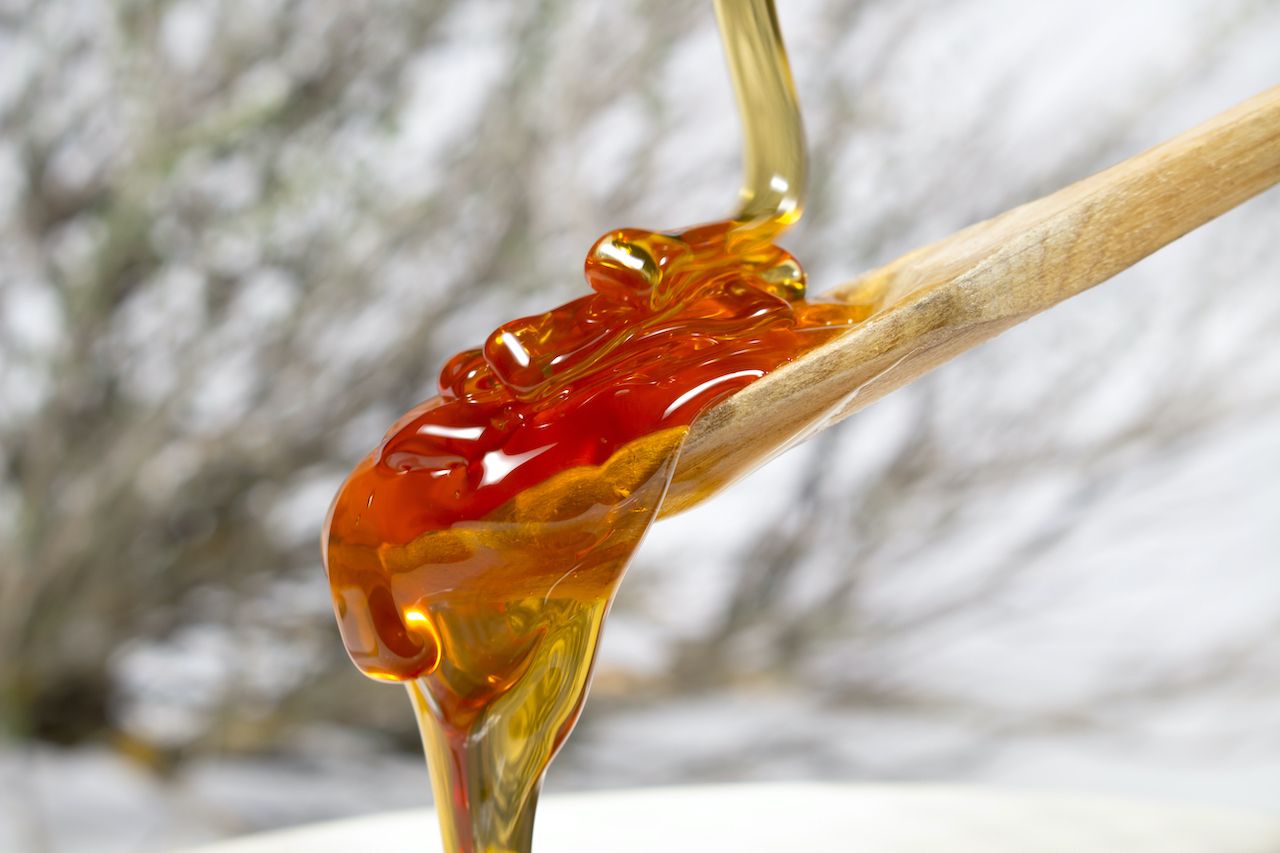 If any honey can be called the nectar of the Greek gods, it’s this one from Mount Hymettus outside of Athens. Today, it’s more commonly branded as thyme honey owing to the herb from which the region’s honeybees source their nectar. The result is a pale honey with an herbaceous perfume and a flavor that’s reminiscent of fruit and pepper. Hymettus honey adds pleasant complexity to Greek sweets like baklava and loukoumades, doughnut holes soaked in honey.

Harenna honey comes from Ethiopia. Specifically, hives made by beekeepers that are raised up into the treetops of the Harenna Forest in the Bale Mountains. An ancient practice, Ethiopia’s traditional beekeeping methods are dying out. Creating the hives and later smoking out the swarm to collect the honey is dangerous, labor-intensive work, and today’s beekeepers are increasingly looking toward modern techniques. While in Ethiopia, there are several other types of honey to seek out, as well, including Tigray white honey and Wenchi volcano honey. 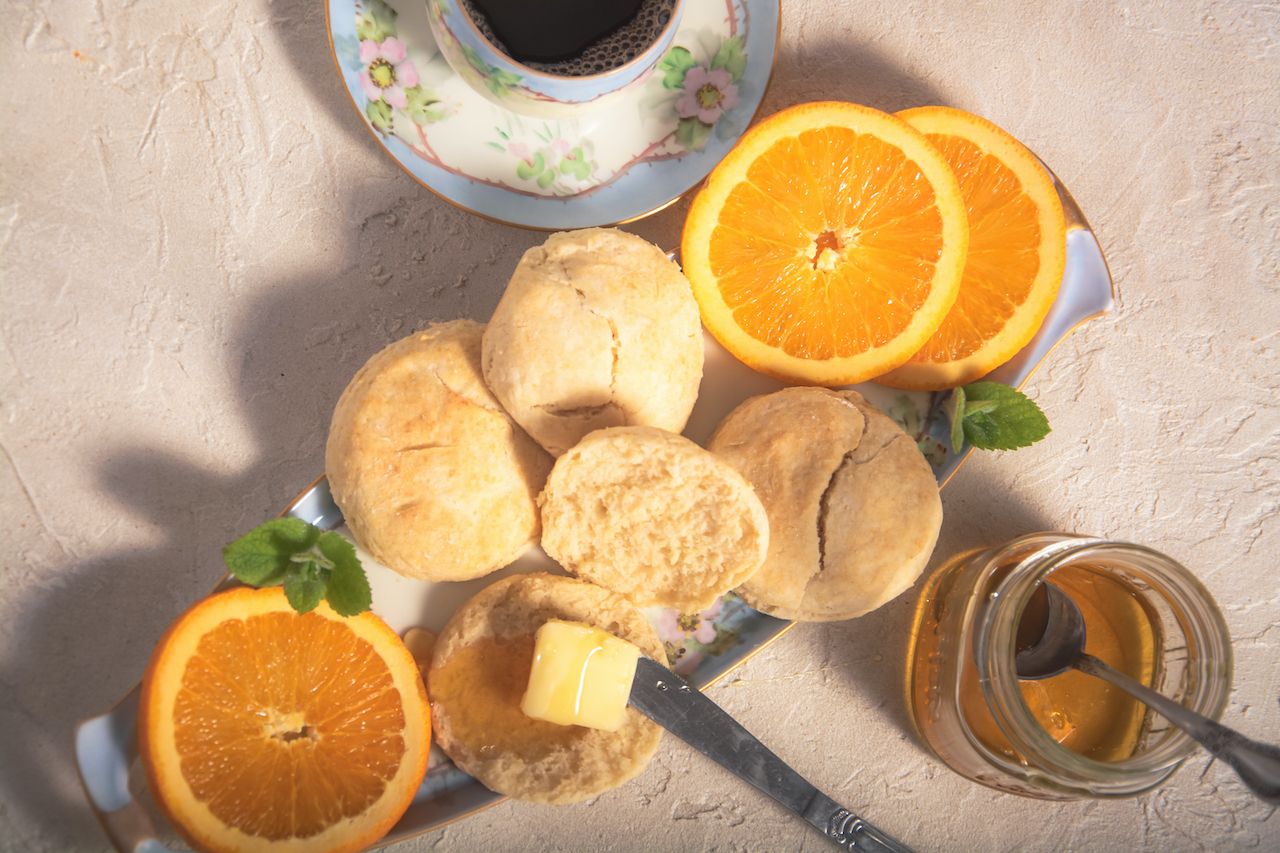 Van Morrison had it right when he sang about tupelo honey’s legendary sweetness. Floral and fruity, subtle yet spicy, and slightly green, this variety is famously associated with the Florida Panhandle. Yet tupelo gum trees grow throughout the Gulf Coast where they thrive alongside rivers like the Ogeechee and Apalachicola. These wetlands attract both bees and bold beekeepers, whose products are some of the most expensive on the American market given the tricky location and the short blooming season, which lasts just two to three weeks on average. 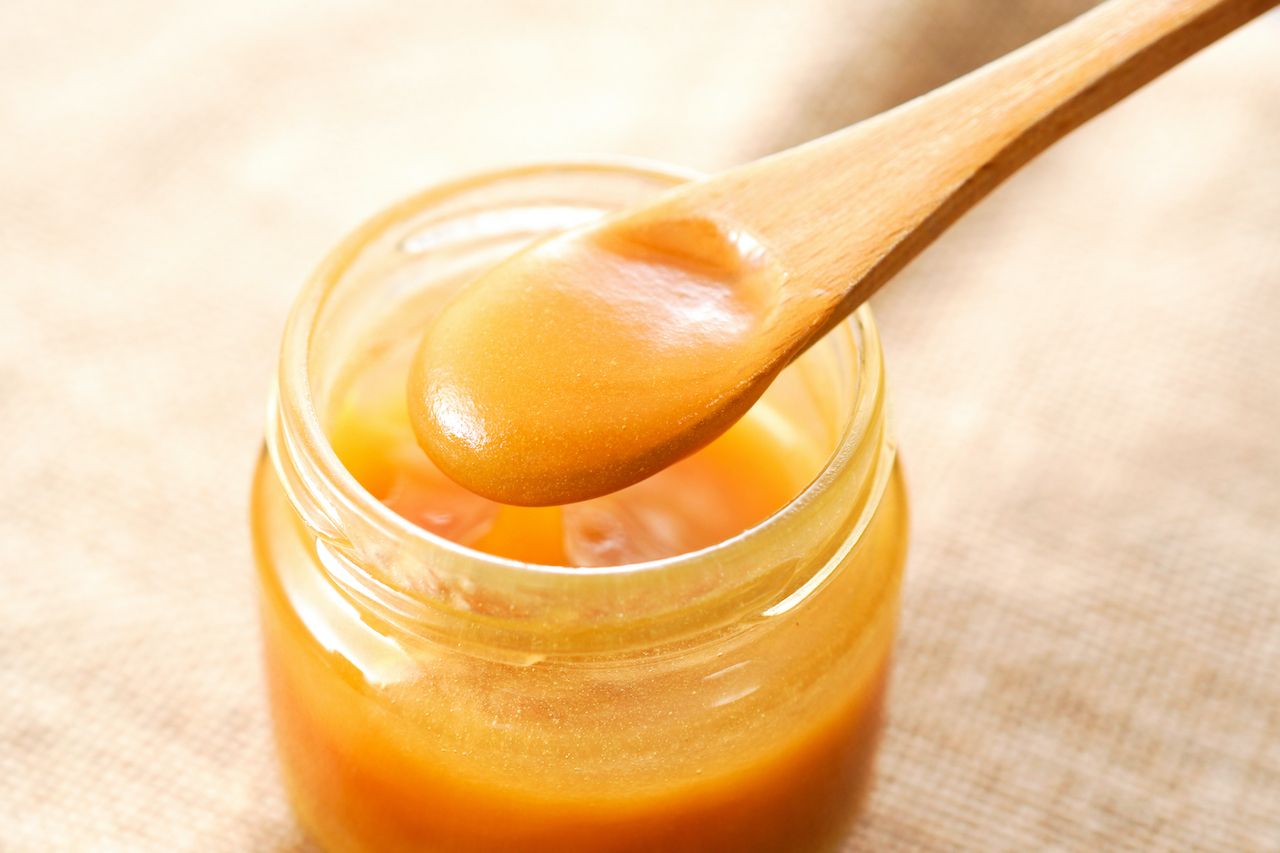 New Zealand’s Maori have long regarded manuka honey as medicine. The secret’s been out since the early 1980s when a New Zealand-born biochemist created a government-certified grading system for its antibacterial benefits. According to the Molan Gold Standard, all manuka honey can be ranked from 5+ to 25+ based on its methylglyoxal content, the ingredient likely responsible for its antiviral, anti-inflammatory, and antioxidant properties.

Nectar from manuka trees gives the eponymous honey a dark amber color and earthy, herbaceous flavor that’s sometimes described as minty. In big cities like Auckland and Wellington, manuka honey features on bar, restaurant, and cafe menus. There are also entire storefronts dedicated to the stuff, perfect for both tastings and stocking up.

Hawaii’s Big Island honey is rare, not only because it comes from a scarce mesquite tree that has all but disappeared in its native South America but also because it’s white in color. Silky smooth and tart with a hint of lemon, it almost resembles a tropical fruit curd more than honey.

Heather honey is perhaps the most delicious thing to come from the Scottish moorlands outside of the scenery. Purple, bell-shaped heather plants, which only bloom for a few weeks in September, are responsible for the honey’s characteristic aroma. While the taste is more subtle, if notably herbaceous, the consistency is intensely thick and the perfume richly earthy. It’s as close as anything will get to capturing the Scottish countryside in a jar.

Pitcairn Island, a British overseas territory in the southern Pacific Ocean, plays host to one of the healthiest bee populations anywhere in the world. This, in turn, creates some of the finest honey. Its intensely sweet, fruity flavor is also credited to the tropical plants that Pitcairn’s honeybees collect their nectar from, including mango, passion fruit, guava, and rose apple flowers. Though the island itself is out of the way of many travelers, Pitcairn Island honey can be found elsewhere in Oceania, notably New Zealand.

Deep in the Malaysian jungle are sky-high tualang trees whose nectar is collected by rock bees to make this inky, somewhat bitter honey. The intensity of the color and flavor varies, though most tualang honey tastes distinctly mineral-y. In recent years, researchers have scrutinized its medicinal potential, which has been rumored to fight infections and tumors, heal wounds, and act as a natural hormone replacement therapy. While its healing potential is promising, tualang honey is not easy to harvest. Hives can be located as high as 150 feet in the air, and rock bees have been reported to be particularly protective and aggressive toward beekeepers. 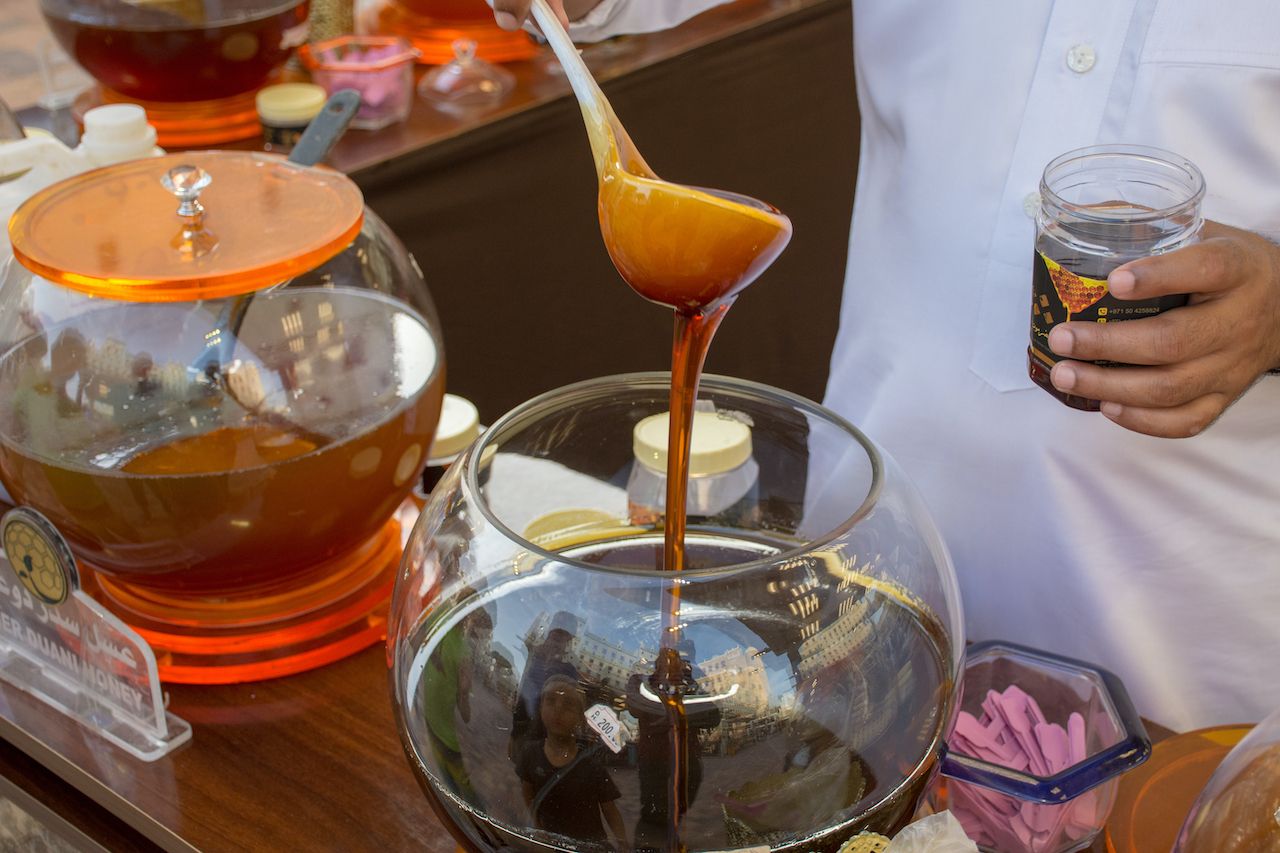 Yemen’s healing sidr honey has been called the Middle East’s manuka. It’s made from the nectar from ancient, desert-dwelling sidr trees, whose bark and berries are also valued for their antiseptic benefits. Rich and delicious, sidr honey sometimes appears brown or even dark red. It’s among the strongest, richest honey anywhere in the world, both medicinally and in flavor.

Leatherwood is Tasmania’s main nectar-producing plant. It primarily grows along the Australian island state’s rugged west coast. Though beekeepers have to wade deep into the wilderness to harvest leatherwood honey, it’s a steady export and income for the Tasmanian economy, as there’s a high international demand. Italian honeybees are equally responsible for producing leatherwood honey, having been introduced to the island in the late 19th century. The end result of all that work, both human and apian, is strong, spicy honey that’s unique to the region.

This Turkish honey is the most expensive in the world. It’s been sold for nearly $200 per ounce. A lot of the cost can be explained by the extraction method: It’s collected from a high-altitude cave in the Saricayir Valley of northeastern Turkey that’s estimated to descend more than a mile underground. The cave’s mineral richness is said to give Elvish honey health benefits, yet it’s also treasured for its golden color and thick, syrupy consistency.

SustainabilityAlmond Milk Is Responsible for the Death of Billions of Bees
Tagged
Food + Drink
What did you think of this story?
Meh
Good
Awesome