DENVER IS CATAPULTING onto the world culinary stage, with a growing contingent of celebrated chefs, mixologists, and craft connoisseurs driving a steady march of new restaurant concepts. Don’t get me wrong — locals still love their green chile, and Rocky Mountain oysters still appear on more than a few menus around town. But the modern food and drink scene is built on hand-crafted slow food with an emphasis on locally harvested ingredients. Casual is dominant. Quality is ensured.

If that sounds good to you, here’s a local’s guide to eating and drinking the best of Denver.

Step 1: Brace yourself for the food market explosion. 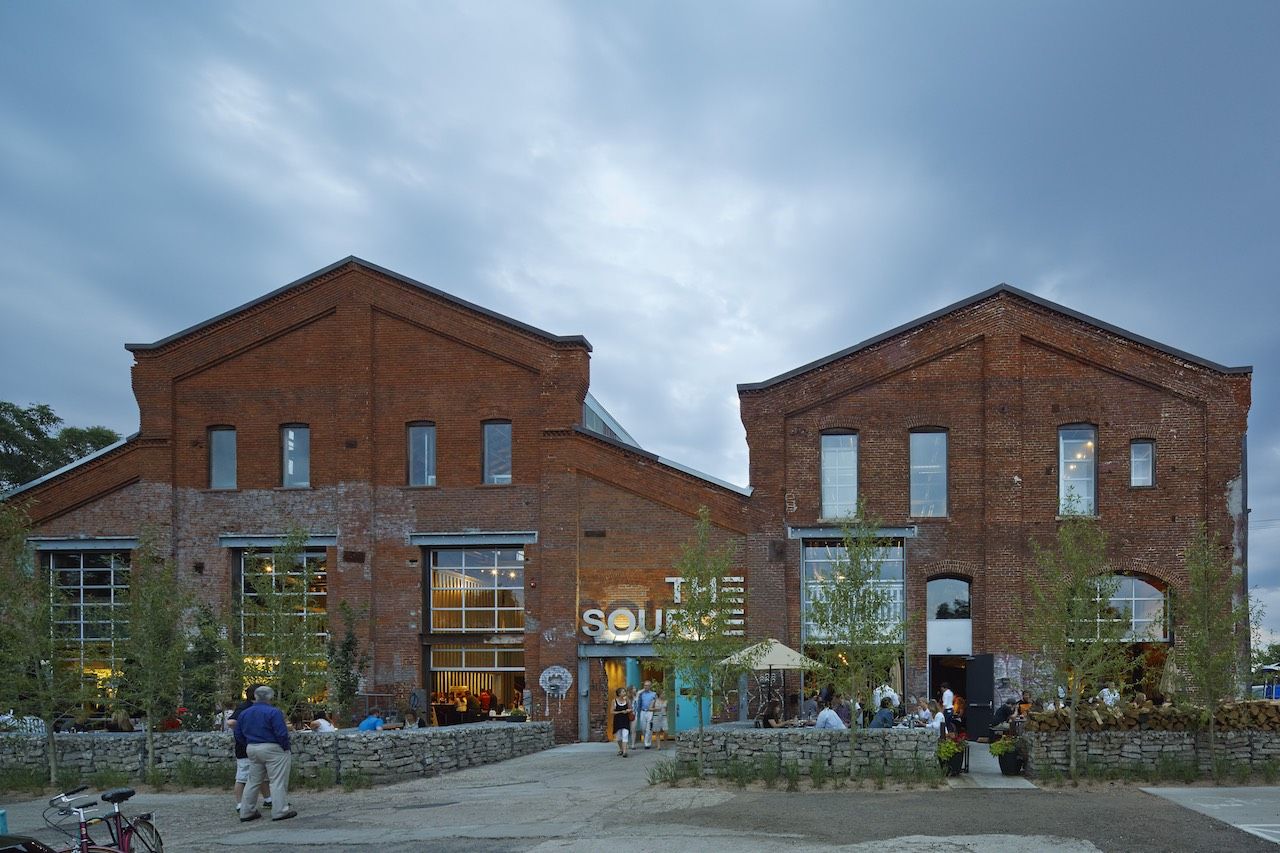 Photo: Timothy Hursley for The Source

Food halls and markets are reworking the way this city thinks about dining. Multiple chefs and culinary themes coalesce under one roof, often accompanied by bakeries, breweries, and even a butcher. If you can’t find something here, that’s on you.

Case in point: The Source will soon take the food hall trend one step even further by adding a second warehouse and a hotel to the mix. Acclaimed Denver foodie spots Acorn (a wood-fired restaurant) and Comida (Mexican taqueria with a modern twist) already call The Source home, along with market staples like a butcher and bakery. Crooked Stave Artisan Beer Project is onsite, and the location on Brighton Boulevard is the hottest place in town right now.

And then there’s The Denver Central Market, the go-to food market in the city and a food and beverage hub on the south side of the trendy RiNo neighborhood. Along with traditional market staples such as The Local Butcher, Culture Meat and Cheese, and Silva’s Fish Market, vendors also include renowned chef Sean Kelly’s SK Provisions, Vero for pizza and pasta (as well as Italian food products for sale), and a cocktail spot called Curio Bar.

Across I-25, Avanti F&B is a food hall featuring a rotation of chef vendors trying out new concepts, along with established winners. Their upstairs patio has an incredible view of downtown, and the facility is anchored by a gourmet bar with service covering the entire grounds — grab a seat wherever you’d like, and they’ll come to you.

Step 2: Dress for the occasion. Occasionally. 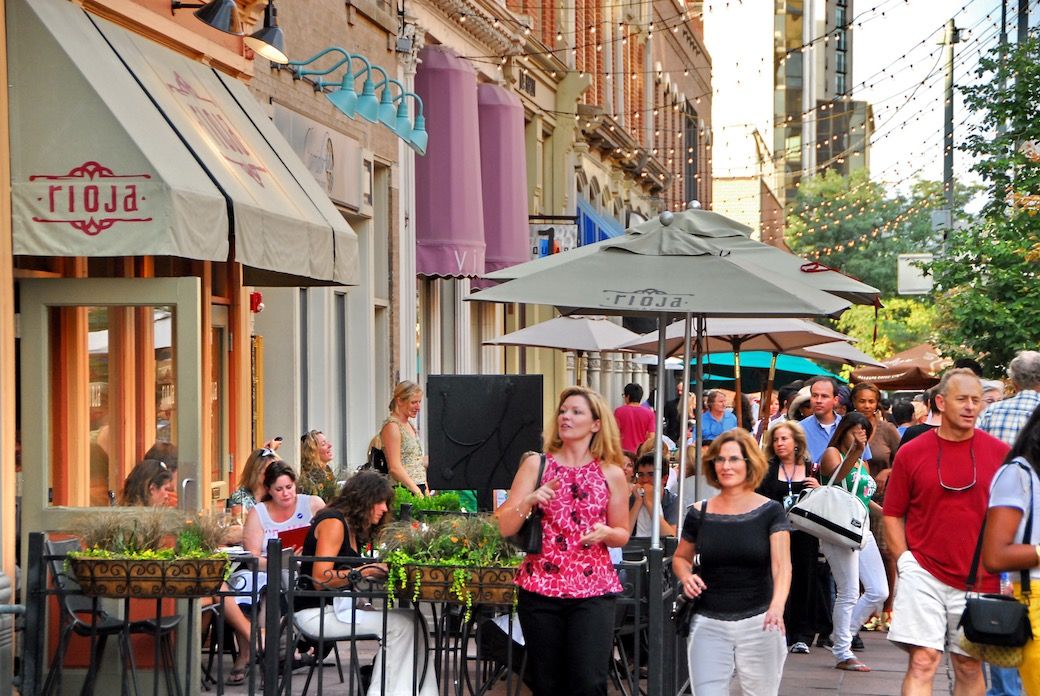 Don’t be surprised if there’s no white tablecloths draped across your hotel restaurant. Denver puts the cool in casual, with a come-as-you-are mentality. Think of Denver like this: cosmopolitan city, Colorado style. But make no mistake — dining experiences are still of the highest order, with award-winning chefs preparing the freshest local ingredients:

Step 3: Relax on the rooftop. 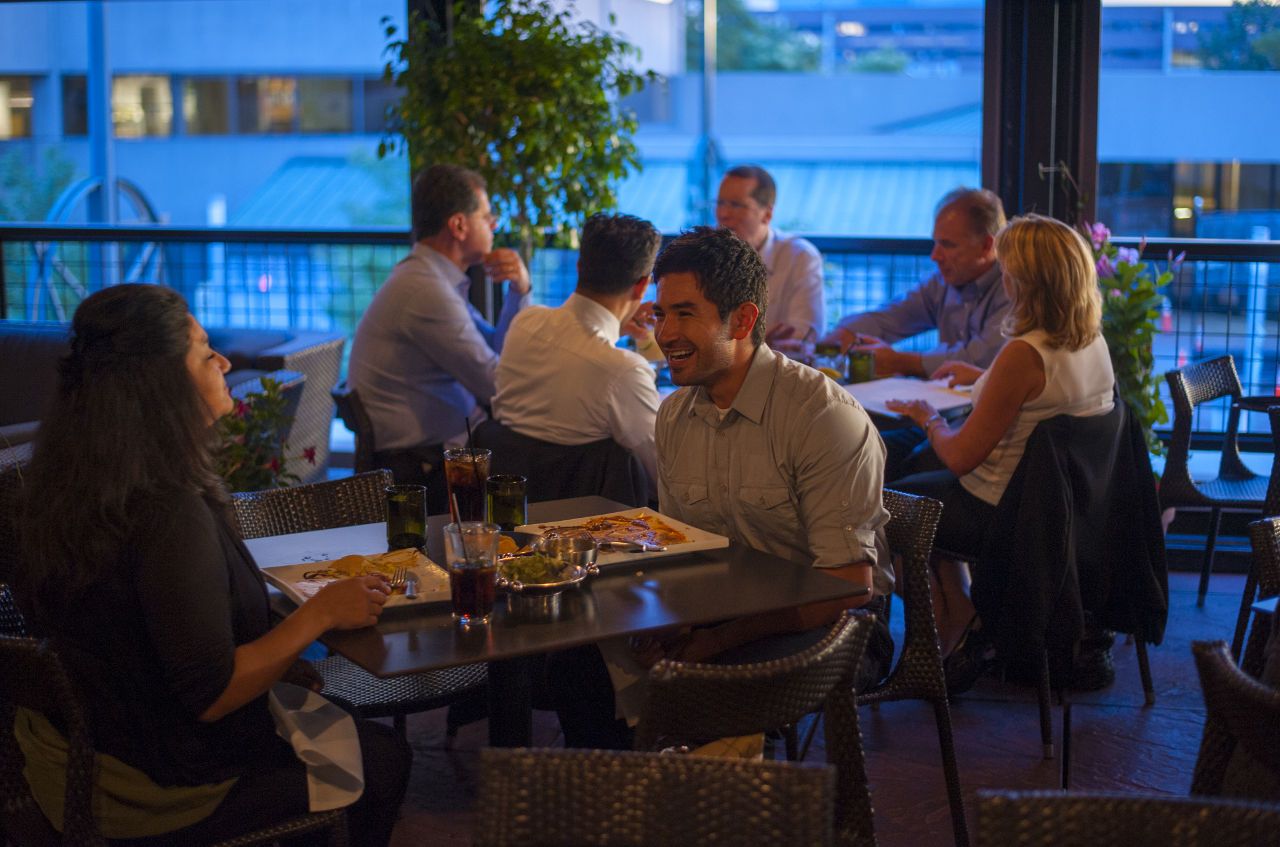 In Denver, 300 days of sunshine each year means the best eating and drinking often happens outside. Patios are the place to see and be seen from spring through late fall (and often in winter, too). Here are my favorites: 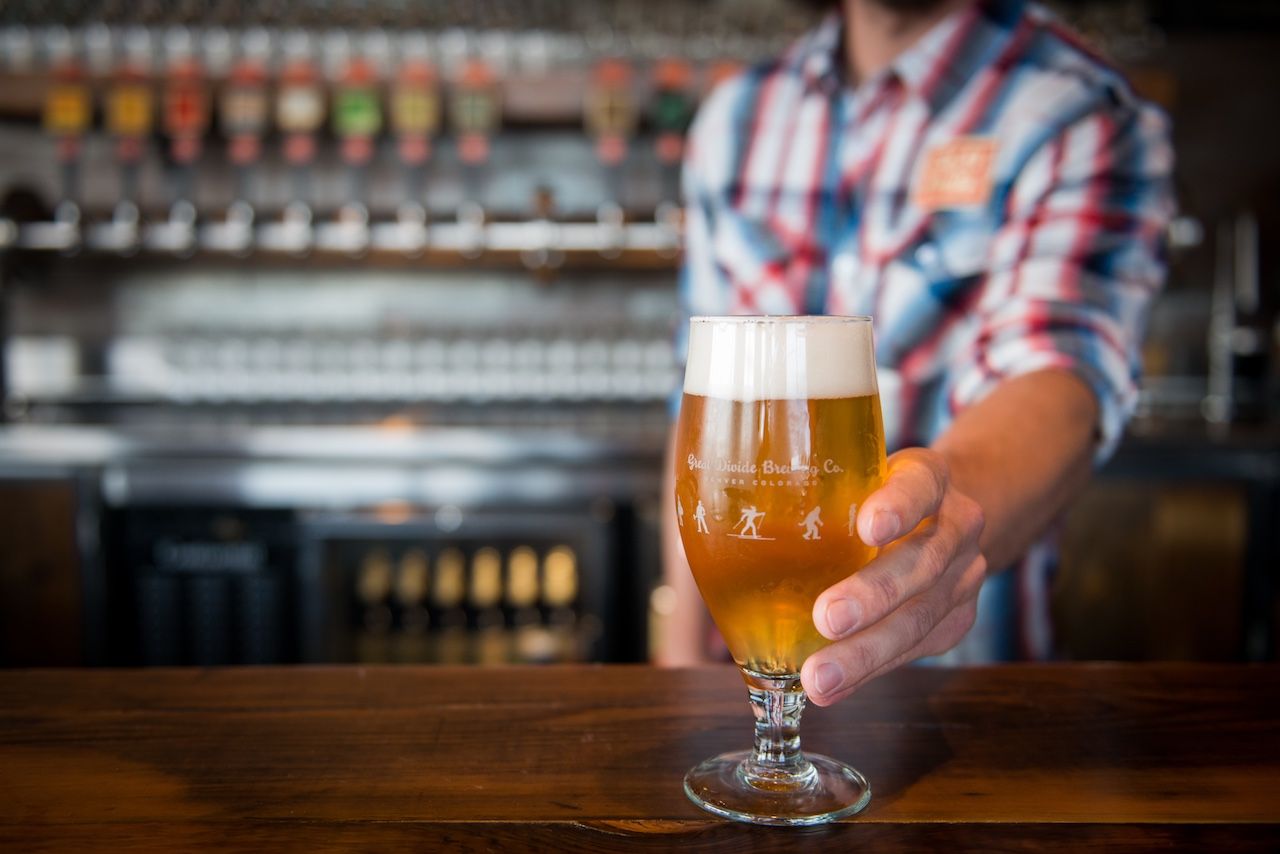 From the suds-soaked streets of RiNo to smaller hideaways tucked into corner shopping centers and neighborhood streets, there is literally beer everywhere. It’s well known that more than 100 breweries dot the metro landscape, but that fact alone doesn’t quite do justice to our city’s passion for beer.

To sum it up, our craft scene features everything Denverites love. Into literary history? Check out Fiction Beer Company. Heavy metal? Knock heads at Black Sky Brewery. Mythical legends? Work your way through a pint of Yeti at Great Divide Brewing Co.

To take in as many of these offerings as possible, hit the Denver Beer Trail. The self-guided route starts downtown and expands outward across the city in a labyrinth of hops and yeast. You’ll get to experience classics like Wynkoop Brewing Company, founded by now-Governor John Hickenlooper, in addition to new hot shots like Jagged Mountain Craft Brewery and Spangalang Brewery.

This explosion of craft beer has paved the way for a growing number of craft distillers, too. Rising Sun Distillery, for example, creates handmade organic vodka and gin, while Laws Whiskey House sources its grain from the family-owned Colorado Malting Company. And The Infinite Monkey Theorem Winery serves craft wine in the heart of the city. As craft distillers and vintners work their magic around town, the opportunities to enjoy their work are on the rise, and soon enough they’ll share the spotlight equally with our brews. 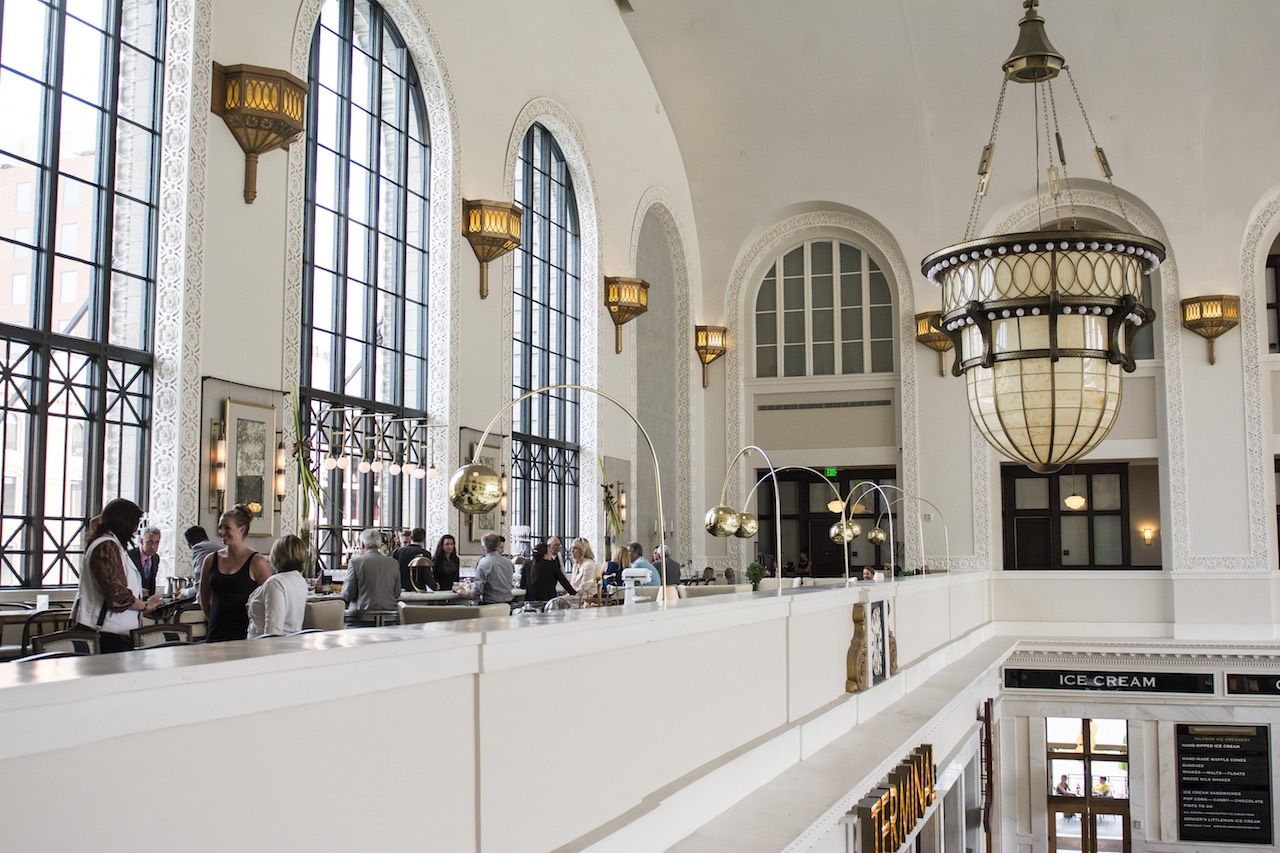 Pouring a four-count into a highball glass filled with ice is simple — but that doesn’t cut it here. Drinking at altitude necessitates a cocktail of the highest order, and barkeeps across Denver have taken the simple mixed drink and turned it into an art form. Here are the spots worth immediate note:

Step 6: Put down your steak and live a little. 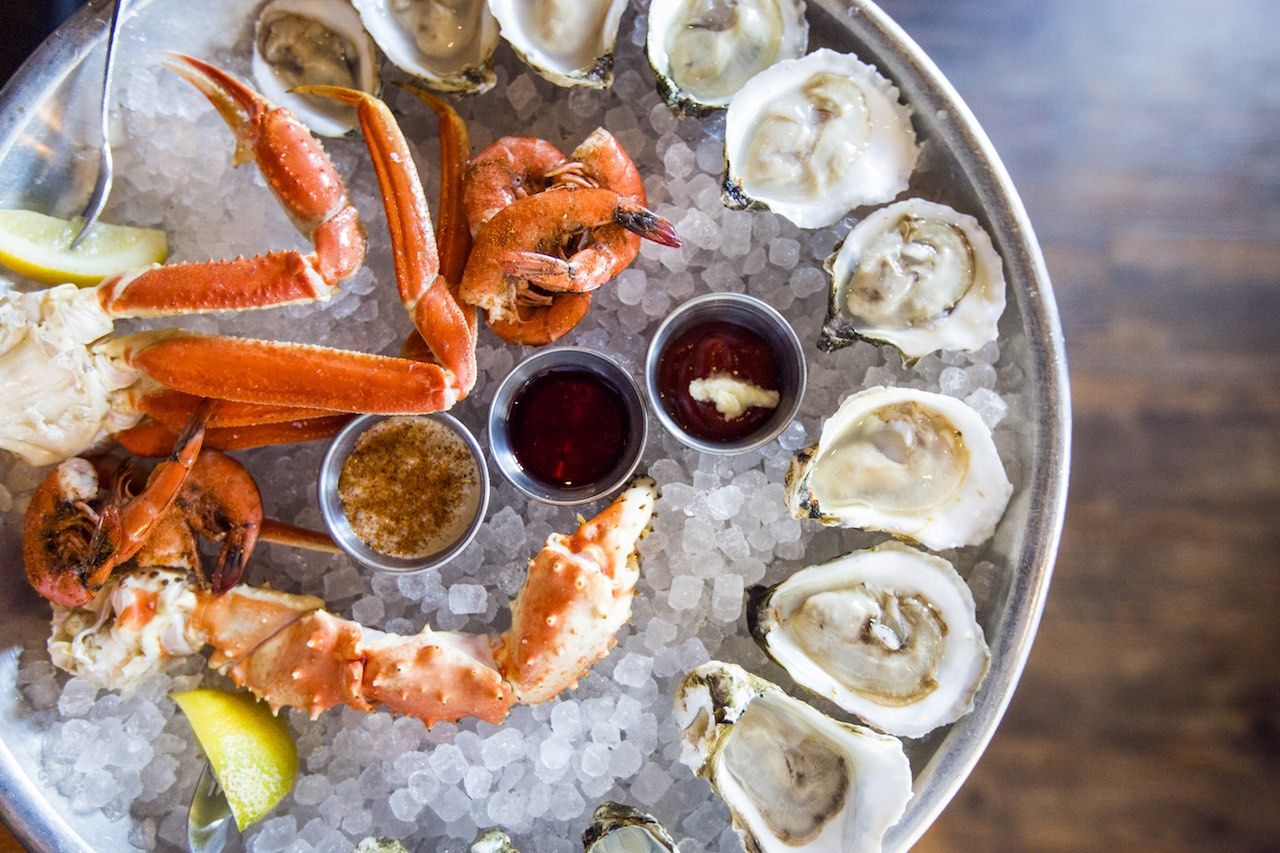 How is great seafood possible in a landlocked state, you may ask? For starters, that plane that takes seafood from West Coast to East stops here first. Culinary hot spots including Stoic & Genuine and Jax Fish House fly in oysters on the daily. Chef Nobu Matsuhisa serves coastal-rivaling sushi at his namesake restaurant, in an atmosphere as fulfilling as the food itself. Let’s not forget about our homegrown staple, though. At the edge of Larimer Square, Russell’s Smokehouse does a Smoked Potted Trout that is unsurpassed. Steuben’s, always a local favorite, prepares a solid trout amandine as well.

And then there’s the city’s Latin and Mexican scene — to not partake in these is not to eat Denver. The options are nearly endless: The 9th Door Downtown serves perfect tapas and Iberian wines. Mexican craving? For coastal cuisine, check out Lola Coastal Mexican in LoHi. Or hit up family-owned La Loma — it serves wicked food and some of the best margaritas in town.

South Federal Boulevard is home to Little Saigon, where there are seemingly dozens of phở options. Asian markets line the street from north to south. Beyond Federal, Little India offers classic Indian fare and one of the city’s best lunch buffets. For ramen, check out Uncle on 32nd Ave. 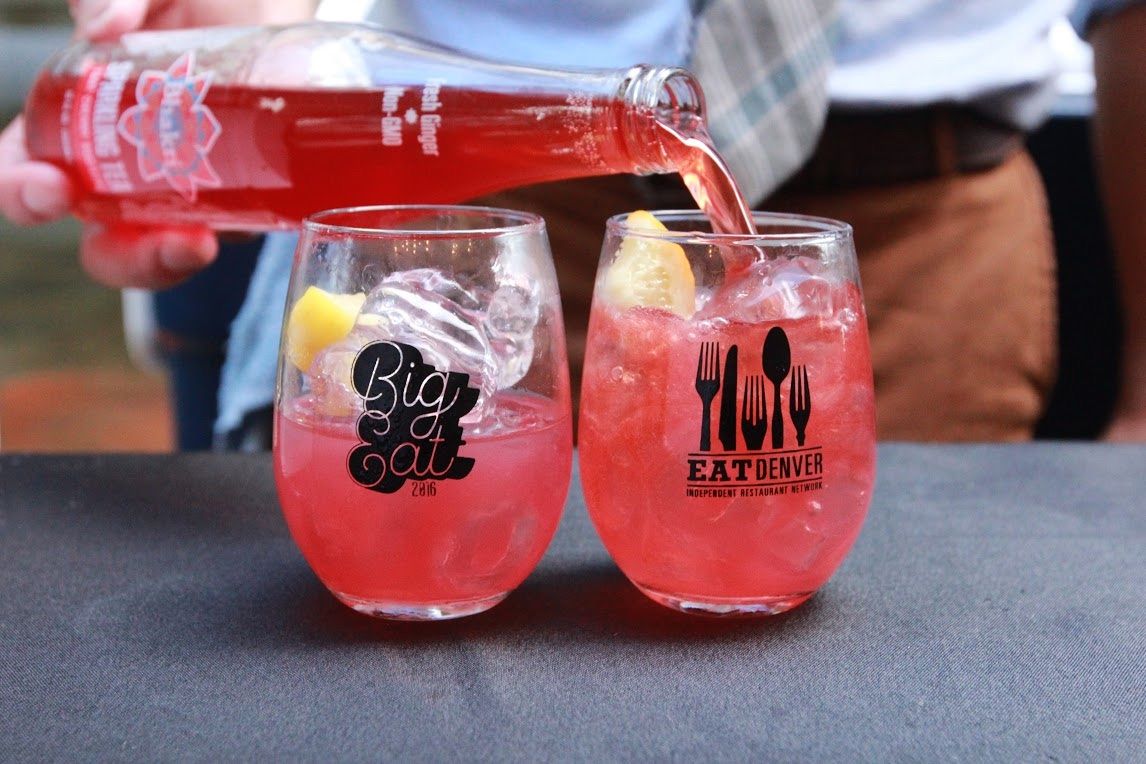 Can’t make it all over the city during a stay? Hit one of the many festivals meant to bring the best of the culinary scene together:

Not in town these dates? Cool. Most Tuesdays, Wednesdays, and Thursdays, from May through early October, diners treat themselves to what’s known as Civic Center EATS. Many of the city’s best food trucks gather to feed the downtown office workers, tourists, and other hungry hordes that gather at Civic Center Park.

This post is proudly produced in partnership with VISIT DENVER.
Tagged
Food + Drink Insider Guides Denver, CO, United States
What did you think of this story?
Meh
Good
Awesome