In the past few weeks (years even), it’s been easy to lose a little faith in humanity. But I should have known that if there was any hope for redemption for us, it would come in the form of live music. This past weekend at the M3F music festival, a two-day music festival staged at the Margaret T. Hance Park in downtown Phoenix, Arizona, I got to experience, for the first time in a long time, people coming together in celebration of music, art, and food. And under the expansive desert sky, I found a glimmer of hope while having a good time for a good cause. 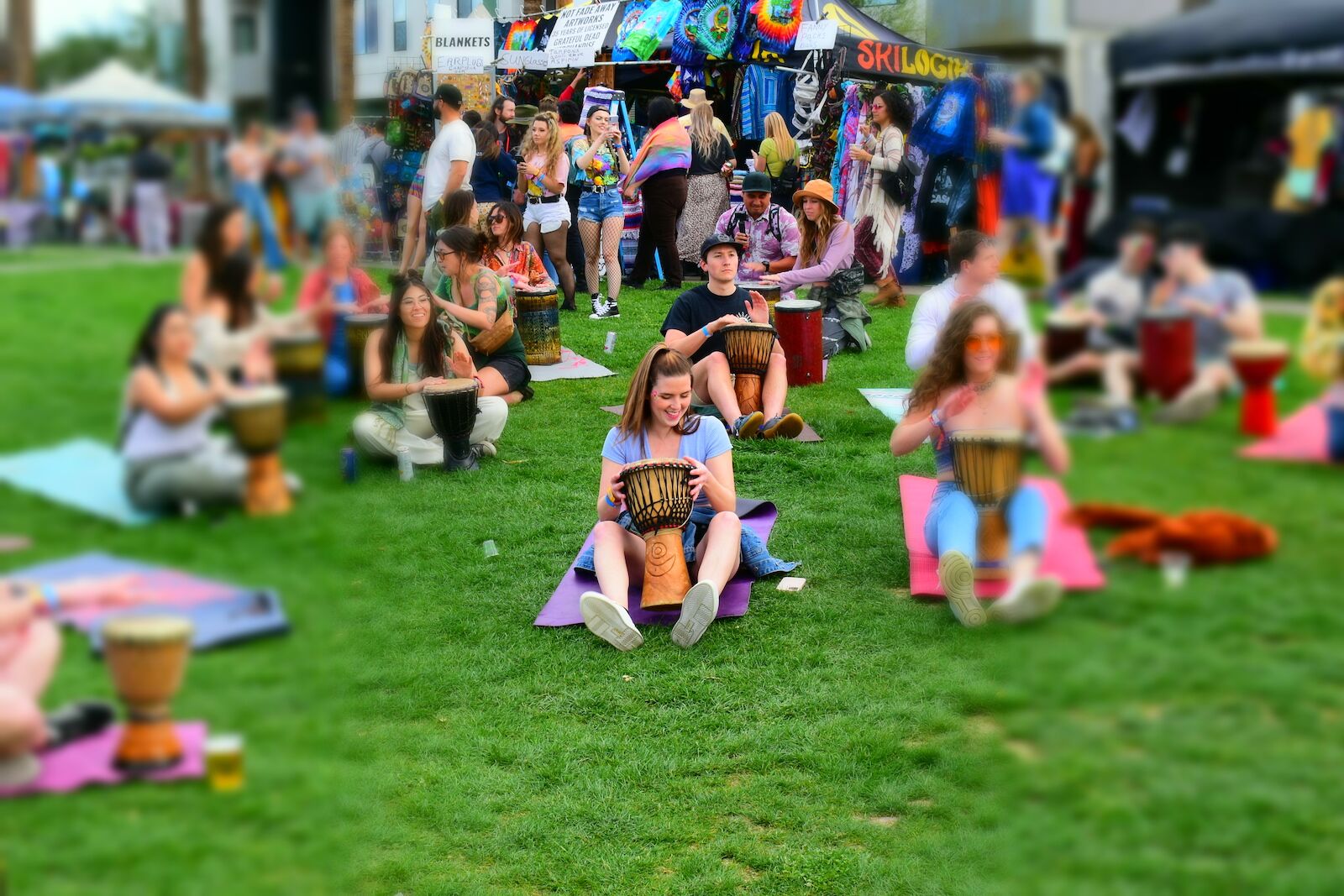 It was quite surreal to enter a festival and feel like it was the Before Times (i.e. 2019). A collective energy buzzed through the air as we walked around, browsing through the vendor booths where you could find everything from sequined capes to stickers. A drum circle pulsed on the lawn while people walked by in their festival best and little kids toddled between their adults’ legs. Along with a family-friendly atmosphere, the festival offered up a diverse mix of acts, bringing together major names like Leon Bridges, Grammy-nominated producer ZHU, and Kaytranada alongside several underrated and up-and-coming artists. 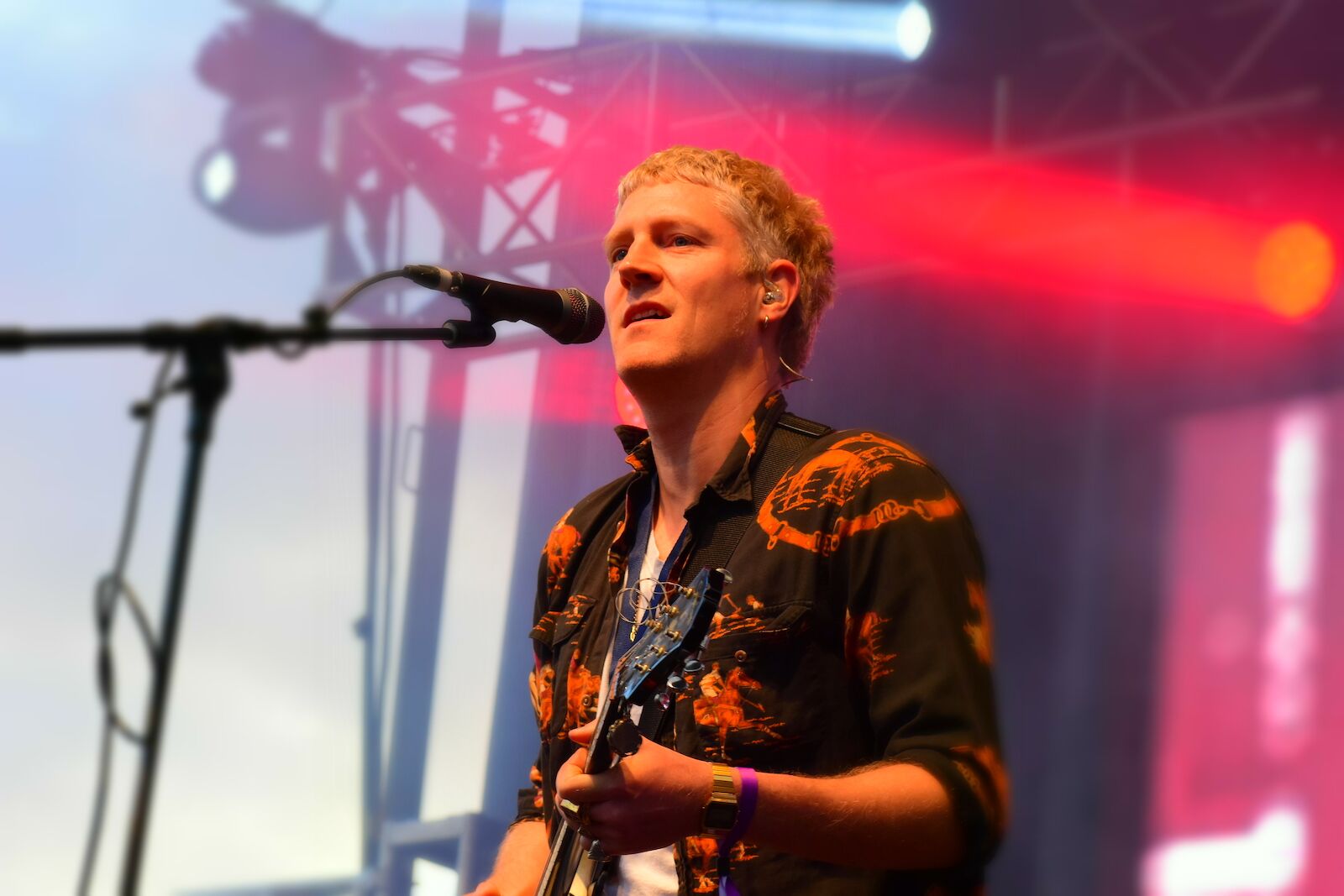 On the first day, I watched a gang of teen girls screaming their lungs out to LA rockers Modern Eyes, and saw Goth Babe initiate the most wholesome crowd surfing moment I think I’ve ever seen; then after the Franc Moody set, the band’s first ever at a US festival, I encountered stranger after stranger who couldn’t stop sharing how much they’d been blown away by the electric grooves. I hadn’t realized how much I had missed being around people who also just wanted to listen and dance to music that they love. By the time the UK collective Jungle came on, the stars were out, and the festival was lit up with light installations, one of which was a school of glowing jellyfish that weaved and bobbed through the crowd. Rock-rapper Bryce Vine closed out the fantastic first night, and we couldn’t believe we would get to do it all over again the following day. 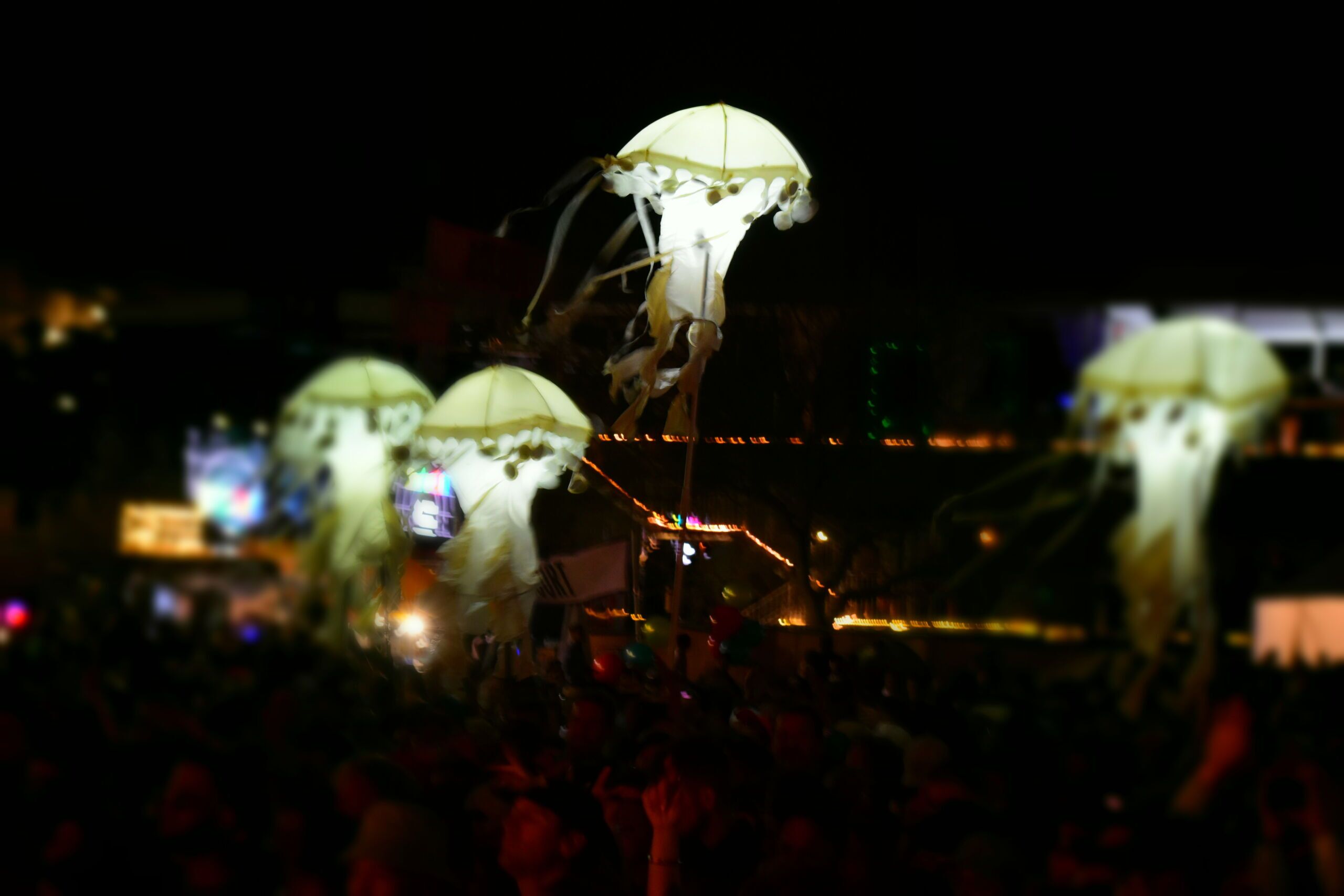 Festivities aside, one of the best things about the M3F music festival is that 100 percent of the profits are donated. Founded with a strong belief in community, culture, and charity, the festival works closely with various non-profit organizations, including the Music Therapy Program at Phoenix Children’s Hospital and Habitat for Humanity. One of the beneficiaries for this year’s event was Backline, which offers mental health and wellness resources to people working in the music industry and their families. After two years of not being able to go to a live music show, I’ve gained a new appreciation for the people involved in putting together events like this and understand the toll it must have taken to be unable to do what they love. This was a strong reminder that as much as the fans love and need the music and art, those creators need us too.

The M3F music festival and its ethos to link us all to the greater community feels like something that is more important than ever, and I think that any music fan would be happy to pay for a ticket that counted towards helping someone else. The success of this event, which has been running since 2004 with headliners including Beck and Kid Cudi, proves that it’s entirely possible to attract amazing acts and share your profits.

With full hearts and eager dancing feet, folks rolled into the park for day two of the festival and another round of good times, some greeting the day with a yoga session on the grass before heading to one of the three stages. The line-up was stacked once again with an eclectic mix of awesomeness, including Cautious Clay’s incredible saxophone and flute playing, Joshy Soul’s cover of MGMT’s “Electric Feel” which topped off their shimmery funk set, and Leon Bridges crooning and grooving his way across the main stage.

In the end, it was the soul-shaking beats of Montreal producer Kaytranada that made me feel like I was actually in a dream. I’d missed dancing in a crowd so much: it was like I’d lost a limb that had somehow been returned and I was finally whole again. I felt a rejuvenating thrill not just from the dancing, but from the unnamable feeling of loving a thousand other people just because we all felt a beat drop at the same time. And so it was that on a desert night at a music festival with a great mission, my faith in humanity was restored.