USING data from the US Energy Information Administration, reddit user pixelsandbacon created the map below to show which states in the nation produced the most electricity using renewable resources in 2016. 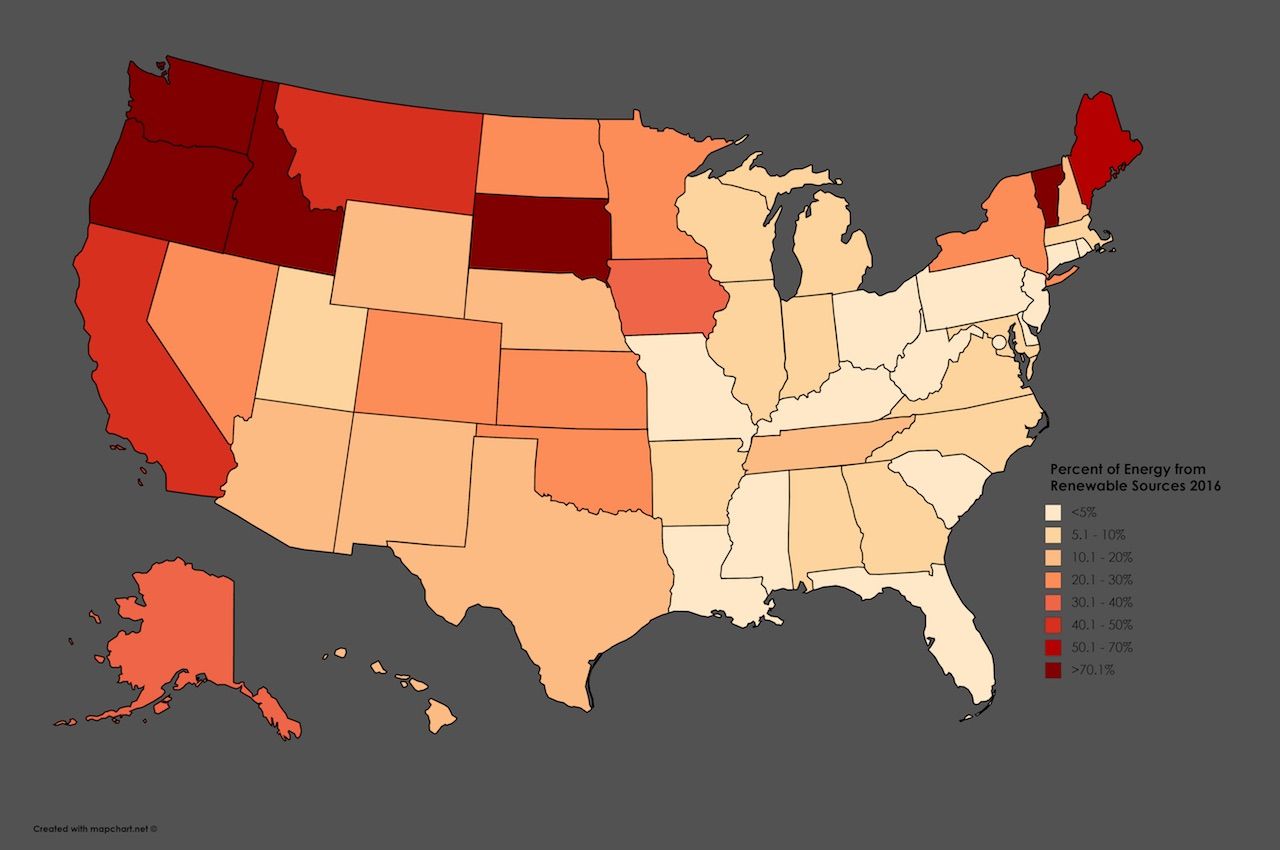 Those who produce the most sustainable electricity (over 70% of their total production) are Washington, Oregon, Idaho, South Dakota, and Vermont.

Some surprising results come from the fact that Florida (the Sunshine State) does not seem to take advantage of its climate to create sustainable energy (less than 5% of its production of electricity comes from renewable resources). The same goes for Arizona who, while “Phoenix boasts 300 days of sunshine a year” still obtains nearly 40% of its energy from coal, explains AZBIGMEDIA.

Although Texas has seen improvements in its use and production of renewable energy, and despite the fact that it is one of the best solar resource areas in the United States, the amount of electricty produced by renewable sources in the state remains quite low (between 10.1% and 20%).

Note that although hydroelectricity is considered a renewable energy, its environmental impacts are deemed very serious.