THE FIRST round of France’s 2017 presidential election took place yesterday and the final two candidates have been announced: Macron and Le Pen will face off for the presidency.

The far right populist Marine Le Pen gathered 21.4% of the votes, while Emmanuel Maron, an independent pro-European centrist won 23.9% of the votes.

The second round of the election will take place on May 7th. The Financial Times is already predicting Macron’s victory with 64% of the votes.

Below is a detailed map of who won what area of France last Sunday created by Cartes France. Another map created by Reddit user DoctorWinstonOBoogie shows the results by French departments (including overseas departments and territories): 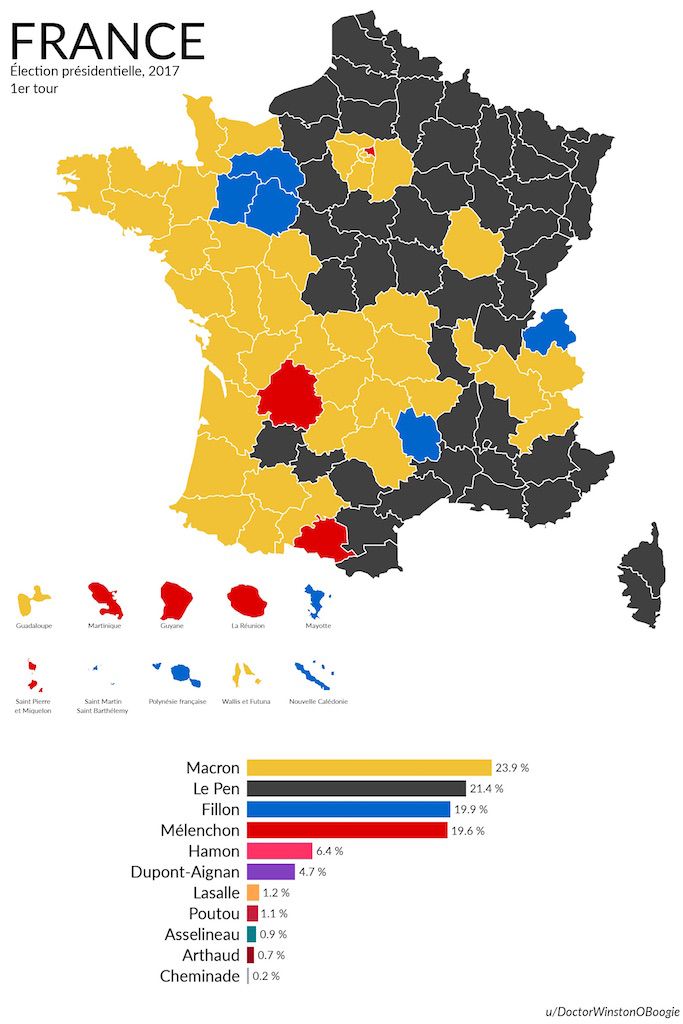 What are your thoughts on the French election? Let us know in the comment section.

Tagged
Activism France
What did you think of this story?
Meh
Good
Awesome