This piece was inspired by Jakub Marian‘s work here. For more of Jakub Marian’s work, follow him on Facebook here.

TIMES ZONES are much more than just a map of the world divided in 24 hours strips. As it turns out, they are filled with oddities. See for yourself.

China has only one very large time zone.

You’d think that a large country like China would be divided into several times zones (after all, Canada has 6), but no, it’s UTC+8 (8 hours ahead of the standard time measured in London) for everyone — including Tibet. See in green on the map below. 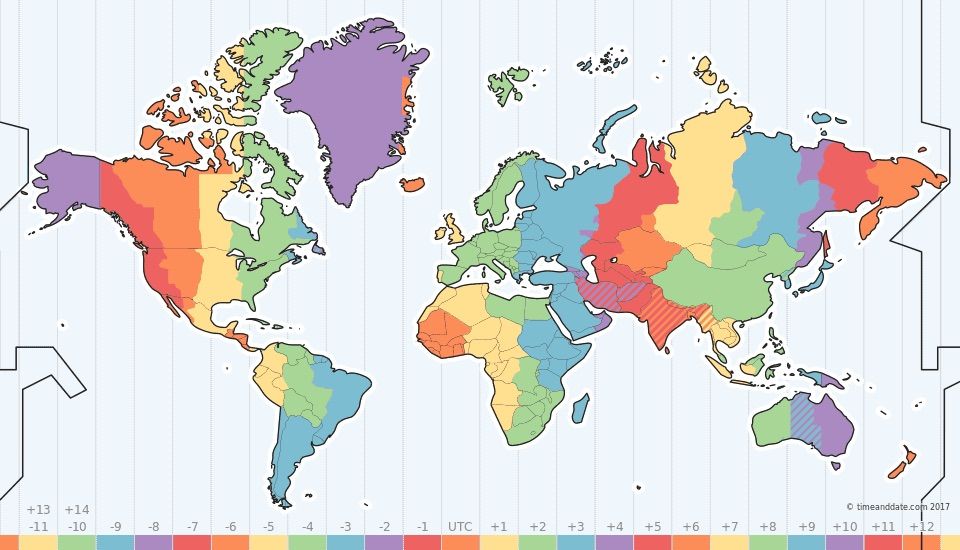 Some areas use half-hour and quarter-hour time zones

In Canada, part of the province of Newfoundland and Labrador lies in the UTC-3:30 (Newfoundland Time zone), while the rest of the Atlantic Canada (New Brunswick, Prince Edward Island, and Nova Scotia) have their clocks set at UTC-3. Although it may be difficult to visualize on the map above, if you look closely, you will see a bi-color (blue and purple) line pattern on this specific area indicating the 30-minute offset.

Because the map above is not precise enough, below is Jakub Marian‘s detailed map of the area. 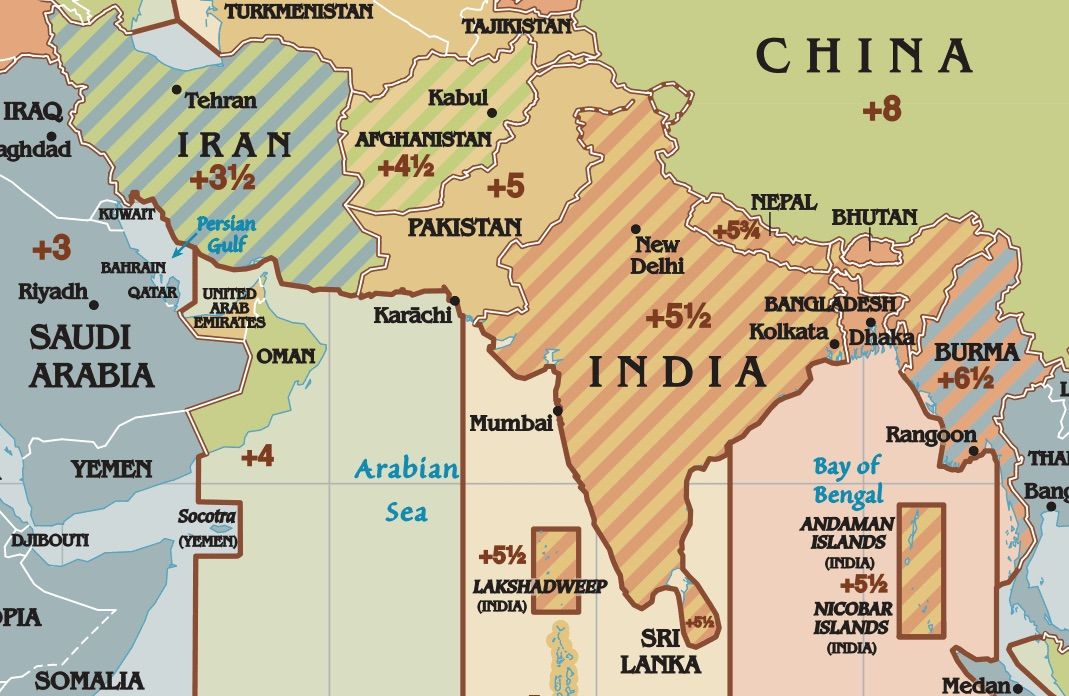 Neighbour can be more than one hour apart.

Although Peru and Chile are neighbours, they lie in time zones that are two hours apart instead of the more logical one hour. See the yellow and blue areas in South America on our map above.

I personally thought that time zones stopped at UTC+12 or UTC-12, but as Jakub Marian noticed, if you look at the bottom left of the time zones world map, you’ll notice UTC+13 and UTC+14.

Because the map above is not precise enough, below is Jakub Marian‘s detailed map of the area. 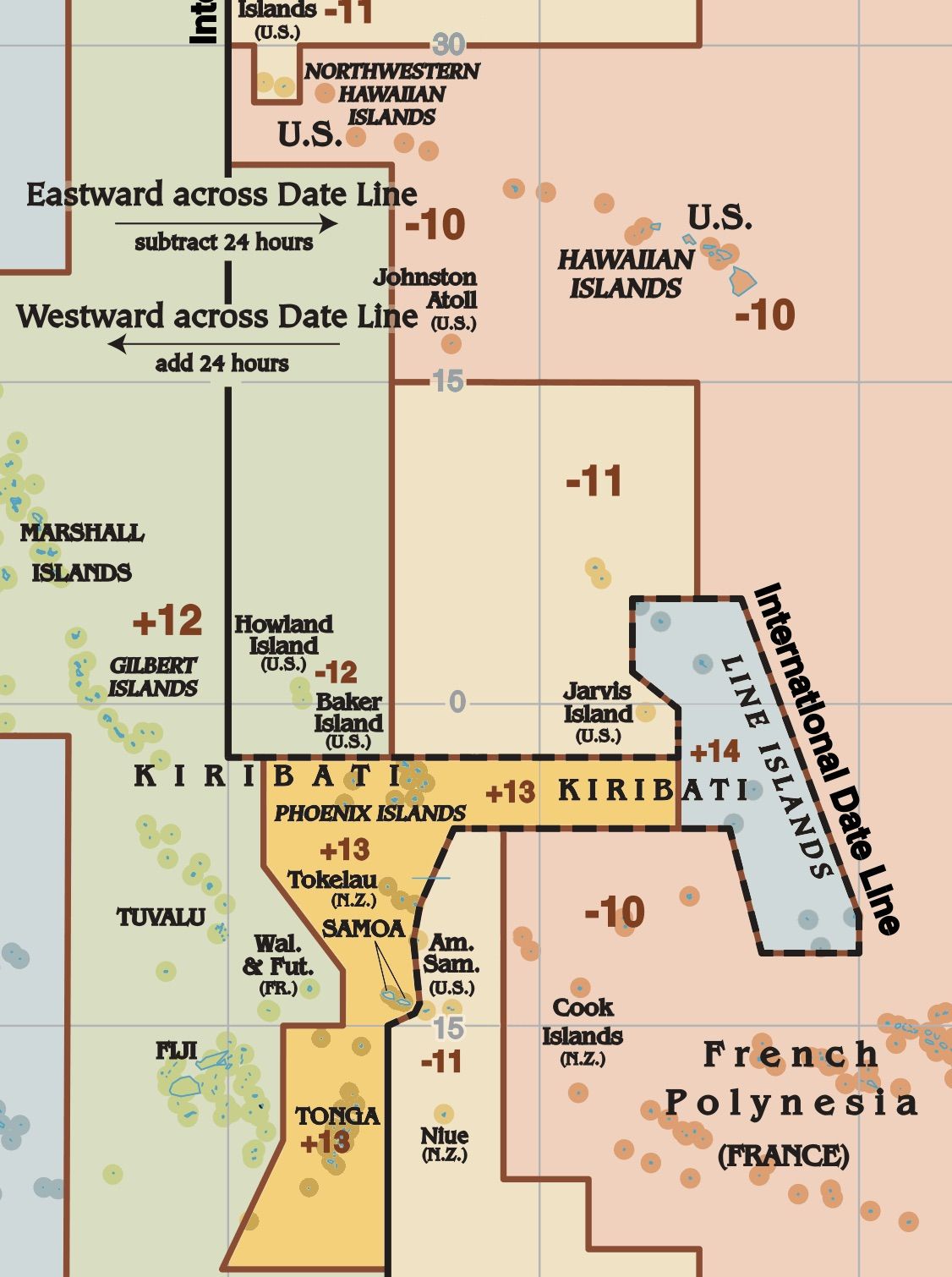