THE US Census Bureau collected the data gathered from the ancestry/ethnic origins question of the 2000 US Census and created the map below. 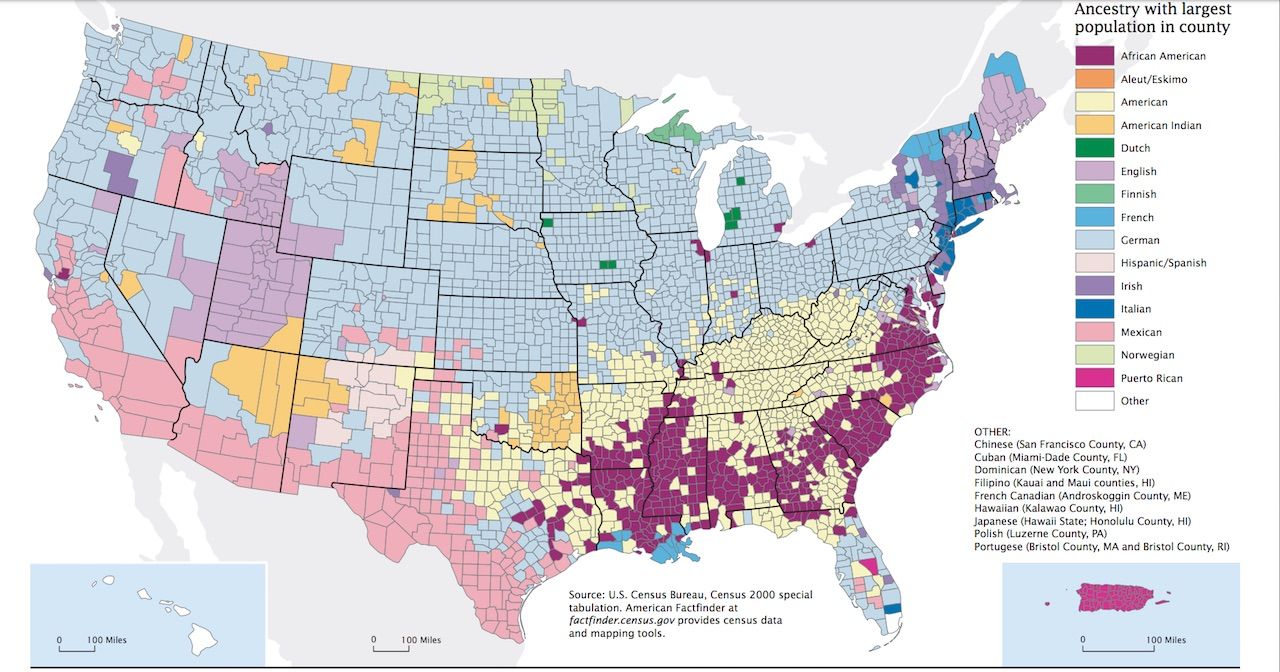 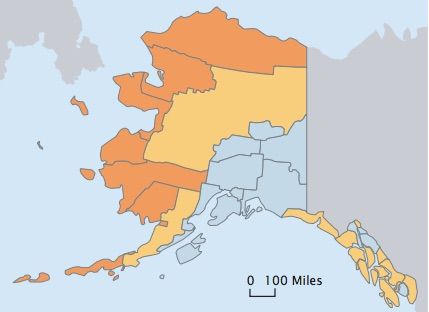 The Census Brief explains that in 2000 almost one of six people reported their ancestry as German. The second and third largest ancestries reported are Irish (15.2% of the total population) and African-American (8.8%).

Although European ancestry dominates the map, the census reports that “the three largest ancestries in 1990 were German, Irish, and English. In 2000, these groups were still the largest European ancestries, but each had decreased in size by at least 8 million and by more than 20 percent.”

To learn more about this map and the data collected by the US Census Bureau, consult the brief here.