Known for its signature mint and Berber tea, Morocco is often overlooked by wine enthusiasts despite its extensive role in the viticulture of the 20th century. Although a Muslim country where alcohol consumption is not prevalent, Morocco is, in fact, the producer of a fine wine that can easily rival your favorite rosé. Meet gray wine, or vin gris.

An extremely light style of rosé, vin gris is made from red grapes in a style most associated with white wine practices. After the juice of red grapes is pressed out, there’s little-to-no maceration with the skins, meaning the pressed liquid doesn’t mix with the solids for long. The color of red wine comes from the grape skins, and for vin gris, the short skin contact adds just a clear, faintly pink hue. Finally, the juice is left to ferment.

Morocco’s northern parts in the zone of Fes, Meknes, and Berkane offer favorable conditions for winemaking. Sheltered by the Atlas mountains and open to the cooling influence of the Atlantic, these regions are perfect for the growth of red Rhone varieties like syrah, grenache, and carignan, which are the building blocks of vin gris.

Morocco’s winemaking history is one of peaks and valleys, and its origin leads back to Phoenician times. Winemaking came to a halt when much of North Africa converted to Islam around the seventh century BCE. Then, due to France’s colonial influence in the early 1900s, Morocco returned once again to winemaking. By 1950, it was one of the world’s largest exporters of wine and a key supplier to Europe.

Morocco gained independence from France in 1956 according to the Treaty of Fes, and its winemaking endeavor was once again put on hold until the 1990s.

Then, under the rule of Hassan II, investment from wine families from France and Spain started coming in, reviving viticulture and bringing gray wine back to the table. Today, Morocco’s wine production is thriving with over 40 million bottles produced annually. A large quantity is exported to Europe, while wine is locally served to travelers and non-Muslims at restaurants and riads (the term for a guesthouse run by a local) as allowed by the law.

Gray wine is exciting, yet subtle 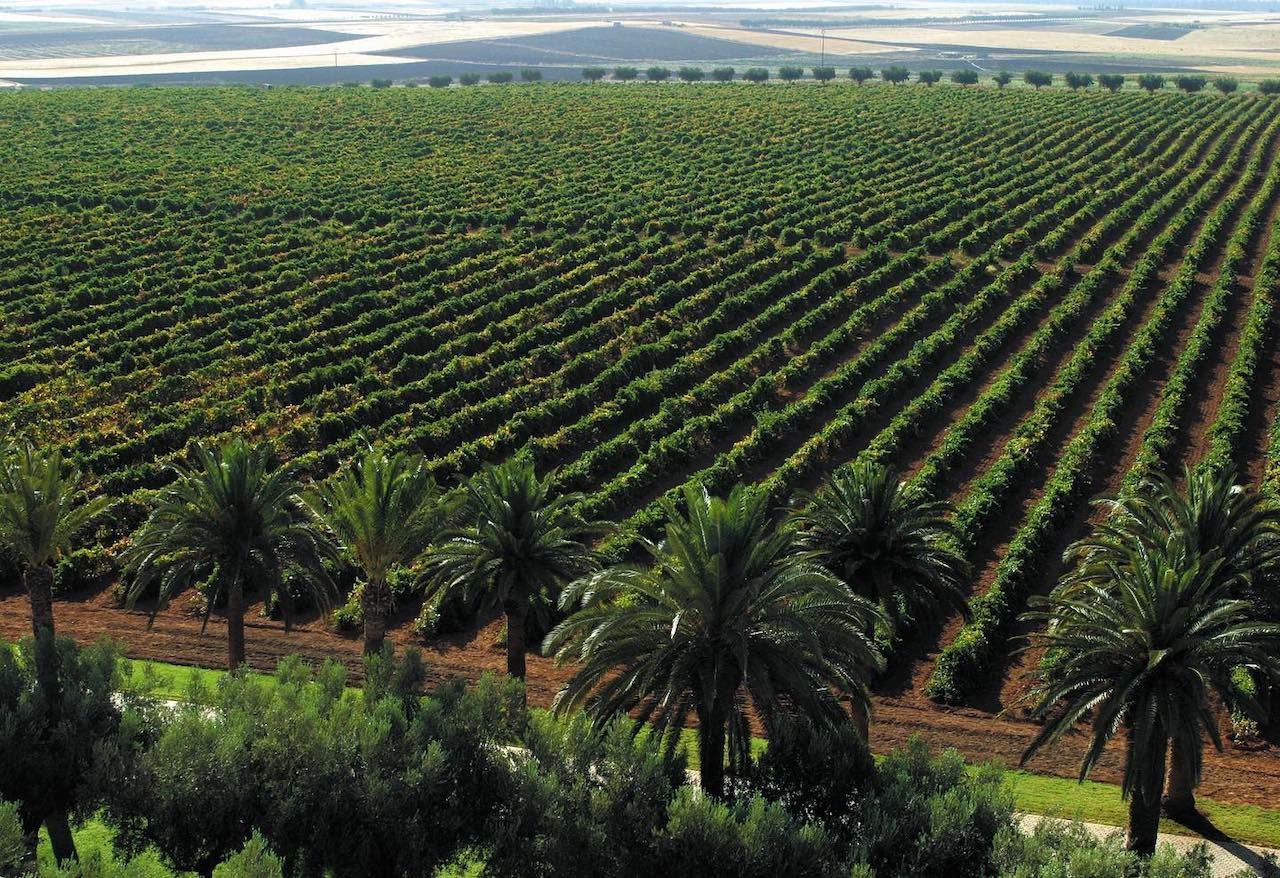 What should you expect when tasting gray wine for the first time? The style is most heavily influenced by French rosé, and gray wine embodies the fresh fruit and acidity often associated with the wines of Provence in the south of France. One brand to try is Domain de Sahari vin gris du Maroc, a local favorite with a light-bodied, slightly fruity, crisp flavor. This is a delicious and inexpensive bottle that diners in Marrakech are likely to see at the table along with some oysters or a warm bowl of harira, the local bean soup.

Morocco’s main vineyard regions lie up north, including the Meknes-Fes area as well as Berkane and Casablanca, which have a shale and gravel sand soil ideal for vines. The close proximity to the ocean and the protection of the Atlas mountains contribute to keeping a warm, steady temperature year-round. Wine enthusiasts can visit the country’s top vin gris wineries and gain firsthand experience of the growing, harvest, and production process. All that is required is to book an appointment in advance.

Where to go wine tasting in Morocco 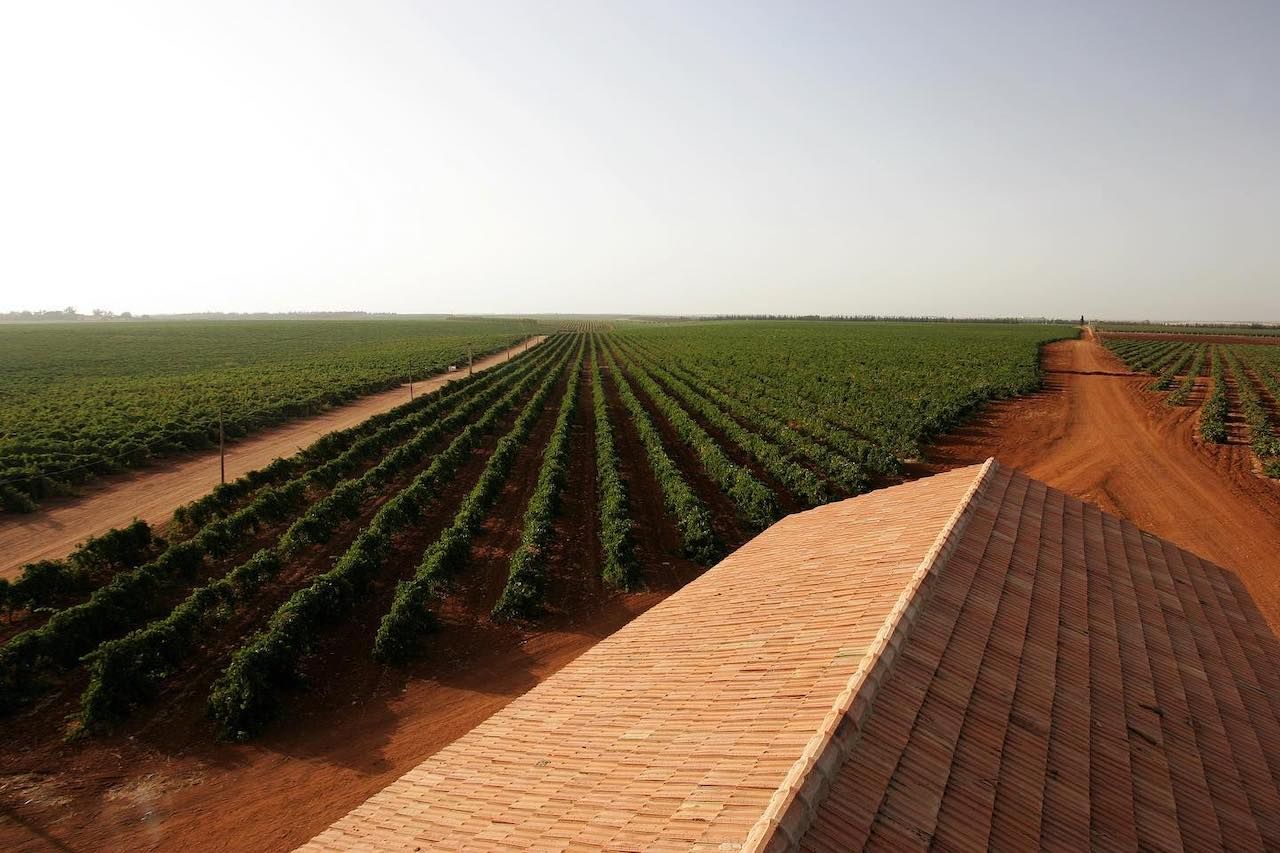 Château Roslane: Located in the El Hajeb region of Meknes, this winery entices with top-notch gastronomy and unobstructed panoramic landscapes. The 1,730-acre estate produces fair-trade wines that benefit the local community and staff. L’Oliveraie, the in-house restaurant, has an extensive menu, with options like foie gras, salmon tartar, traditional bean soup, souffle, and more. The wine list includes local chardonnay from the Atlas mountains, as well as grenache and chenin blanc wines from Domaine Ouled Thaleb. You can choose to go for a wine-tasting experience by making an appointment with the estate, or make a weekend out of it and stay at the luxury boutique hotel located at the very heart of the estate.

Domaine de la Zouina: Around since the 20th century, this winery is rich in history and tradition and is home to 285 acres of vineyards and olive trees where travelers can fully take in the beauty and tranquility of the Moroccan countryside. The winery is most recognized for its signature Volubilia label, which includes a gray wine made of caladoc, mourvedre, and marselan grapes that’s aged in a stainless steel tank for four months. Visitors can choose from one of four wine-tasting experiences and tours, including the La Zouina signature tour of the premises that includes a tasting of four wines paired with dried fruit, goat cheese, and olives. For those who have more of a sweet tooth, the estate offers a Garden of Delights tour where you’ll taste five wines from the Volubilia and Epicurea line, accompanied by five specialty chocolates.

Domaine du Val d’Argan: Established in 1994, this winery was a pioneer in the wine production of the coastal region of Essaouira. The estate produces 13 wines, including a vin gris called Perle Gray. The winery has a bed and breakfast on the premises where guests can take in the sprawling countryside landscapes and have a tailor-made meal where local Essaourian recipes such as mauve salad, beldi chicken, and Argan goat are paired with five wines in the Perle family from the estate.

Jardin Majorelle is the most elegant, artful botanical garden in the world

16 unbelievable moments I had in Morocco

11 side effects I had as a traveler in Morocco

Everyone thinks Morocco is dangerous for solo female travelers. Here’s why I can’t wait to go back there.

The profound beauty of a Muslim country

I traveled overland from Morocco to Senegal. Here’s what I saw.