Panama’s annual Tribal Gathering, a two-week-long festival of spiritual workshops and live electronic music, draws around 300 festivalgoers from across the globe to the small beach of Playa Chiquita. The event was scheduled to take place from February 29 to March 15, but like all large-scale gatherings around the world, it was forced to shut down due to the COVID-19 pandemic.

Panama moved quickly to introduce a number of measures to limit the spread of the virus. Flights out of Tocumen International Airport in Panama City were steadily canceled before all international and domestic commercial passenger flights were suspended on March 25.

Before the ban, the majority of festival attendees went to the airport in the hope of securing a flight home. Yet back at Playa Chiquita, 30 British nationals who were volunteering at the event remained in a makeshift camp. UK citizen Peter Grant, one of the event’s kitchen volunteers, explained that the beach seemed like a safer option due to the overall uncertainty.

“We were in limbo for a week,” Grant told The Guardian. “Initially, the embassy offered buses to Panama City but we only had 12 hours to decide. We also had no guarantee of being able to catch a flight. In the end, some of those people got their flights canceled while they were in the airport queue.” 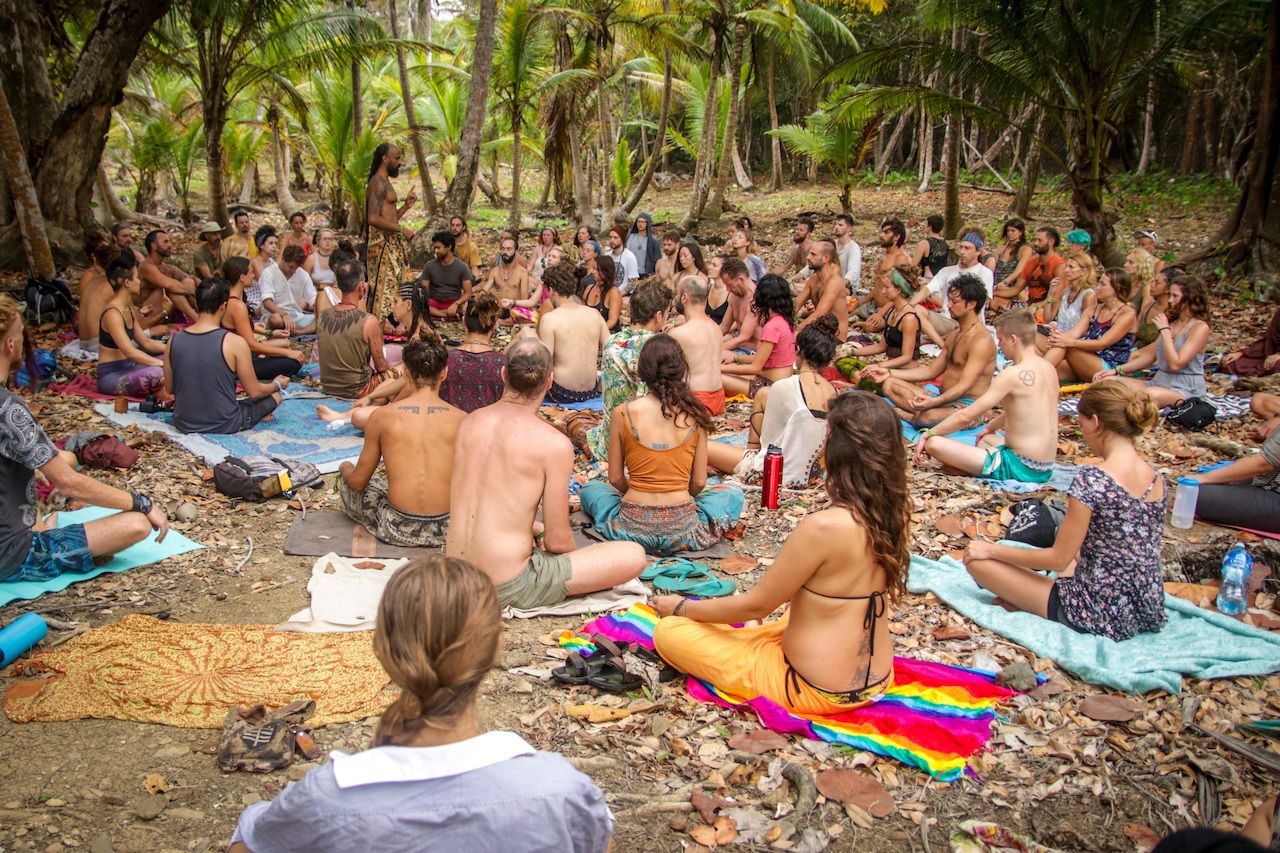 The living conditions at the camp have declined over the past few weeks as bad weather has caused water contamination and due to an overall lack of basic amenities.

“It rained nonstop for a few days,” Grant told The Guardian. “There was no sewage system and disgusting water was pouring everywhere. Not only that, a few people have mental health issues and they started really struggling.”

According to the latest report by Reuters, Panama has extended the ban on international flights until May 22, leaving the stranded UK nationals no other alternative but to remain hunkered down as a group, supporting each other while living on Playa Chiquita.

“We are creating a tribe out of Tribal Gathering. We have the beach, we have the jungle, it’s a privilege,” said James Baker, the production assistant for the event in VICE’s documentary From Paradise to Hell: Trapped at a Music Festival Because of COVID-19.

Tribes and Trance
Tagged
Festivals News
What did you think of this story?
Meh
Good
Awesome