The first thing you’ll likely notice when you get to Colombia is that music is everywhere. In the streets, during meals at restaurants, in homes…even in the people themselves. Colombians love dancing — music is part of our folklore, our character, and our diversity.

Each region of the country has its own style of music, and there are dozens of festivals and fairs throughout the year where you can experience them. Latin rhythms, reggaeton, contemporary mixes, pop, rock — you’ll hear it all. Here’s how and where to “feel the rhythm” on your trip to Colombia.

Cali, Colombia, is the Salsa Capital of the World. Which means that when the Cali Fair hits town December 25–30, dancing outdoors, going to concerts, and strolling around the city become a requisite part of local life. Consider it a six-day musical holiday.

The Salsódromo, a parade full of color with 1,000+ salsa dancers decked out in bright and shiny outfits, kicks off the festivities. Don’t miss the main event, the Superconcierto, which earns its moniker as “Super Concert” but running from sundown through the wee hours of the morning. And if you hear that Grupo Niche, Orquesta Guayacán, Fruko y sus Tesos, or Grupo Galé is playing elsewhere during the fair, drop what you’re doing and check them out — they’re some of the best salsa groups around.

The Petronio Álvarez Festival, commonly known as El Petronio, celebrates Pacific Afro-Colombian culture. Named for a famous Buenaventura-born musician, this festival is all about Pacific rhythms, handicrafts, and good food. It takes place in August, centering around a large-scale music contest between traditional local musicians, along with concerts, talks, forums, and cultural exhibitions.

Note: Bunde and Currulao are traditional music styles of the Pacific; some of the most renowned ensembles of the region are Herencia de Timbiquí, ChocQuibTown, and Saboreo.

Throughout the year, dozens of artists take to local stages to put on a cabaret-style shows full of color, live music, and the fastest moves in Colombian salsa. The two most popular are Delirio and Ensálsate, where you can also eat, grab a few drinks, and dance between acts.

While you’re in the Salsa Capital of the World, you should take a class to truly feel the rhythm. Cali has 50+ professional salsa schools, many led by dancers who participate in events like the Salsódromo. Note: The Colombian salsa caleña is different from the salsa you’ll find in Cuba or Puerto Rico. It’s more acrobatic, and the legs and feet move faster — definitely practice if you want to show off your best “caleño” style. 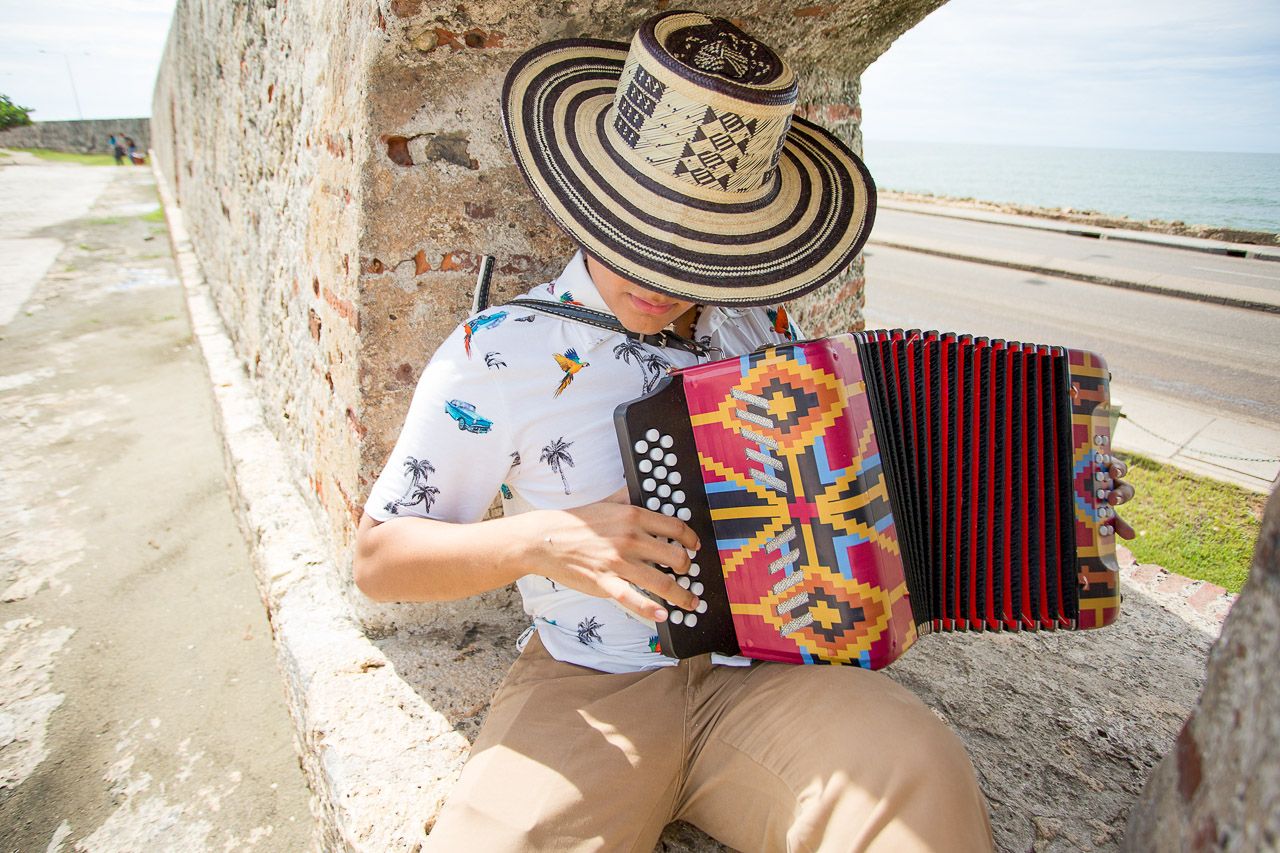 Barranquilla Carnival is one of the most popular Colombian carnivals, and has even been granted status as a Masterpiece of Oral and Intangible Heritage of Humanity by UNESCO. Held between February and March, the celebration starts with a number of “pre-carnival” events and continues with the official festivities for four consecutive days.

The main parade is the Batalla de Flores (Battle of Flowers), which attracts more than 15,000 people every year. The sheer amount of color, costumes, dancing, and parties at Barranquilla Carnival is off the charts. Here’s a musical taste of the city:

Storyland Santa Marta is one of the top electronic music festivals in all of Latin America. The neon lights. The energy of the crowd. The fireworks. The rhythm. It used to be held in Cartagena under the name Summerland Cartagena, but in recent years has expanded to the January beaches of Santa Marta. (Big room house requires more space, you know?)

Artists like Enrico Sangiuliano, David Guetta, Afrojack, Jamie Jones, Armin van Buuren, and Tiësto have performed here, so prepare yourself to dance to the beat of the best DJs around — all while enjoying the vibes of the Caribbean. Check out this musical homage to Santa Marta:

Cartagena’s storied beauty and romantic vibes make it a natural host for a celebration of classical music, namely in the form of the Cartagena International Music Festival. Held in January for nine days and seeing more than 250 musicians performing in several stunning venues, this festival brings a veritable piece of Europe to Latin America.

The sounds of symphony orchestras, piano players, violins, and opera singers fill the city, while music-related talks, workshops, and exhibitions take places as well. It’s proof that the rhythms of Colombia are more complex than meets the eye (ear?).

Vallenato is a Colombian music style that’s popular throughout the country, though it originated on the Caribbean coast. Its distinctive sound comes from three instruments: an accordion, a caja (percussion instrument), and a guacharaca (another member of the percussion family, which produces a scratching sound). You’ll know it when you hear it.

The Vallenato Legend Festival happens in Valledupar at the end of April, when the Vallenato King is chosen from the best accordionists. The whole city transforms into a fiesta with traditional parrandas (street parties) happening all over the place. Yep, accordion parties. And they’re awesome. 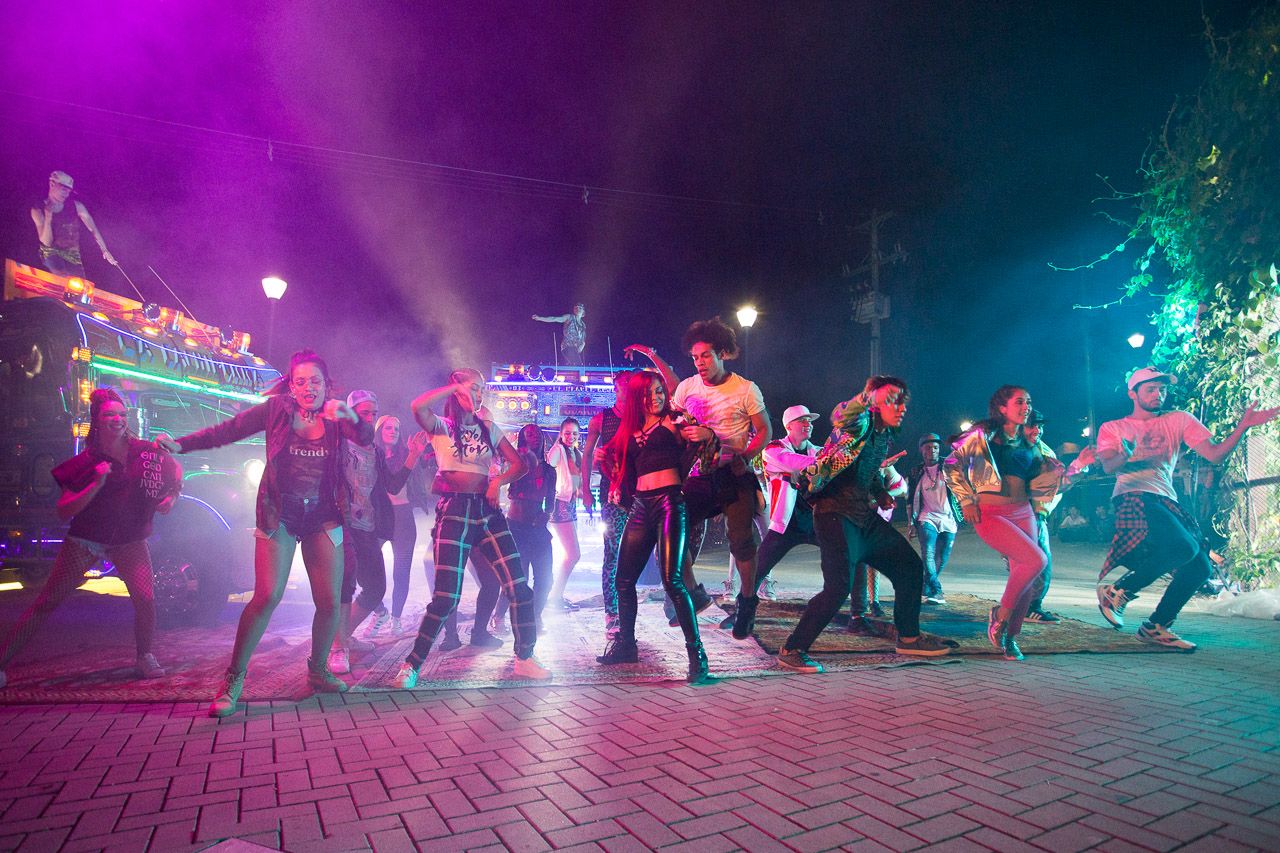 This three-day music extravaganza is the biggest private festival in the country. It attracts more than 80,000 people and is recognized for showcasing both world-class international and local artists. Odds are you’ve heard of previous headliners: The Killers, Red Hot Chili Peppers, Gorillaz, Arctic Monkeys, Snoop Dogg, Kings of Leon, Calvin Harris — the list goes on. The Latin contingent is filled out with bands like Calle 13, Los Fabulosos Cadillacs, Zoé, Café Tacuba, and Colombian groups Aterciopelados, Superlitio, Monsieur Periné, Bomba Estéreo, and Systema Solar, among others.

There’s a “hippie market,” food and drink vendors, and all sorts of activities and games to take part in as well. If only all picnics were this good!

Rock al Parque is arguably the best free outdoor rock festival in the country — and it’s become a tradition in Bogotá. It takes place every year at the Simón Bolívar Park, a green space large enough to handle the 300,000 that wander through during the 72-hour event.

Many artists have graced the stage over the past 25 years, including local bands selected on a public call. (One of the best things about Rock al Parque is it provides a platform for smaller names to hit it big.) On the other end of the spectrum, headliners have included Pennywise, Pussy Riot, HMLTD, Apocalyptica, Charly García, Molotov, Café Tacuba, Illya Kuryaki & The Valderramas, Aterciopelados, and Sidestepper.

Four other “al Parque” (“at the park”) festivals are held throughout the year. All of them are free and attract artists across various genres:

The world’s biggest names in music certainly don’t skip Bogotá. U2, The Rolling Stones, Coldplay, Shakira, Sting, Depeche Mode, and Bruno Mars have all recently set foot on the capital city’s stages. The biggest acts can be found at Movistar Arena, a new venue with amazing acoustics and a 14,000-head capacity.

But the smaller music venues — the ones hidden in the side streets — offer a more truly Colombian experience. And in the Bogotá region, that means rumba. Check out Andrés Carne de Res in nearby Chía or its big-city version, Andrés DC, in the capital. Another favorite spot is Gaira Café, owned by Carlos Vives and his brother. Even in the smallest holes-in-the-wall, expect dancers, costumes, elaborate decorations, delicious food, and live music well into the morning. In Colombia, it just goes without saying.

This post is proudly produced in partnership with the ProColombia.
Tagged
Festivals Music + Nightlife Insider Guides Colombia
What did you think of this story?
Meh
Good
Awesome