From coast to coast, one question plagues pizza lovers across the US: Where can you find the best pizza? Well, I can tell you it’s not in New York or Chicago. The best pizza isn’t even called pizza. It’s called apizza, and you can find it in New Haven, Connecticut.

Apizza is the name for the classic Neapolitan-style pizza that started in New Haven back in 1925. The apizza style refers to a thin, chewy, crispy, charred crust that comes from the coal-fired ovens used to make it. Pronounced “abeets,” apizza gets its name from the Italian dialect of the Neapolitan immigrants who came to the area in the early 1900s. Looking to recreate Naples’ pizza on the streets of New Haven, a man named Frank Pepe began selling slices of apizza from a small shop front on Wooster Street. His original tomato pie was made with Italian tomatoes, olive oil, garlic, and oregano on a signature crust with a sprinkling of grated pecorino Romano cheese on top. Frank Pepe’s nephew, Salvatore Consiglio, opened up his own apizza place, Sally’s, in 1938. Those two businesses launched what is now an iconic New Haven pizza scene.

It’s a charming origin story, but it’s not what makes apizza better than every other style of pizza across the country. Many people say it’s the best because of New Haven’s hard water, which makes the dough more elastic. The dough goes through a longer fermentation process at most New Haven-style pizzerias. It’s refrigerated overnight before bringing it to room temperature for baking, which results in a denser and crispier crust. Speaking of crust, the coal-fired ovens are part of the apizza magic. The intensely hot brick oven is responsible for charring the apizza and giving it that distinct taste.

You can talk, read, write, and argue over apizza for days, but you don’t know the magic that is apizza until you try it for yourself. These are the best places to get apizza. 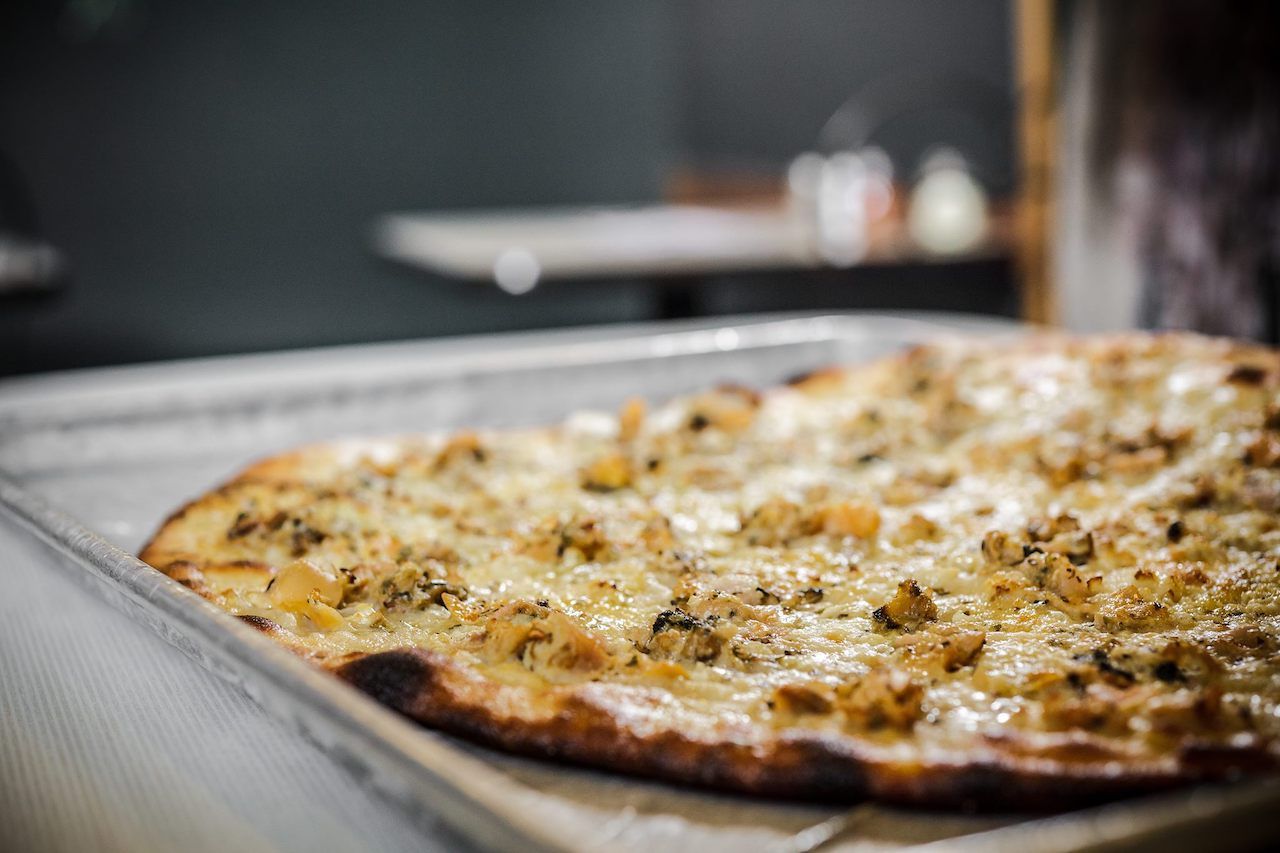 Apizza started with Frank Pepe Pizzeria, and it’s only natural that you start here, too. It’s easy to find a Pepe’s location, as it’s the only one of the big time apizza players that has multiple locations around Connecticut, New York, Rhode Island, and Massachusetts. Everything about the style originated with Pepe — even the standard shape of apizza. A whole apizza pie is oblong, and not the circle shape of traditional pizza. This shape leads to some asymmetrical slices, but no matter the shape or size, the taste is classic.

Order the signature white clam apizza (bonus points if you add the house-made bacon). If you’re more of a purist, then you can’t go wrong with Pepe’s original tomato pie with mozzarella. There’s also a simple selection of fresh toppings that are a wonderful complement to an already delicious base. Lastly, be sure to wash down your apizza with a classic Foxon Park soda, a family-owned soda company that has long been paired with New Haven apizza. 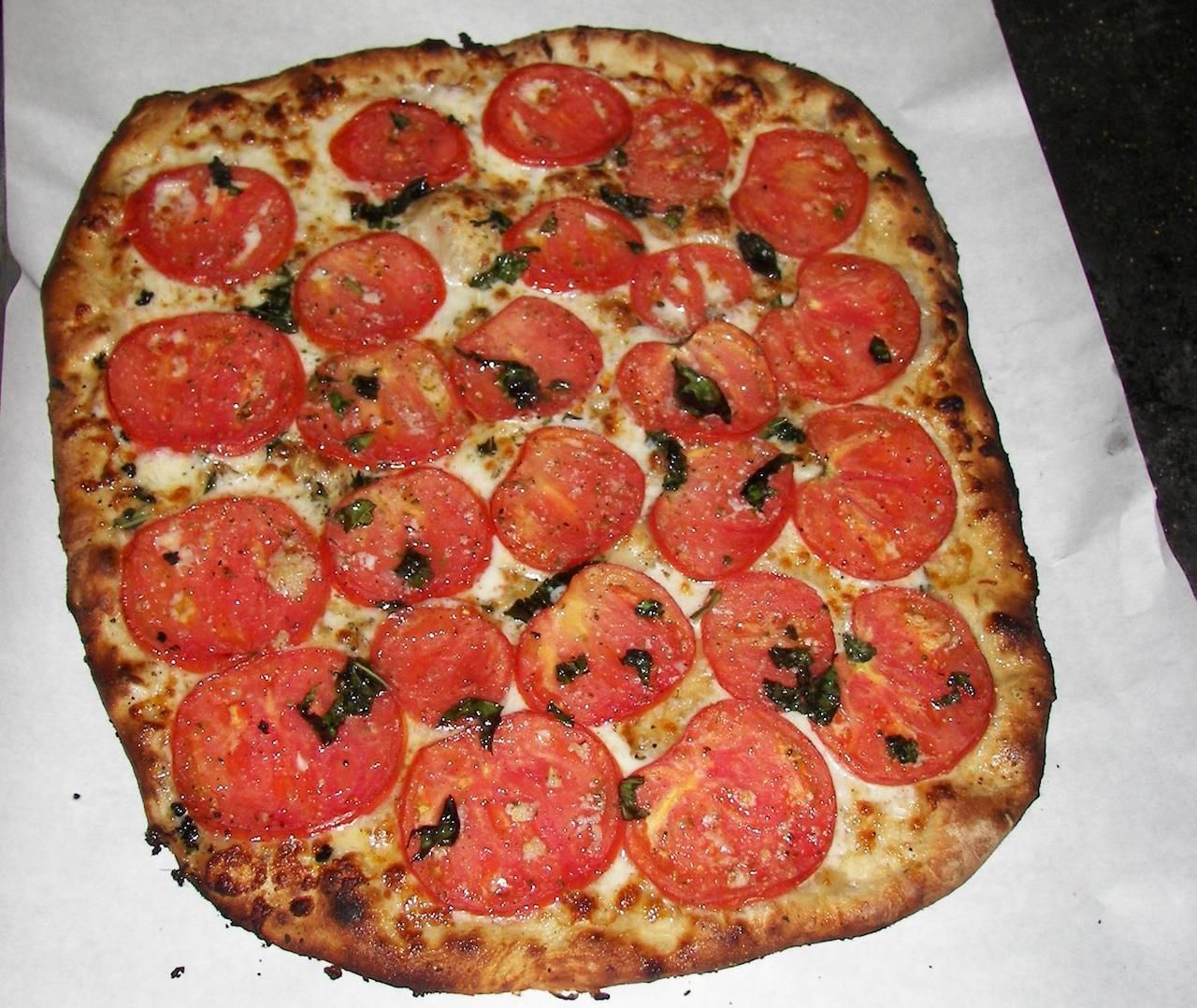 Sally’s is just down the street from the original Pepe’s. This cash-only establishment retains its old school vibe, complete with a decades-old local argument about whether Sally’s or Pepe’s is better. Die-hard apizza lovers flock to this original location and claim it’s the best pizza in the country. Rumor has it that even Frank Sinatra preferred Sally’s over Pepe’s.

Lines stretch out the door on any given day, so be prepared for a wait. The most popular menu item is the tomato pie, but the garden pie with tomato, mozzarella, zucchini, and basil is worth veering from the traditional. 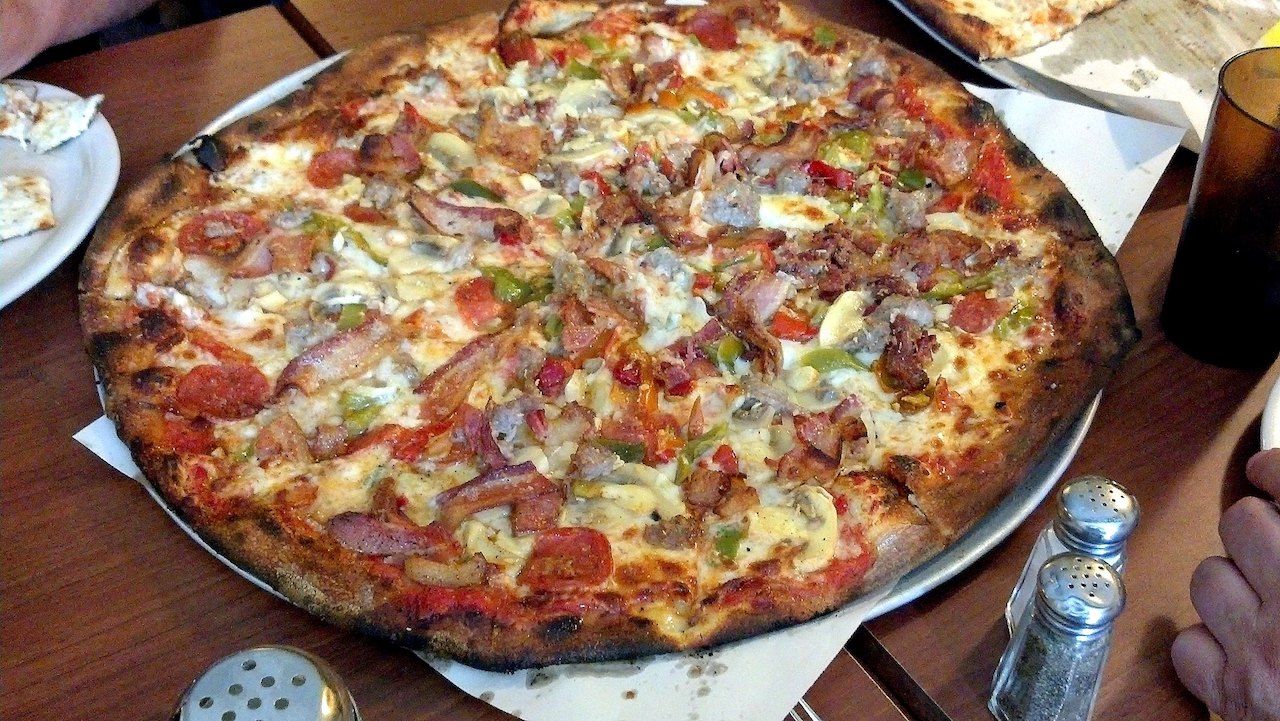 Another oldie, despite what the name would have you believe, Modern Apizza opened in 1934 about a mile away from Pepe’s. Modern apizza uses a wood-fired oven instead of coal, and offers more artisanal toppings and classic Italian menu items in a large, open space.

Locals love Modern because they get great, thin crust apizza with shorter lines and less of a wait. The classic tomato pie is the winner here, as is the Italian bomb, a seven-topping apizza with peppers, sausage, pepperoni, bacon, onions, garlic, and mushrooms. 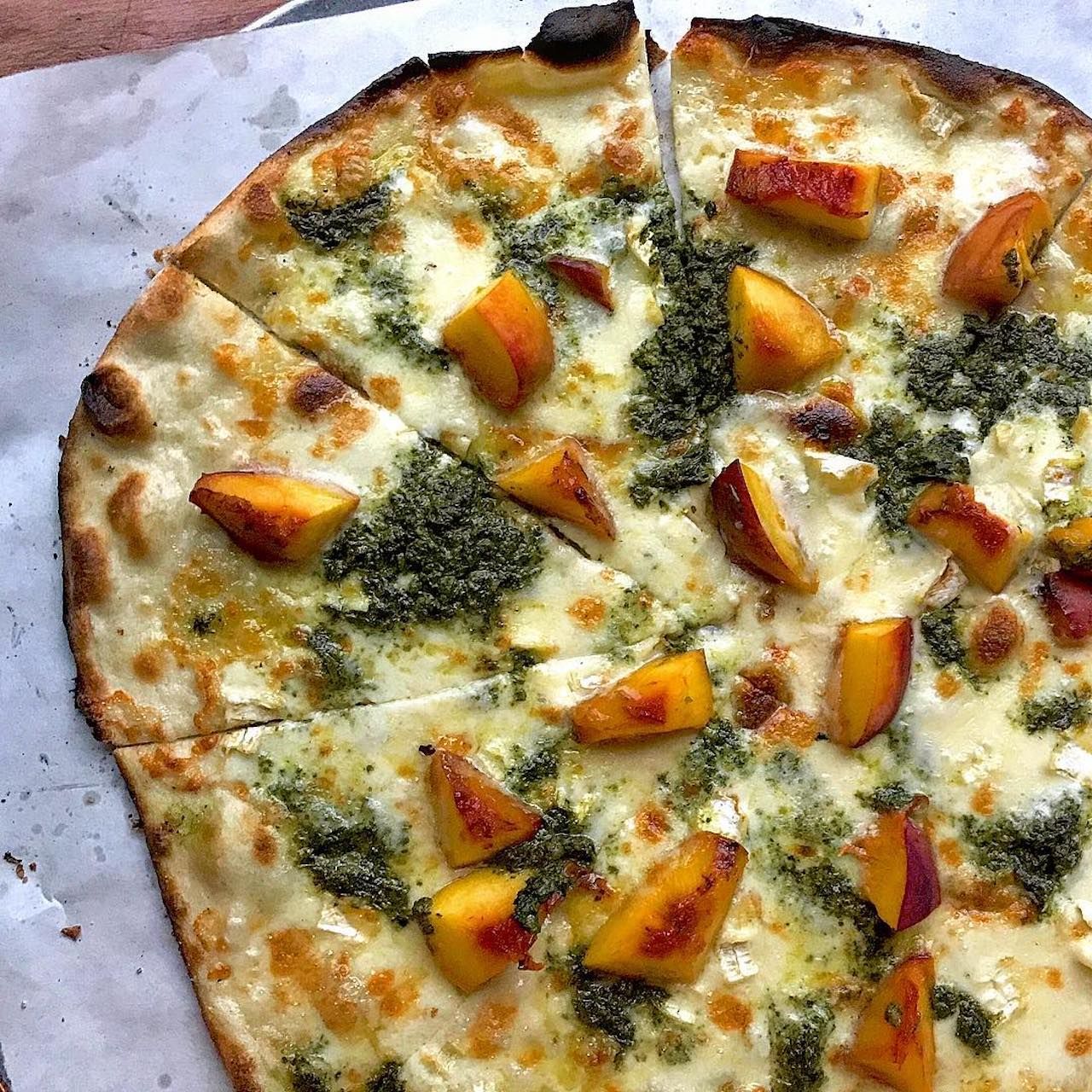 Bar is the new kid on the block and has more of a hipster vibe. Opened in 1996, Bar is known for its innovative take on the New Haven apizza. It’s not a surprise that the college crowd flocks to Bar, as its large industrial space is quite welcoming. The brick oven is gas powered, and the spot brews its own beer as well. At night, the location turns into a nightclub.

The apizza here has a few twists. Visitors can order red or white pies, with or without mozzarella, or “mootz” as the locals call it. Then comes the 30 add-ons to choose from; the most popular toppings are mashed potato and bacon.

8 restaurants that will make you want to visit Hartford, CT now

6 things people In Connecticut are weirdly passionate about