Indiana and maritime culture aren’t terms that usually appear in the same sentence. But for those in the know, it’s a word combination that makes sense. After all, the southernmost shores of Lake Michigan ring northwest Indiana and there wouldn’t be a national park and dozens of beaches here, nor a collection of oft-photographed, historic lighthouses, if the area weren’t as lovely as it is fun to explore.

Michigan City is the area’s cultural hub, Indiana Dunes National Park its playground, and South Bend its urban center. All are cool spots for families to get away in the Midwest, with the bonus of being accessible by train from Chicago (and far more affordable than heading to an ocean coast). If a beach vacation close to the heartland is in order, the Hoosier State is calling.

Getting to and moving around the region 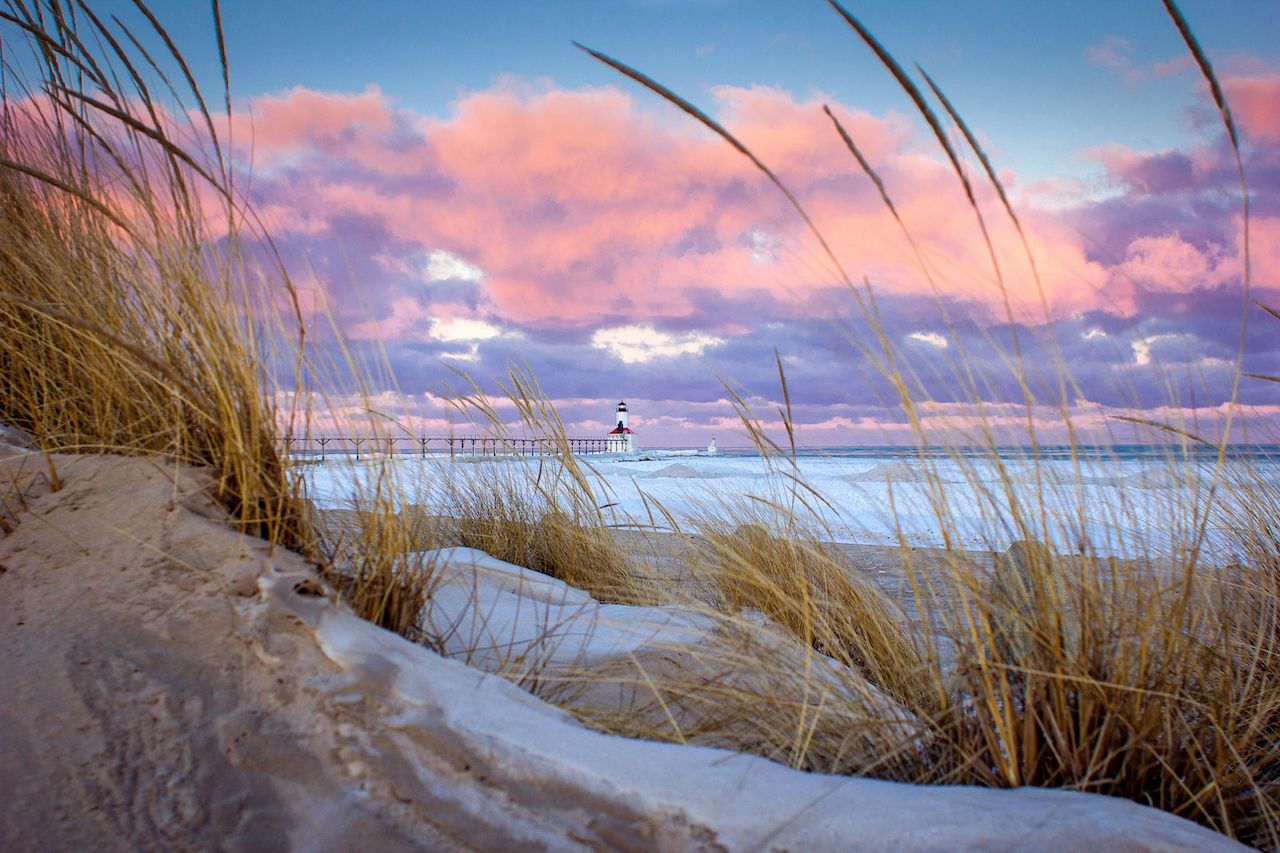 The beaches of Indiana are an easy drive from Chicago or South Bend, with the national park an hour away from either city. If you plan to fly in, the airports in these two cities are the best options. From either city, you can hop on Interstate 90 and drive, but for a more relaxing family vacation, the scenic South Shore Line train connects Chicago’s Millennium Station to South Bend International Airport, linking Michigan City and Indiana Dunes National Park en route.

Riding from Chicago to South Bend takes about 3.5 hours, with trains departing throughout the day. Most allow you to bring bicycles (look for the bicycle icon next to the specific pickup time you hope to catch), and fares cost up to $14.25 per person depending on how far you travel. Visit between Memorial and Labor days for the best weather, though the views out across Lake Michigan are striking year-round. 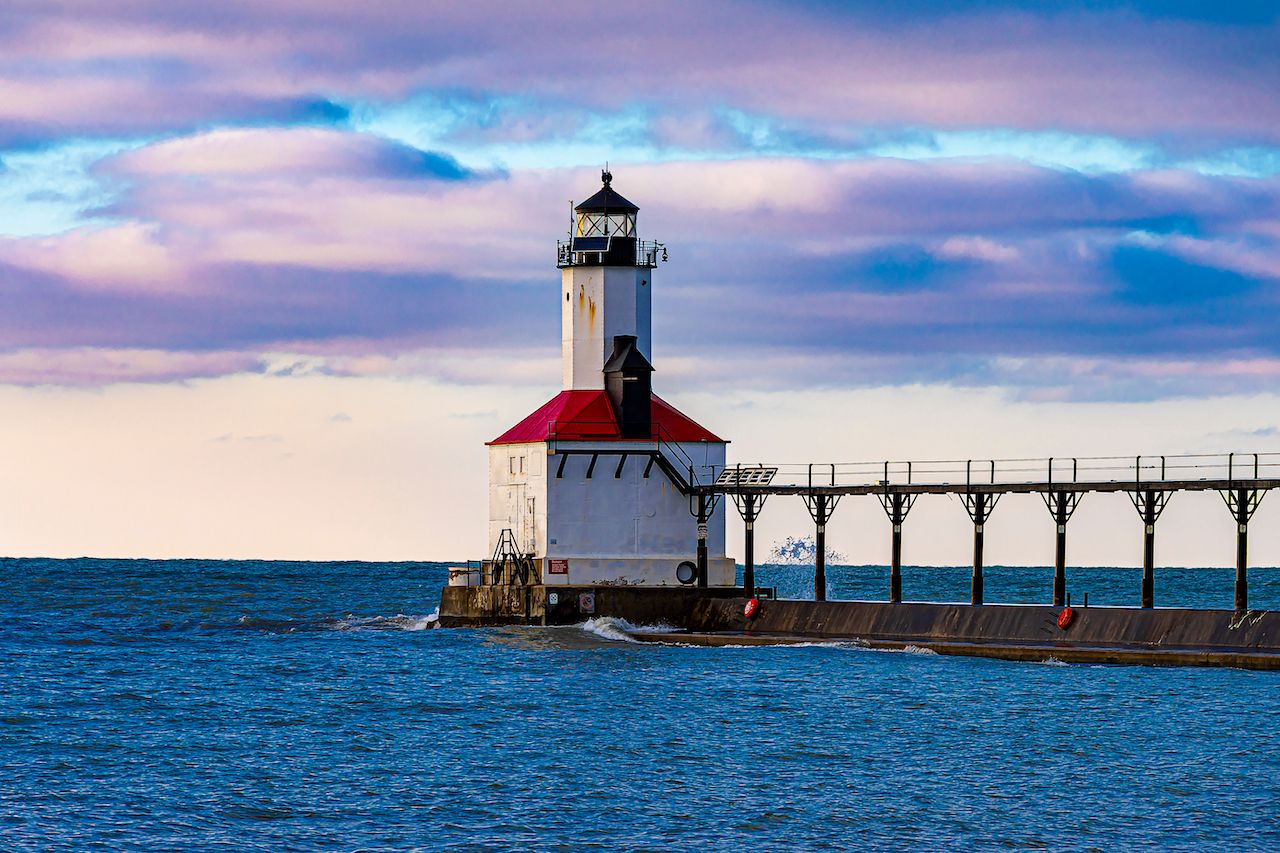 Michigan City, just south of the Michigan border and north of Indiana Dunes National Park, is Indiana’s unofficial nautical headquarters. The culture in this town of just over 30,000 revolves around the water. There are two lighthouses: the historical Old Michigan City Light, erected in 1858 and in use until 1940, and the still-operating main lighthouse, built in 1904 and Indiana’s only operating lighthouse. You can see and photograph both within a walk of each other, and the operating lighthouse, the Michigan City East Pierhead Lighthouse, is a historical designation located just offshore and viewable from Washington Park and Beach. The elevated “catwalk” from shore to the lighthouse is not open.

Plan to spend a couple of hours at Washington Beach. This is easily the most underrated beach in the Great Lakes, home to two miles of sand on which to lounge and take in the summer sun, a kids’ water park, and the Washington Park Zoo. The zoo started as a sanctuary for rescued animals and continues to house many animals not typically seen in the Midwest, like grizzly bears, a Bengal tiger, and an African tortoise.

You can surf here when wind swells come in, most consistently in the fall through early spring. The beach is a quick bike ride or moderate walk from the heart of town and its many restaurants, including the Shoreline Brewery and Fiddlehead Restaurant, known for its burgers and lobster rolls. For fresh seafood, try Bartlett’s Fish Camp, the town’s only raw bar, on the edge of Lake Michigan Harbor. Just south is Central Ave. Beach, a quieter stretch of sand with calm waves and plenty of space to spread out and let the kids run around.

While in town, visit the Old Lighthouse Museum to learn about the area’s maritime history. Michigan City is also the best town in the region from which to set sail. Visitors can head out on a 90-minute cruise with Harbor Country Adventures ($30), where you’ll set sail on the Emitta II and learn about the fishing culture and the history of coastal life in the region from one of the ship’s two decks or its bar-side lounge. If you live in northern Indiana or southern Michigan or plan to be in the area a while, you could sign up for a sailing course with South Shore Sailing School, which meets weekly for four weeks to cover the basics of sailing.

The Bridge Inn, with nightly rates starting at just over $100, offers the vibe of a coastal beach hotel with the hospitality of the Midwest — right down to the Pulled Porkie sandwich at the on-site Bridges restaurant. Other boutique options include the Duneland Beach Inn at Farina’s Supper Club, ideal if you’re traveling with a romantic partner and seeking a good date night that doesn’t require a drive back to the hotel afterward.

Explore the beaches of Indiana Dunes National and State Parks 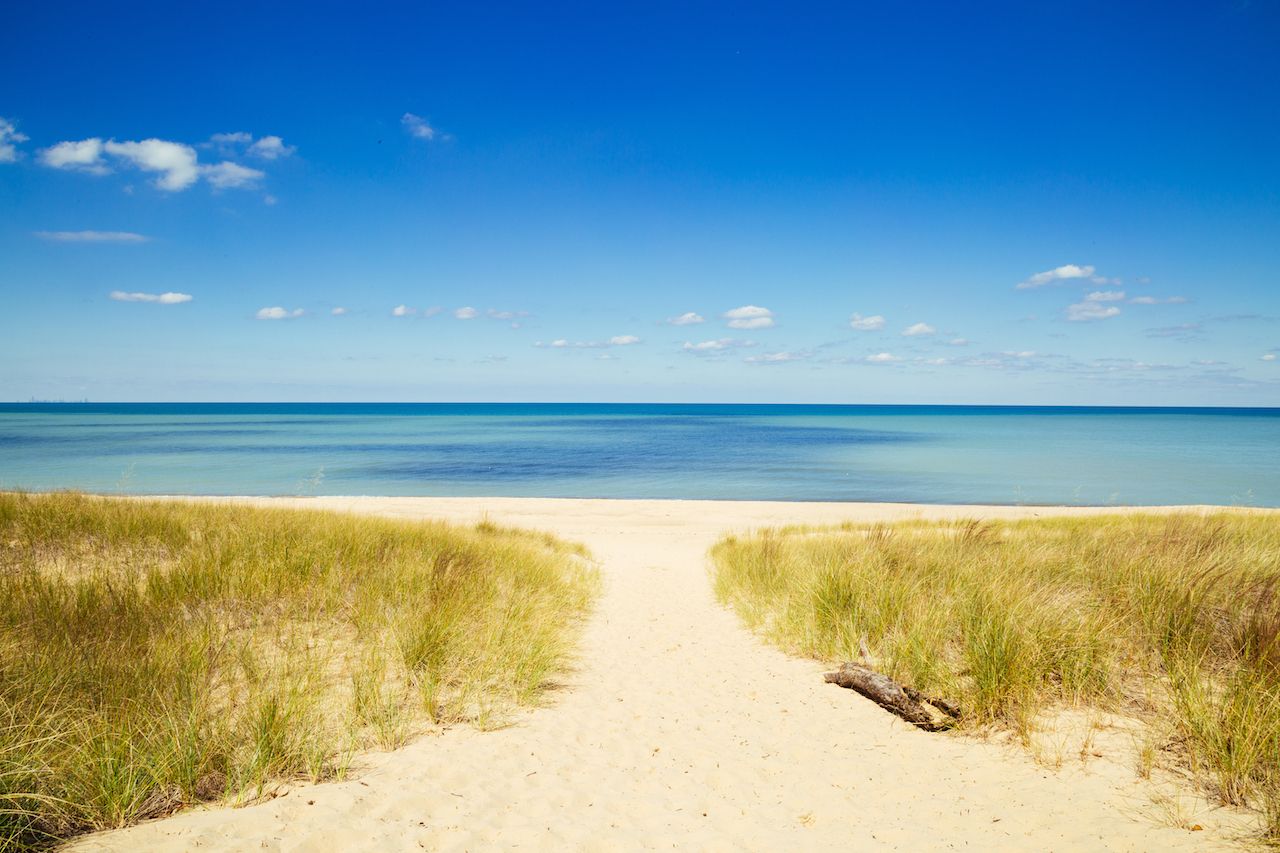 The land of the “singing sand” was the United States’ newest national park until West Virginia’s New River Gorge earned the status earlier this year. The “singing” part refers to the whistling of the dunes as the Midwest wind passes through them, creating a sort of all-natural, local soundtrack. Another unique feature of this park is that, as a result of those same winds, it’s constantly changing. The dunes dancing to their own tune as they slowly shift and reconvene. Even the tallest dune, Mount Baldy, is climbable when winds permit, but you can get out on the West Beach Trail System on most days.

Beaches inside the park include West Beach and Dunbar Beach, the former attracting hikers and recreators while the latter is the spot to throw a towel and relax. Catch the sunset here as it sets over the water, reflecting oranges and yellows off the rounded rocks near shore. Also on site are Porter Beach and Kemil Beach, another good spot for hikers as it serves as the trailhead for the park’s Dune Ridge Trail. A wooded path leads out to Central Beach.

If you want to overnight here, both the national and state parks offer maintained campgrounds, though be sure to book in advance, as the campgrounds tend to fill up during the summer months. Hotels from many chains are available in Portage, just outside the national park, as is Riley’s Railhouse, a long-running bed and breakfast in Chesterfield that plays on the theme of America’s railroads, appropriate if traveling on the South Shore Line.

Start or finish your trip in South Bend 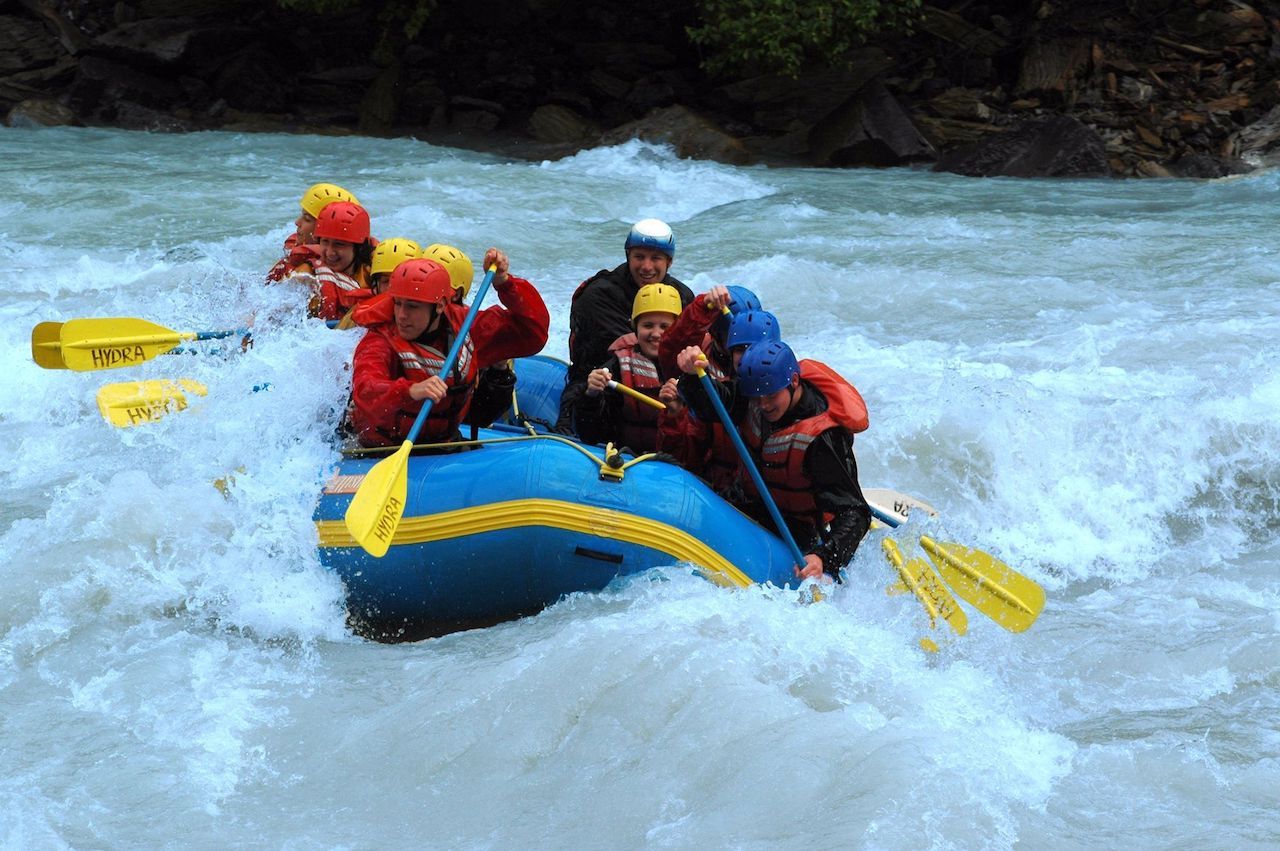 South Bend is among the most classic university towns in the US, home to Notre Dame University and St. Mary’s College, along with campuses of Indiana State University and the University of Indiana. But it’s also a good place to start or cap a beach trip to Indiana because of one of the most unique on-water activities in the Midwest: the South Bend East Race.

On the St. Joseph River in downtown South Bend, the East Race is a collection of artificial whitewater rapids that creates waves up to six feet tall, where you can kayak or raft; rental equipment is available. The most unique option might just be kayak-surfing the waves by maintaining a ride on a wave for as long as possible, much like a surfer in the ocean. Even if you don’t participate yourself, hanging on the shoreline and watching others attempt it is entertaining, as both impressive rides and total wipeouts frequently occur. If traveling by train, Uber and Lyft operate in the city and can take you from the airport station to the East Race put-in.

How to plan the ultimate trip to Indiana Dunes National Park

The US just got a new national park, and it’s stunning

Indianapolis is the new cultural hotspot of the Midwest

Is your city pricing you out? Here’s what life could be like in America’s most affordable city

A “Stranger Things” corn maze is coming to Indiana

7 alternatives to renting a car during this summer’s shortage