Just two hours from Montreal by plane, Quebec’s northernmost region is more accessible than you might imagine. But upon arrival, the all-encompassing tundra and arctic wildlife will have you convinced you’ve traveled much further — and travel around the region isn’t exactly by superhighway.

Nunavik, which means “great land” in the area’s Inuit language, covers almost 110 million acres and is the top third of the Province of Quebec, far into the arctic north. It’s remote, and the large areas is home to only about 13,000 residents. You may also hear it referred to as “Kativik,” as most of it is part of the Kativik municipality, save for a few locally-run Indigenous regions near the coast.  It’s also a completely distinctive area from Nunavut, a Canadian province further north. 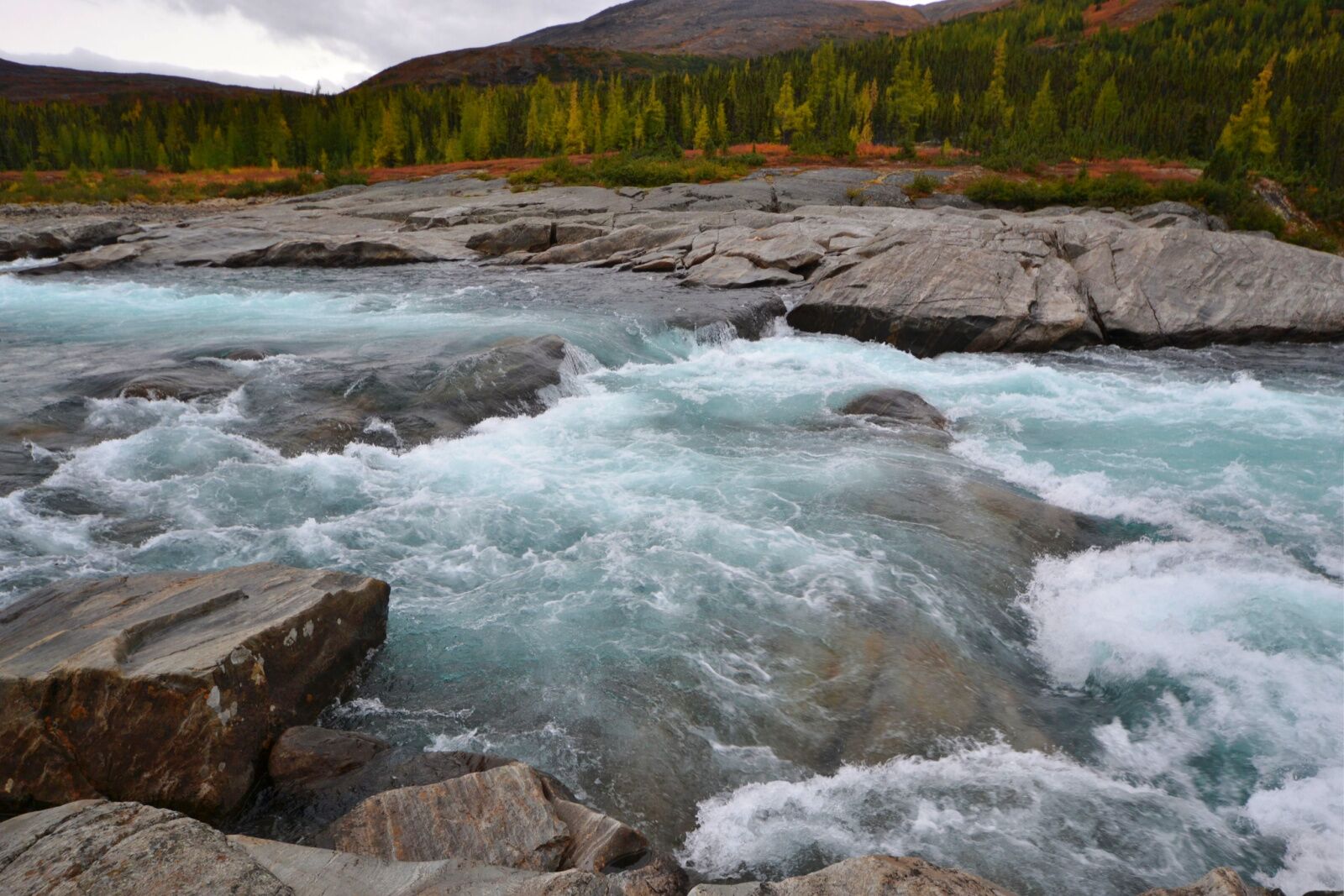 Roads terminate hundreds of miles south of the region, isolating it from the rest of the province (so no, you can’t drive there). When you head north for the first time, that sense of disconnection and unfamiliarity is unmistakable.

While planning a trip north requires more flexibility than more accessible destinations in Canada, the payoff is worth it. Polar bears roam along the coastline (and further inland as well, due to the warming climate) while icebergs float in the Hudson Strait to the north and Hudson Bay to the west.

Adventurers can head east into the Torngat Mountains, skiing seldom-schussed lines or hiking through the dramatic landscape. Others choose to soak in the unique Inuit culture, savoring a way of life more in touch with the land. And some people just savor the experience of being so far away from the rest of civilization for a few days.

Find solitude (and the northern lights) 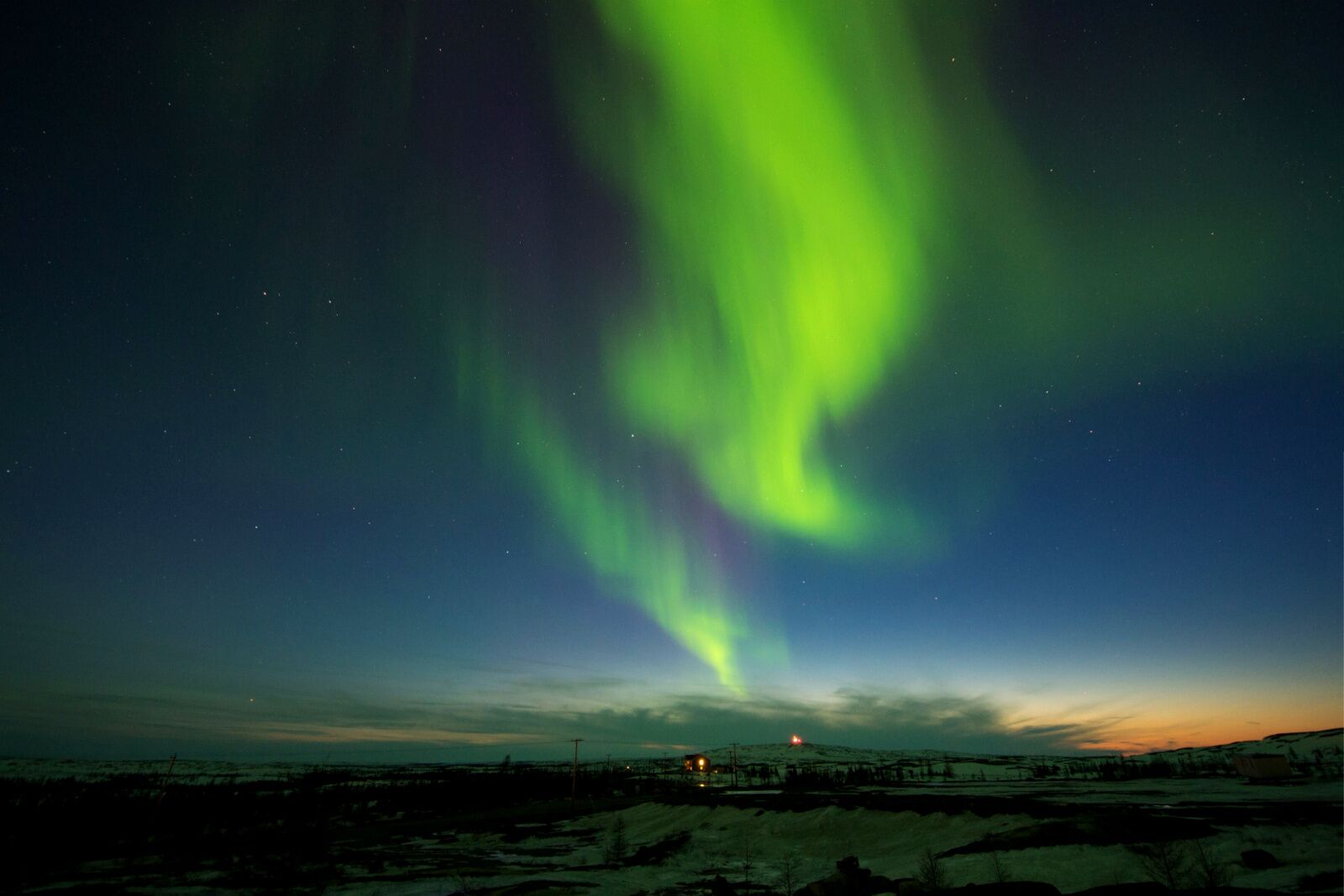 When thinking of remote and adventurous destinations, Alaska is frequently at the top of the list. But Nunavik, which is about a quarter of the size of Alaska, has only 1/16th of Alaska’s population. Of course, a lot of Nunavik’s arctic tundra is inaccessible, but you don’t have to venture far from any of its villages to be alone. After just a few minute walk outside of some of the smaller towns, you’ll begin to notice the silence.

Many arranged tours and itineraries offer visitors the opportunity to venture far away from the villages, deep into the arctic wilderness. But even arriving in Kuujjuaq (home to Nunavik’s primary airport) is like stepping into a different world. Ninety percent of Nunavik’s residents are Inuit, and Inuktitut is the locally spoken language. A mere stroll to the outskirts of town brings you solitude and spectacular views of the tundra.

If you visit any time in the winter, you have a good chance of seeing the aurora borealis, or the northern lights. You don’t need to book any special tours, but you do need to be far enough from light pollution to ensure a dark sky. Fortunately, it’s easy to get away from lights in Nunavik. 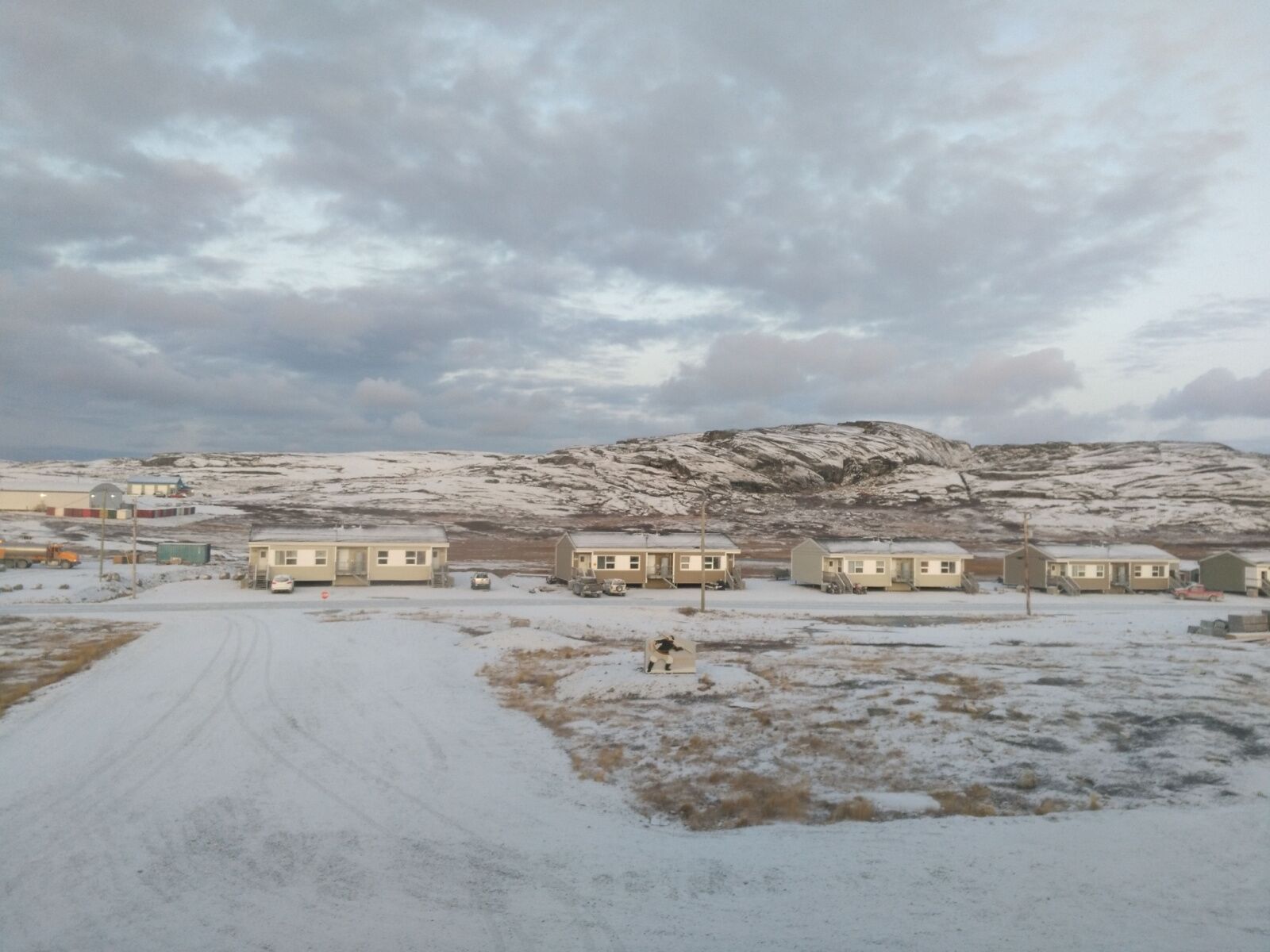 If you’re interested in Inuit culture, visit the Daniel-Weetaluktuk Museum in Inukjuak. The museum’s second floor is styled after a traditional igloo home, and the museum offers tours plus occasional classes on traditional crafts and skills. It’s open Tuesday through Saturdays, and you should plan to spend between one and two hours, depending on how much you like to read the information with every exhibit.

The ancestors of the ethnic Inuit who make up most of Nunavik’s population lived solely off the land until the 1950s and ‘60s. Today, although nomadism is no longer the primary way of life, Inuit do their best to keep their culture and traditions alive. Children, though they’re raised with snowmobiles as their source of transportation rather than sled dog teams, are still taught to hunt, fish, sew, and live off the land. 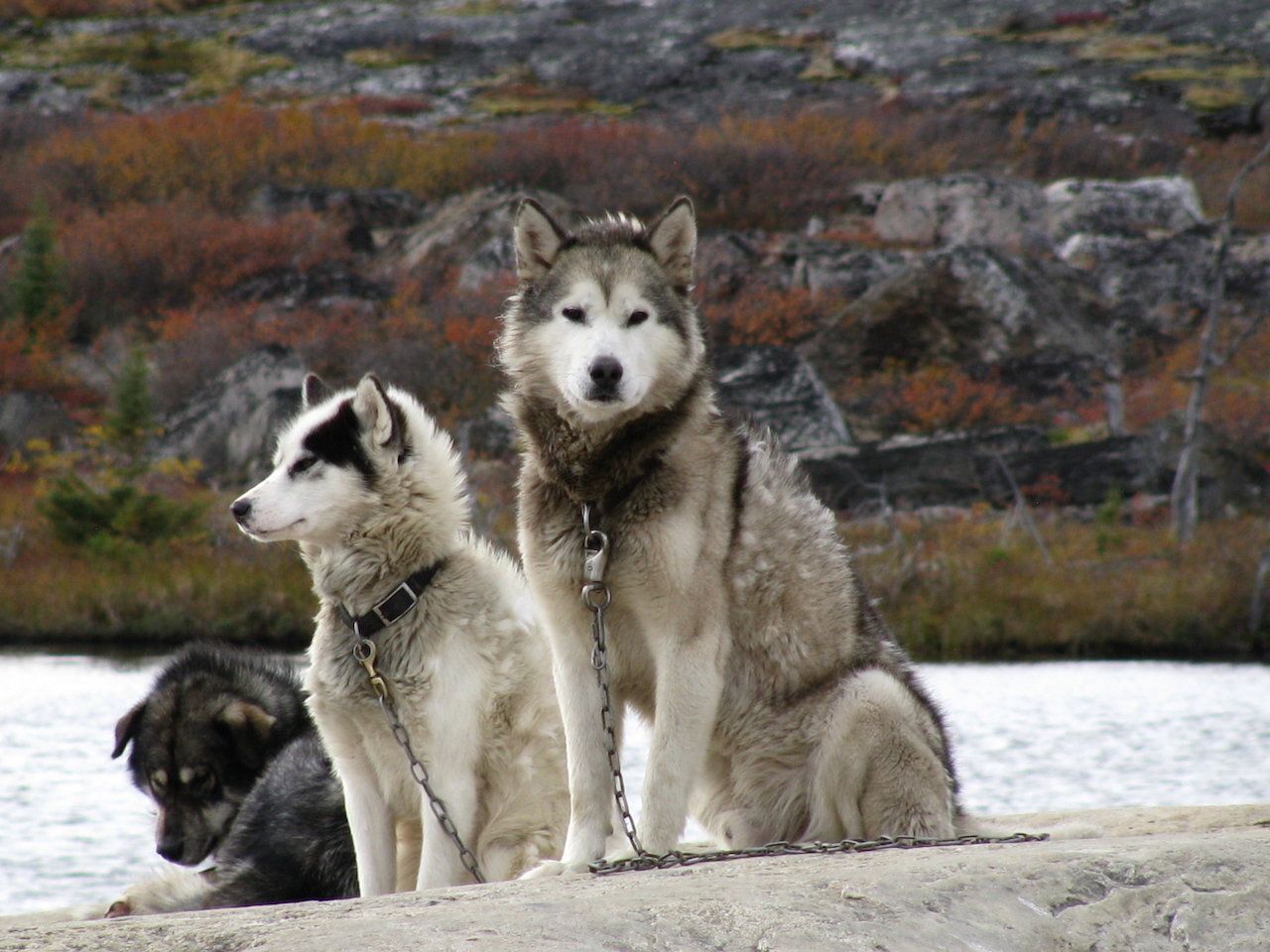 Some families to raise qimmiq (sled dogs) recreationally, paying homage to the elders who relied on the animals just 70 years ago. Cultural centers throughout Nunavik are also dedicated to educating visitors about these 4,000-year-old traditions. Elders enjoy telling stories about their ancestors and personal past, which give visitors a glimpse into the Inuit ways of living.

You can visit with sled dogs near the village of Kuujjuaq, but it’s usually a family that hosts guests and shows them around, rather than an official tourist offering. So it’s easier to have a company based in Nunavik arrange your trip. A good choice is the long weekend from Inuit Adventures, which also includes a night in a traditional igloo (or heated tent, if that’s more your speed). 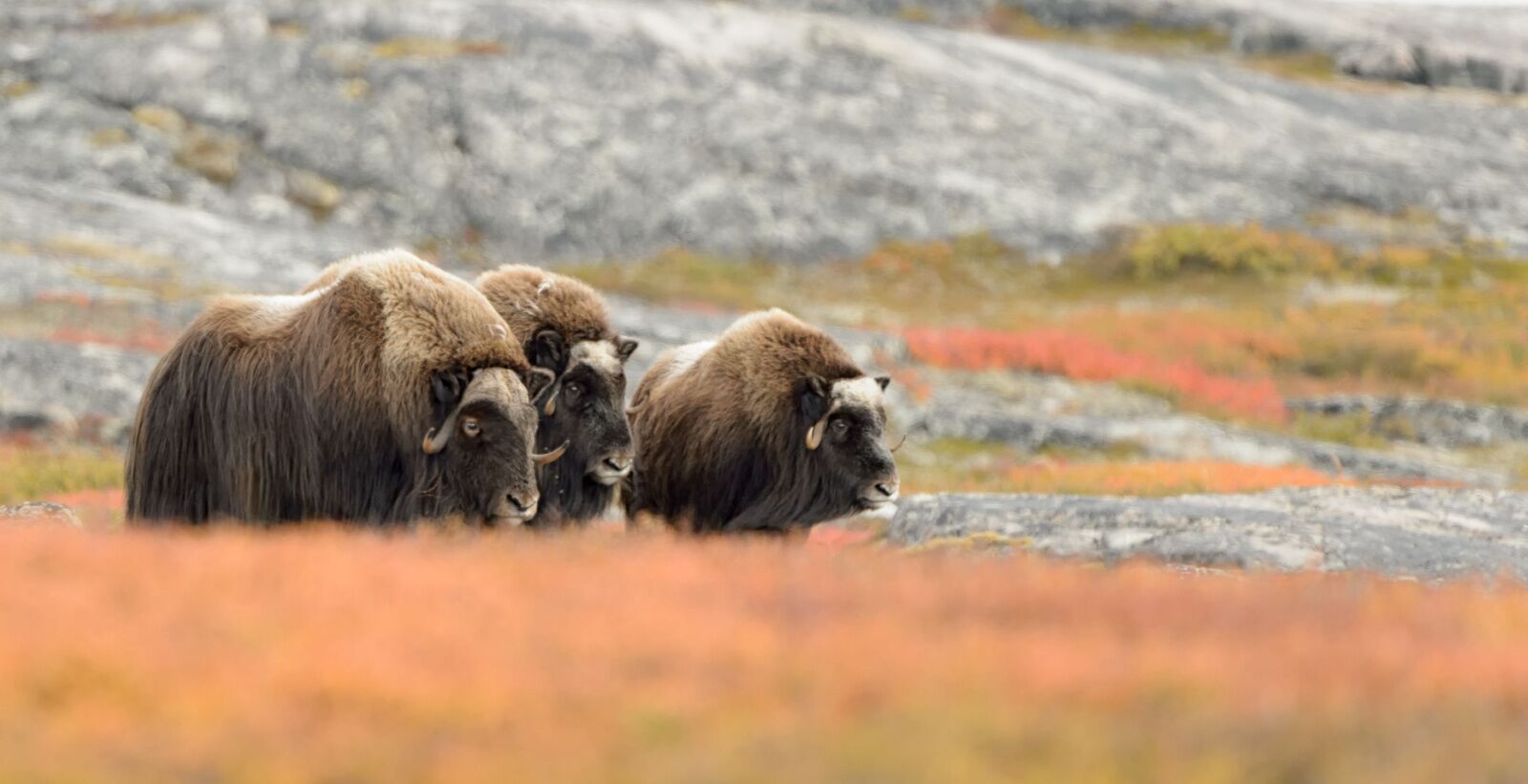 Throughout the US, southern Canada, and much of the developed world, wild areas are often interrupted by roads and hotels, scarring what was once a pristine landscape. Tourists drive loop roads through national parks, stopping at paved viewpoints to snap selfies before heading back to a town that now occupies a space once inhabited by wildlife. It seems like you’re never more than a few miles from some kind of sign of human intervention.

You won’t find that in Nunavik. With the exception of a few miles of roadway here and there, roads remain in the confines of each of Nunavik’s 14 villages. Outside, the land exists as it always has: unspoiled by mankind. Arctic char swim in the region’s lakes and rivers, and caribou and musk-ox continue to roam among the tundra.

Several companies and outfitters (some based in Montreal) offer photography packages. You can take a week-long musk ox photography trip with CanWild Photo Tours, or book a trip that includes a polar bear safari and on-the-water adventure to spot beluga whales. You may also be able to ask your hotel or trip operator from another adventure to recommend a local photographer who can take you out on a private trip, too.

Visit one of four national parks 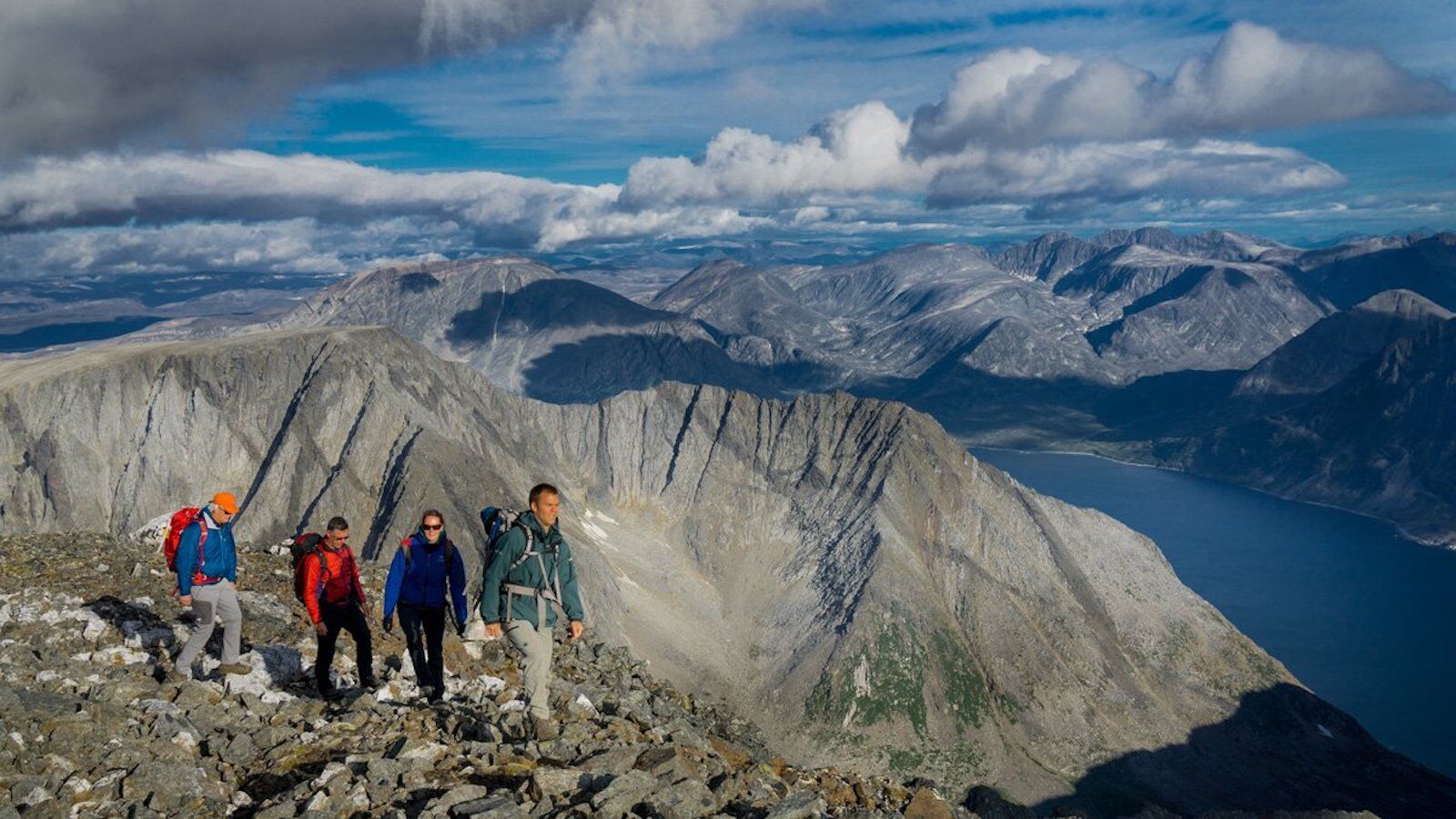 Nunavik is home to four of Canada’s national parks, some of which see fewer than a hundred visitors per year. And these parks, which offer diverse landscapes, also provide a wide range of opportunities to recreate outdoors.

In Kuururjuaq National Park, visitors hike along the Koroc River Valley, following in the footsteps of the Inuit who called the valley home for thousands of years, while others hike alpine trails, ski steep lines, or snowshoe in the boreal forests in the Torngat Mountains. Visitors to Tursujuq National Park, Quebec’s largest national park, cross-country ski along the Hudson coast or watch for belugas beyond the bow of their sea kayaks.

Geology is the highlight of Pingualuit National Park, which is home to a perfectly round, clear and blue lake formed by a meteor 1.4 million years ago. At over 1,200 feet deep, it is also one of the deepest lakes in North America. While exploring the park, visitors also often hike to the picturesque Puvirnituq River Canyon, which is accessible from basecamp.

Ulittaniujalik National Park is the newest in Nunavik and, as a result, currently has limited access and opportunity for exploration. But Nunavik Parks does have plans to offer paddling trips down the George River.

If visiting any of Nunavik’s parks during the winter months, the chances of seeing the Northern Lights dance overhead are high. While exploring the parks, keep your eyes peeled for abundant arctic wildlife, including seals, beluga whales, caribou, musk ox, polar bears, and ptarmigan, to name a few.

How to visit Nunavik 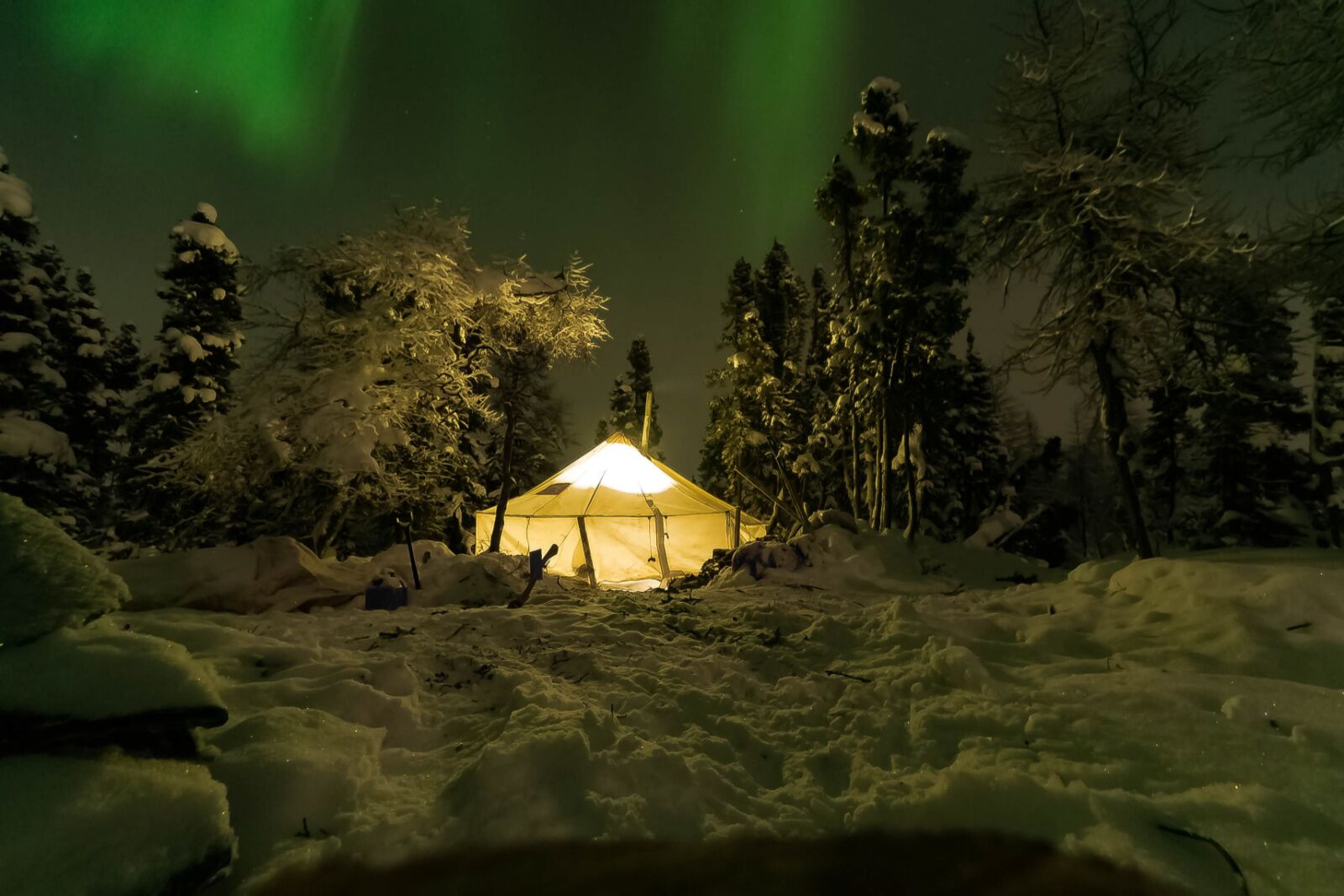 Arranging travel to Nunavik on your own can be a challenge. Many of the parks are difficult to access without the use of a chartered plane or snowmobile, and flights and food can be expensive. It can also be dangerous to explore these wild areas without knowledge of the land and wildlife.

Luckily, several companies offer packages to the Nunavik parks, usually inclusive of flights from Montreal, guides, food, a few nights in one of the villages, sometimes specialty glamping like yurts or igloo camps, and all logistical hurdles. And better still, many of them are Inuit-owned and run, like Inuit Adventures. And the Nunavik Parks Association also offers packages to make everything easy.

It’s not inexpensive — packages with Nunavik Parks typically start around $4,000 for nine days — but that’s not bad considering a flight from Montreal to Kuujjuaq alone often costs around half that. It’s also possible to work with Nunavik Parks to create a self-guided or custom itinerary, giving you the freedom to choose your own adventure.

Epic StaysSee Grizzlies From Your Front Porch at This Canadian Wilderness Lodge
Tagged
National Parks Insider Guides Quebec, Canada
What did you think of this story?
Meh
Good
Awesome