“It’s the beginning of the end for the Great Pacific Garbage Patch,” the non-profit foundation The Ocean Cleanup tweeted on October 20. System 002, the technology behind the largest ocean cleanup project ever, is officially working.

Two vessels from The Ocean Cleanup came back successful after 12 weeks of testing an experimental trash collection system. Over the course of the trial, System 002 collected more than 63,900 pounds of trash from the Great Pacific Garbage Patch, including snow shovels, flippers, toothbrushes by the dozens, and more. If you’re curious, the company posted a video tour of the most bizarre debris found during System 002’s testing. 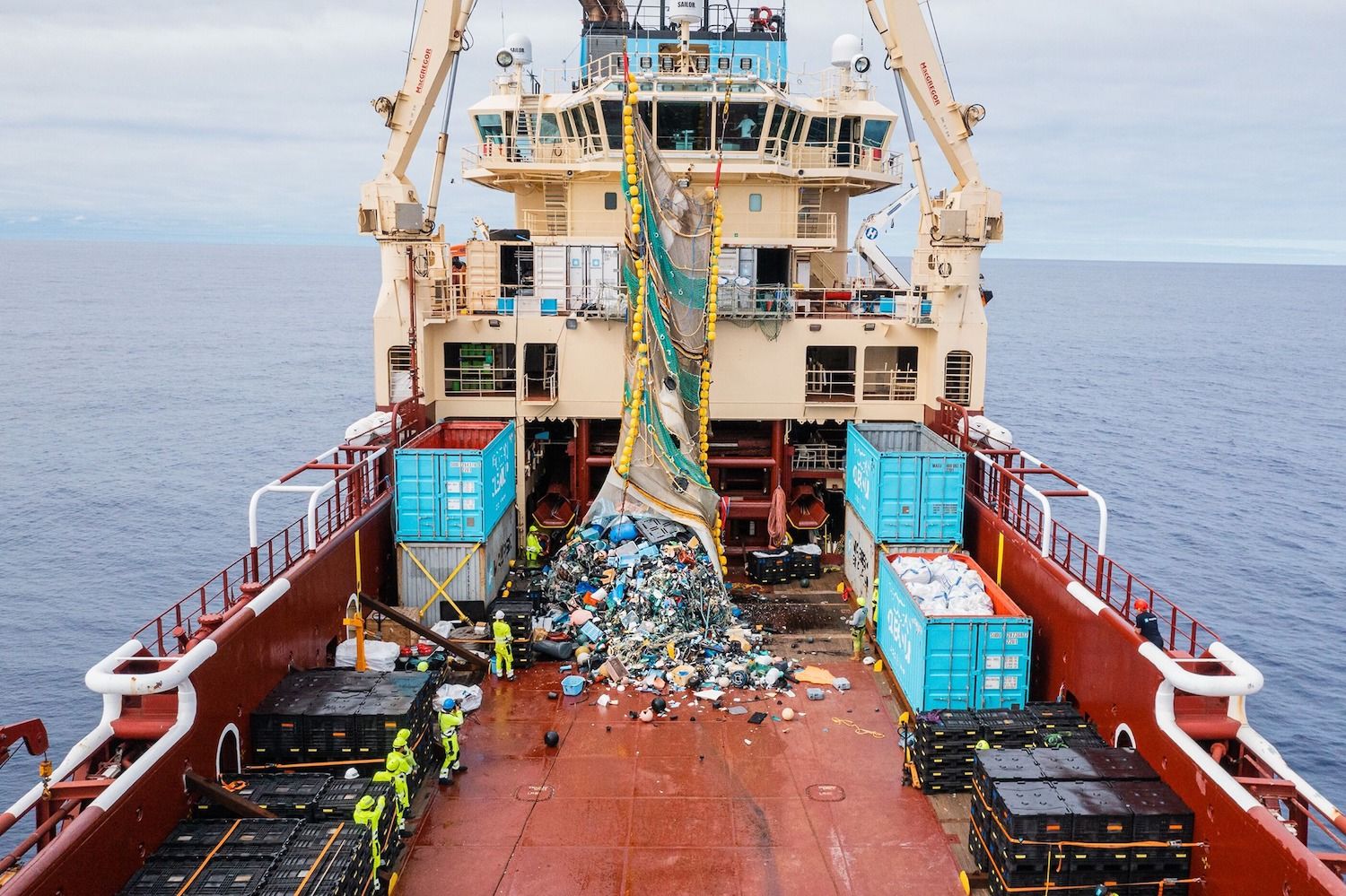 The Great Pacific Garbage Patch is located between California and Hawaii, and, according to The Ocean Cleanup, it’s made up of 1.8 trillion pieces of plastic that weigh about 80,000 tons. That makes it the largest of five trash patches in the oceans. To gather that trash, The Ocean Cleanup uses a long floating device towed between two boats to form a U shape. The device works as an artificial coastline that concentrates the plastic debris. By moving slowly forward, the two boats capture the trash and trap it in a retention zone. The retention zone is then sealed and taken onboard to be emptied.

The technology behind the Ocean Cleanup is first and foremost the result of Boyan Slat’s hard work. In 2012, an 18-year-old Slat held a TedX talk to explain how we could remove plastic pollution from the ocean. Today, thanks to Slat, we’re closer than ever to cleaning the oceans.

NewsTikToker Found Mysterious Underwater Structures on Google Earth. Here’s What the Place Really Is.
Tagged
News Sustainability
What did you think of this story?
Meh
Good
Awesome