Seasoned travelers know to get their travel vaccines up to date before departure and are aware that certain medications need to make it into their first-aid kits for a safe and healthy trip. But there might be one thing missing from their standard healthcare checklist: parasite protection. If you don’t take the time to research what parasites are festering in the local area you are traveling to, you might be setting yourself up for a traveler’s most unwanted souvenir. So, to make sure your travel plans don’t turn into a prolonged visit to the local hospital, check out these seven parasites that can be easily picked up and learn how to guard yourself against them. 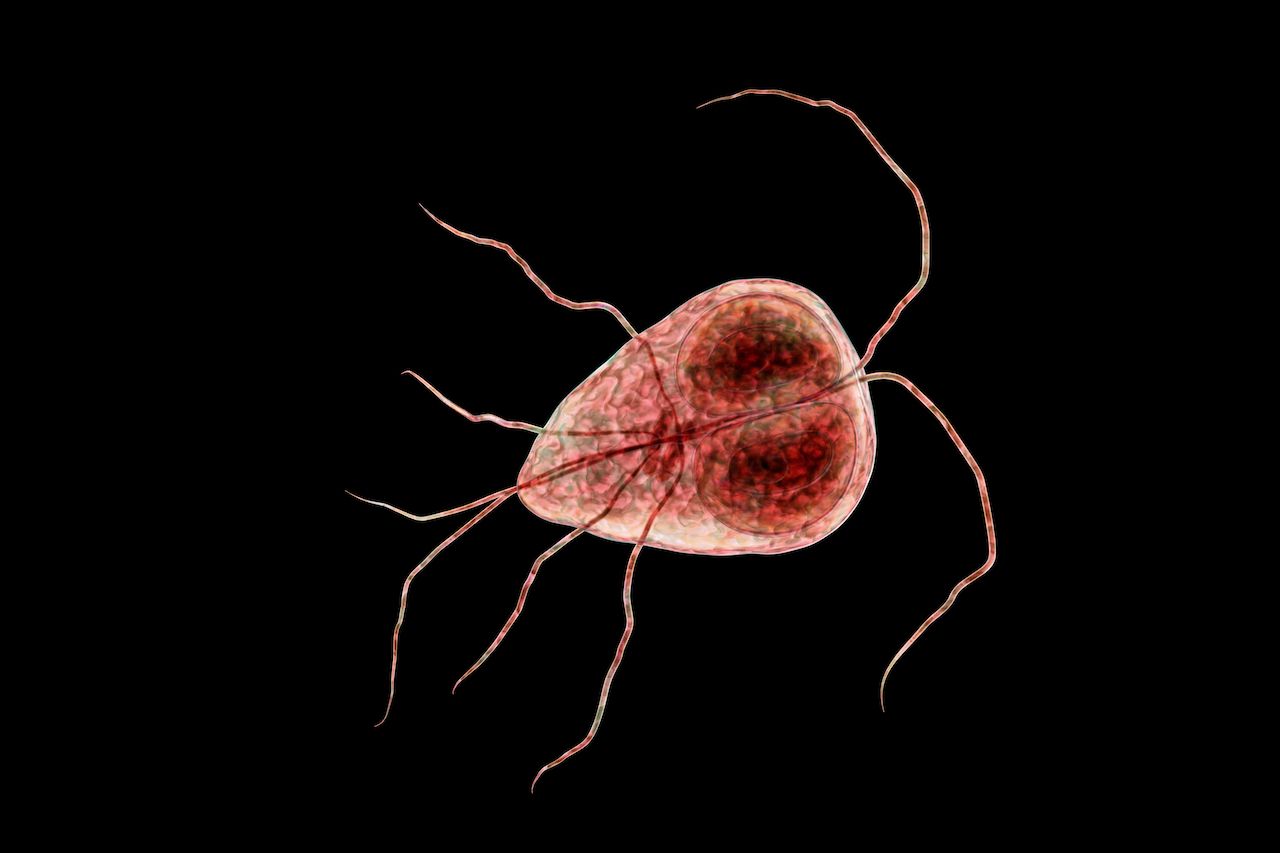 Giardiasis, as the infection is known, is caused by the parasite Giardia lamblia, also known as Giardia intestinalis.

Giardia is most commonly contracted through the ingestion of water (both drinking water and recreational water, such as lakes and streams) that has been contaminated by giardia-infected feces from animals or humans. It can also be contracted by eating uncooked foods like fruit and vegetables.

This parasite can be found worldwide. According to the CDC, Giardia is actually the most common intestinal parasite (for humans, specifically) in the US. It can also be found in countries with poor sanitation and is more prevalent in warm climates.

In most cases, Giardiasis causes stomach upset in the form of diarrhea, accompanied by abdominal pain and bloating. Vomiting is not uncommon, and some of those infected may also experience nausea and dehydration as a result of fluid loss.

Thankfully, there are a few different antibiotic medications that can be administered to help treat Giardia. Giardia can clear up on its own in time, but it’s best to consult a medical professional before choosing to go the wait-it-out route.

Practice good hygiene by washing your hands often, especially before cooking or eating, and be mindful to not brush your teeth with tap water. Avoid ingesting water that has not been filtered, treated, or boiled. In recreational swimming environments like lakes, rivers, or streams, do not swallow water. Opt for cooked foods over raw foods. 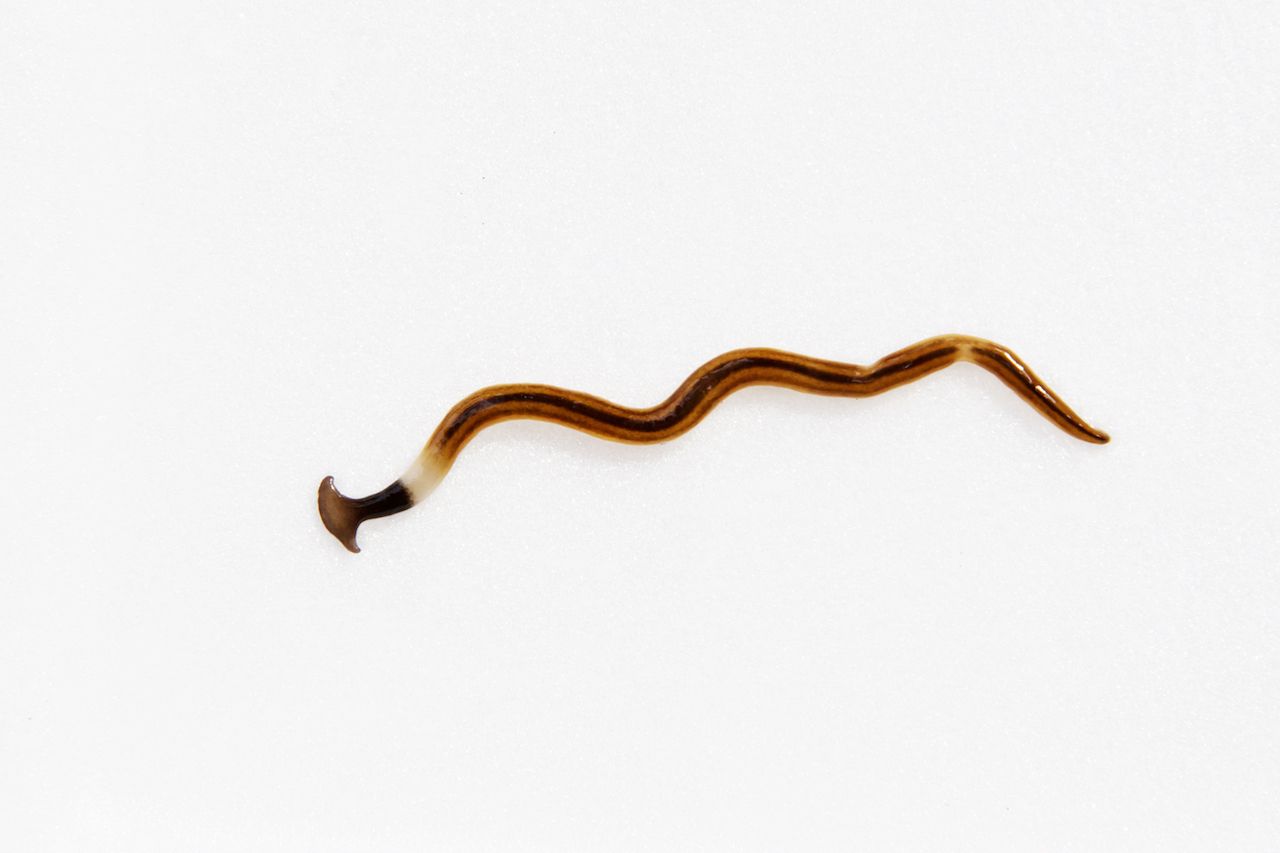 The mouth of a hookworm has a hook-like shape, hence the parasite’s name, that allows it to hook itself into the intestine where it can ingest blood. Often hookworm larvae enter the body through the skin of the foot, so those who have been infected may notice an itchy, red rash. Other symptoms include unexplained weight loss, loss of appetite, tiredness, abdominal pain, and diarrhea. As a result of being infected with hookworm, some people may also experience anemia.

When it comes to treating hookworm, most doctors will prescribe a medication that is designed specifically to kill parasites, like Albendazole. If a patient is also suffering from anemia, iron supplements will likely be prescribed, as well.

Wearing protective footwear when spending time outdoors is the best line of defense against hookworm. Practising good hygiene and washing and cooking food thoroughly before consuming is also extremely important. Avoid drinking any questionable water sources; stick to safe, clean, filtered water — when in doubt, go for sealed and bottled. 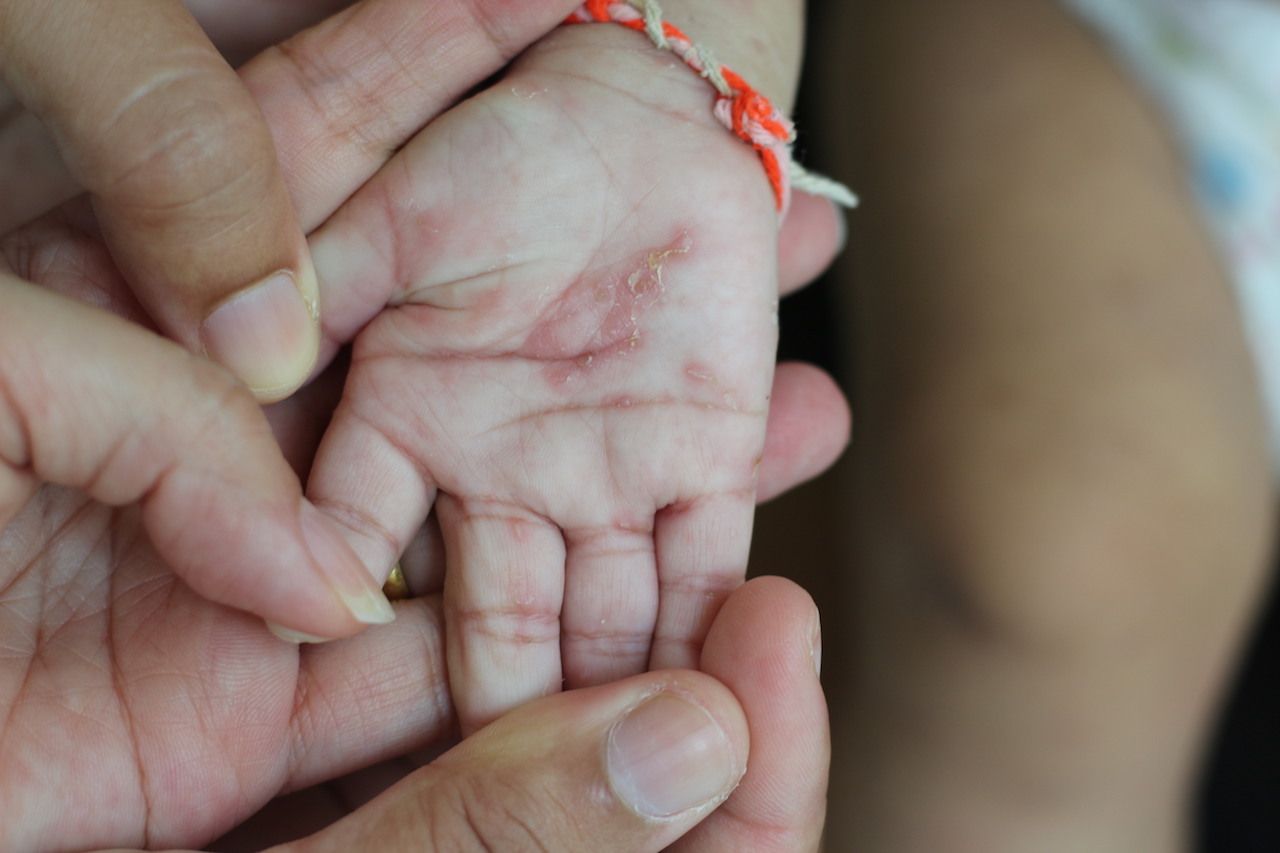 Scabies are microscopic mites that infest human skin. It is commonly contracted through extended periods of skin-to-skin contact with someone who is already infested with scabies. Prolonged contact like sleeping alongside someone with scabies, sexual intercourse, and close contact with household members are all possible ways to get scabies. Sharing items like clothing, towels, and sheets can also spread scabies. Travelers should exercise caution when staying in hostels.

Once the mite makes its way onto (and into) your skin, the scabies infestation will cause extreme itching and an accompanying rash. Generally, the rash looks like small pimples and often localizes in certain areas of the body like the wrists, elbows, and skin between fingers.

Treatment for scabies is often a prescription strength ointment or cream. This scabicide is often prescribed to both the infected and those who are in close contact with the infected person. For example, if your brother gets scabies and you two share a room, you’ll likely be instructed to use the scabicide as a prophylactic measure.

Avoiding skin-to-skin contact with an infected person will help minimize the risk of picking up scabies. In a hostel or shared space, bringing your own clean sheets is wise. You can also use a sleep liner. 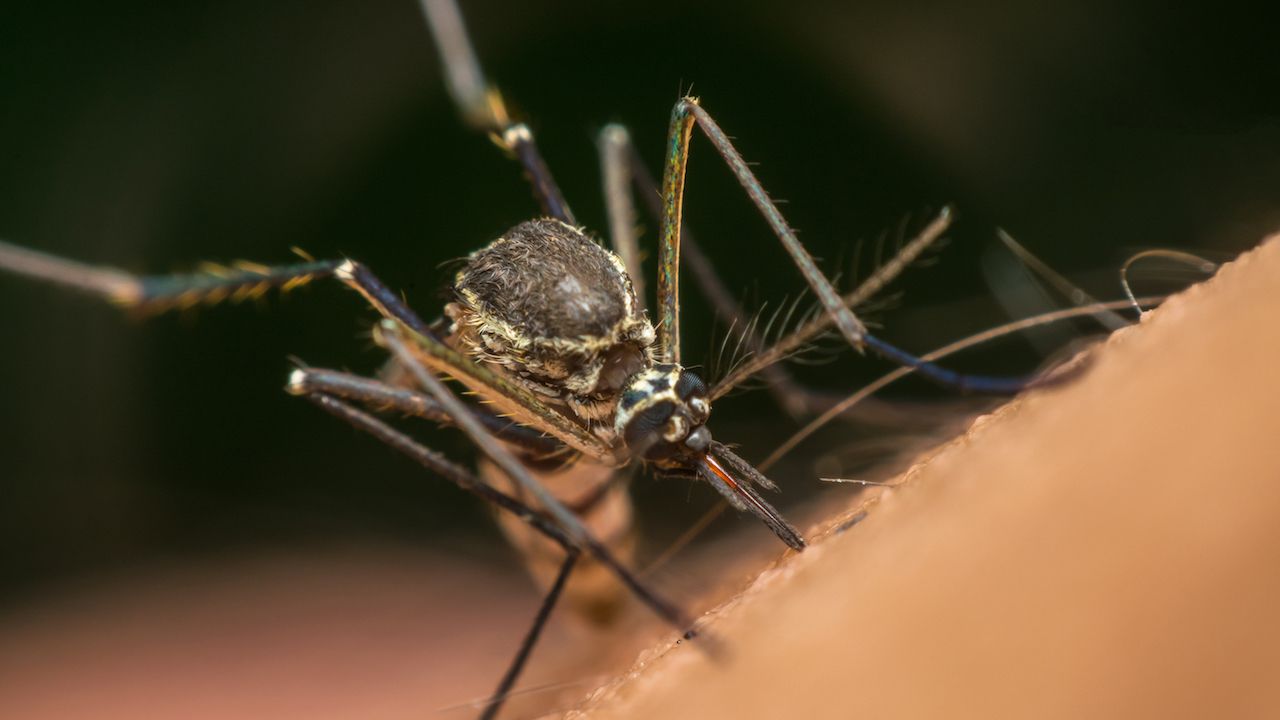 Malaria is a disease caused by a parasite that has infected another parasite, a mosquito. It is caused when a person is stung by an infected mosquito, and the mosquito passes the parasite to its host.

According to the CDC, malaria can be contracted in various parts of the world as it occurs in over “100 countries and territories.” Some of the areas where malaria is prevalent include South and Southeast Asia, large parts of Africa, both Central and South America, parts of the Caribbean, and the Middle East.

Malaria is certainly not a disease to take lightly as it can be fatal if left untreated. Those who have been infected can expect serious flu-like symptoms, including fever, sweats, chills, and muscle soreness or pain.

There is currently no vaccine against malaria, but there are several prescription medicines available to travelers who will visit countries at risk. Anti-malaria medication needs to be taken before, during, and after your trip. Note that since malaria is a disease transmitted through mosquitoes, travelers should prevent mosquito bites by using repellent; covering their skin with long sleeves, long pants, and hats; using mosquito nets and staying in screened accommodations; staying indoors when mosquitoes are the most active; and using permethrin-treated clothing and gear. 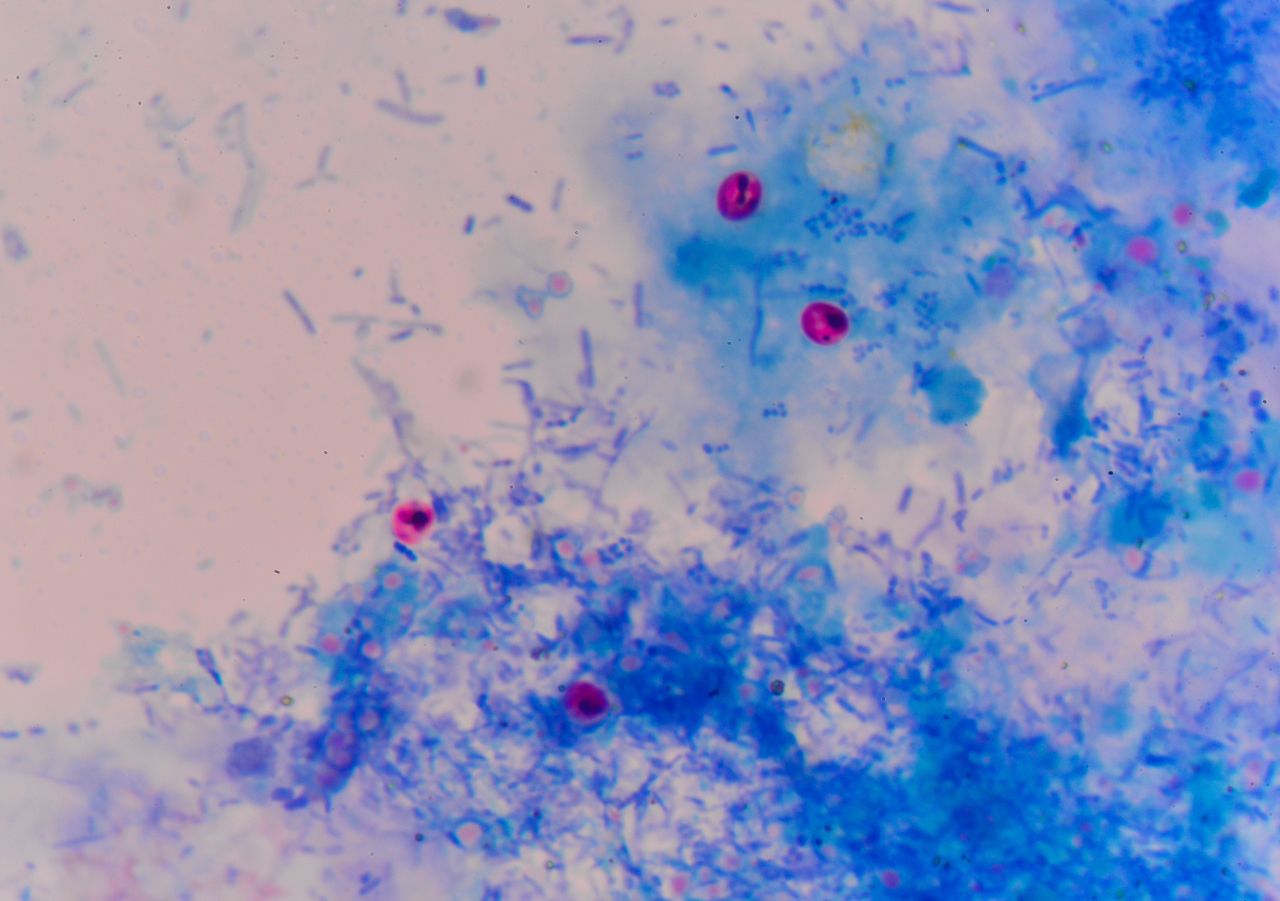 Cryptosporidiosis, also known as “Crypto,” is an intestinal disease caused by the microscopic cryptosporidium parasite. Similar to Giardia, Crypto is spread through feces. It can be found worldwide and contracted by ingesting infected water, both drinking water and recreational water; eating contaminated foods; or touching an infected object and then touching your mouth.

Those infected can expect stomach upset in a variety of ways though watery diarrhea is most common. Nausea, vomiting, dehydration as a result of fluid loss, stomach cramps or pains, and possible fever are some of the other symptoms to be expected.

Unlike Giardia, in most cases, Crypto is one disease that will go away on its own without the intervention of prescription medication. Doctors will often suggest upping fluid intake to offset dehydration. Though this disease can go away on its own, it’s still wise to consult a medical professional if you believe you have been infected. 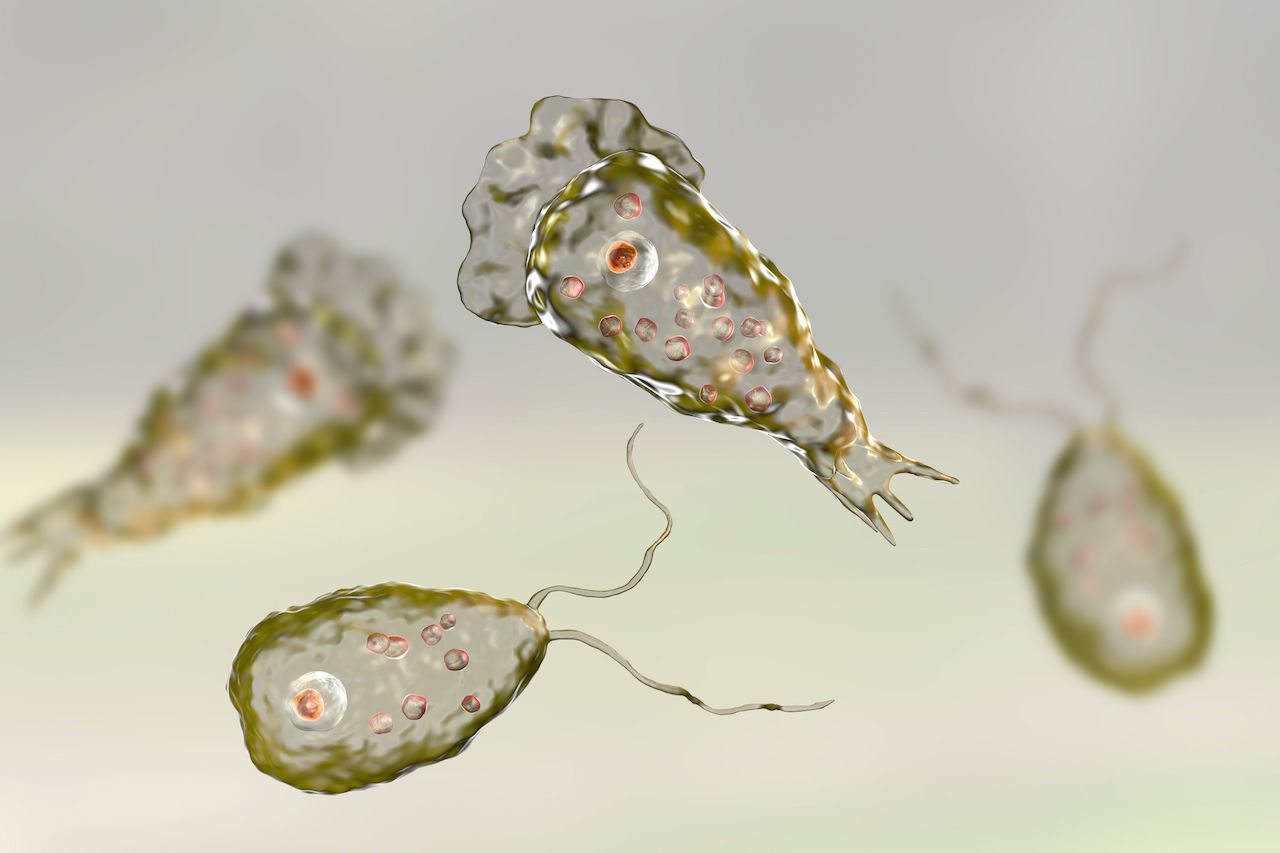 Naegleria fowleri is a rare infection but a very serious one. This infection can only be contracted through the nose. Generally, and most commonly, this occurs when swimming in contaminated water if water goes up the nose.

Naegleria fowleri is found worldwide and is prevalent in warm freshwater, not saltwater. Hot springs are a hotbed for Naegleria fowleri, which can also be found in swimming pools that are not properly maintained and/or not chlorinated. In the US, specifically, Naegleria fowleri can, and has, been found in southern states, including Arizona, Texas, and Florida.

Naegleria fowleri infects the brain as the amoeba eats away at and destroys brain tissue. Early symptoms include headaches and nausea while later symptoms cause stiff neck, a feeling of confusion, and seizures.

This serious infection is often untreatable once diagnosed. According to the CDC, “The fatality rate is over 97%. Only four people out of 143 known infected individuals in the United States from 1962 to 2017 have survived.” 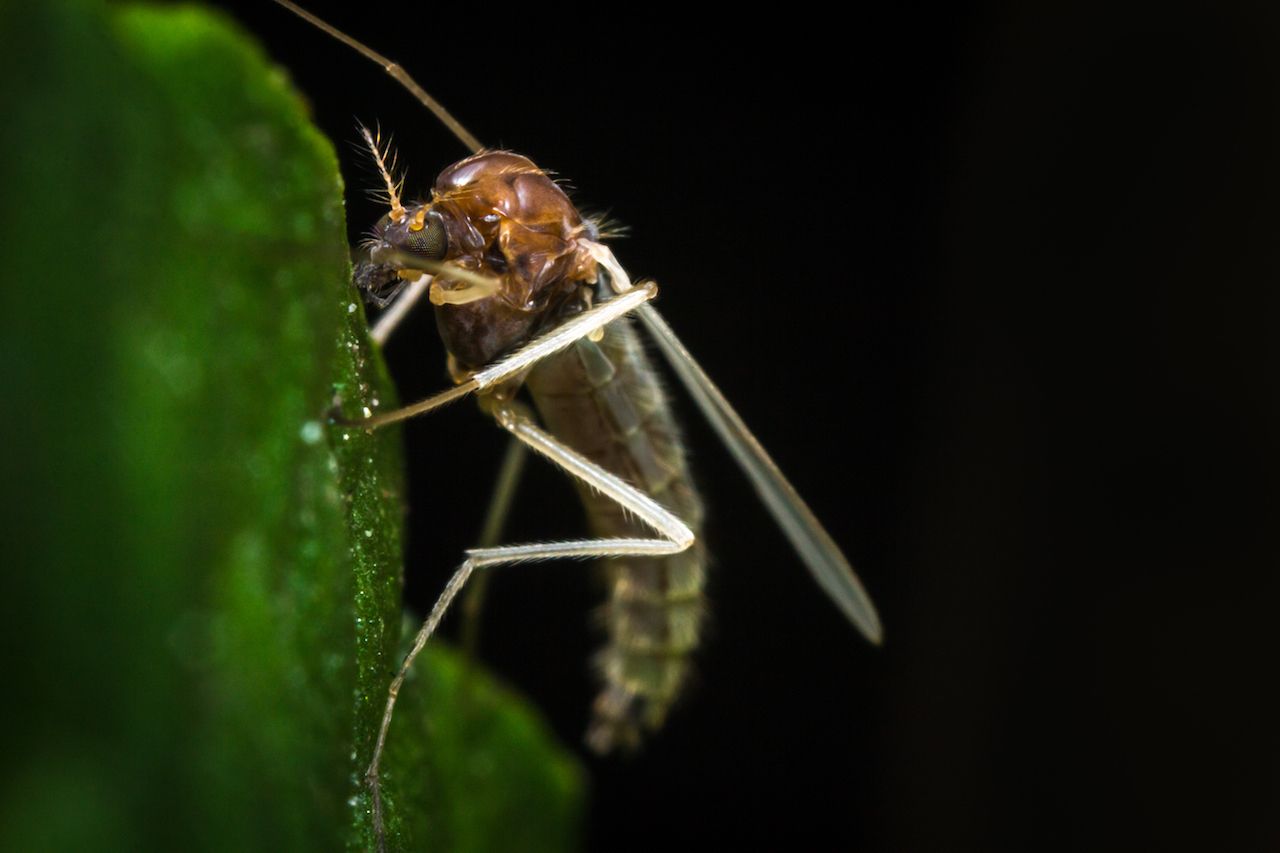 Leishmaniasis is considered a tropical disease as it is most prevalent in warm, tropical environments and regions including Central and South America and parts of Mexico. It is caused by the phlebotomine sand fly.

These skin ulcers can actually heal on their own, but sometimes those who are infected seek out medical help to speed up the healing process, which can help to reduce the possibility of scarring.

Cover your skin as much as possible when outdoors. Use insect repellent on unprotected or uncovered skin. Use nets to further protect yourself when outdoors, as well as indoors. If there are bed nets in your accommodations, they’re there for a reason — use them.

WellnessThese Are the Travel Vaccines You Actually Need, According To an Expedition Doctor
Tagged
Lifestyle Travel Safety Wellness
What did you think of this story?
Meh
Good
Awesome